Note: The first part of this article is satire, please no angry comments on how stupid these ideas are. We know.

CNA recently reported that “The ban on alcohol consumption in public areas of Little India will continue for up to six months… in force every weekend, public holiday and eve of public holiday.“

People have mentioned that it’s really skirting the underlying issues and coming down hard in the wrong areas. But hey, its really not as bad as some of the stuff we’ve seen suggested. Here are 5 of the most moronic ideas on how to prevent a future riot in Singapore. 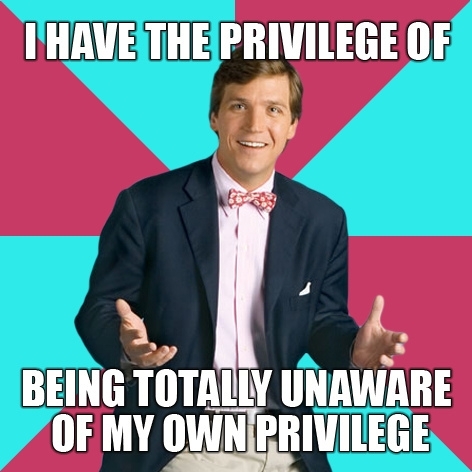 Brilliant idea! So are you gonna help dig the soil, lay the cement or clear the trash? If not, then shut the hell up. We should be ashamed that we think so highly of ourselves that we deem ourselves as “overqualified” for menial hard-labour jobs which are reserved for the “poor, uneducated, and maybe non-locals”.

The underlying sense of superiority in our society is the very reason why we need to outsource. So for goodness sake, stop complaining! 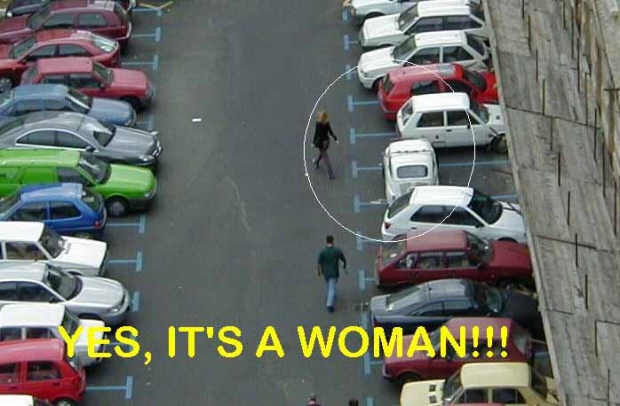 No alcohol = No riot right?

Let’s look a little deeper at this chain of causation. The bus driver happened to be female.

No female driver = No accident = No Riot.

Look! No need for the alcohol ban! Let’s just ban female drivers. And ban buses while you’re at it so everyone can walk to work because that sounds like so much fun.

3. Double the manpower in the police force

Not a timely enough response for an incident that has not happened for 44 years? Not acceptable!

Go on citizens of Singapore, let’s reproduce children like mass production factories with our depressed wages and baby bonus incentives. Send all of your sons and daughters to work as policemen to protect our nation against the evil forces of the universe!

Maybe the police should hire no one but the most fearless. And the interview process would be like a check-box questionnaire on whether they have ever swum with sharks or killed a bear with their bare hands. Mmm, promising. Maybe a plus point if they’re orphans because they don’t have families to return to after work.

Our future policemen will have to sign agreements severing all relationship ties so that they their emotional attachments will not get in the way of fulfilling their job responsibilities. With that, there will be no such thing as life replays or just-before-you-die flashbacks which is a cause to their hesitation. At the crux of a life-endangering moment, they will so courageously get out of the police car and protect our nation against all odds. Even 400:1.

This is a wise one. So… if they wanna grab a drink where do they go? No choice right, they’ll have to make a trip down to our very contented and peaceful local populated neighbourhoods. Good luck suburbs around Little India.

For sure you’ll welcome them with open arms at our bars, clubs or public spaces where they’ll just be harmlessly chillin’ with a beer at your void decks, right? Your children will be completely safe coming home from school and seeing an army of foreign workers merrily having a drink to end of their day of hard labour under your flat. 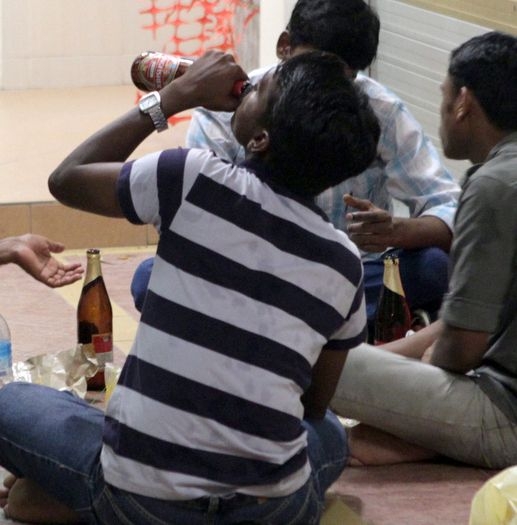 Okay enough with the sarcasm.

I’m not saying that everything was handled well. In fact, I thought it was far from perfect. Some may argue that it was handled exceedingly well, considering the little experience we have from handling riots, and the others are probably just peace advocates. I don’t know… But one thing I do know and we all can agree on is that the results were extremely undesirable.

The very fact that a riot of such large scale broke out makes everyone unhappy. Even if the devastation was minimized, but as long as there is devastation, we feel so angry we need something to blame right? I feel you. Constructive or not, many suggestions were raised, all over place, like a PSI 400 haze. (it rhymes, hah!)

Every step I take out of the flat, I hear all about it. I don’t even need to make a deliberate effort to remember it, I get reminded, everywhere I go. I shan’t even begin to mention the discriminating accusations I heard from passers-by at the mere sight of a foreign worker.

Dear fellow Singaporeans, solving nation-wide issues isn’t just about furiously keyboard warrior-ing about it or hollering curses while watching the news broadcast. Whether we admit, or even care, this discontent has been subtly brewing in our country since god-knows-when. This incident has sparked off and raised our attention to a problem that we have been trying very hard to shove under the carpet.

They are simply a group of ill-treated minorities who ran out of tolerance. Plus, they don’t have an outlet to vent their frustrations. Singaporeans at least have the internet. Neither do they have the language capability nor the familiarity of local culture in expressing unhappiness in ways which are of the norm to us. Even if they are paid so much more than in their home country, even if they don’t speak up, it doesn’t mean they don’t have feelings.

I admit when it’s past midnight, I’m on the way home and I see a group of foreign workers, I shun them quicker than I do a Zombie Run. No doubt, the authorities need some major improvements but we should take a preventive approach rather than a reactive one and look at the root of the problem which is not the emergency riot systems or SOPs but the policies that resulted in this flawed society we live in.

This, is an alarming social issue we need to face together, as an undivided nation.

P.S. And please, I beg you, don’t deliberately pinpoint foreign workers to your children and tell them that they burn our land, rape our women and kill our policemen. Even if they don’t understand what you’re saying, the look of disgust on your face tells them all.

5
SHARES
ShareTweet
10 Things To Do Alone In Singapore Without Getting Judged
Introduction to Taiwan, Taiwan Travelogue - Part 1