Singapore In The 50s

Articles about ‘90s kids’ are far too many online. Today, we’re going to throw all the way back to a time when our grandparents were young — the 50s.

Shirtless children running around kampungs defined the spirit of the 50s. It was a decade when people had no care about the paper chase or the 5Cs. The children played bare-foot in the fields while adults crouched at the steps of their attap houses and work was just for feeding the mouths under the same zinc roof.

The 50s also saw the rise of cultural icons that eventually shaped Singapore. Show your grandparents this list and you might be wowed by their memories from pre-independence Singapore.

1. We had privately-owned zoos with 50 cent entrance fees 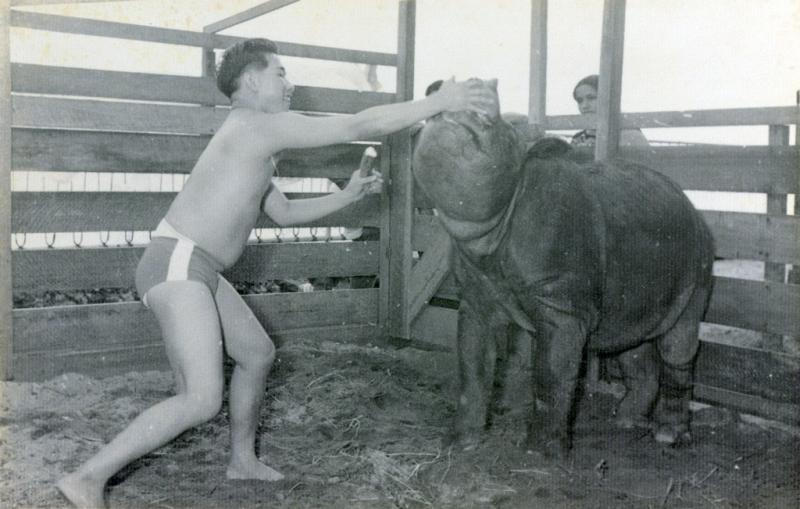 The owner Mr Tong, taking care of his rhino. 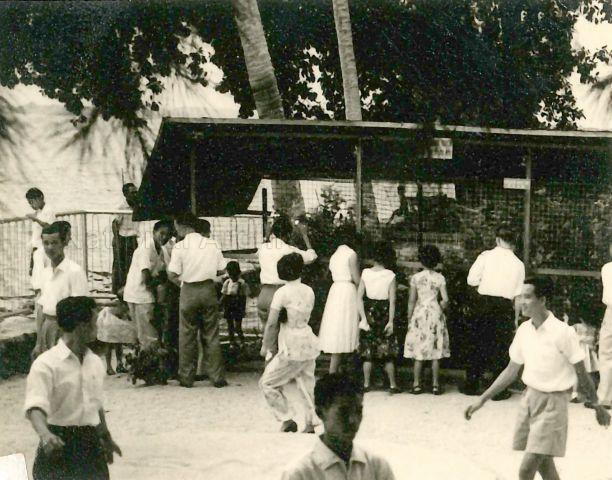 Ticketing fees were also cheaper in the past with adults paying 50 cents and children a mere 20 cents. 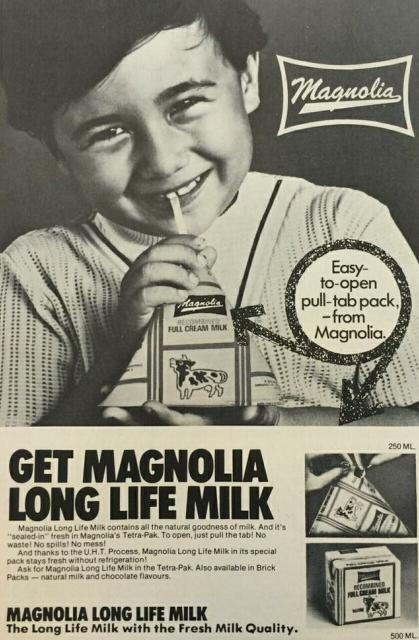 This ought to be the fondest memory any child in the 50s had. Free milk was given out in the schools in the quirky shape of a pyramid, unlike the usual rectangular cartons that we now see everywhere. This unique and iconic packaging is one everyone soon started associating with Magnolia.

3. A swimming pool that becomes women-only on Tuesdays 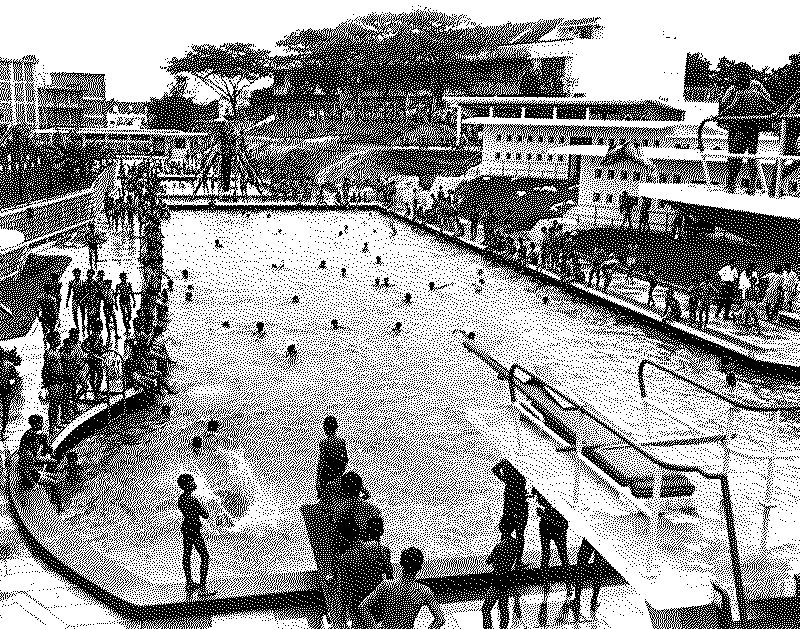 At least 120 Singaporeans visited the pool every day in the 50s. Source 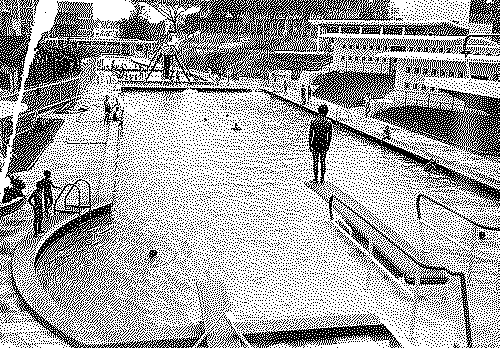 Being the second public swimming pool in Singapore, it is no wonder that Yan Kit Swimming Pool was always crowded with locals escaping the heat. It was often so jam-packed that there wasn’t any room to swim laps and visitors were limited to spending just two hours there.

On Tuesdays, the pool was only opened for ladies who found it immodest to be in their swimsuits among strangers.

4. A scheme for children to save money 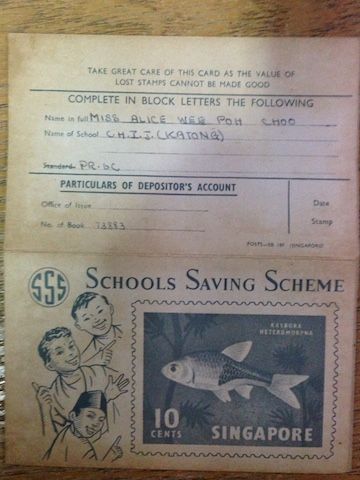 1950s children were taught to save money by buying stamps for 10 cents each, and sticking them on a School Savings Scheme card. Once they’ve stuck 20 stamps onto the card (for $2 in total), they could trade the card in at the post office and their bank account would be credited with the money. If students had at least $5 in their account at the end of the year, they’d even get an extra $5 from the government.

This was to encourage the habit of saving in small doses!

5. There was a legit reason to squat on chairs in coffee shops 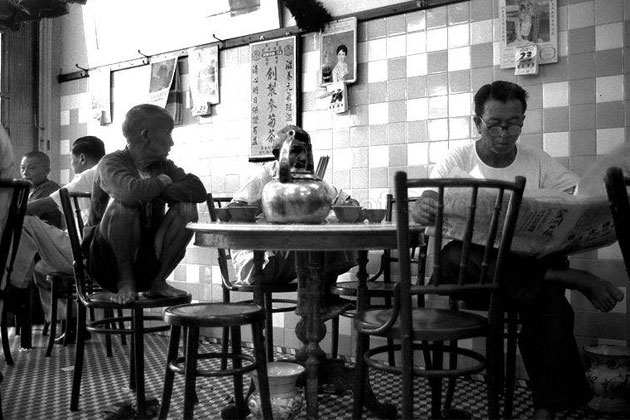 There’s no better reason to squat on a chair than this.   Source

Back when spitting phlegm and chewing tobaccos were everyday habits of the Singaporean uncle, avoiding goops of saliva was easier said than done. 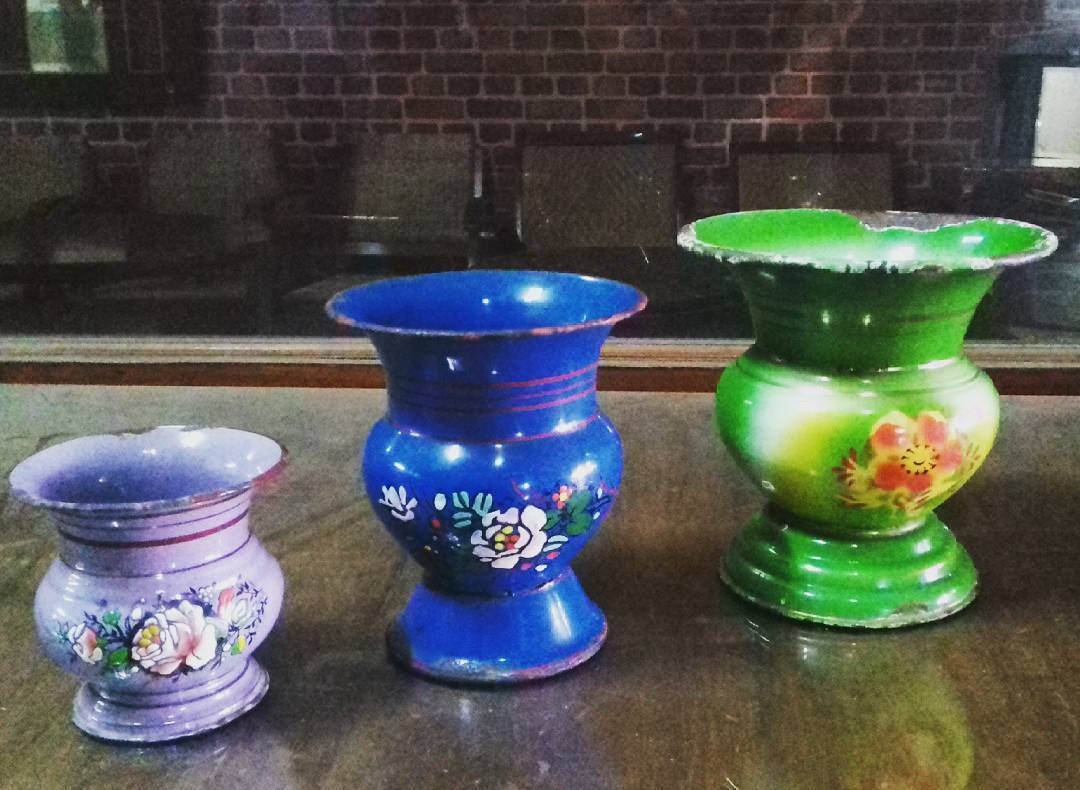 A floor flooded with spit is not a good sight.   Source

By placing vases-like containers called spittoons under coffee tables, it wasn’t long before people realised that they should start crossing their legs or squatting on the chairs to keep the floor clean.

Maybe this was how we mastered the Asian squat. 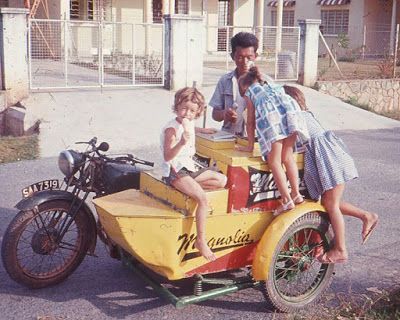 No child can withstand the bell of the ice cream man.   Source

The ice cream man is a familiar sight for us even till today. As Singaporeans, our love for ice-cream in bread is one that has endeared through the generations and through the decades.

In the days of your ah ma, it took on the form of a peddler on his motorcycle with a yellow  “ship” connected to it. In the “ship” was the answer to surviving Singapore’s weather: rectangular blocks of Magnolia’s classic ice-cream. Yasss.

Imagine getting married together with your clique.  Source

In those days, being married alongside other couples was a common occasion. In the different dialect guilds and clubs, over 10 couples could get married all on a single day. This trend lasted till the 70s and there were even instances where they’d all go on their honeymoon together! 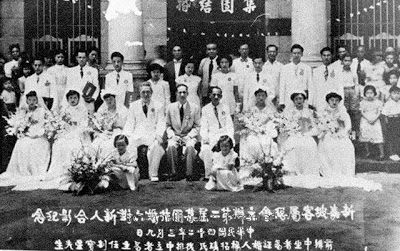 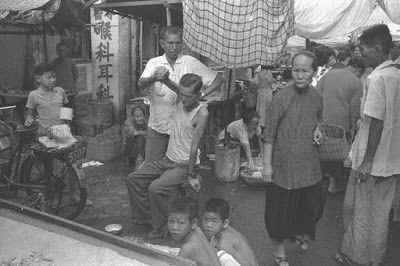 If you ever got a bruise and your ah ma asks you to rub some strange-smelling liquid on it, chances are that she learnt that technique from the koh yok man — the poor man’s doctor.

The koh yok man’s medical knowledge was not acknowledged by Western medicine but has a long tradition stemming from legit TCM. They struck out a living on the streets by providing medical attention for those who can’t afford private doctors. With thwacks here and there, they could even relieve sprains or even joint dislocations. 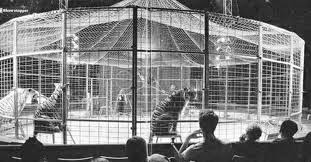 Being in a cage filled with wild cats must’ve been nerve-wrecking. 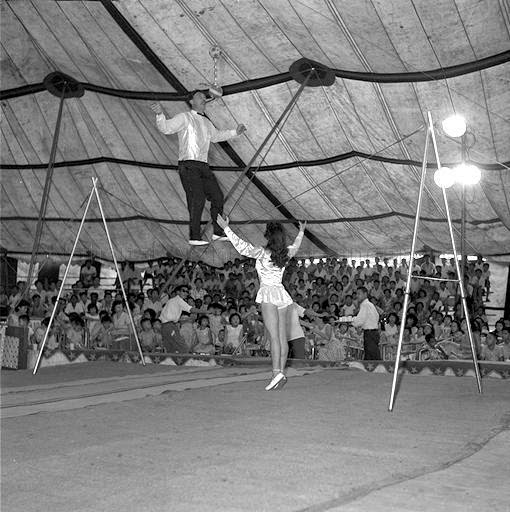 The tightrope has been a classic act ever since the first circuses.   Source

Wild animals in circuses might have been banned in Singapore for more than 10 years but in the 50s, it was all the rage. The Big Tops can be found setting up in any vacant plot of land with the performing animals kept in cages outside them and there’d be 2 shows running every day.

Tigers jumping through hoops, tightrope walkers and gymnasts — there was entertainment for everyone even in those turbulent times.

10. “Burning the midnight oil” was literal 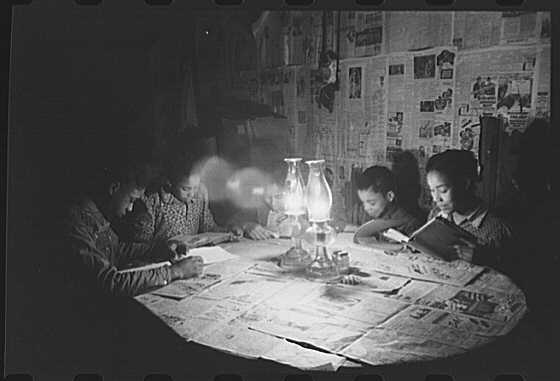 A common sight in families of the 50s.   Source

This was probably the one thing from their past that hardworking students and busy adults would remember of their sleepless nights. By burning the kerosene-soaked wicks, everyone in the family would be able to work through the night in an otherwise dark home.

The scarcity of electricity in those days meant that every night of ‘burning midnight oil’ ran the risk of being a fire hazard.

The 1950s Singapore we will never see

Long gone are the circuses and fear of kicking over spittoons but these are nostalgic elements of our grandparents’ past that you can talk about to see their eyes sparkle. Talking about the 50s would awaken the same nostalgia in our grandparents as it does for us when someone talks about waking up at 9am to catch our favourite cartoon programmes.