Manglish Words That Confuse Our Neighbours 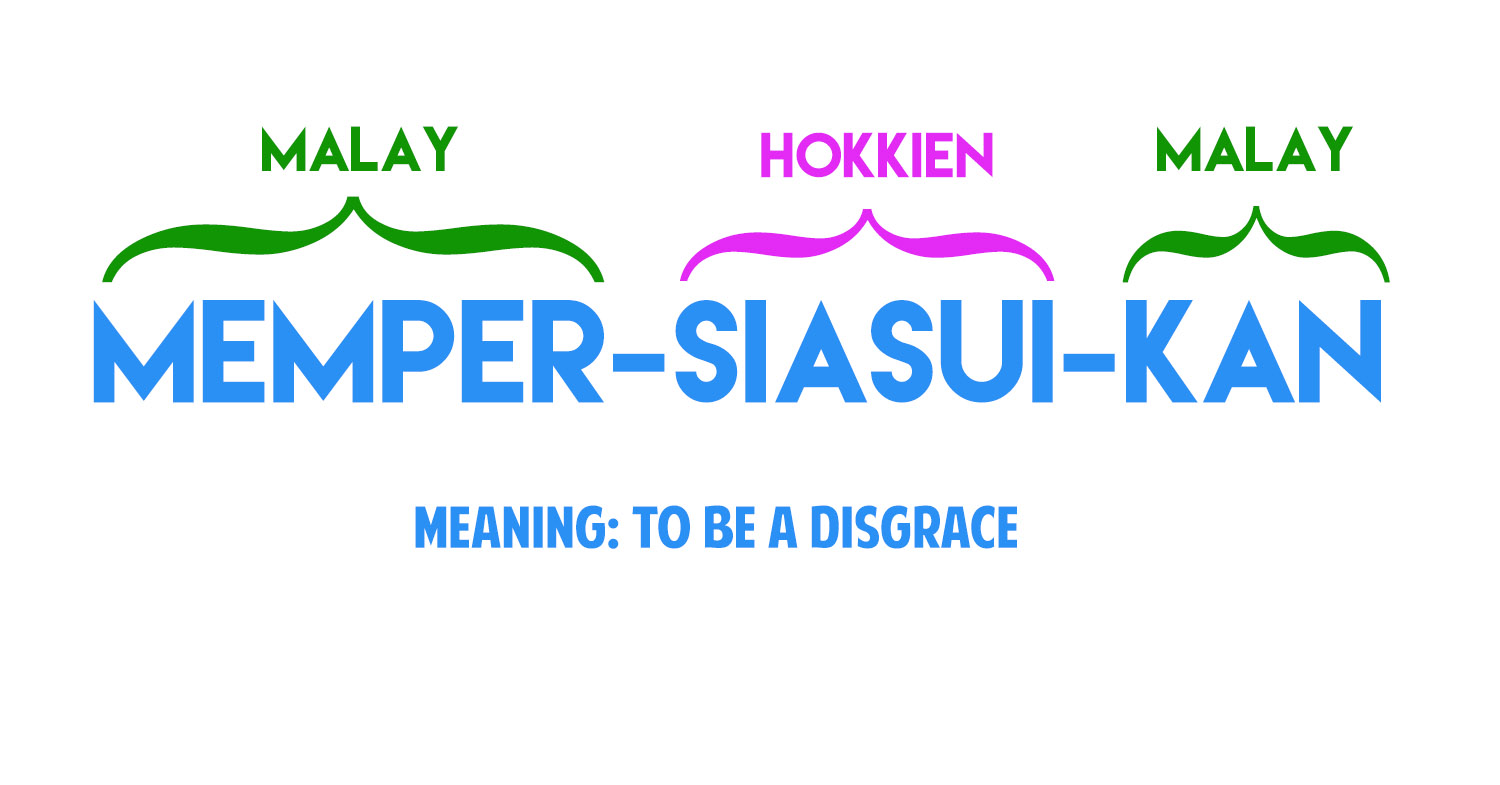 Singaporeans and Malaysians have a lot in common. We share the same love for food, harmonious multi-racial society and we even have our own version of English, sharing words such as abuden and lahs and lehs.

However, there are a few things in our ‘Manglish’ (Malaysian English) tongue so unique to Malaysians that’ll baffle Singaporeans across the border. Here are some of them!

Definition: To be a disgrace.

A fine example of the Bahasa Rojak (mixing up of languages) that we are famous for. This term is used to describe someone whose actions or choices tarnish the reputation of a certain group of people or person.

Let’s break the word down:

“Memper” and “kan” are Malay words called ‘Imbuhan’, part of the Malay grammar. The two words don’t mean anything until paired with a root word, evolving the term into a verb.

“siasui” is a word in Hokkien meaning ‘embarrass’.

Hence, with the Hokkien word mixed into Malay grammar, you get a hilarious term to shout out to those who are about to bring shame to your image.

E.g. “Check your grammar before you submit your portion of the group work. Don’t mempersiasuikan our group.”

“Some of those American Idol auditions really mempersiasuikan diri (embarrassing themselves).”

Unlike Singaporeans who say ‘chun’ to mean ‘perfect’, the Manglish’s definition of the word one-ups the meaning by referring to something that’s aesthetically pleasing. Primarily, it’s used by Malaysian males to describe a pretty girl.

Definition: A nosy or talkative person.

Used to describe someone or a group of people who simply cannot keep their noses out of other’s affairs. Constantly spreading rumours and asking personal questions, they drive friends to certain madness without effort and sometimes without them even knowing. But when it comes to the latest juicy news, the kapster has a list of it on an excel spreadsheet.

Definition: An overconfident or arrogant person.

We’ve all had at least one moment of arrogance before. Whether we were unbeatable at Maths or praised by the boss in front of our colleagues, it was not without the occasional chiding from our friends or family members, accusing how lan si we were.

E.g. “Hah! I can run faster than these juniors. I sure win one!”

“Don’t be so lan si lah. One of them is a regional champion. You didn’t know, meh?” 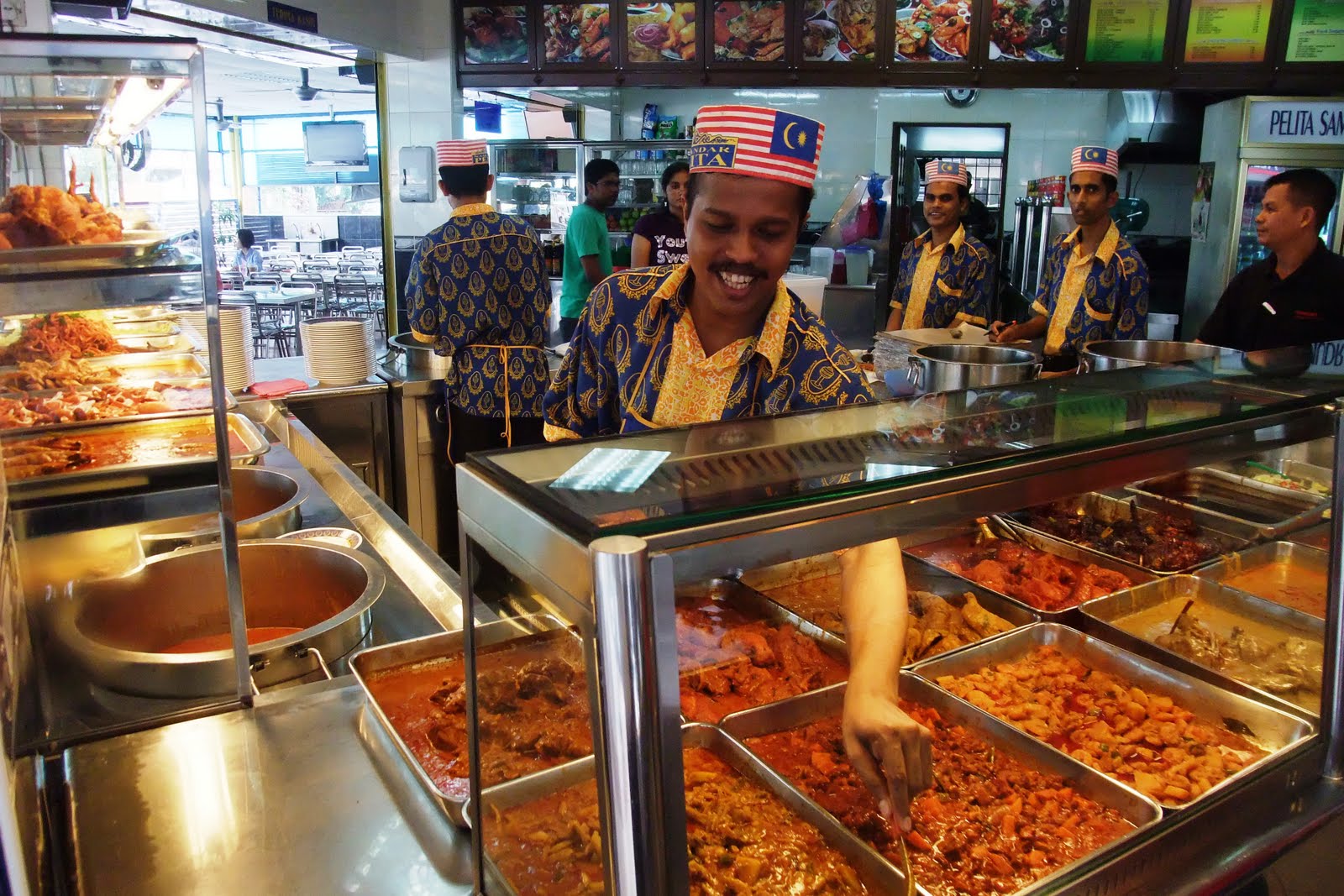 A kedai mamak (mamak shop) in Singapore is a provision shop located at the void decks of high rise apartments. The mamak in Malaysia, however, is a place of culinary greatness, bearing the expertise of both Gordon Ramsay and Jamie Oliver into one. Alongside the usual kopi and Milo, these coffee shops serve up the most sedap Maggi Goreng amongst other dishes.

If reading this has made you hungry, then check out these awesome mamaks in KL for your next supper!

Definition: Killjoy. Someone or something that takes the excitement out of everything.

It’s a term you can use to curse at the wind too.

E.g. *About to go on a roller coaster ride outdoors* 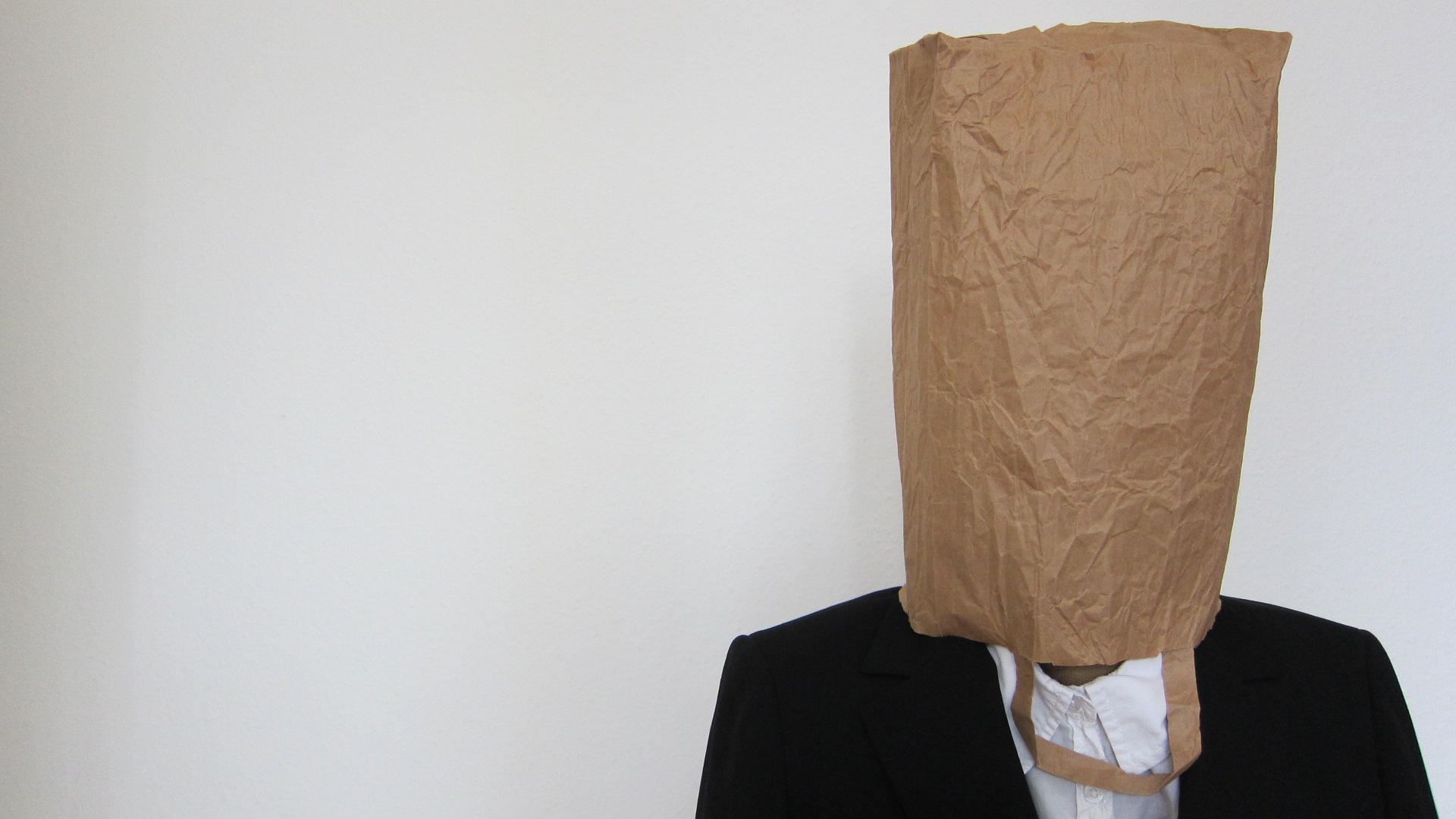 Definition: To embarrass or be an embarrassment.

When you can no longer hide your face when people ask if you’re ‘like that guy in the newspaper’ who did something incredibly embarrassing.

E.g. “Go across the border, act like our road belongs to him, speeding and all. What a maluation to Singaporeans.” 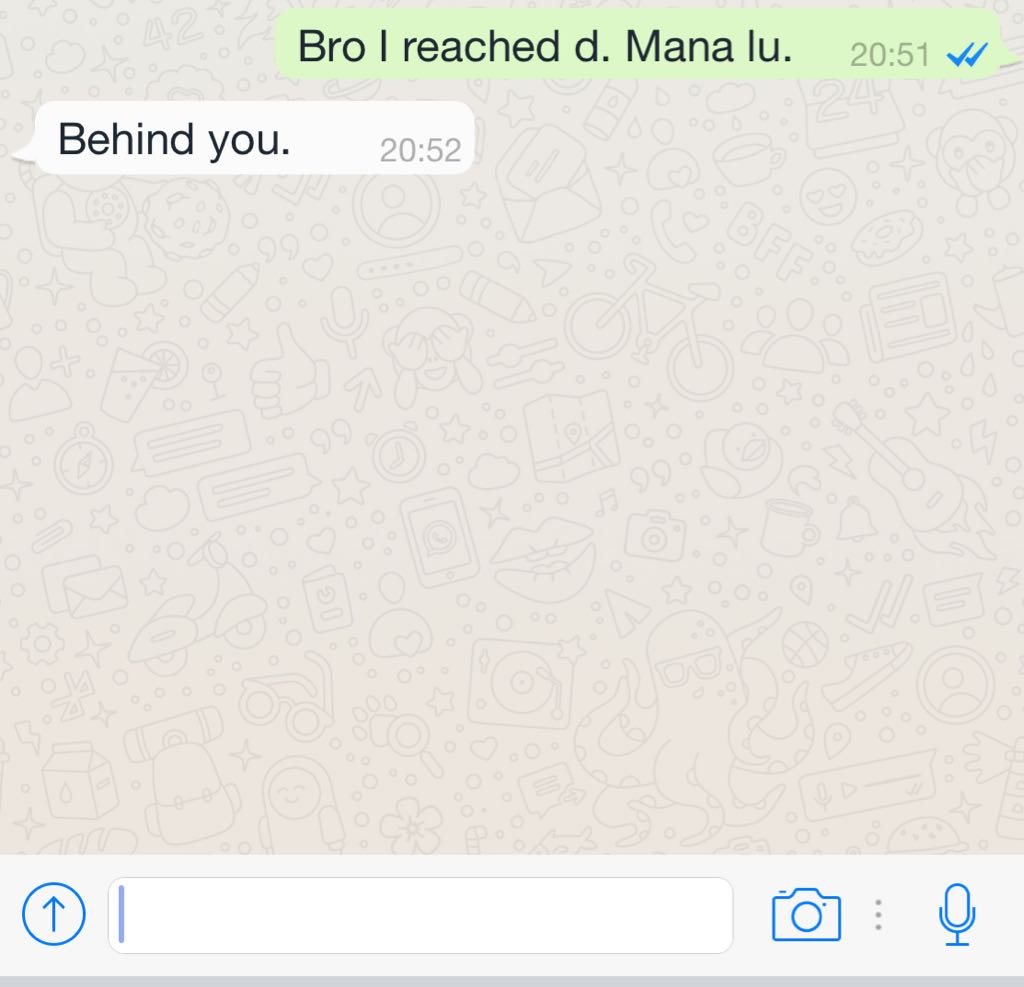 Definition: A ridiculous oversimplification of the word ‘already’.

More commonly used as a text slang (though it’s clearly pronounced verbally too).

Definition: To get caught doing something red-handed.

This song describes it the best:

A term to describe your ‘uh-oh’ moments (like when you’re caught sneaking a snack when you’re supposed to be on diet).

E.g. “I told my mom I was out studying but she caught me playing soccer. Kantoi seh!” 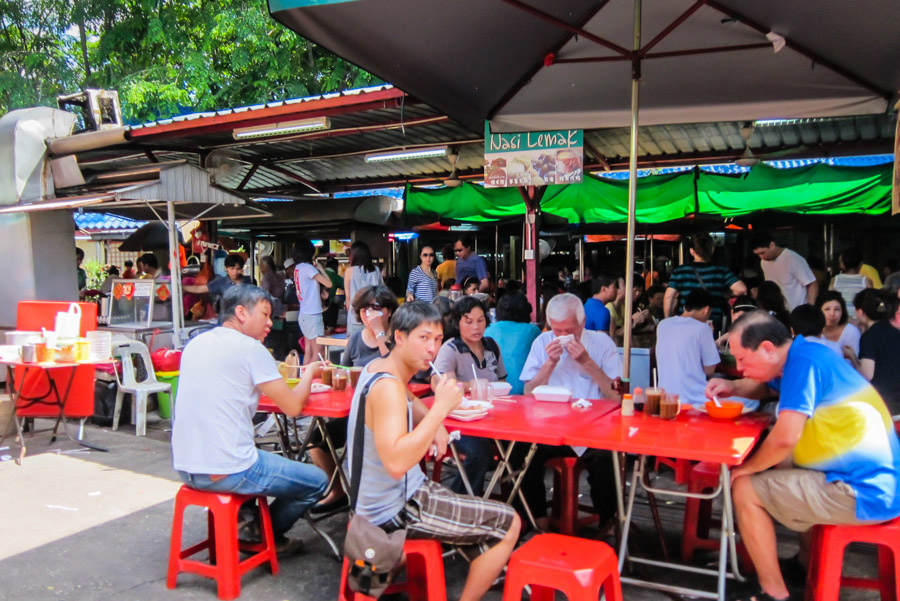 Definition: To hang out with your friends at the mamak/coffee shop over a drink (or two).

Yam Cha (or Yum Cha) is a Cantonese term meaning ‘drink tea’, refurbished to mean hanging out with friends at the mamak. Whether you are asking friends out to ‘lim kopi’ or ‘yam cha’, it is certain that Malaysians love being around coffee shops. It’s an establishment that brings people together.

A less formal way of addressing someone else in a conversation. This word comes from the Kedah dialect. In addition to Hokkien, Mandarin and Cantonese, the various Malay dialects in Malaysia converge to create their own unique brand of English.

Unique Manglish Words We Use Every Day 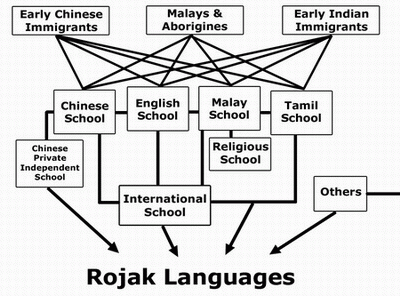 The use of Manglish helps us communicate quickly and locally, instead of forming complete sentences. Also, it’s a common language that binds us Malaysians together! As a language that’s ingrained, we are constantly using it whether we’re out yam cha-ing, or lepak-ing at home.

In any case, if you’re ever in Singapore, try these words out on the locals and confuse them with Manglish’s colourful variety. Be warned, though, don’t be a maluation to yourself and your country folk while you’re there!

9 Unknown Jurong Places To Explore That'll Justify The MRT Butt Cramps Getting There
10 Passive Aggressive Gifts Under $6.70 To Troll Annoying Colleagues At Work