Woman quarantines herself in a tent in her garden

To minimize the risk of the Covid-19 virus spreading, many provinces in Vietnam are requiring citizens who return from infected areas to be quarantined, either at government-controlled camps or at home.

One woman seems to have taken the order extra seriously. When instructed to self-isolate at home, she didn’t live in her house for fear of infecting her parents. Instead, she set up a makeshift tent in her garden to stay so as to avoid contact with them during her quarantine period.

Over the past few days, a woman named Nguyễn Thị Thu Nguyệt has found herself receiving lots of public attention from the online community after she posted a video on TikTok.

The video doesn’t show anything extraordinary. It’s simply footage of a small makeshift tent in a garden, which Nguyệt said would be her new living quarters in the next couple of weeks. However, it’s the thoughtfulness behind it that impresses many people.

From what Nguyệt explained in the video, she’d just returned to her home in Đăk Lăk from Saigon, which is currently a Covid-19 epicenter. According to protocol, she was to self-quarantine for 14 days at home.

But the woman wanted to be extra sure she didn’t carry the virus and infect her parents with it, so she minimized her contact with them by setting up a tent in the garden to stay for a few weeks.

And yes, the tent was pretty humble – basically just a batch of land surrounded by tent fabric, but it came well-equipped with a bed, a pillow and a blanket. There was also a stove for cooking and clean water for washing and drinking.

Her family leaves supplies on a plastic chair for her to pick up
Image credit: @thunguyetttt

The tent was erected several meters away from Nguyệt’s house, and between them, her parents had put a plastic chair, where they’d leave supplies for her every day.

Many meals can be cooked on her stove
Image credit: @thunguyetttt

Just a few days after the video went live on TikTok, it’s attracted 2 million views. Many took to the comment section to praise the OP for her sense of responsibility.

“If everyone can be like her, the pandemic will be over in no time,”
Image credit: @thunguyetttt

“If everyone can be like her, the pandemic will be over in no time,” a commenter said.

Meanwhile, some others took the chance to get quippy, joking that the woman’s parents care for her so much they built an entire “house” for her.

“So this is what moving out from your parents’ looks like”
Image credit: @thunguyetttt

Be responsible toward the community

We’ve had so many reports of Covid-19 patients pulling all sorts of schemes to escape from their quarantine facility. It’s a nice change of pace to see someone going the other direction, even though she probably isn’t even infected.

Perhaps, as some commenters have pointed out, we can all take a page out of her book. Of course, it doesn’t have to be as drastic as she’s done. Simply by staying home and enjoying all the comforts of our familiar spaces, we’re already contributing to the fight against the pandemic. 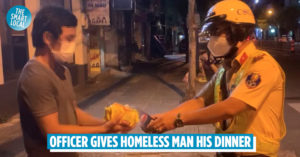 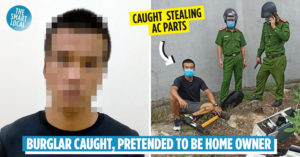