Man walks 16 days to get back to his hometown

It is not uncommon for people to leave their hometown and move to another city for work in Vietnam. However, the recent Covid-19 outbreak has cost many people their jobs. That, coupled with travel restrictions, means thousands of common workers are stranded in a stranger’s city, without money or any means of transport to go home.

Many people have to go through great lengths, quite literally, to return home. Just last week, we reported on a family who tried to cycle 1,300km. Now, another man can’t even afford the luxury of a bicycle, so he walks back to his hometown on foot.

Read on for his incredible journey and how he eventually received help from good Samaritans out there. 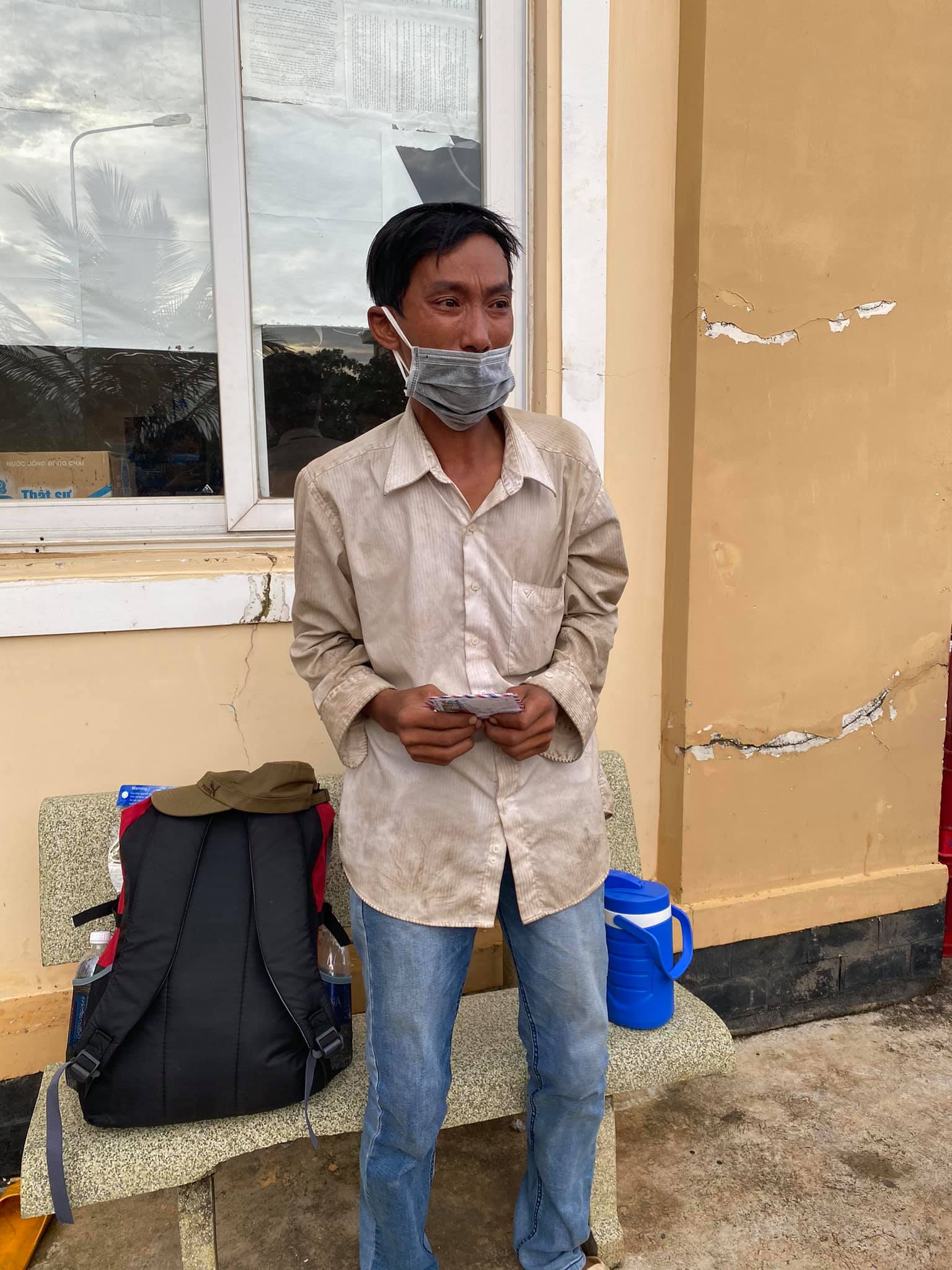 The man crossed 180km on foot before he received help to reach his destination
Image credit: Hải Bắc Nguyễn

Earlier today, Zing News reported on the case of Trần Văn Khánh, a humble man who, with nothing but his sheer will, crossed 180km on foot in an attempt to make it back to his family.

As Zing’s article stated, some time ago, Khánh left his hometown to travel to Buôn Ma Thuột City, Đăk Lăk Province, to work in a garden. However, two months ago, he was caught in a serious accident that left him with multiple broken bones and head trauma. As a result, he could no longer work and was left with no money.

Then this July, having recovered, the man tried to return to his sister’s house in Đồng Xoài City, Bình Phước Province, 220km away. But since he couldn’t afford a train or a bus ticket, he decided to walk the entire way. 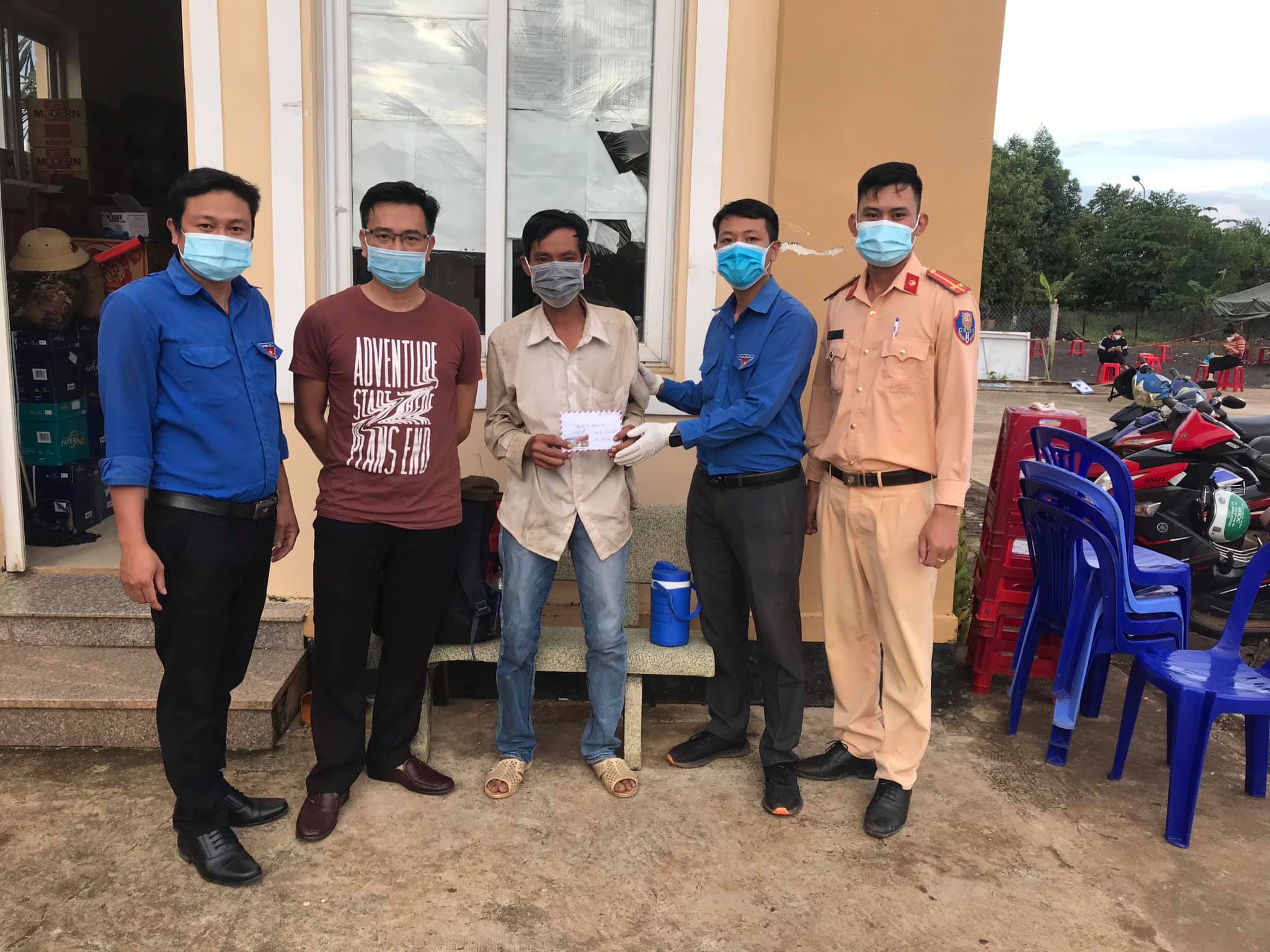 He kept at it for 16 days straight, sleeping right on the roads and feeding on whatever passers-by gave him. By the time he made it to a Covid-19 security post in Kiến Đức Town, Đăk Nông Province on 24th July, he’d already walked 180km.

Thankfully, at the security post, a staff member asked after his story, then upon learning of Khánh’s difficult situation, shared it online to call for help.

Good Samaritans donated money to help him, which made the man cry 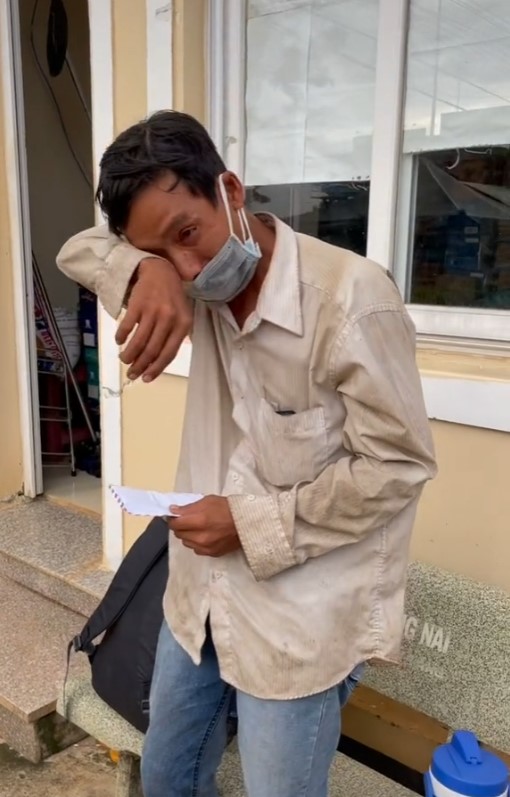 The man couldn’t hold back his tears after receiving the money
Image credit: @skydn95

As has been proven countless times before, many helpful individuals were ready to look after a fellow countryman in distress. Khánh was given free food and accommodation, and as soon as the words got out, multiple good Samaritans reached out to the man to donate money to him, marking an early end to his arduous journey.

The charitable parties managed to amass a sizeable sum of VND7,700,000 (~USD335) to deliver to the man, which he initially declined, only wanting to take just enough to get him to his destination.

Eventually, at the donors’ insistence, he accepted the full sum and couldn’t hold back his tears. In a video, he was heard saying he’d never held such a large amount of money before in his life.

Local authorities also provided him with a free Covid-19 test and helped facilitated transport for him. He’s now made it back to his sister’s house.

And as we often say, all that’s well ends well for the man.

Appreciate what we have, and look out for less fortunate folks out there

Seeing a man tough enough to walk for 16 days straight, but broke out in tears upon receiving donation, really gives us a new perspective as to how fortunate we are to still have a roof over our heads and not having to worry about the next meal.

VND7,700,000 is a meaningful amount to be sure, but probably nowhere near an unimaginable fortune for most of us as it is for the man. Just one simple confession is enough to give us a glimpse into just how much hardship he’s endured throughout his life.

And no doubt there are many others like him too, who are struggling amidst this Covid-19 ordeal. So, if you do see someone less fortunate out there, do be kind to them. 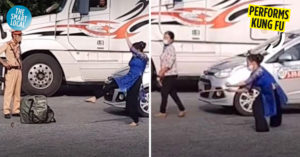 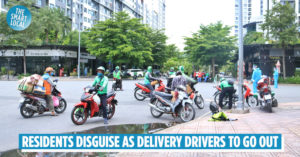