Things only Vietnamese millennials will remember

Even though imported fashion and accessories are flooding Vietnam’s market these days, they can’t replace the objects and toys of the 1990s and early 2000s that Vietnamese kids of the era knew and loved.

From song lyric books to marbles, here are the most memorable things only Vietnamese millennials will remember that will take you right back to your childhood days.

1. Song lyric books – so we could sing along to tunes such as “Người Ta Nói” and “Ước Gì” 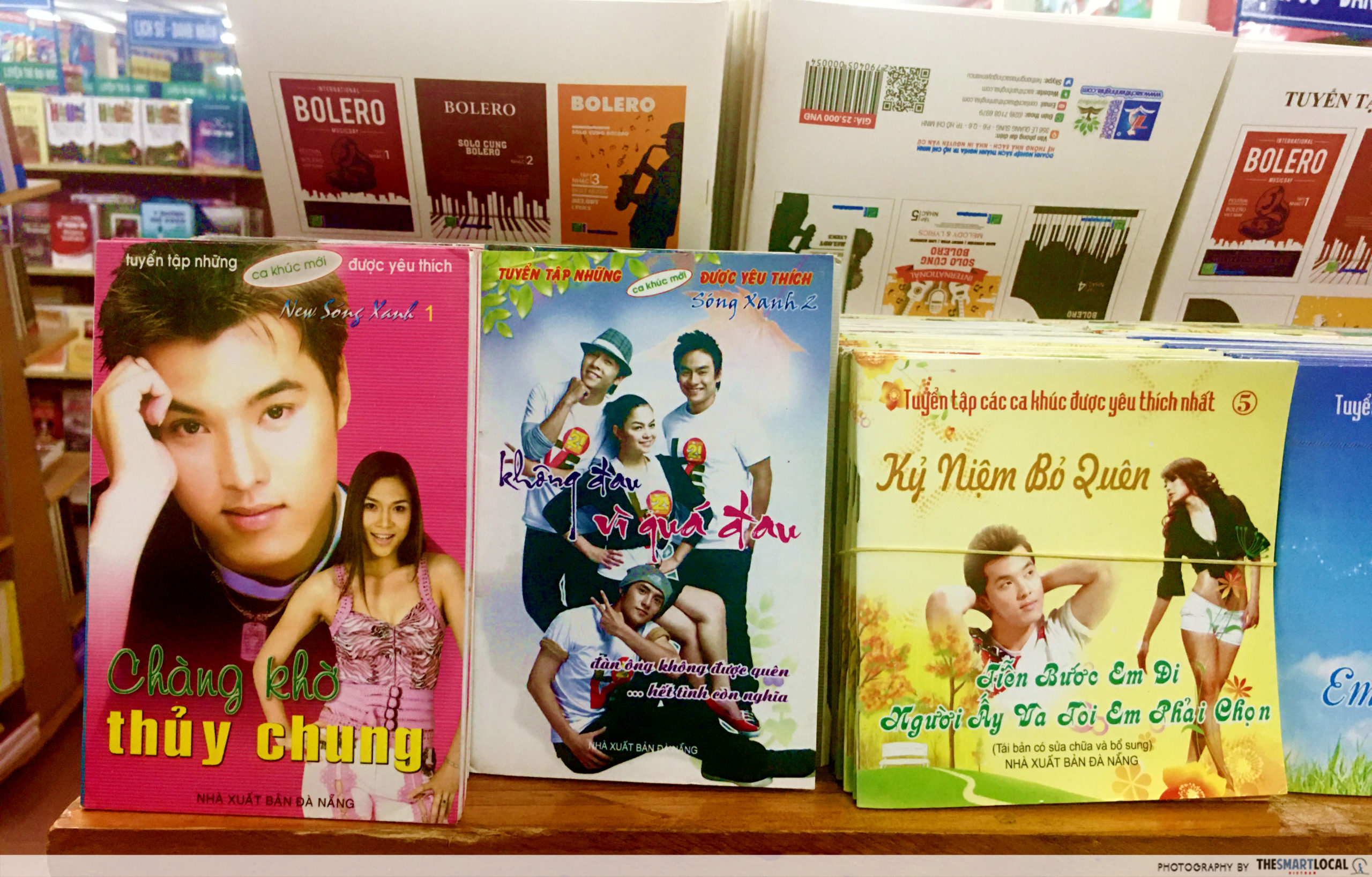 Back in the early 2000s when us teenagers had to beg to borrow CDs from our friends so we could write down the lyrics of our most loved famous songs, these song lyric books were some of the best-selling items in bookstores for kids fortunate enough to get a hefty allowance so they didn’t have to keep replaying music tracks. For the rest of us, we found ways to browse these books in the store and sneakily copy the lyrics down.

Now that people no longer find the need to buy a lyric book when they can Google lyrics for free on the Internet, these lyrics books function only as proof of the old glorious days of VPop. These books may no longer be useful, but from Ưng Hoàng Phúc’s song “Người Ta Nói” to Mỹ Tâm’s hit “Ước Gì”, they surely carry a precious memory of yours within.

You can find this item here:

2. Fountain pens and fountain pen ink – how we practiced our handwriting before computers were a thing 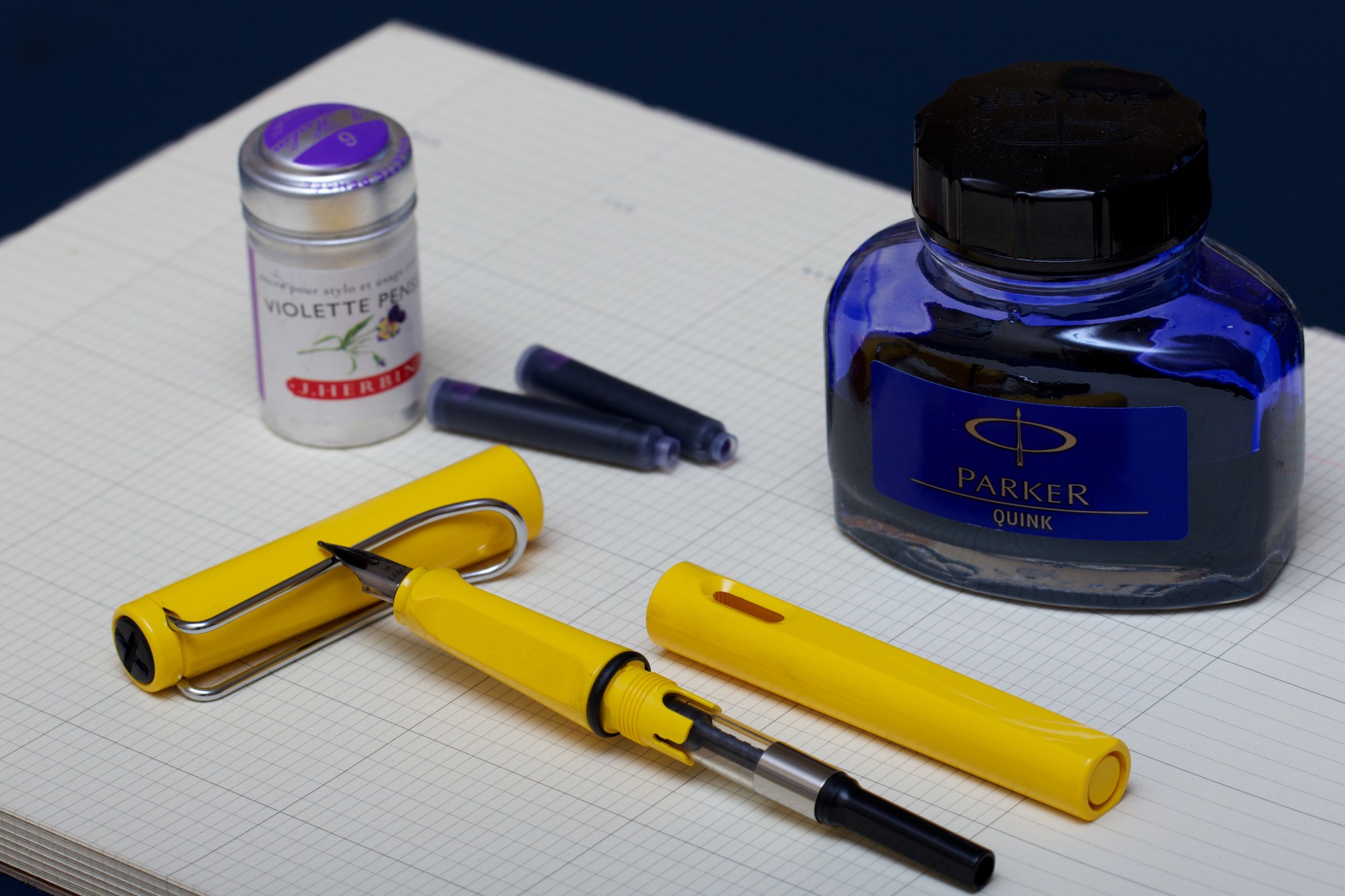 99.9% of millennials in Vietnam began their education with fountain pens and ink jars. If we held our fountain pens in the wrong way or were not careful with the ink jar, we’d be covered in ink. Unfortunately, the development of modern stationery has rendered fountain pens a thing of the past.

Nonetheless, this is still the best type of pen to hone your handwriting because writers tend to slow down when using a fountain pen, which forces you to pay attention to your pen strokes. 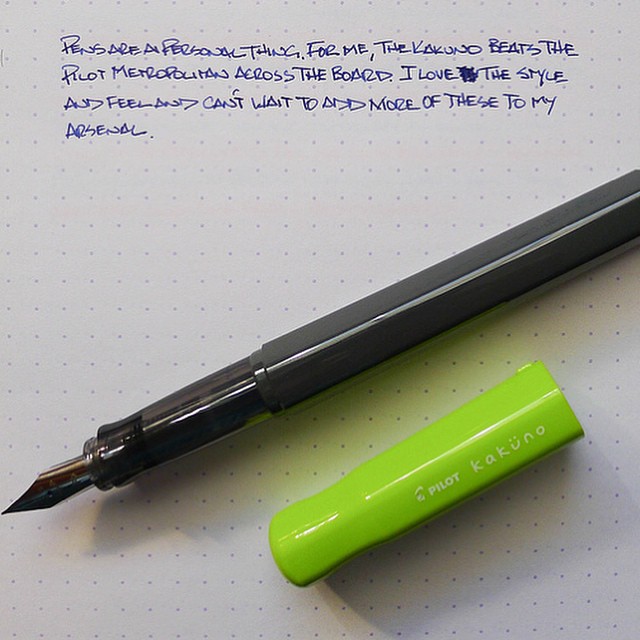 If you’re keen to help your kids improve their handwriting skills, get them fountain pens and fountain pen ink – but maybe line their tables with newspaper and get them to wear old t-shirts first to catch the spills.

3. Floppy disks – from the time computer games were small enough to fit into one or a few 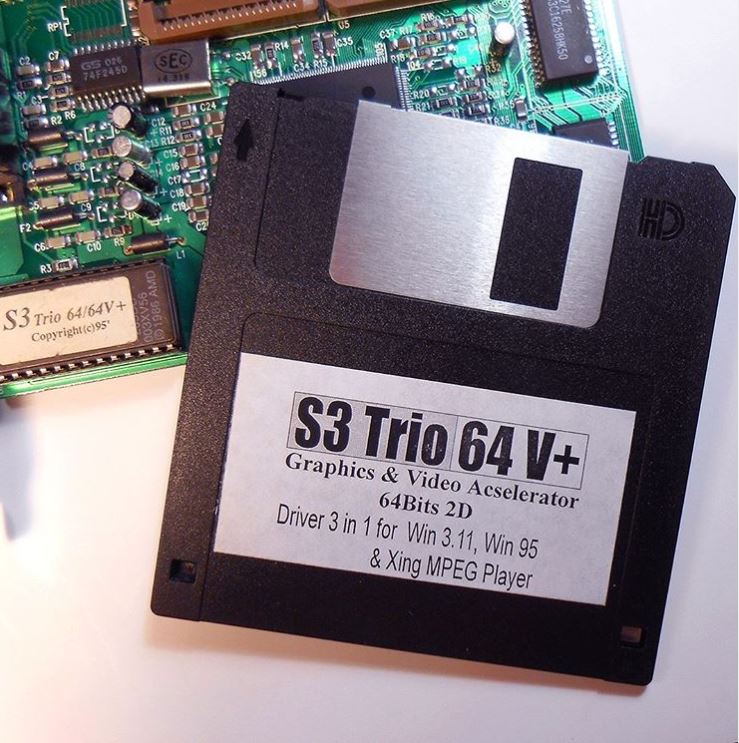 If you’re one of those lucky kids who owned computers in the late 90s and early 2000s, chances are that your home must have been loaded with 3.5 inch floppy disks.

For gamers of those days, it was a sinful habit to bring a pile of floppy disks to computer stores to copy games such as Mario and Contra to bring back home to install on your home PC, but only to see app shortcuts that’d you’d copied by mistake thinking they were the actual game files in the end. 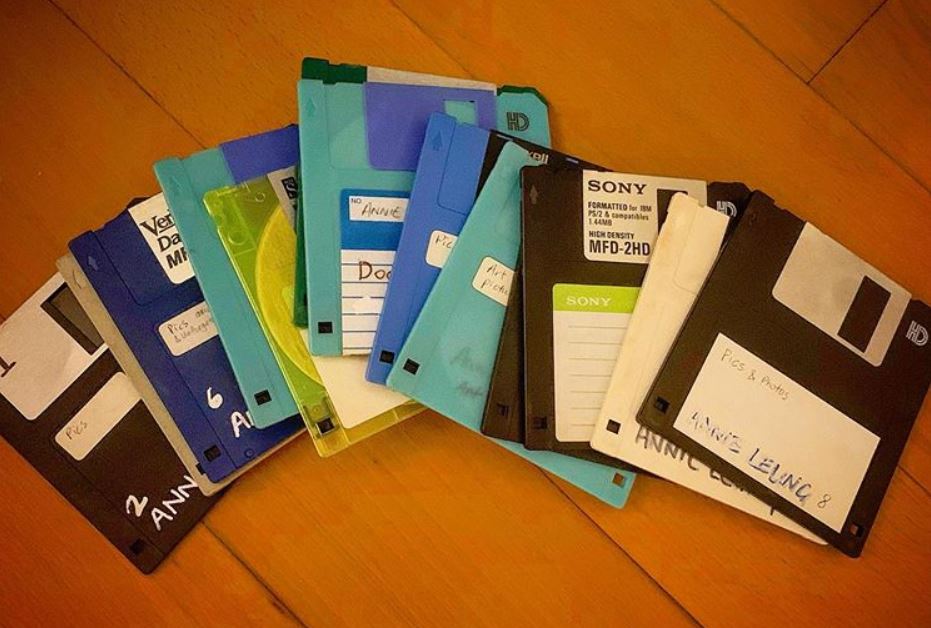 If you’re a fan of computer paraphernalia, you should get a collection of these disks as a keepsake to flaunt to your next generation before they disappear from the market for good. Try asking zoomers where the “Save” icon on Microsoft Word comes from – when they realise what it actually depicts, it’ll blow their young minds. 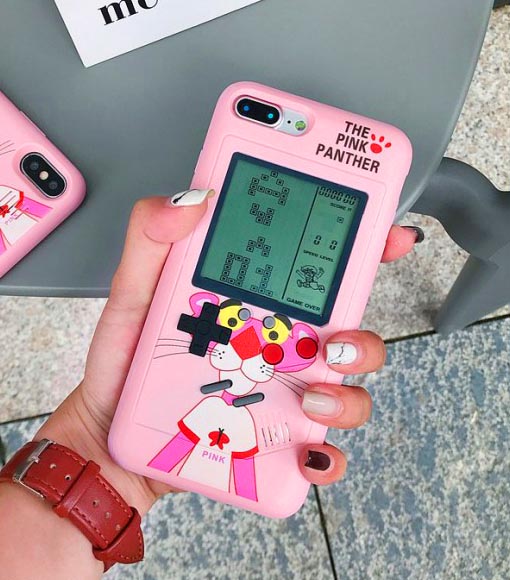 In the early days when computers were not common in our homes, the fanciest item any rich kid could boast was this battery-powered Tetris game device. 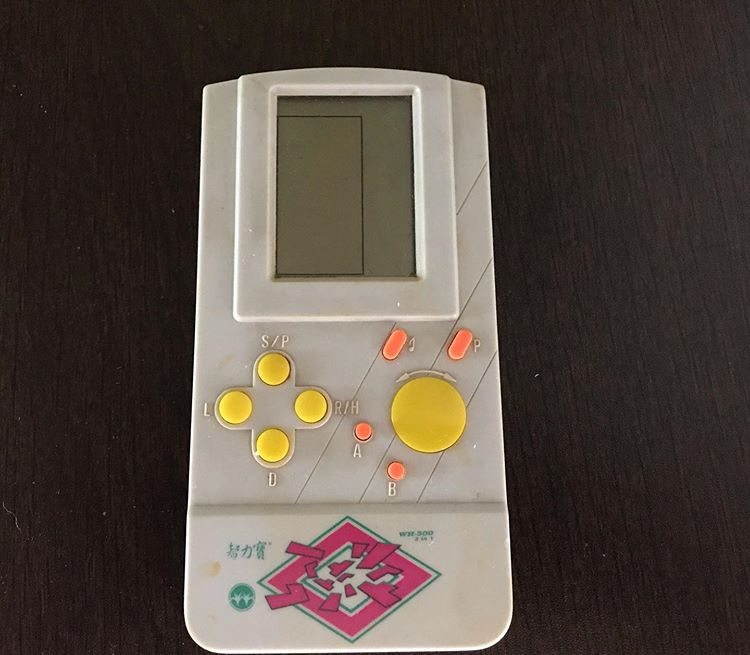 It’s much more affordable now, so if you want an alternative to tablets for your kids, buy them this as a gift. There are also plenty of 2D battery-powered game sets in local stores that are both fun and educational, so you don’t have to worry about them wandering into undesirable Internet territory on your tablet.

5. Tamagotchi – the only kind of pet our parents would trust us with 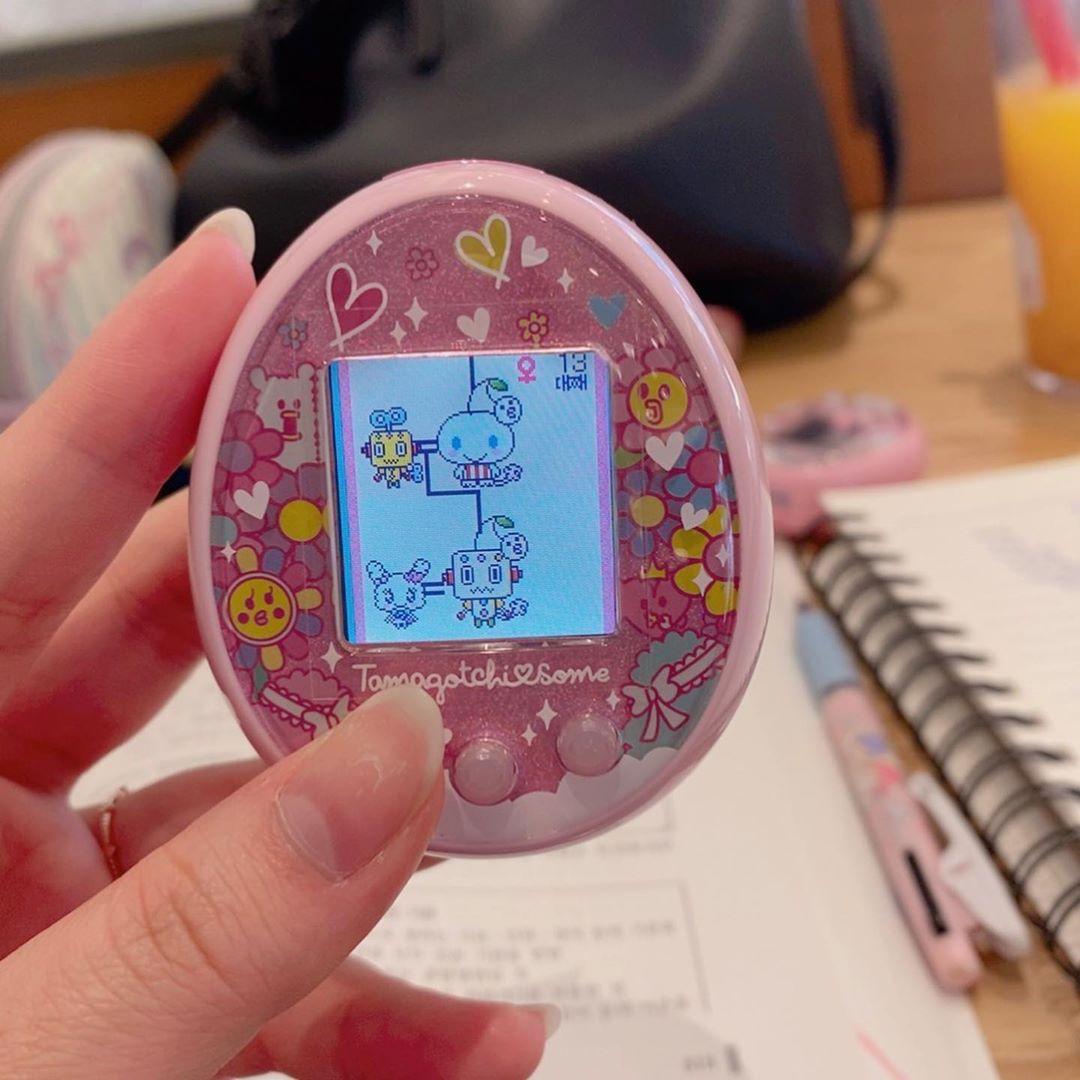 The Tamagotchi is a handheld digital pet created in Japan, and also one of the biggest toy fads of the early 2000s that Vietnamese kids were not spared from. This is how the game is played: an egg appears on the screen and will wiggle for several minutes, then hatch into a small pet. The player can care for the pet however they want to, and the outcome depends on the player’s actions.

Again, if you want your kids to learn about responsibility and let them have fun at the same time, give them a Tamagotchi. New versions of this game are still being released with new characters, so even adult players can experience something new in something old.

6. Petits chevaux – how we flexed our brainpower in front of our friends 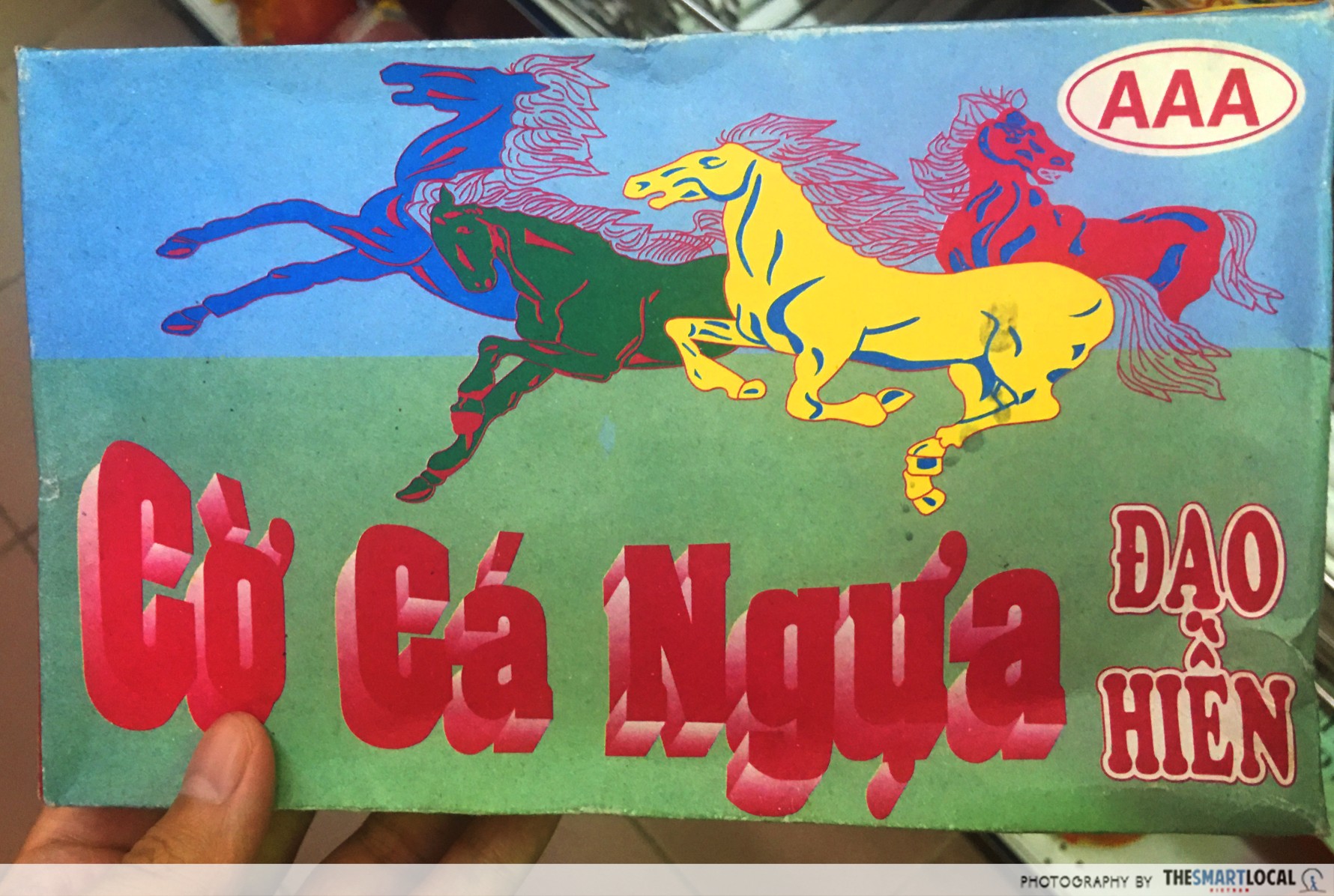 Groups of students used to play petits chevaux (a French game similar to Ludo), once the king of brain games among millennial kids, during school breaks.

Now you can still find this game on mobile apps, with yourself as the solo player, but it just doesn’t feel the same as playing the traditional physical version with a group of friends. 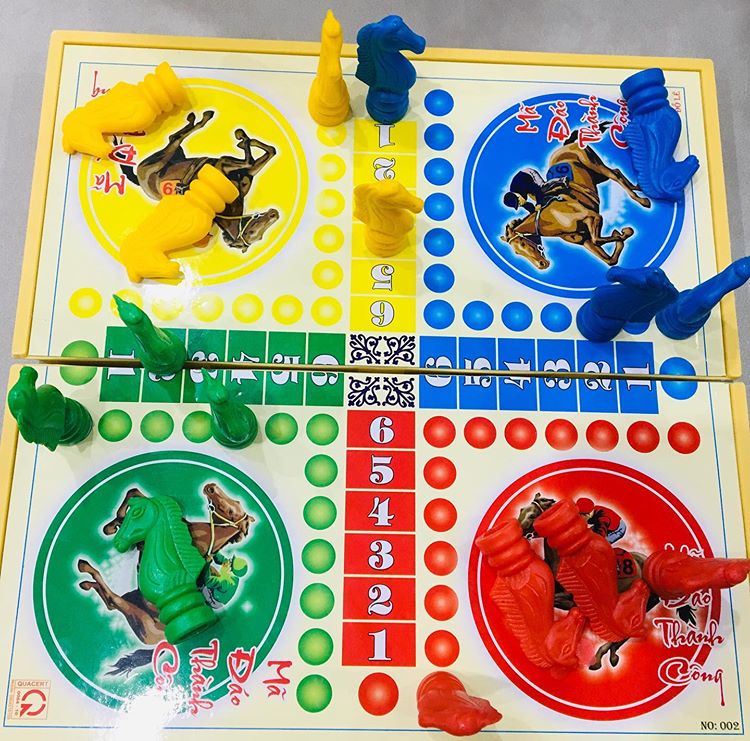 You can still find retro versions of this game in stores, and they often come with retro packaging too. Nostalgia-ridden Vietnamese millennials can still buy this game to play in family gatherings, such as during Christmas or Tet holidays.

7. Marbles (or bille) – we’d get so engrossed playing this with the neighbors that our moms would wonder where on earth we went 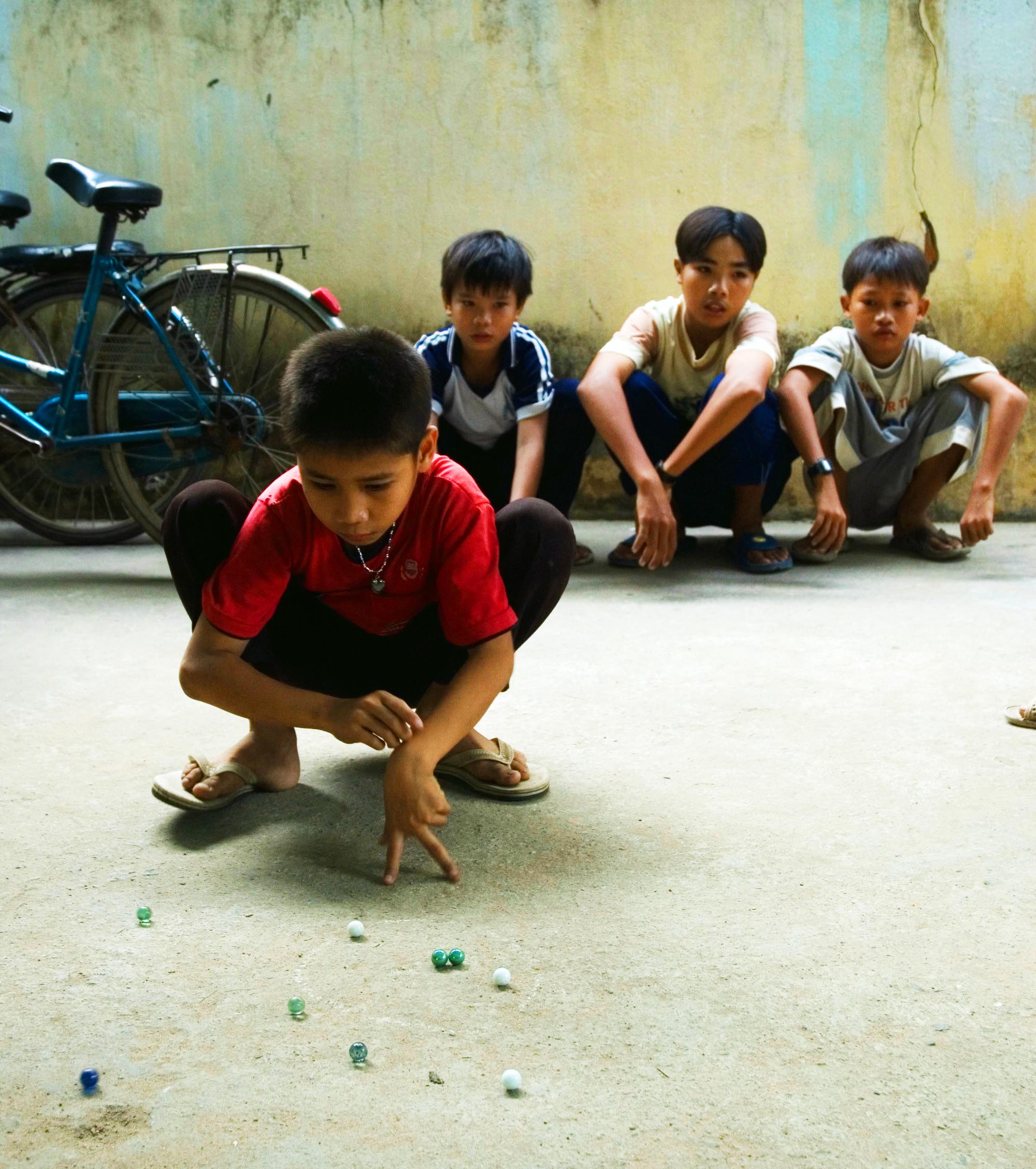 This was the king of boys’ games in the 80s, 90s, and early 2000s: shooting marbles. If homework wasn’t your *cough* biggest priority, you would leave home at sunset to play this game with neighbors and only came back at dinner time.

Like billiards, this game was both fun and educational for us Vietnamese millennials because it required lots of concentration and technique from the player. You can encourage your kids to play this game by telling them that this is their preparation for adult billiard games that they can play when they are old enough. 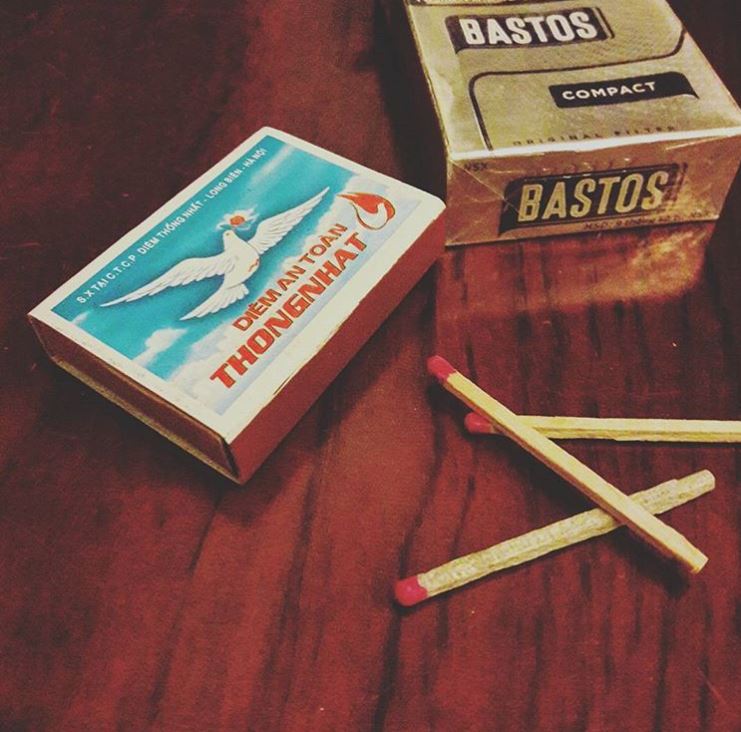 From this year onwards, if you read the classic fairy tale The Little Match Girl to your niece or daughter, you might have to figure out a way to help her picture matchsticks – as they might soon become a thing of the past in Vietnam.

First available in 1956, matchsticks manufactured by Thống Nhất Company became the most popular tool for starting a fire in every Vietnamese household until lighters became the safer, more modern alternative. For those born in the 80s and 90s, seeing your dad lighting a cigarette or your neighbor starting his charcoal stove with a bunch of Thống Nhất matchsticks was an everyday scene. 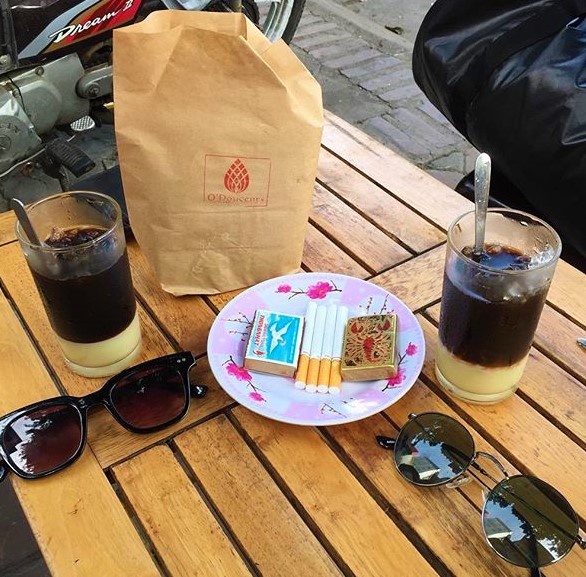 However, starting from this year, 2020, you will never see them again. After 63 years of maintaining a strong foothold in Vietnam, the Thống Nhất company has officially pulled the plug on this product because of low demand. If you’re a match-hoarder, purchase them wholesale as keepsakes before they become extinct.

Things only Vietnamese millennials will remember

The 80s and 90s are making a comeback in the realm of fashion, so who knows if these knickknacks will come back and be popular again? What I regret the most is that I didn’t keep any of these items, because their prices have shot up drastically and they’ve become “limited edition”.

Even though the abundant supply of modern technologies make life easier and more exciting, these items still have their uses, and will always be a fun and wholesome alternative for Vietnamese millennials from the labyrinth of tempting distractions surrounding us nowadays. 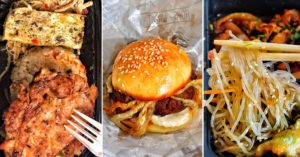 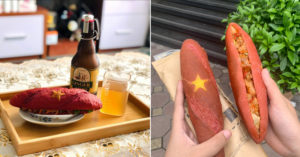