Things to do in Suoi Tien theme park

Playing host to a myriad of water rides and spiral slides enjoyable to visitors of all ages, Suoi Tien Theme Park is a popular destination for Saigon residents looking to spend hours of fun splashing in the sun.

From fishing to aquarium browsing, here are things to bookmark before planning your trip to this fun-filled play area.

How to get to Suoi Tien Theme Park

Situated in District 9 and 19KM away from Saigon city center, visitors can go here by multiple means of transports, including motorbikes, buses, and cars.

By motorbike or car

Things to do at Suoi Tien Theme Park 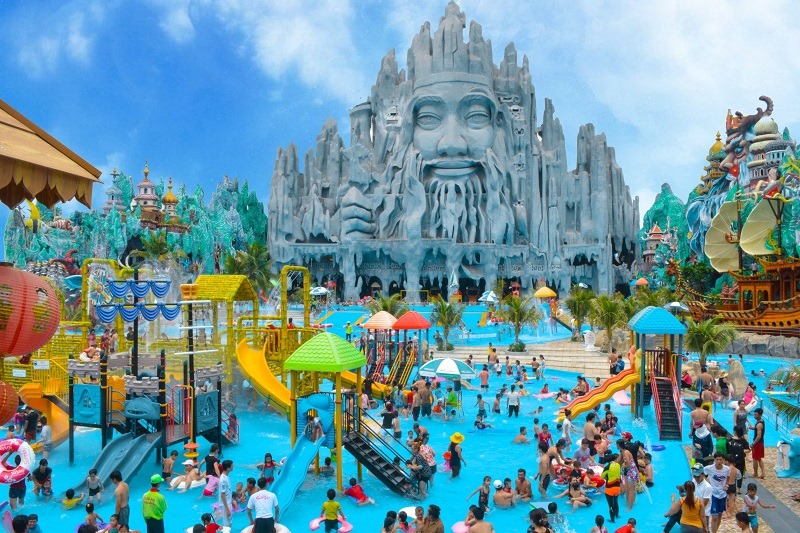 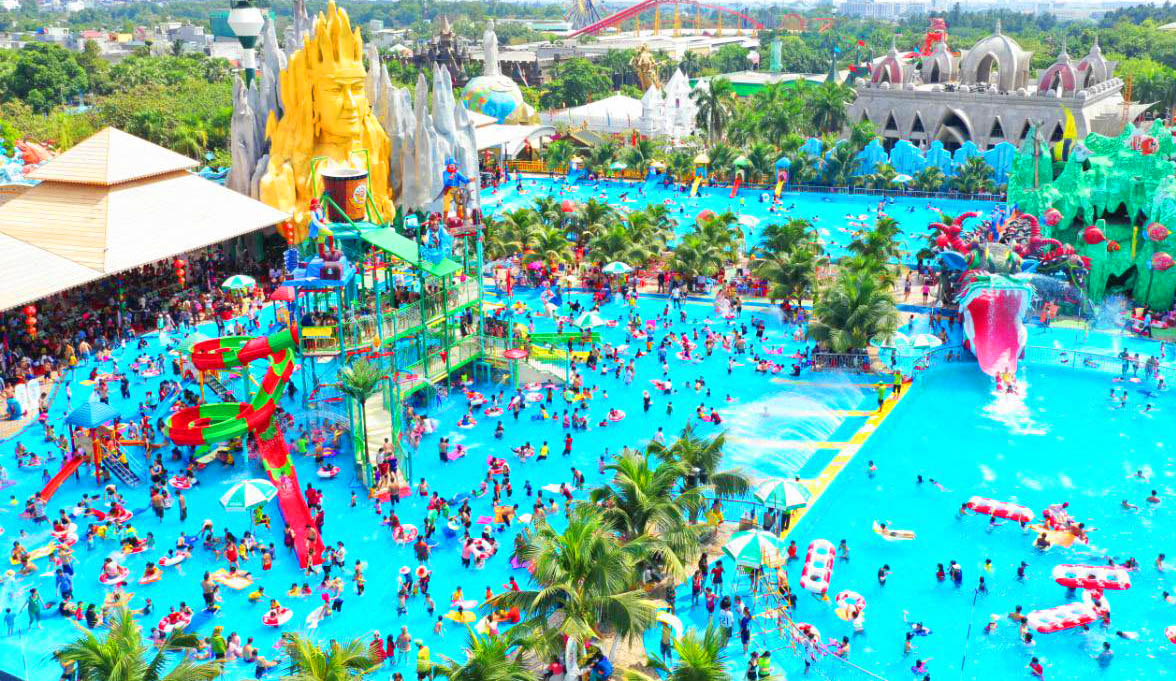 Because of its striking visuals that can be spotted from outside the park, Tien Dong Ngoc Nu wave pool is the most checked-in place by visitors. 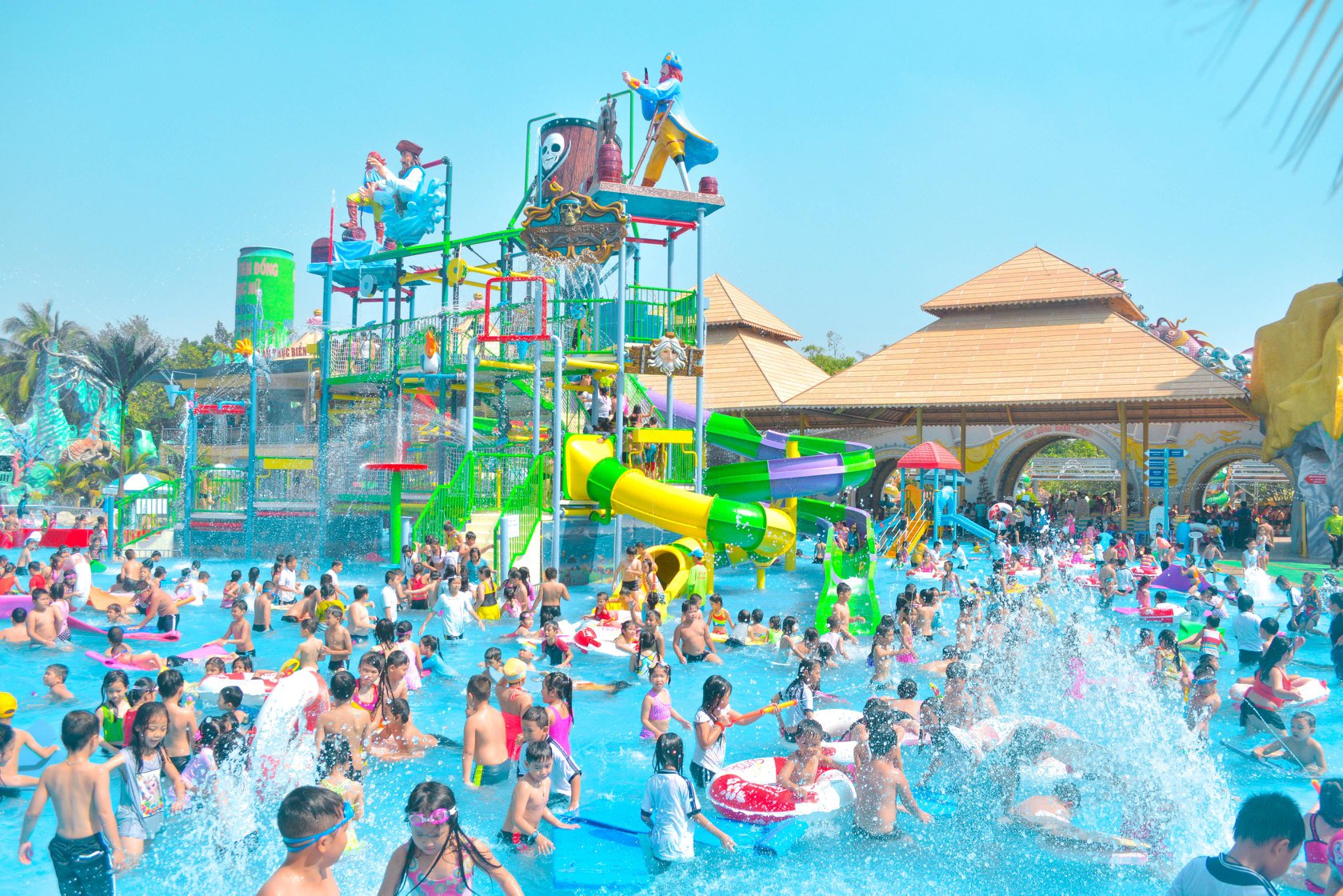 Here, you can swim or splash about in the cooling water or whiz down spiral water slides if you’re more adventurous. 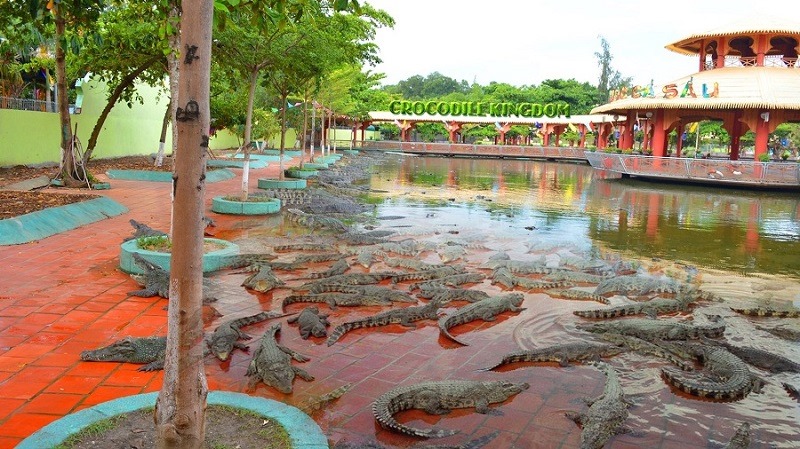 A trip to Crocodile Kingdom is an essential part of every visitor’s trip here, which exhibits over 15,000 crocodiles, as well as monkeys and dogs.

Within a close yet safe distance from a roofed bridge, you can watch these trained crocodiles swimming around, feed them, or even fish them with bait attached to hookless and harmless fishing rods. 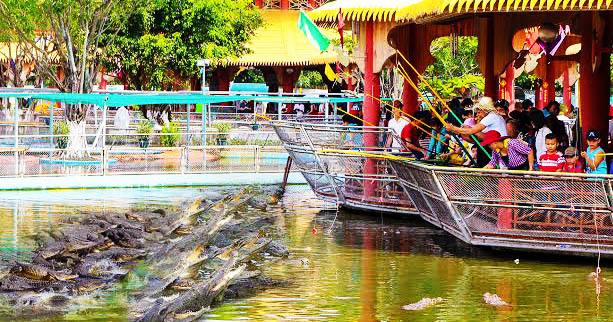 The zoo area also has a souvenir shop, where you can buy different types of crocodile-themed crafts. 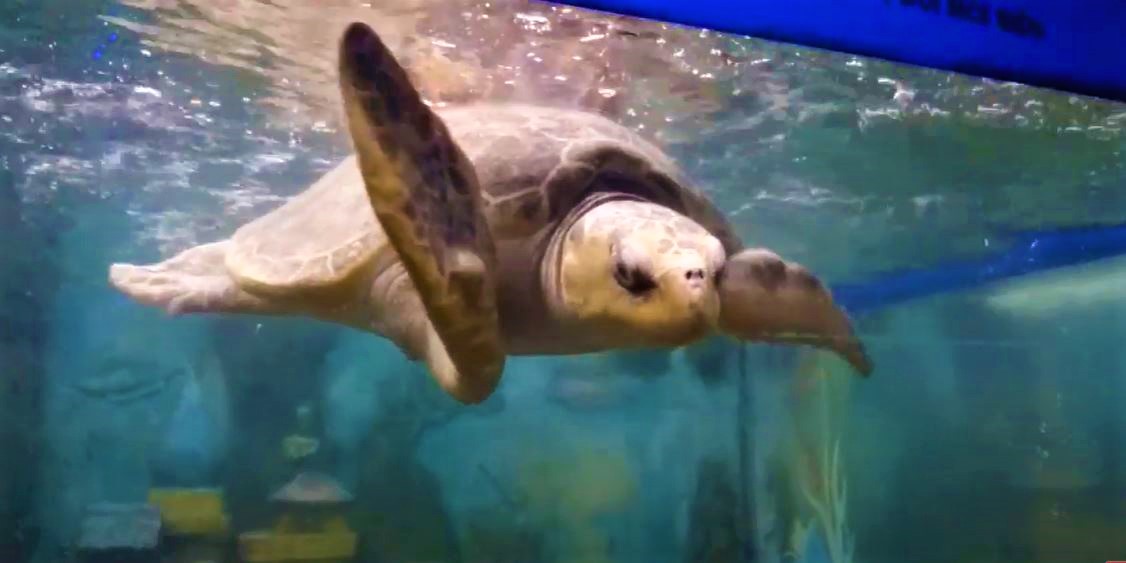 For a meaningful and educational bonding time with your family, visit the more tranquil and magical Suoi Tien Aquarium, one of the largest aquariums in Saigon.

Suoi Tien Aquarium is home to over 100 marine animals, with over 40 types of sea anemones, coral reefs, and numerous fish species to see. 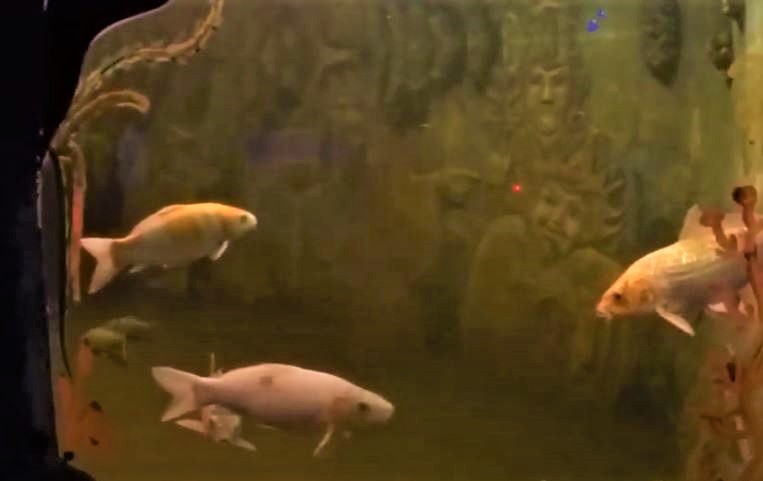 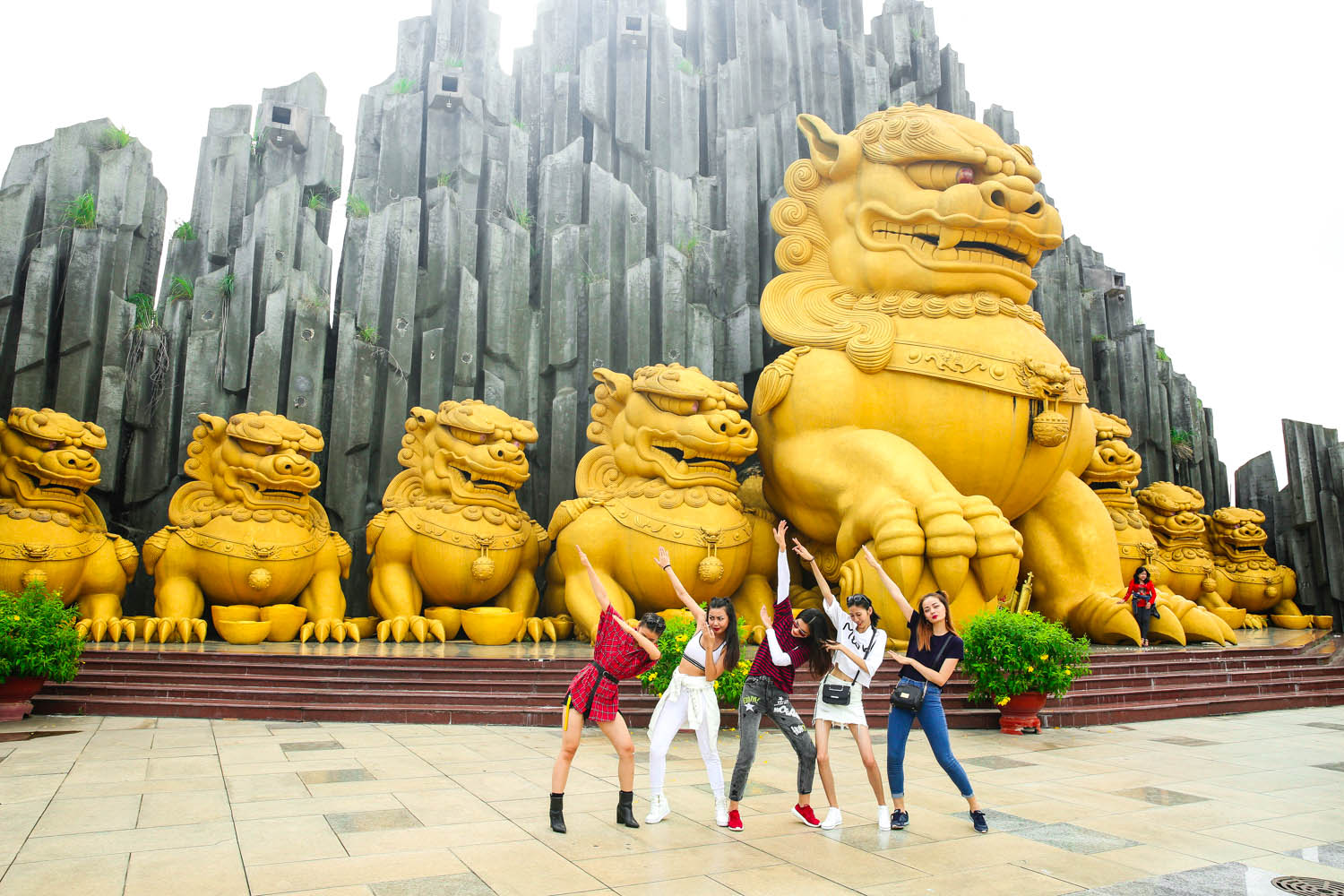 Inspired by Vietnam’s history, religion, and culture, the park is home to recreations of historical landmarks and folklore. 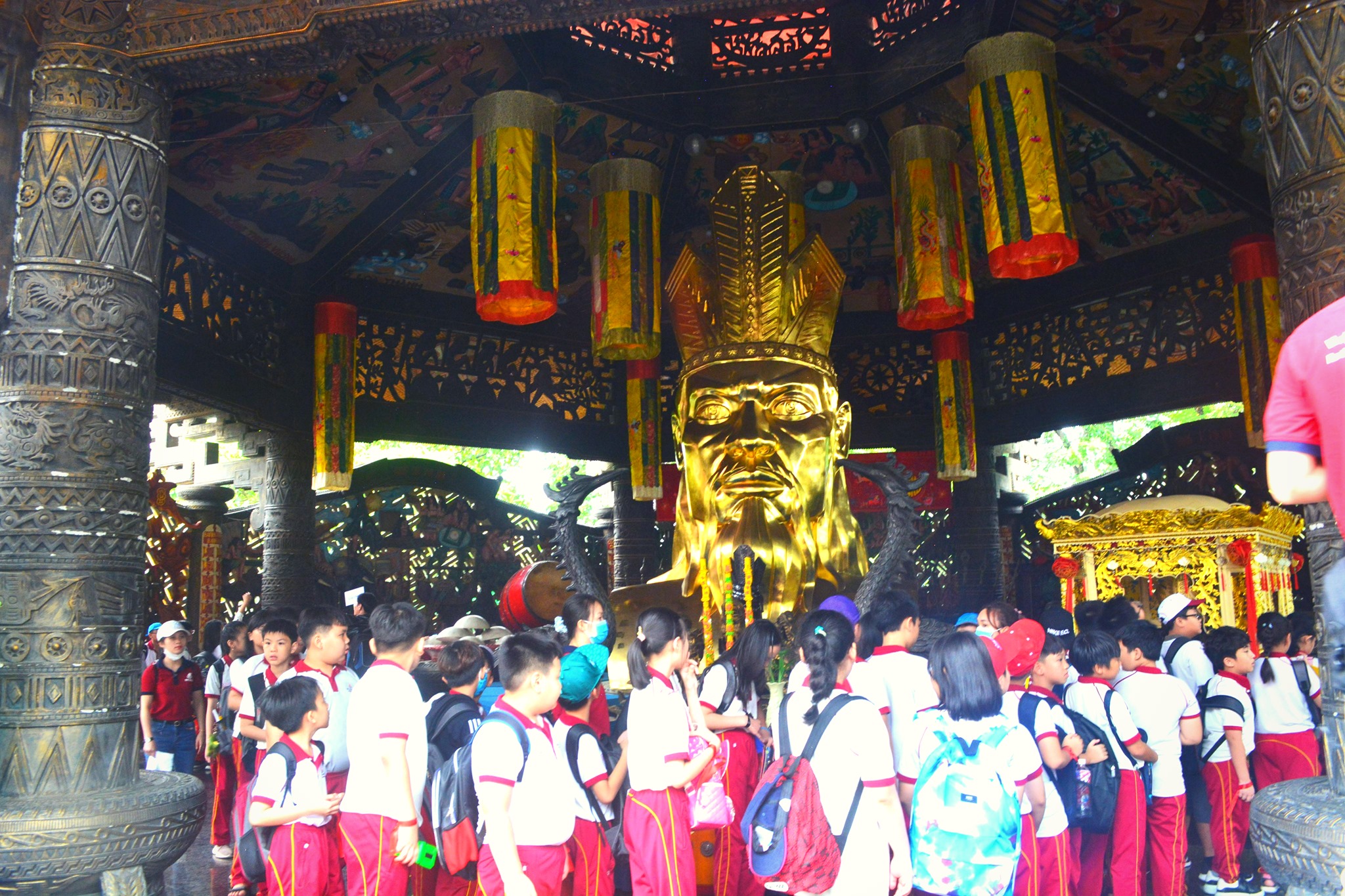 From the Heavenly King of Phu Dong to General Tran Hung Dao to the Trung sisters, visitors will find plenty of statues and attractions here that are designed to homage to Vietnam’s rich historical and cultural heritage. 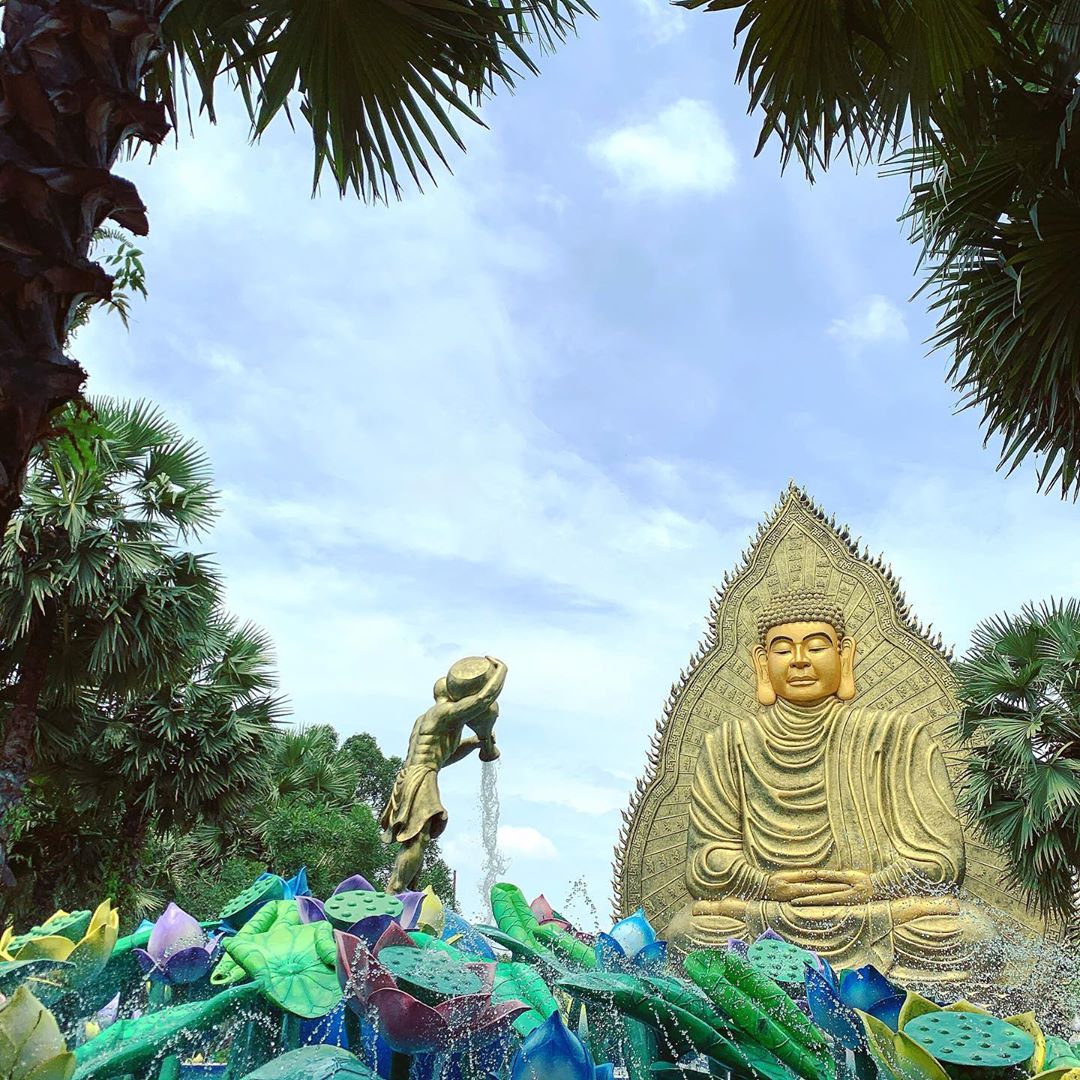 Holding a reputation for its Buddhist-themed attractions, the park also has several worshipping areas that honor the Vietnamese Goddess of Hell (Dia Mau), Bodhisattva Avalokiteshvara with One Thousand Hands and One Thousand Eyes (Quan The Am Thien Phu Thien Nhan), and the flying lions (Ky Lan Cung). 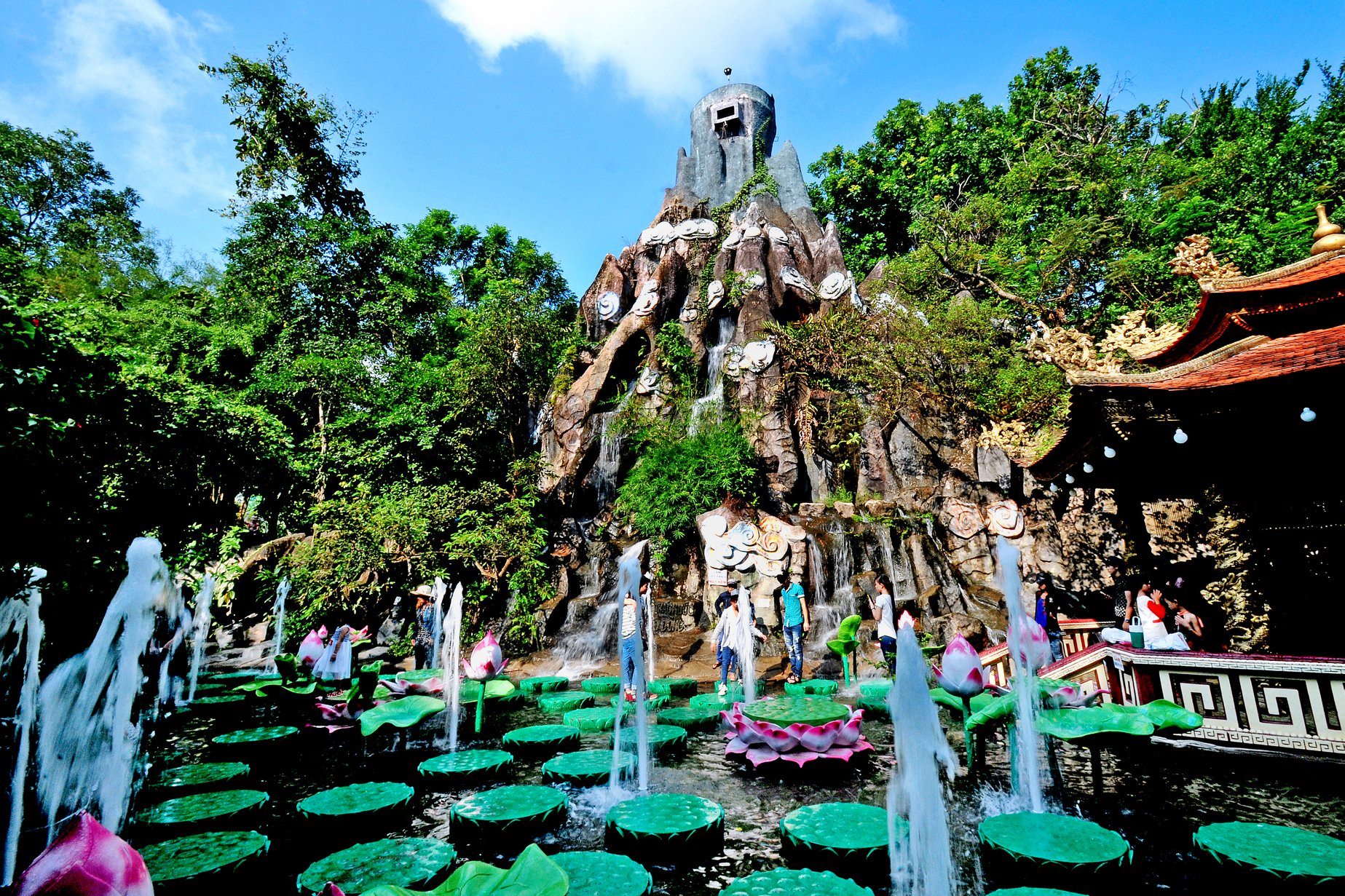 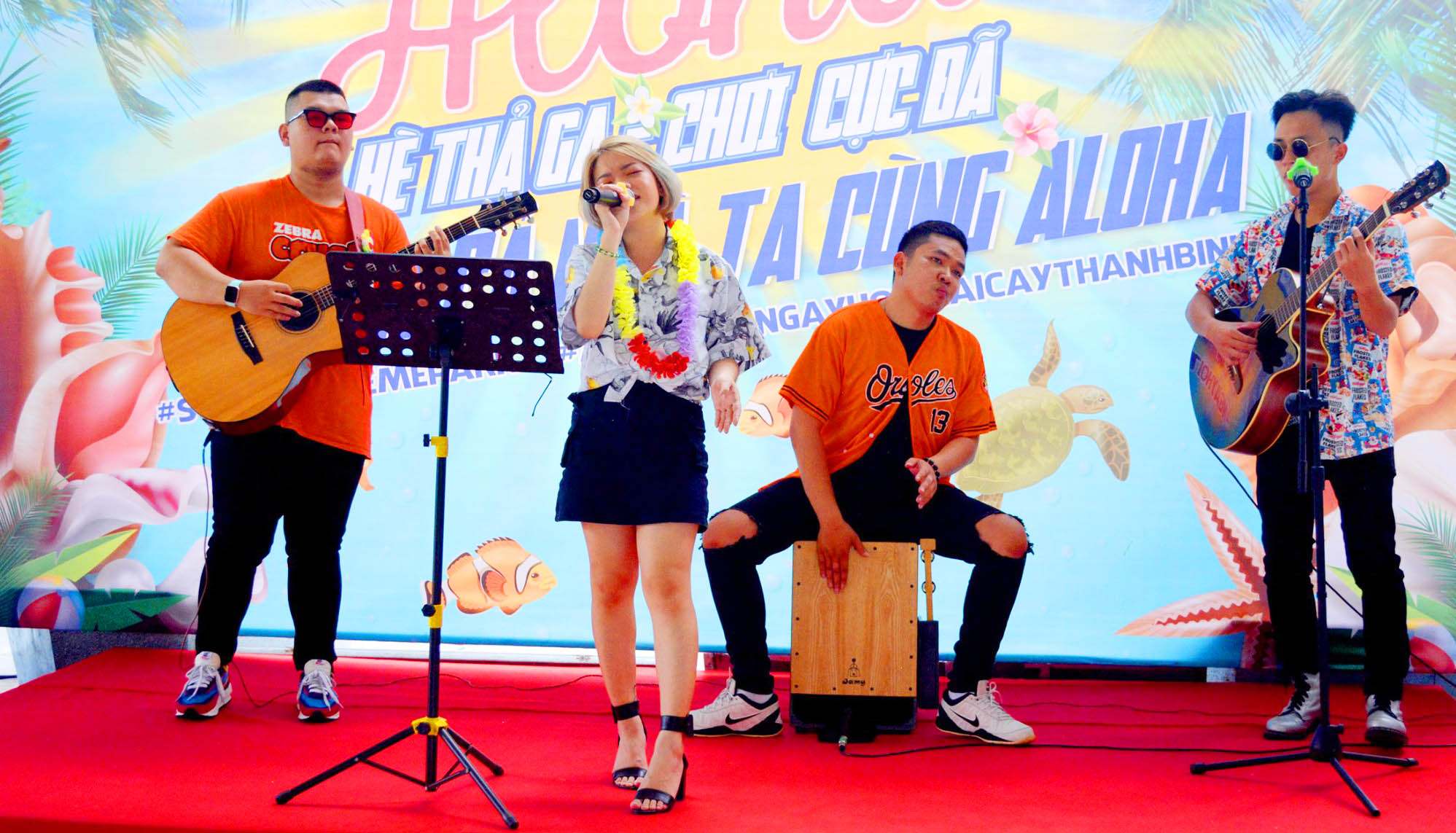 Over the weekends and on special occasions, the park hosts various types of performances on its central stage.

From cultural performances to themed concerts that blast out catchy tunes to rave to, the park has much to offer music fans. 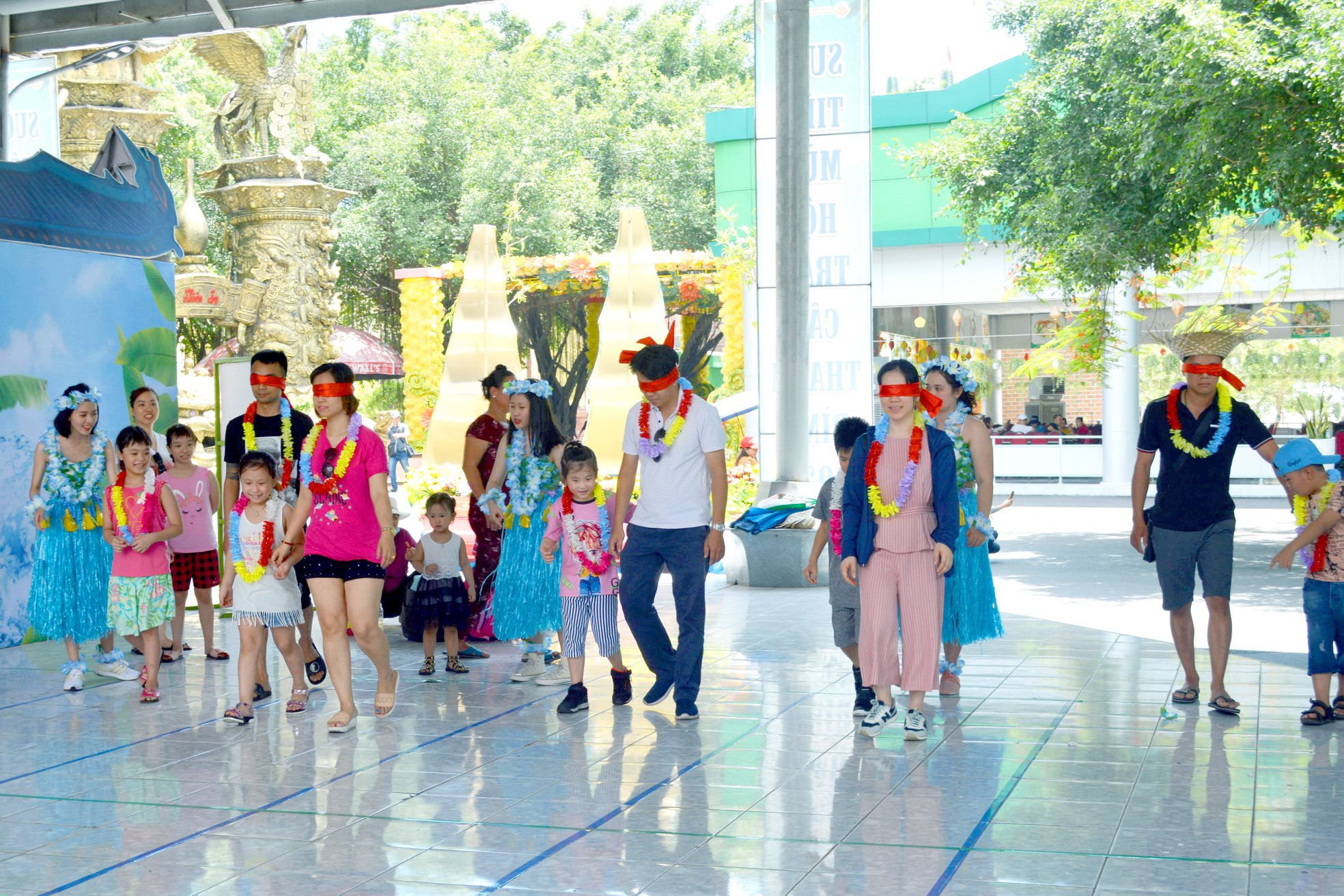 It also hosts frequent fun and friendly competitions, where families and kids can join to show off their knowledge and skills and win prizes. 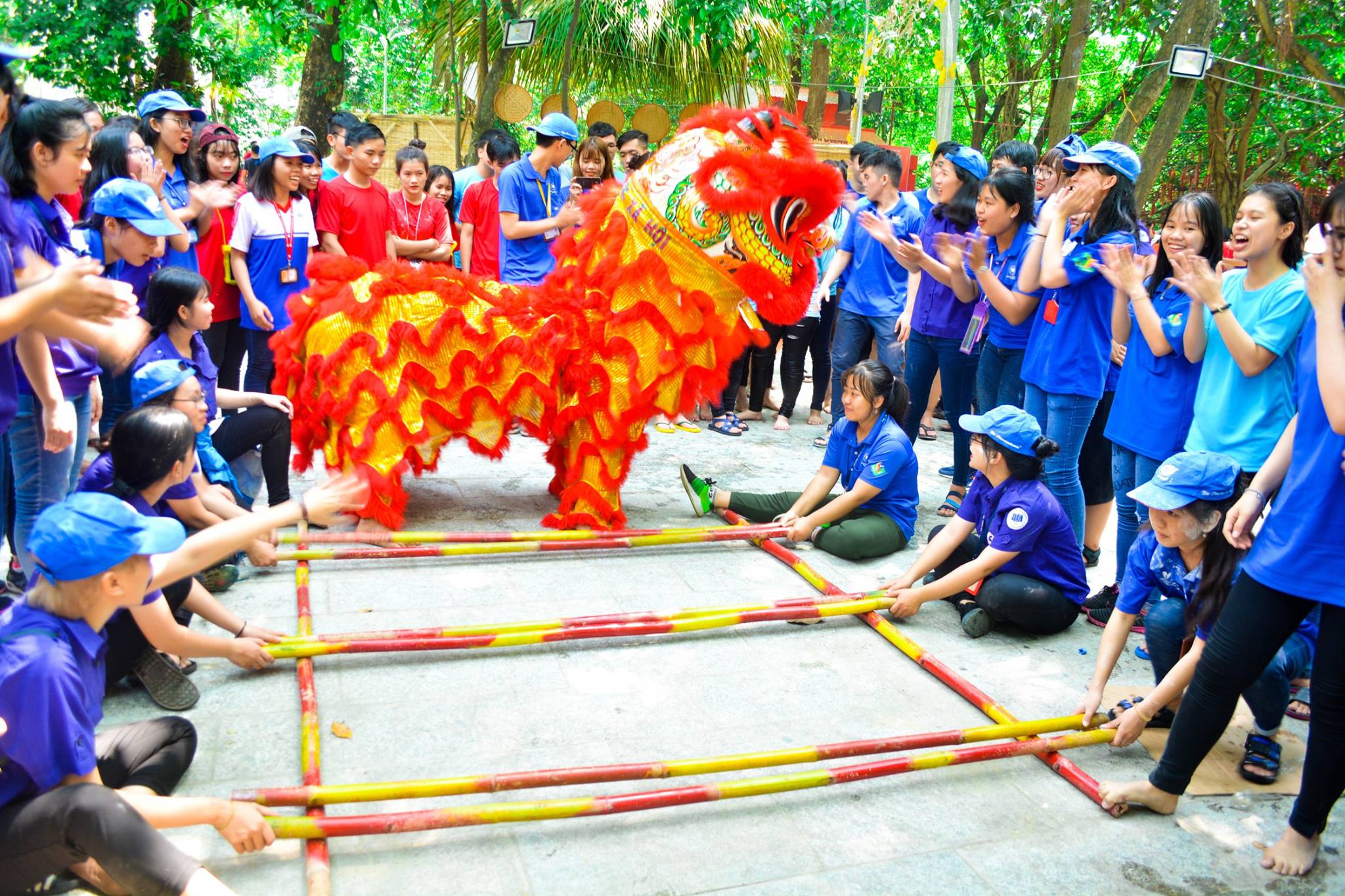 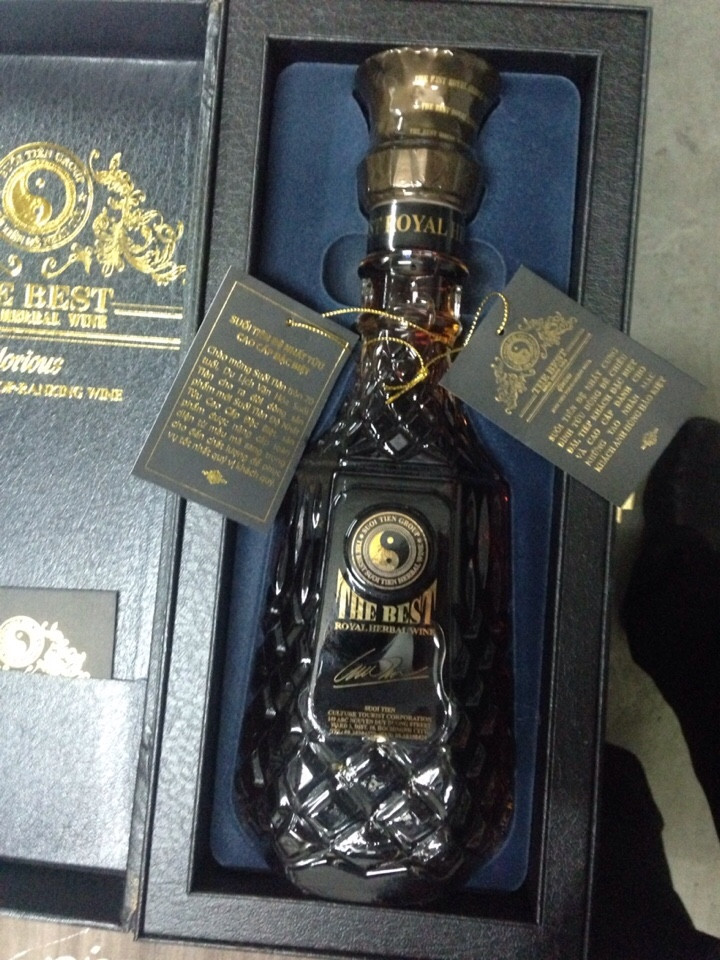 If you think that theme parks are usually meant for kids, you’re in for a big surprise when visiting the Âm Cung Đệ nhất Cung Đình Tửu, or the Wine Palace here.

Built in the shape of a crescent moon with towering pots containing wine lining the entrance, this place is a museum where the winemaking techniques used to create wine for Vietnamese emperors are recreated. Visitors will also get to sample a variety of wine, which has been studied for 15 years, tested, and approved by the Ho Chi Minh City Department of Science & Technology before being put on sale at the Wine Palace.

This wine is made from golden flower glutinous rice, then mixed with medicinal herbs from eastern Vietnam. After going through 20 stages of fermenting, toxic elements are eliminated from the wine and it becomes drinkable. It is also believed to have benefits for the liver and bones. 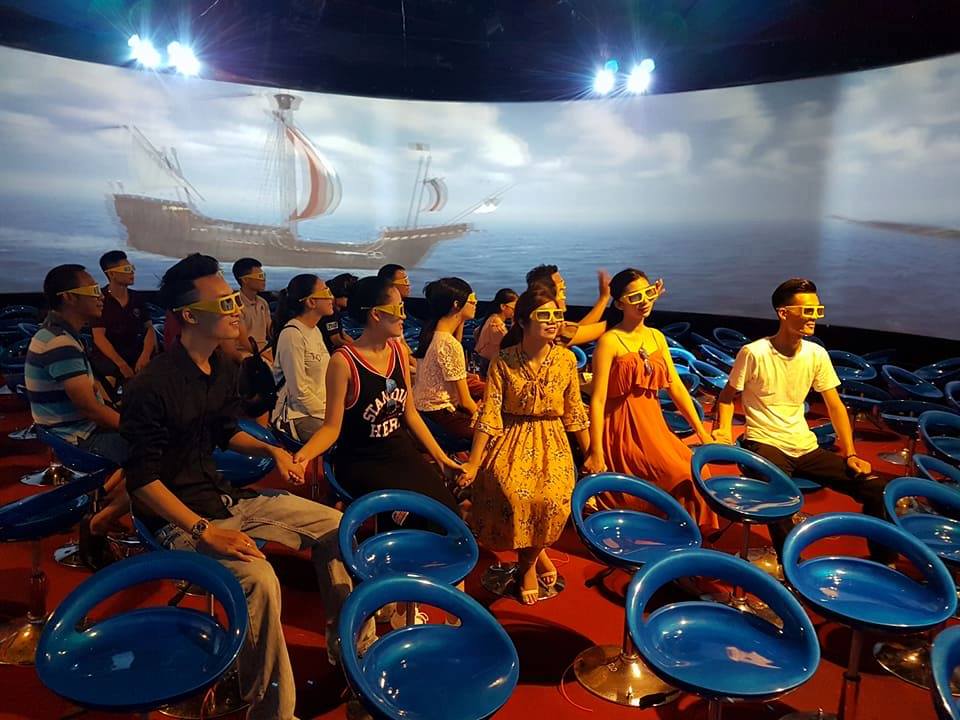 Movie fans will be treated to a variety of theatre quality in this park, which include the 4D, 8D, 9D, and 12D Turbo Ride theatres.

While 4D theaters feature sensor-equipped motion seats and sound effects that hit you right in the feels, 8D theaters let you interact with objects on the screen which respond in real-time, and 9D theaters let viewers wear VR glasses and immerse themselves in cinematic sounds and visuals.

The 12D Turbo Ride theater is equipped with a huge screen, simulation seats, as well as special sound effects.

Visitors in all these theaters will enjoy an interactive cinematic experience, as they’ll be seated on a rotating platform and given individual immersive glasses to feel up close and personal with what’s on the big screen. 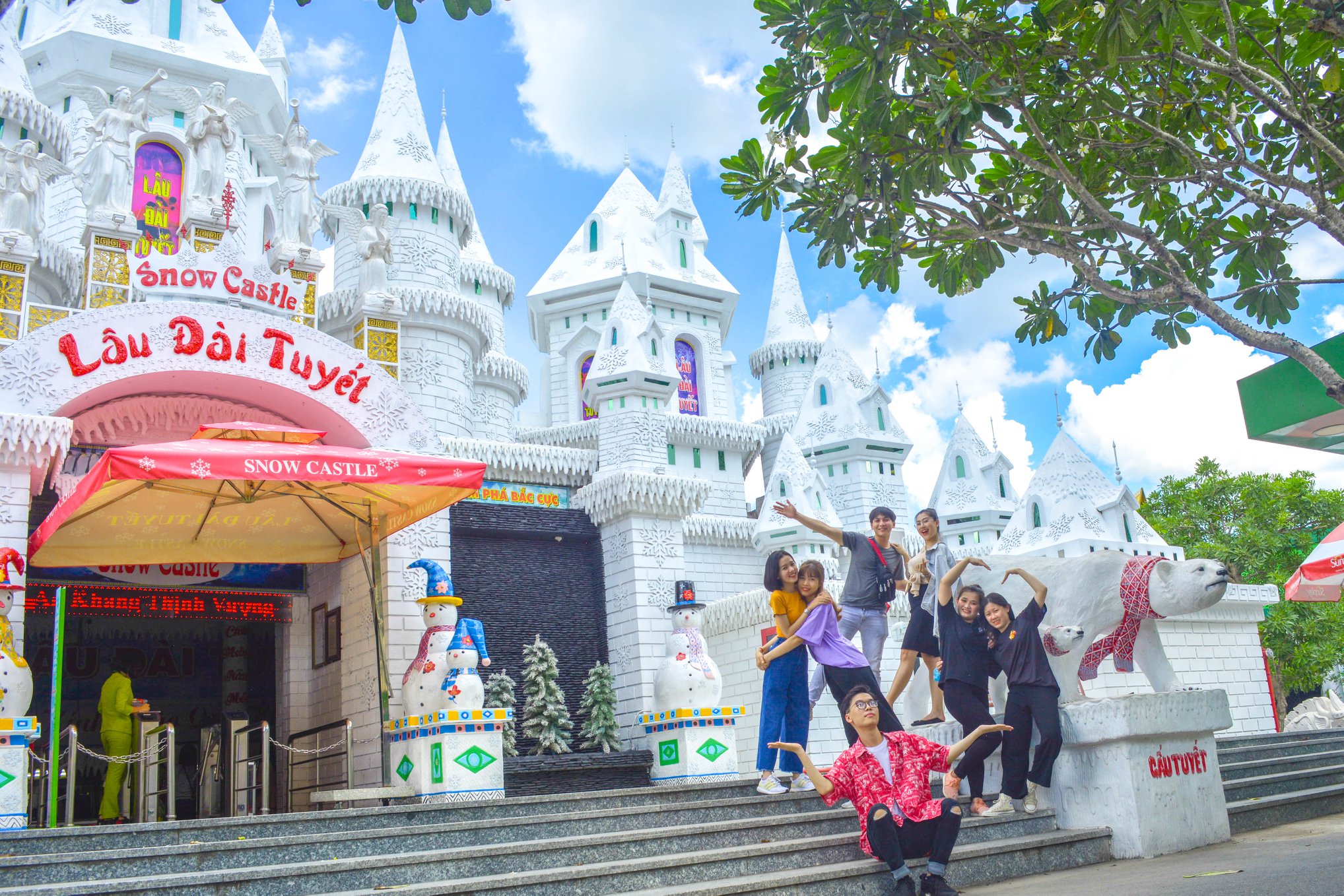 Families with kids or fans of cold weather will not want to miss out on the Snow Castle, where you will space travel to the North Pole in temperatures of -5°C to -15°C. You can also ski on the snow-studded steep tracks, watch snowflakes fall, and appreciate snow-made crafts. 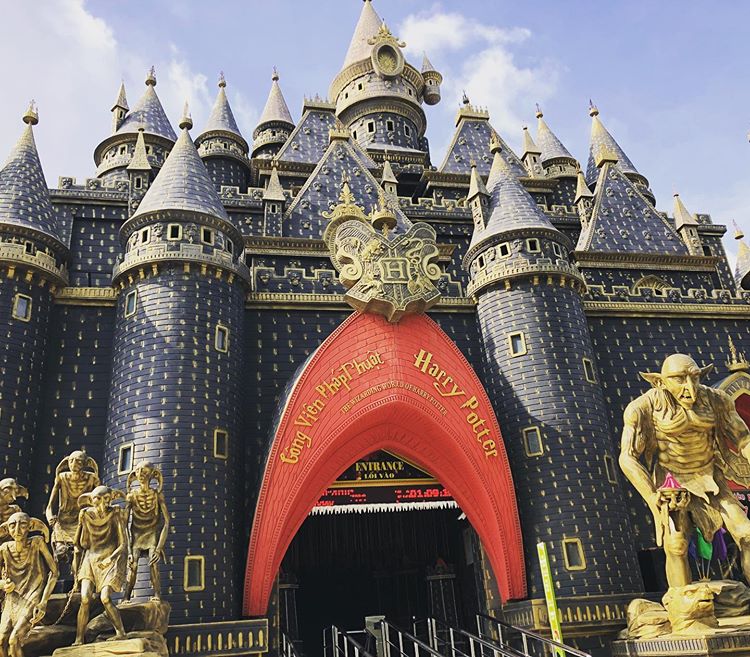 No proper fans of Harry Potter should leave this place without a visit to this Harry Potter-themed castle, which mimics the architectural style of Hogwarts School.

Spoiler alert: this is actually a haunted house that spans across 4,000 square meters, so don’t walk in expecting to be welcomed by wizards clad in black robes holding magic wands. Instead of a friendly Hogwarts welcome, you’ll be chased around by elves and other creatures with dark forces. 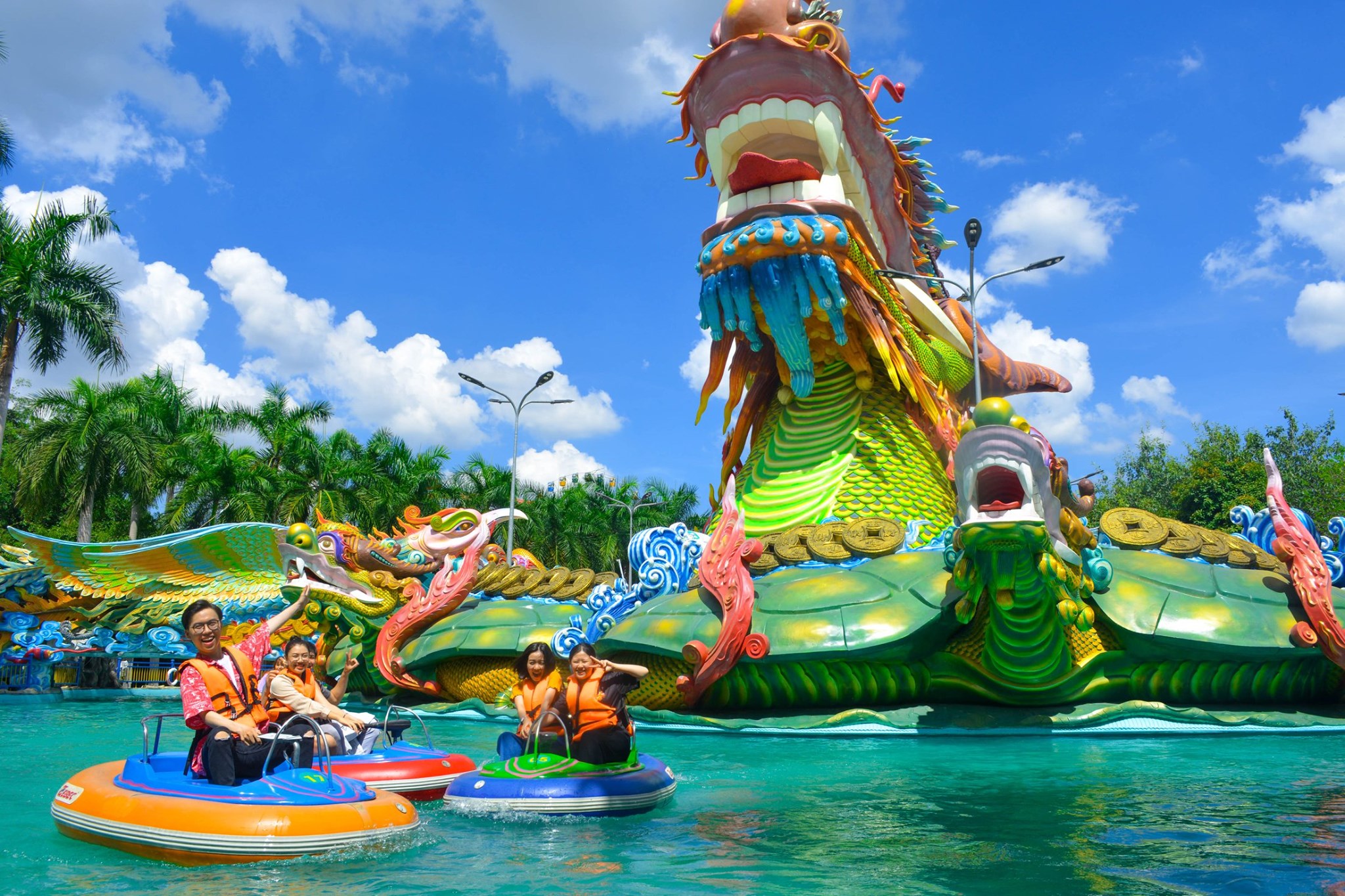 If you’re not ready to confront Lord Voldemort and his death eaters, switch direction and hop on a small boat for a relaxing water ride. 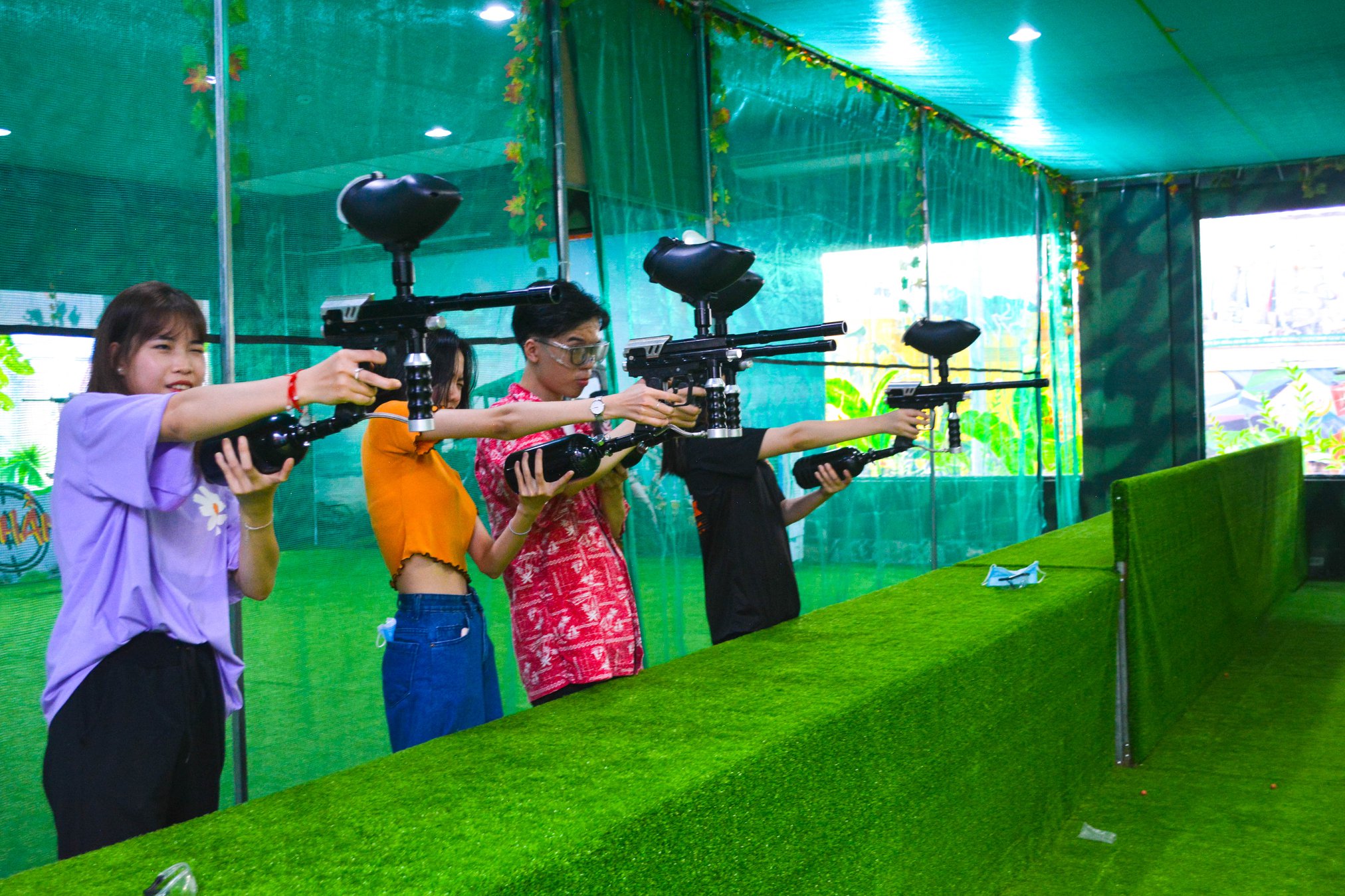 For a team-building activity that helps you let off some steam, go for shooting games. 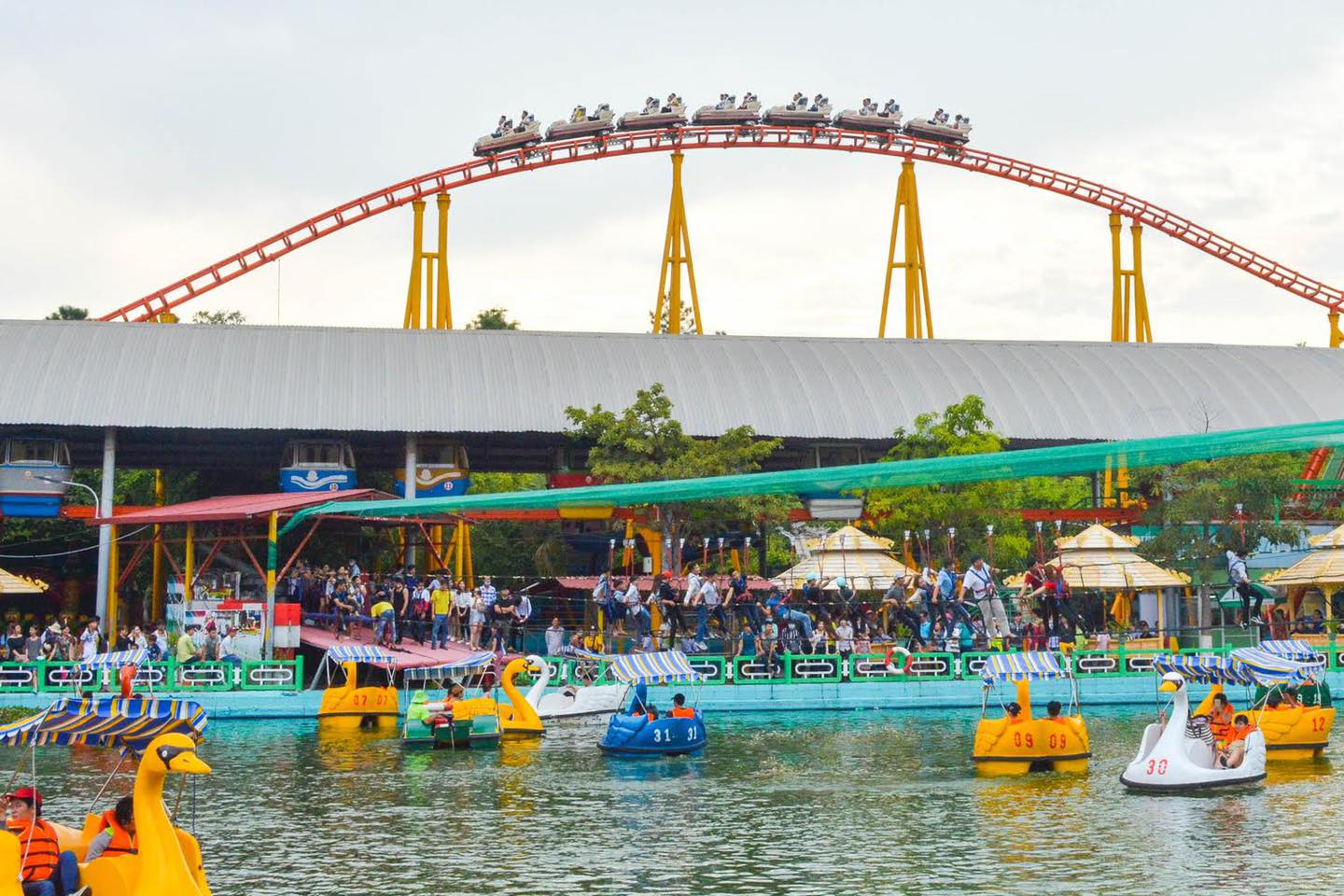 Thrill-seekers surely will not feel out of place in here, which is dolloped with adventurous rides for both adults and kids. 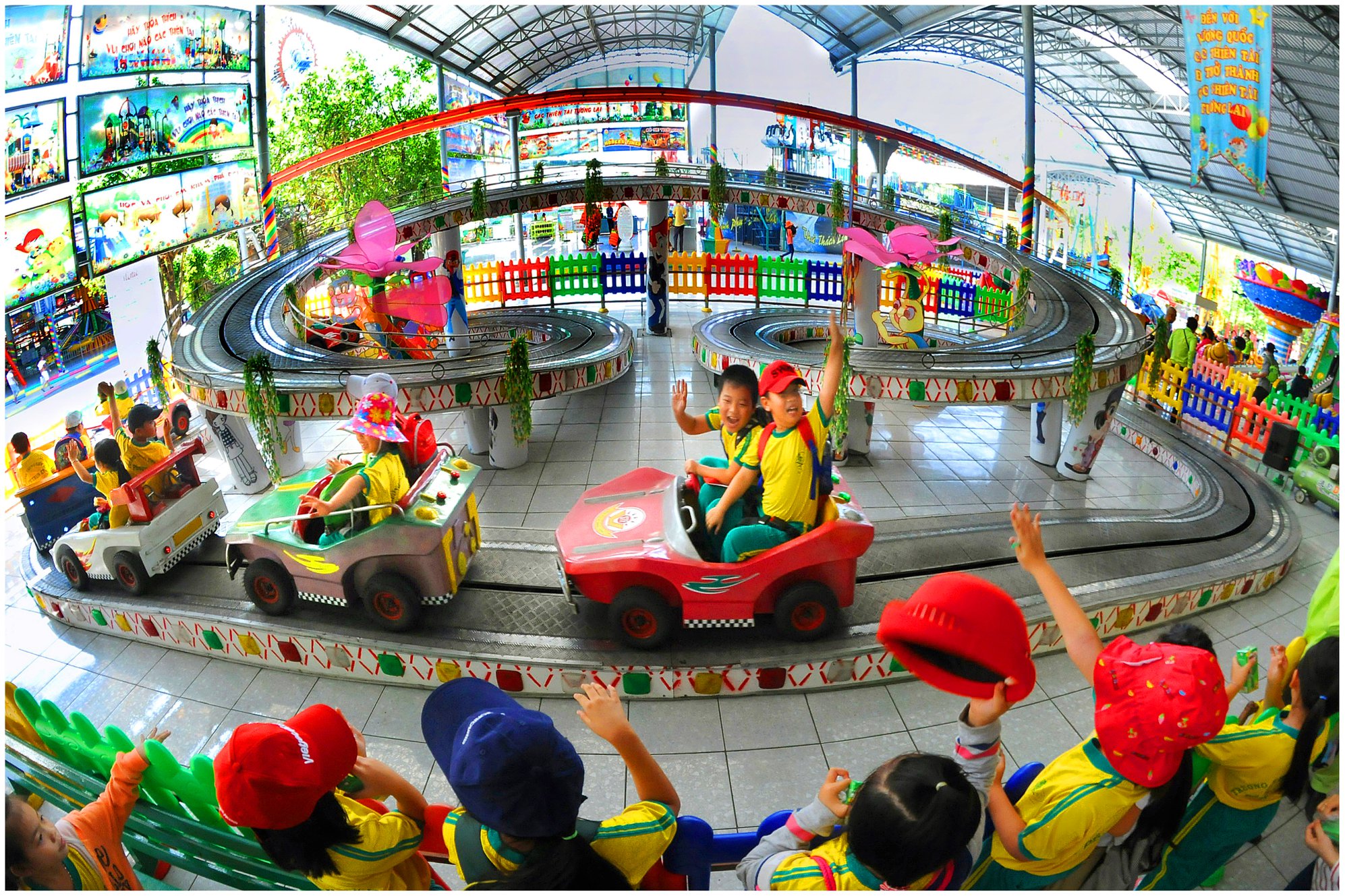 To get a natural high, go on roller coasters, which have separate platforms for adults and kids. 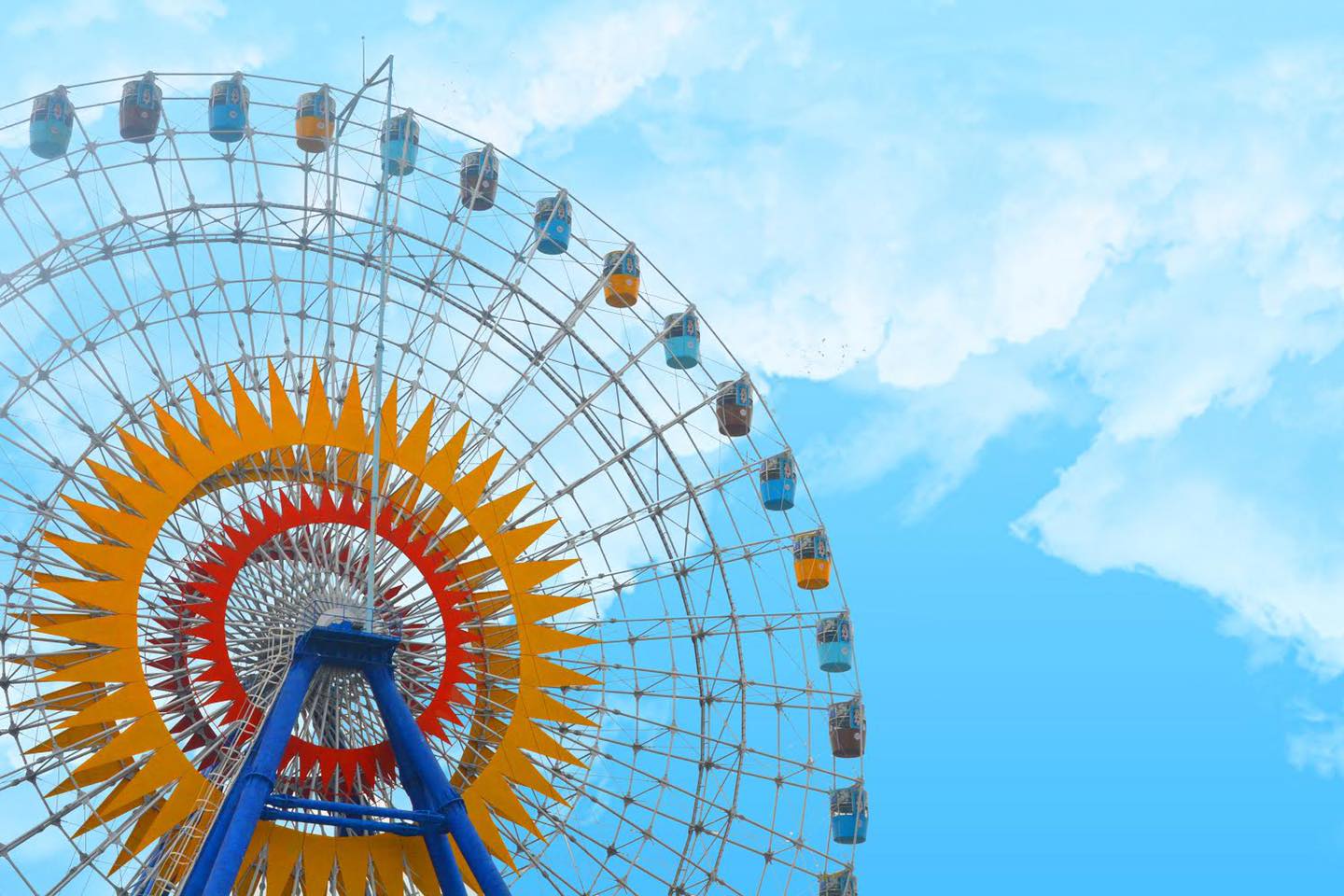 Those who are looking for both romance and excitement combined in a ride can go for the Ferris Wheel. You can have a private and comforting moment up here while enjoying the stunning views of District 9. 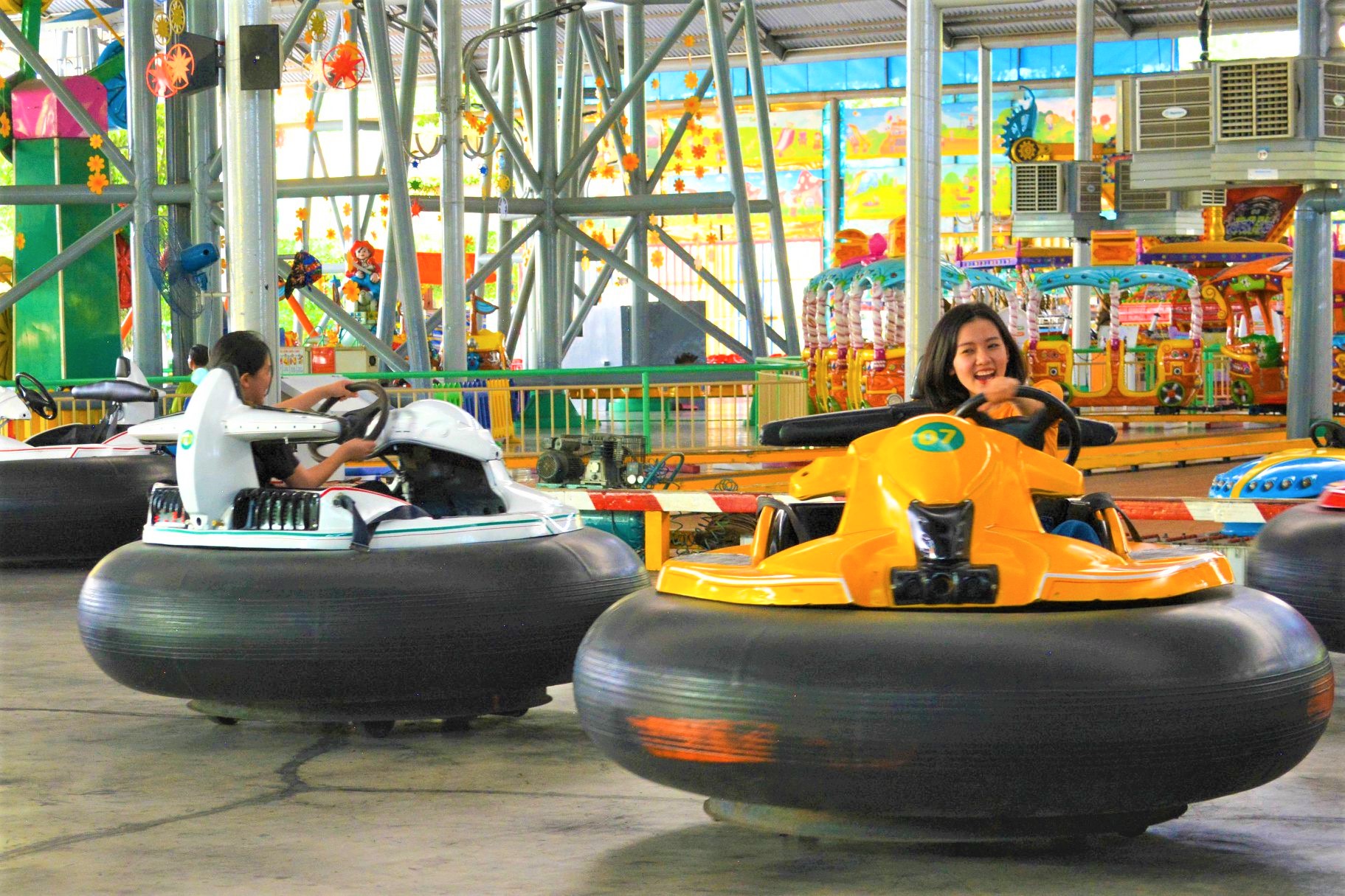 Laughter-filled, unpredictable, yet safe, bumper car rides are well-loved among both grown-ups and children. If you’re one of those who are turned on by competition or the sight of people knocking their cars into each other, you’ll enjoy this activity to the fullest. 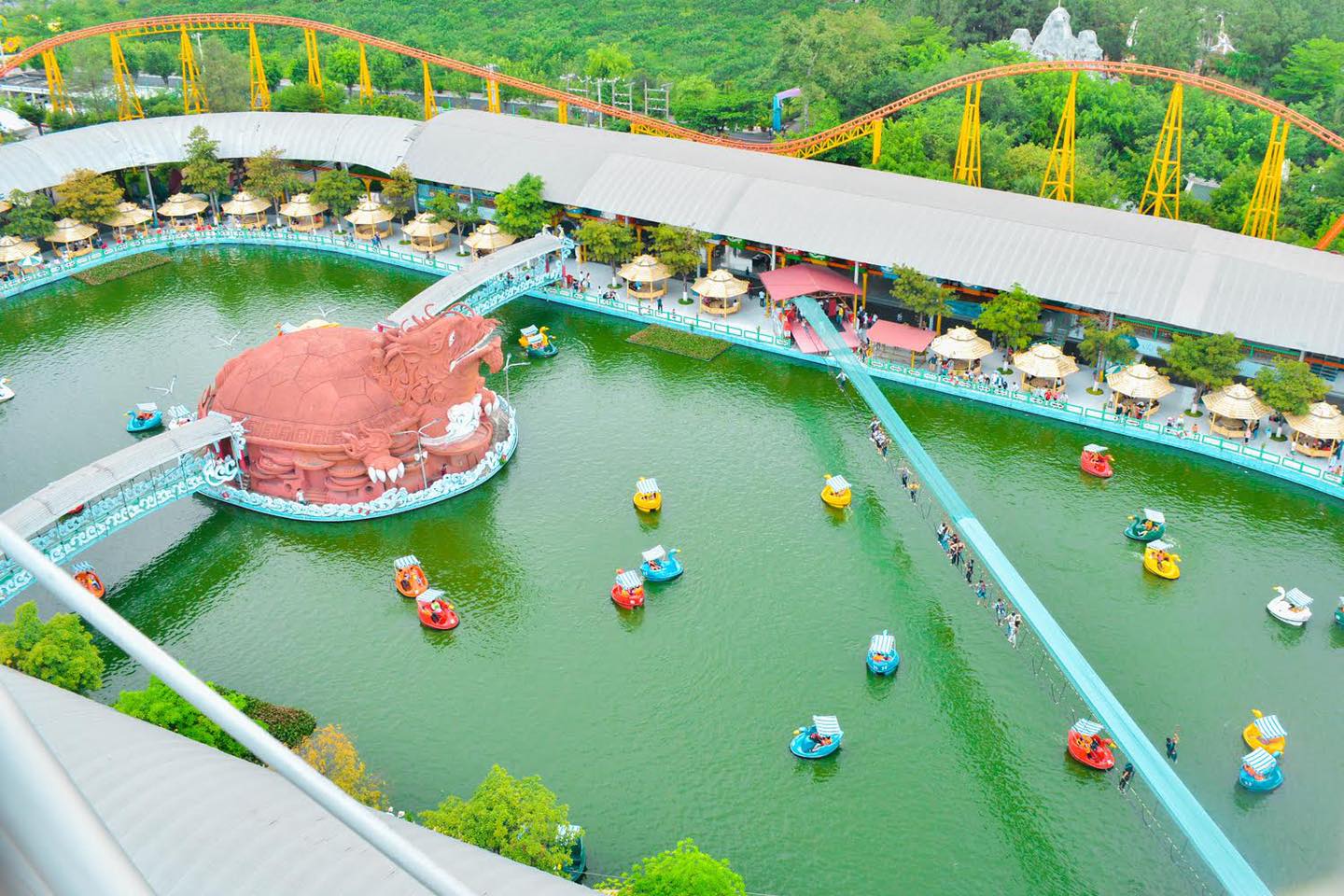 After an exhausting day swimming and walking, you can finally sightsee the entire park from a sky-high vantage point.

Visitors can embark on a scenic and peaceful cable train ride in one of the park’s over 30 cable trains, where you can have panoramic views of the area and watch sunsets.

Where to eat at Suoi Tien Theme Park 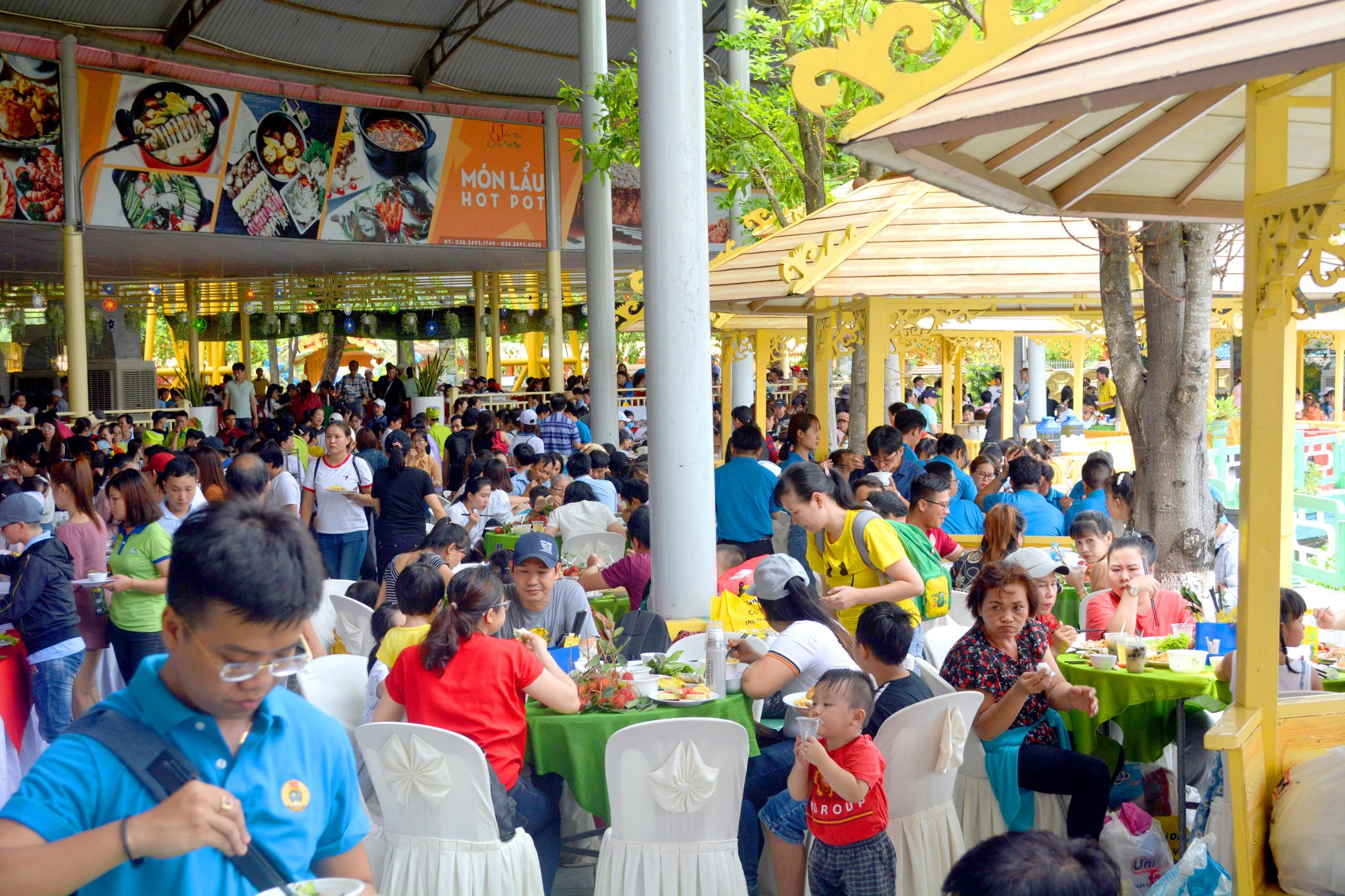 Situated inside the park, Phu Dong Thien Vuong Restaurant has ample seating arrangements and is able to host over 100 guests. 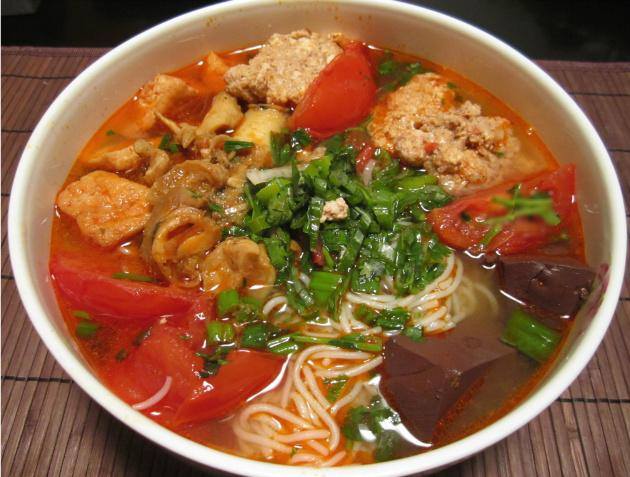 From crab noodles to broken rice with grilled pork to hotpot, you can get your grub here after finishing your trip and recharge before leaving.

In a city with year-round hot weather like Saigon, nothing beats a laughter-filled weekend spent in the cooling water of a mega theme park. Families can have bonding time exploring marine life in a large aquarium and watching live performances, while friends can have fun riding roller coasters and watching movies

Full of family-friendly activities and pulsating rides, Suoi Tien Theme Park has all it takes for an exhilarating timeout from your work and studies. 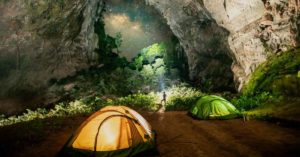 20 Best Camping Sites In Vietnam For A Breathtaking Escape From The City Hubbub
Vietnam's Central Cities Heavily Hit By Floods & Storms, Everyone Joins Hands To Support The... 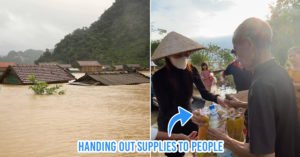