Squid Game costumes were a hit in Saigon this Halloween

Now that Covid-19 curbs have been eased and many people have gotten vaccinated, celebrating public events has become much easier. Halloween, the biggest event on many people’s calendars, was the first occasion after months of semi-lockdown that Saigon residents could come together and flaunt their Halloween costumes.

Aside from classic costumes such as zombies and witches that flooded Saigon’s central streets yesterday, we’ve noticed a surge in those dressing as characters in Squid Game, a Netflix hit that is all the rage with local K-drama buffs lately.

Let’s take a look at how Halloween transpired in Vietnam’s biggest city.

Thousands of people headed to Nguyễn Huệ in unique outfits 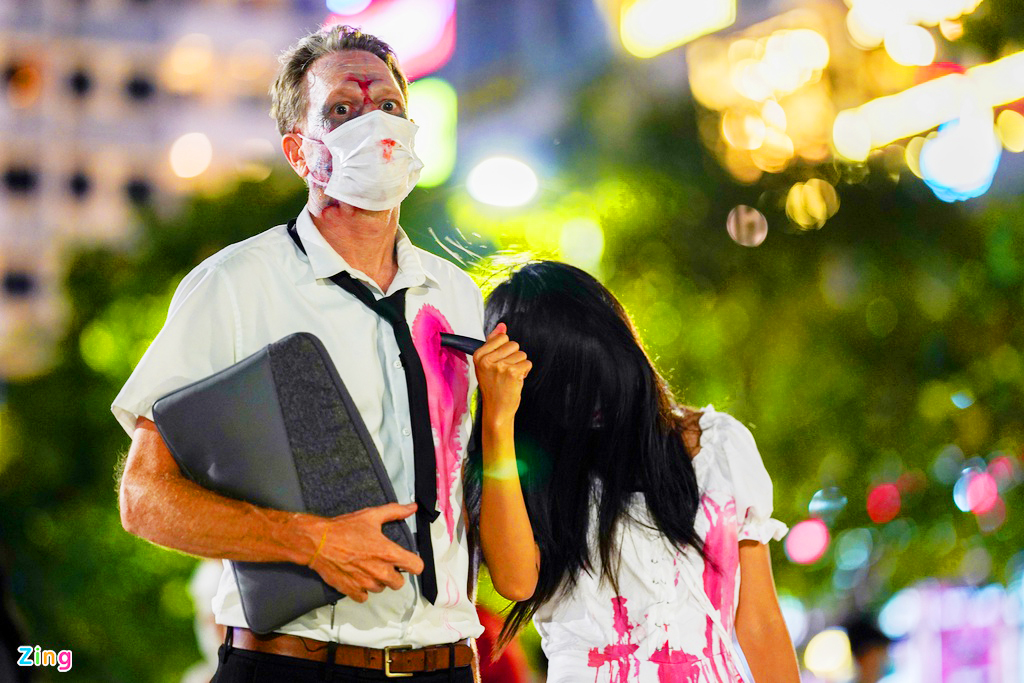 On 31st October, thousands of people headed to Nguyễn Huệ in cosplay outfits to release their pent-up creative energy. Many dressed as zombies, demons, and anime characters. 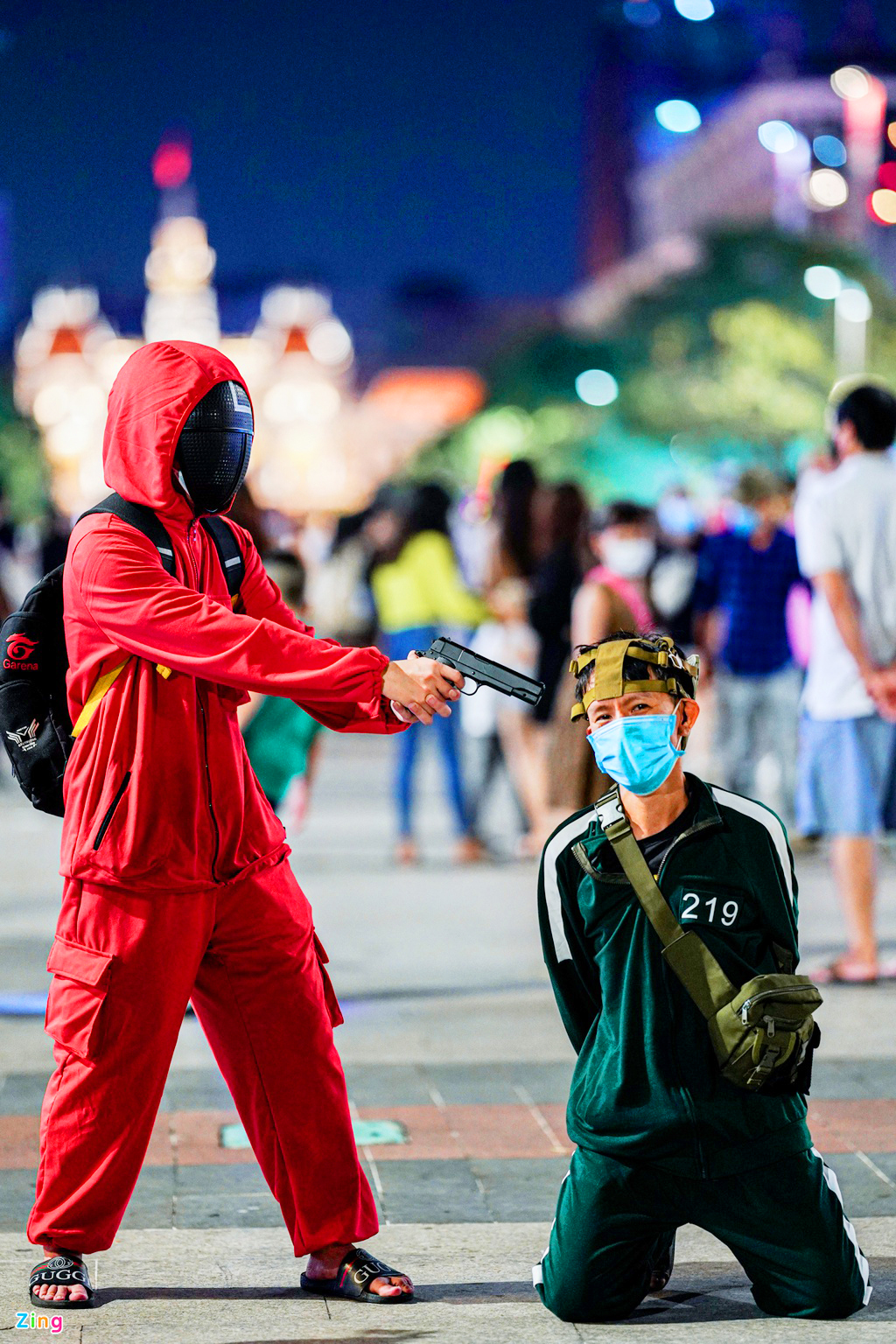 Many seized this chance to dress up as their favorite characters from movies and games, such as Squid Game and Super Mario. 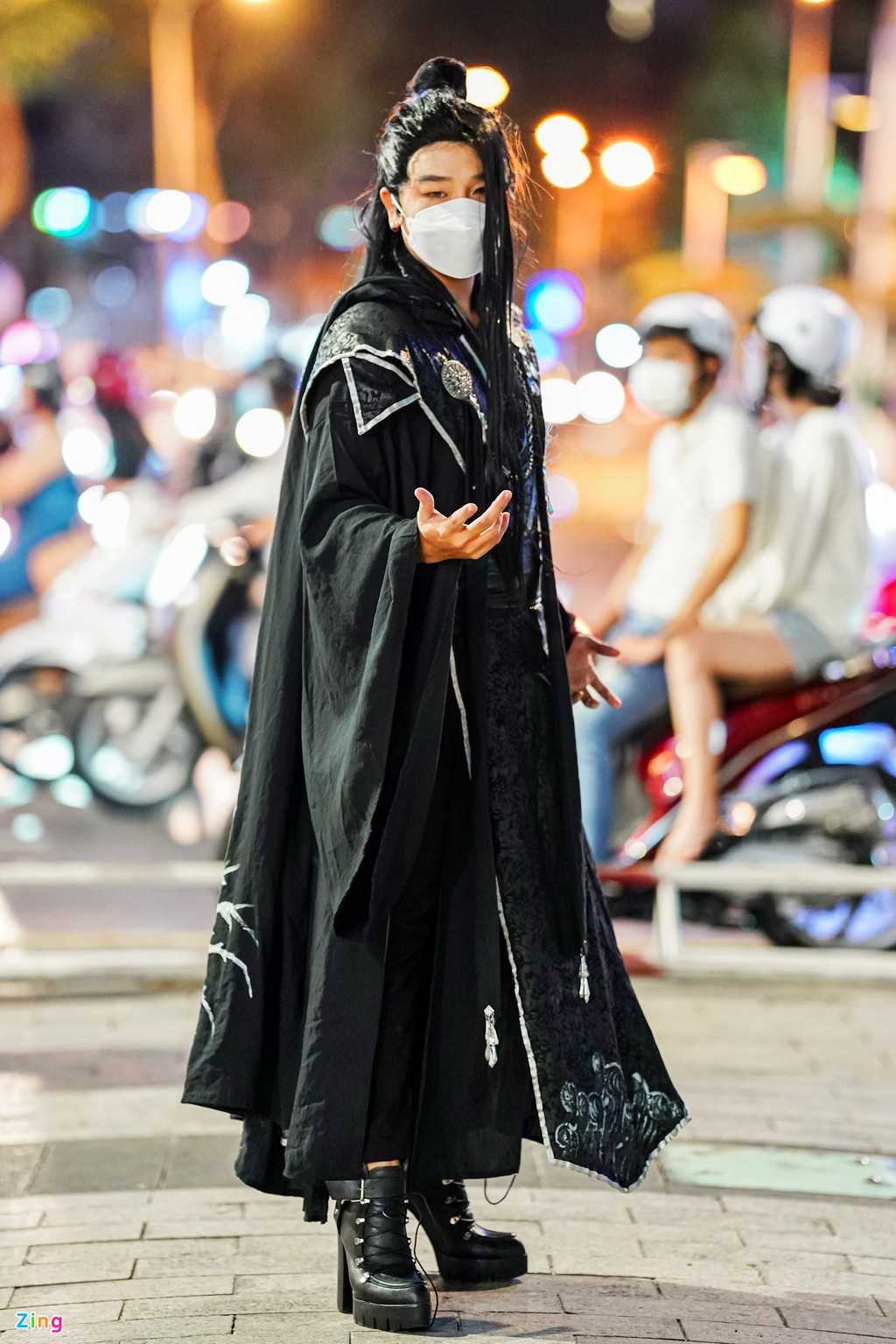 As various as these creative people’s costumes were, the accessories that were constantly present on most people’s faces were face masks. While a face mask looks funny when paired with martial arts outfits and royal costumes, it helped people stay safe and avoid run-ins with the law. 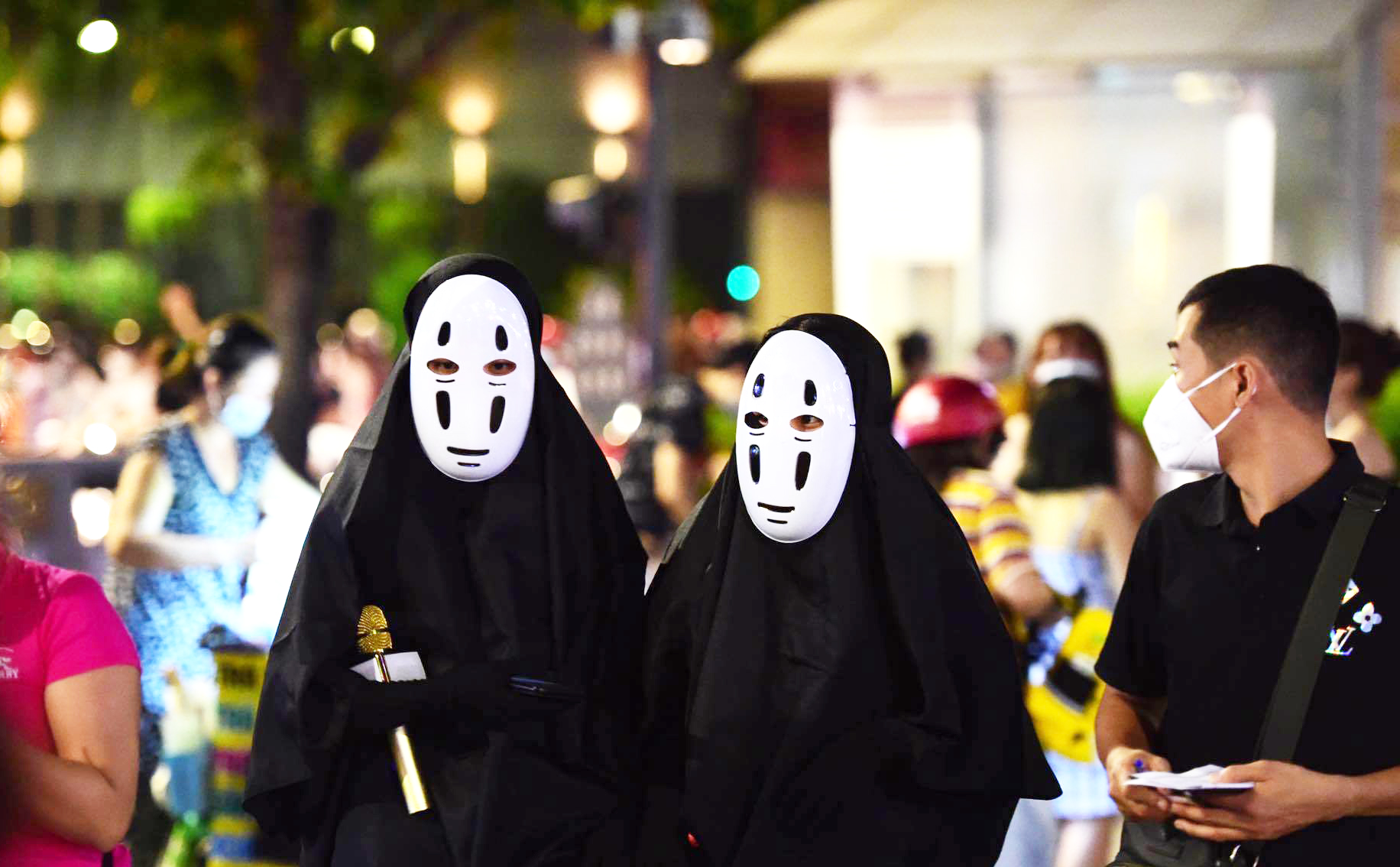 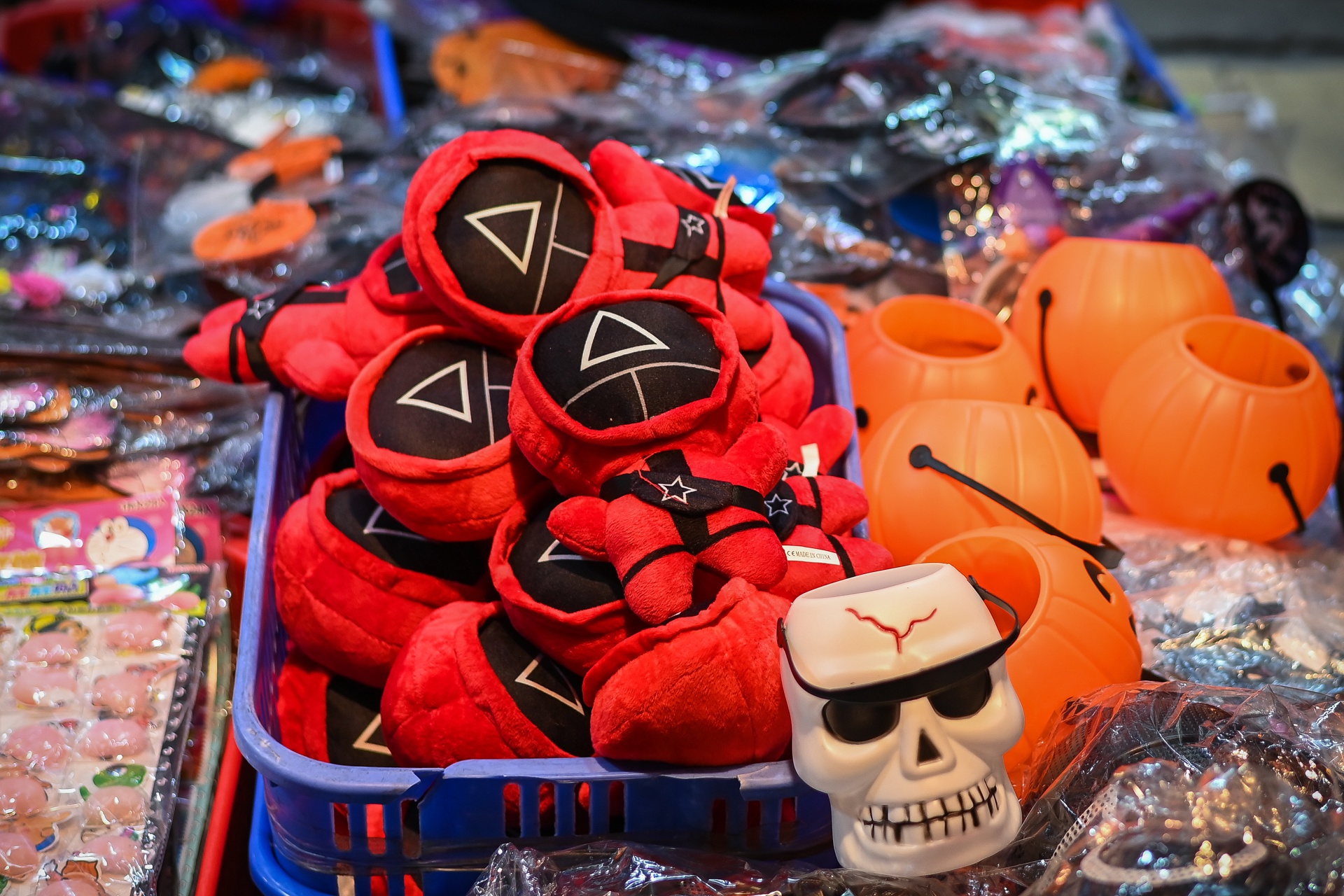 Meanwhile, Squid Game costumes and toys had also been highly sought-after in Hanoi this Halloween.

Gifts inspired by Squid Game came in all shapes and sizes. 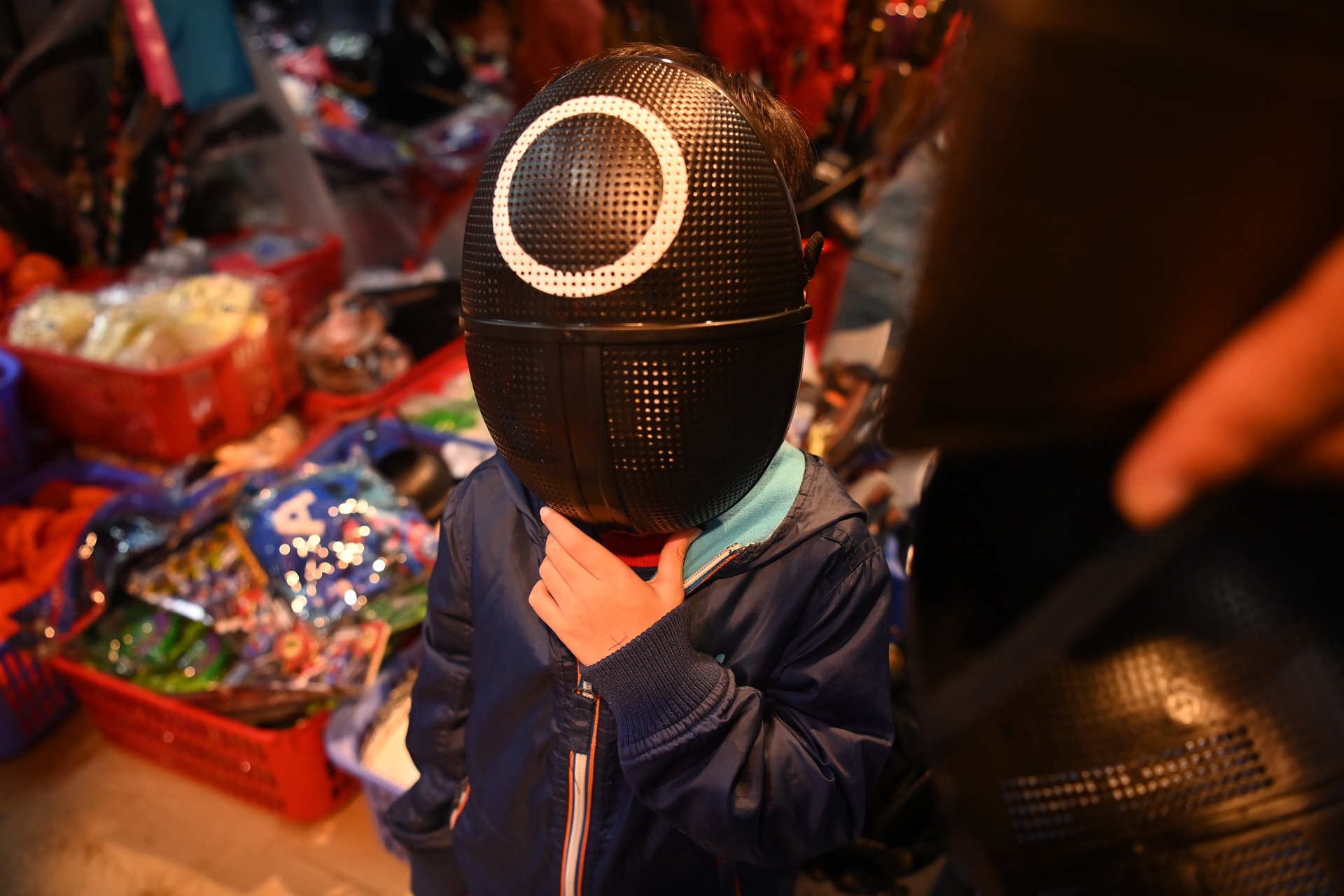 From Squid Game printed masks to tracksuits to crocheted dolls that make unique household decorations, there’s everything for every Squid Game fan.

After half a year of dormancy, Saigon finally came alive again with the celebration of a public event that drew thousands of people.

It’s hard to believe that the streets that were filled with cosplayers and waves of laughter yesterday used to be completely quiet and barricaded for nearly six months.

Now that Halloween’s over, let’s get ready for Christmas. 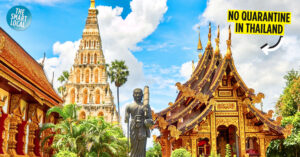 Fully Vaccinated Vietnamese Can Travel To Thailand Without Quarantine, But Here’s Why We Aren’t Packing Our Bags Yet
8 Gaming Mice From VND400,000 That Won't Fail You During Those Clutch 1v3 Moments 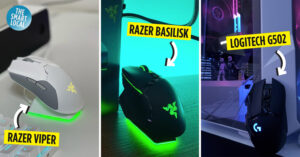