On 28th February, a story about a Hanoi truck driver saving a child falling off a balcony made waves among Vietnamese netizens.

According to Vietnamese news source An Ninh Thu Do, a 31-year-old truck driver saw a 3-year-old holding on to the railing of an apartment balcony when he was sitting in his truck, then climbed up the walls of the building to grab her just in time after she fell off. 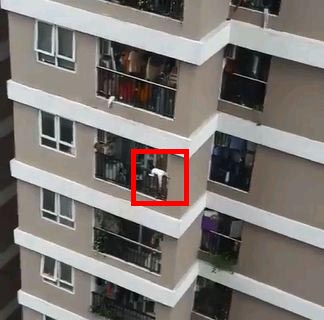 The child was captured climbing over the railing of the balcony
Image adapted from: Thadaco

According to Nguyen Ngoc Manh, the hero in the story, the incident happened at about 5.30PM on 28th February. While sitting in his truck across an apartment building at 60B Nguyen Huy Tuong in Thanh Xuan Ward, he heard a child crying.

At first, he thought that it was the cry of a child who had just gotten scolded by her parents. However, his instincts were proven wrong as he instantly heard a loud cry for help from other adults. 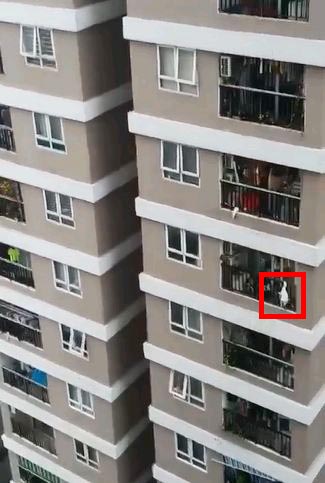 Sticking his neck out of the truck window to see what was going on, he saw the child climbing over the railing of an apartment balcony.

Knowing that the child would fall off the balcony, he immediately rushed out of the truck and quickly climbed the walls of the apartment building where the 3-year-old was. 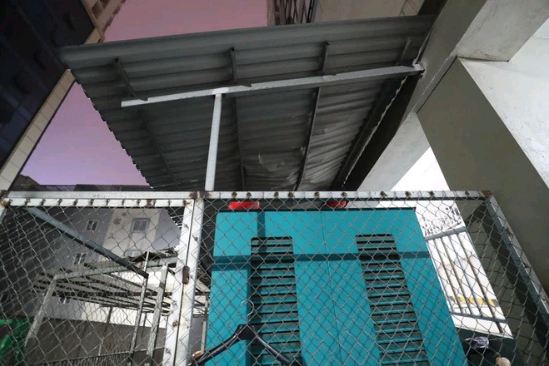 The metal roof that Manh climbed on
Image credit: Soha

He found that the child was hanging onto a 12th-floor apartment’s balcony railings for dear life, and climbed onto a 2M-high roof over a covered walkway where he predicted she would land.

The roof was sloped, so Manh had a hard time maintaining his balance, but did his best to stretch out his arms, waiting to break the child’s fall.

She fell off the balcony into his arms

Fortunately, he had enough time to get up to the roof right before the child fell from the 12th floor and into his arms. Both the man and the child fell off the metal roof after that, and landed on the ground with minor injuries.

The child was rushed off to the nearest hospital where she was treated for a broken arm and leg, while the man broke his ankle during the impact. 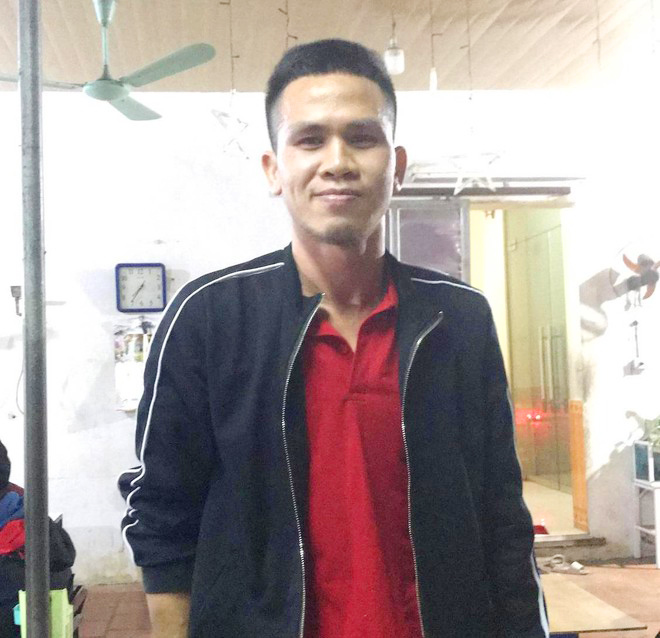 Speaking to Vietnamese media reporters, Manh said that all he could think of when seeing the child climbing over the balcony rails was how to save her the moment she fell.

“My daughter is the child’s age. Even though I broke my ankle, I felt that I did a meaningful job saving the girl,” Manh added.

Truck driver saved a child falling from the 12th floor

Just like any other by-stander, Manh could have simply waited to see what would happen next or yelled for help. Many in his position would have thought they would not make it to the site in time to save the child even if they tried.

However, he rushed to the rescue with an incredible split-second decision, because he sincerely cared for the girl’s safety. Not only did Manh set an excellent example of bravery, but his actions have also restored our faith in humanity and shown us that not all heroes wear capes.

Cover image adapted from: An Ninh Thu Do and Thadaco 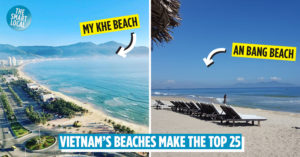 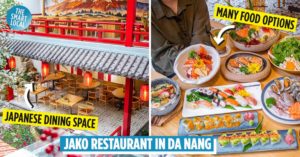