In the old days, Vietnamese men from well-off families used to grow long fingernails. As strange as it sounds, long and well-groomed fingernails indicated that the person growing them didn’t have to do manual labor and thus must have belonged to a higher social class.

While long fingernails are no longer taken as a unique cultural symbol today, there are still people sporting long fingernails as a hobby. One of them is Mr Lưu Công Huyền, a 63-year-old Nam Định resident who’s been growing his fingernails for 40 years.

He needs help with essential activities because of long fingernails 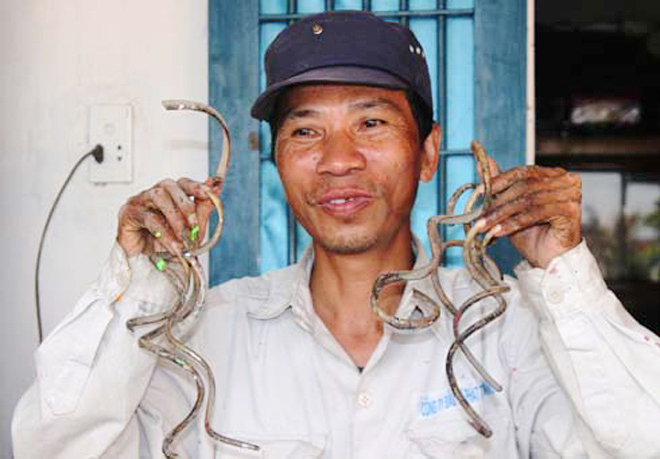 According to Mr Huyền, his longest fingernail is 86cm, while the shortest one is 20cm.

Because his long fingernails get cracked very fast once having contact with water, Mr Huyền has to get help from his wife in his daily activities, from dressing to taking a shower.

He and his wife even avoid sleeping in the same bed to keep his fingernails from any damage.

“His long fingernails piss me off many times. Undressing him is easy, but dressing him up is hard and usually requires at least 15 minutes. I have to dress him up the previous evening to avoid the hassle of putting clothes on him the next morning and being late for work,” Mr Huyền ‘s wife shared with 24h.

Because of such inconveniences, Mr Huyền takes showers only once a week in winter and once every 2 to 3 days in summer. 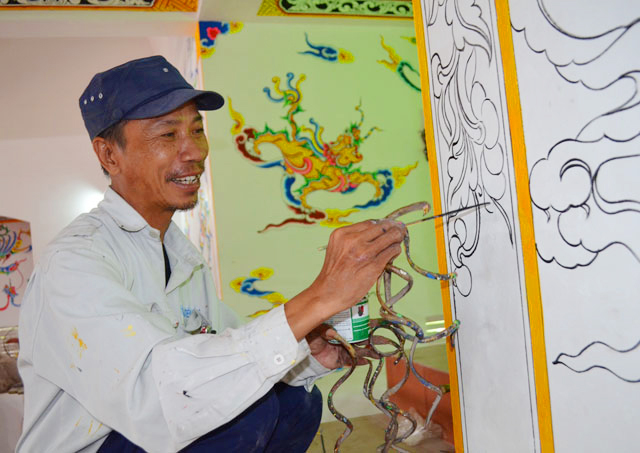 Despite the many difficulties from keeping long fingernails, Mr Huyền is still working as a construction worker and has been the breadwinner of the family for many years. According to his wife, he’s also well-versed in creative arts and passionate about drawing. 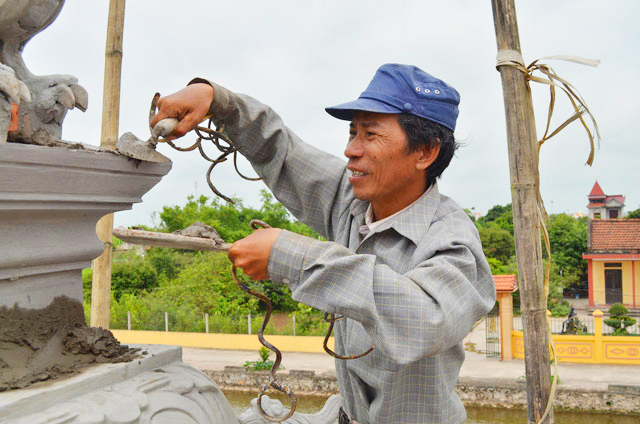 “He’s a hard worker and willing to help out anyone who goes to him. We are very proud of him,” his wife said.

Life went smoothly until he applied for a new ID card 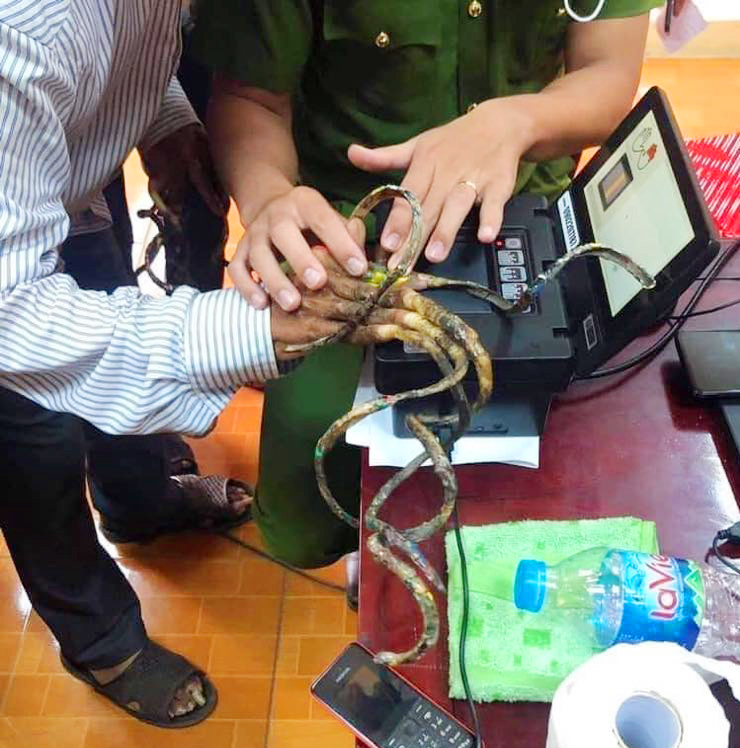 On 4th April, Mr Huyền went to a local police station to apply for a new ID card. While fingerprint scanning usually requires only 2 minutes per person, Mr Huyền couldn’t get the task done after 25 minutes of trying.

“Mr Huyền said that he has Vietnam’s longest fingernails, and that he would like to have his fingernails scanned another day because he was afraid that they would be broken during the scanning. He alone took up 25 minutes of our time and slowed down the application process,” a police officer at the police station said.

Man with long fingernails hit a snag with fingerprint scanning

While Mr Huyền’s excessively long fingernails may give him an eccentric appearance at first glance, his persistence with his high-maintenance commitment while still working hard to provide for his family is admirable.

Let’s hope that Mr Huyền can successfully have his fingerprint scanned and obtain his new ID card in the foreseeable future.