Learn how to cook with these Vietnamese cooking Youtube channels

Although social distancing measures have been lifted in Vietnam, many venues remain closed. Restaurants and cafes are starting to reopen, but most only offer takeaway options as a safety precaution. But takeaway meals can get boring and expensive after a while, which is why many people are learning how to cook through watching Youtube tutorials.

Be it eggs for new cooks or making lobsters for experienced home chefs, learn how to cook your own meals by following these Vietnamese cooking YouTube channels online. 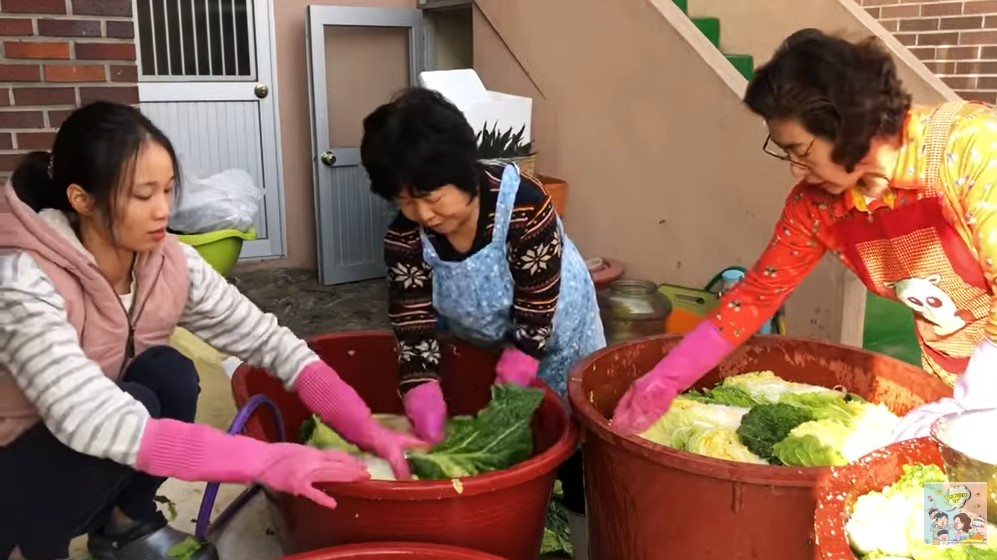 Kiều Tiên, her mother-in-law, and a neighbor are making kimchi

Yewon TV offers a glimpse into the life of Kiều Tiên and her family in Korea. In her videos, Kiều Tiên is featured shopping for groceries, making kimchi from scratch, and making home-cooked Korean meals. 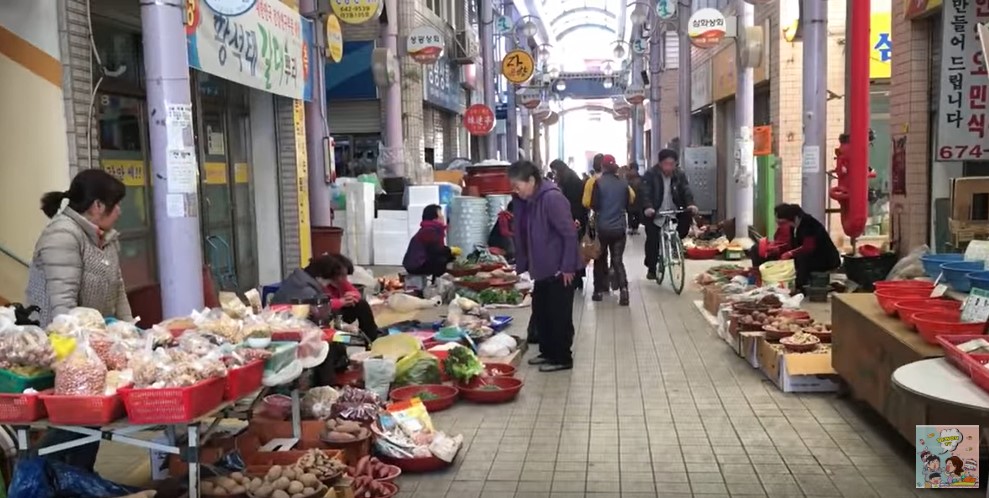 In these videos, viewers will see Kiều Tiên whip up a wide variety of Korean dishes, including kimchi-jjigae, bibimbap, and kimbap, with detailed explanations and plenty of tips. 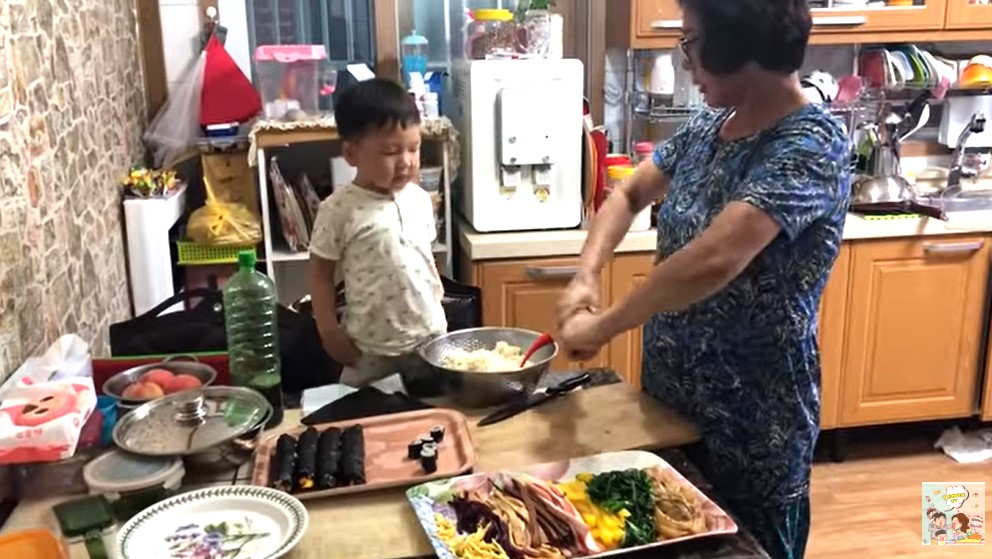 In some videos, her mother-in-law, or husband are shown cooking, eating, and sharing cooking advice. 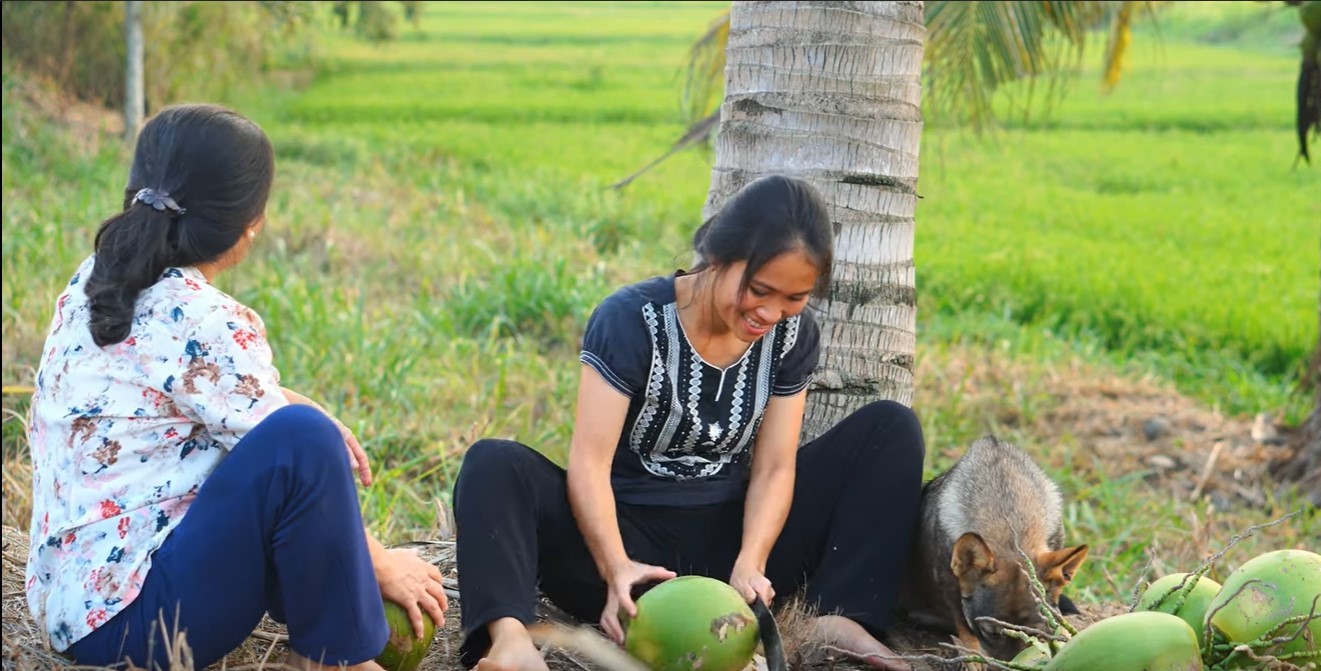 Hosted by An Đen, a country life vlogger, Về với mẹ consists of videos showcasing the preparation of homemade Vietnamese food and peaceful way of life in her hometown of rural Daklak.

An Đen seldom speaks in her videos. Instead, the serene background music, the sound of nature, cooking, and casual banter between her and her family members takes centerstage. 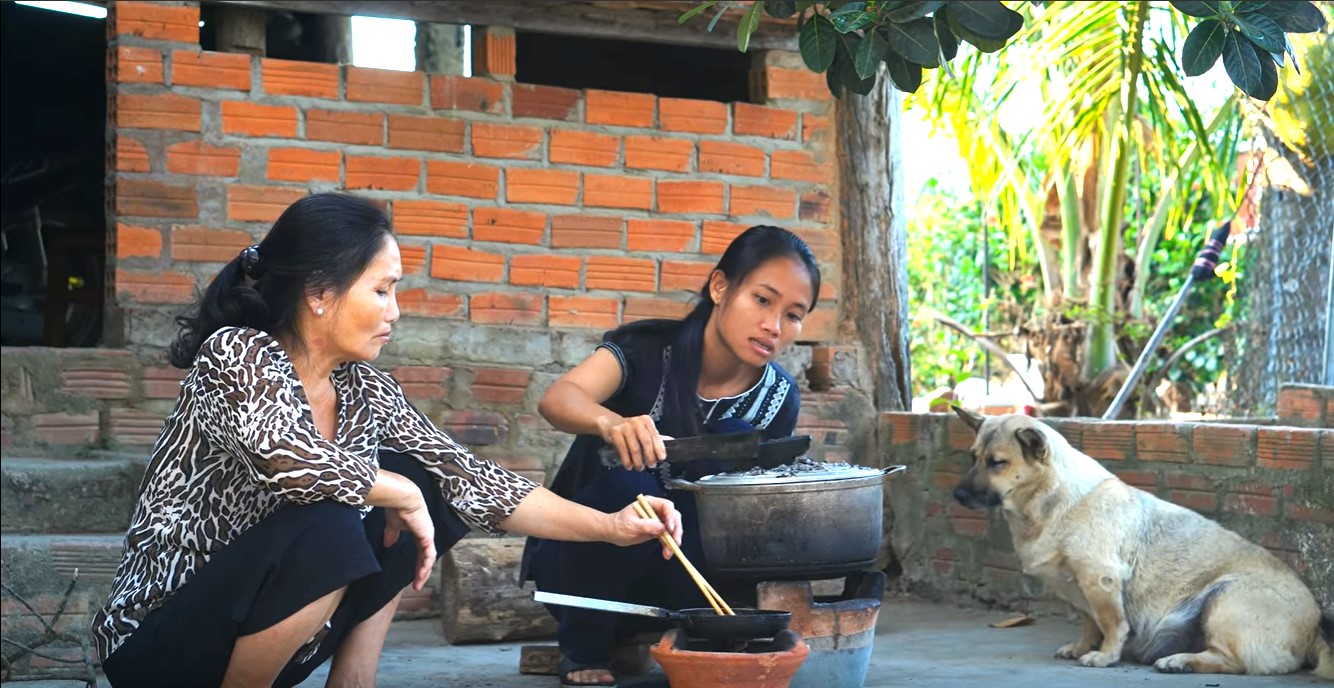 Using super simple cooking utensils, An Den and her mother whip up no-frills and comforting dishes that make your mouth water. When making classic Vietnamese dishes such as shrimps fried with coconut rice and rice vermicelli with shrimp paste, every ingredient and step is portrayed vividly and inspires viewers to want to start cooking. 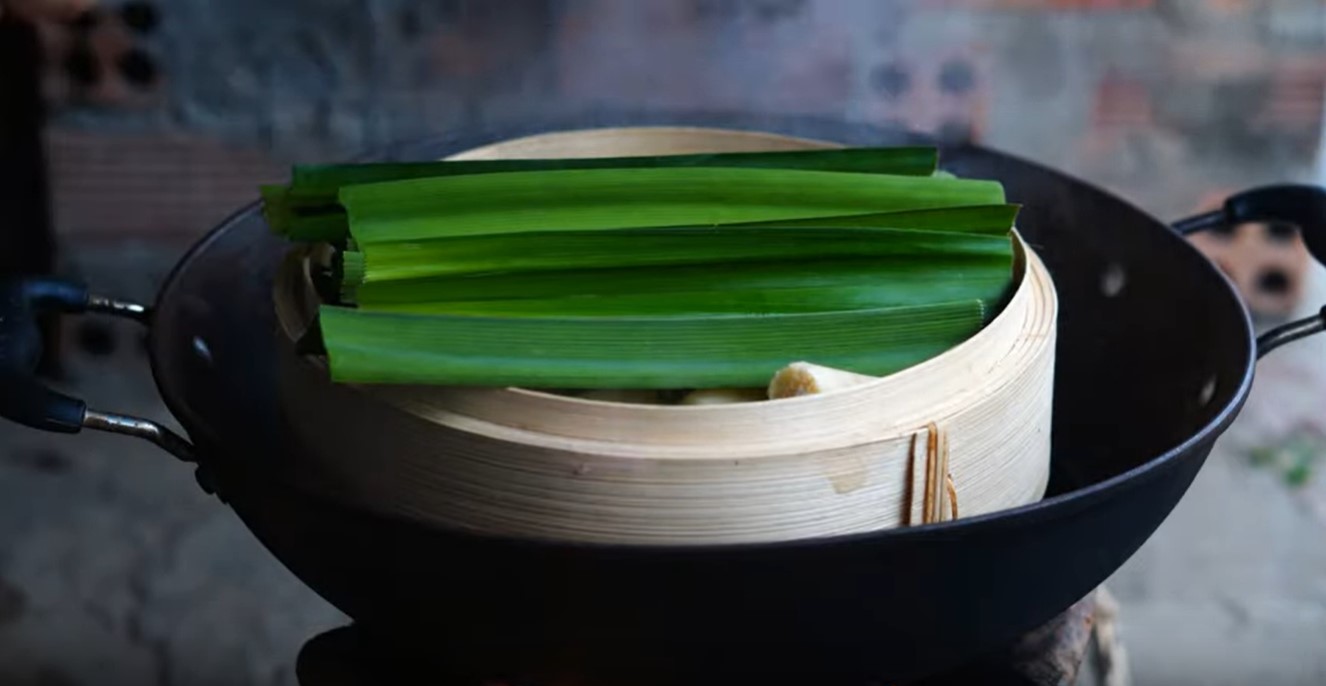 What impresses viewers is their portrayal of a peaceful life in the countryside with her family, and that she seems to do everything by hand, from harvesting a coconut from the tree to removing coconut meat from the shell. 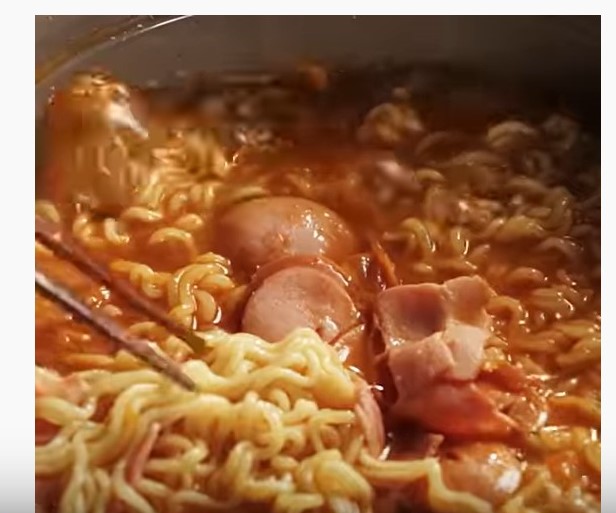 Not only do Cookat’s instructional videos cover a wide range of dishes from easy to difficult, but they also teach the viewers how to make one dish in 4 different ways. 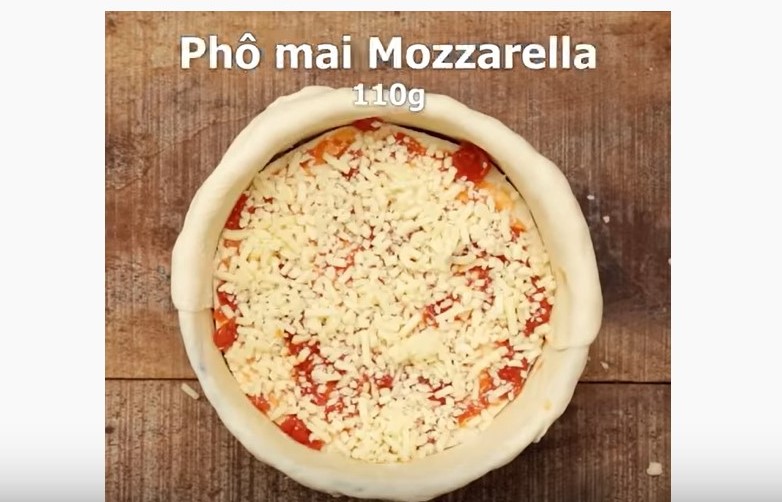 Each cooking video lasts 2 to 4 minutes on average and can be easily understood even though they have no narration, unlike Vietnamese cooking YouTube channels that require knowledge of Vietnamese to understand fully.

The ingredients used in Cookat’s videos are easy to find in most supermarkets, making it an ideal cooking channel for both new cooks and experienced ones alike.

4. Vân Sơn Show – perfect for both foodies and travel lovers

Hosted by the renowned comedian-cum-restaurateur Vân Sơn, this cooking channel consists of over 50 videos showcasing Vân Sơn himself cooking and sharing recipes of dishes often served in his restaurant.

Viewers will see him whipping up an array of fancy dishes such as king crab made with garlic and butter sauce, beef steak on iron pan, Canadian lobster and, of course, Vietnamese classics such as pig ear soaked in fish sauce.

He also invites celebrities onto his show to sample his freshly cooked dishes and give comments. Famous celebrities like singer Tuấn Ngọc, comedian Chí Tài, actor Johnny Trí Nguyễn have made appearances on his videos. 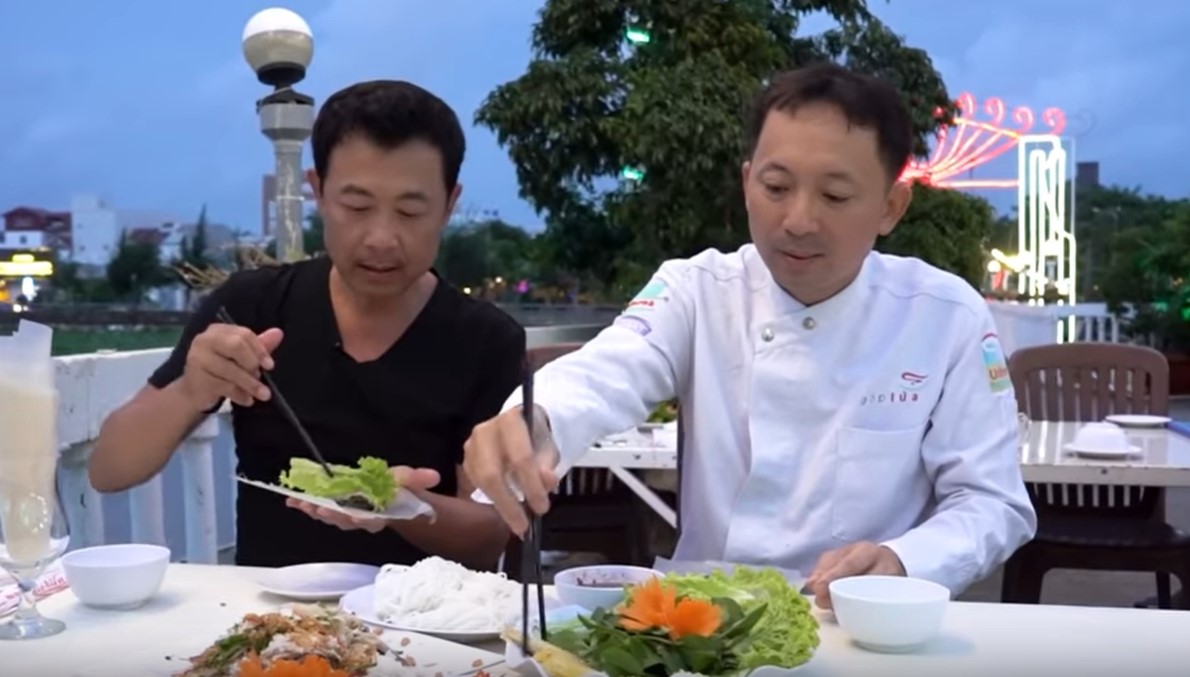 A travel buff himself, Vân Sơn regularly travels to different corners of Vietnam and many countries in pursuit of good food and cultural stories. You’ll find many videos introducing the specialties of each place he visits. Viewers will see him making sardinella salad in Kien Giang and tasting rice steamed in claypot in Rach Gia.

Van Son’s channel is the best of both worlds for foodies who also love travelling.

Those who are intrigued by cooking noises such as chopping, sizzling, or washing should not skip videos by Culinary Frank’s Food Channel, which centers on cooking with Autonomous Sensory Meridian Response (ASMR)-inducing sounds.

These videos have no narration, only cooking sounds and calm background music. Plus, these videos are filmed with a cinematic quality, making them a sight to behold.

Since the host is Vietnamese, the viewers will find him dishing out a plethora of Vietnamese dishes, with every step vividly portrayed. From Vietnamese banh mi to the street food classic, broken rice, these instructional videos make for a literal feast for viewers’ eyes.

He also demonstrates how to cook dishes from other Asian countries, such as Taiwanese fried chicken and Korean spicy buldak chicken in his videos. 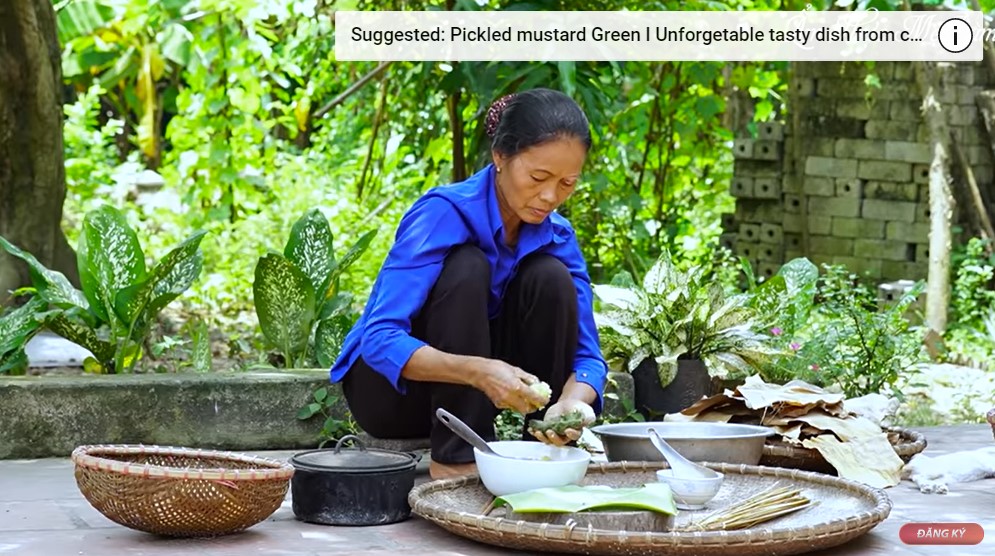 Founded by a son’s love for his mother’s cooking, this channel has over 60 heart-warming videos depicting peaceful life in the countryside with the Youtuber’s mother.

In his videos, the mother appears to make everything from scratch and with much ease. 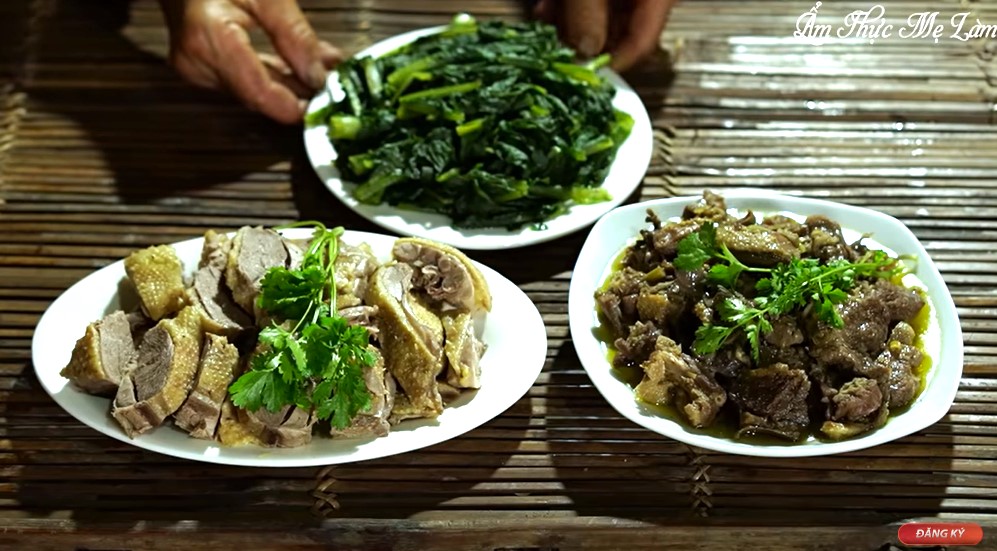 Image adapted from: Siamese duck poached with rice ferment and galingale I Am Thuc Me Lam

Viewers will be shown the step-by-step process of cooking and where the ingredients come from, from picking fruits to cooking with firewood. 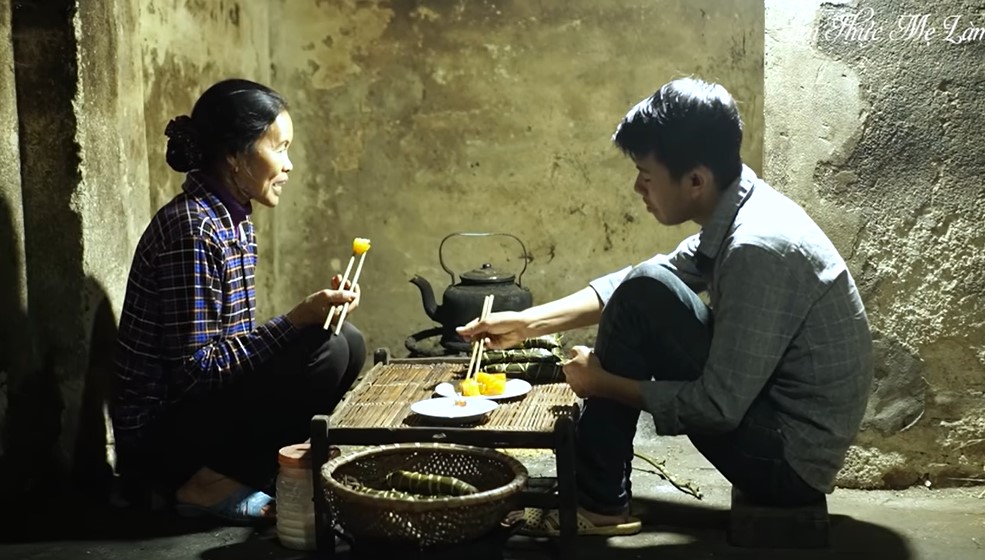 Mother and son eating together
Image adapted from: Cake Made Of Glutinous Rice Flour Dipped In Lye I Am Thuc Me Lam

7. Khoai lang thang/Food and Travel – a myriad of regional specialties 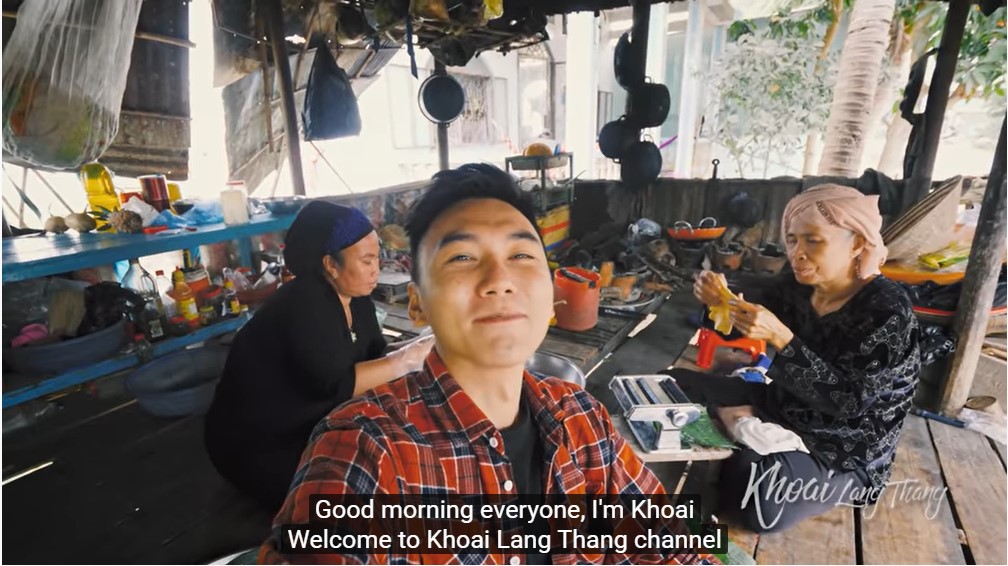 Khoai Lang Thang/Food and Travel channel shares Khoai’s journey to lesser-known places in the western part of Vietnam to explore their cultures and cuisines. 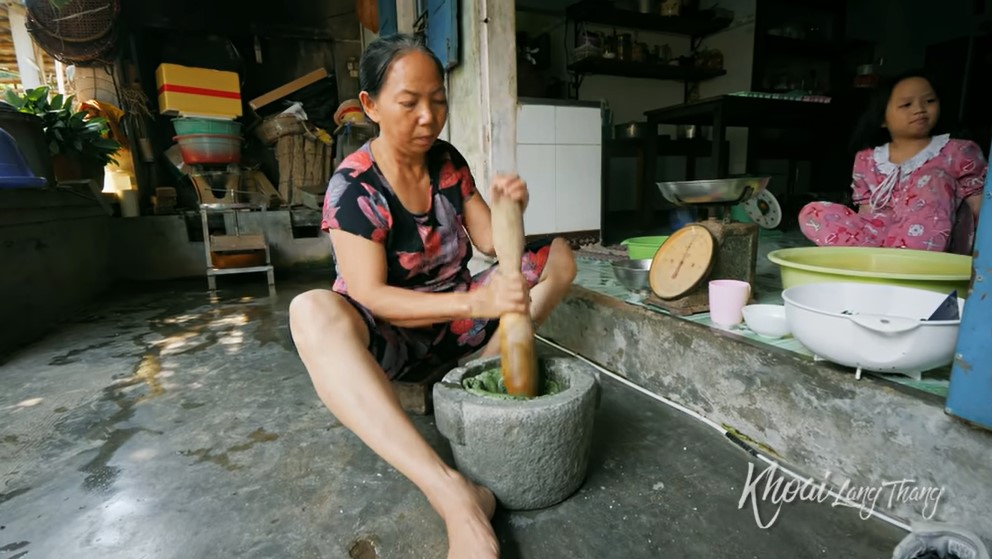 Not only can the viewers feast their eyes on the scenic and diverse beauty of Vietnam in his documentaries, but they also learn about regional cuisines and cooking tips shared by the locals themselves.

From glutinous rice cake (bánh ít lá gai) of Bình Định province to Hue‘s fried pig sweet soup, viewers will be amazed at many regional dishes that they may not even know exist in Vietnam. 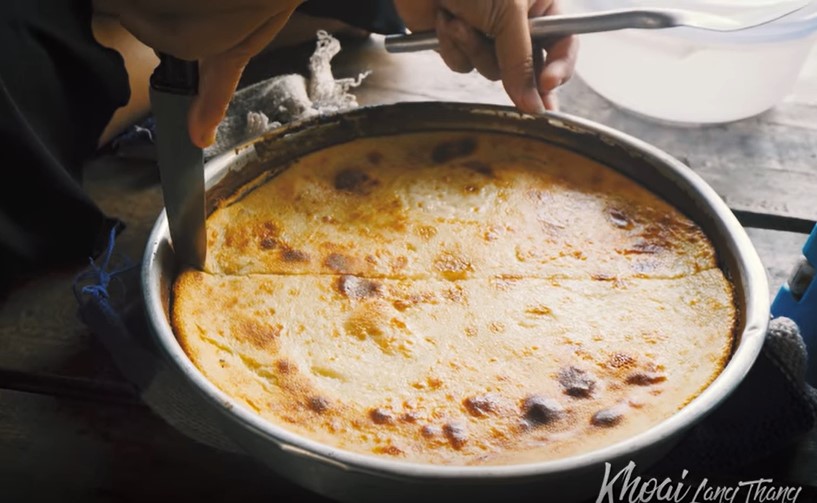 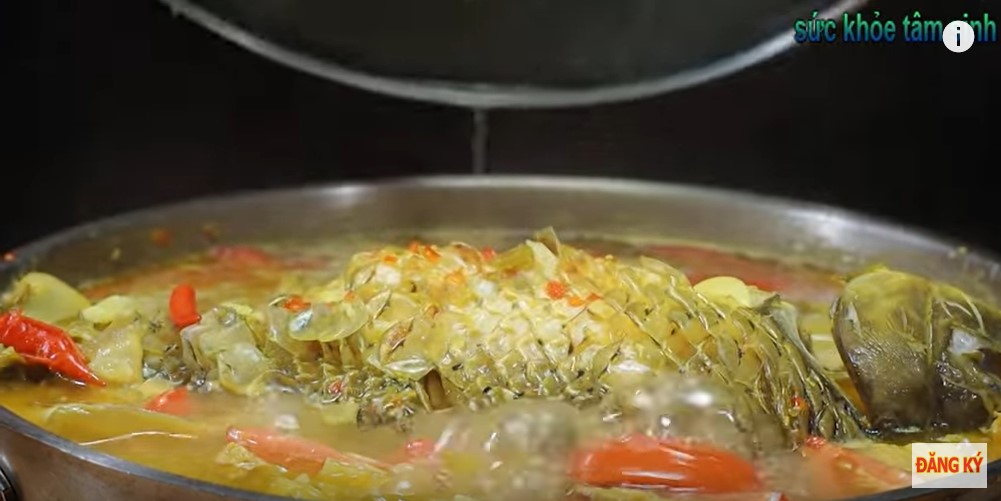 From making carp braised with pickles to Vietnamese traditional biscuits to different ways of concocting dipping sauces for salads, Sức khỏe tâm sinh has every recipe a Vietnamese housewife can dream of. 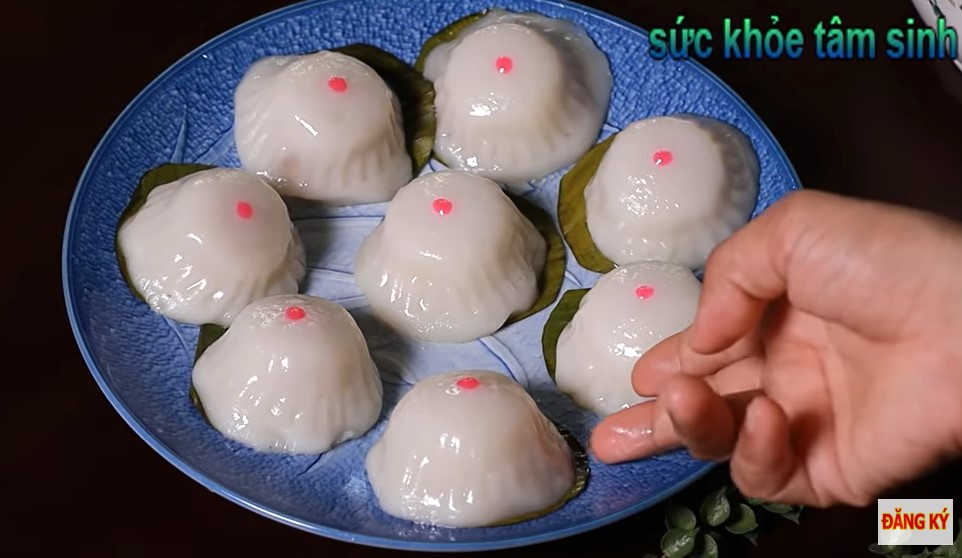 Each video lasts 10 to 20 minutes, with the host sharing detailed instructions and cooking tips. 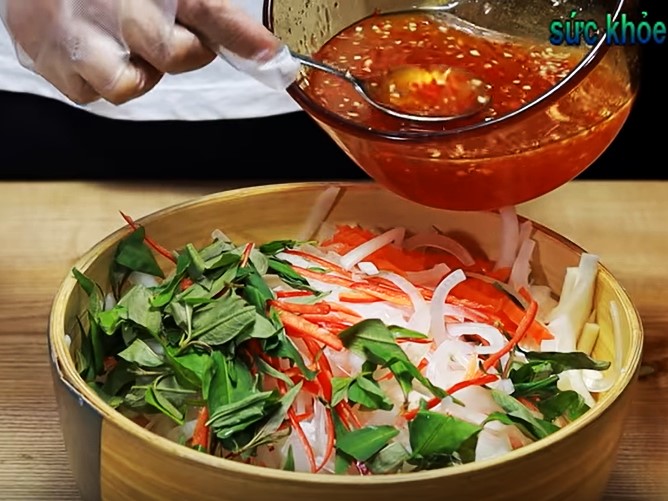 Even without cinematic quality and catchy background music, these videos still score points with viewers because of their relatability and informative tips.

Through these videos, viewers can learn to cook a great variety of Vietnamese food, including festive goodies for special occasions and simple desserts. 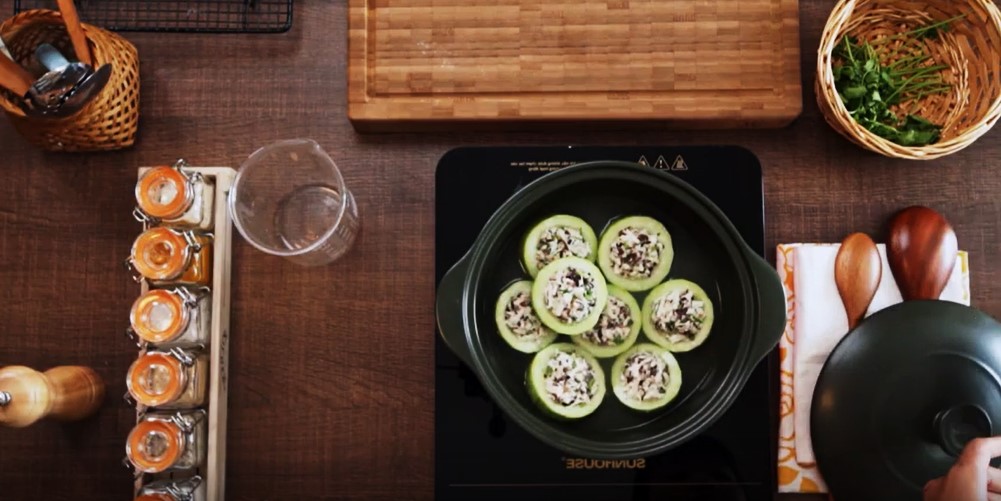 Most Vietnamese cooking YouTube channels are for omnivores, but vegetarians, vegans, or people who plan to eat plant-based foods every once in a while can check out the tutorial videos by Ăn chay cùng Nhi for a variety of vegetarian- and vegan-friendly recipes.

Hosted by Nhi, a long-time vegetarian herself, the channel covers over 70 tutorial videos. Most have no narration and last less than 2 minutes, showcasing sped-up food preparation steps. 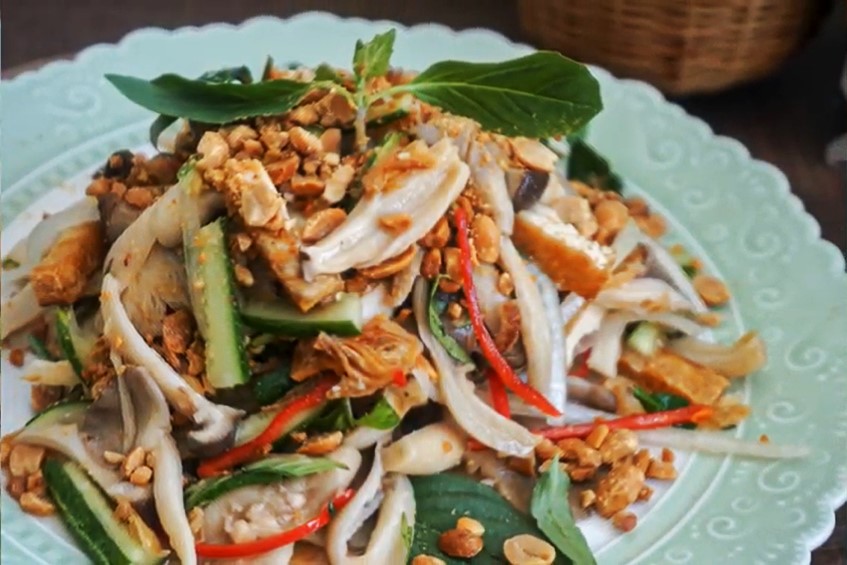 Viewers will be surprised at how diverse vegetarian and vegan foods can be from the plethora of dishes in these videos. Nhi also uses minimal and basic ingredients in her dishes, which makes it easy for viewers to learn and cook along to. 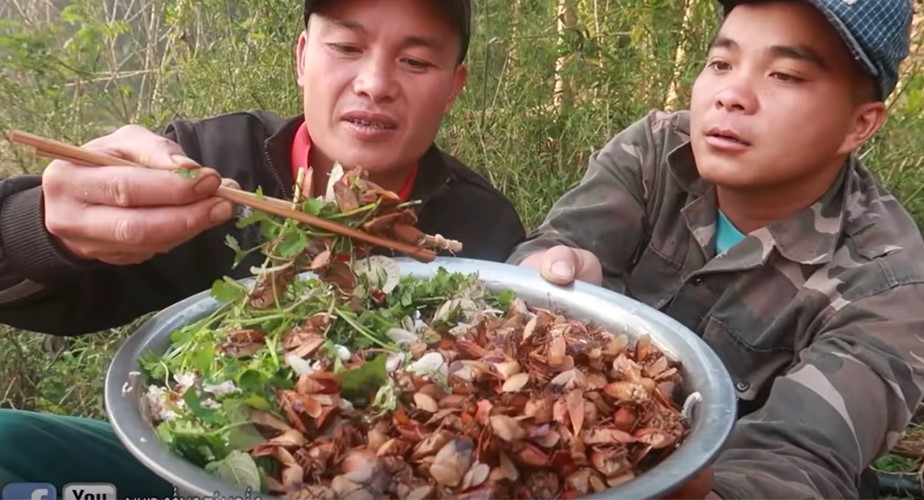 Those who’re keen to explore the food scene and culture in the mountainous northwest region of Vietnam can check out Nhịp Sống Tây Bắc’s videos.

In the videos, a group of young men living in the northwest are shown making unique local specialties many fellow Vietnamese might not have heard of before. 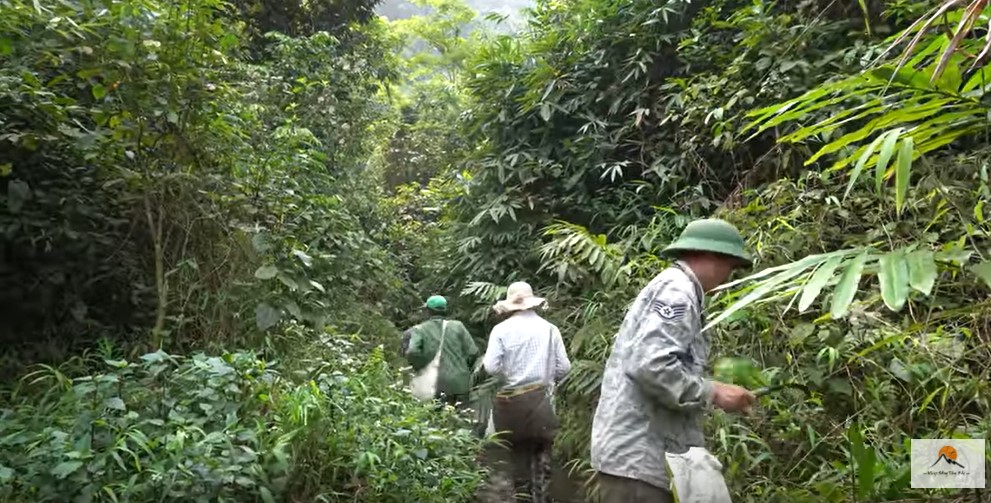 These young men are always captured venturing into nature to find ingredients for the dishes they plan to make. The results include delicacies such as grilled ant meat, mole cricket stir-fried with sour bamboo shoots, and gecarcoidea cooked with aganonerion. 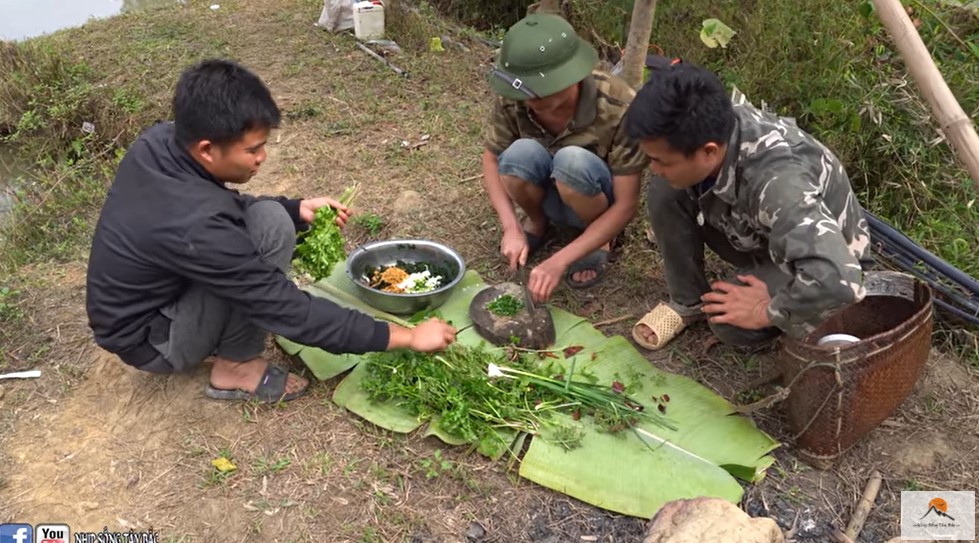 After finding enough ingredients for a meal, the entire cooking process, including salting, curing, and smoking, will take place on the spot, using traditional cooking techniques and tools. 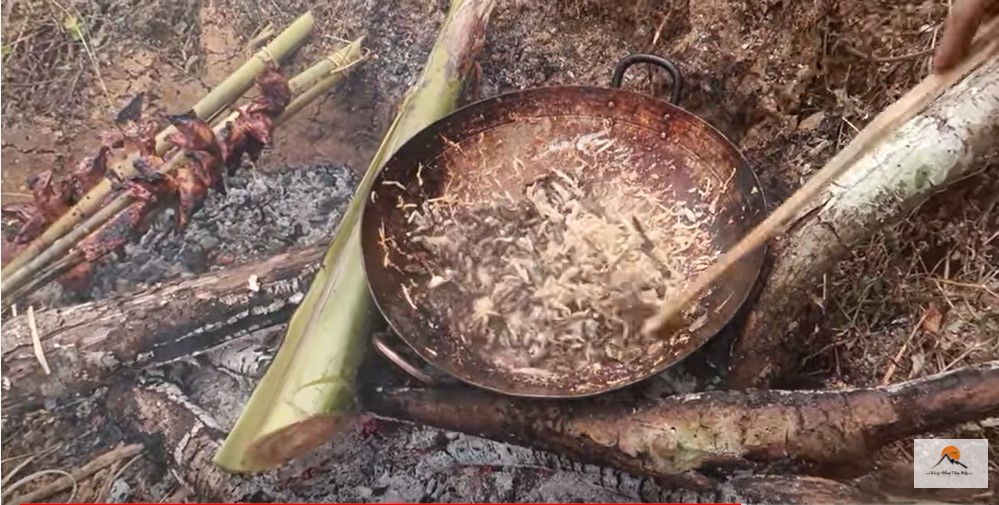 The channel’s videos impressed viewers with its authenticity and the resourcefulness of its hosts. Those who dream of escaping city life and living in the wild, can first check out these videos first and live vicariously through these men who find food and cook right smack in the heart of nature.

With COVID-19 affecting the global economy, most of us are feeling the pinch. Instead of ordering expensive takeaway every day, learn how to cook. It’s cheaper and helps you improve your health as you can handpick the ingredients that go into your meals.

Besides, cooking also gives you a mental reward at the end and provides a platform to unleash your creativity. There are plenty of great options to learn from Vietnamese cooking Youtube channels right now to help you hit the ground running. 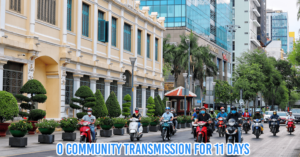 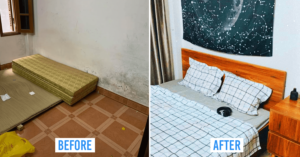