For all the football fans out there watching the Barclays Premier League, you would’ve probably downed a glass of Carlsberg whenever your favourite team scored … or missed. Even if you aren’t a fan of football, Carlsberg is a prominent feature in bars, clubs, and other lifestyle events.

As you gather with your family for reunion dinners, celebrate with Carlsberg once more this Chinese New Year with a collaboration between Carlsberg and Thai Village Restaurant.

The Thai Village Restaurant prides itself for its impeccable seafood straight from the sea. This year, it has paired up with Carlsberg to offer an exclusive dish of Carlsberg-infused pork ribs. Surrounded by lively chatter and comfortably seated, we couldn’t wait to try the Lunar New Year set menu out.

What usually makes or breaks a yusheng is the plum sauce – too sweet, and you’ll be left with an aftertaste only washed away by multiple gulps of water. Thankfully, the Lucky Raw Salmon Yusheng hit the nail on the head with its sweetness.

Not too sweet or cloying, it is certainly one of the best I’ve tried. The salmon was fresh, and with little pieces of ginger to kick it up a notch, it was a great start to our feast.

Even though this dish may not appeal to wildlife conservationists, at least try the soup for its richness and flavour. With a viscous texture reminiscent of sweet and sour soup, its flavour complemented the texture of the shark’s fin.

The pieces of shark’s fin were almost the size of my palm, and its chewy and stringy texture made for a well-rounded dish. Be sure to add some vinegar and pepper for the extra kick!

The steamed Soon Hock was absolutely delightful – the freshness of the fish came through from the very first bite, and when paired with the soya sauce, it was nothing short of excellent.

Unlike the traditional, bitter, herbal soup which my grandmother occasional boils, this herbal soup was a pleasure to drink. Not bitter and slightly sweet, everyone seated at the table were singing praises of it. The prawns were fresh and sweet, and I couldn’t help but take more.

When the dish arrived, everyone was stunned – the duck was massive! Even though the sauce was a little salty, the duck itself was tender and full of flavour. Along with the mushrooms and chewy sea cucumbers, our stomachs were satisfied.

I’ve never been a fan of asparagus as it’s easily overcooked and hard, but surprisingly the fried asparagus was done beautifully – it was crunchy with an earthy flavour. The scallops were nicely done as well with its sweetness and slightly chewy and stringy texture.

Served in a bed of sauce with dried scallops and crunchy vegetables, the braised tofu was extremely smooth and silky, wrapped in a flavourful skin. If I wasn’t so full by then, I would’ve taken extras.

The seafood fried rice was fluffy and fragrant; embedded within were small, crunchy crystal prawns, while tiny fried anchovies gave the dish extra umami and packed a punch. If you’re daring enough, try adding a little green chili sauce into the rice for a little fire in your mouth.

We rounded off the meal with a light and refreshing dessert of sea coconut with longan. Served cold with little pieces of ice, it was a nice end to the meal – by then, we were almost exploding. With the right amount of sweetness and chewiness, my stomach was thankful and happy.

We were specially treated to a live demonstration by the chef right in the kitchen, watching as he prepared the sauce, marinated the ribs, deep-fried them once through and then cooked them again in sauce and beer. Judging from his skillful handling of the wok and cooking expertise, we eagerly anticipated the moment when we could try his freshly-prepared, Carlsberg-infused pork ribs.

Born out of the collaboration between Carlsberg and Thai Village Restaurant, the Carlsberg-infused pork ribs were beautifully plated, with the eye-catching glistening sauce keeping us on the edges of our seats.

The pork ribs were sweet and tender with just a hint of beer, suitable for non-drinkers and young ones in the family. My only gripe would be the lack of meat – the ribs were mostly bone.

I thoroughly enjoyed the whole meal – each dish was plentiful, and even though we were all bursting, there were enough leftovers to feed an additional 5 people! With a balance of flavours, everything was skillfully cooked, and the taste and textures hit the mark.

If you’re looking to treat your loved ones to a feast this Chinese New Year, do check out Thai Village Restaurant for its freshness and delectable offerings. Also, to all the beer lovers out there – you’re in for a Carlsberg treat!

Do note that the Carlsberg-infused pork ribs will be available on the Ala-carte menu only after Chinese New Year.

Getting to Thai Village Restaurant

Thai Village Restaurant is located in Singapore Indoor Stadium, right next to the outdoor carpark and a short walk away from Stadium MRT station.

Here’s an example of their menu. 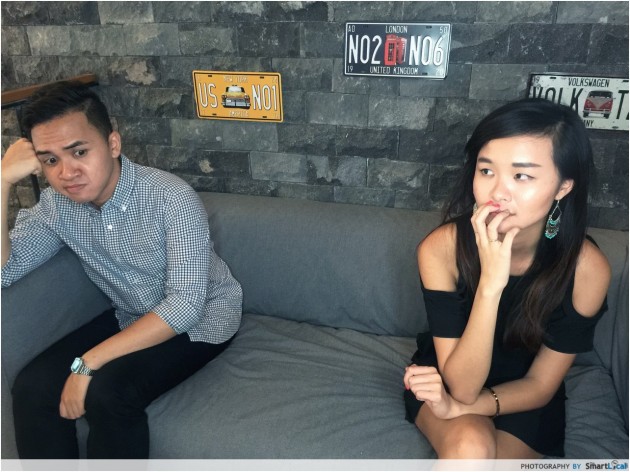