About Singapura: The Musical 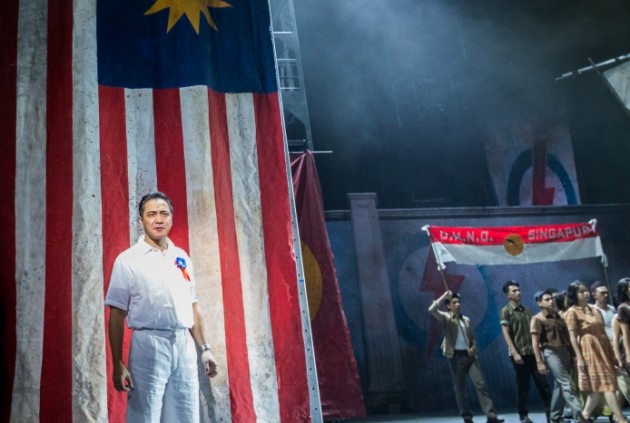 Having grown up listening to that same old grandfather story in Social Studies, it’s common knowledge to us that the years between 1955 to 1965 were turbulent times for those living in Singapore. It was marked by bouts of social upheaval, as Singapore inched towards independence in a tug-of-war between political factions with wholly disparate visions for her.

Singapura: the Musical undertakes an ambitious task: it hopes to depict “ordinary Singaporeans’ struggles” during those formative years. Created and composed by Ed Gatchalian, Singapura is an international production by Filipino company 4th Wall Theatre Company, and boasts a predominantly Filipino cast.

Held at the beautifully refurbished Capitol Theatre, I had had high hopes for this musical.

In truth, the musical did a lot less than it set out to do. 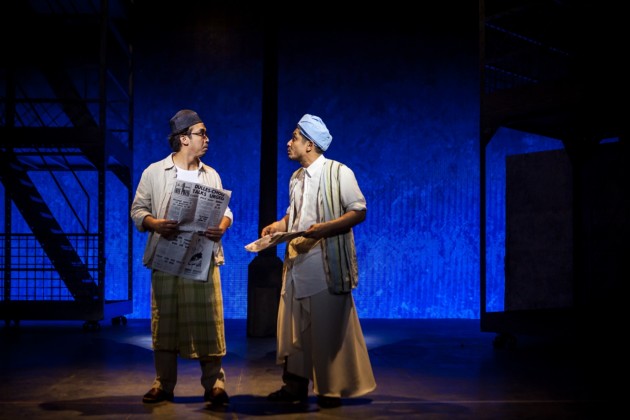 When Singapura started, I was a little put off by how unnatural the dialogue was. Not only were the accents were a little off, it seemed as if Singlish consisted merely of awkwardly placed ‘lahs’.

I felt that it was too early to come to a verdict, yet I became increasingly dissatisfied as the play progressed. 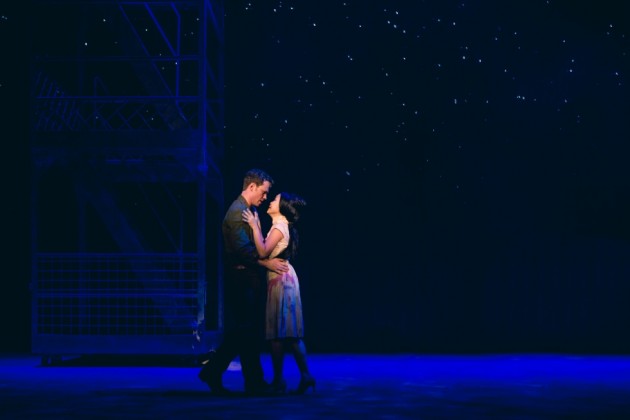 High School Musical? Nope, just Singapura: The Musical and one of its many interracial couples.

The musical’s thinly-developed characters engaged in various romantic interracial relations, which were at that time considered contentious. Some were tragic and some were unrequited, but the main problem with this is that it led Singapura more into West Side Story/ Romeo and Juliet territory than anything else. 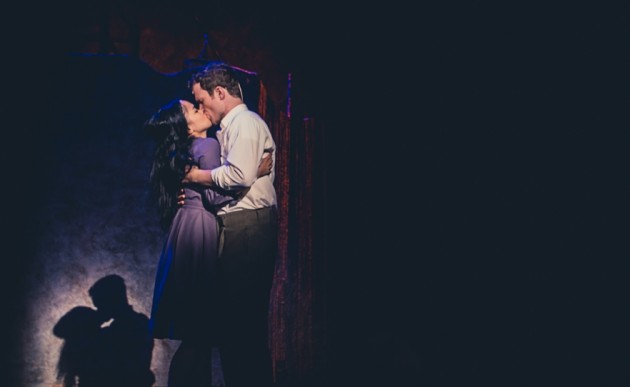 The romance between protagonist Tan Lee May and British Lieutenant Flynn, in particular, was the most confusing. The relationship did not contribute to furthering the narrative, yet was given so much attention. Their storyline was also resolved very unsatisfyingly.

Intellectuals may interject: could it have been a metaphor for Singapore’s independence from the British? Unlikely – both characters were insufficiently developed to the point where they could be deemed as personifications for the aforementioned countries. 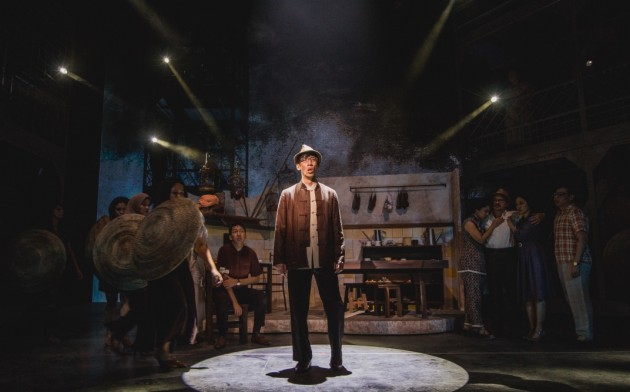 Rattling off important dates and numbers in the spotlight for a musical makes me nervous too.

Also, the musical’s historical component was a sloppy mix of reciting numbers and names of riot victims, as well as including what seemed to be arbitrarily chosen segments of documentaries in the backdrop.

Singapore’s journey to independence was also poorly treated. Much of it was glossed-over, with an undue focus on ‘The Man in White’ (presumably Lee Kuan Yew, though this is not explicitly established), whilst other prominent historical figures were omitted from the narrative. 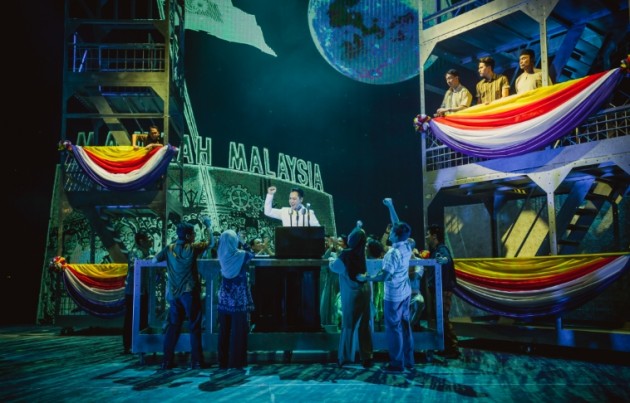 Singapura’s only historical figure – The Man in White.

The musical was split into two acts of disproportionate length – the first being too long, and the second, too short. It didn’t help that the setlist consisted of more misses than hits, filled songs full of clunky lyrics and cumbersome phrasing. The musical’s saving grace? A handful of catchy numbers like “At the Kopitiam” and “Tomorrow Begins Today”. 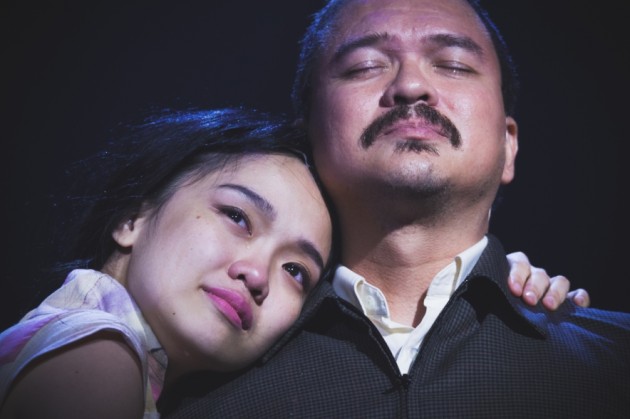 I’m crying too – I don’t understand what just happened.

Ultimately, Singapura left me confused – and not in a good way.

If you’re only planning to watch one Singapore-centric production given the spate of Singapore-related musicals and plays slated to be shown sometime in the year, give Singapura: The Musical a miss. While I appreciate the hard work that went into producing this musical, the overall product is still lacklustre and not worth sitting through. 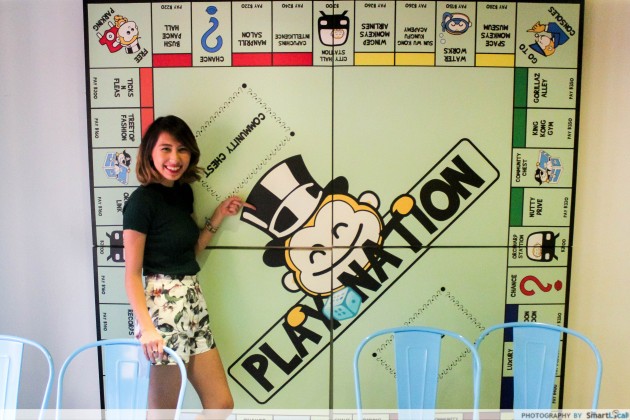