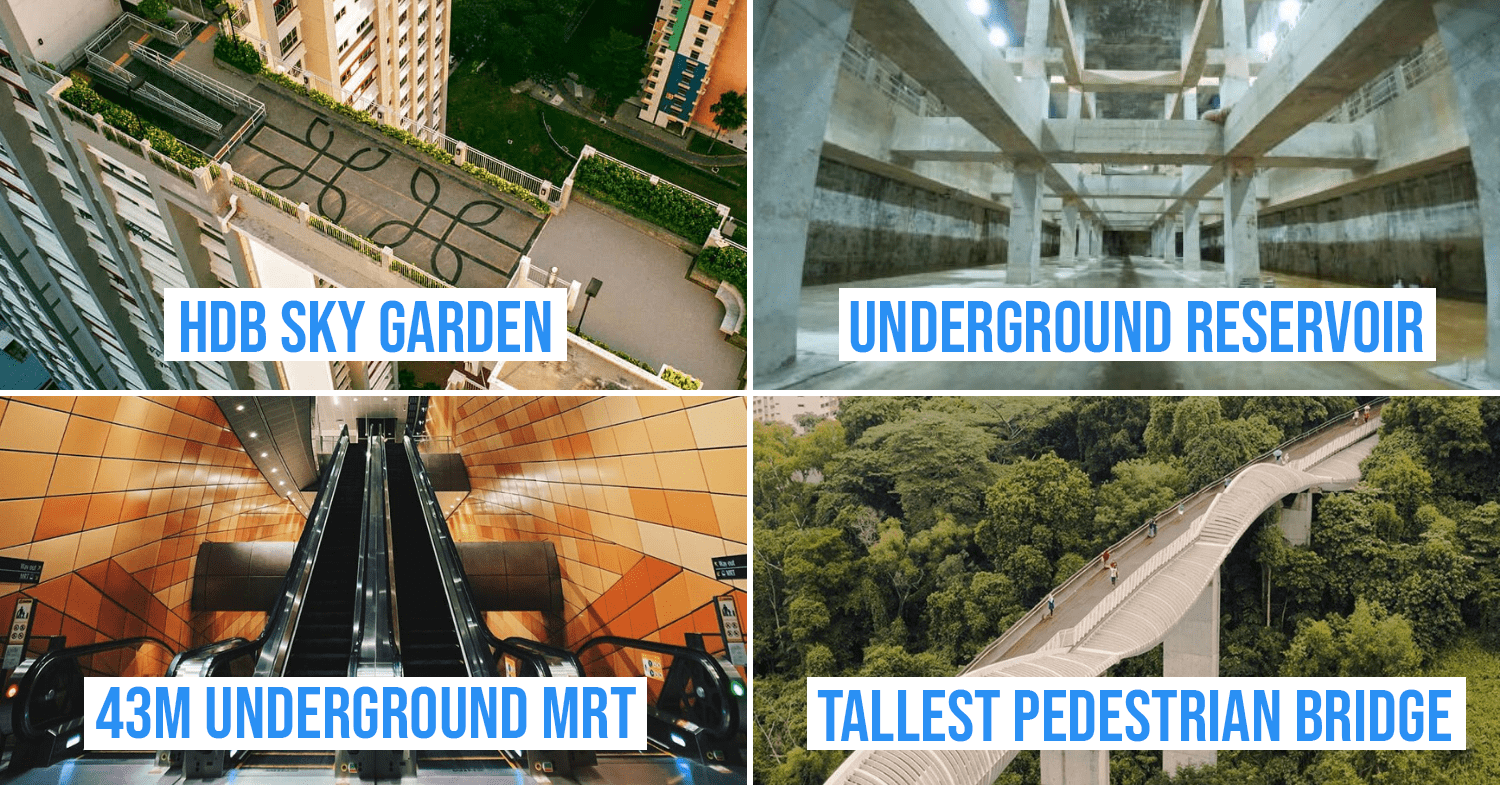 If you ask anyone to list engineering marvels in Singapore like the tallest buildings, chances are that glitzy sites like Marina Bay Sands, Jewel Changi Airport or the Singapore Flyer will immediately come to mind. Probe a little further and you’ll realise that most people don’t know that many examples of – despite literally living among and strolling by major engineering feats every day.

From record-breaking office towers to newly-built underground reservoirs, here are some of Singapore’s tallest buildings and deepest underground sites you probably didn’t even know existed: 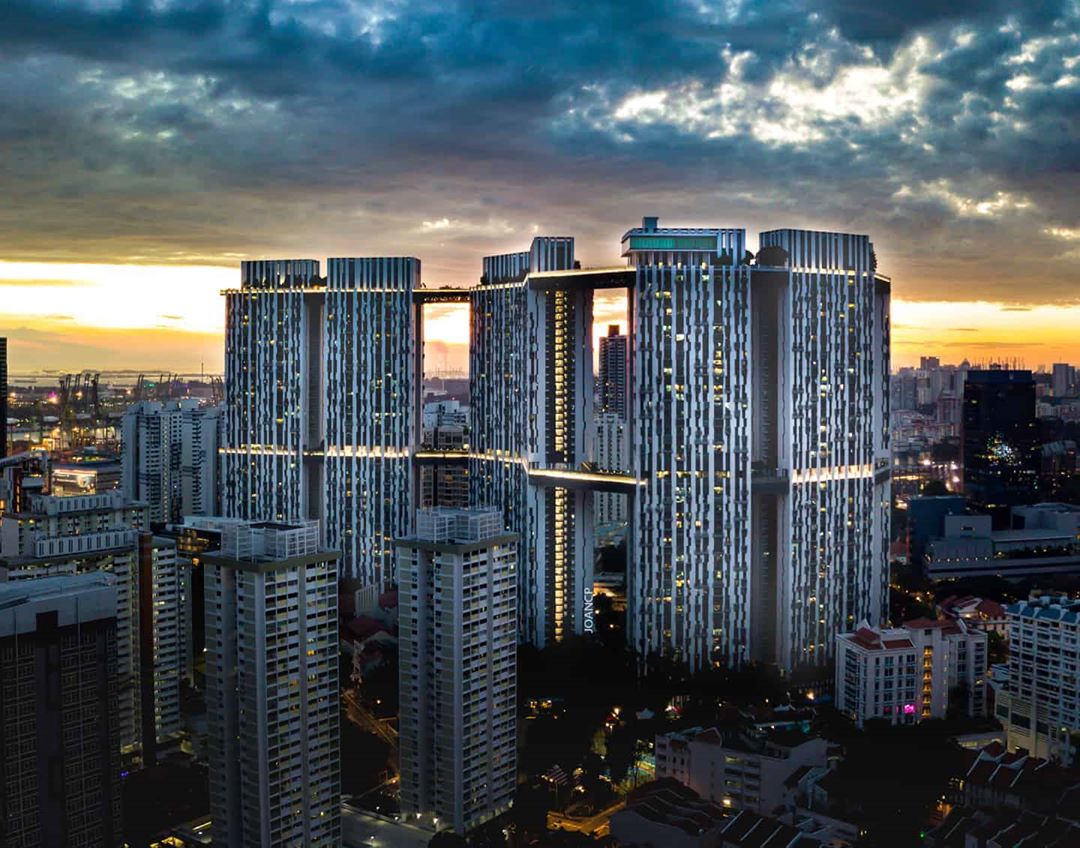 Standing at 50-storeys tall, these HDB blocks take high-rise flats to a new level. From the higher floors, residents can see all the way to the port of Keppel Harbour, and the whole of Tanjong Pagar and Sentosa. It’s a front-row seat for firework displays during festive seasons such as New Year’s Eve and National Day. 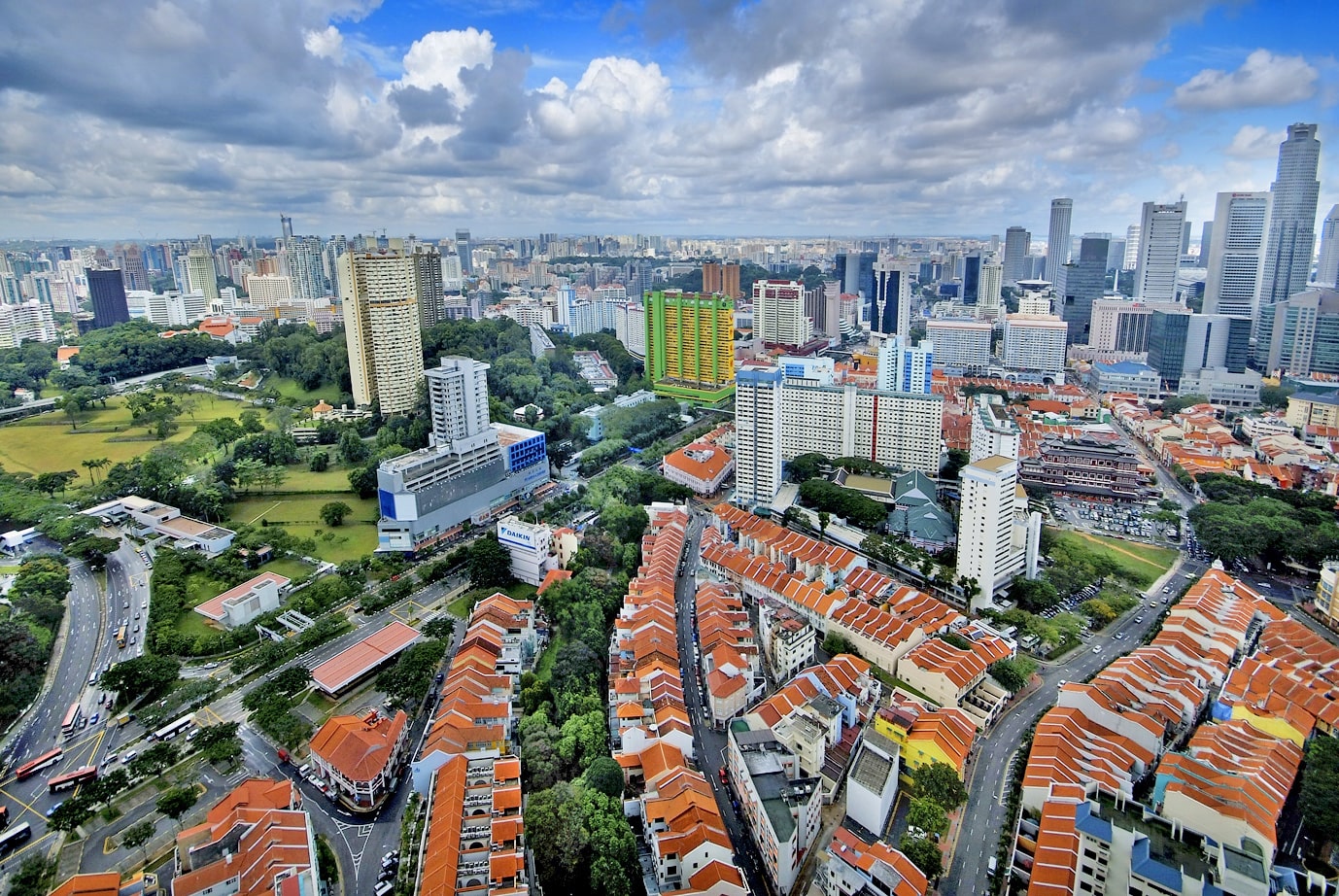 View from the 50th floor skybridge of Pinnacle@Duxton

But there’s more to this residential structure than height alone, with 2 immense sky bridges located on the 26th and 50th storey. The first is one of Singapore’s longest sky gardens at 400M, and weighs about 350 tonnes – similar to a Boeing 747 aircraft. It is restricted to residents’ use only, but the public is free to visit the 50th storey skybridge for a small fee of $6. 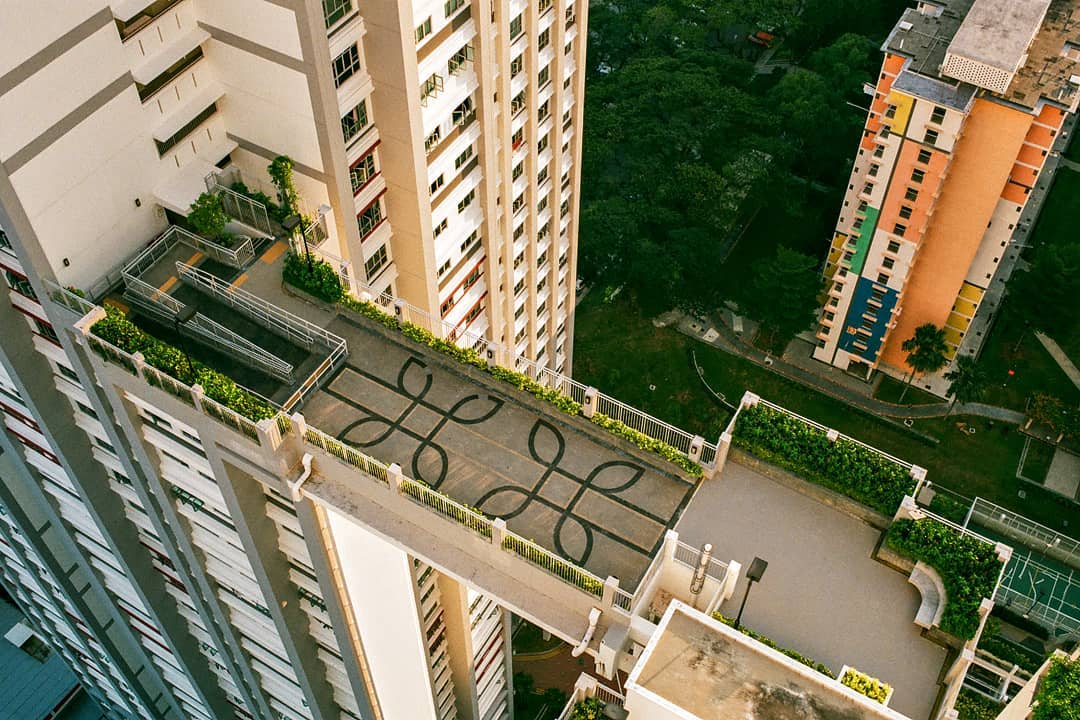 City Vue@Henderson is the second tallest HDB project, with the highest block boasting 48 storeys. There are 3 sky bridges linking the various blocks together – each of them providing shelter with greenery and community spaces like playgrounds. 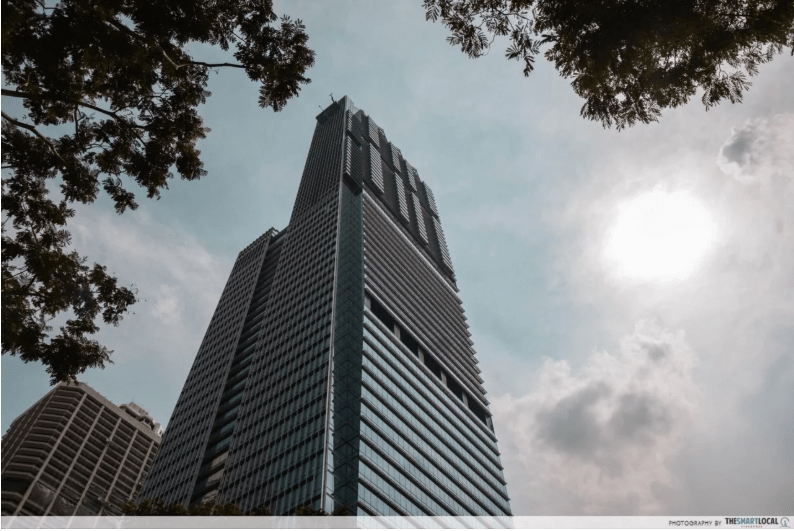 CBD folks might walk past this building every day without knowing that Guoco Tower has actually held the title of the tallest building in Singapore since its completion in 2016. 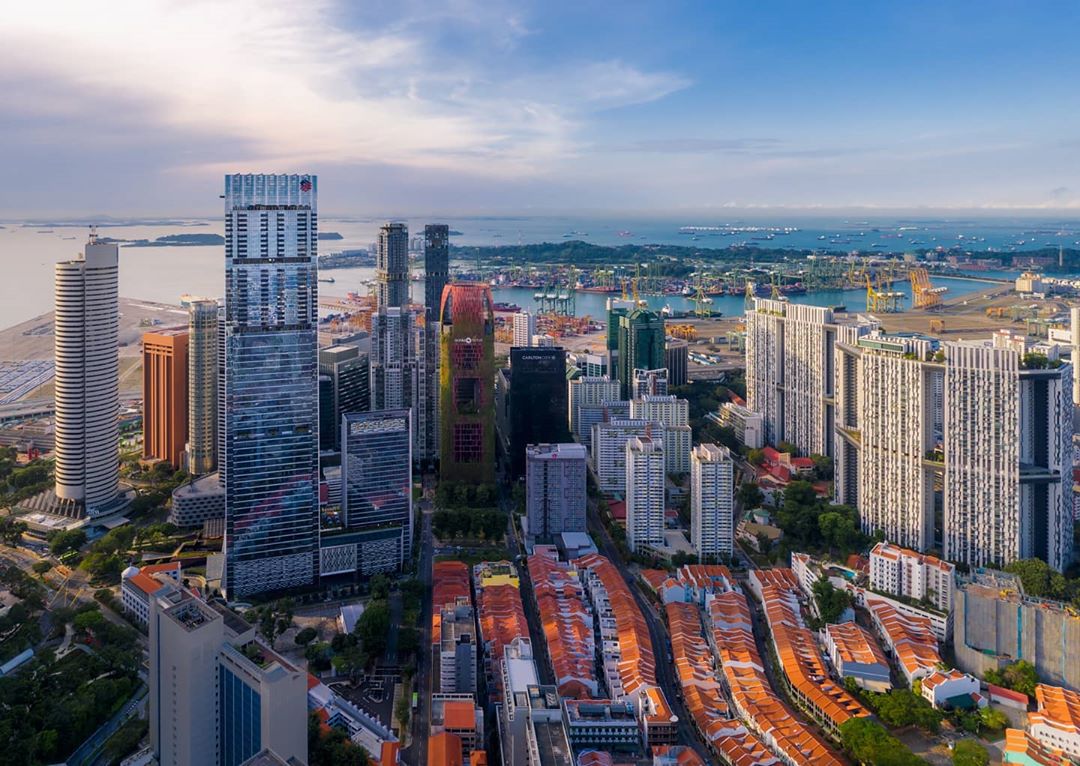 Standing beside Chinatown, Guoco Tower is a stark contrast against the low-rise shophouses
Image credit: @guocotower

You would think that a 64-storey building would consume a lot of energy, but Guoco Tower is engineered in a “green” way. It has various systems capable of harvesting rainwater, creating renewable energy and delivering lots of natural fresh air to its occupants. 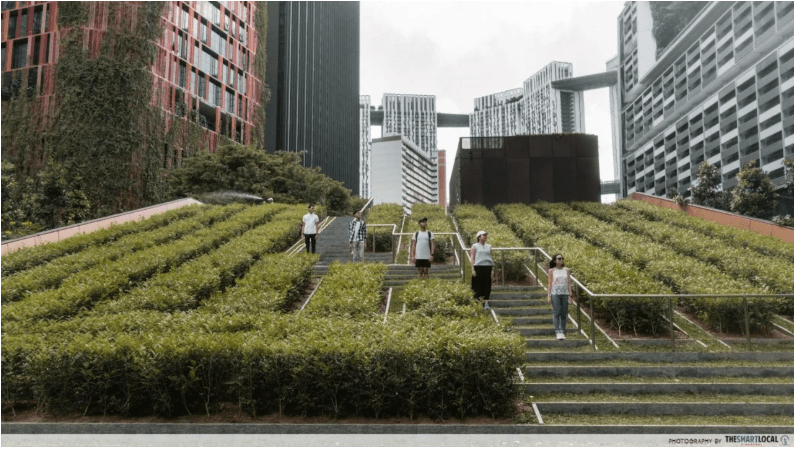 Standing at 250M, this building is so tall that you might get vertigo just looking up at it. Skysuites @ Anson has 72 storeys, most of which are dedicated to residential suites.

Its height and location at Tanjong Pagar mean that residents enjoy both sea and city views. There’s also an open-air viewing deck on level 72 that offers them unobstructed views of Marina Bay, Sentosa, and Gardens by the Bay. 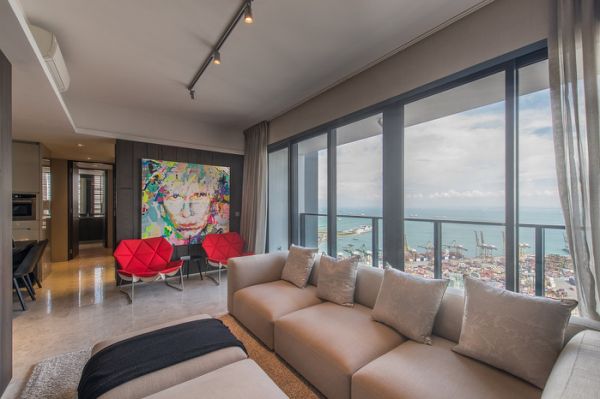 For the rest of us, we can still appreciate the vibrance it adds to Singapore’s skyline. Completed in 2015, the condominium has a sleek facade. It also has stunning multi-level common areas you can’t miss, especially at night when they’re brightly lit. The wide and spacious first storey also has commercial units for dining and shopping. If you’ve watched Hollywood’s Crazy Rich Asians and Netflix’s Singapore Social, you’ll know that Singapore’s iconic sights like Marina Bay Sands, the Esplanade and the Singapore Flyer are gaining popularity overseas. Well, for tourists who want to see all that, Swissotel The Stamford is the place to be. The view from Swissotel The Stamford
Image credit: @ohwine

The hotel is the tallest in Singapore, at 226M with 73 storeys. Even newer hotel skyscrapers like JW Marriott South Beach, Andaz Singapore and Marina Bay Sands haven’t been able to beat the record it set in 1986.

The building may be over 30 years old, but engineers have kept it up to date with new smart systems that automate air conditioning and lighting in guest rooms. With 1,261 5-star rooms, the hotel is a great vantage point for tourists and locals alike to enjoy the view of Singapore’s skyline in comfort. Singapore is prone to flooding during the rainy seasons, so engineers have found ways to manage that – one of which is the Stamford Detention Tank. Located 30M deep underneath the Botanic Gardens, this tank is as large as a football field and can hold up to 15 Olympic-sized swimming pools of rainwater.

However, most of us never knew it existed. After all, its construction was so discreet that people didn’t know there was a massive, underground stormwater chamber being built in Singapore in 2018. Good news for Holland Road residents – the tank is designed to prevent flooding of the area by storing excess rainwater from drains and pumping it back into the Singapore River. And at its size, it has more than enough capacity to do so. 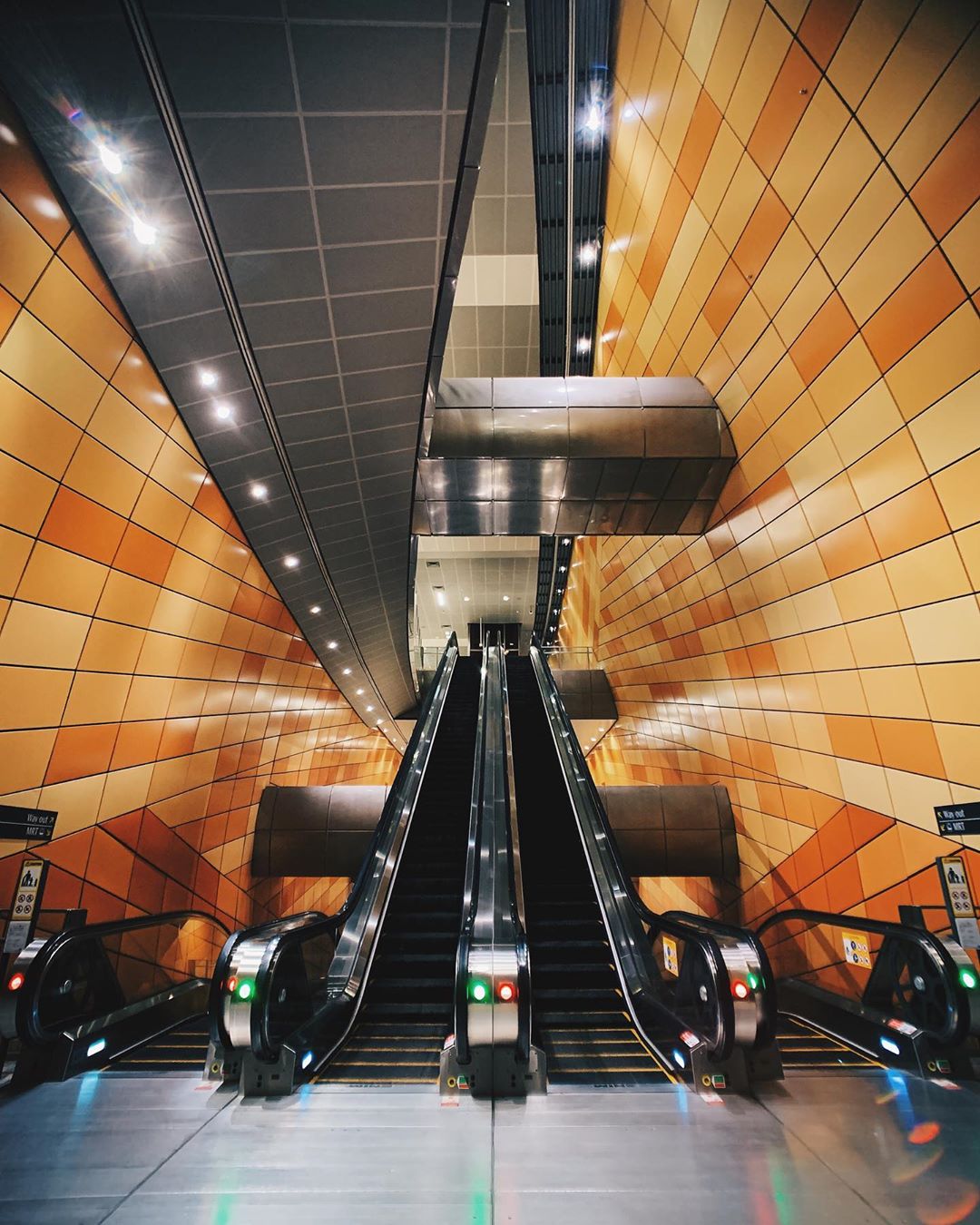 The orange walls and bright lighting in Bencoolen MRT station feel safe and welcoming… and works wonders to distract you from the fact that you’re going 43M, or 6 floors underground. You’ll need 5 escalator rides to get from basement 1 to basement 6, which can take up to 4 minutes in total.

As part of the Downtown Line, the station had to be built deep underground to avoid existing buildings and railway lines. In fact, the rail tunnels connected to Bencoolen Station are just 100CM above the North-East Line tunnels – they had to be constructed with absolute precision, making this engineering feat that much more amazing. 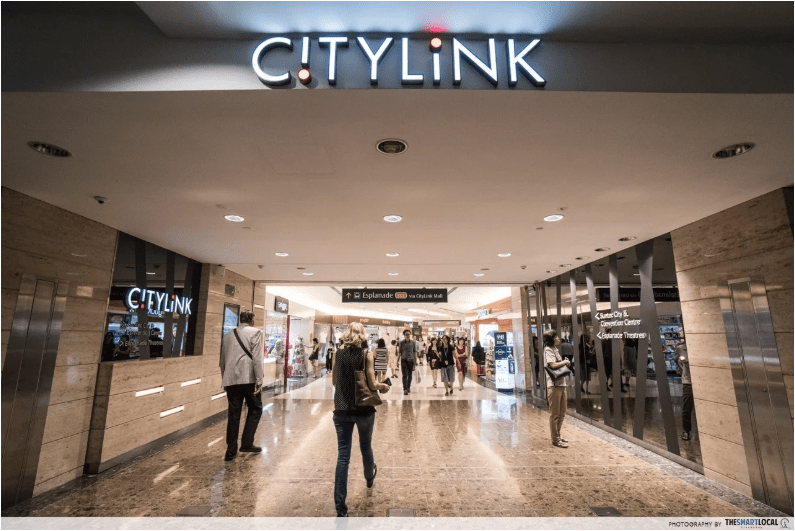 Connecting City Hall MRT to Esplanade MRT and Esplanade Theaters on The Bay is CityLink Mall. It’s Singapore’s first and only wholly underground shopping mall, yet it doesn’t feel subterranean with a spacious 60,000 square feet and close to 60 tenants occupying the space.

Completed in 2000, this mall was a challenge to build as engineers had to figure out how to excavate and build under major roads and canals, including the 1.4-hectare Wall Memorial Park. They also had to reinforce soft marine clay, which is ground that has a toothpaste-like consistency and is prone to flowing out of place.

Today, we have them to thank for the comfortable walk between City Hall and the Esplanade, regardless of rain or shine. Since it opened in 2008, Henderson Waves Bridge has been beloved by many Singaporeans, but few know that it’s the tallest pedestrian bridge in Singapore. Towering over Mount Faber Park, the 10-storey tall bridge is known for its iconic steel curves and wooden slats.

Engineers conceptualised the fit and curve of the steel ribs to mimic the ebb and flow of real waves. As for the wood, only yellow Balau wood from sustainable farms were chosen for their durability in all weather conditions. The result? A 36M-tall bridge enclosed with steel ribs that looks effortlessly organic from every angle.

In our busy lives, we tend to overlook the engineering marvels that are around us, even walking by the tallest and deepest points in Singapore on a daily basis without knowing.

If you’ve always been awestruck by Singapore’s cityscape or seem to notice things about unique structures your friends don’t, it’s likely you’ll fit right at home in the engineering industry.

Get started by finding out more about the industry with Engineer What’s Next – a website created by the Singapore Public Service. It has everything you need to know about engineering as an education choice or a career, including information about the different paths you can pursue and stories from accomplished Public Service engineers.

Like how Singapore’s tallest and deepest sites were built to overcome land scarcity, engineering helps us to overcome seemingly impossible problems. And if you’re up for it, you could be part of the next amazing breakthroughs to come.

This post was brought to you by the Singapore Public Service. 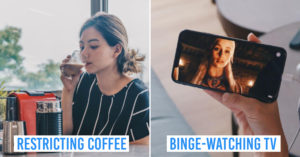