The Singapore Media Festival (SMF) is bringing a slew of exhilarating activities to the public with the new SMF Festival Village. Taking place at Armenian Street, the event kickstarted last weekend and will run again this Friday to Sunday, 29th Nov – 1st Dec 2019.

Indulge in a movie session under the stars, try your hand at VR showcases, enjoy live performances and meet & greets with your favourite local celebs. There will also be food, games and workshops galore, but wait till you hear the best part…Admission is 100% free.

The world of media is so vibrant and diverse that anyone can find something new that they enjoy, regardless of age, gender or background.

Let loose and engage your inner child by having a go at the games offered by Warrior9 VR. With “changing the world frame by frame” as its tagline, the VR company builds immersive experiences taking you from outer space to the deep blue sea.

Digital graffiti artists will be taking to Armenian Street to showcase their craft, along with the Band of Doodlers, a doodling community comprising of local artists.

Instead of standing idly by in awe of their talent, unleash your creativity and have a go at penning something special together with Singapore’s very own Band of Doodlers.

Whether you’re upgrading your employability factor or picking up a new media-related passion to pursue on the side, SMF has an exclusive line-up of workshops, masterclasses and talks from industry insiders.

Get a glimpse into the creation of virtual reality experiences on 30th November and 1st December, where guests can learn how to tell an immersive story in VR with creators Ash and Abhi of Warrior9 VR. For those who aspire to produce television content or dabble in the world of news media, Mediacorp will be presenting on masterclasses scriptwriting, content production as well as news and current affairs.

There’ll also be insights into topics such as character design, media entrepreneurship and content marketing. While fascinating simply to take in such niche info, these presentations might even be the catalyst steering you towards a fulfilling career in the burgeoning media landscape.

You’ve spent many a cosy evening at home watching them light up your TV screens, now’s your chance to get up close and personal with your favourite Mediacorp celebs. On 1st December, stars from Channel 5’s long-running series “Kin” (Timothy Lee, Jasmine Sim, Jason Godfrey, Bridget Fernandez and Ebi Shankara) will be present for a meet & greet session, as will the cast of martial arts-centric drama, “The Good Fight” (Andie Chen, Paige Chua, Tay Ying, Edwin Goh and Executive Producer Zheng Geping.

Fans of Star Wars will be stoked to learn that the Star Wars Costuming Club will be present on both Saturday and Sunday evening. Armenian Street will be taken over by Stormtroopers, Sith Lords and other characters from the Star Wars universe, and the spectacle is sure to be surreal.

Where else could you watch tear-jerking short films, rip-roaring comedies and thought-provoking documentaries from both local and global origins all in one place?

Zombiepura is a local take on the zombie apocalypse trope which imagines the hilarious scenarios which would ensue should a mysterious virus break out within an isolated army camp. The refreshing horror-comedy also offers relatable insights into the typical Singaporean soldier’s life, tacking dreaded reservist duties and power plays from commanders.

Other screenings to look out for include “Oddbods: Party Monsters”, an award-winning animated kids’ show, a Channel News Asia documentary called “Hawkers In the Centre”, a bilingual local film titled “The Wayang Kids” with an ensemble cast of relatable students and Mediacorp films “128 Circle” and “The Good Fight”.

Celebrate all forms of media at the Singapore Media Festival Village

In the technological age we live in, media no longer translates to just TV, print and radio. From VR gaming to creative expressions of art through movement as well as materials, the line-up of activities at Singapore Media Festival perfectly showcases how broad the scope of media is through events such as the SMF Festival Village.

What it also proves is that media has a space for all to dabble in and enjoy. Whether as an avenue for you to indulge in a long-time passion or an exploratory ground to discover new hobbies, the SMF Festival Village is a one-stop event for you to get a taste of what media is all about. Don’t miss out on all the fun activities and celebration of media content and talent; head down for the last weekend of the SMF Festival Village!

Find out more about the Singapore Media Festival Village 2019 here

This post was brought to you by the Singapore Media Festival, hosted by the Infocomm Media Development Authority.
Photography by Nadia Loewito. 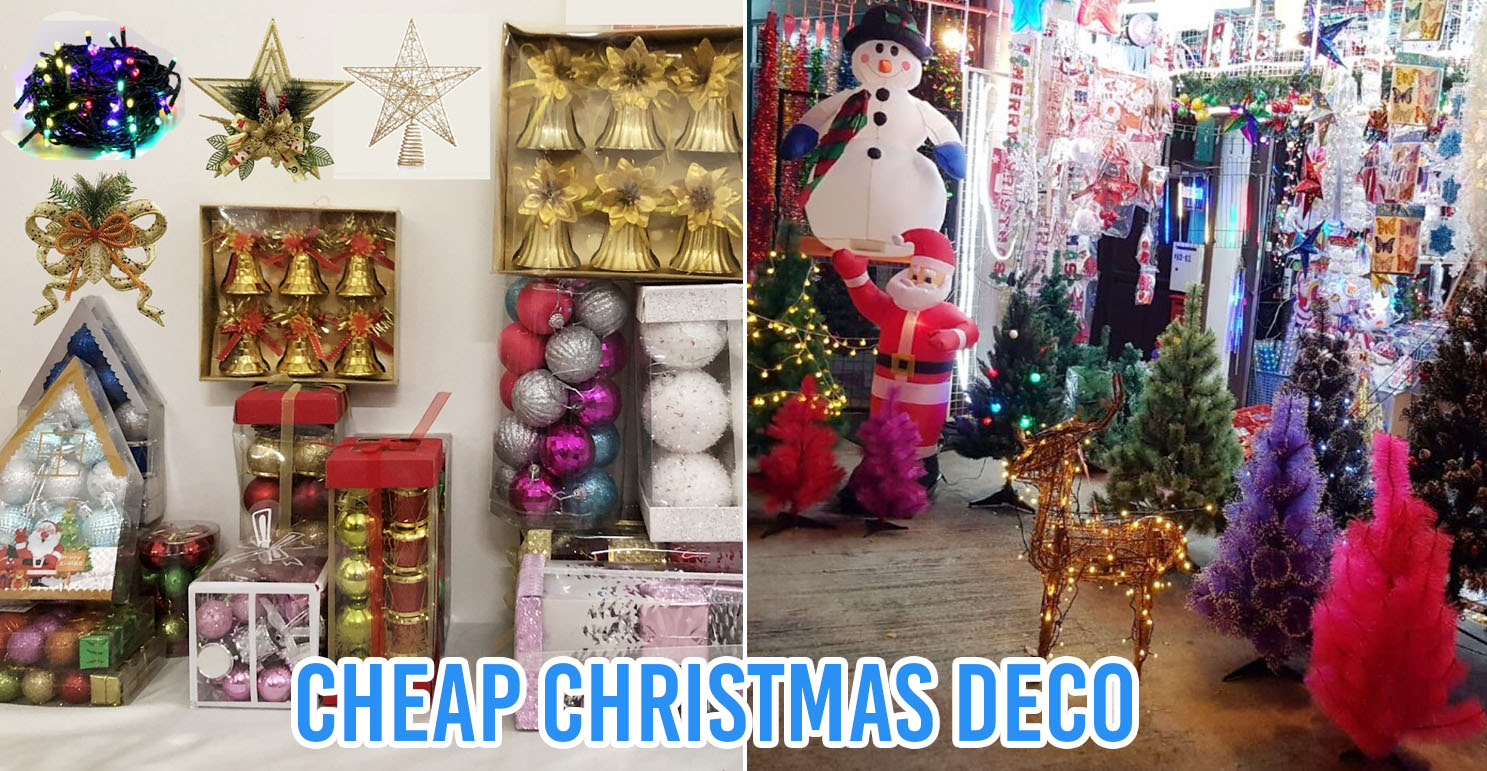 7 Shops With Cheap Christmas Decorations To Deck Your Halls With In Singapore
Winter Time's Final Expo Sale Has Up To 80% Off For You To Stock Up... 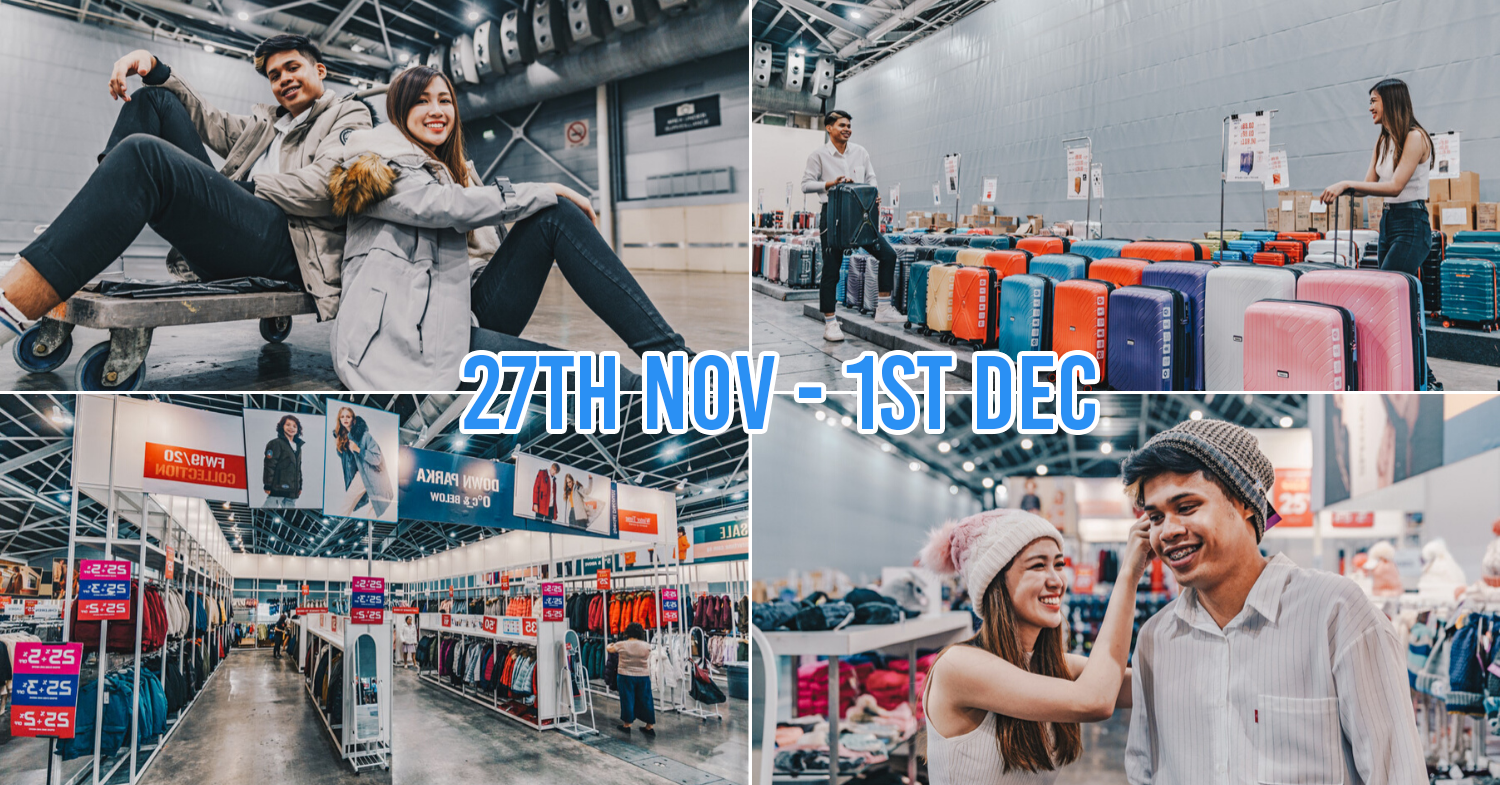