Like it or not, everyone is subconsciously judged and pegged with a value. I personally dislike this but have come to accept this is just the way things are. Why is value important? Because usually that is the 100% determining factor of your relative standing and thus how you will be treated. Be it by guys or girls. If you have a very high perceived value, people are going to treat you very well. And everyone wants to be treated well. The difference in treatment by the same people in some cases can be incredibly vast and unbelievable. Think of how people react to celebrities.

Now for a more everyday scenario, consider two girls who are “10s” and “5s” in looks. Everything else held constant, the lives the girls lead with be extraordinarily different. I’m talking about the traffic stopping magazine cover true 10s. You can not imagine the amount of favours, discounts and bad behaviour the 10 can get away with her whole life. Or the never ending line of suitors. The “5” can even be a much better person but she will never get a fraction of the attention the 10 does. There is nothing you can do about that. This is the way the world works.

It’s pointless to hate people for having “double standards” because to some extent we all have them too. You can be bitter about this and become an angry man-hater or you can accept it as the way the world is and learn how to make the best of it.

Value by itself is far less important than relative value. No one cares about the 5 time in a row scrawny Scrabble World Champion if you’re ship wrecked on a dangerous island. However the same guy is the supreme king of any Scrabble Club he walks into. Why do rich / successful people get treated well? It intersects most people’s relative reference points. How is relative value determined? Its mostly through the persons reference point. What is important to you at this point life? Your career? Belonging to a group? Respect from people? Dating? These are the boundaries and goals you set for yourself that will define your “relative value” perception of someone.

You would assign a very high value to people who excel in these areas. They are people who have reached where you want to be. You look up to them and have respect for them. When they speak, their words have more importance. If you seem them in a sticky spot, you don’t wait for them to ask for help, you offer it.

Now sometimes this attitude can become especially dangerous because people often confuse “high relative value” with being “a good person”. They cannot distinguish between the two and this is also a common problem with many elitist, who assign double standards to normal people and people they have assigned “high relative value.”

Girls and why the hot ones get away with the stuff they do.

A mainstream scenario would be the attitudes of men towards girls. Say you’re single and your friend decides to match you up with one of her friends. She says shes awesome blabla and you guys will get along great. You eventually agree and ask to see her picture. Now the exact moment where you see her picture is going significantly dictate your attitudes and actions.

If she turns out to be a “10”, you would suddenly become super keen to meet her. She could flake, act like a total brat and just be not a nice person. And deep down inside you know it. You will still go though with it, tolerate any crap and hope for the best. If shes a “5” you will agree to meet her anyway but think of it as just doing your friend a favour so as not to disappoint her. The moment she flakes, thats it, goodbye and you will never think of her again. Has this happened to you before? Well you probably wouldn’t even remember.

This is a superficial bias present in nearly everyone. (Why am I even judging a person by a number? That is just sad but that is how the world is.) It is also the reason why it is desirable to be good looking. More importantly, you may also have been confused by the “Relative High Value” = “Good person concept”. To you that 10 has incredibly high relative value and you may have rationalised her somehow to be a very good person too “worth” the sacrifices and bad behaviour. Because if she wasn’t a good person then you would only be liking her for superficial reasons and you would never become someone like that right? You would be out the door instantly. So that’s how you justify to yourself staying.

Many guys can get blinded. Some times it doesn’t even have to be a 10. Maybe just a normal girl but if its the only girl who has expressed interest in him then she becomes a 10 to him. I’ve seen girls do terrible things to guys like that, who go hopelessly after them. Sometimes they even end up in toxic relationships with the girl having the upper hand all the way. Likewise it is the same way for guy “Players” who string girls along and play with their feelings. I’m sure we all know a friend who has become a victim like that. Their partner is the world to them and they keep saying how they are such an amazing person blablabla. She is not. He is not. They are terrible people. The problem is your friend cannot distinguish between their “relative value” and being a “good person”. If your friend could he/she would have ended the relationship right away. Perhaps they feel they are the “highest value” people they could get. So they cling on to that relationship and justify staying in them because they are “really good people inside”. They confuse value with character.

There is no fighting it. But that makes you wonder. Why not work towards being someone with “high relative value” then? If the world has two separate standards, one for people with high value who get treated better, why not be among that?

The first conclusion is to be aware of your perceptions of people. Learn to distinguish and do not mix up a persons value with them being a good person. The next is to realise that the world will not be able to do the same. And that doesn’t mean you have to think like them.

So focus your efforts into increasing your own relative value. Not just value alone. For instance you want to be in a job that you’re good at. You get instant high value and recognition from your colleagues. I’m sure you excel at something. Find out what.

Work towards being important. Add value to people’s lives. Be helpful, supportive, contribute, go beyond the average person and do your stuff well. Be someone your friends want to have around. Do not think of it as an agenda expecting some future reward. That is the wrong way to go about it. Don’t ever fake it. Just be a naturally good person and think of everything else that comes your way as a bonus. Very soon your relative value will increase and people all around you will be treating you better than before.

This makes self-improvement become a very natural incentive. Opportunities will be thrown your way, your life will have much more meaning, you will feel happier and it will be something you have truly earned from being a good person. 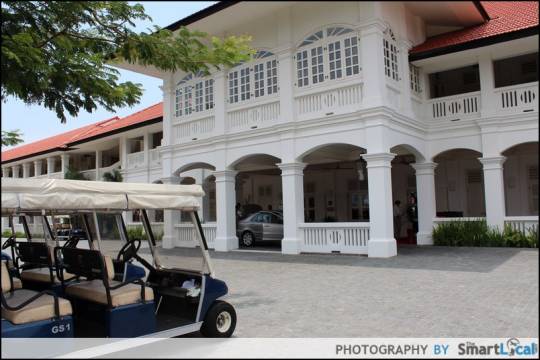 Capella Singapore Feature Review
What I want in life