Honour the last day of the year with a bang New Year’s Eve without a spectacular display of fireworks, just seems strangely incomplete. Considering this only happens twice a year, the opportunity to see fireworks in all of its magnificent glory is a special treat. There’s just something about those last 10 seconds of the year where everyone in the entire country stops whatever they’re doing and looks towards the sky in unadulterated anticipation.

With such a grand cause for celebration, finding the ideal spot is key to starting the year on a good note. Before you rack your brains worrying about where to usher in the New Year, here are the 10 most romantic spots that you and your loved one should be this New Year’s Eve.

1. Share a New Year’s kiss at the Fullerton Waterboat House 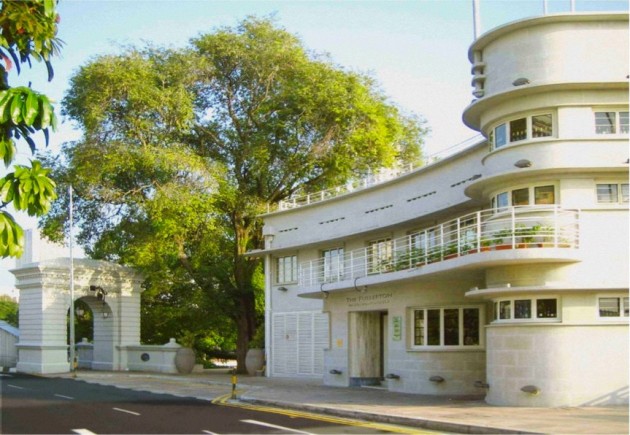 Back in the 19th century, the site of the Fullerton Waterboat House used to house the Master Attendant’s Office, where the Master Attendant supervised all water activities until the harbour moved to Keppel in 1852. Today, this iconic landmark is home to the 100th Starbucks store in Singapore, the 1919 restaurant and The Rooftop bar.

If you’re looking for front row seats to the firework display with just enough privacy for that New Year’s kiss, The Rooftop is just it! This aptly named open air rooftop bar serves up a delightful variety of quirky concoctions with a local touch like “The Orhcard” and the “Merlion Punch”, so you and your bae can toast to the New Year.

2. Party the night away at The Float @ Marina Bay 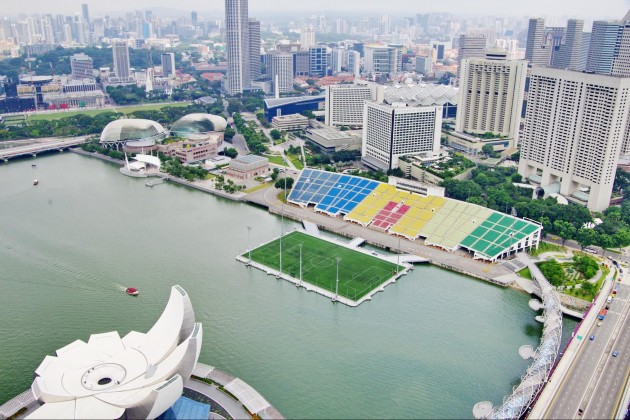 The Celebrate 2016 countdown show is an iconic annual event that many Singaporeans hold close to their hearts. If you have yet to attend THE party of the year, it’s time to check this off your bucket list once and for all. Besides, a little party never killed nobody – especially when you’re partying your way into the New Year with special guests like Ian Fang, Shane Pow, Nat Ho and the one and only, Adam Lambert! Gear up for 7 hours of back-to-back entertainment at this highly anticipated event hosted by Jean Danker and Mike Kasem. Not to mention you’ll be right under the glistening fireworks – how’s that for a star studded evening?

Get your Celebrate 2016 tickets here.

3. Kick back with a charming picnic by the waterfront promenade With a 3.5km promenade surrounding the bay, there’s more than enough space to cosy up for a picnic with your significant other at the Marina Bay waterfront promenade. As you would have probably anticipated, you’re not going to be the only one trying to snag a spot along the waterfront promenade to get a closer view of the fireworks. With that being said, you might wanna come as early as possible so you won’t have to jostle your way through the crowd.

There’ll also be a Marina Waterfront Bazaar where you’ll be able to check out a whole range of artisan handicrafts, collectibles, fashion apparel, accessories, party essentials, and pick up some light refreshments from the food trucks around the area. 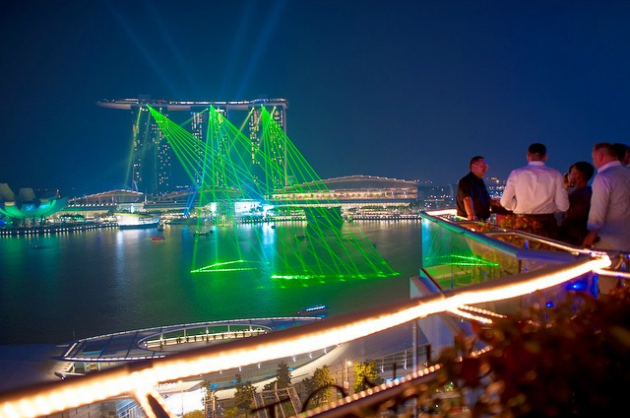 Nestled on the 8th story of the Fullerton Hotel Singapore, is The Lighthouse Restaurant & Rooftop Bar. Originally a lighthouse in 18th century due to its prime location, this enchanting restaurant and rooftop bar brings you authentic Southern Italian fare, tapas and quality wines on top of a bird’s eye view of the city skyline.

If you have some time to spare, witness the facade of Singapore’s latest national monument turn into a canvas and come alive! Be sure to catch the spectacular digital light show happening every hour til midnight.

5. Feast at the no-frills food court with the best view of Marina Bay As a kid, I used to come here all the time with my family, especially on National Day and New Year’s Eve, to catch a glimpse of the fireworks. Perched on the 4th story of Marina Square, The Gallerie is an 800-seater food court serves up all kinds of local fare, featuring some restaurant favourites like Wee Nam Kee Chicken Rice.

But its most unique feature is the full glass view of the Marina Bay skyline that it offers diners.

6. Enjoy a romantic meal on top of the SuperTree by Indochine 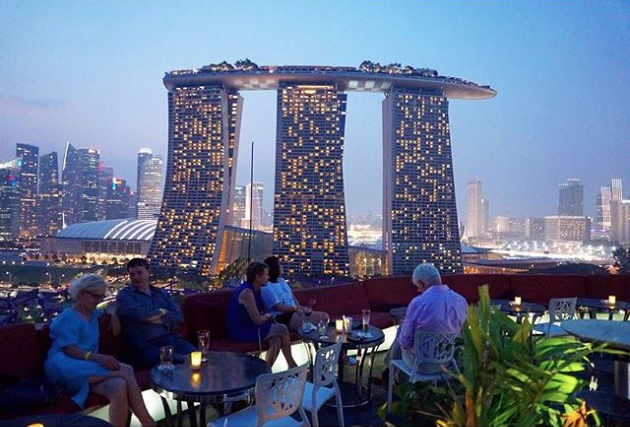 Lush greenery, fine food, wine, and a 360-degree view of the city and the sprawling Gardens By The Bay – now that’s ringing in the New Year with style. Perfect for the health-conscious, SuperTree prides itself on its expansive menu of healthy Indochinese, Western and Fusion dishes. And because it takes some time getting to, it’s never super crowded.

Whether you choose to dine indoors or al fresco, you’re in for an epic display of fireworks!

Secure yourself a table here.

7. Get an aerial view of Singapore atop The Pinnacle@Duxton With 7 towers linked by a skybridge at a staggering 50 floors above ground, Singapore’s tallest government housing brings you closer to the fireworks and promises a breathtaking, panoramic view of our urban landscape. With a view comparable to that of 1-Altitude, you won’t have to burn a hole in a your wallet this New Year’s Eve.

At just $5 per entry, soak in the sights from Chinatown to Marina Bay, and even the Harbour atop The Pinnacle@Duxton. So roll out a mat, and enjoy an evening under the stars.

Do take note that re-entries are not allowed, so be sure to grab all of your party essentials before you head up! 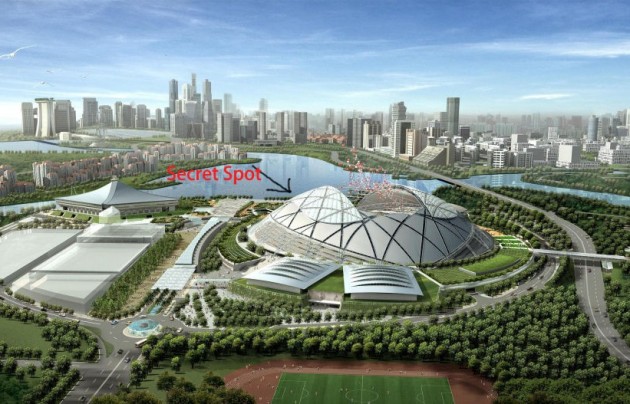 I weep on the inside as I divulge this secret, because this was the exact spot where I counted down to 2015 with my bae. Even though Kallang might seem far from all the countdown festivities, you can expect a sweet view of the fireworks glistening over the Kallang river without a crowd to dampen your evening. 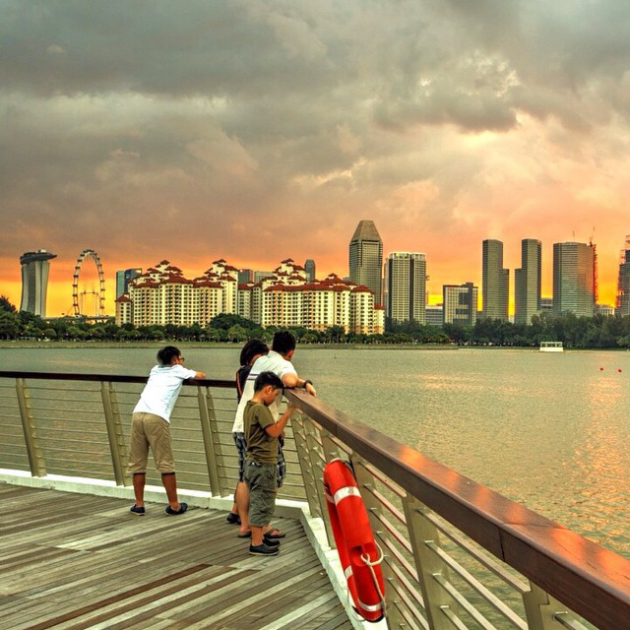 The best part is, that it’s just right outside Kallang Wave Mall – which is really convenient for last minute food runs or trips to the loo. Kallang Stadium Waterfront is also really accessible and a stone’s throw away from Stadium MRT, so getting there is a breeze – especially since everyone is heading in the opposite direction.

9. Grab a beer at LeVeL33 – the highest craft brewery in the world 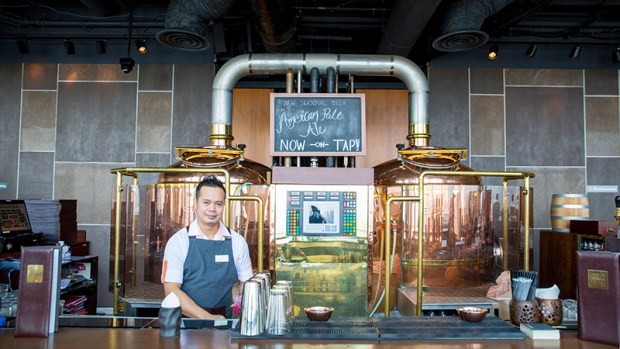 As its name suggests, LeVeL33 rests on the 33rd level of the Marina Bay Financial Centre, making it the highest urban craft brewery in the world! If beer is your bae, this is the place to be. With 8,000kg worth of equipment and brewing kettles, LeVeL33 honours its European heritage by serving up a range of artisanal craft beers alongside European classics with a contemporary twist. Nothing beats sipping on a cold pint while watching the fireworks 156m above the ground.

10. Get cosy and comfortable at the Marina Barrage 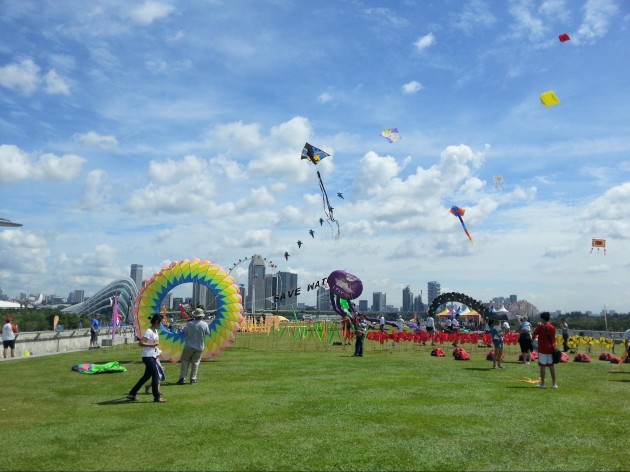 More than just the country’s 15th reservoir, the Marina Barrage accounts for around 10 per cent of the nation’s water supply, and doubles up as the backdrop for all those Instagram-worthy picnics and kite-flying sessions. Surrounded by all the iconic landmarks that make up our Singapore’s distinct skyline, the Barrage presents a magnificent view of both the city and the fireworks.

Its luscious plains are perfect for accommodating groups both large and small – so cosy up to your significant other at this recreational hot spot when the fireworks light up the sky in front of you.

Start the year right at the Marina Bay Singapore Countdown 2016

As New Year’s Eve draws near, there’s no time to waste when it comes to planning for this special occasion. Instead of fighting with the crowd, and passive aggressively standing around tables at bars waiting for a spot to free up, the Marina Bay Singapore Countdown 2016 is a sure way to keep both you and your loved one entertained the whole night through!

With a variety of activities that start from as early as 3pm onwards, take a tour around the bay and build your way up to the midnight hour. Whether you choose to check out the Marina Waterfront Bazaar at the waterfront promenade, enjoy the free performances at the Esplanade, or witness the Fullerton Hotel Singapore light up in a spectacular display of lights – you won’t find stronger New Year vibes anywhere else! You can even wish upon a sphere! For all details on the biggest countdown event of the year, check out the Marina Bay Singapore Countdown 2016’s official website and follow #MBSC2016 for all the latest updates!

This post was brought to you by Marina Bay Singapore Countdown 2016.

12 Healthy And Delicious Food Places In Selangor For Some Guilt-Free Indulgence
Awkward Christmas Party Situations Everybody Can Relate To - TSL Comedy: Episode 20