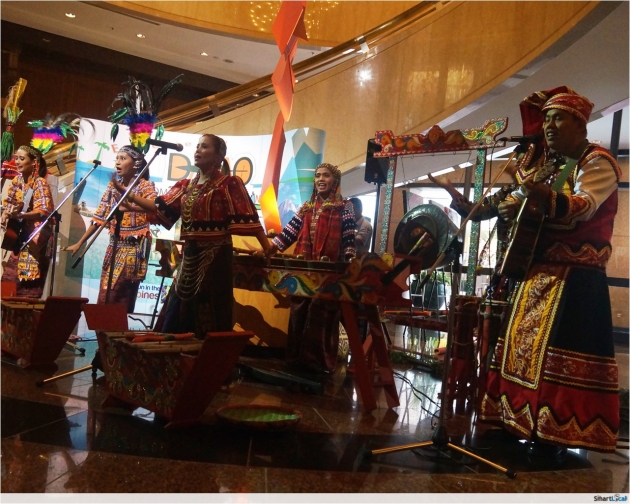 This Davao Cultural and Food Festival hopes to showcase the rich culture and food heritage of the 10 different tribes from this beautiful city located in Southeastern Philippines. Davao City is known as the culinary destination of the Philippines and is famous for the fresh fruits such as mangosteens, pomelos, durians, as well as for their fresh seafoods including tuna. It has all seemed out of reach for us… until now.

The event kicked off with performances by the Kalumon Dance Troupe. Their first performance was a lively drum piece of indigenous tribal music that was accompanied by dancing, singing and colourful costumes.

These ethnic performances are often reserved for grand celebrations in Davao. The passion that the performers display for their craft and culture is commendable. It takes a lot of work, determination and heart in this day and age to preserve culture through performances.

The Kalumon Dance Troupe ended off with a beautiful song called “Rainbow”, where all of the performers sang their hearts out to the guitar accompaniment.

You can now experience authentic tribal flavours with a contemporary twist at Oscar’s Buffet. Marco Polo Hotel Davao has brought in 3 of the chefs to curate dishes which embody these authentic flavours and also tweaking them a bit for the Singaporean tastebuds.

Here is a look at some of the special dishes which will only be available till this Sunday. 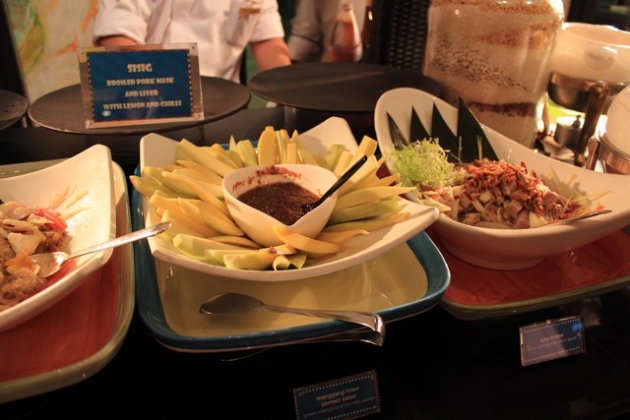 We first tried a combo of Davao appetisers, which consisted of the Tuna Kinilaw, Squid & Shrimp Salad, Eggplant with Salted Egg and Green Mango with Shrimp Paste. The combination of Southeast Asian flavours were distinct, especially with the tangy sauces and spices.

Our favourite among the appetisers were definitely the Tuna Kinilaw. The tuna was marinated and cooked lightly on the outside and still raw on the inside. It took me a bit of scrutiny to realise that it was tuna that I was eating. The soft texture of the tuna and the sauce complemented each other and had me going back for more.

We were served the main dishes of the indigenous highlights next. They include the Spiced Roasted Chicken with Bamboo Rice, Beef & Scallop cooked in Bamboo and Shrimp & Tuna cooked in Banana Leaf. I was very impressed by the traditional presentation of the food.

A quick conversation with Mr Anthony Tan, GM of Marco Polo Hotel Davao, revealed how the chefs tried to keep certain elements of traditional flavours and recipes in their cooking. One very good example was cooking the rice in bamboo. The rice was simple but really fragrant. It went very well with the dishes that were full of gravy. 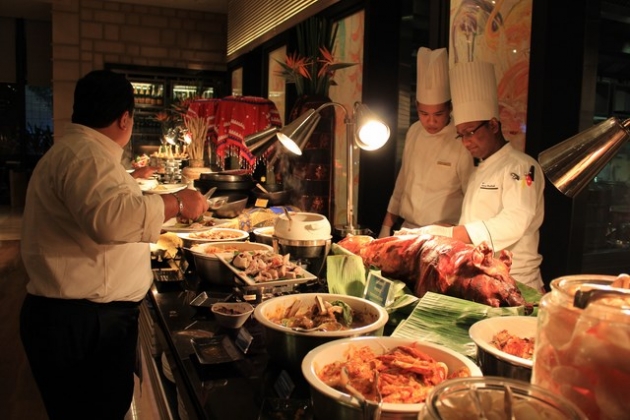 The main dishes were great, but none that were too memorable. Other main dishes that you should look out for is the Lechon Baboy, which is basically a whole roasted suckling pig done Davao Style. Sadly for us, the pig was already deskinned by the time we could get our plates in front of the chef. That should be testament to how popular this dish is. We were told that the roasted suckling pig is cooked whenever there are celebrations in the Philippines. The sheer size of the dish was enough to see why it is one for celebrations. Be sure to be there early to get first dibs on the Lechon Baboy.

It was supposed to be served in a baby durian flown in from Davao, but they were bruised on the flight to Singapore. Props to them for finding alternative ways of serving it, while keeping it true to the traditions. The tropical twist to the dessert was delicious to say the least.

The Durian Panna Cotta was the highlight of the night for me. Even though it was served in a small cup, it really packed a punch. The texture of the panna cotta was more watery that most, but it was passable. What really won us over was the dollop of durian puree served atop the panna cotta. Durian lovers will be thrilled by this dessert.

Overall, we really enjoyed the specially curated dishes and actually wish that some of the dishes will be included in the buffet permanently. I for one really hope the desserts will be a permanent fixture. But till then, do not forget to head down to Oscar’s for the Davao Culture & Food Festival which runs till this Sunday, 20th of July.

You will receive a tribal souvenir per reservation, compliments of the Davao Tourism Board (while supplies last). Price is subject to 10% service charge and prevailing GST.

For enquiries or reservations, please call Oscar’s at ext 7481.

This post was brought to you by Conrad Centennial Singapore.