To all readers tuning in to my sneak preview, a Happy National Day 2014 in advance to you! And if you’re like me and have never being successful in ALL your previous years of trying to secure tickets to the NDP, fret not.

You still can have a great time as I share with you highlights and some tips as we go along. I have survived the full dress rehearsals over the past two Saturdays, grabbing some great pictures and enjoying the festivities despite being at the “fringe”.

There is a good reason why you might like to attend this year National Day Parade (NDP). Next year, the NDP will be held at the Padang to mark Singapore’s 50th Birthday and thereafter, the parade will return to its “home ground” – the newly completed National Stadium.

So I guess it’s a final farewell to the beloved Floating Platform which has hosted the National Parade for the last seven years.

Highlights from the National Day 2014 Rehearsals 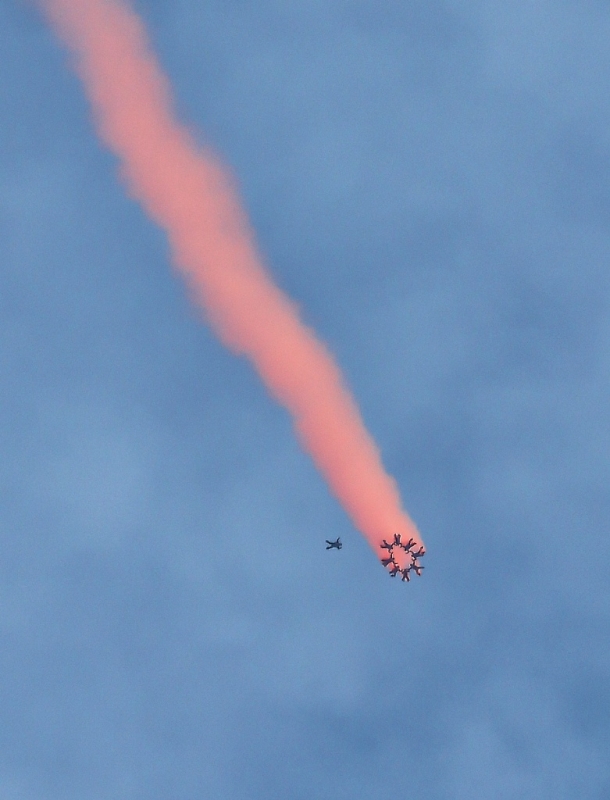 The Red Lions have always been one of the parade favourites. If you have a binoculars, bring it along to spot The Red Lions close-up as they jump out from a Super Puma helicopter and perform a ring hook-up before dispersing. The Red Lions are always a crowd favourite.

Do spot SAF 1st lady jumper 3WO Shirley Ng as she descends on the area just in front of the floating platform, with the rest of her fellow Red Lions. That would make her a Red “Lioness”, wouldn’t it ? 🙂 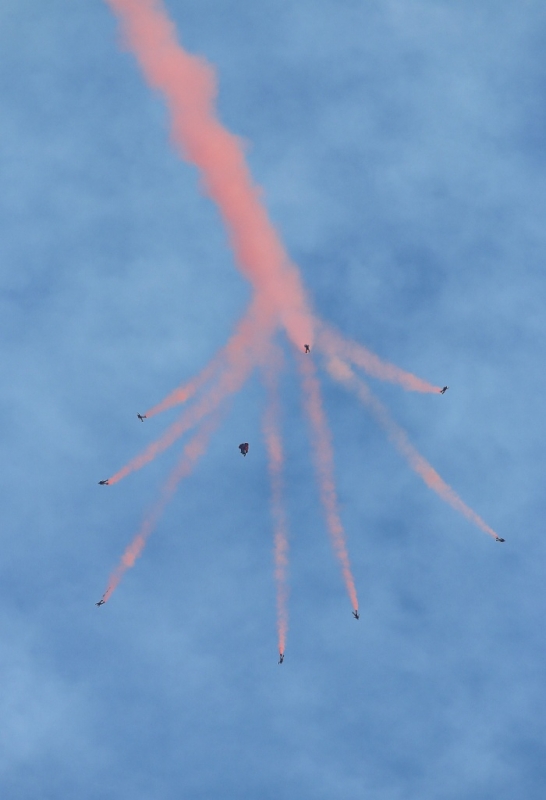 The “dispersal”- a spectacular sight to watch (available once a year only). 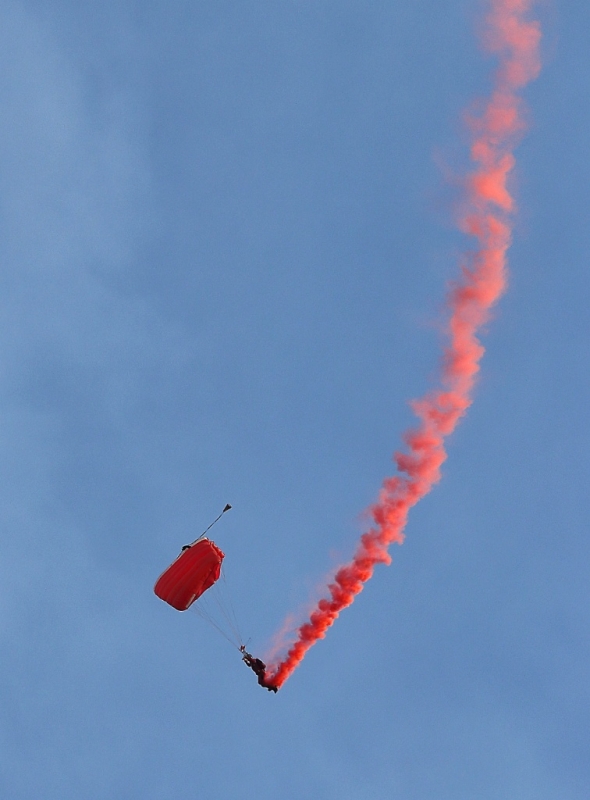 Get up close as the jumpers descend on the landing area one by one. Spectators are encouraged to cheer as the Lions hit the tarmac one by one. 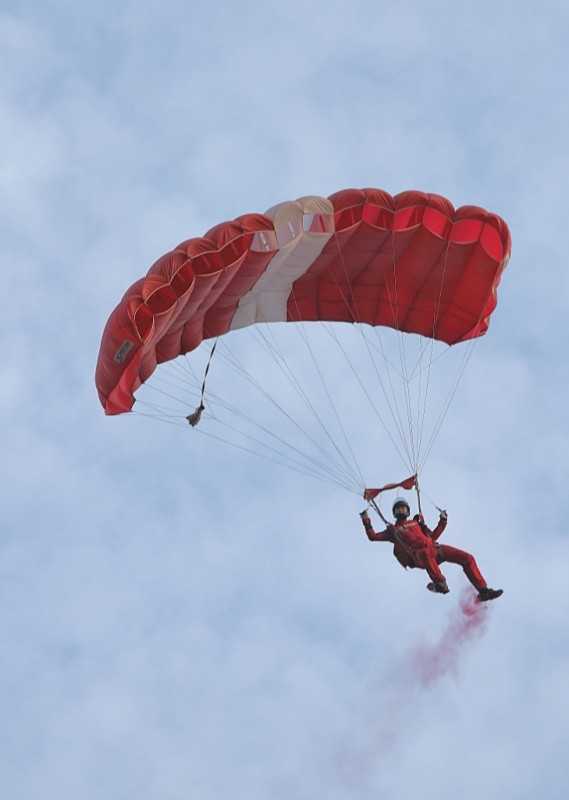 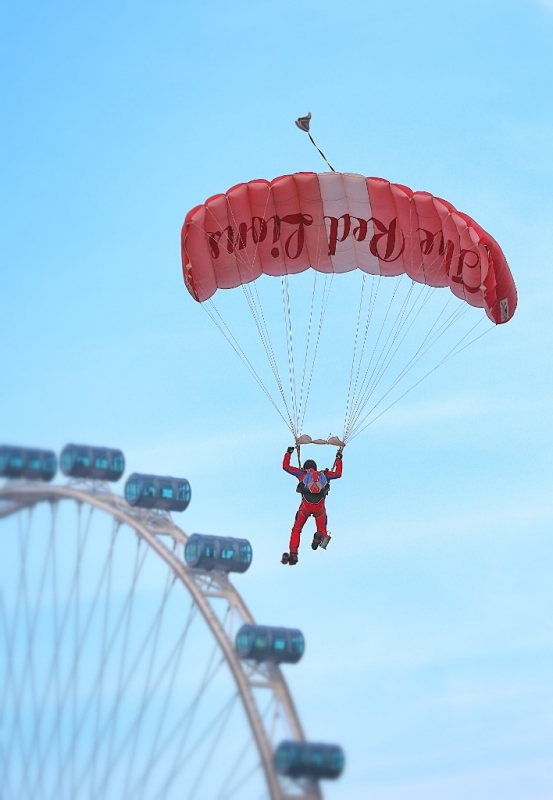 One a Flyer, the other a Floater…

2. The Big Screen at the Floating Platform 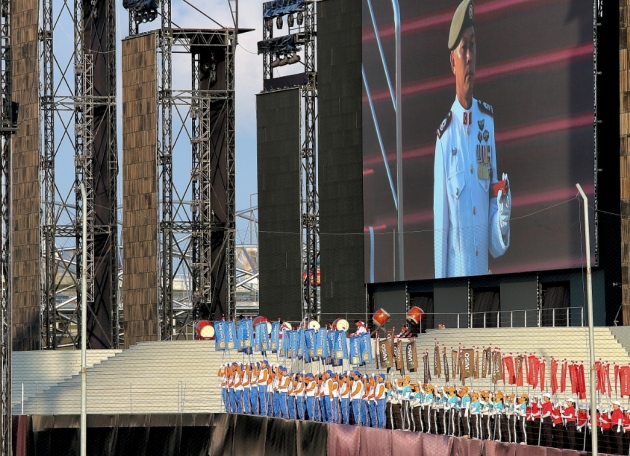 Salute the performers for their effort and many weekends sacrificed for the rehearsals leading up to the big day. The action can be viewed on the big screen at the platform, so the most ideal place to position yourself would be on the area fronting the bay, at the Esplanade-Theatres on the Bay (see map below). But go really early, at about 3pm if you want a good spot. 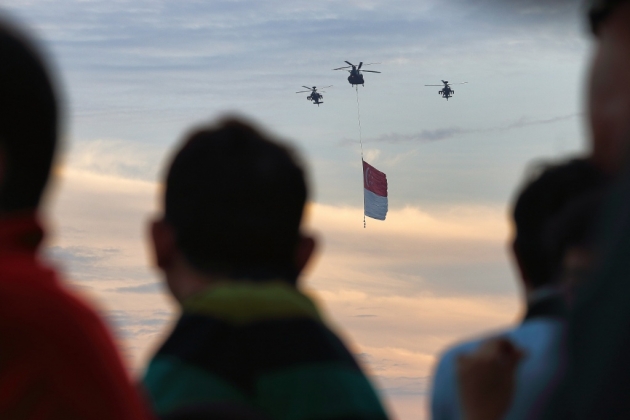 The state flag always fills me with a sense of pride. Watch out for the Chinook as it carries the world’s largest airborne state flag, flanked by two AH-64 Apache attack helicopters. 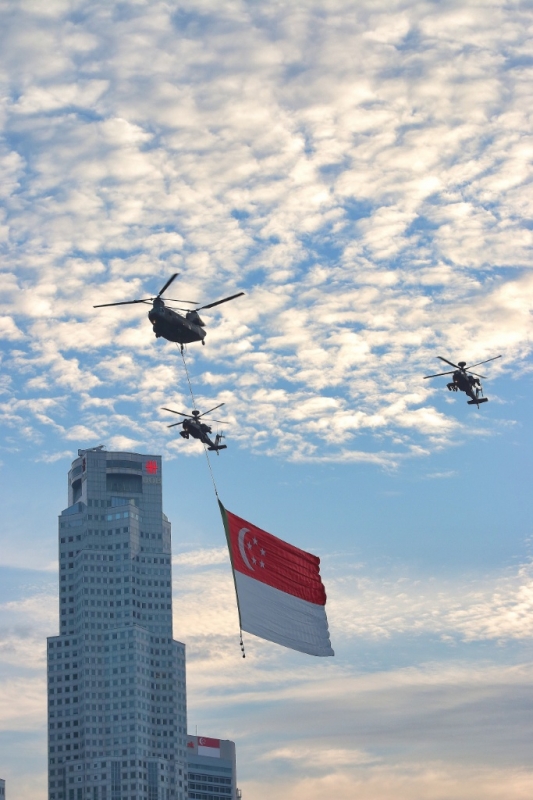 Always an inspiring moment. Stand up and show your respect as the state flag is flown by! 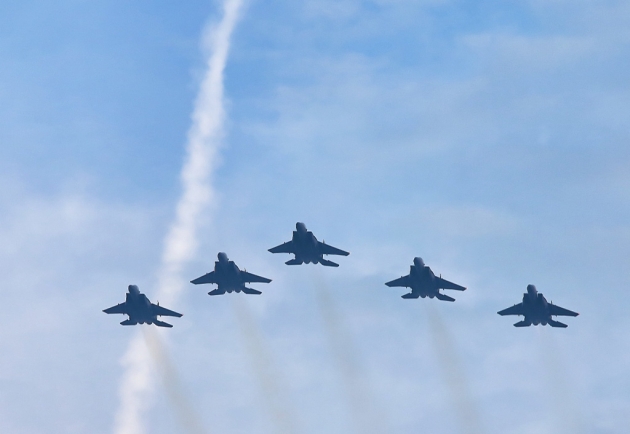 Feel the sonic boom as five of the air force most advanced fighter jets zoom above the Floating Platform. There is no precision death-defying aerial stunt this year but the presence of the F15SG Eagles, one of the world’s foremost air superiority jet fighters, is awe-inspiring. 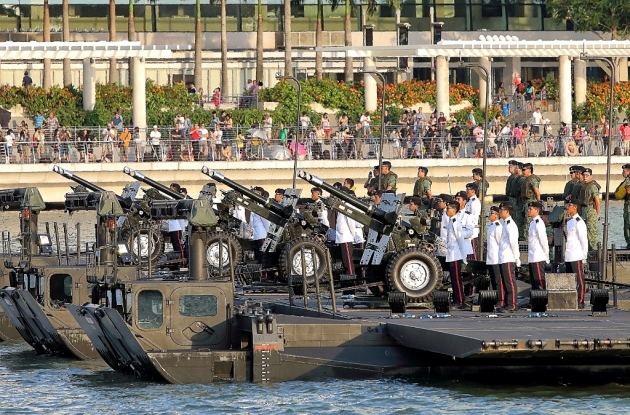 Feel the artillery might of howitzers as they take turns to fire off blank shells in the customary 21 Gun salute as the President reviews the Guards-of-honour contingents. Do watch out for smoke rings that may form during the firing, which is a feast for the eyes. 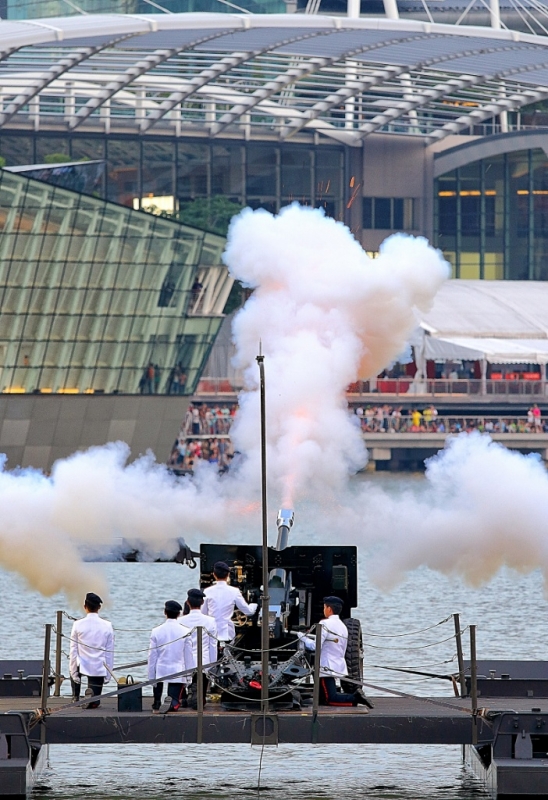 This year, gun salute duty is undertaken by the gunners from the 23rd Singapore Artillery (23SA). I served as gunnery specialist during my army days in this battalion and it brings back old memories. 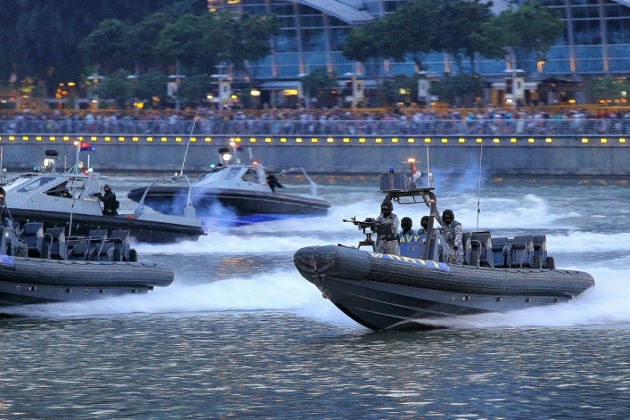 The tempo will be raised up a notch with the entrance of the naval divers in their rigid-hulled inflatable boats (RHIBs) and display of 0.5″ Brownings Machine Gun firing. Watch them showcase their skills on how they keep our waters safe. 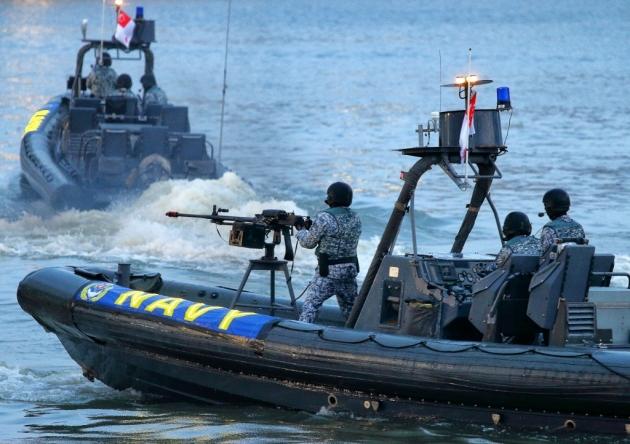 Swiftness in the awesome display of control in an aquatic environment. RHIBs are commonly used in maritime security function like base defence, security boarding operations or equipment/personnel transfers.

Yes, people. It is a celebration of a nation and it’s all of us that make up Singapore. So you will be pretty much engaged in people watching as hordes of spectators from all the world and Singapore descend on the parade ground within the Marina Bay area. 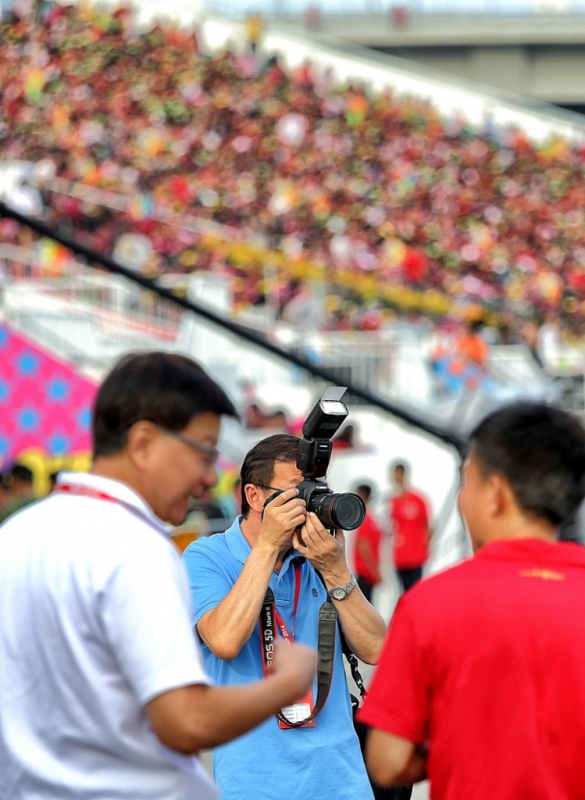 Official photographers and event minders at the parade ground. Do wear red shirts / tops to blend in with the party mood. 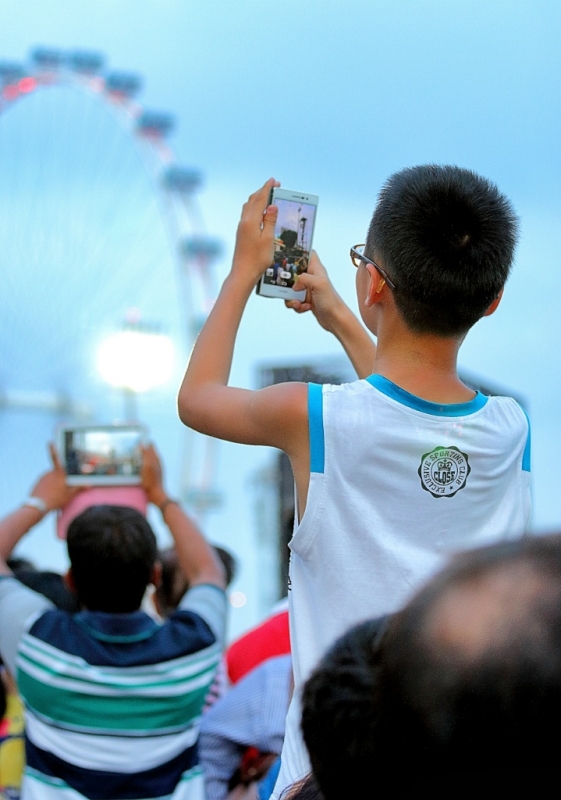 Everyone wants a pixel of the action. So be considerate as humanly possible by not blocking others behind you. Tempers may be frayed as the angle you want gets obstructed by others. I have worse experiences to share but let’s just remember everyone is here to have a good time. Keep your cool and your celebratory mindset! 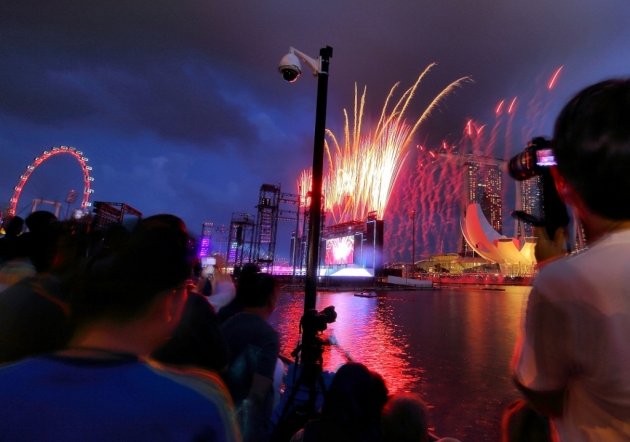 One of the main highlights of NDP is always the fireworks. To many it’s the main draw of the event. You may have to spend a long time getting through the celebration highlights (many of which can’t be seen from the fringe area), but as soon as the fireworks starts, you’ll be reminded why you try to get NDP tickets every year. 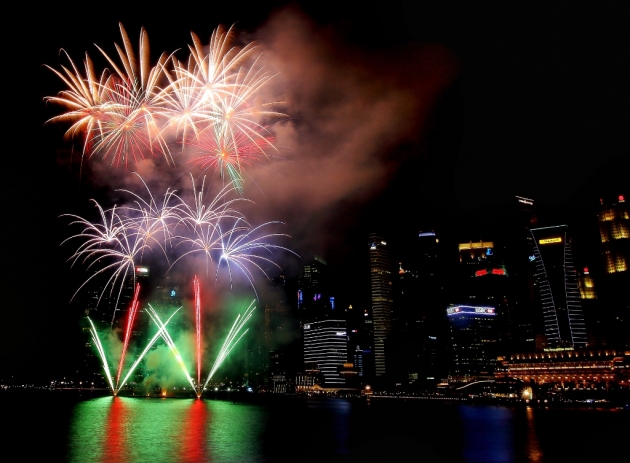 The firework pyrotechnics improve every year. Be enthralled by the various patterns through out the display. 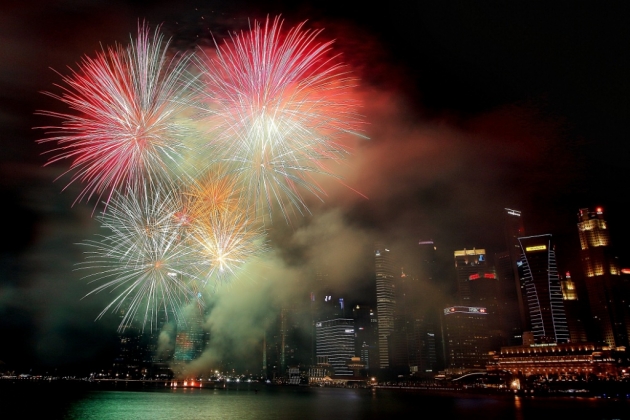 To capture the fireworks, a good steady tripod is a basic necessity. Those with compact cameras will need to set their cameras to “Fireworks mode” for a good pic. For cameras with manual setting, an ISO of 100, with shuttle speed between 3-6 seconds at F18-22 should do the trick. Do bracket the shots and adjust according to the lighting environment.

Information and tips for the NDP 2014 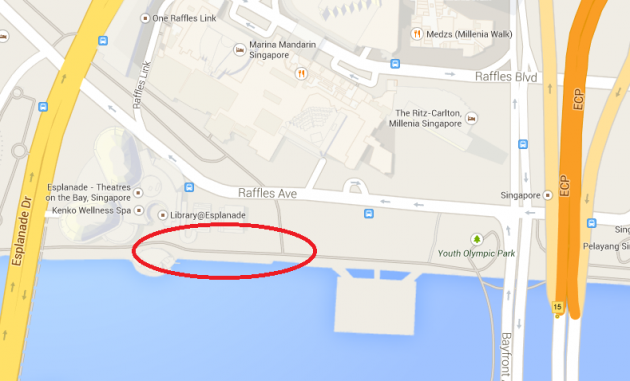 All pictures used in this journal are copyrighted to Jensen Chua with all rights reserved. 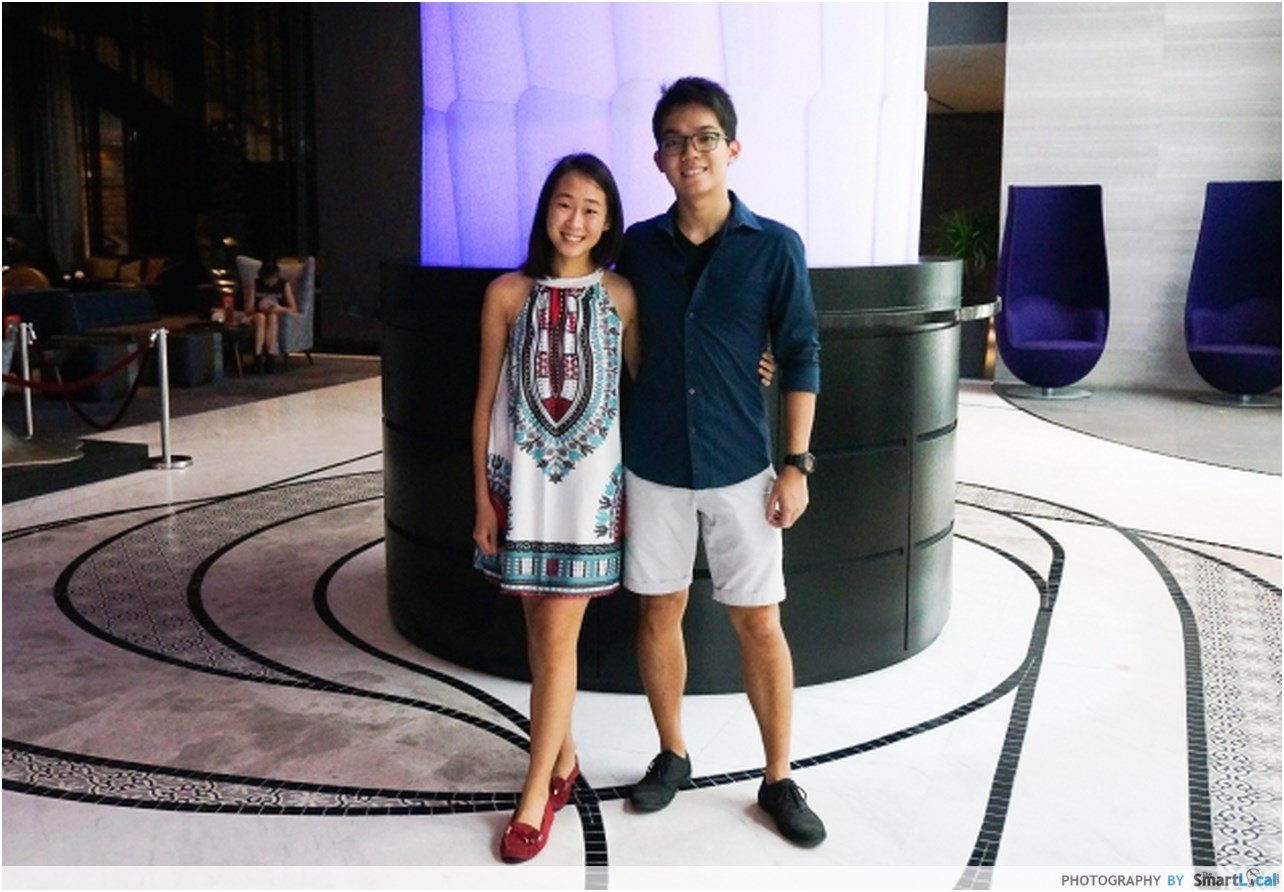