As a kid, I had what relatives would call “fishball cheeks”. It was deemed cute enough that relatives would pinch my cheeks often whenever they saw me. Decades later, my face is still chubby, but instead of pinches, all I get now are disdainful looks from aunties whenever my hand is caught in the snack jar.

Sure, my face is still round, and constant snacking to keep myself awake throughout the day has added a slight bloatedness to my appearance. So when I was given the chance to try out the Intralift oral facelift that claimed to slim down faces, I jumped on the opportunity. Here’s how my treatment at MODE Aesthetics went:

Living with a round face

Round faces actually run in my family. Both my mum and dad have softer features around the cheeks and chin, so naturally my face looks similar. It’s something I’ve lived with all my life, and something I thought would be difficult to change. 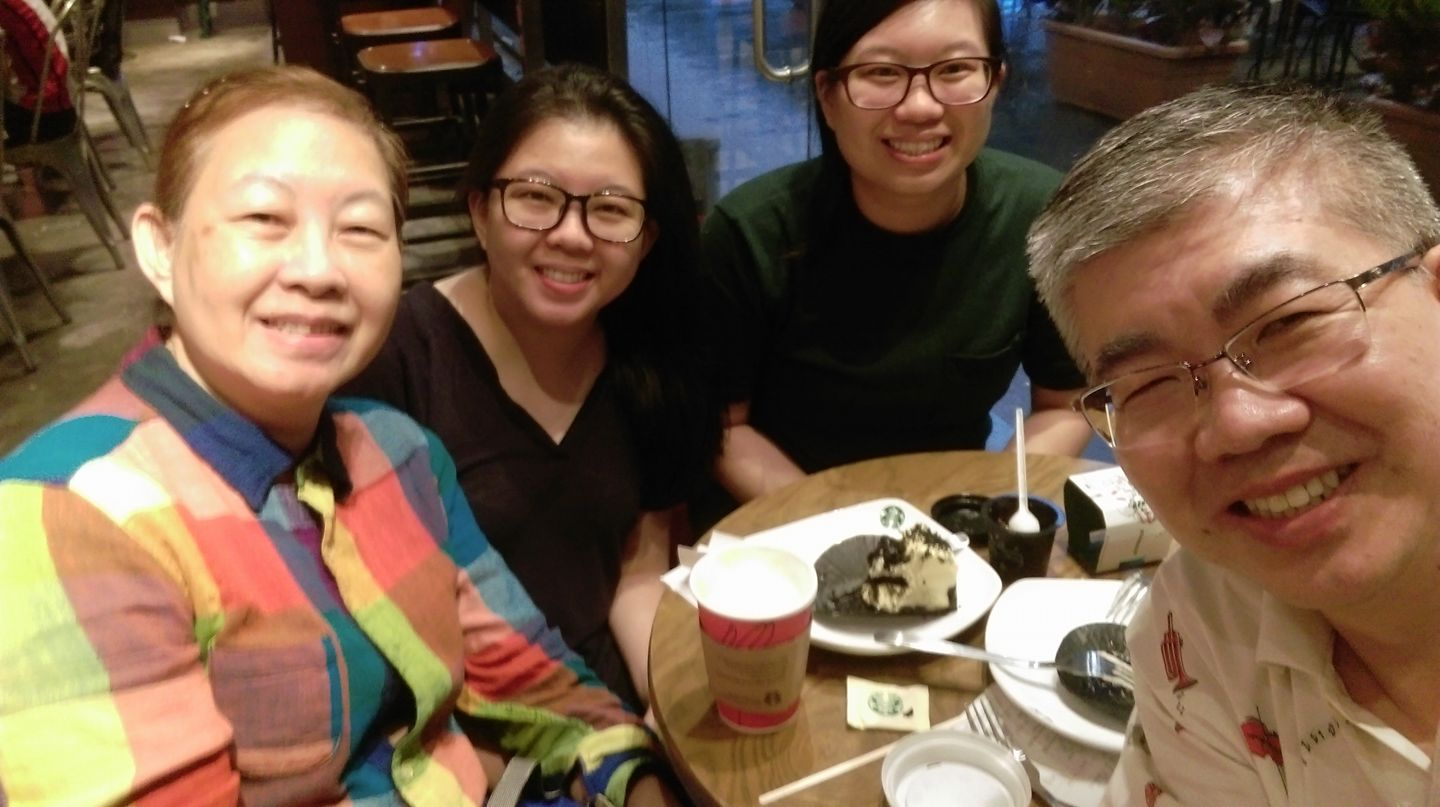 After all, it’s not like there’s a diet or exercise that can really help to contour the face. Weight loss is mostly noticeable on the tummy and thighs, but the face is one of the last places you can shed pounds. So, hearing that MODE Aesthetics had a treatment that could give me that coveted v-line shape got me excited.

How the Intralift oral facelift works 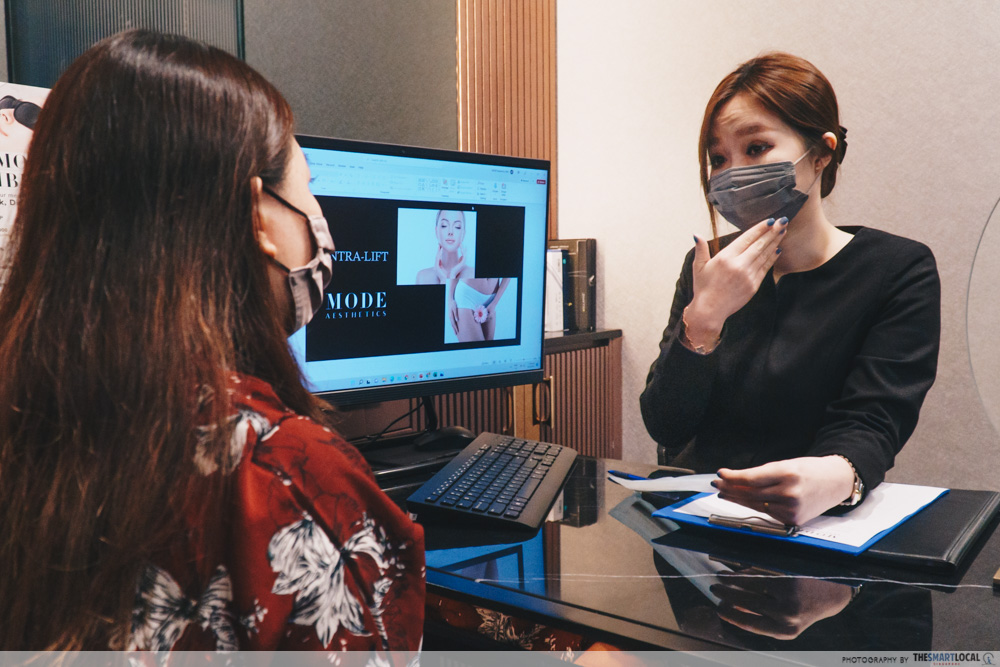 The treatment involves using an oral applicator that transmits radiofrequency energy into the inside of the mouth. While most facelifts are done on the outside of the face, the oral applicator helps to target cheek muscles more directly.

The heat emitted from the radiofrequency waves triggers collagen production, which is what is needed to tighten sagging skin, giving the face a more lifted, youthful appearance. It also helps to burn fat cells within the cheek, to create a more chiselled look overall.

By the end of a single treatment, I should expect to see a visible reduction of lines around my nose and mouth area, and a sharper jaw.

Getting the Intralift oral facelift

Following the consultation, the therapist started off with a quick cleanse of my face to remove any residual makeup, since the treatment would also involve a massage around the cheeks. 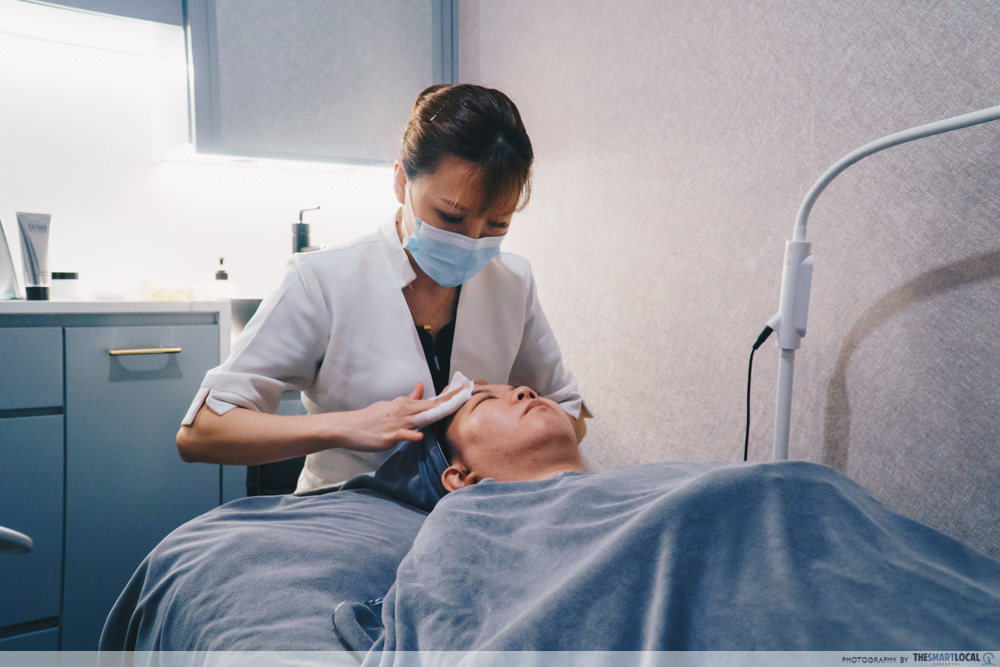 A new wand is given to all customers when they come in for the treatment.

The therapist then went ahead to probe the inside of my mouth with the oral applicator, focusing mainly around the cheeks and gums. I was told that there would be some discomfort during this part of the procedure, as I would have to keep my mouth open for a full 30 minutes. But I barely felt anything throughout the treatment, and even managed to take a quick nap.

Rounding up the whole treatment was a facial massage that would help further contour my cheek muscles from the outside to give it a lifted look.

The whole treatment was done in under an hour, so I was definitely sceptical that there could be any visible difference at all. But to my great surprise, my face did look slimmer. Left: Before; Right: After.

My cheeks weren’t as round and full as before, plus I had some semblance of a jawline, when previously I had none. The biggest difference I could spot was that the laugh lines around my nose and mouth were also less visible. These were what aged me but I felt that post-treatment, I had shed a couple of years off my face.

Collagen production doesn’t happen at the snap of a finger, so even though I could already see results, I’m told that the treatment will continue to work over the next couple of weeks. I should be able to have an even sharper jawline in time to come. The therapist also said that with a few more sessions, I would be able to see more definition with my face. It’s something worth considering, since there’s no downtime for the treatment, and it can be completed over a lunch hour. If you’re facing baby fat even as an adult, and are keen to try out Intralift oral facelift, MODE Aesthetics has an introductory price of $99 for new customers. Plus, they’ve got 4 locations islandwide, so you can get your face contoured at your convenience.

This post was brought to you by MODE Aesthetics.
Photography by Ian Sim. 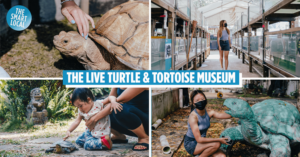