Having seen so many pictures of Miam Miam’s souffles and pancakes, my colleague and I were excited when Miam Miam unveiled their new premium French-Japanese high tea sets and desserts. 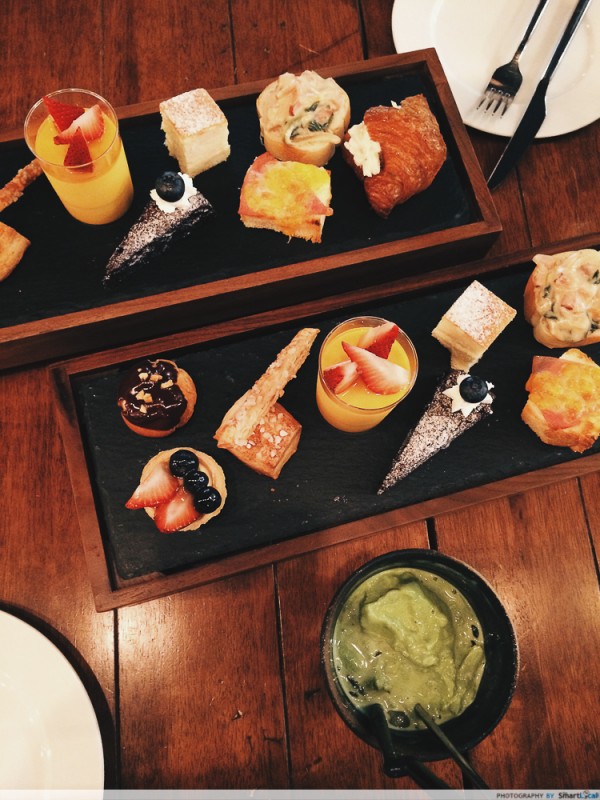 We were offered the High Tea Platter for 2 ($26.90 or $13.45/pax), which includes 3 premium savoury and 7 sweet treats, along with any 2 drinks from their coffee/tea menu. Choose from the Hot Coffee, Hot Cafe Au Lait, Darjeeling Tea, Earl Grey Tea, or Chamomile Tea to accompany your dessert platter. 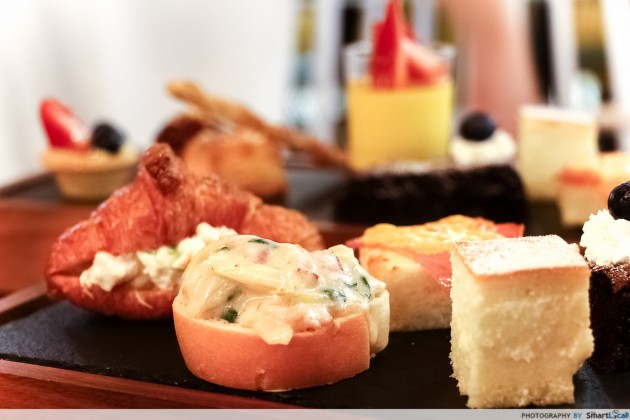 Even though the high tea platter was nicely presented, we found the desserts rather ordinary. Among the mini savoury desserts of of ham and cheese and chicken mayonnaise croissant, my colleague enjoyed the latter, although the croissant wasn’t flaky or crispy enough for my liking. For the ham and cheese, the bread was crispy, but the flavours did not stand out. 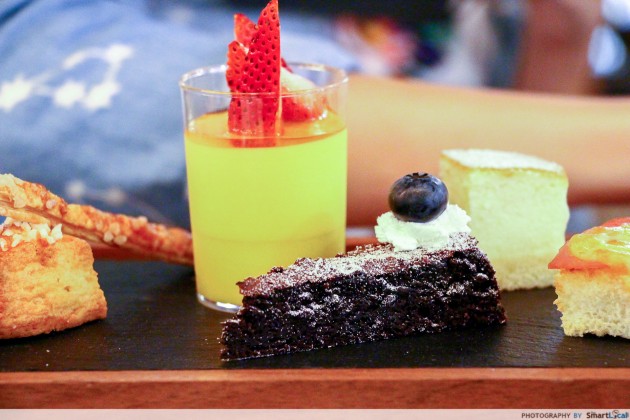 The 7 sweet desserts were better, featuring a mango mousse, chocolate cake, cream puff, fruit tart and cheese cake etc. I liked the chocolate cake for its fudginess, but with its petite size, we could only afford one bite each. The rest felt like “an atas Four Leaves”, as someone at my table remarked. Quite unfortunate. Thankfully, the mango mousse gave us some reason to cheer. We loved how strong the mango flavour was – it was like eating an actual mango itself – and the texture was creamy. Overall, the dish was nicely executed. Following the disappointing high tea platter, we were hoping that their pancakes would turn out better. The pancakes were pretty – we were all clamoring for a photo – but once again, our hopes were dashed.

Between the two pancakes, the houjicha pancake was my favourite. Both pancakes were fluffy with a bread-like texture – perfect for soaking up any sauce. The aromatic tea flavour came through in the houjicha whipped cream, which went well with the mochi balls and azuki.

Unfortunately, we were expecting the pancakes to be served with houjicha ice-cream, not whipped cream, which would have been the star of the dish. The Yuzu Pancake ($12.80++) – a fluffy pancake topped with crunchy sesame crumbs, Yuzu jelly and Vanilla softee – wasn’t remarkable. The crunchy sesame crumbs, though small and over-looked, was my favourite. I was amazed at how one small crumb could pack so much sesame flavour – if only the portions were more generous. We felt that the vanilla softee was too icy and lacking in vanilla flavour, while the yuzu jelly, though tangy and invigorating, failed to lift the dish. 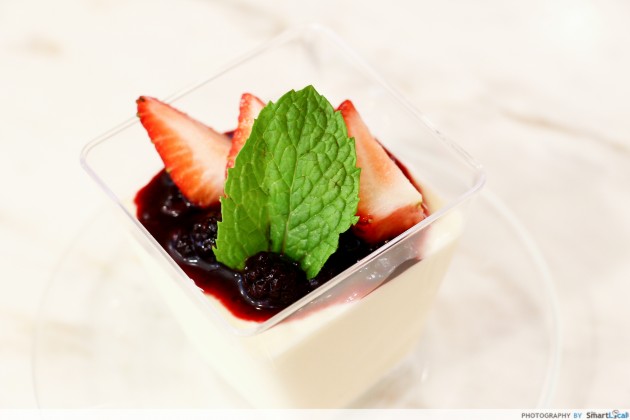 Lastly, we had mixed feelings towards the Panna Cotta. We found it overly milky – after a mouthful or two, we couldn’t help but put our spoons down. A good panna cotta is meant to jiggle, but in this case, it  was more pudding-like – we would have preferred it to be softer and silkier. I enjoyed the strawberries and mixed berry compote, although it was gone in a few spoonfuls. 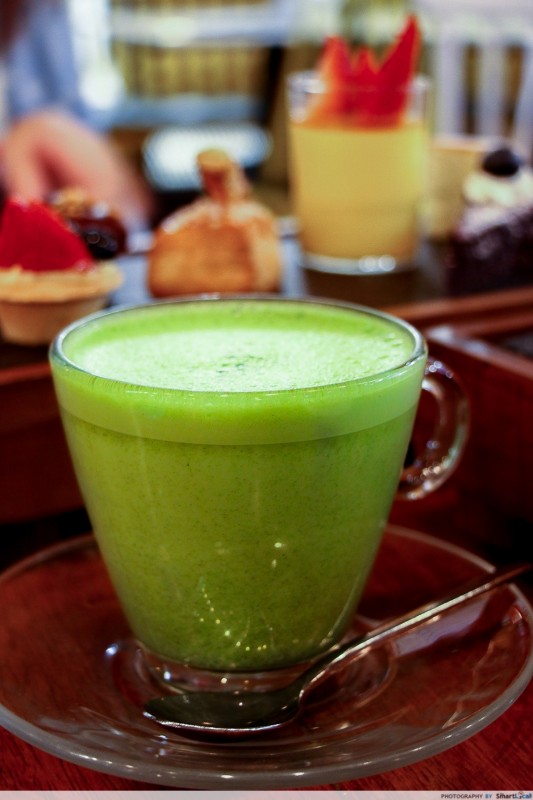 The matcha drinks were the saving grace of my whole Miam Miam experience. We tried the Matcha White Chocolate ($7.80), which was decadent, creamy and rich due to the addition of white chocolate. It is definitely the drink to order if you have a sweet tooth! The Iced Matcha Latte with Matcha Softee ($8.80) was another favourite – I loved the creaminess of the ice-cream, and the matcha flavour was excellent. The iced matcha latte itself was refreshing – not as rich as the matcha white chocolate – making it the perfect accompaniment to our desserts. The Yuzu Jello Soda ($7.80++) was in essence, yuzu jelly topped with sparkling soda. Tangy and refreshing, it was like yuzu fruit juice passed through a SodaStream.

Overall, there is room for improvement. Perhaps with more tweaking in the kitchen, and larger serving sizes. We Singaporeans love to eat, after all right? Miam Miam did do well with their matcha drinks though, and there’s no denying that their pancakes are ultra-instagramable!

We visited the Miam Miam outlet at Bugis Junction, located right next to Bugis MRT Station.

This post was brought to you by Miam Miam