Undeniably unique and surprisingly simple to follow, Singlish is one of my favourite things about being Singaporean. But sometimes even as I utter Singlish terms, I can’t help but chortle at how senseless it can be.

Even so, this powerfully efficient method of communication has flourished in our humble island and it’s not hard to see why. Here are 11 of my favourite literally translated Singlish expressions.

The sentence: I this week need jiak cao already.
What Angmohs hear: in Hokkien, “eat grass”
What we’re saying:*cue tragic music* ohhh my life is sooo miserable and I’m so poor I’m about to have to eat grass just to survive *cough*someoneblanjamelunchplease*cough*

But this is Singapore and there’s no such thing as a free lunch. Seriously though, Singaporeans are masters of hyperbole, and this is a classic example of that. The sentence: If GST raise to 10% then I really need go sell backside already.
What Angmohs hear: When GST hits 10% I’m going to have to sell butts for a living (wait what?)
What we’re saying: If the cost of living rises anymore I’m gonna have to turn to tricks for a living. Boohoo.

Because butts are the new kidneys.

While we’re on the topic of backsides, this one alludes to prostitution. Another classic example of the Singaporean hyperbole, this is usually used to describe having a hard time. The sentence: Why you so see me no up one?
What Angmohs hear: Why /incoherent mess that doesn’t make sense/
What we’re saying: GIRL PUH-LEASE I am better than you think mmkaay??

Directly translated from Mandarin, this term expresses discontentment that one’s ability is being undermined. Foreigners will be “?!?!?!?!?”-ing at this if they ever hear it. The sentence: Wah see this guy confirm is the spoil market type one.
What Angmohs hear: This guy is about to go ape-shit on that market
What we’re saying: Okay now I’m really never gonna get laid

The above picture perfectly relates what image comes to mind when I hear someone say “spoil market”. But of course, Singapore being Singapore, it’s actually an unmistakable reference to economics, referring to someone so remarkable at whatever s/he’s doing that no one else can compete. Well, yeah basically to monopolise that “trade”.

The sentence: My ah boy backside always very itchy.
What Angmohs hear: My boy has some sort of skin condition that causes his bum to itch uncontrollably – poor kid.
What we’re saying: I cane my son a lot. Like, a LOT. Because he kinda really sucks.

Another one translated directly from Mandarin, this one is actually pretty cute. In Mandarin, they say “pigu yang” so describe someone who seemingly does things to get punished, hence the itchy butt (because punishment = caning = helps you scratch your butt or something). The sentence: This month got 5 weddings to attend – I pok gai liao laaaa
What Angmohs hear: 5 weddings = 5 angbaos = a lot of money and now I’m broke.
What we’re saying: Lol jk I’m just gonna give you all smaller angbaos each

This one is translated from Cantonese and is actually an insult or used to curse at someone. It means to trip and fall, or die on the street. Somehow, Singaporeans have taken this term and made it a term to mean broke.

To be pok gai in Singapore is equivalent to having no money. Because, I mean, if you have no money in Singapore you’re probably going to die on the street anyway…right? Sometimes shortened to just “potong”, this is actually Malay for the action of “cutting” a new road, but is used in Singlish to express stealing someone’s girlfriend. The sentence: Wah today whole day shag sia.
What Angmohs hear: You will not BELIEVE how much sex I had today.
What we’re saying: Today was SUCH a tiring day.

This actually started off as “shack” but has since been corrupted even further into “shag” today. A British colloquialism meaning sex, “shag” is used in Singapore to express extreme tiredness. Needless to say, this could lead to some awkward situations. The sentence: Siao ting tong.
What Angmohs hear: (are you singing a song??)
What we’re saying: You’re crazy.

If you’ve ever been in a Singaporean primary school, you’ve definitely heard this one. Used to refer to a someone as crazy, this is translated from…well, the sound it makes. The sentence: I pass this exam happy like bird already.
What Angmohs hear: This exam was so difficult and I’m going to be elated if I pass it!
What we’re saying: I secretly mugged all night for this paper and by “pass” I mean “get an A+”

This one was a poor translation of the English idiom “happy as a lark”. I laugh at this expression so much it’s embarrassing. But in Singapore’s context, being “happy like bird” isn’t exactly…very happy…is it? 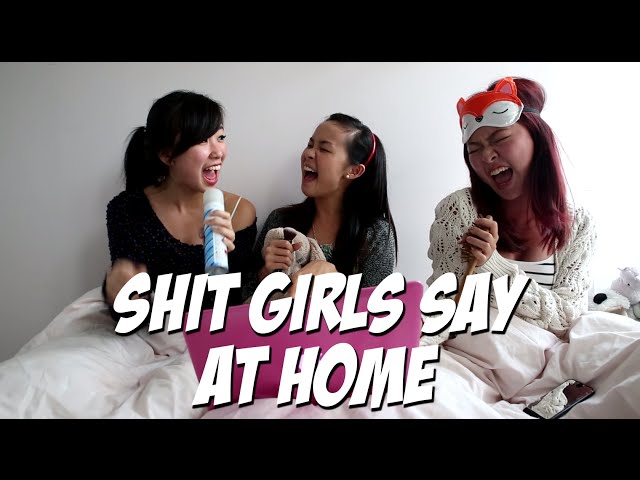 The Singlish equivalent of rofl, and means to laugh til you drop. Seriously though, this video IS hilarious.

While I find these terms amusing, I don’t think that they’re of lesser standard in any way, but add tons of flavour and convenience to our daily speech. From our literally translated terms to colourful expressions and crude imagery, Singlish is nothing but a joy to speak. Stay tuned as we write about more things that make us proud, as part of our SG50 coverage!

Got any more to add on? Leave them in the comments below!

1,028
SHARES
ShareTweet
13 Unique Local Startups From Singapore That Will Make You Beam With Pride
I Followed An EasyVan Driver For 8 Hours. Here's What I Learnt.