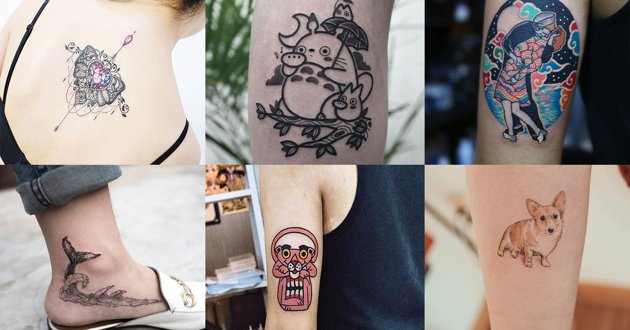 Aside from K-pop and K-dramas, South Korea is also known for its popular – albeit underground – tattoo scene. Getting tatted in Seoul is a growing trend among many travellers froma ll over the world. After all, South Korean tattooists are some of the best in the world – and while most remain low key, their unique artwork continues to gain local and international fans through social media.

If you’re looking to get inked in South Korea, here are 7 Seoul-based Instagram tattoo artists to look out for on your next visit to Seoul – and yes, all of them can speak English!

Disclaimer: It is illegal to open a tattoo parlour in South Korea without a medical license, but getting a tattoo from one of such places isn’t. 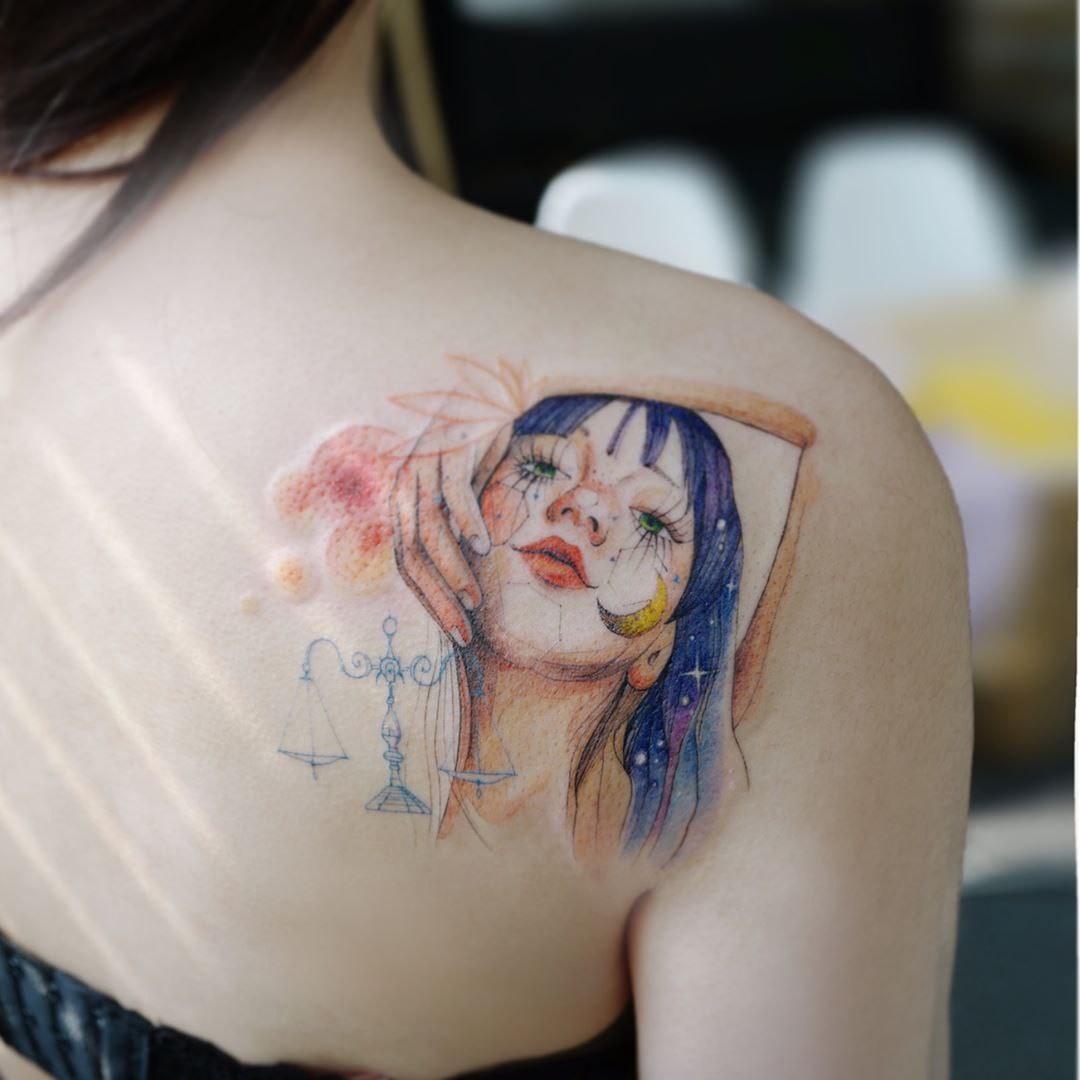 @tattooist_banul caters mainly to a feminine clientele, so her designs are whimsical and colourful. Featuring designs like fairies, Disney characters, and flowers, her elegant pieces look almost like drawings with their soft and smooth lines. 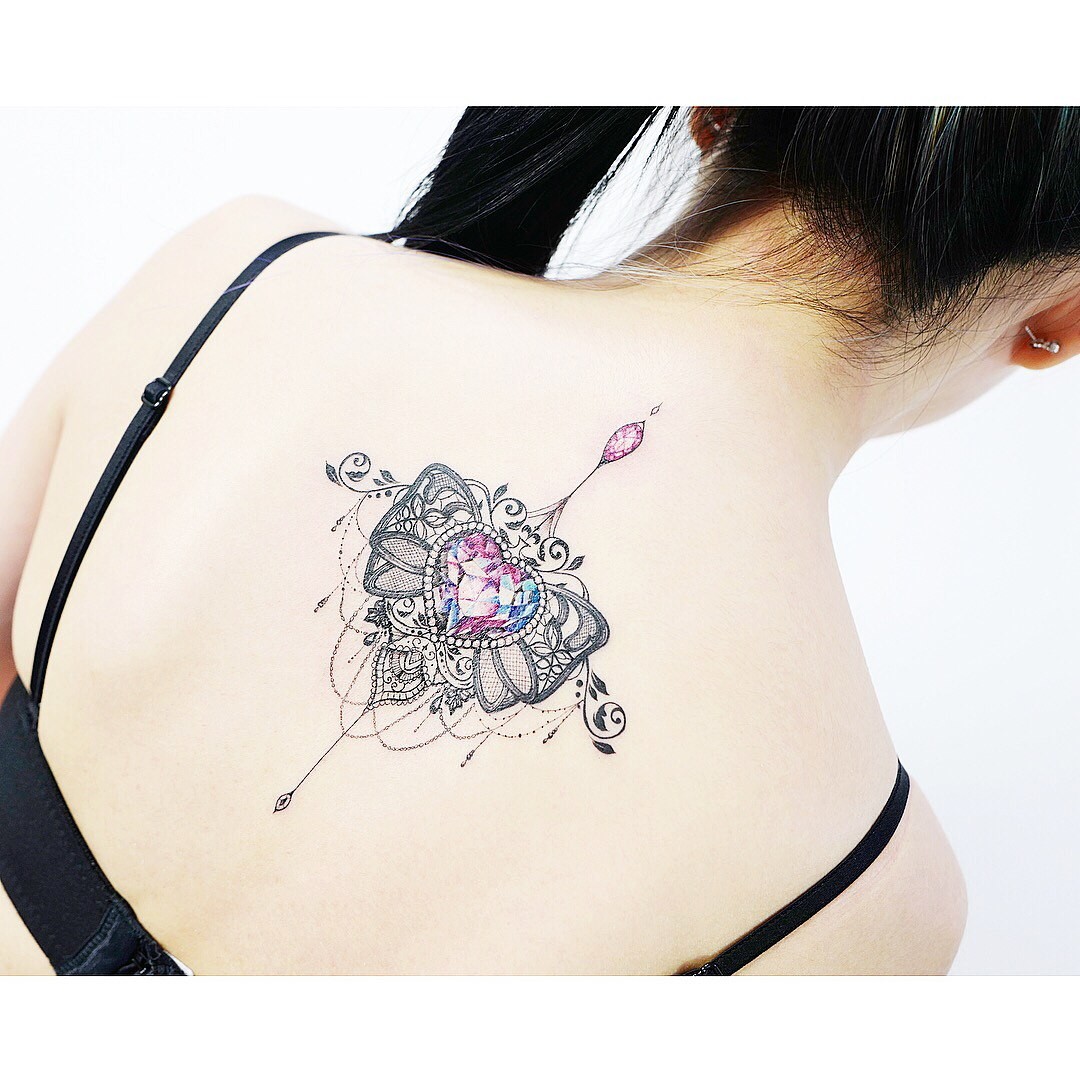 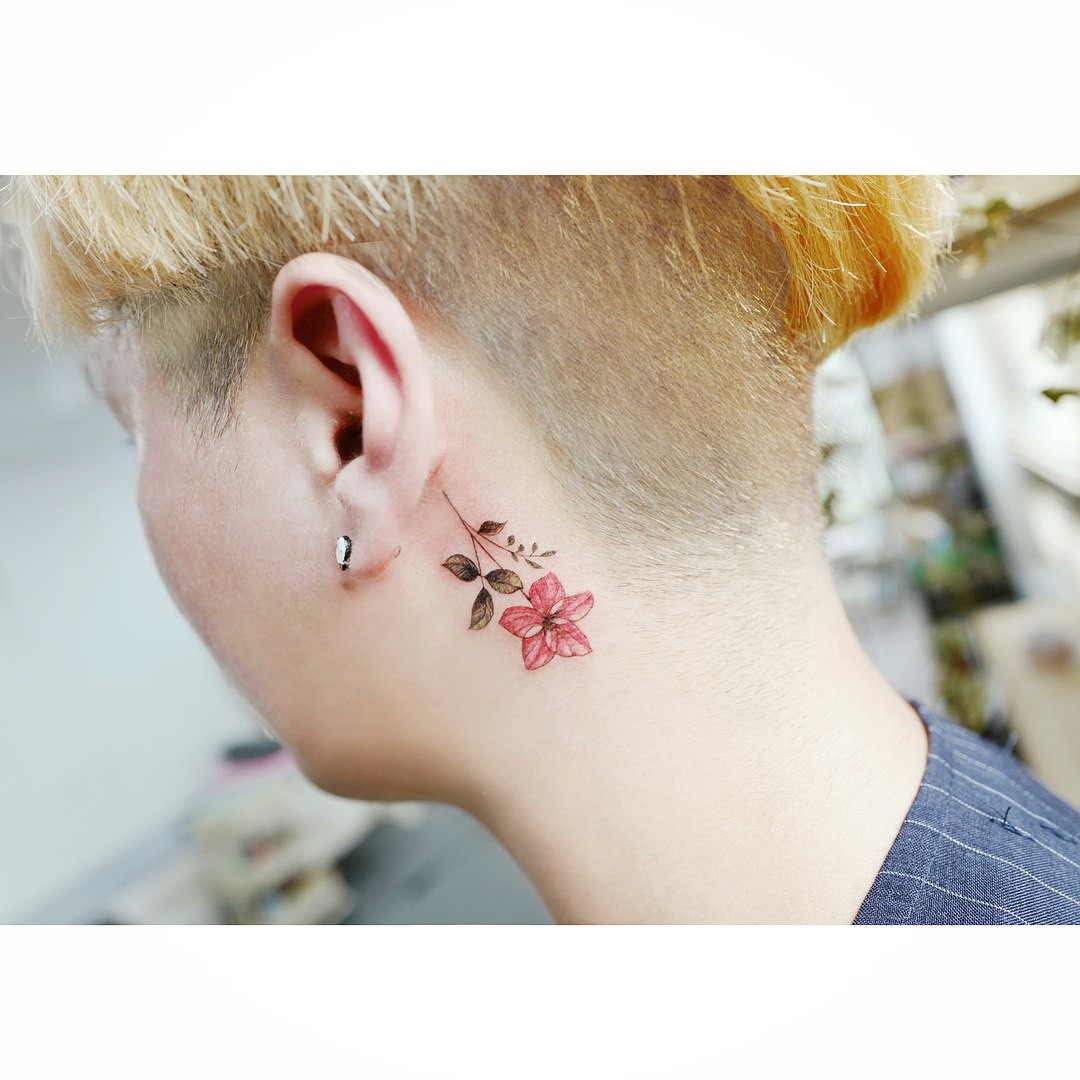 She also does pretty tattoos on sensitive areas such as the inside of the ear and the neck, but rest assured that she will be gentle! 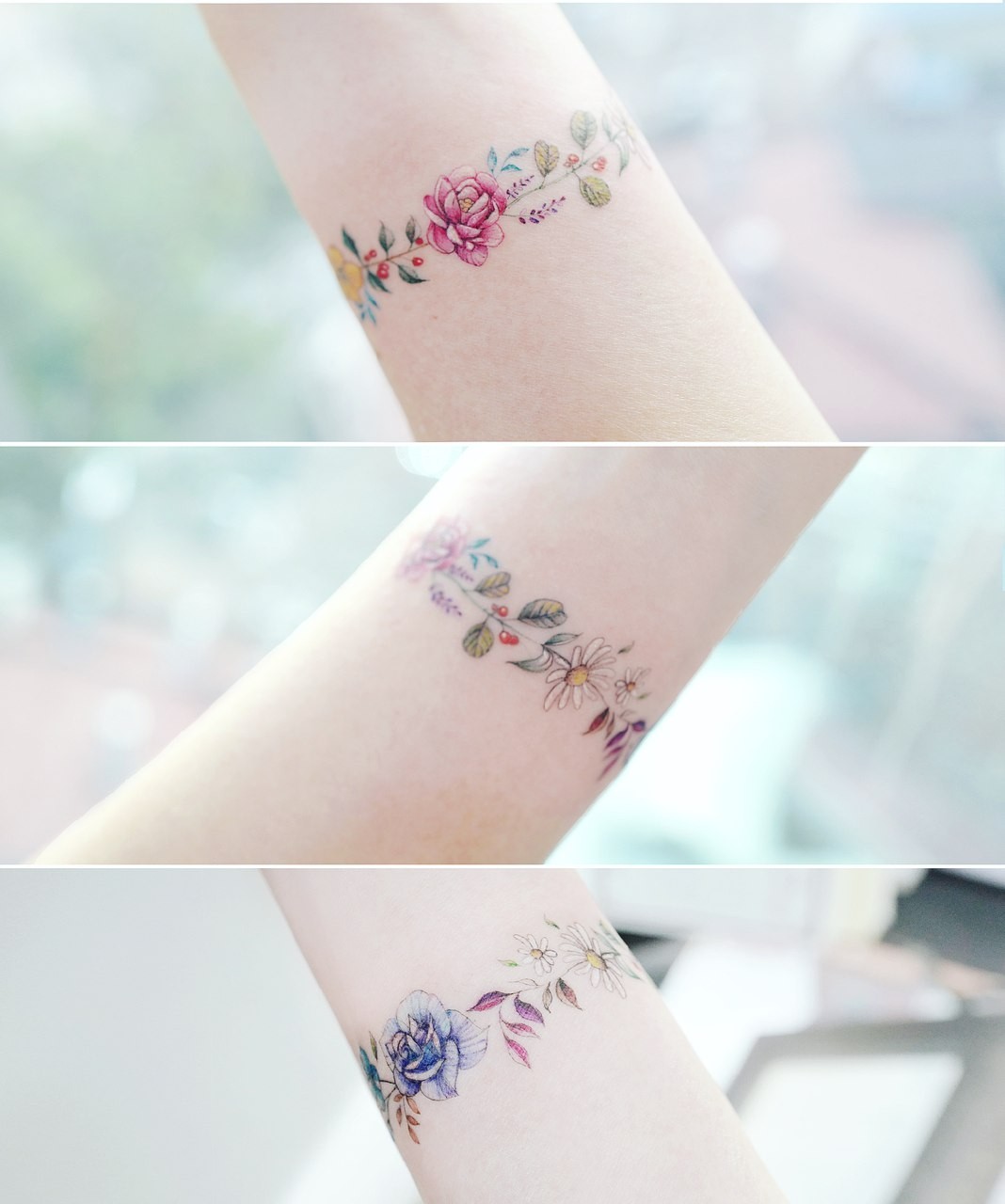 Foreign clients can make an appointment by adding her through LINE – @tattooist_banul. 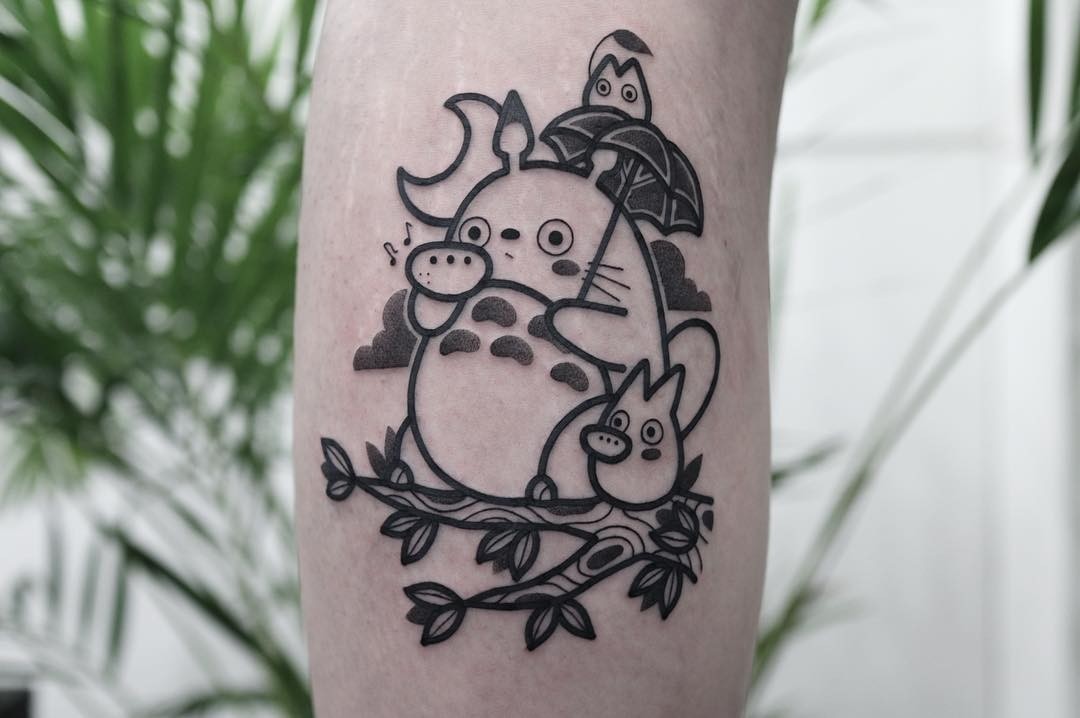 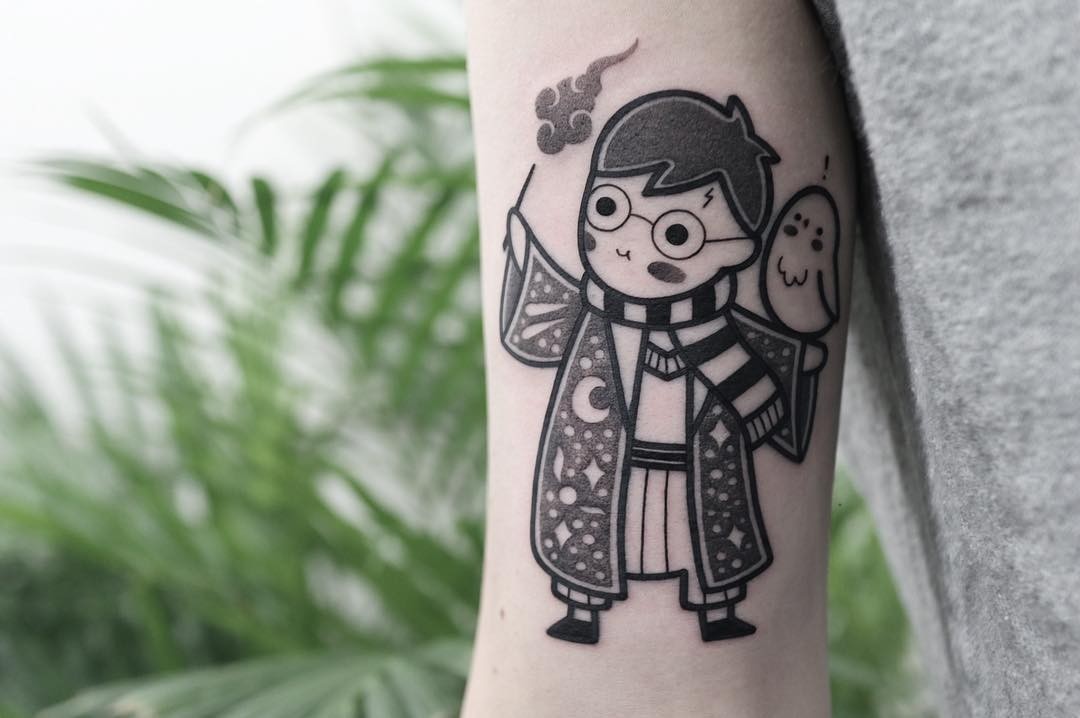 If you want a tattoo that will turn heads, @hugotattooer is your go-to guy.

Using thick, dark lines, Hugo Tattooer shows a more lighthearted side of blackwork (bold line work) with cutesy characters from cartoons and movies such as Baymax and Totoro. You won’t be getting a scary ah beng tattoo under his watch!

Having lived in the U.S for a few years before making a name in the Seoul tattooing scene, he also speaks fluent English and is well-travelled. If you’re thinking of getting inked to start off 2018, here’s some good news for you – Hugo Tattooer will be in Singapore from December till January, so go on and make a booking through his website if you want to save on plane tickets to Korea! 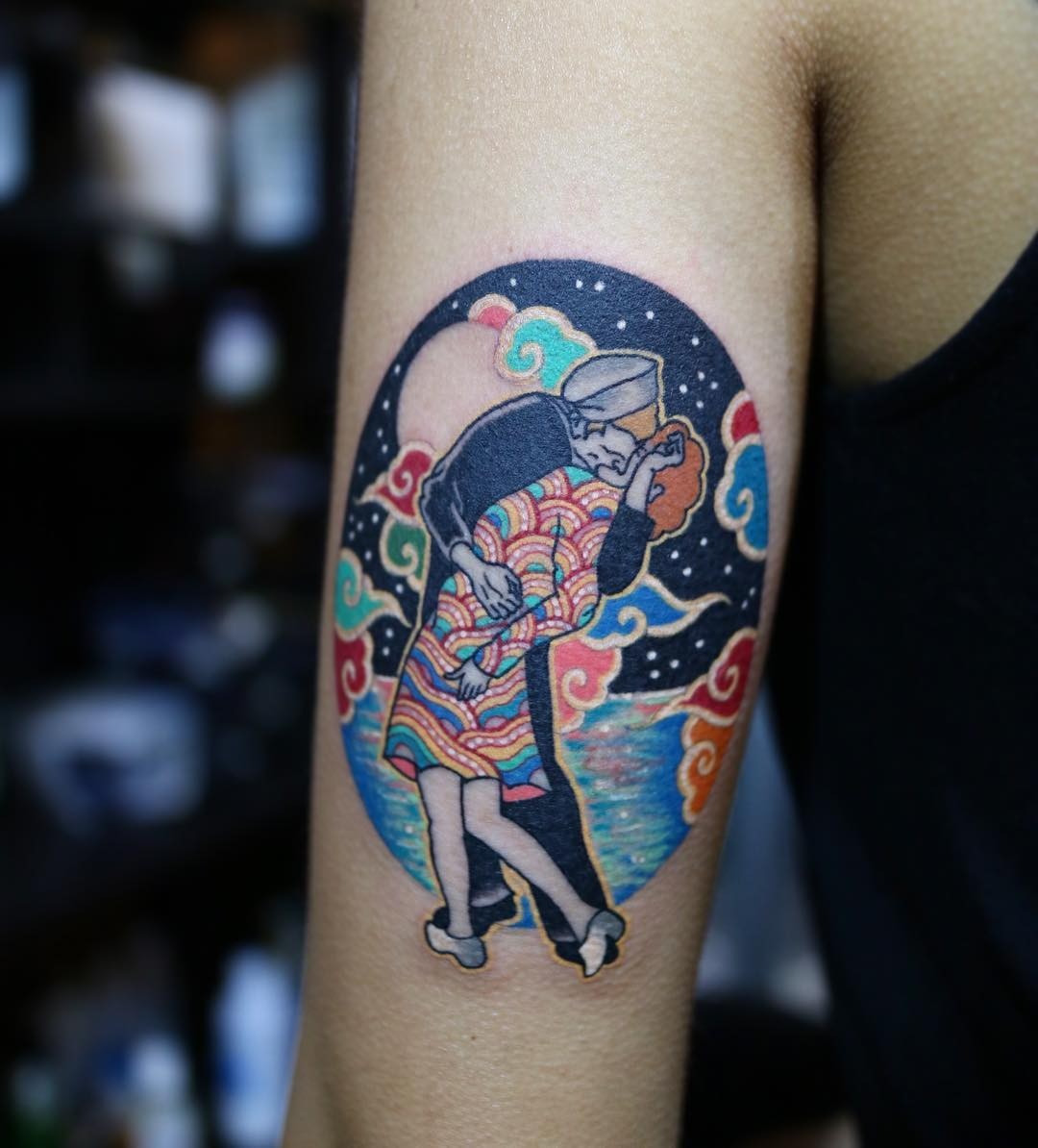 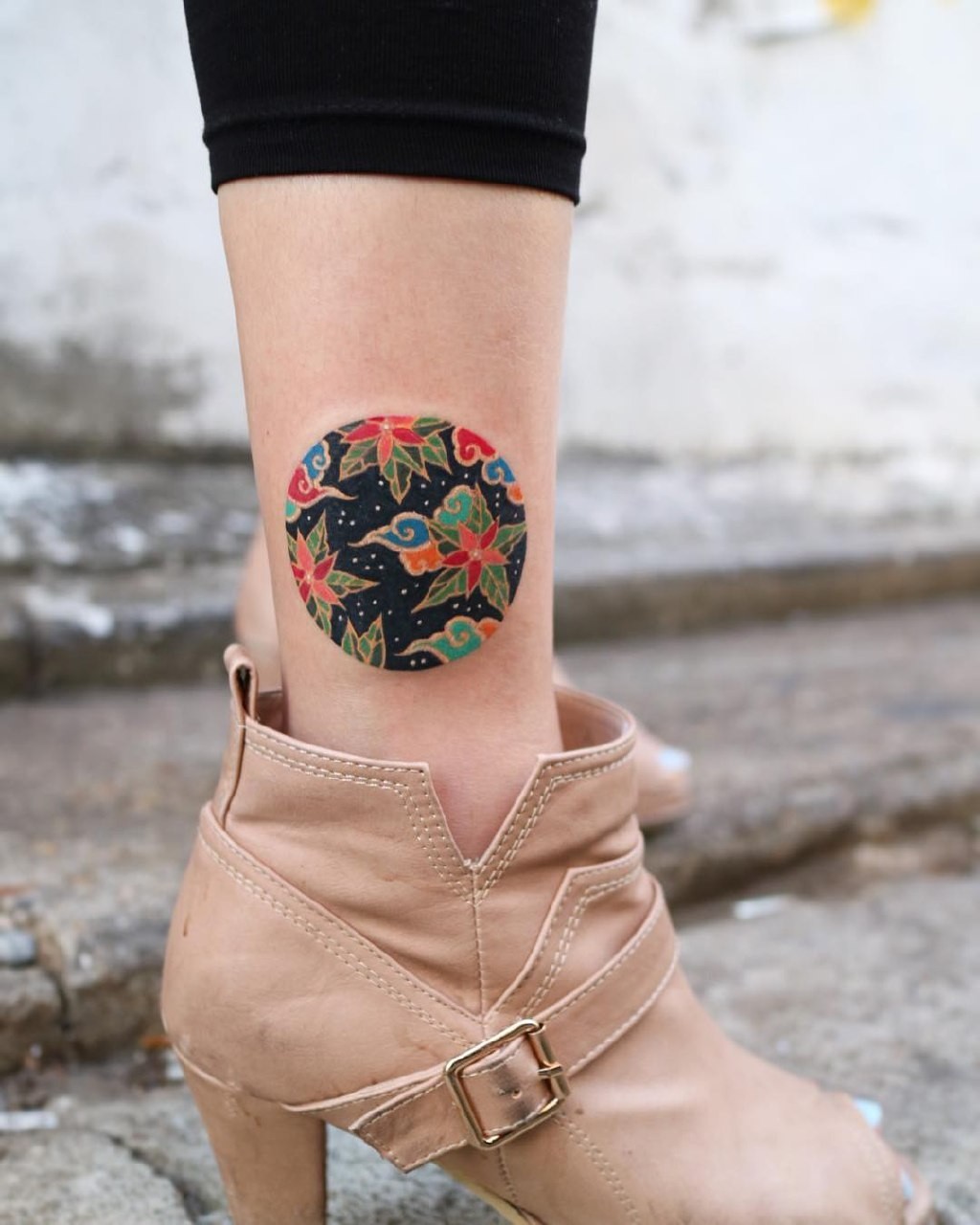 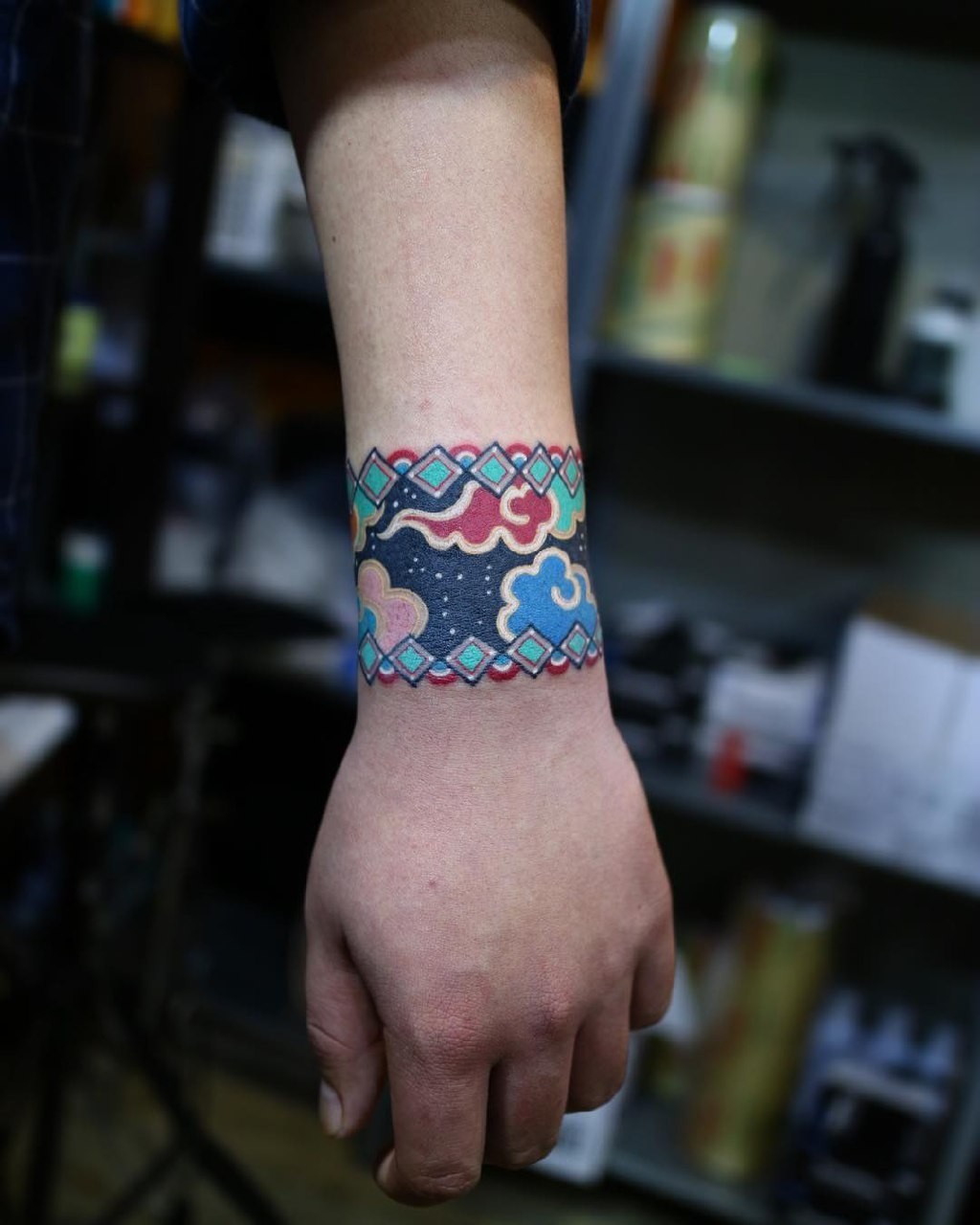 If you’re a culture vulture who loves ink, getting one of @pitta_kmm’s tattoos is a great way to have a piece of Korea’s rich culture permanently imprinted on your skin! You can reach him via email at pittakkm@gmail.com. 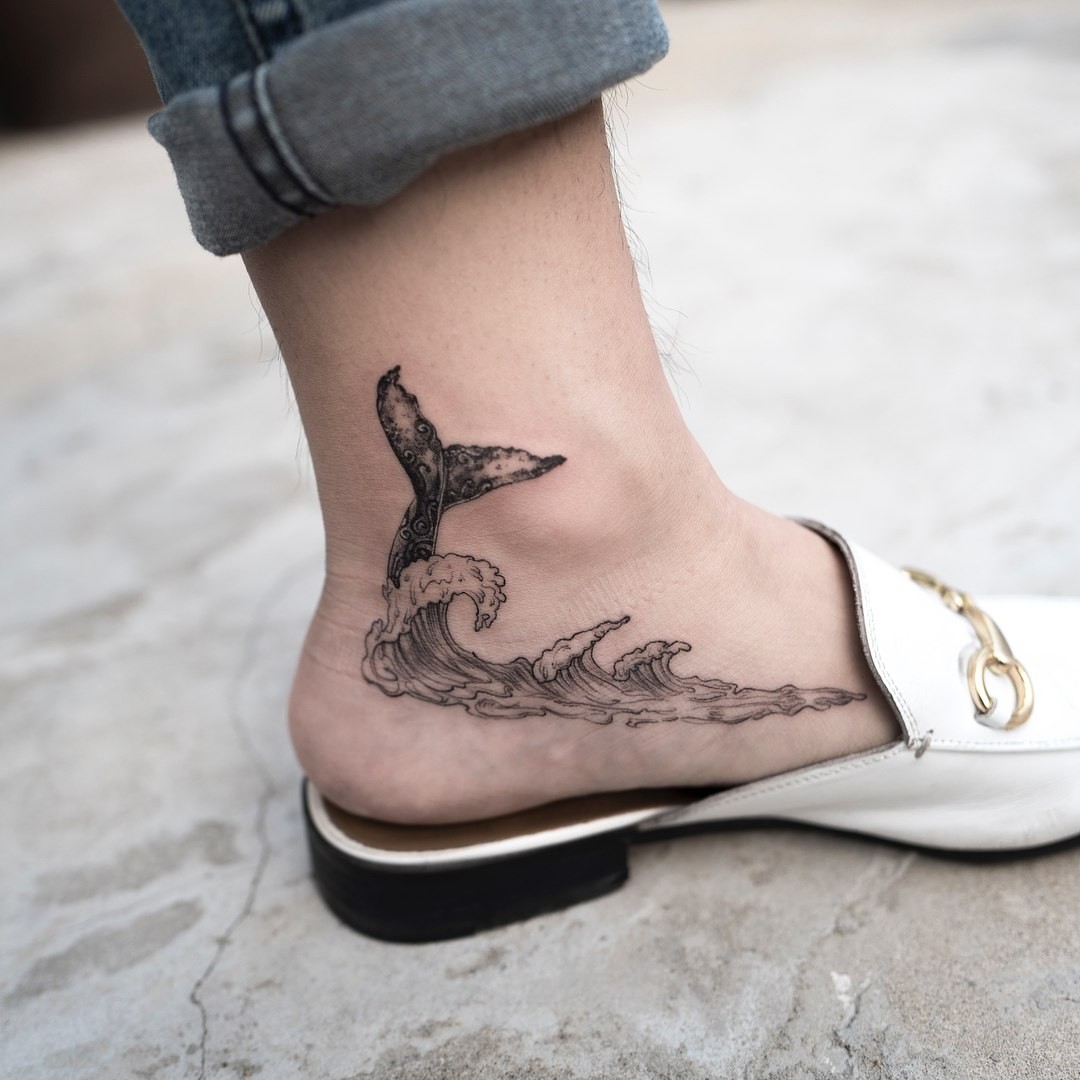 Another tattooist who speaks fluent English, @ilwolhongdam is the person if you’re looking for elegant line work in shades of black. His tattoo designs are all created with great attention to detail, from feathery flowers to intricate replicas of paintings. 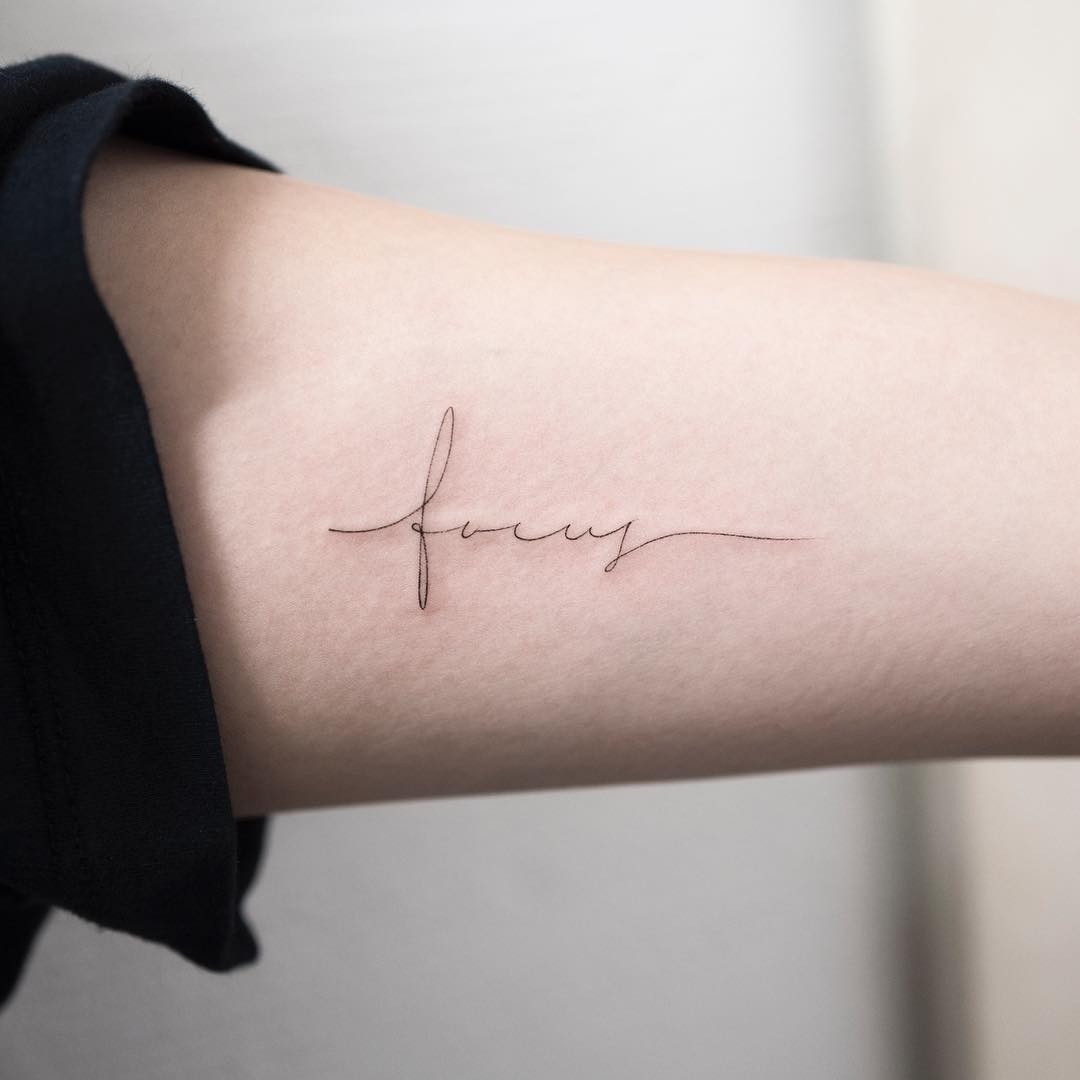 While he does all sorts of designs, Hong Dam also does skillful lettering and calligraphy tattoos. Whether it’s song lyrics from your favorite band, or a quote from your most binge-watched Korean TV series, he’ll ink the words so finely that they’ll look painted on the skin. 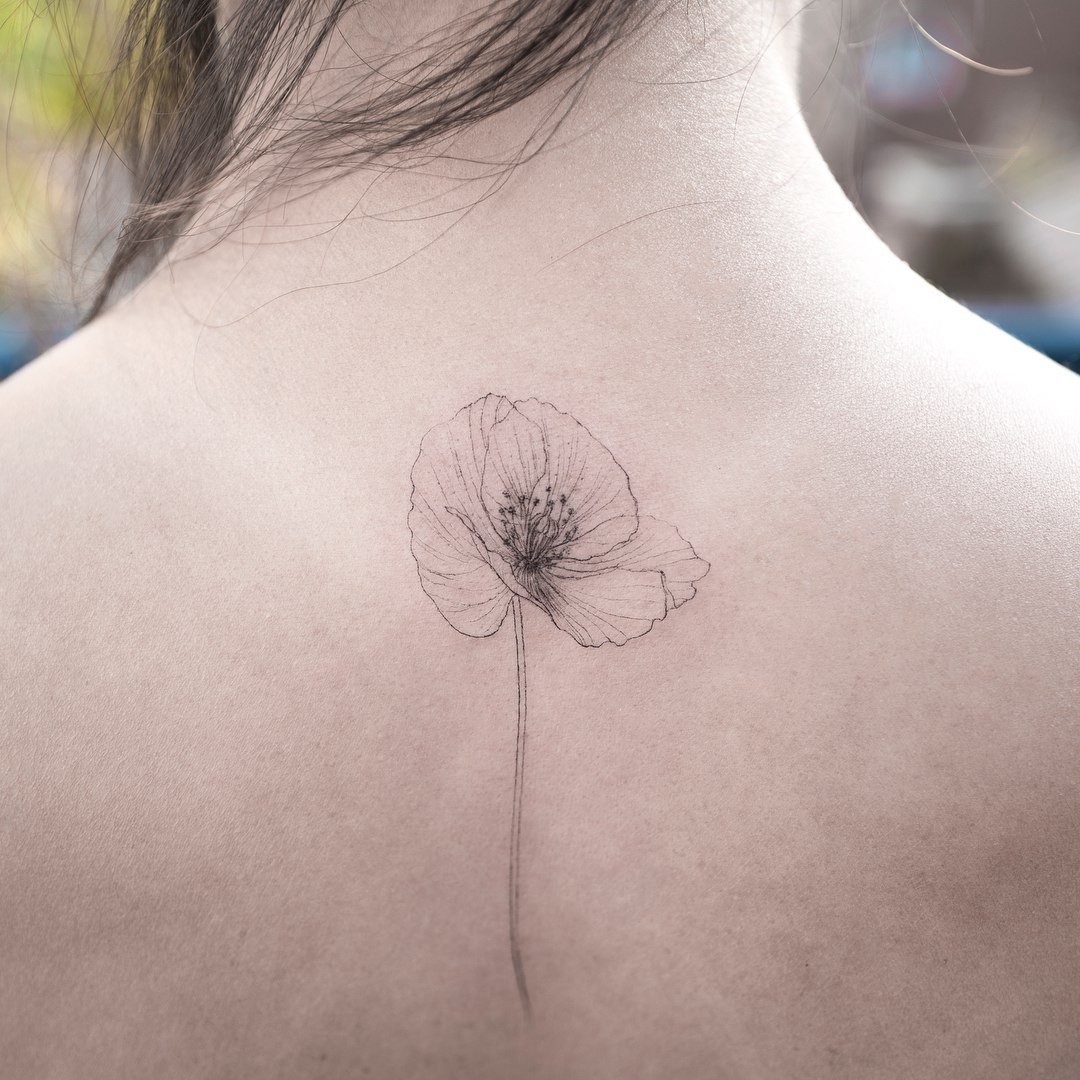 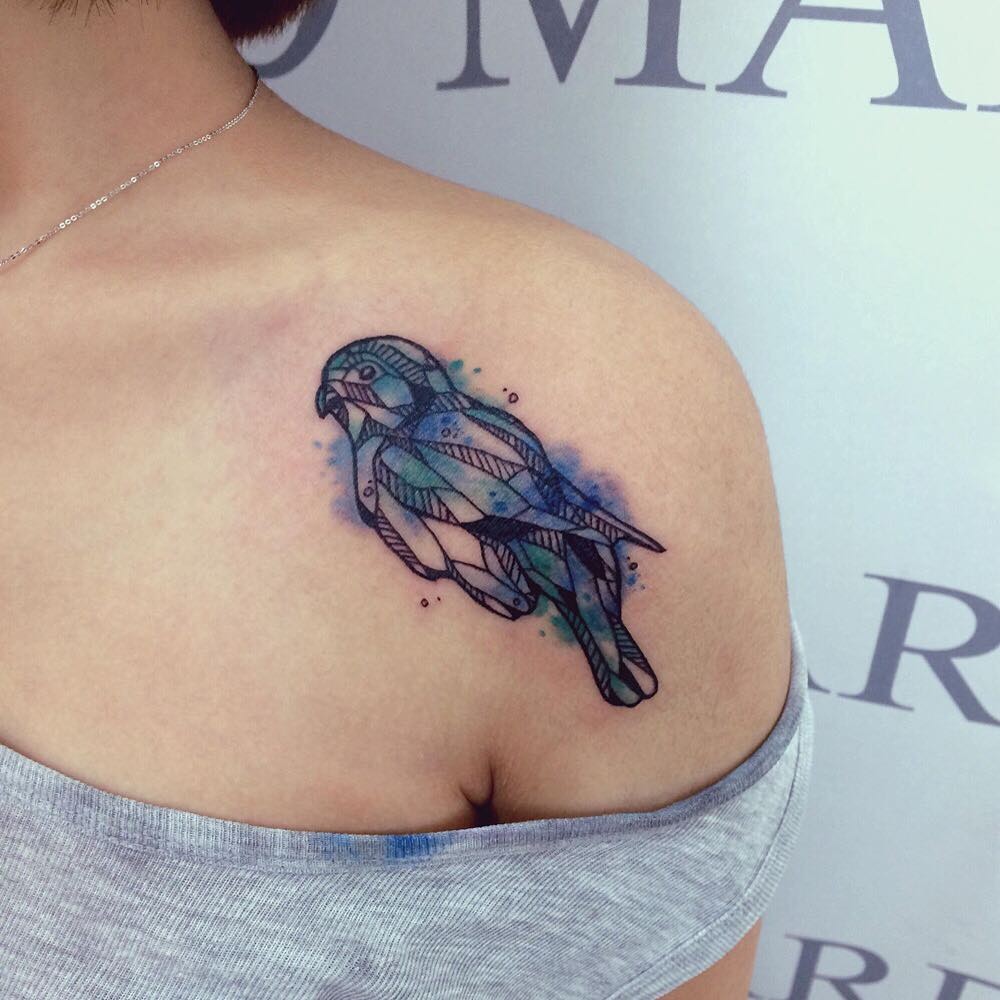 With 50K followers and counting, @tattooist_wonseok turns your skin into his canvas through beautiful and seamless watercolour art. A pro at blending colours, he creates tattoos using a “splatter effect” and geometric shapes. 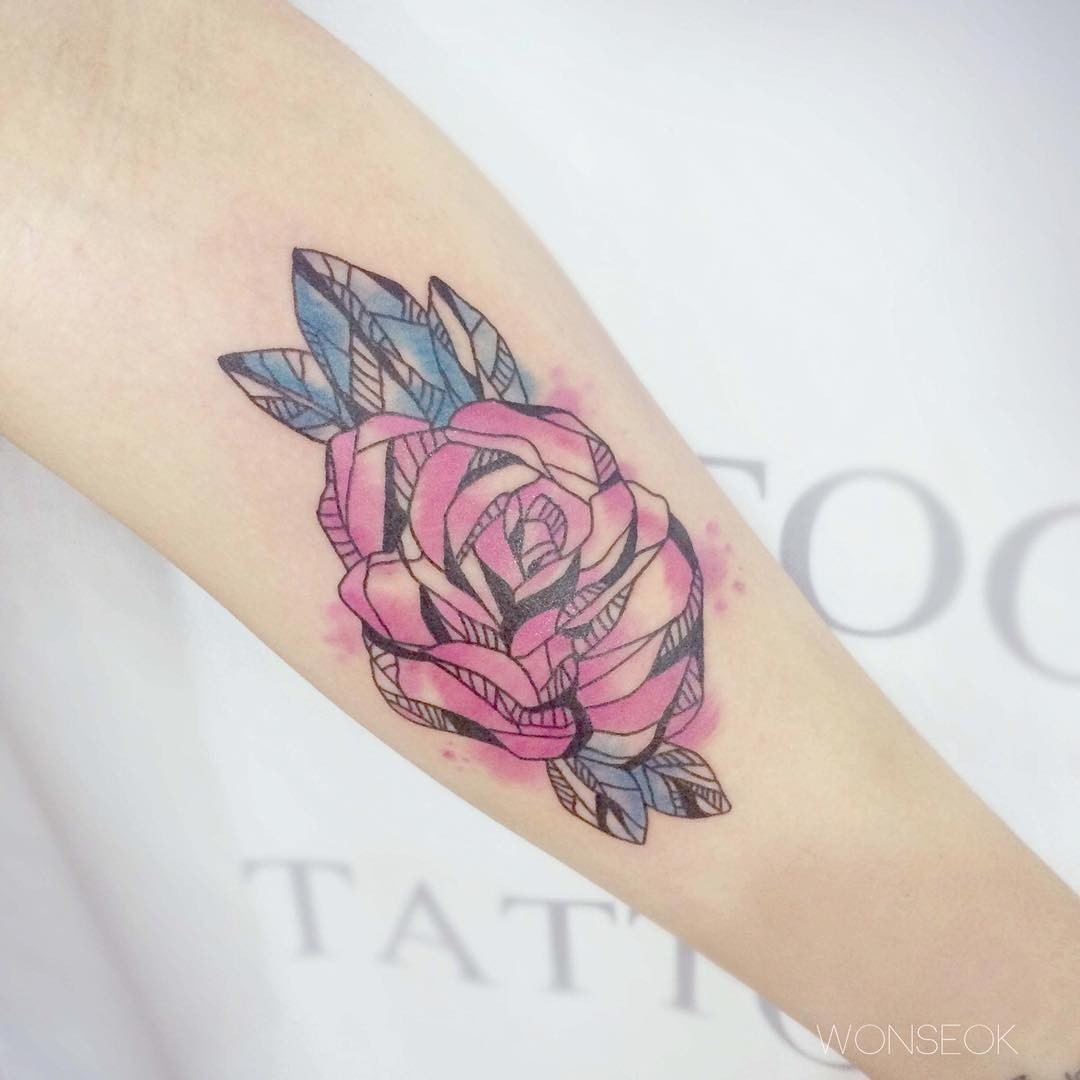 Most of his designs feature bold lines and drawings of plants, such as roses and lilies. He also updates his IG frequently with paper sketches of potential designs that may inspire your next tattoo!

6. @woolovesyou – cartoons with a kooky twist 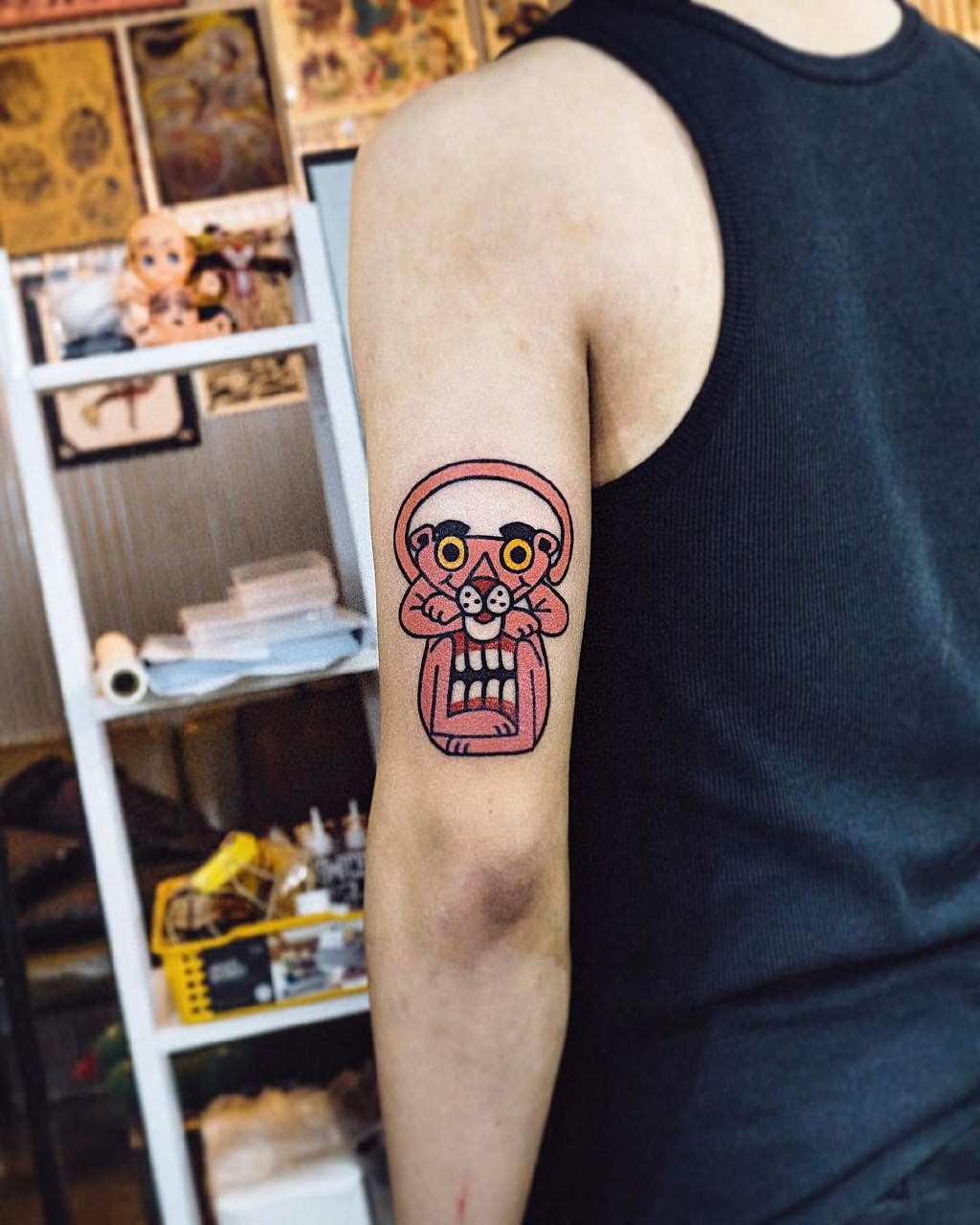 Tattooist Heo Woo Hyun, better known by his moniker @woolovesyou creates quirky tattoos that’ll have you either reacting in confusion or awe. With comedic characters like The Pink Panther contorted to take the shape of hearts and skulls, there’s a slight eeriness to his designs – and his IG feed looks like an art gallery of optical illusions. 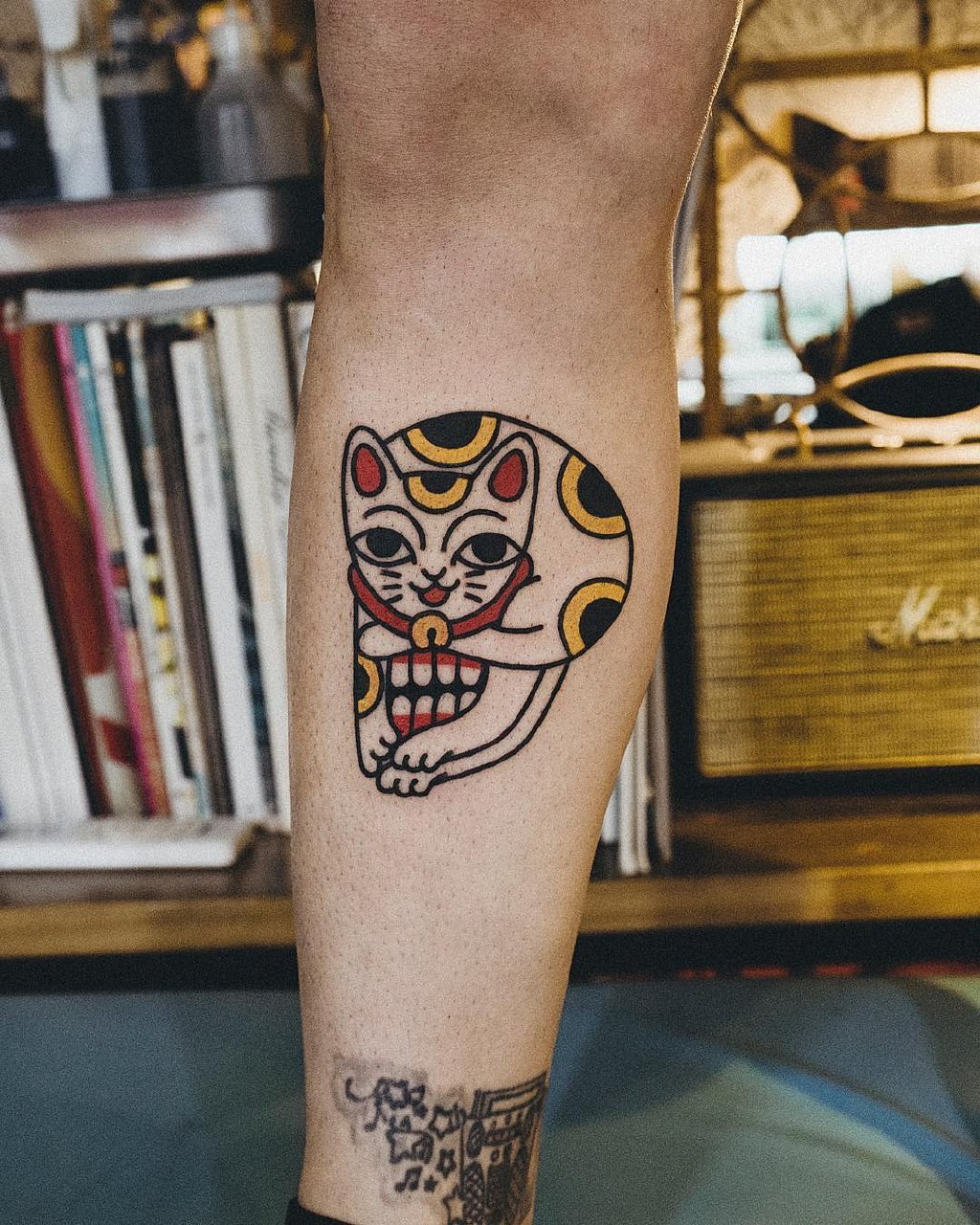 Some of his pieces have also been made into pins and patches that can be bought for 13USD (~S$18) – great for fans who love his work but don’t want the commitment of getting inked! Woo Hyun prefers bookings to be done via email, and you can contact him at heowoohyun@gmail.com. 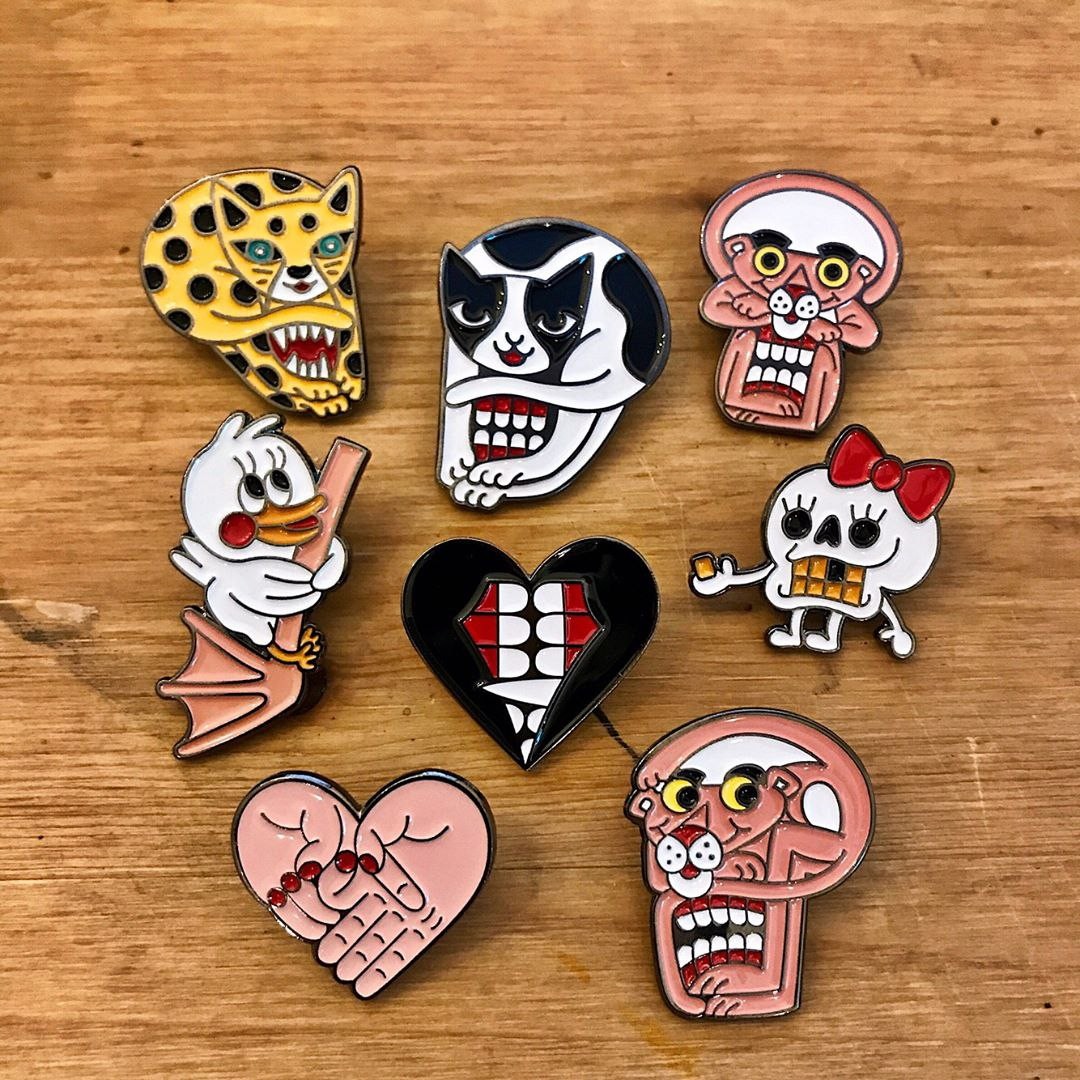 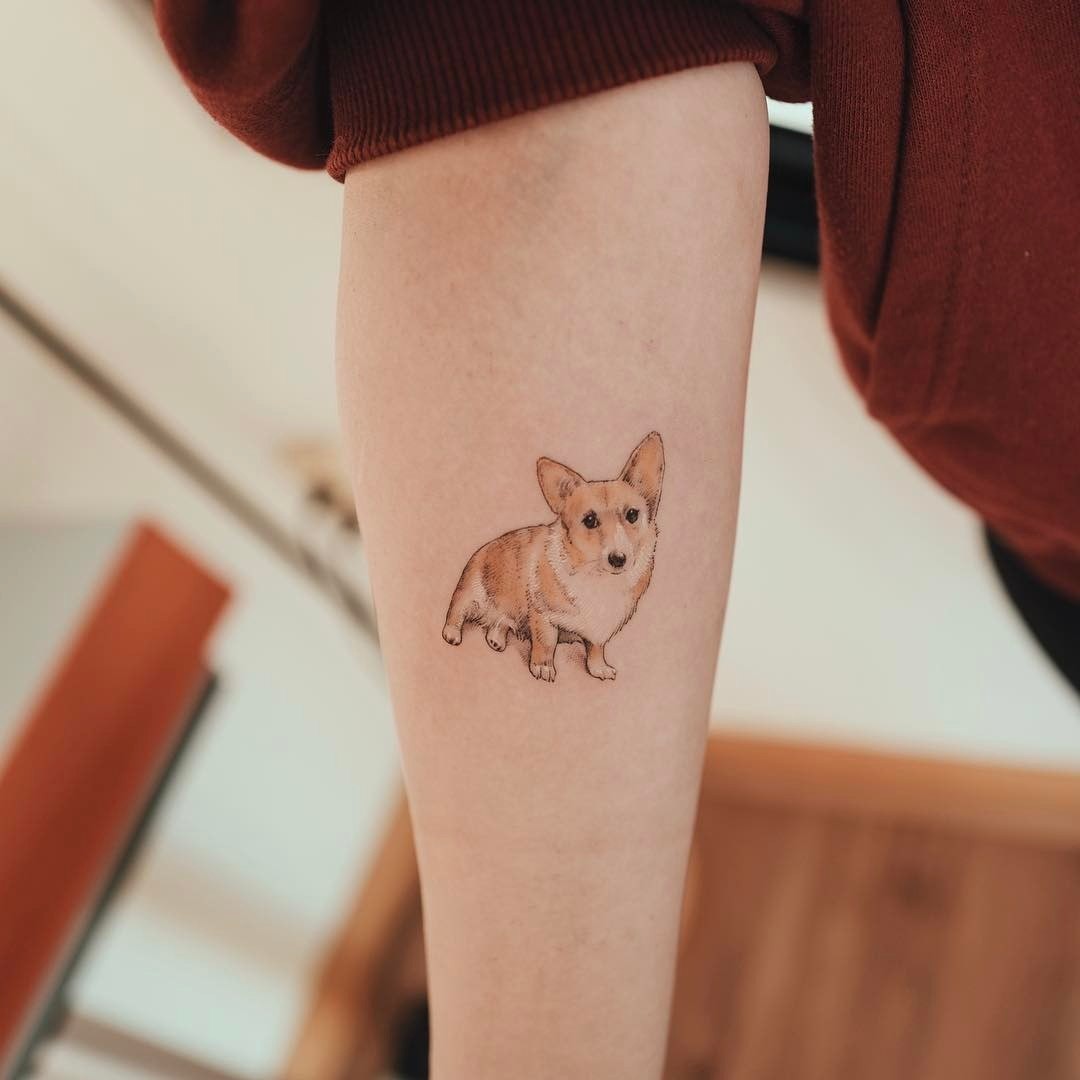 Animal lovers can immortalise their furry friends or spirit animal on their skin with @soltattoo, the most popular Korean tattooist in this list with 489K followers. His immense following speaks volumes of his skill, as well as his ability to create realistic ink portraits as well as cartoonish versions of all kinds of animals. 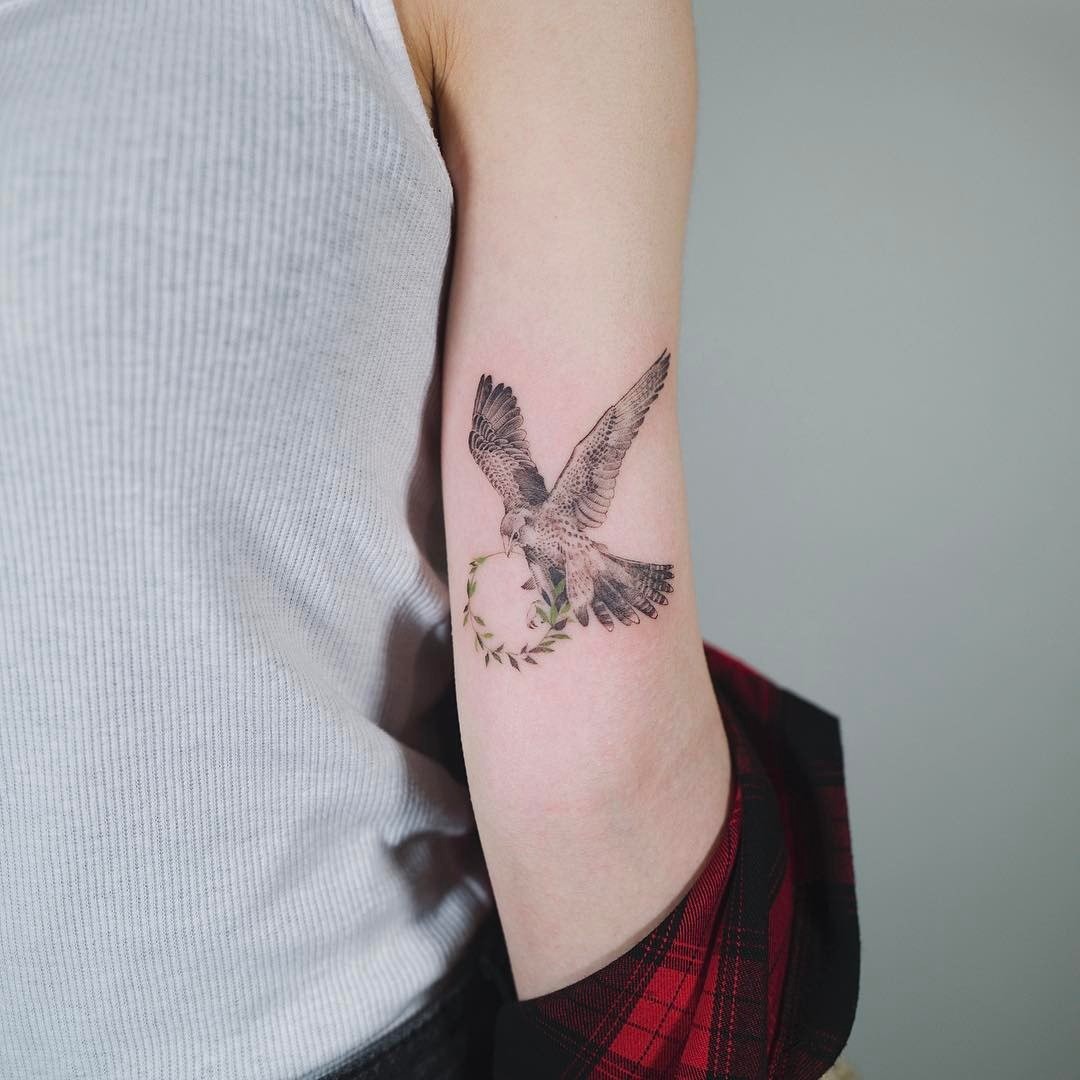 His designs consist of delicate, light strokes – and while his IG feed can double up as an animal account, he also does human portraits! 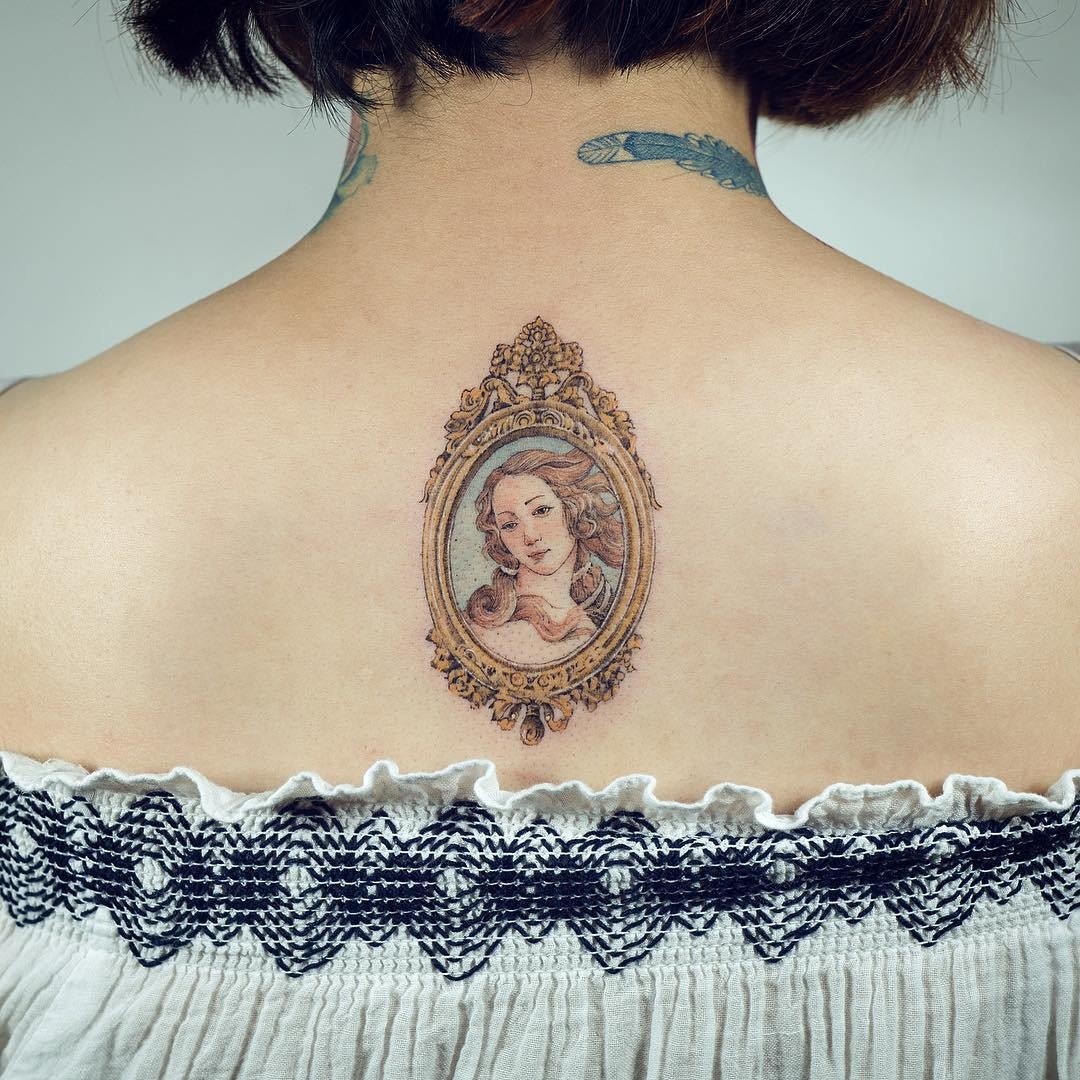 Due to his popularity, Sol Tattoo tends to be booked months in advance, so do be quick to chope an appointment. You can make a booking here in English or Korean.

Get inked in the land of Hallyu

Even if your knowledge of the Korean language may not go beyond the basic “annyeonghaseyo”, there are English-speaking tattoo artists in Seoul with different talents and techniques. With this list as a starter, go ahead and find one that suits your style and get the tatt you’ve always wanted!