All-in return flights to Europe from $800 Ask anyone planning an overseas grad trip and they’ll tell you that Europe is expensive. Unless you plan to live on a diet of instant noodles for the entire trip, be prepared to shell out at least SGD$2,000 to cover everything from airfare and accommodation to food and ancillary expenses.

Luckily, KLM Royal Dutch Airlines is here to save our bank accounts with its flash Winter Sale – from now till 21st November 2017, enjoy all-in return fares to over 10 Europe destinations from just $800!

And if you haven’t got a clue where to go, we’ve shortlisted 10 European cities included in this deal and the activities you can check off your bucket list there. 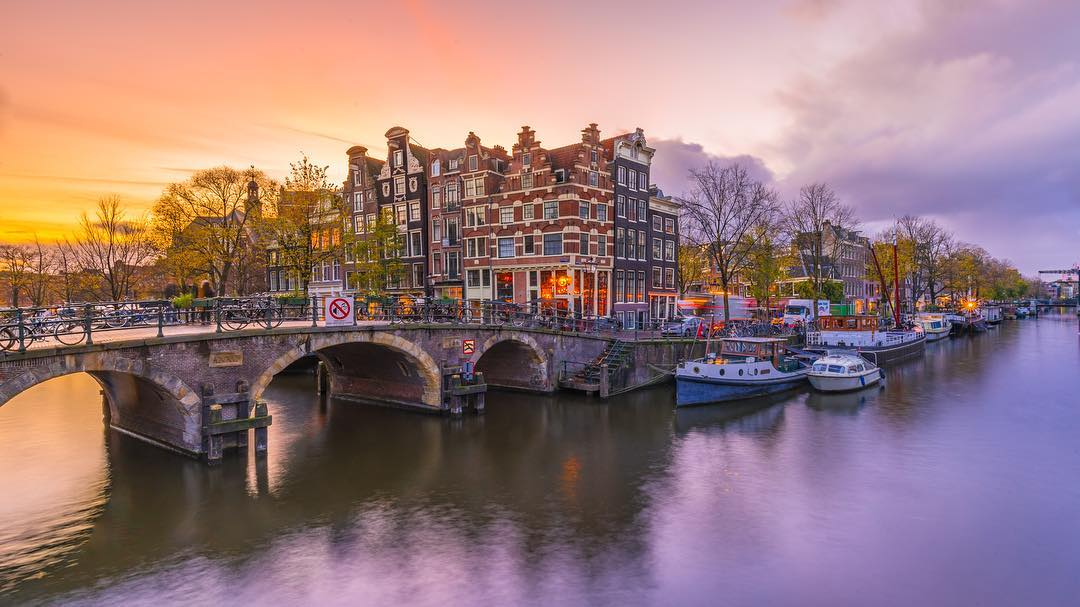 Juxtaposed against Singapore’s fast-paced, fine city, a trip to Amsterdam unlocks Pandora’s box for any first-time Singaporean – whether or not you choose to embrace the liberalism around you.  In a city where man-power trumps motor power, ditch the metro and trams for a rented bicycle that’ll get you around the city in half the time. Pop by the Rijksmuseum, the largest art museum in Netherlands for a dose of culture and a mandatory photo with the larger than life “I amsterdam” letters, then hit up Dam Square for timeless mementoes for the folks back home. It’s also the place where a sculpture of a naked child peeing will point you in the direction of the Best. Belgian. Fries. Ever. 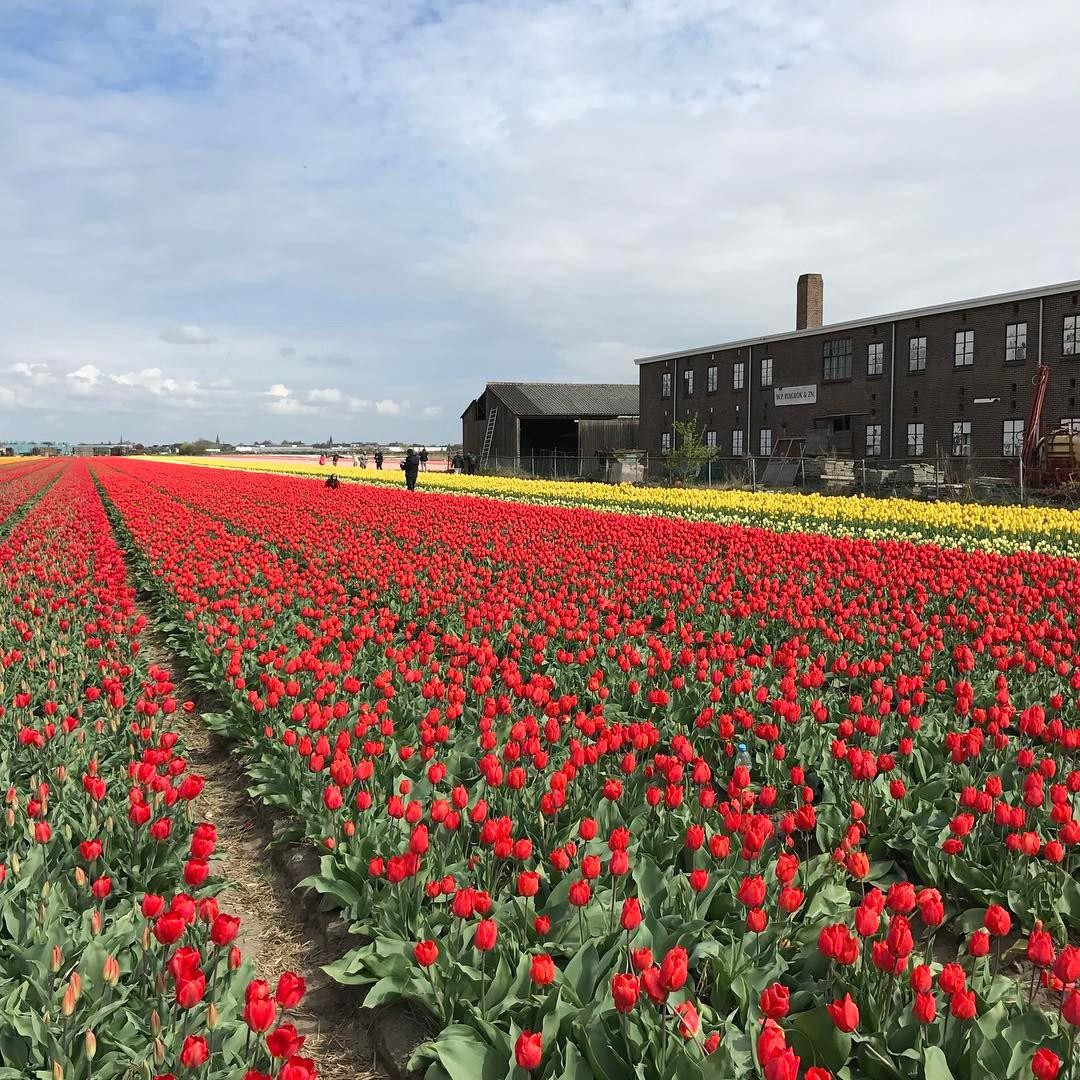 And if time permits, hop on a train and spend smelling the tulips in Holland or Lisse, just around an hour from the city. If aesthetic pics are a travel priority, then make Copenhagen your destination of choice, where a surfeit of stunning backdrops will leave you with two month’s worth of IG ammo. To add a pop of colour to your feed, the chromatic townhouses and resident sailboats on the Nyhavn Canal will do just the trick. If you’re making the trip down during the festive season, be sure to drop by Tivoli Gardens as the entire amusement park will be decked with fairy lights and festive decor, adding to its winter wonderland vibe. Besides the usual rides and art performances, you can look forward to some steaming glögg (Danish spiced wine), Danish pancakes, and classic flødeboller (chocolate-coated marshmallow treats).

Best time to visit:
May-August as the days are longer and there are fewer crowds 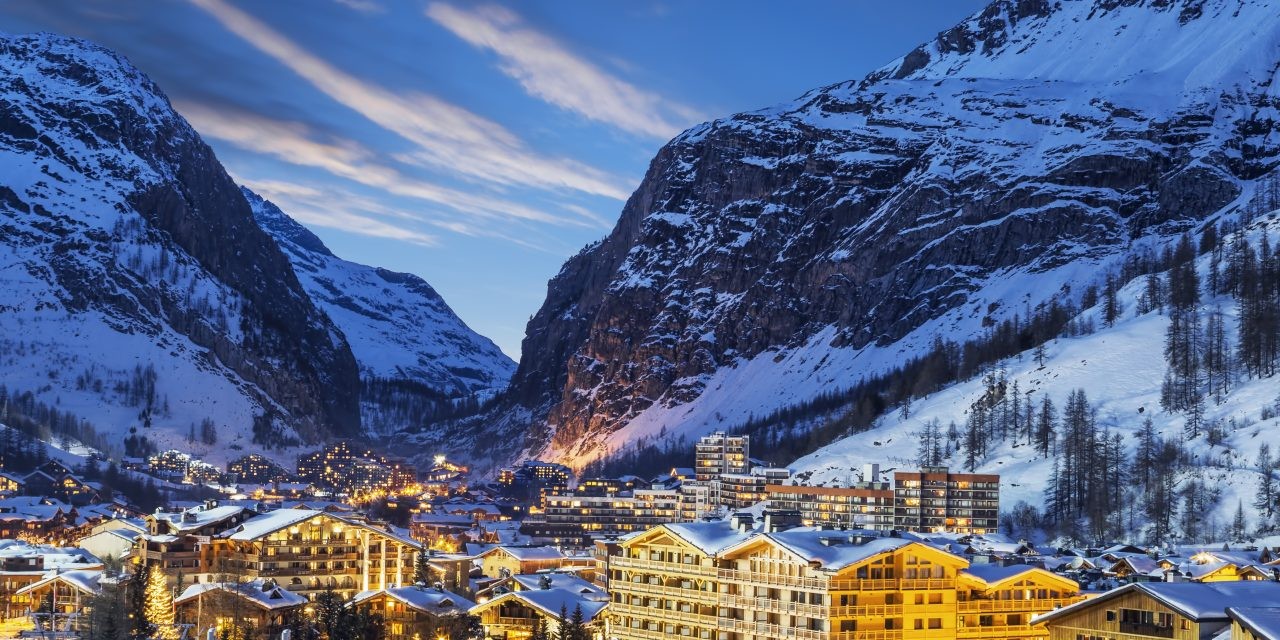 Located less than an hour away from the French Alps, Geneva is the perfect spot to set up a base camp if you’re an adrenaline junkie looking to tackle the some of the best ski slopes in the world. Just take your pick from the many idyllic ski resorts around the area. 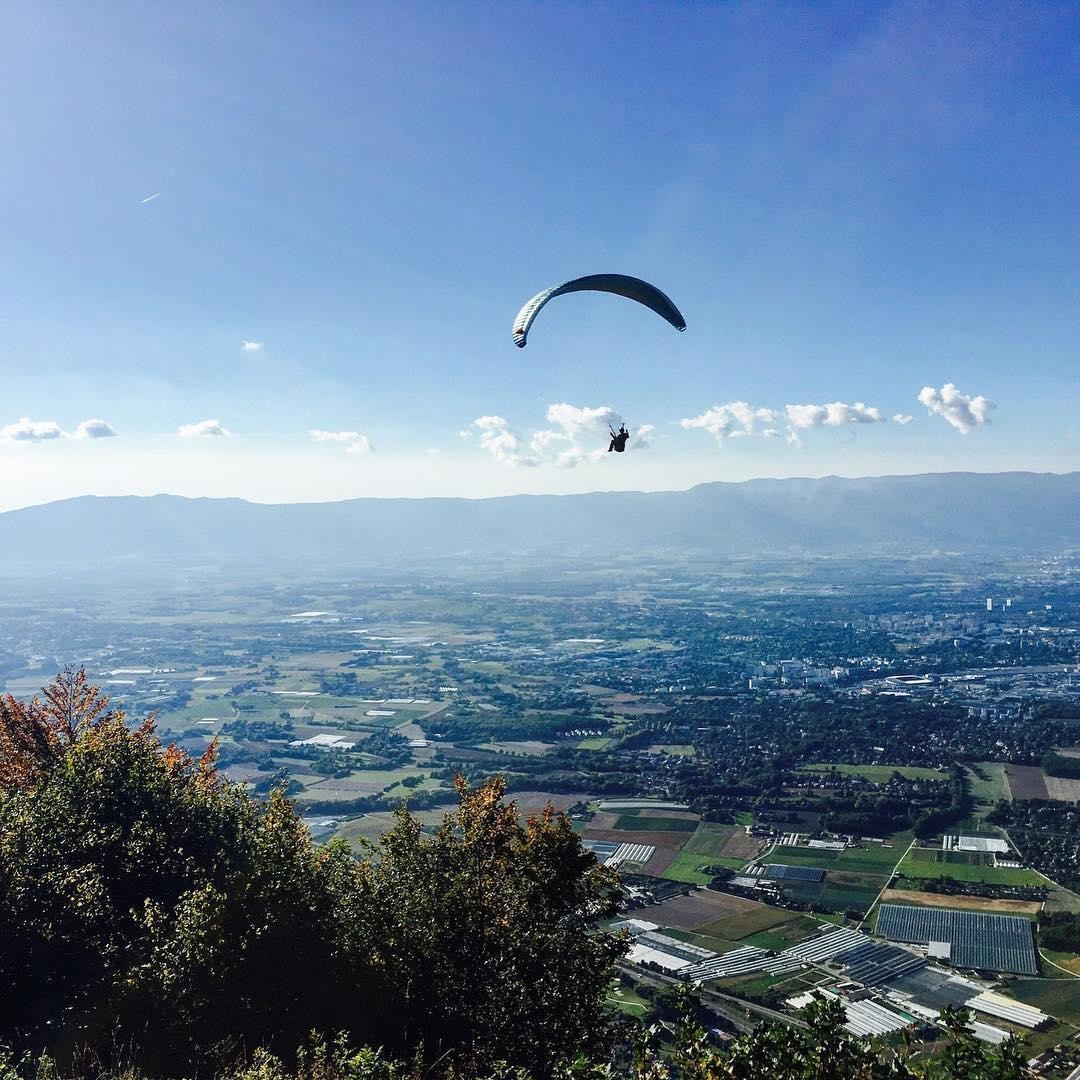 And besides skiing and snowboarding, you can also hike up Mont Salève and paraglide off it. If the idea of a 90-minute hike seems daunting, rest easy as there’s a cable car to the top. No trip to Geneva is complete without a visit to Jet d’Eau; a fountain that spews water 140 meters up into the air and conveniently one of the tallest fountains known to man. And although admiring the fountain from land is free, we recommend a boat ride from Lake Geneva for the best view of the waterworks up close. 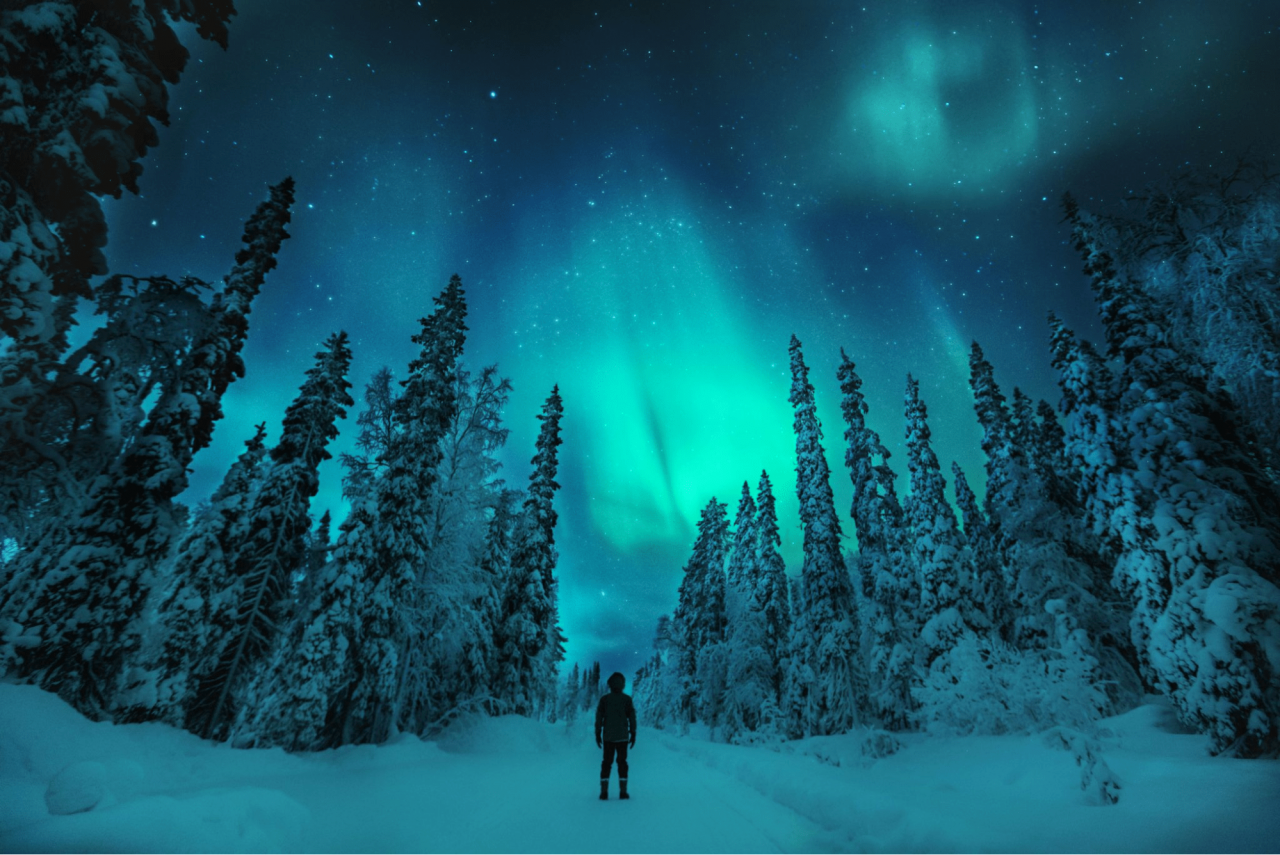 As one of the top contending cities for one to chase the mystical beauty of the Aurora Borealis (Northern Lights), Helsinki is a treasure trove just waiting to be uncovered. For once-in-a-lifetime experiences, head out of the city to the wilds of Lapland. Work up a sweat in a Finnish ice sauna, go ice swimming, and spend a night in the dream-like Kakslauttanen Arctic Resort. 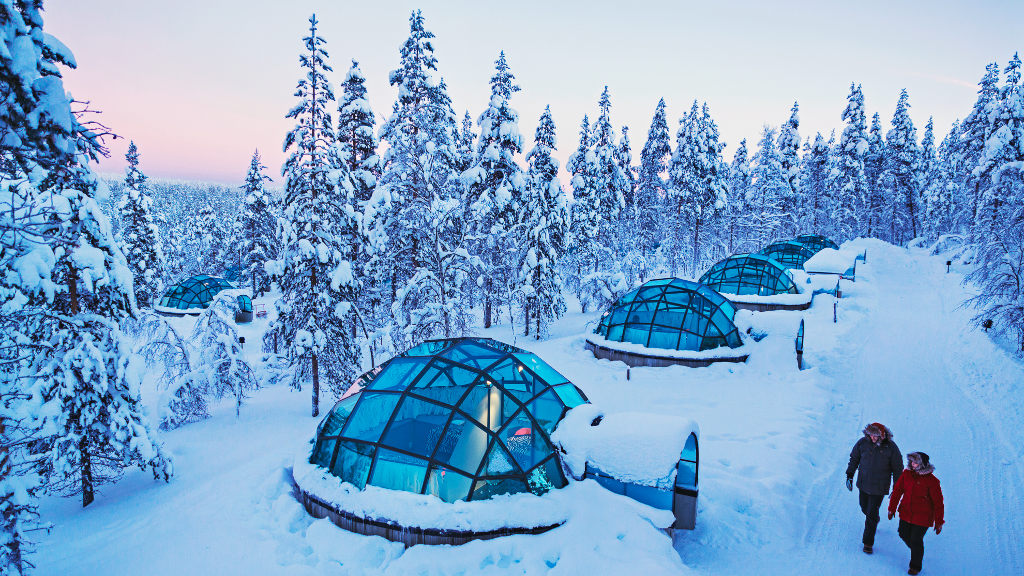 When you’ve gotten your fill of nature and the blistering cold, warm back up with city’s ancillary of quirky cafe houses and eat your way through their famed variety of street food.

Helsinki‘s archipelago is also made up of 315 islands which makes it the go-to place if you love island hopping. While conquering all the islands might be a stretch, purchase the Helsinki Card and you’ll get to travel to 3 of the islands – Vallisaari, Suomenlinna Sea Fortress, and Lonna – at discounted rates. 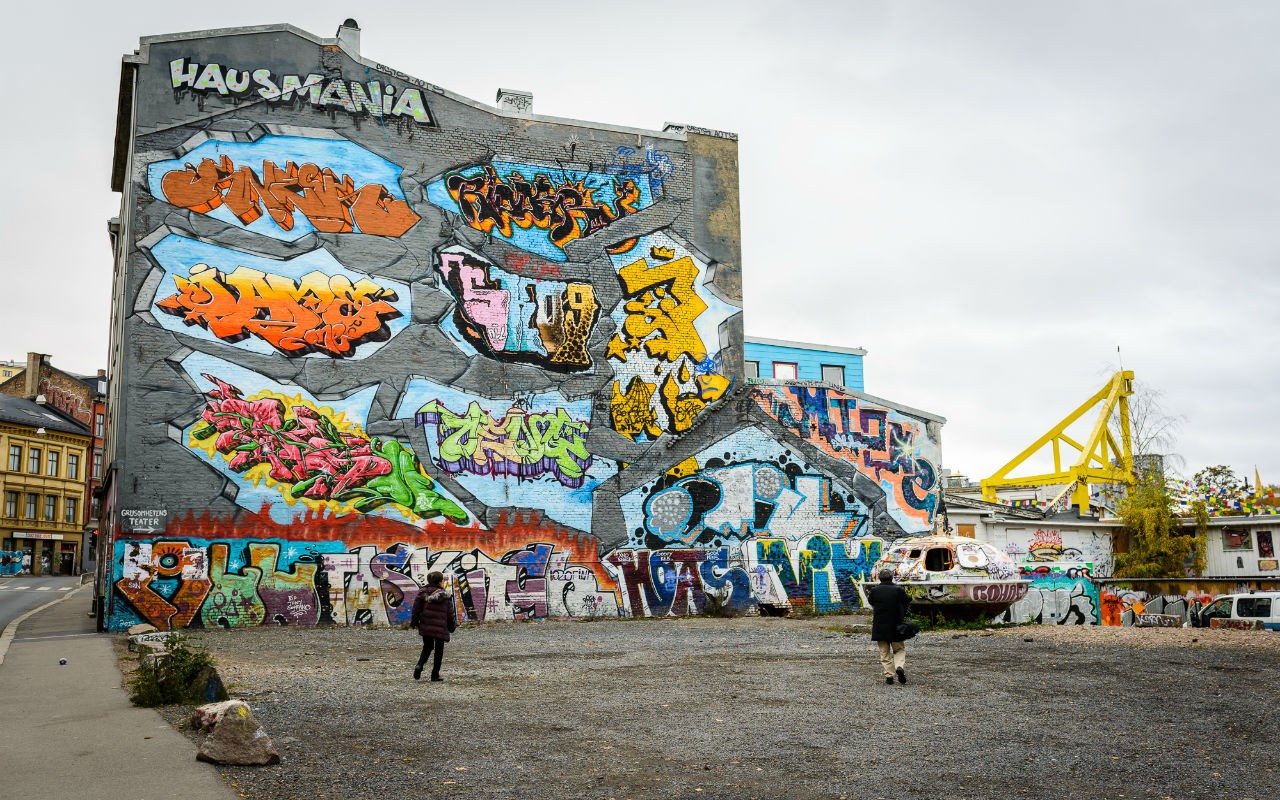 Should you get inspired, feel free to leave your mark on the surrounding graffiti walls.
Image credit: Resident Advisor

For all the indie souls out there, there’s no better place to get in touch with your artistic side than Oslo. Put Hausmania at the top of your must-visit list for a chance to witness underground artists honing their craft in one of the many ateliers and practice rooms available here. But if you’re looking to conquer all that Norway has to offer, then embark on an Oslo to Oslo self-guided round trip that’ll take you through the charming Nordic countryside, the stunning valley of Flåmsdalen, and on a cruise down the UNESCO-protected waters of Aurlandsfjord and Nærøyfjord. 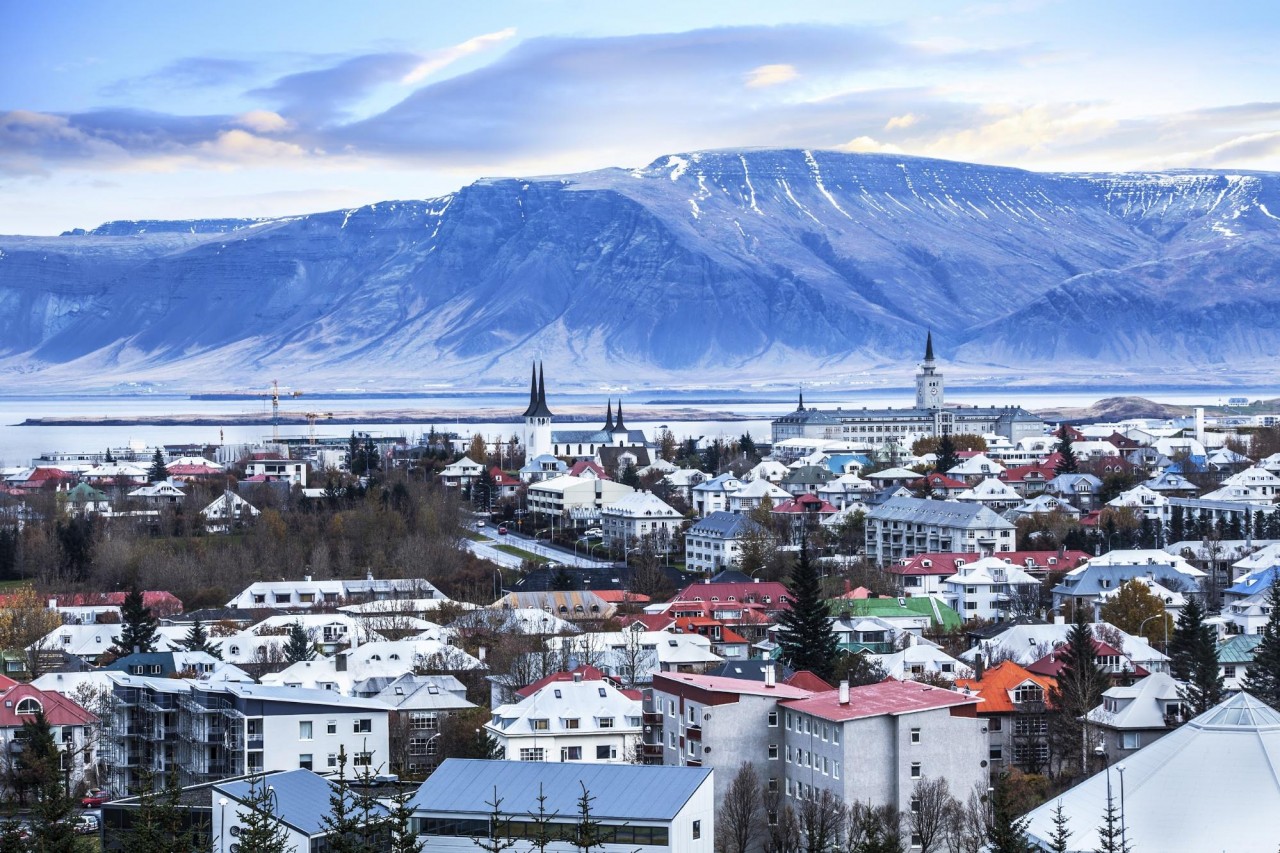 Reykjavík may not be a place that registers in our minds – or tongues – but pictures of its natural landmarks are definitely something we’ve seen. 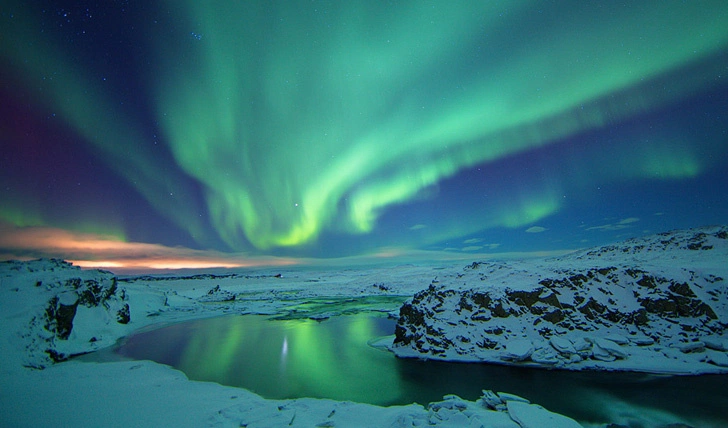 Take the Northern Lights, for instance. If basking in the aurora is something on your bucket list, come during February to March, and September to October and sign yourself up for a Northern Lights Tour that’ll realise that wish within a mere 3 hours.

Alternatively, you can head to directly to Seltjarnarnes, as the sky here is unpolluted, making it the best spot to view the lights. 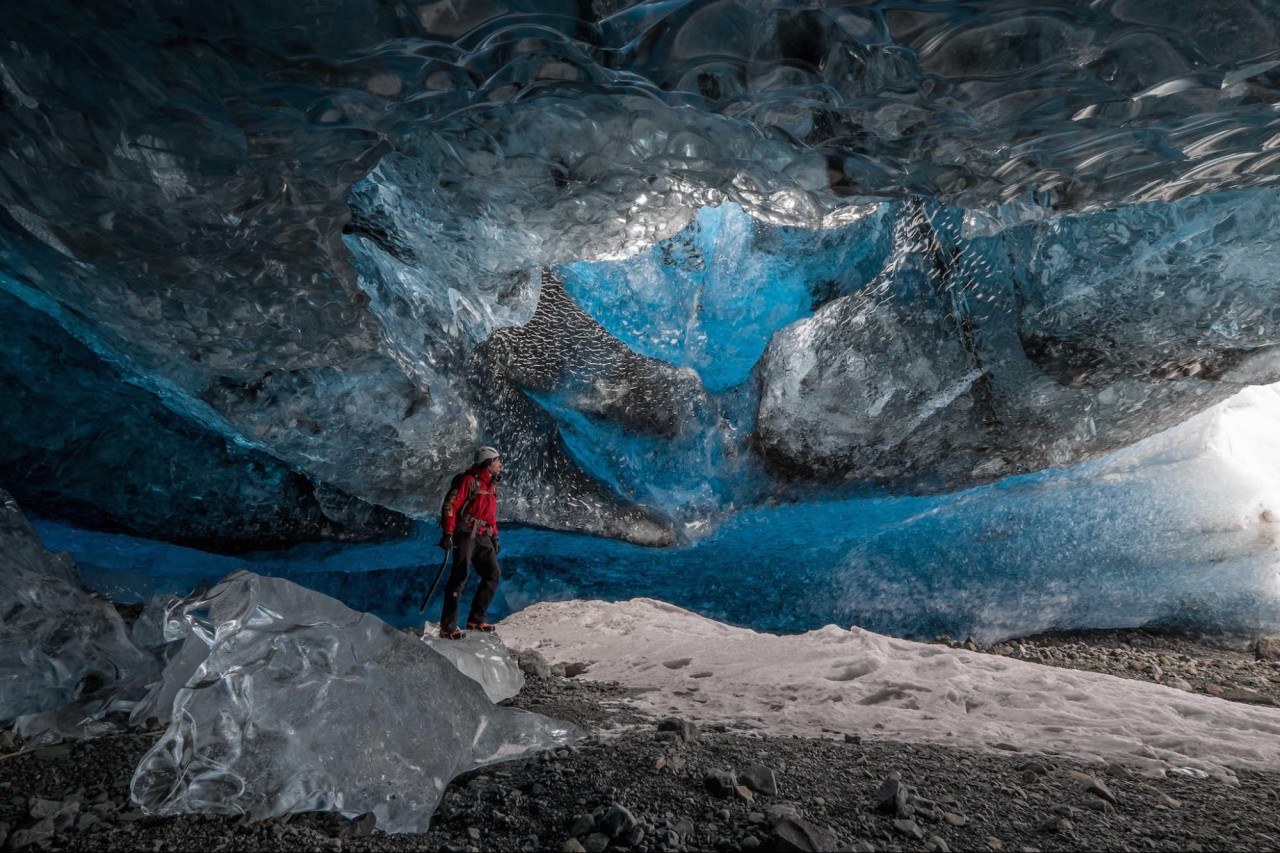 Since glaciers are impossible to come by in Singapore, don’t miss out on the chance to come face to face with these icy behemoths. Just book a glacier tour and choose from over 20 packages – some even let you scale a volcano and explore ice caves! If you’re a history buff clamouring to see vestiges of a past civilisation, make Rome your travel destination.

Relive the time of an ancient civilisation with a free walking tour of the city where you’ll start your journey on the Piazza di Spagna (Spanish Steps) with a scoop of legendary gelato before making hitting all the historic stops like from Roman Forum and the Pantheon to the world’s smallest country – Vatican City. 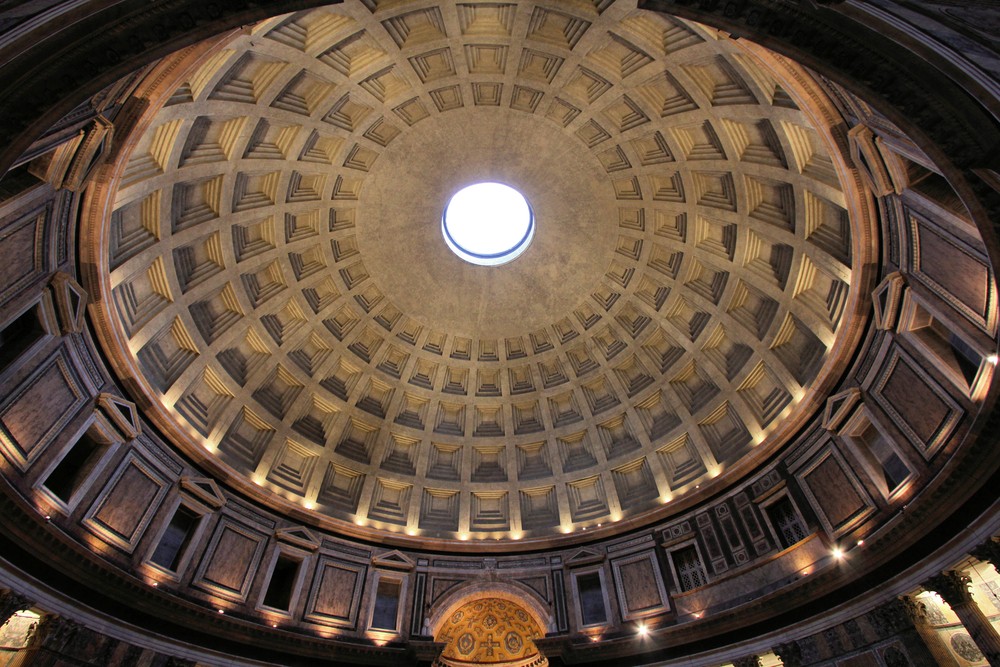 The polished stone interior of the Pantheon and the oculus at the top which serves as the place’s only natural source of light.
Image credit: Walks of Italy The Colosseum might have had a dark past as the setting for gladiator bouts but that shouldn’t deter you from visiting, as the site boasts amazing architecture that anyone can appreciate. Note that only 3,000 people can enter at a time which can cause delays. Avoid disappointment by booking your tickets online.

An overseas trip isn’t complete without some shopping and Zurich has got you covered on that front. 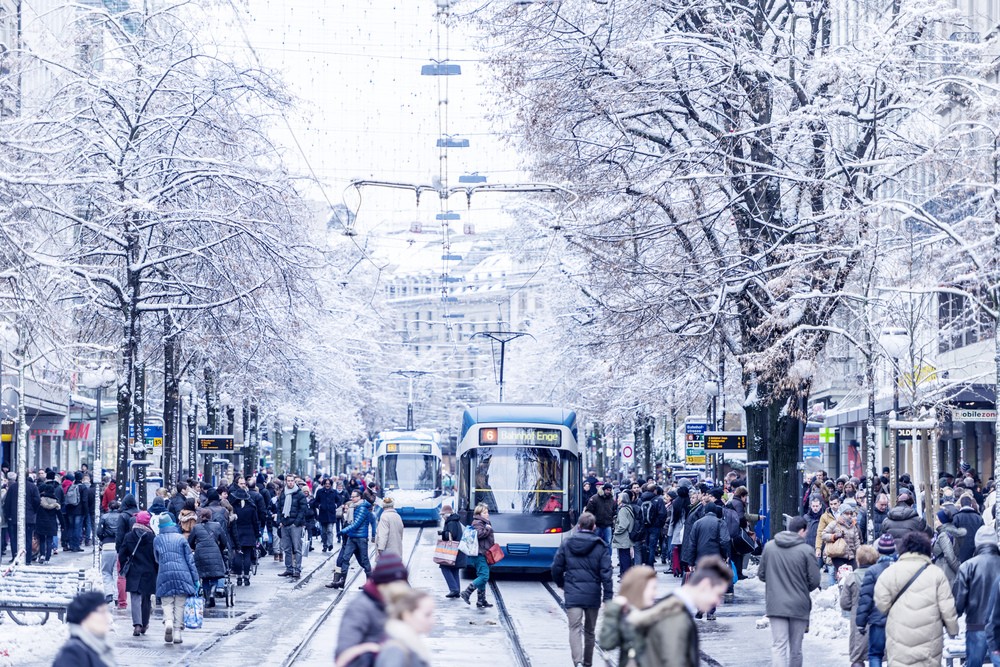 If you’re a timepiece aficionado, be sure to check out the Bahnhofstrasse as almost every watch brand can be found here, from Cartier to Casio. Don’t forget to snatch up Swiss brands like Rolex, Omega and TAG Heuer as they are cheaper with some models like the Daytona being 20% cheaper than in Singapore. 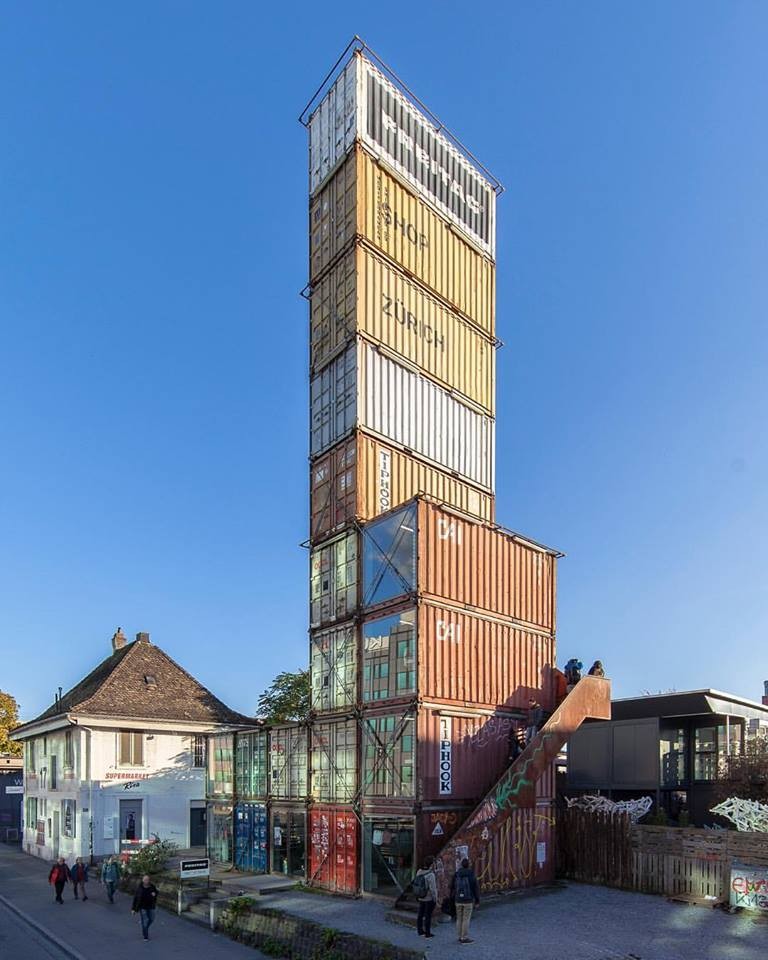 Zurich is also home to the Freitag Store – the world’s tallest shipping container store. Here, you can shop for Freitag products which are 100% made from recycled materials. Once you’re done, make your way to the top floor which has an observation deck for you to bask in the sights of the Zurich cityscape.

Best time to visit:
June – August as the weather is pleasant with temperatures averaging around 21°C

If football is more than just a “sport” to you, then sidestep London for a trip to Manchester, the birthplace of two legendary football clubs – Man United & Man City. 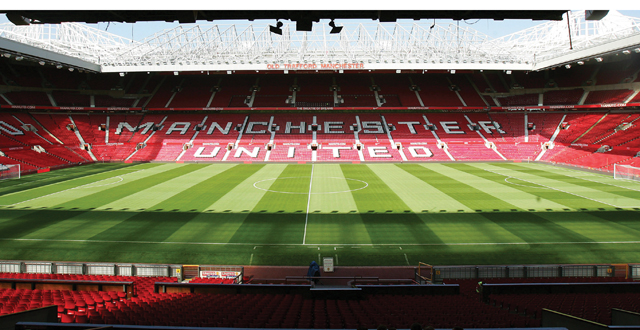 Make the Old Trafford your very first pit stop and book yourself star seats to watch the club of your dreams live in action. You’ll also be able to sign yourself up for a guided tour around the arena and pick up all sorts of football merch from their megastore – a 17,000 sq ft space dedicated to fanatics.

And to fuel up, indulge in the sheer variety of street nosh served up at The Kitchens, a cluster of “hawkers” over on Spinningfields’ Leftbank featuring 6 of Manchester’s most raved about street food vendors. Besides being “the home of football”, Manchester also houses some of the best nightlife spots in the world. Check out 42s where vodkas go for as low as £1, and the Hawaiian-themed Lola Lo Manchester serving beach-inspired nosh like the Meaty Tiki Pizza (£7.95) and the Merry Berry which is served in a Tiki mug.

Best time to visit:
June-August as the weather is pleasant and warm 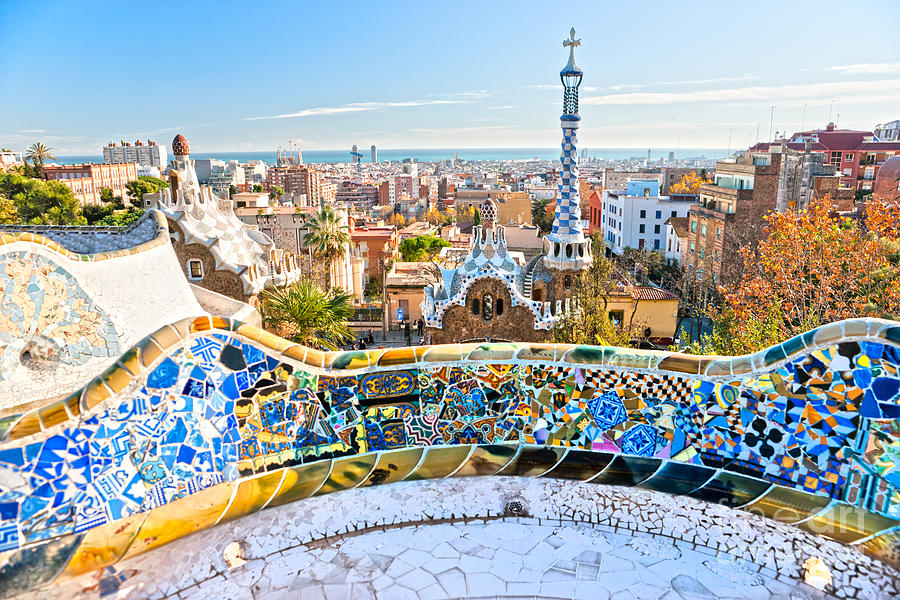 Think of Barcelona as the perfect place to score brownie points with your special someone as you traverse the country visiting romantic locales. For starters, fall in love with each other and the vibrant architecture of Park Güell – one of the city’s many architectural masterpieces. 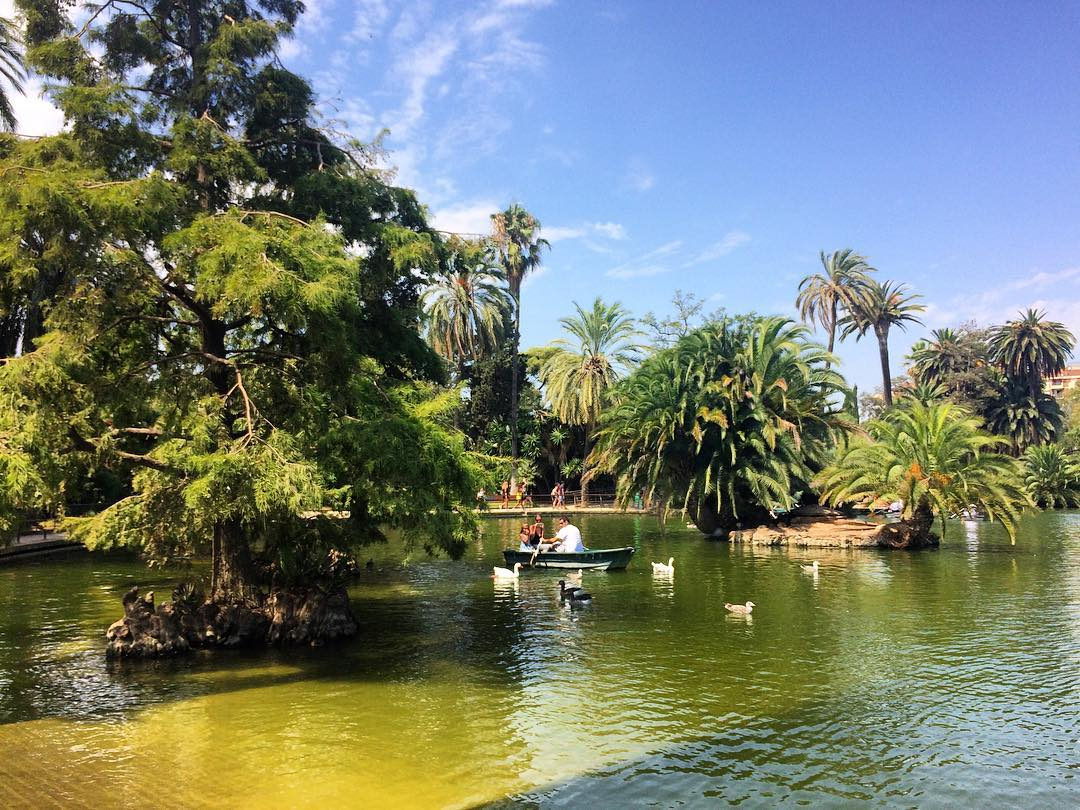 Recreate your very own lake scene from The Notebook with a serene boat ride for two across the lake at Ciutadella Park for just €6 – all while being serenaded by the park’s many musicians. Then end the night under the stars, sharing a hearty paella and treating yourselves to some of the region’s best wines!

Jet off to Europe with KLM 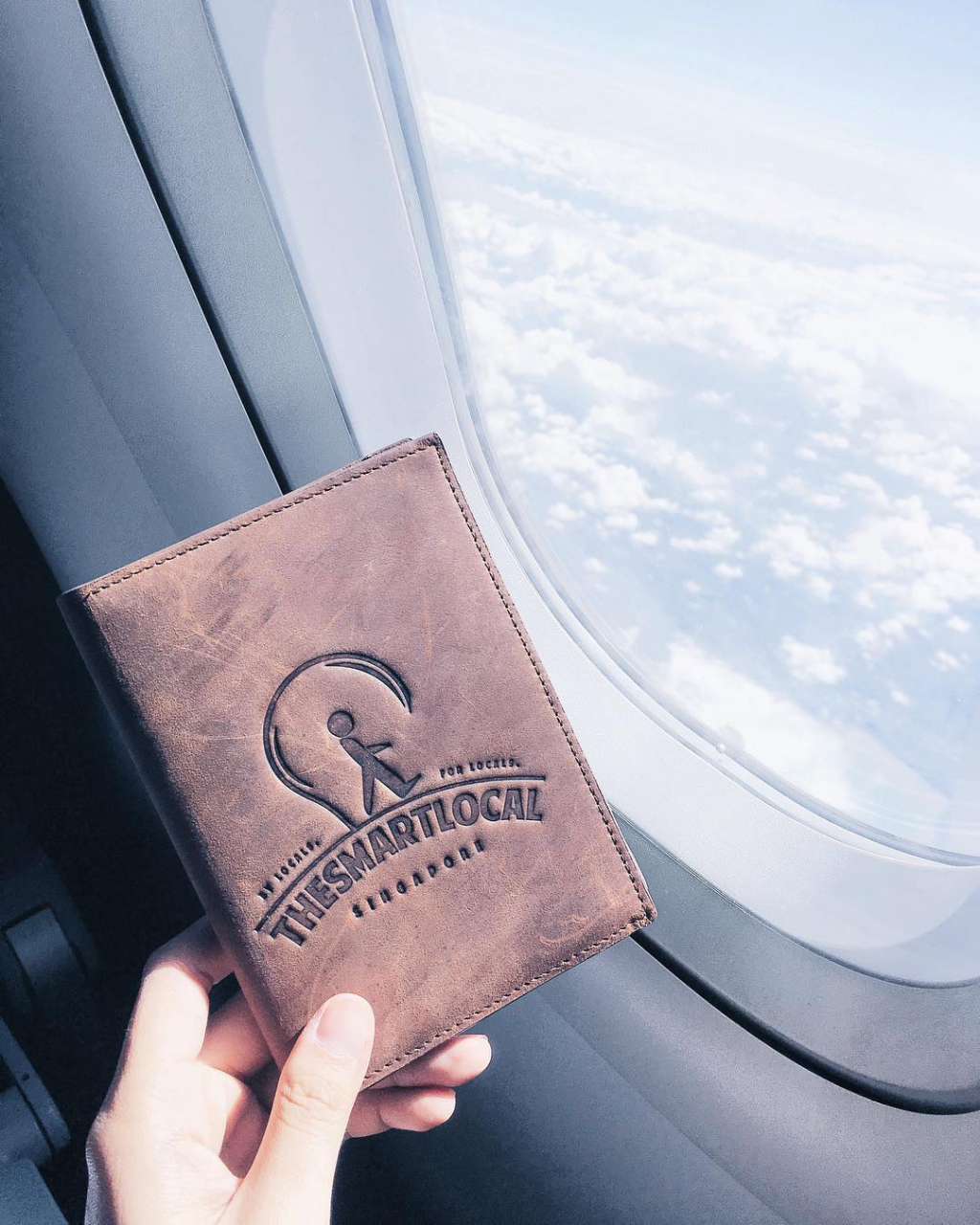 From now until 21st November 2017, KLM’s Winter Sale is letting you make that Eurotrip a reality with unbelievable return fares to these 10 cities from as low as $800 all-in!

Since the travel period is from 1st January to 30th June 2018, this is the perfect opportunity for you to plan a last-minute winter getaway or an early spring/summer break before heading back to responsibilities of everyday life. So, book now to avoid disappointment!

Click here to find out more about KLM’s Winter Sale!

This post was brought to you by KLM Royal Dutch Airlines.

10 Quirky 2018 Taobao Planners From Just $4.20 To Get You On Track For The New Year
Faber Peak Is The Hilltop Wedding Venue For Those Who Prefer Intimate Occasions