Dim Sum has been around for a long time, and so has this eatery. Jing Hua started out in Neil Road 25 years ago, and opened their second branch in Bugis in 2013. While the Neil Road outlet has kept to its traditional roots, the Bugis outlet’s décor is a fusion of modern and olden days.

They’re known not only for their authentic dim sum, but also their reasonable prices. We recently went to try a variety of their dishes at their Bugis outlet.

The Food At Jing Hua 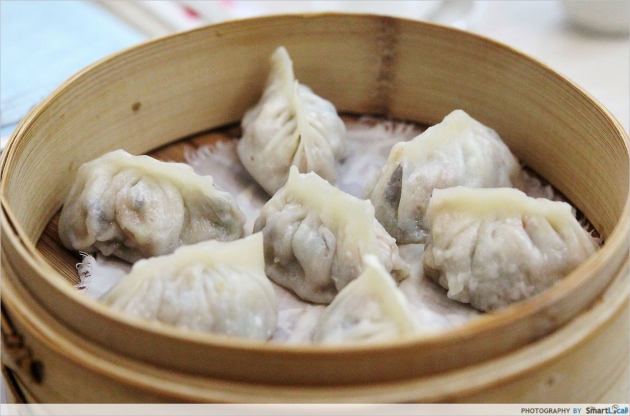 First on the menu, we had the Steamed Vegetarian Dumplings ($7 for 7). I’m not a huge fan of vegetables, but I would have believed you if you’d told me there was pork in this. The black fungus in the dumpling lent a meaty flavour to it, and the turnips, carrots and cabbage added a nice crunch. 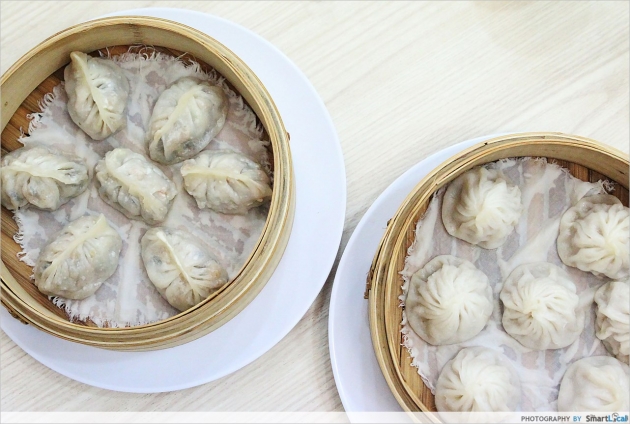 Next, we had the Xiao Long Bao ($7 for 7). We were told these are made fresh every day at the Neil Road outlet. The skin was thinner than I was used to, and hard to manoeuvre as it stuck to the spoon. Once I took my first mouthful, any qualms I had were silenced.

The soup spilled out in my mouth as I bit into it, and there was a generous amount of meat. The soup wasn’t overpowered by the taste of the meat, but rather helped bring out the flavour. Dip it in the vinegar sauce and you’re good to go. This is my new favourite xiao long bao in Singapore.

Those too busy to eat out, you’ll be glad to know that there is a takeaway option. They freeze it for you and all you have to do is steam it when you want to eat it – no need for defrosting! 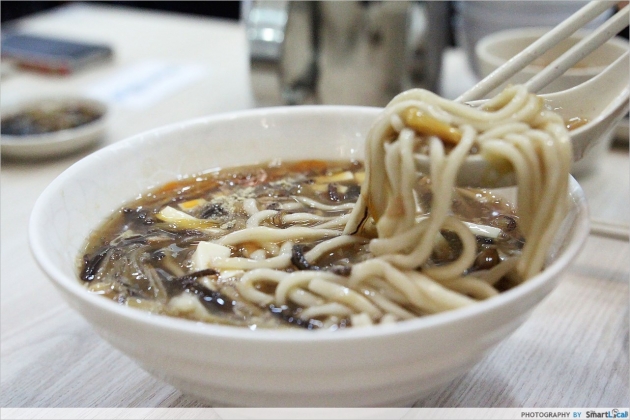 The next dish to arrive was the Hot and Sour Noodles ($5), another dish I thoroughly enjoyed. The noodles were smooth and the soup was thick but not too floury. Plus, it was just the right amount of spicy and sour. 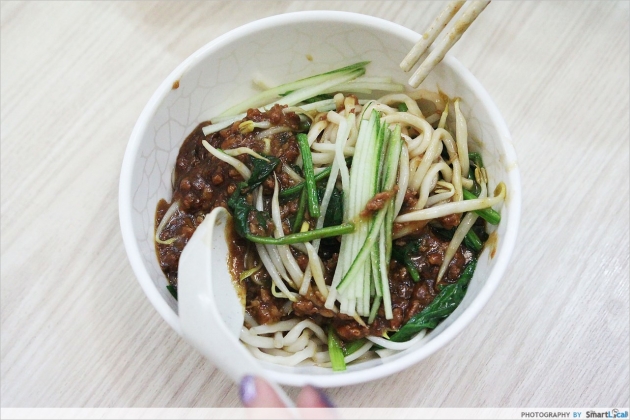 We also tried another noodle dish, their noodle with minced pork and soya bean sauce ($5). The vegetables were crisp and fresh, and the sauce was much lighter than the normal Zha Jang Mian. 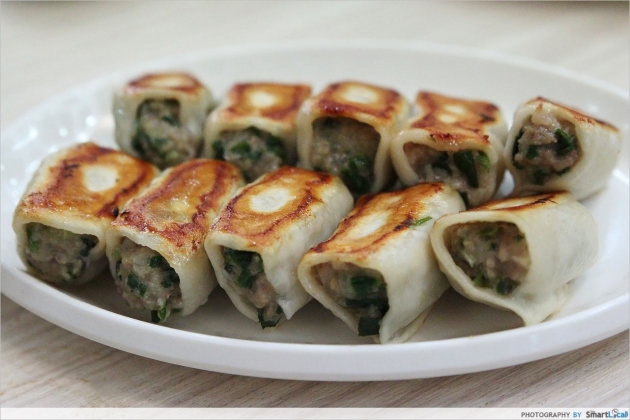 The Pan Fried Mixed Seafood and Pork Dumplings ($8 for 10) had us exclaiming over how good it smelt. Biting into it, the outside of the skin was crispy but the meat oozed juice. The chives added a nice crunch to it as well. It was similar to the gyoza style, and we were told that the late night crowd usually came in here for this paired with beer. 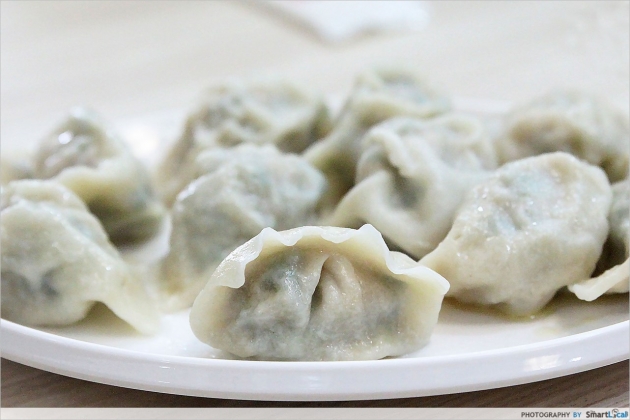 We also had the owner’s personal favourite, the Mixed Seafood and Pork Dumplings ($8 for 10). Consisting of prawn meat, crab meat and pork, this is also made fresh every day at the Neil Road outlet. This was as good as, if not better than the Xiao Long Bao. 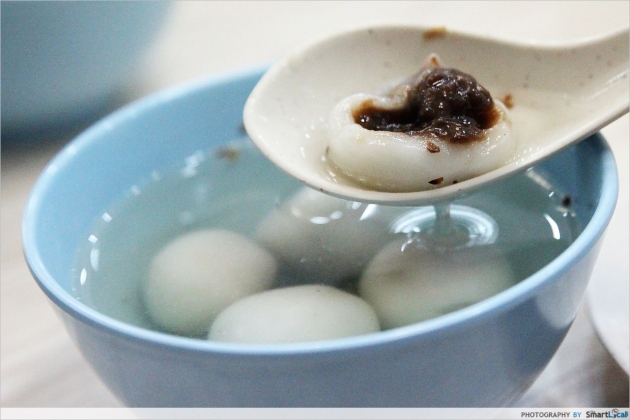 For dessert, we had the Sweet Osmanthus Flower Rice Ball Soup ($3).The soup was not too sweet, and was very refreshing. A good palate cleanser after all the food we’d had. If they made the soup into a drink, I would definitely order it. I finished every drop even though I was already quite full.

The skin of the rice balls was not too thick or chewy, and was soft and easy to bite into. Most of the fillings complemented the soup nicely, though the lotus and walnut paste didn’t appeal to me. 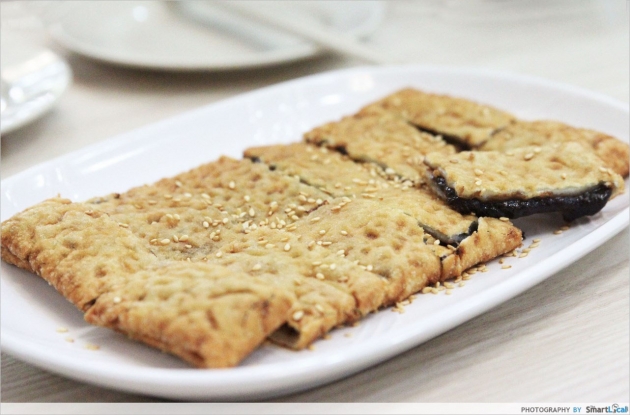 The Crispy Red Bean Pancakes ($10) took a longer time to come, because they are prepared only when they’re ordered. Trust me, it is totally worth the wait. While it was on the way to the table, the smell of roasted sesame was already calling out to me to take a bite.

Be careful though, as the red bean paste is piping hot! The exterior reminded me of a biscuit – when they say crispy, they really mean it. Past that crunchy layer is a thin layer of glutinous goodness, and then you reach the sweet paste.

Jing Hua’s recipes have been passed on and perfected over the years, and it shows in the quality of the dishes. While not as famous as places like Swee Choon or Din Tai Fung, the dim sum even surpasses the standards they have set. Both us felt that Jing Hua was a hidden gem, and one of the most underrated dim sums places in Singapore.

The restaurant is located beside Qi Ji, a short walk from Bugis Street. The signage isn’t obvious and is quite nondescript, so be sure to look out for the name on the glass door of the place!

This post was brought to you by Jing Hua Restaurant.