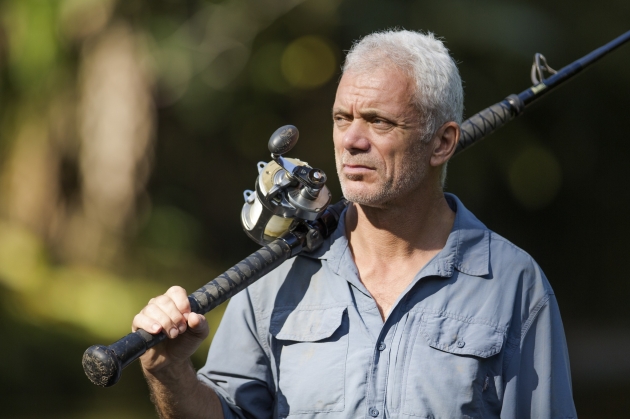 Survived a plane crash, detained as a suspected spy, caught Malaria, been threatened at gunpoint, and narrowly escaped drowning from a sinking boat – such is the life of Jeremy Wade.

Maybe it’s because we all live such sedentary lives – sitting at desks, staring at screens and allowing our lives to fall into a mundane cycle. So we can’t help being fascinated with the lives of adventurers and mavericks like Jeremy Wade, people who travel the globe to find ugly and often legendary creatures that lurk in murky waters.

Wade, a renowned angling guru, shares stories from the new season of River Monsters premiering on Tuesday. This season, he takes on man-eating monsters, electric eels, an almost 5m long anaconda and goliath catfish among others. 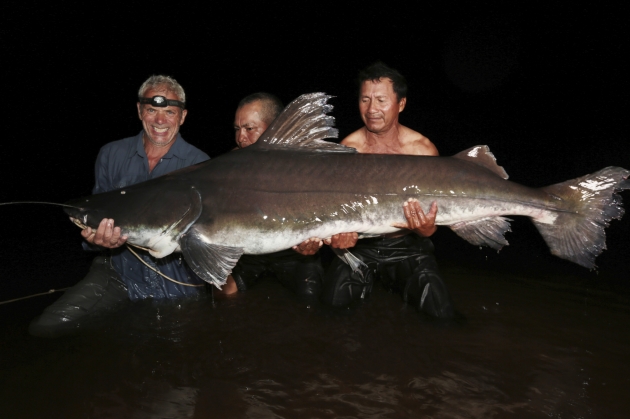 TSL: Have you done any fishing in Singapore?

Jeremy Wade: No I haven’t, but some people tell me that the Singapore River is very good. I think they’re joking!

TSL: When will you know when there’s a river monster anywhere?

Jeremy Wade: The big, impressive fishes that I catch are actually very hard to find. The thing about the programme is that because I catch something on every episode, it does give a slightly false impression and make people think that these fishes are everywhere. Actually, you really have to do your research. For most places in the world, you’re probably not gonna catch anything if you just turn up there.

TSL: How do you approach these deadly animals, especially when they are potentially unpredictable?

Jeremy Wade: The more you research, the more you realize that they are not unpredictable. Although in every programme that we do, it starts with some incident of somebody being attacked or damaged by a fish or something. Normally there is a reason for these accidents and if you understand the behaviour of a fish, that’s when you realize that it is maybe not the fish’s fault but the person’s, for actually being at the wrong place at the wrong time.

One example would be the snakehead fish in Southeast Asia, and you can also find them here in some of the reservoirs in Singapore. When most fishes breed, they produce a big number of eggs and then they just forget about them. But the snakeheads look after the eggs and the babies. The babies form a very tight shell, and the two parents will guard them.

We heard about stories in Thailand where people there tried to collect the babies to sell them, but the parents will attack people if they get too close to the babies. So if you see some snakehead babies, just don’t go near them. We met a guy in Thailand who was bitten in the foot by a snakehead. The bite was so bad that he went to the hospital to deal with it. They didn’t believe it was a fish, they thought it was a bite from a dog and gave him a rabies shot.

Jeremy Wade: My most memorable catch would have to be the Goliath Tigerfish from the Congo. It’s like a giant piranha. It’s also something that very few people know about, largely because it’s in a part of the world where outsiders rarely go, and the fish itself is quite unbelievable. It looks like something out of science fiction – the back half is like a normal fish, but its head is almost like a work of engineering and it took a very long time to catch a big one.

As with lots of things, the feeling of achievement is proportionate to the amount of work that you put in. When we filmed the big Goliath Tigerfish, it was 25 years after I first went to that part of the world and that was sort of how long it took for me to catch it.

Jeremy Wade: The river monsters are the fishes that are potentially dangerous to people and are normally big predators feeding on other animals. Sometimes there are river monsters that are quite small and piranhas are one of them. But the thing about piranhas is that there’s often a lot of them travelling together.

We also made a programme about a very thin fish called the Candiru. In the Amazon there are stories that the Candiru will swim inside people, particularly men if they are urinating in the water. It will get stuck there and the only way to remove the fish is by surgery.

It’s bad news for both the man and the fish, really.

TSL: What are the chances of urban river monsters?

Jeremy Wade: I caught some big stingrays in Thailand which were right in the middle of the town, not too far off from Bangkok. Sometimes these river monsters are in very remote places but sometimes they can be found near human populations too.

TSL: You’re 58 years old. Is your career slowing down and will this be the last season of River Monsters?

Jeremy Wade: Season 6 is definitely not the last season because I’ve already started filming for Season 7. All I can tell you so far is I have filmed one programme, I can’t tell you exactly where, but it was in Southeast Asia. Season 6 is all about the Amazon, but we are branching out again in Season 7.

Yes, I am slowing down. I don’t know if I am physically capable of going to the Congo again for example. The Congo is just a very demanding place to go – there’s no infrastructure and you have to be completely self-sufficient. The list of big fish in rivers is not a very long list and we’ve done most of them, and occasionally we revisit the same species with a different angle. So I can’t say now which will come first – running out of material or me becoming incapable of going to these places. But we certainly have enough material for another season. 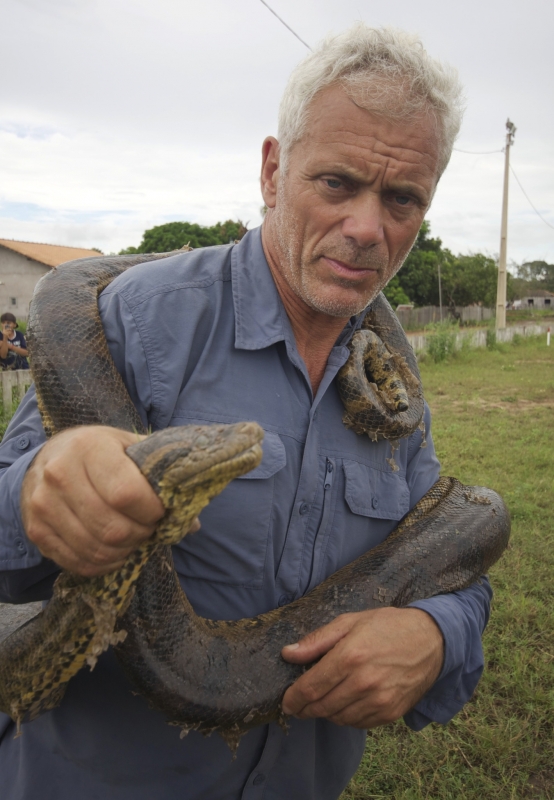 0
SHARES
ShareTweet
The Top 10 Things to do in Surabaya, Indonesia
5 Malaysian Road Trip Adventures for Singaporeans