About The Escape Hunt Experience

The Escape Hunt Experience is not your typical activity – particularly if you’re a claustrophobe. Being stuck in an enclosed area with one hour to find a way out would have been nobody’s idea of fun. That is, till an enterprising Singaporean experienced it in Bangkok and loved it so much that he brought it over to our sunny shores.

The Escape Hunt Experience opened in May 2014, and a clue to what makes it different from the competition is in its name. The décor, the tea they serve, and the outfits the gamemasters don all bring to life the Sherlock theme from the second you step through their doors. Over here, it’s about the experience.

With Escape Rooms fast gaining traction in Singapore, the TSL team was raring to give this a go.

Having gone down in a large group, we were split into two teams. The Bomb in the Cellar is the most popular room at Escape Hunt, and was the room we had to escape from. Stepping into the playing area transported us into the Victorian era, complete with embroidered upholstery sofas and lamps.

Escape Hunt offers a competitive element to spice things up, which isn’t always available in other Escape Rooms. Both our teams went into separate rooms that were mirror images of each other, and raced to see which team could escape first. 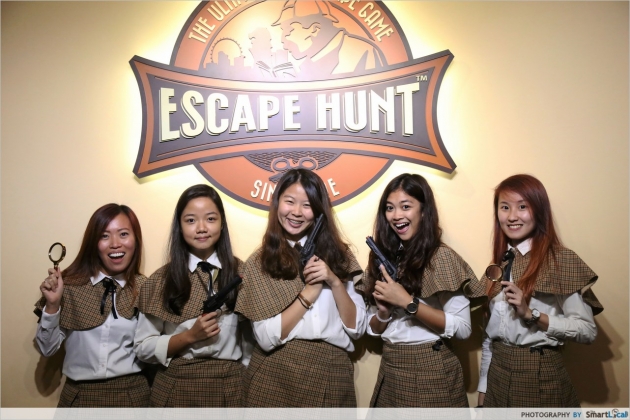 Our gamemaster was dressed in a cute Sherlock-esque outfit as she explained the rules. She was very patient and friendly, and cautioned us against getting a shock when she entered the room to give us our clue, which was considerate!

I won’t tell you about what was in the room so you can experience it for yourself, but it was a fun team-bonding activity. You have to really use your brain juices, and everyone has to work together if you want to escape within an hour.

One downside was that we went in groups of six and seven, so it was difficult to crowd around the puzzles while solving them. For optimal team bonding, I suggest groups of 4-5 for it to be fun for everyone.

I’m happy to say that both TSL teams escaped in under one hour. My team took 47 minutes, inclusive of the 1 minute penalty for asking for a hint, while the other team took 53 minutes. I appreciated how encouraging the game-master was. After announcing our results, she went on to explain the average time people take to escape, and told the team that took a longer time that they shouldn’t be disheartened because they were still faster than normal. 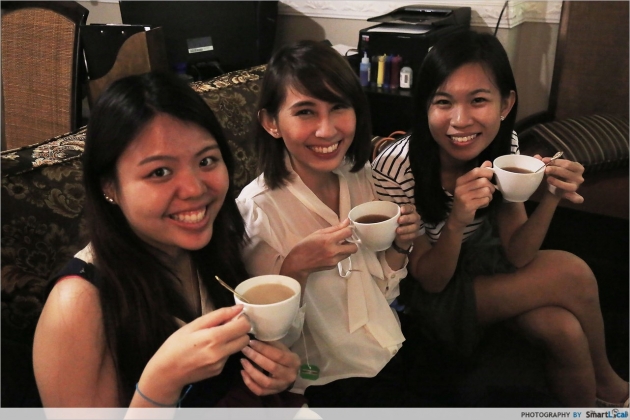 While waiting for the other team to emerge, we were served hot tea and biscuits. It was reminiscent of a typical English teatime. After that, it was picture-taking time.

There were props for us to play around with, and everyone got the choice of wearing a cape, hat, or skirt. Unfortunately none of the guys picked that last option! The skirt was wraparound and easy to wear and adjust, and the facilitators helped all of us to wear our capes and hats, so we looked every inch the photogenic detectives.

Activities like The Escape Hunt Experience are good alternatives to watching movies, bowling, and karaoke. It’s different from a typical outing, and you have to work together to solve the puzzles so it’s a good bonding experience, either for friends or corporate events. 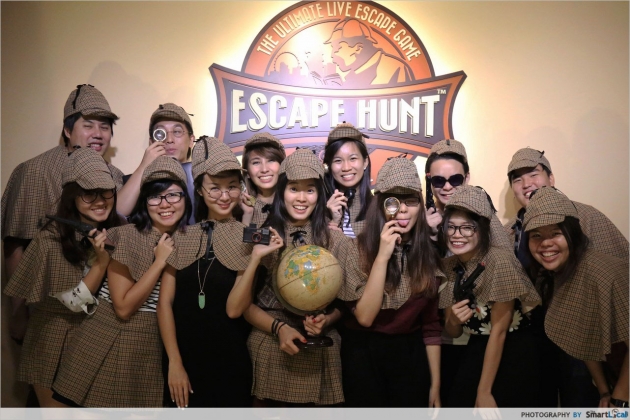 Getting To Escape Hunt 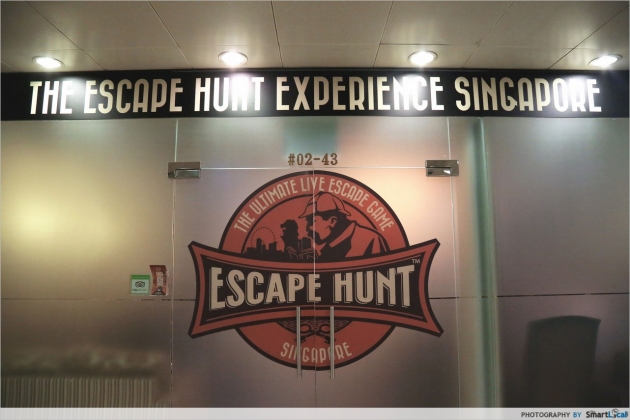 Head down to 100 Orchard Road, #02-43 Concorde Hotel & Shopping Mall to check them out for yourself. Alternatively, find out more about their different rooms and promotions at their website or their Facebook page. Prices start from $76 to $140 per room, and your group will have exclusive usage of the room.

You can also make bookings here.

This post was brought to you by Escape Hunt Singapore.

16
SHARES
ShareTweet
The History of Singapore: Lessons by the Dim Sum Dollies
My Bioskin Experience - How I Got Younger Looking Skin In 10 Days!