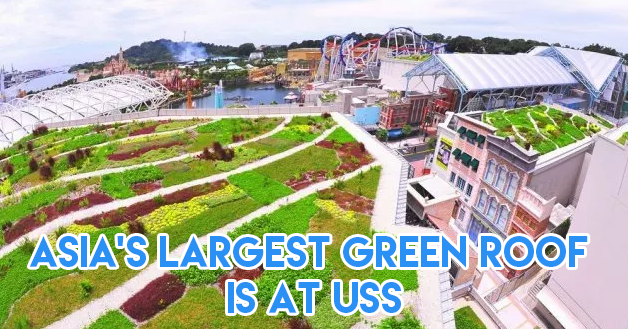 Ask your parents, grandparents, or any significantly older relative and they’ll easily tell you that Singapore didn’t always have it this good. And while the 90s kids complain about frequent MRT breakdowns and lapses in data connectivity, our folks had to deal with a whole lot worse – a lack of housing and a huge economic crisis.

We’re so used to the comforts of everyday living, that we seldom stop to think about the effort that goes into making our country run so smoothly. From advancements like bioswales to an energy-saving ‘sleep mode’ function in lifts and elevators, here are 7 engineering works of genius you should take note of the next time you head out: 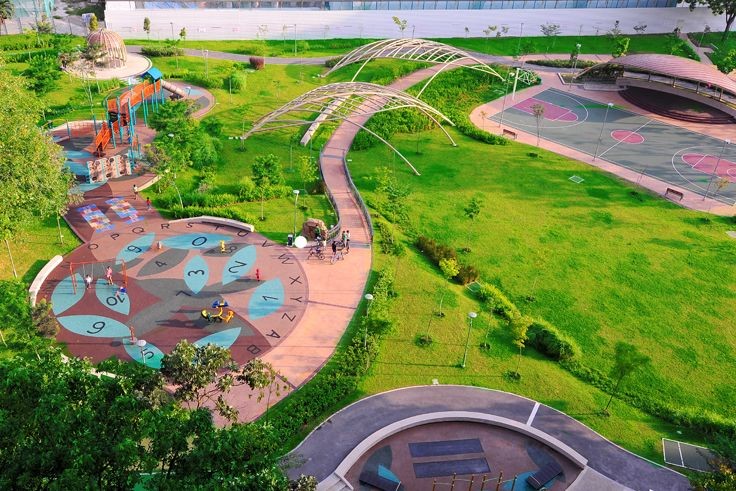 We see a whole lot of drains on our streets, but when it comes to our newer parks and outdoor recreational spaces, the difficulty of spotting them is comparable to working your way through a page of Finding Wally. And no, this isn’t pure coincidence – to keep the park green, engineers have replaced our conventional drains with Bioswales, an urban landscape feature where run-off rainwater in the park is collected and processed via vegetation! 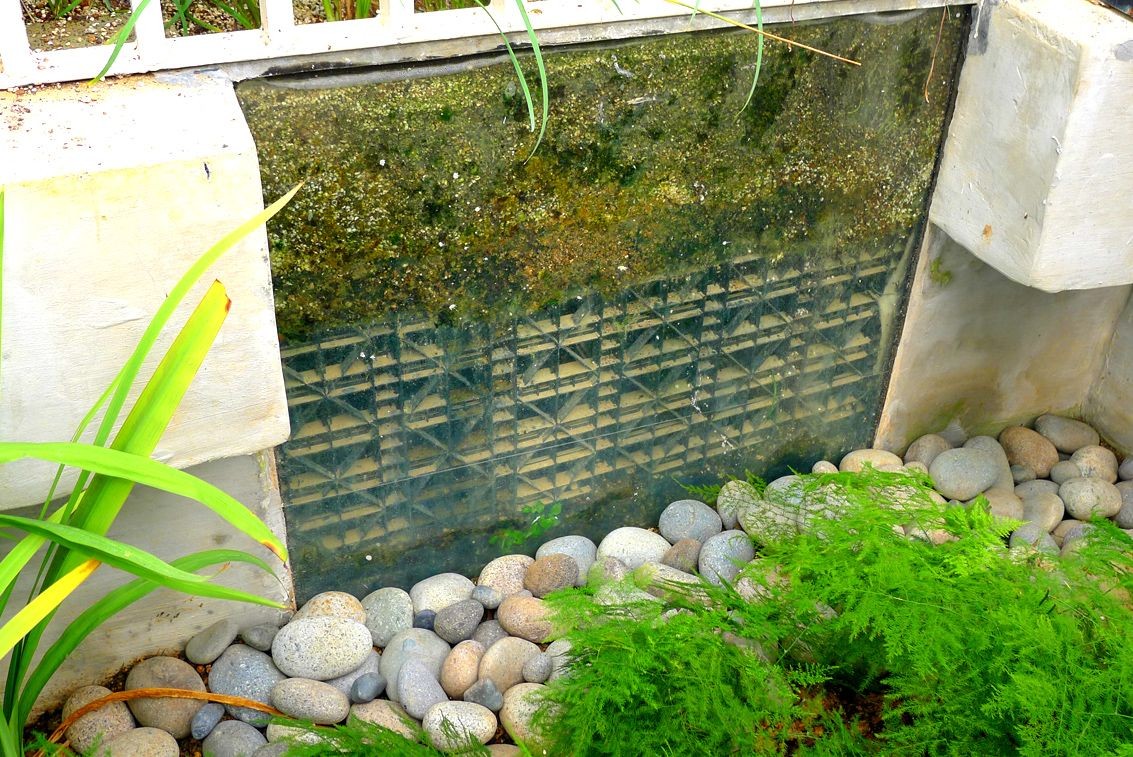 Not only do they improve aesthetics, these nifty little filtration systems work to prevent pollution of our drainage systems through the use of VersiTanks, which are installed in areas where rainwater usually pools. They’re then layered with coarse sand and geotextile, a fabric which only allows liquid to seep through – all in efforts to prevent pollution of our drainage system. 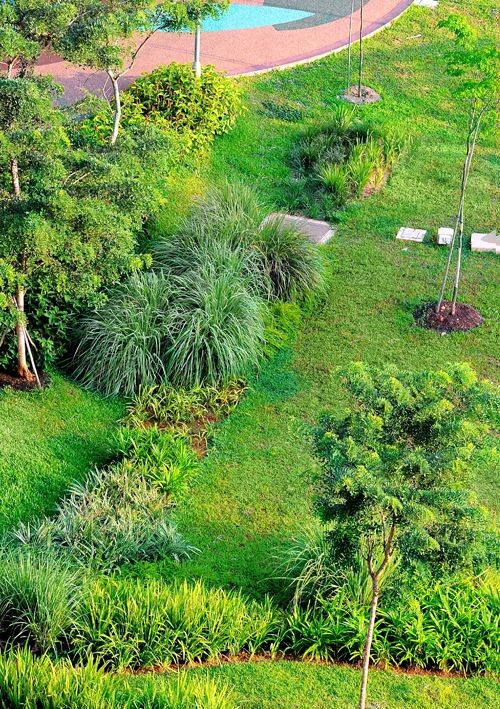 With all that’s happening down under, you may think that the plants placed are just decorative cherries on top, and that’s where you’re wrong – they also function as additional filters!

This process of Phytoremediation helps to remove contamination from water. And the people behind it all? We’ve to thank our engineers for all the hard work they’ve put into improving the design and building of community infrastructures to tackle environmental issues.

Most of us can stake a claim to having been to Universal Studio Singapore (USS), but their expansive green roof is a feature that most of us seem to have overlooked in favour of exhilarating rides. 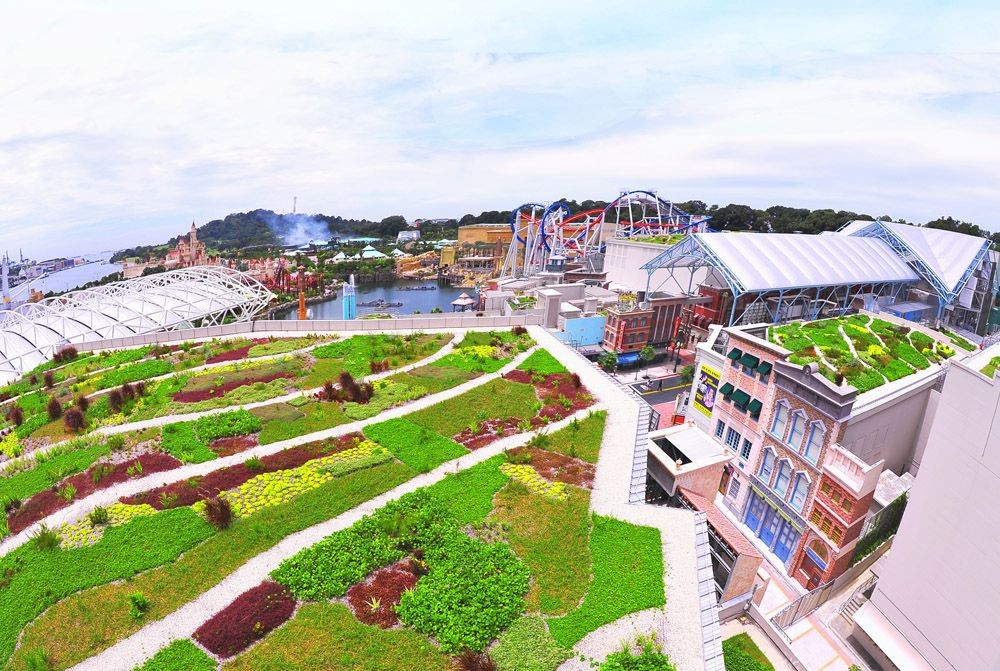 Not just installed for the purpose of adding to the view from the cable cars and their rollercoasters, the entire green roof and its plants work as an insulating shield against Singapore’s sweltering heat, cooling the interior of their building and the park itself. 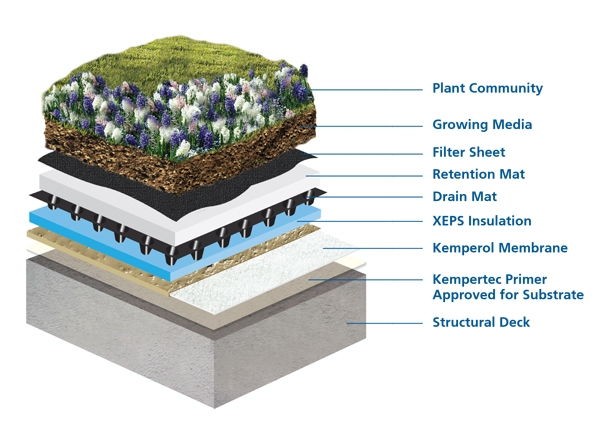 How the green roof functions as a “waterproof membrane”
Image credit: Kemper System

And more than that, they have two other important functions – soundproofing the “Lights, Camera, Action!™ by Steven Spielberg” studio and acting as a “waterproof membrane” to prevent the USS roofs from rotting. 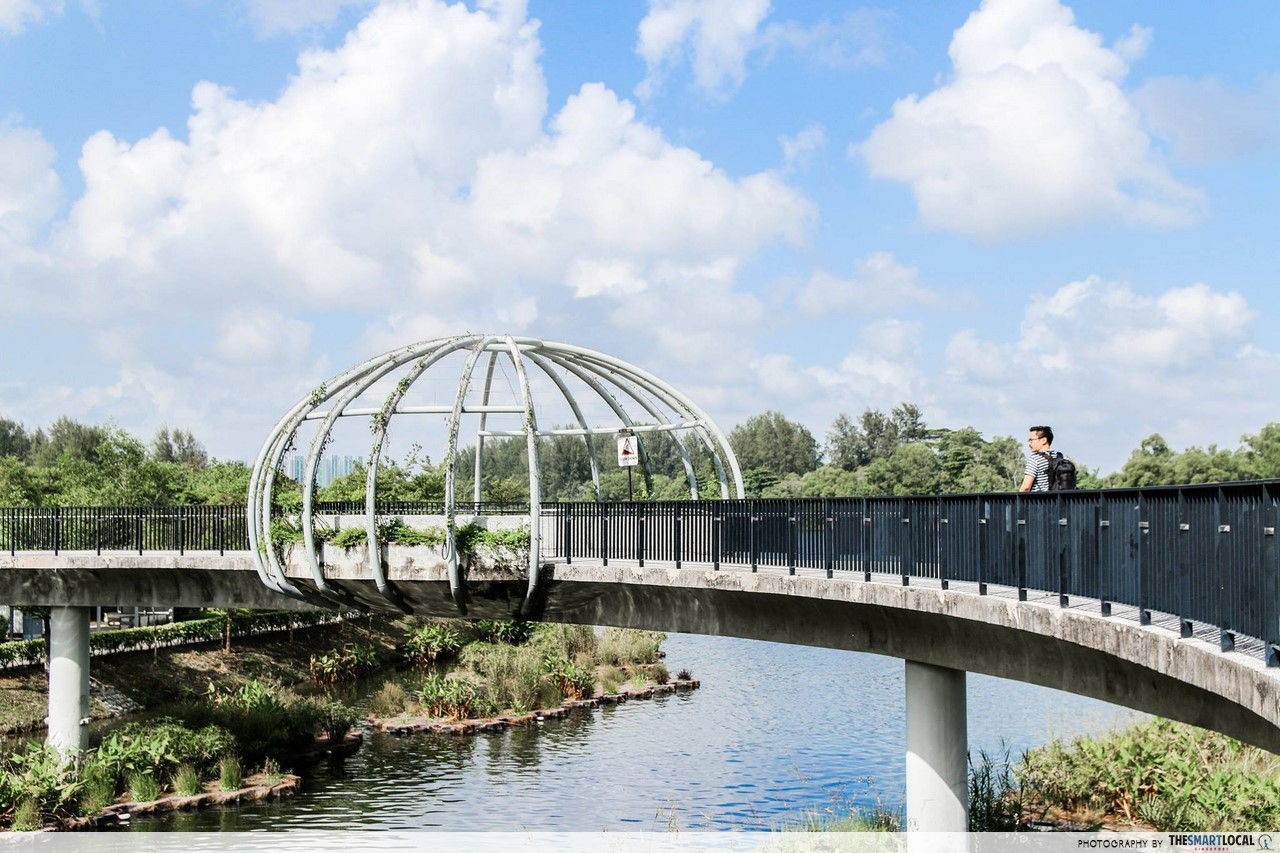 If you’re a seasoned cyclist or jogger at Punggol Waterway Park, you’ve probably noticed patches of plants floating around in the water – but no, they aren’t random debris, they’re floating wetlands designed by engineers!

These floating wetlands are made of hexagon-shaped modules that can be assembled into various shapes and sizes, and they enhance biodiversity by attracting birds and fishes – otters have been sighted near them too! 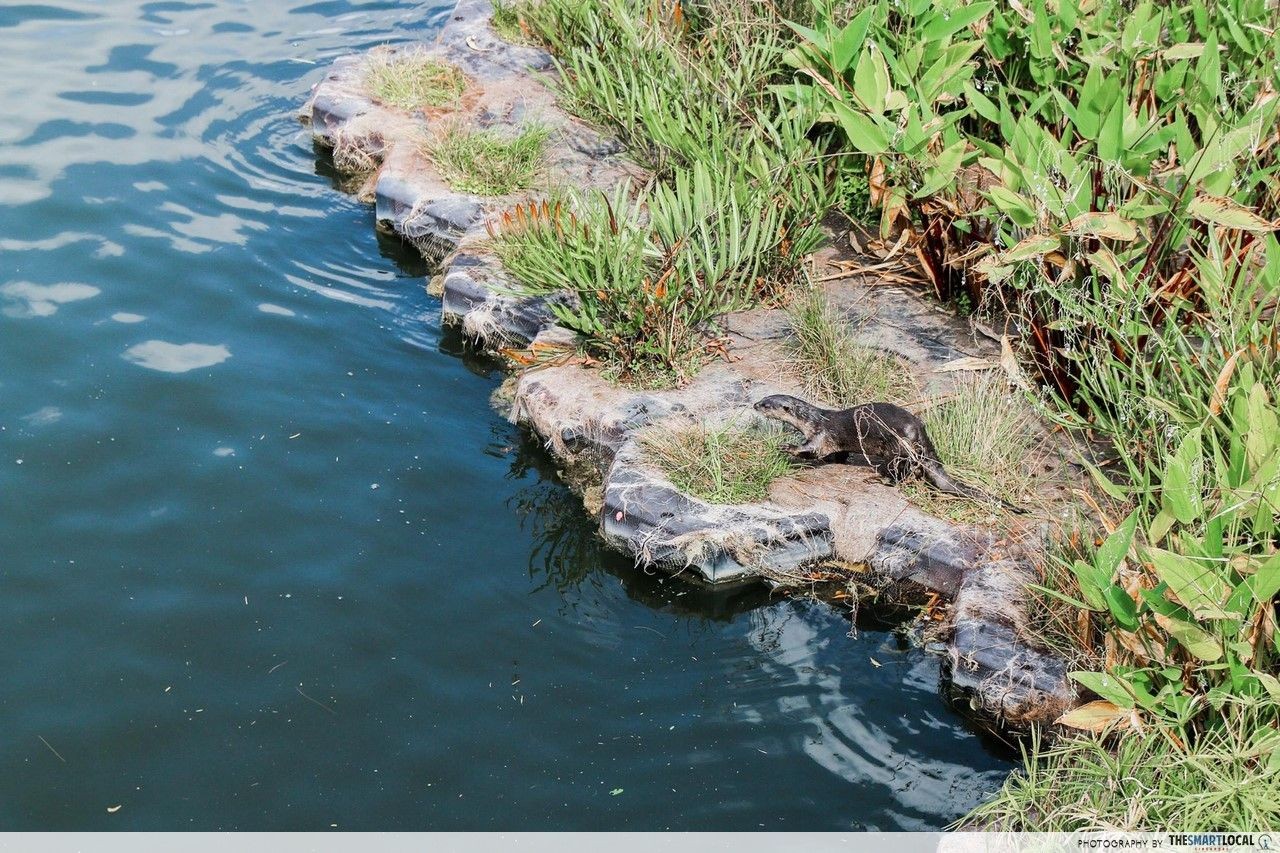 These hexagonal buoyant modules currently host 15 wetland species – some of which are even endangered – and their roots help to filter out the excess nutrients in the water to allow more sunlight through, helping to provide rich sources of food for the fish. 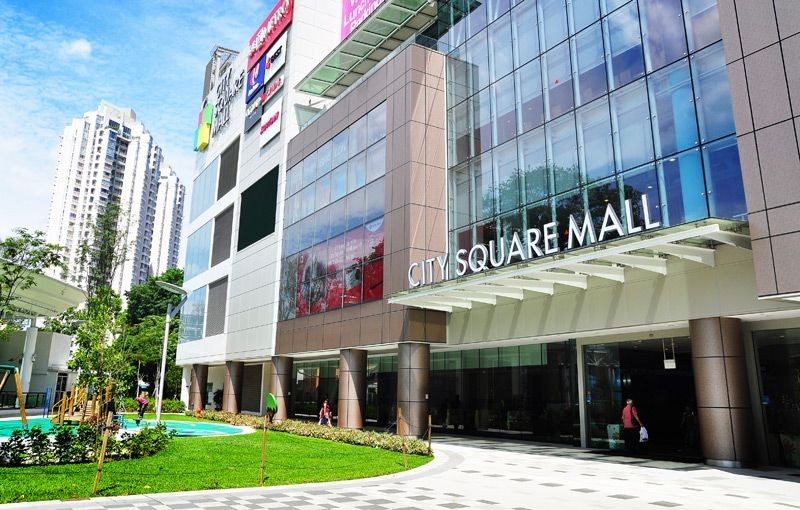 The trend of minimalism definitely has a strong influence over more than just a few of our shopping malls here, but some of the glass panels seen on the exterior of some of our malls do more than just look good.

Invented by engineers, these multi-layered facade systems are designed with double glazed windows that have a whole list of benefits from reducing the flow of incoming heat to increased soundproofing. That translates to a ton of cost savings where cooling of the mall is concerned, with no pesky noise complaints from residents in the vicinity! 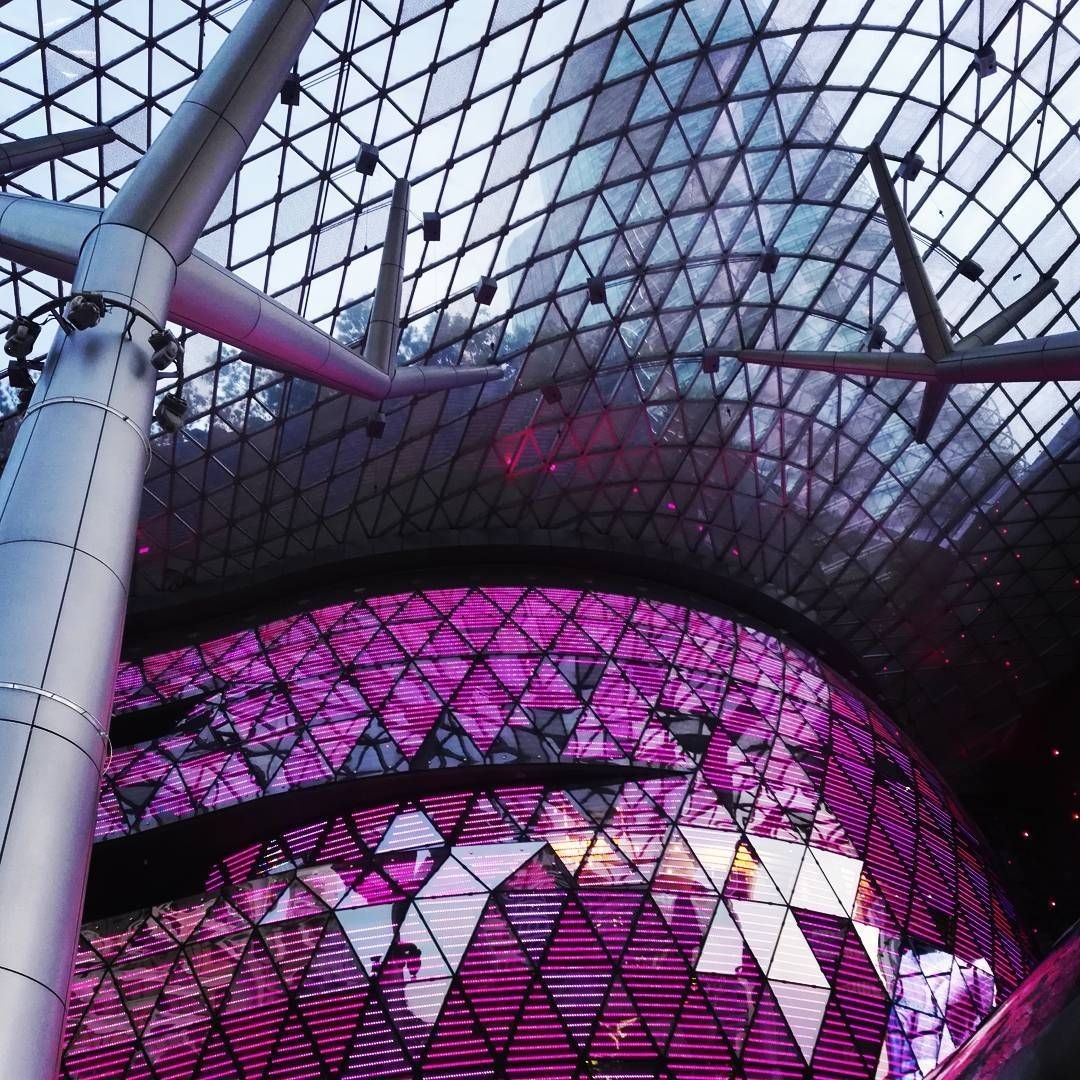 Our windows at home provide natural lighting for us, and the same concept applies to the design of such malls. But not to worry – these glass panels used are so durable and hardy, even a freak hail storm couldn’t cause any damage. 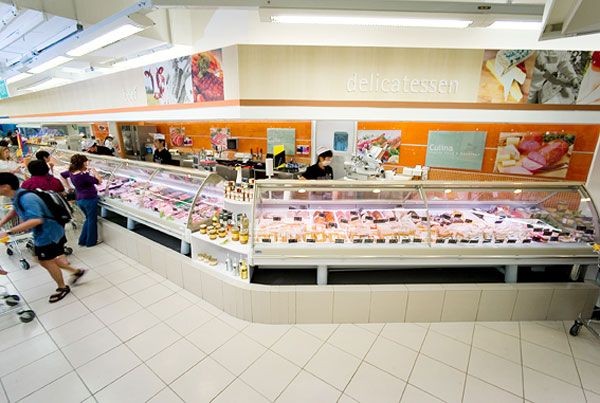 We’ve all done it – accidentally leaving our refrigerators open out of sheer neglect. And if that’s enough to send mothers into a sheer frenzy over the utility bill, imagine how much electricity supermarkets consume with their aisles of open chillers and refrigerators.

Engineers stepped in to help – designing an Electronically Communicated (EC) fan that is controlled via an electronic circuit board which acts as a ‘brain’ to regulate power supply and efficiency. This helps supermarkets to save up to 50% in terms of energy consumption and has been implemented in all major supermarkets around the island.

So the next time you hold the chiller door open too long deciding what groceries to buy, you can take comfort in the fact that you’re not wasting THAT much energy.

Sleep mode is a life saver. More often than not, we’re too lazy to shut down our laptops, and would rather leave them in sleep mode – this nifty trick saves us both time AND electricity. 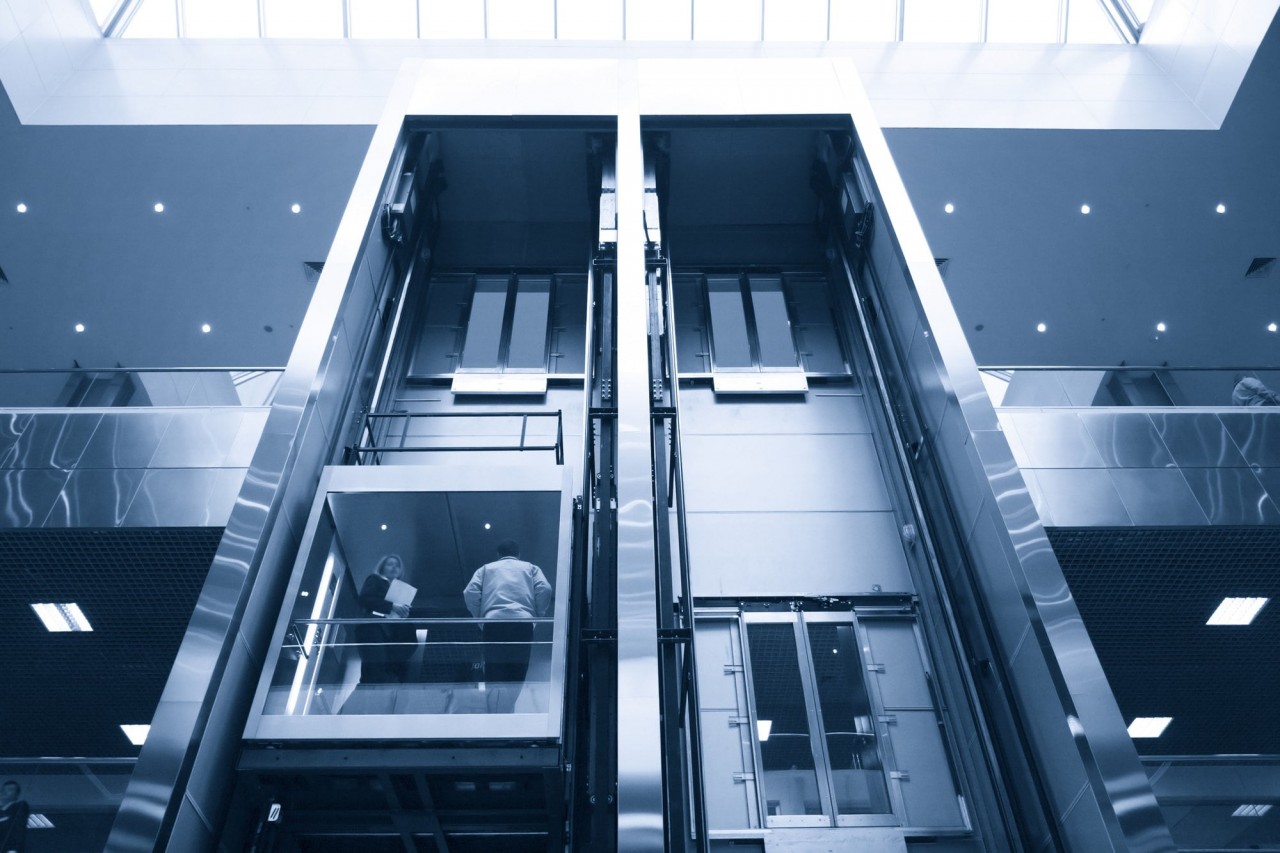 Much like the ‘sleep mode’ function found on your computers at home, the sleep function found on lifts also helps the building’s management save money by temporarily shutting off the lighting, ventilation and indicators.

A Regenerative Overlay system then kicks in, rerouting the lift’s power back into the building’s electricity grid, making it available for use elsewhere until someone presses the lift button again.

The smell of garbage trucks is enough to make some of us quicken our pace, but trash collectors don’t have the novelty to do so. To make their lives easier, HDB is rolling out a whole new Pneumatic Waste Conveyance System (PWCS) to soon replace the existing waste system in all residential flats – with Yuhua as the first ones to give it a test run! 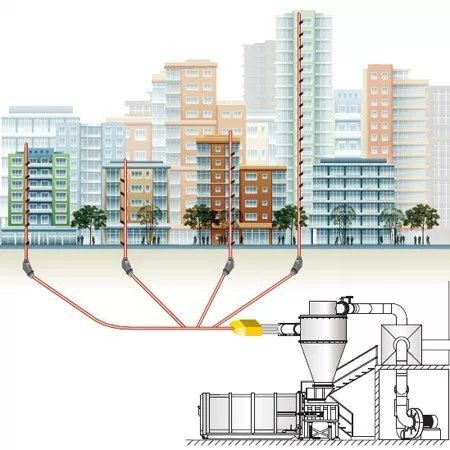 Instead of having all of one block’s rubbish pooled into multiple collection bins stinking up certain areas of the void deck, a new automated process will have a vacuum system in place to suck all waste through underground pipes into a sealed container where a sensor will be triggered once full for waste to be transported away.

Say goodbye to cockroaches and other insects sneaking out of your rubbish chute and the foul odours that tend to waft out if you’re living on some of the lower floors!

Build the world as an engineer 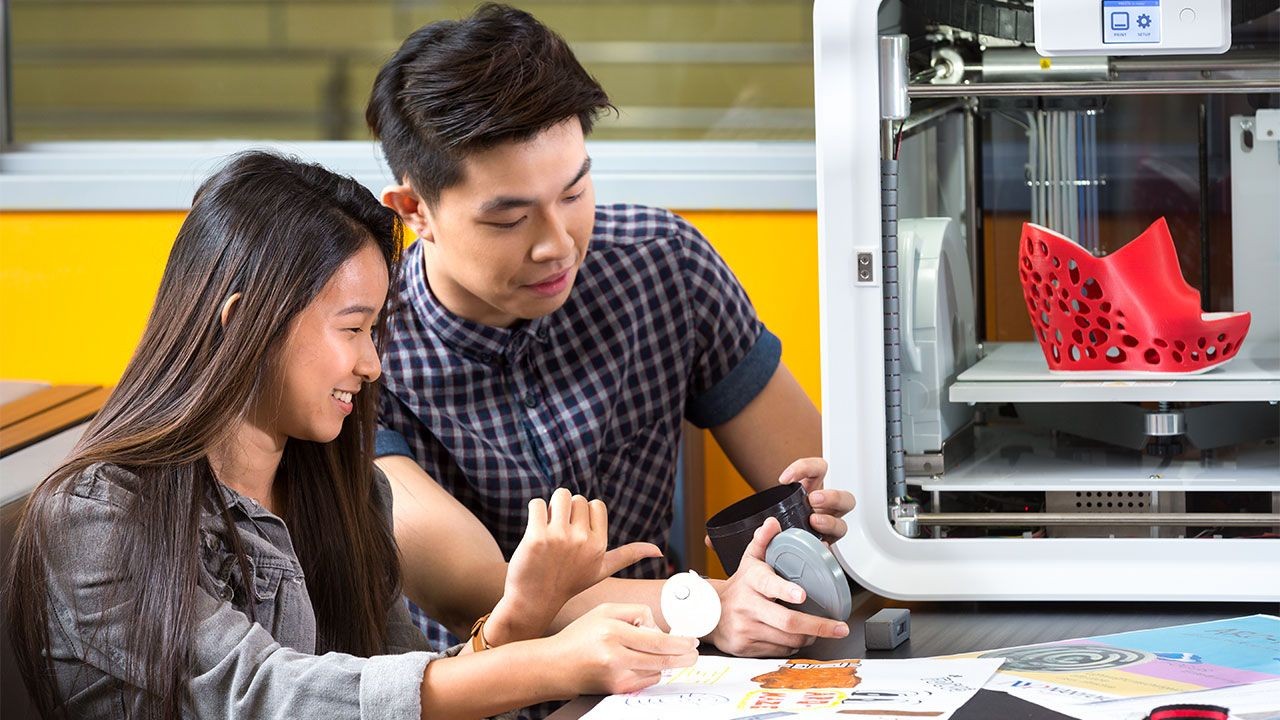 If this list of inventions has your mind blown, then this might be your call to be an engineer. Whether it’s civil, environmental, chemical or electrical engineering – you’ll never have a dull day at work tackling real-world issues and improving everyday life!

If you’re still on the fence about what diploma to pursue on your next leg of life, jump right into exploring a career in engineering at http://www.engineering.edu.sg.

From clean energy and biomedical to mechanical and aeronautical engineering, the sky’s the limit – literally – for aspiring engineers out there! Pursue a diploma course in the field of Engineering at any one of our Polytechnics and Re-engineer Your Life.

Find out more about an Engineering diploma today!

11 Affordable Cafes In Malacca Just A $30 Bus Ride Away For When You've Already Conquered JB's
4 Highlights From The Affordable Art Fair 2017 That Even Art Newbies On A Budget...