About The History of Singapore Part 1 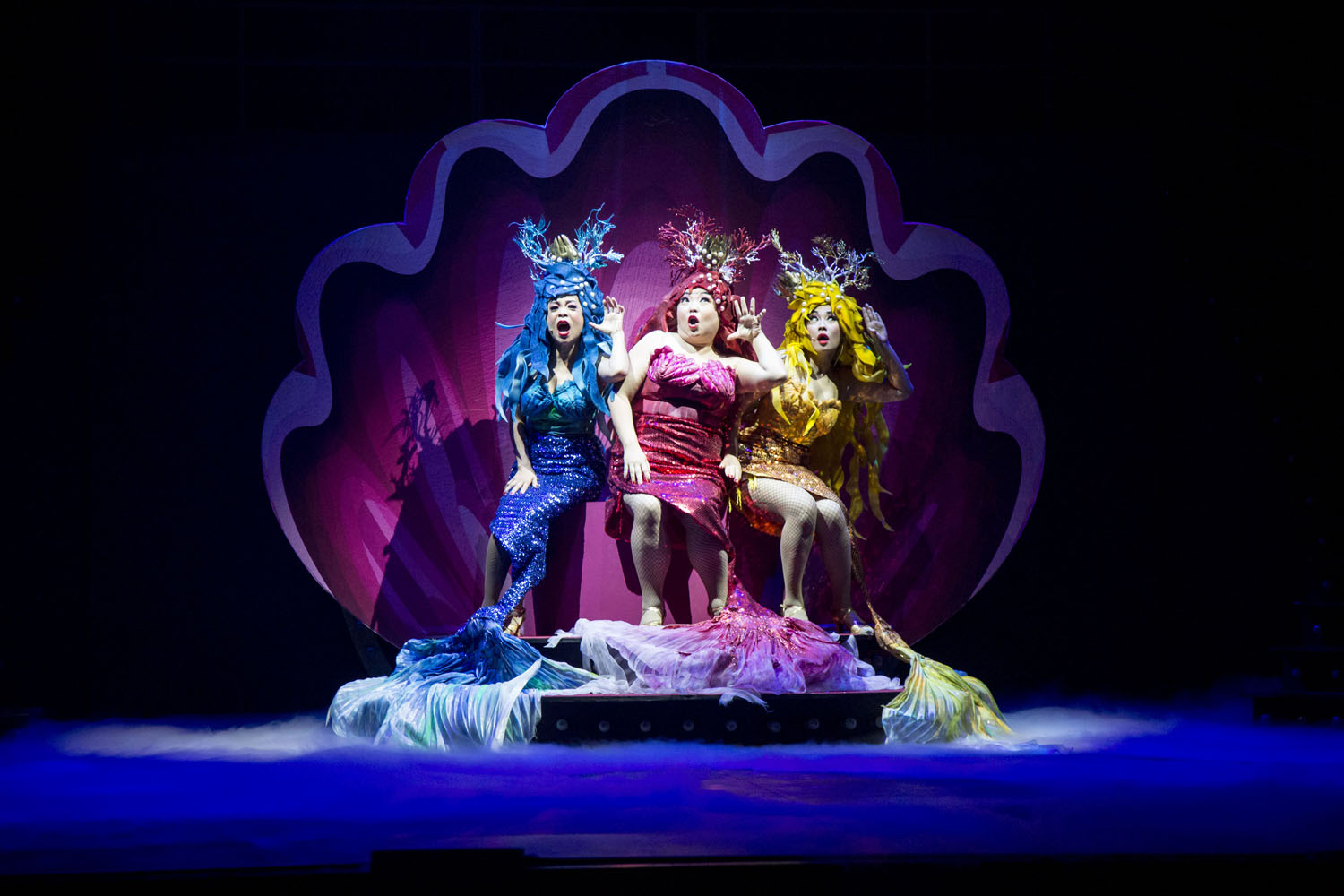 First staged in 2007, The History of Singapore Part 1 is back just in time for our 50th year of independence and it’s bigger, better, and funnier than before.

Right from the start, you know that it’s going to be epic. The Dim Sum Dollies (Selena Tan, Pam Oei and Denise Tan) bring their infectious energy and charisma to the stage, putting their heart and soul into every scene. With the help of Hossan Leong, fabulous costumes and fireworks, they poke fun at #SG50 and sing their way from the Big Bang all the way to Singapore’s independence.

History through the eyes of the Dim Sum Dollies may not be the most accurate, but with these talented ladies, it’s definitely the most entertaining!

“We’re the Dim Sum Dollies – overkill is a skill.” 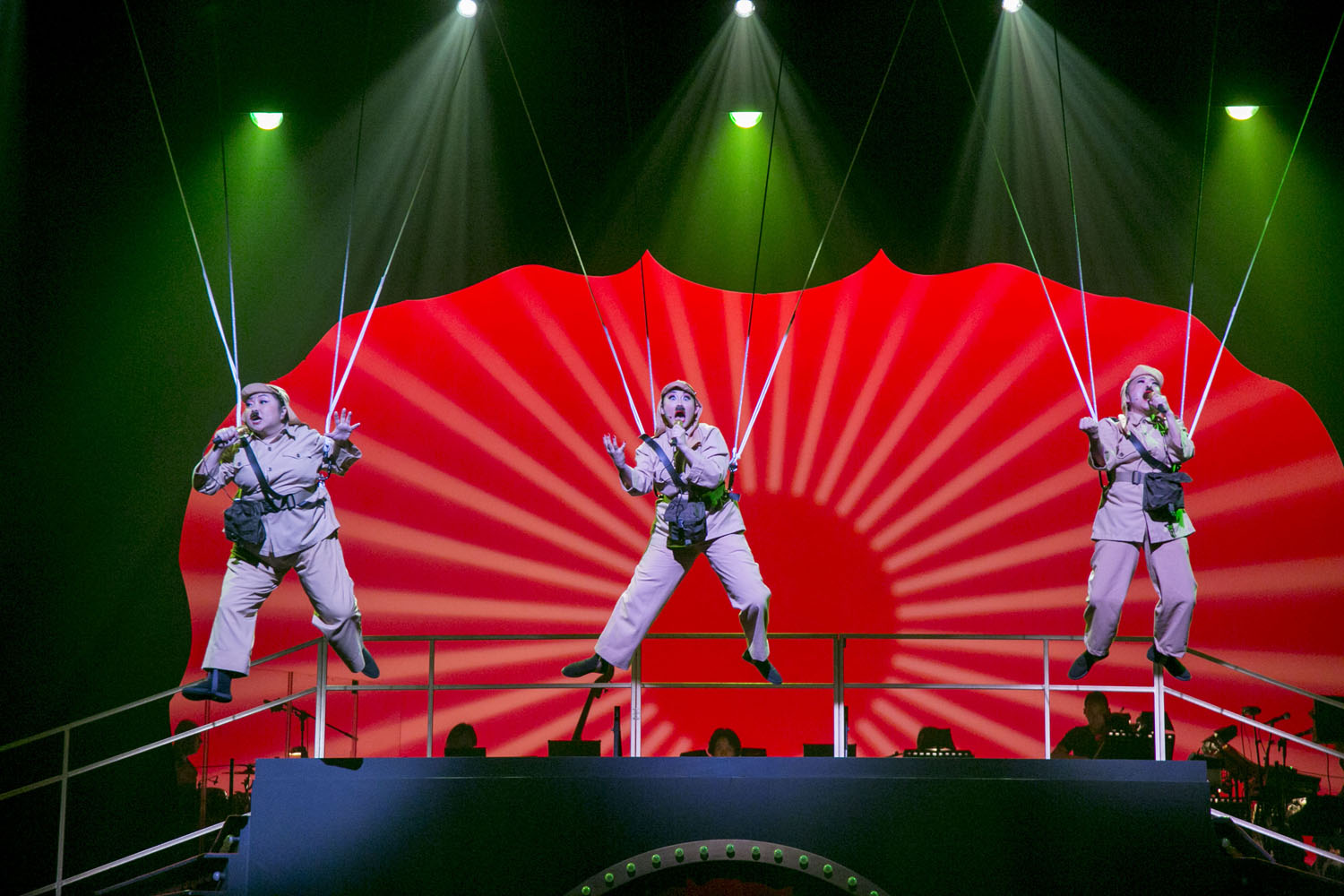 It’s impossible to ignore the talents of the Dollies. We had the privilege of taking a backstage tour prior to the show and director Glen Goei said it best, “The Dollies can sing, dance and act. I can’t think of anything they can’t do.” Their comic moments range from slapstick to tongue-in-cheek to downright wacky.

A skit about three ‘prematurely-ejected’ kamikaze pilots stuck in a tree hilariously develops into a number about kamikaze karaoke. The Dollies are over-the-top and they’re proud of it! 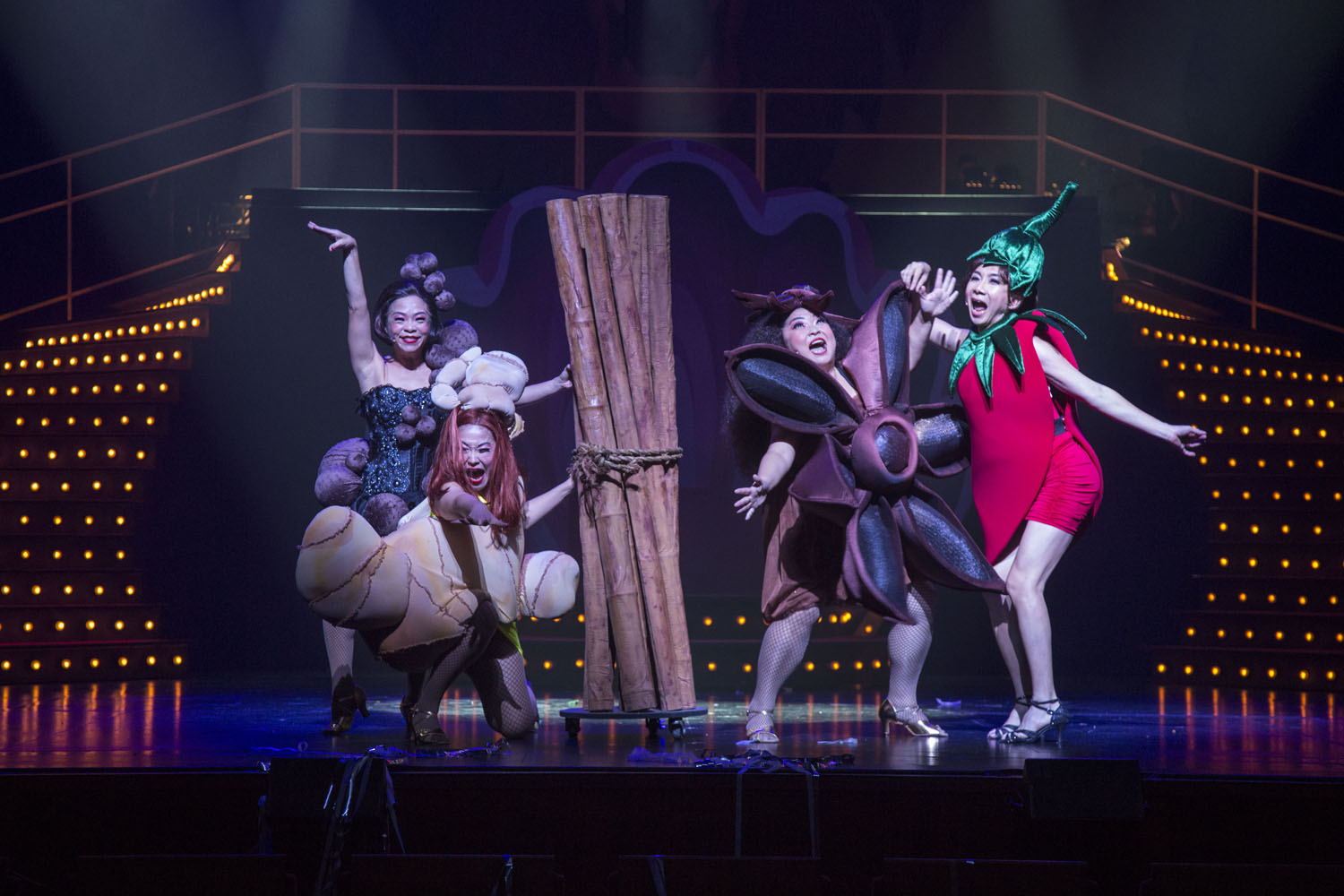 A shout out to the song “Be My Ang Moh” for being so catchy and an even bigger shout out to the Dollies for their impeccable harmonies. The Dollies have such great voices that every song is a joy to hear – even during the curious rendition of Wrecking Ball midway through a sombre tune about the samsui women. 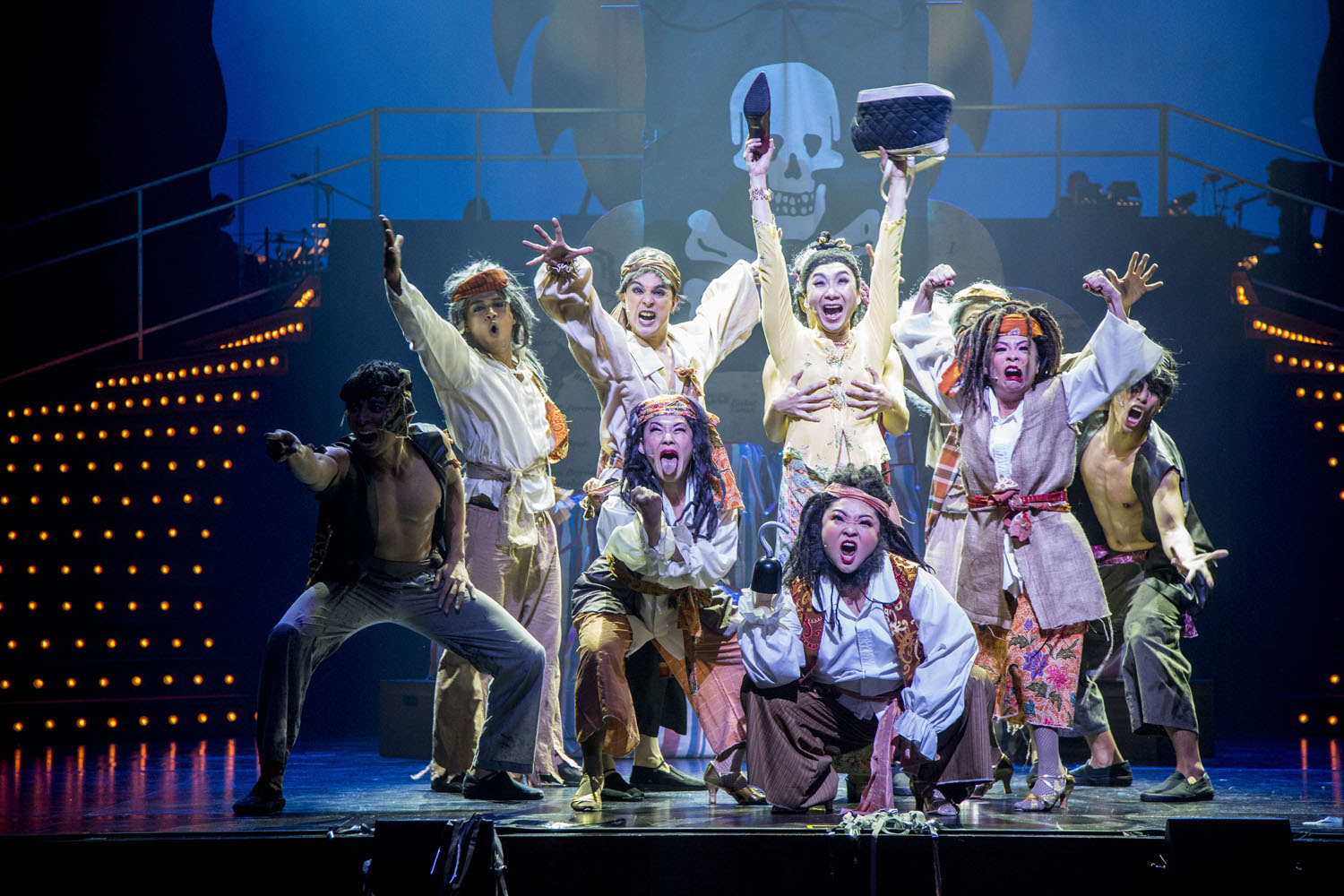 Hossan Leong is a force on his own, but paired with the Dollies, he plays a backup role AND he’s more often in a skirt than not. His characters ranged from the cowardly Sang ‘Gila’ Nila Utama to Miss Bugis Street, showcasing his versatility and flawless comedic timing. Thanks to him, I may never think of the word “svelte” in the same way again. 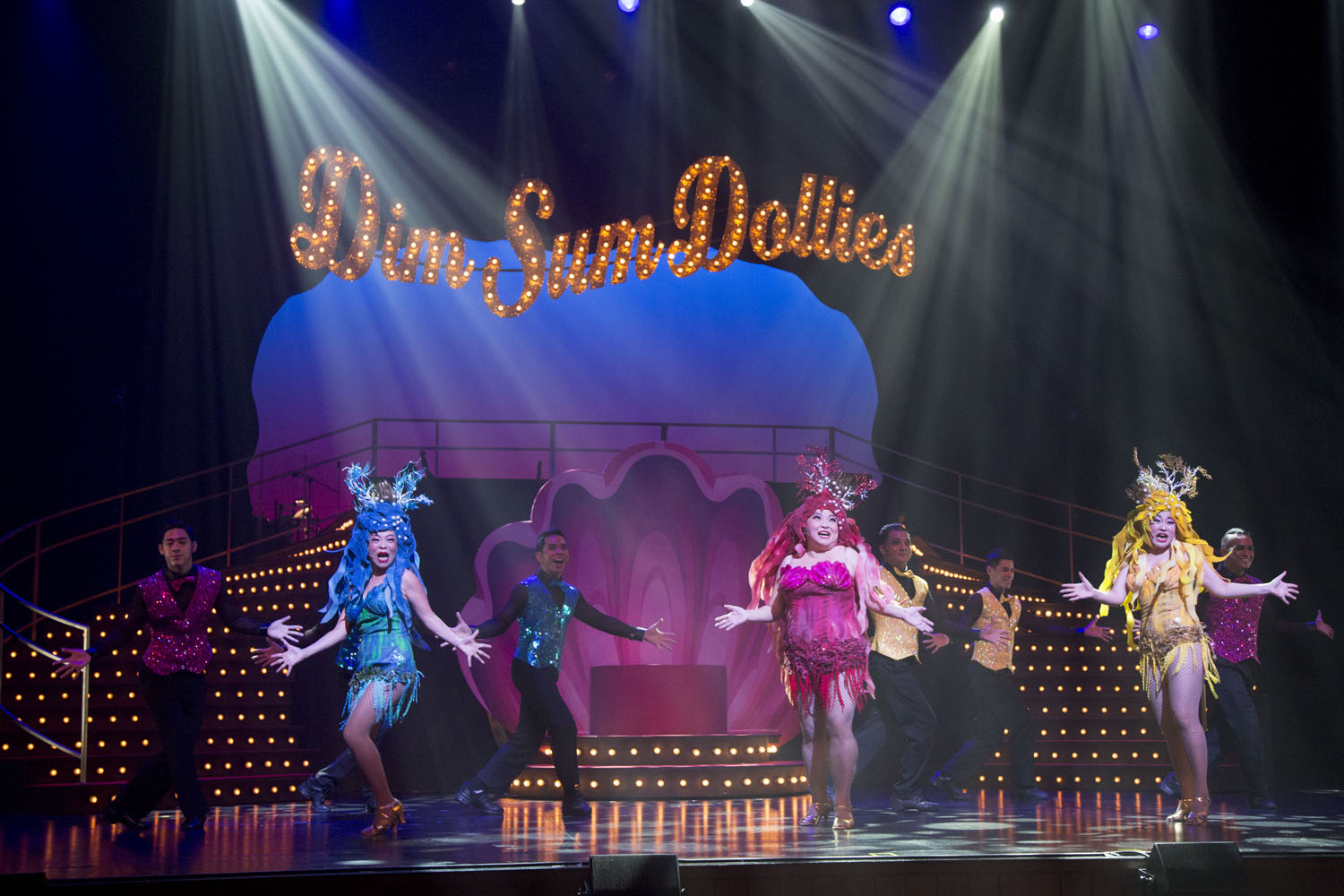 No expense was spared in this production of the Dim Sum Dollies. It’s impressive – the unending parade of costume changes and set design dazzled the audience and brought the show to greater heights (literally, because the Dollies were suspended in the air). 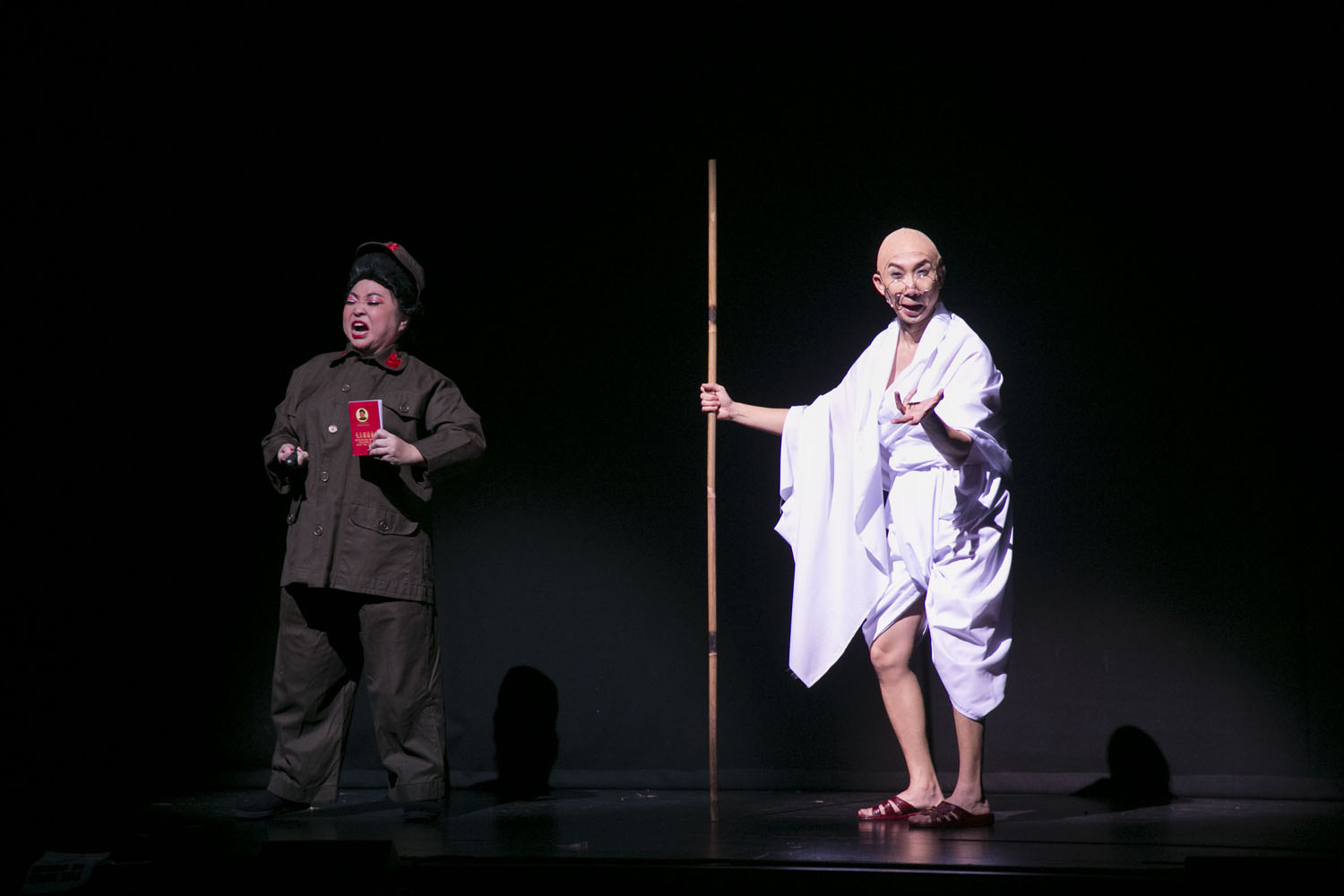 The Dollies are not afraid to mock Singapore’s follies and reference controversial issues at every turn, but the social and political commentary stop short of being insightful. It’s a flashy musical that ticks all the boxes of being entertaining, but it’s difficult to imagine the show sparking a dialogue. 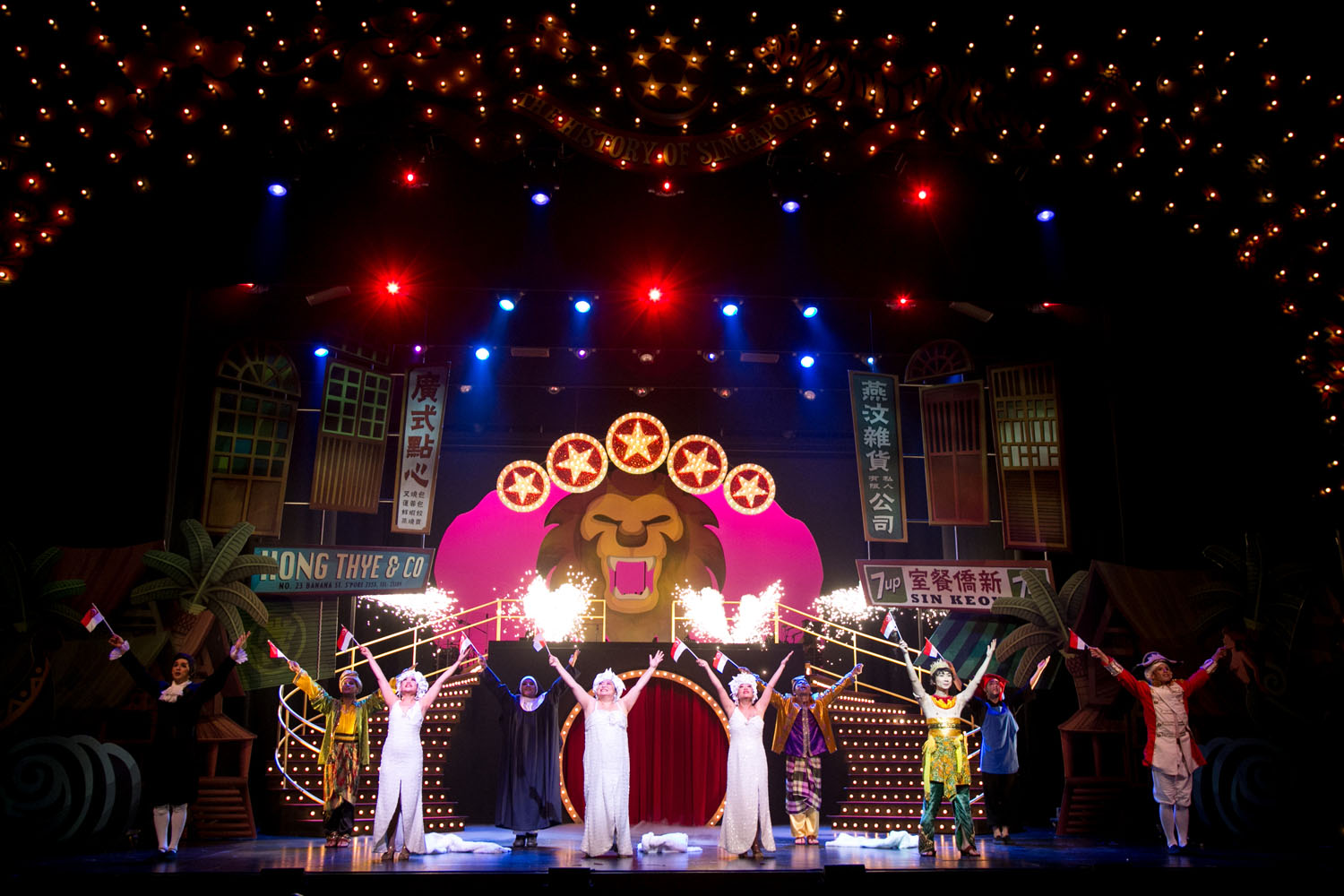 For some family-friendly fun with the Dollies’ signature playfulness, spend a night with the Dim Sum Dollies as they dance and sing their way through The History of Singapore Part 1.

It’s amazing that the Dollies can find humour in every situation without crossing the line between cheekiness and outrageousness. Let their larger-than-life personalities take the stage and prove to you that hey, History can be fun!

Get Your Tickets at Sistic!

Get your tickets to The History of Singapore Part 1 or find out more on the Dim Sum Dollies’ Facebook page!

0
SHARES
ShareTweet
This Massive $3.5 Million Spa Palace Actually Exists In Singapore - Here's Our Guide To It
10 Reasons Why Beerfest Asia 2015 Is The Event Of The Summer