The Defense Of The Ancients Watch out for that boomer bile… I mean meat hook. Source

I’ve played DotA (Defense of the Ancients) since 2004, when it was run on Battle.Net and later Garena. The game has changed significantly since then, and the game engine has been completely overhauled, but at its heart, it’s still the same story of teamwork and objective-based gaming. It’s also a wonderfully idyllic way to spend an hour or two when there’s nothing pressing to do.

But all that time in front of the screen wasn’t wasted – if you spend the long school lectures and noisy train rides daydreaming, like me, you’ll realise there’s a lot to be learnt about life from the humble game of DotA.

1. The best things in life are free

When Dota first came out on the Warcraft 3 engine, it was totally free to play. All you needed was the working copy of Warcraft 3 and an Internet connection. Fast-forward to Dota 2, and it’s still the same free game – although you can support the players and company through microtransactions, such as a new suit of armor for your hero, or a tournament ticket, which will let you watch Dota tournaments in the game itself. 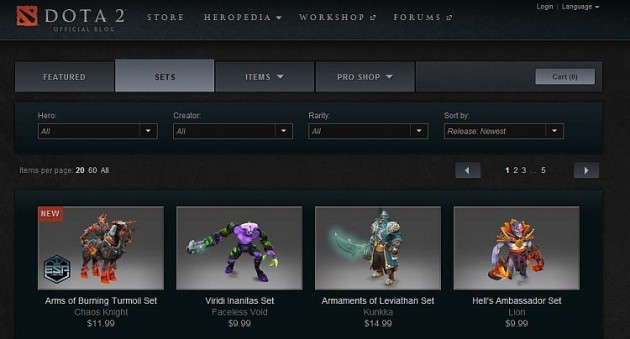 However, these items don’t affect the gameplay in any way, unlike other games where buying expensive items can give you an edge over free-to-play players. It’s one of the reasons why DotA 2 is the most played game on Steam.

2. Dealing with unreasonable people is part of the job 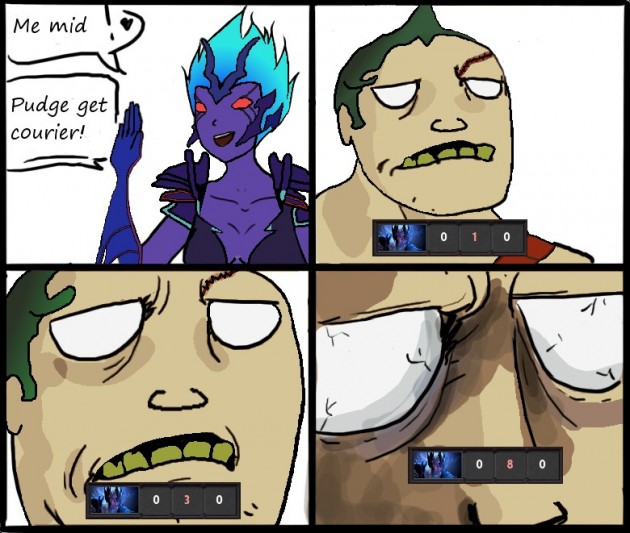 Unfortunately, the Dota 2 community hasn’t won any awards for being the ‘nicest gaming community’. Sometimes, you’re just going to be teamed with a high-and-mighty Prince Charming who insists on doing things his way and refuses to listen to anyone else’s opinion. Sometimes, you’ll be stuck with a player who is just bad and isn’t willing to improve. That’s life. As Singaporeans, we just need to chin up, tahan, and keep going. It can be incredibly frustrating at times, though. 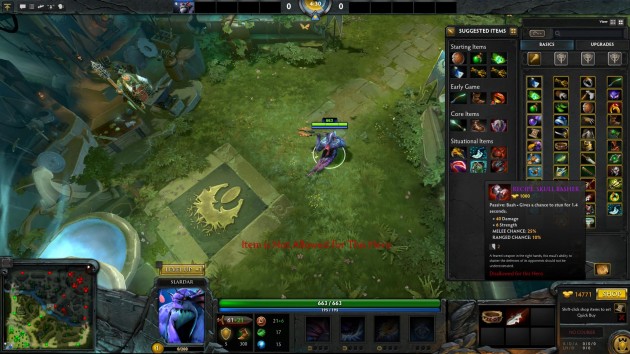 That sounds like a really impressive job title. But no, we’re talking about what items you choose to buy and how you choose to spend your gold. If you keep your gold too long, you won’t be able to contribute much to teamfights since you don’t have useful items. However, a more expensive item may prove more useful in the long run. It’s a fine art of balance.

Even when you’re dead, you still have a decision to make regarding your financial status – if you have enough gold, you can buy back straight into the game. It’s quite expensive, though, and can only be used every 6 minutes. So plan your finances wisely. 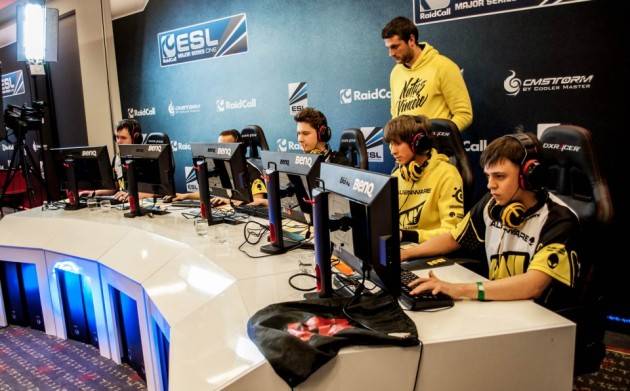 These days, it’s unthinkable for any professional team to compete without some sort of voice communication. As battles can break out in split seconds, it’s important for teams to co-ordinate their spells if they want to bring down a big target quickly. Even in public games, where it’s unlikely you’ll be using voice chat, text communication is still advised to ensure you’re on the same wavelength as your teammates. “Oi, come and ka chiau him out of lane leh.” Source

Well, we are Singaporeans, we have our own way of communicating. I can only imagine the voice chat when Singaporean teams compete at LAN events. Confirm rabak one. 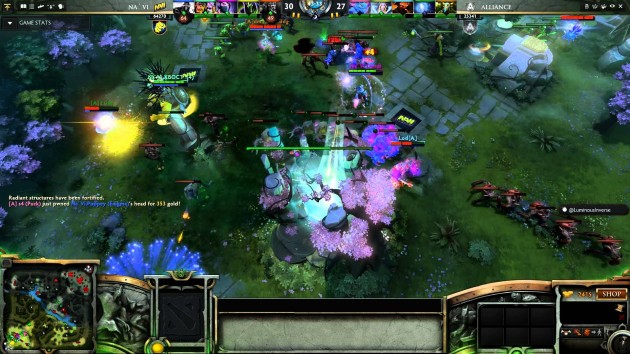 One of the most spectacular matches of all time. Source

At The International 3 finals, Alliance were losing 2-1 to crowd favourites Na’Vi, who had finished 2nd the previous year. They pulled through and won the 4th and 5th games spectacularly, winning the tournament on their first try. For a REAL defense of the ancient, check out this video:

No doubt the defenders must have felt like the 300 Spartans against the onslaught of mega creeps.

But we will never give up. Source

Moral of the story: You may be down but not out – keep fighting, shounen manga-style.

When everything connects together, like above, you feel really proud of yourself. And your team.

Well, you didn’t need video games to tell you this if you’ve seen Lionel Messi or Cristiano Ronaldo take on defences by themselves. Even in a team-based game like Dota, it’s still possible to pull off the solo skills. To be fair, this is generally the exception rather than the norm. Speaking of fairness…

It really isn’t fair, is it? If you’re planning on playing a hero that needs a bit of luck (ahem The Mighty Space Cow, Multicast, Blur, Backtrack), we suggest you make a visit to RNGesus, The Almighty Random Number Generator, before the creeps spawn.

Also, you might get randomly matched by the matchmaking system with some of the biggest buffoons you have ever seen.. And what this means for life: Some people just have it better than you, so while you can certainly complain like a true Singaporean, there isn’t really much you can do about it. It also means that something that’s here today may be gone tomorrow, so cherish what you have and don’t take anything, or anyone, for granted.

9. Sometimes, you need to make a sacrifice for the greater good. After all, DotA is a team game. Someone’s got to do the dirty work – if not, everyone loses out. On a related note, if you get to run rings round your opponents deep in enemy territory and get their entire team to chase you for a few minutes, that’s precious time for your teammates to really get their items going. As we like to say – space created. 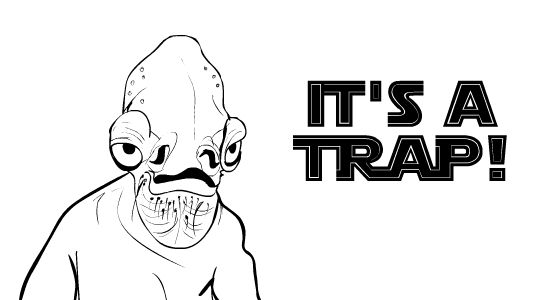 Be careful of people who offer you free lottery prizes, free mobile phones, free news alerts, and so on. Because things aren’t always what they appear to be. 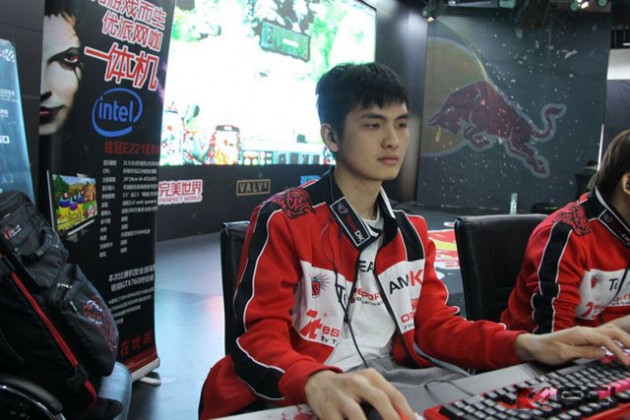 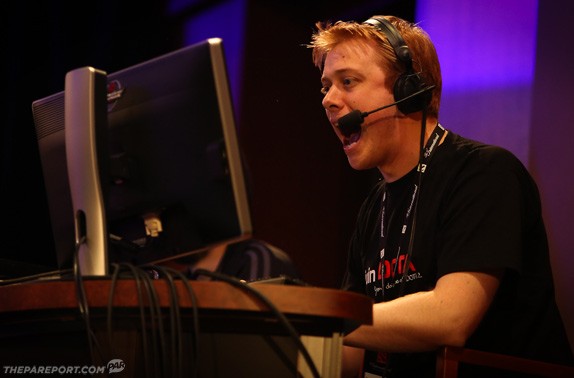 Toby ‘TobiWan’ Dawson, one of the first DotA 2 broadcasters. Source

The DotA community is made up of millions of people. These include professional casters, players, sponsors, event organisers, Valve, team managers, and many, many more people who work behind the scenes to contribute to the growth of a game they love. Life isn’t easy for them, but they work hard to make their dreams happen.

12. The journey’s more important than the destination. I’ve played DotA for 12 years. In this time, I’ve made friends, joined teams, and entered competitions. I’ve seen how DotA has evolved from just a small custom map to a fully recognised e-sport with a $15 million prize pool annually. I’ve seen people quit and join the game, and just last week, I played a game with the same people that introduced me to the game 12 years ago. Source Heroes of our time.

There have been new items, new skills and new heroes, but some things stay the same. Though I’ve neglected some things in life for this, I wouldn’t trade the time I spent playing DotA for anything else.

Most importantly, it’s not just about winning. If there’s ever a game that taught me that winning isn’t everything, it has to be DotA. It’s not possible to win every game, and often I find that the journey is so much more exciting than getting to the end. It’s also a joy to spectate – if you’re watching the International 5 this year, the biggest e-sports tournament in the world, remember that it’s happening from August 3 – August 8.

It may have been 12 years since I played my first game of DotA, but I still love the game I grew up with. The game may change, but the lessons we learn stay with us forever.

The writer is a 4.4k MMR trench tier player. His favourite heroes are Magnus and Legion Commander.