The Hard Truths About Divorce 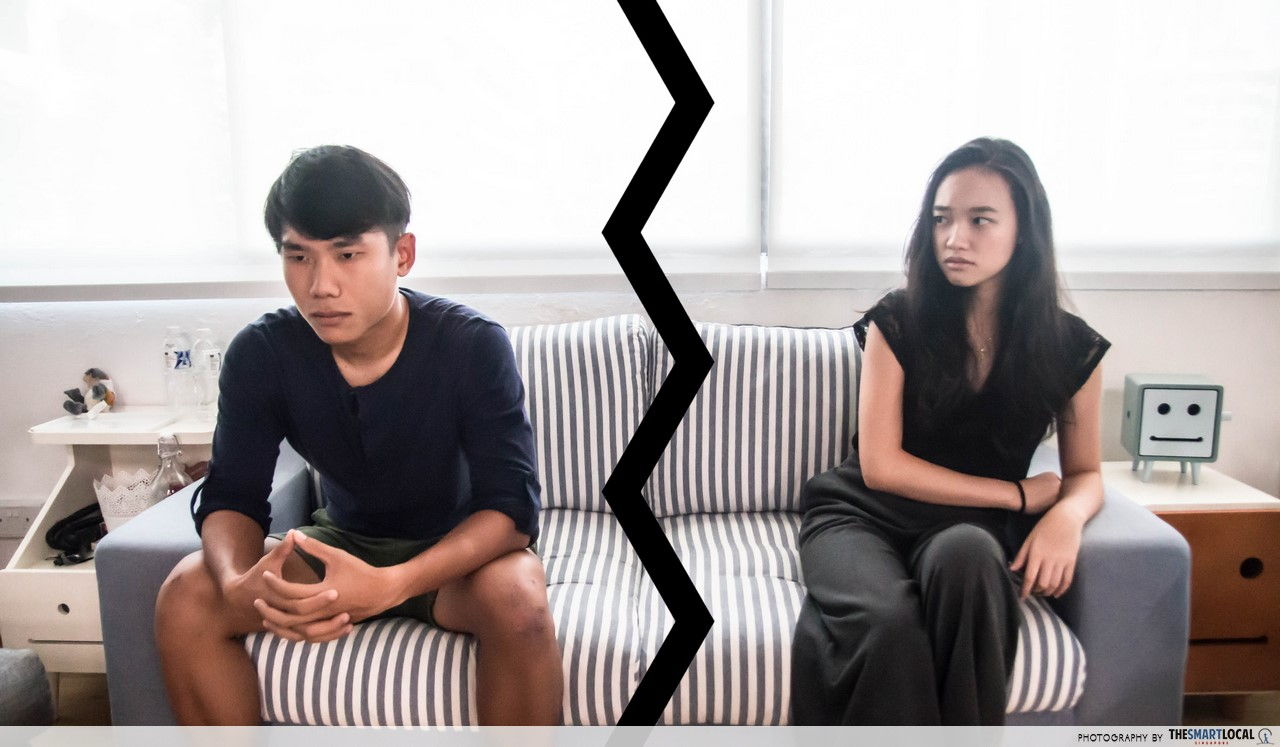 Divorce: the tricky taboo topic that still makes some couples squirm in their seats.

Excluding high profile celebrity divorces, civilian ones are always on the down low. So it’s almost inevitable there’s a ton about it many of us here in Singapore are unaware, or only vaguely aware of. But with divorces being more common these days, we interviewed Mr Lim Chong Boon – Head of Family Law at PKWA Law Practice – to shed some light on divorce in Singapore, and bring you a few little known insider facts about it.

1. Your marriage needs to be at least 3 years old

This ain’t Vegas, so you can’t file a divorce like a certain Kardashian after less than 3 months of marriage. Exceptions can be made for very rare circumstances of hardship, but these conditions are very narrow.

Alternatively, you could apply for an annulment of your marriage if it’s less than 3 years and if there was wilful refusal to consummate the marriage, but again, the odds are against your favour.

Here’s a fact: It is getting more common to see couples in marriages of over 30 years also filing for divorce.

If you think a divorce case consists of a dramatic hearing in front of a judge “The Pupil” style, you’re mistaken.

Most divorce cases are uncontested, amicable divorces – which means that the reasons and ancillary matters (custody, division of property) are agreed upon by the spouses prior to the divorce. Only the rare case of a contested trial where spouses continue to disagree are heard in front of the judge. This makes up less than a quarter of cases.

3. It can take less than 4 months for a divorce case to be resolved #efficiency 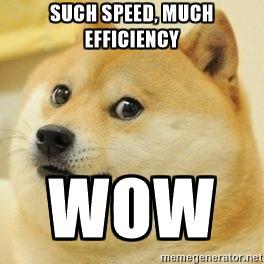 In classic Singaporean efficiency, it takes 1 month minimum to get the papers sorted, and 3-4 months for the entire process to be finished. Bear in mind that this is only the case for an uncontested divorce. If child custody and division of matrimonial assets come into the mix the entire process could drag on for a year.

We know the scene from our Korean dramas: a Private Investigator is hired, he magically obtains pictures of the cheating spouse and the third party gettin’ it on, and a dramatic court hearing ensues.

But in reality, getting a divorce based on adultery is not that easy. Very specific proof is required. Suggestive text messages or casual photographs are usually insufficient at proving an outside sexual relationship. As a result, many adultery divorce cases end up being cited as “unreasonable behaviour” rather than “adultery” itself.

5. It doesn’t matter who’s at fault when dividing matrimonial assets

Even after knowing how tough it is to catch a cheating spouse, many still hire PIs before going to court, being under the misconception that if they prove their spouse to be guilty of adultery, it would help their case and win them greater assets.

Unfortunately, this isn’t the case. The Court doesn’t divide assets according to who’s “at fault”. Rather, what matters is the spouses’ contributions to the marriage. These are both financial and non-financial – housing mortgages and utility bills fit the former, while the latter is mainly concerned with who does most of the dirty work i.e. raising the kids.

6. Equal hardships for both spouses

Many think the Women’s Charter favours women, but this is hardly the truth. Often, men contribute more in the family finances – women therefore lose out on this area when it comes to apportioning matrimonial property.

The flip side of the coin is that alimony is usually awarded from the man to the woman and not the only way around, even if the missus earns more. Bottom line, divorces are not easy – it’s equally rough patches for both corners of the equation.

7. Everything one spouse owns is also the other’s

Generally speaking, matrimonial assets include any assets acquired during the marriage. That’s right, even the handbag you treated yourself to on your birthday. So even if an asset is bought with one’s own hard earned money, the spouse still has a claim to it.

8. Even after the court has ruled on custody matters, enforcing spousal maintenance is tough business

If you’ve ever heard of the sad dad who hasn’t seen his kid for months in a row, well that’s still a problem. There are often cases where the parent who has won custody restricts the child from seeing their other parent.

In a classic issue of trying to get on the child’s good side, parents may even try to influence children into taking a stance. And because a lot of this takes place behind closed doors, enforcement is tough.

9. The Courts are very pro-mediation 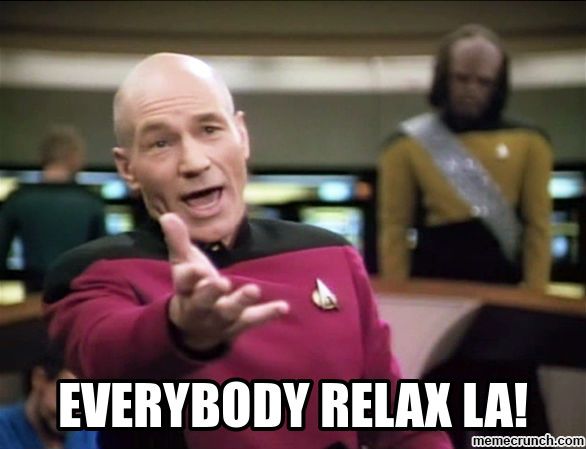 The Family Justice Courts understand the Singaporean psyche – their priority concerning divorce cases is to make the process quick, cost-efficient and minimally stressful for the parties and their families. Initiatives are constantly rolled out to provide additional support to divorcing couples and their children.

For example, mediation is compulsory for parties with a minor child (below 14 years).

10. The child suffers the most

Divorces often result in broken hearts for both spouses, but we all know it – the one who suffers the most are the little ones with their hearts torn in two. I’ve had a few friends whose parents have been through one themselves, and I’ve witnessed how these usually extroverted individuals suddenly turn silent at the slightest mention of the D word.

From premature ballin’ to expert manipulation, read more about the experiences of kids who’ve seen their parents through a divorce here.

Divorces may be on an upward trend, but they’re still shielded by shushing that keeps many of us from knowing the full truths about it. For me, I was surprised to discover that enforcing spousal maintenance still poses a challenge for the Courts. Just think of the many post-divorce single parent children who live on a shoddy allowance as a result.

Even if you want to *touch wood* and not jinx your own relationship, knowing some facts about it could help you support others in the long run. You could even end up helping someone turn their life around for the better. 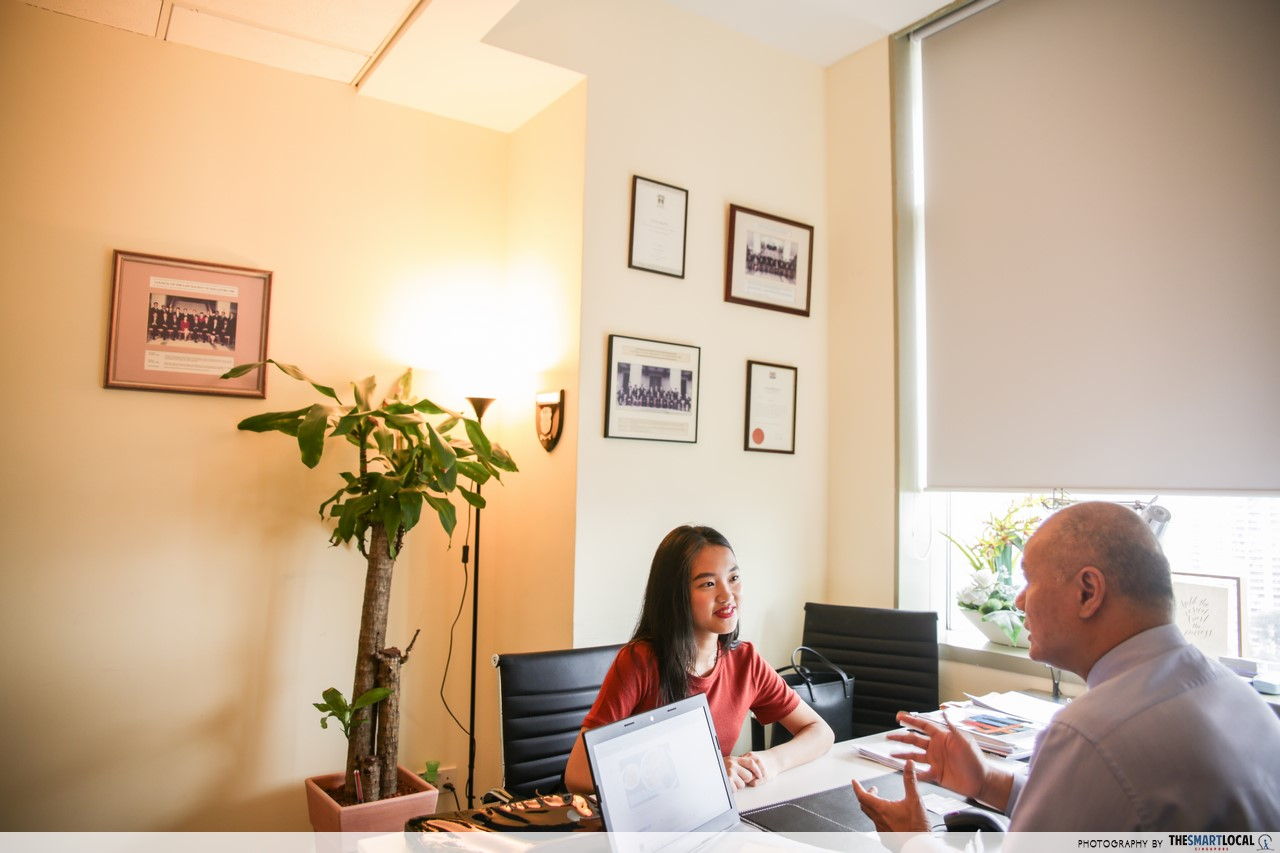 If you know of anyone encountering marital woes, PKWA Law Practice is a good first step to clearing them. As a leading family law firm in Singapore, PKWA Law headed by senior lawyer Mr Lim Chong Boon has seen and resolved countless divorce cases. And with a team of experienced, down-to-earth lawyers, you’ll know your needs are well taken care of. 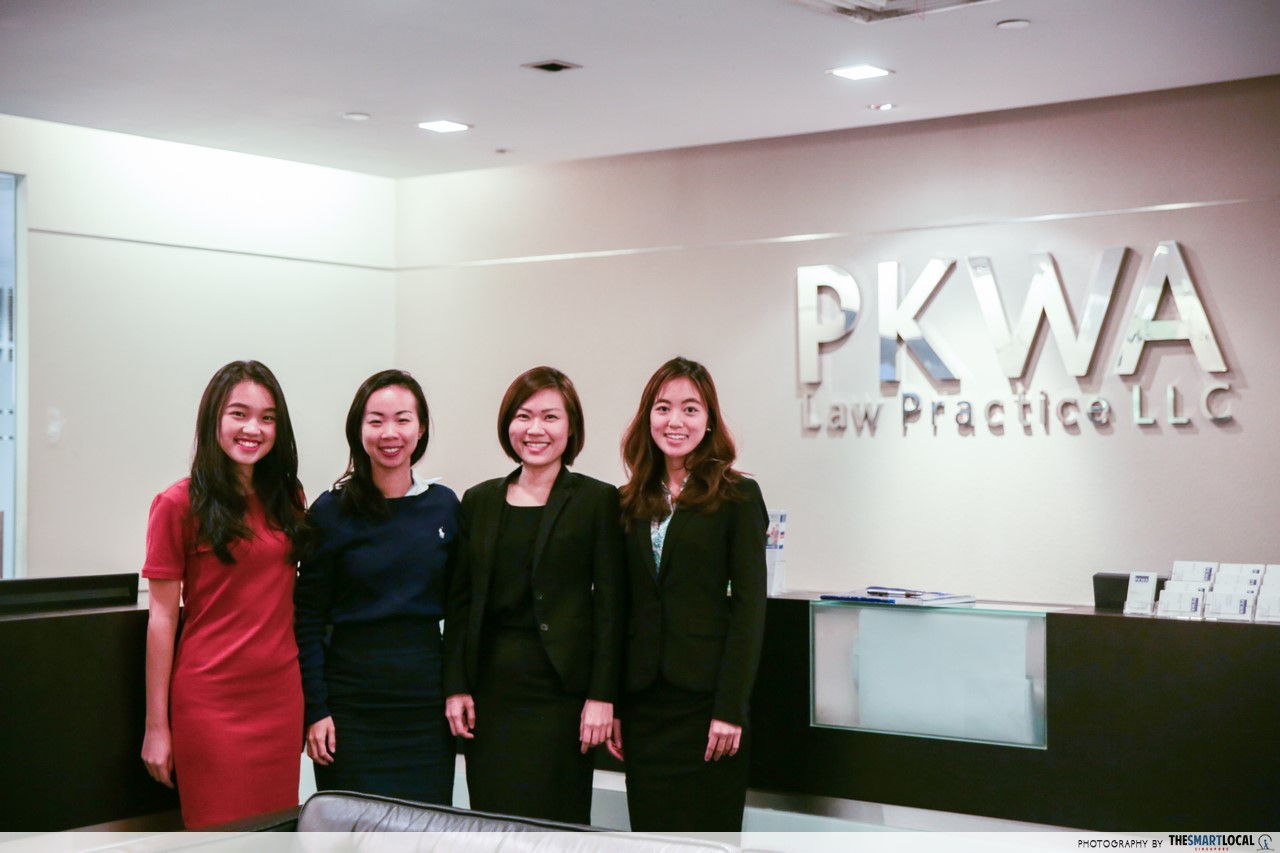 Get tips on how to find a good family lawyer here!

This post was made possible thanks to PKWA Law Practice LLC.