About the League Against Evil

The League Against Evil is at the SG Philatelic Museum! The exhibition, organised in collaboration with SingPost, Warner Bros, and Pacific Licensing – among others – is part of the celebrations for Batman’s 75th Anniversary.

That’s right – the legendary Dark Knight first appeared in the pages of Detective Comics #27 in May 1939. Does it make you all feel old? 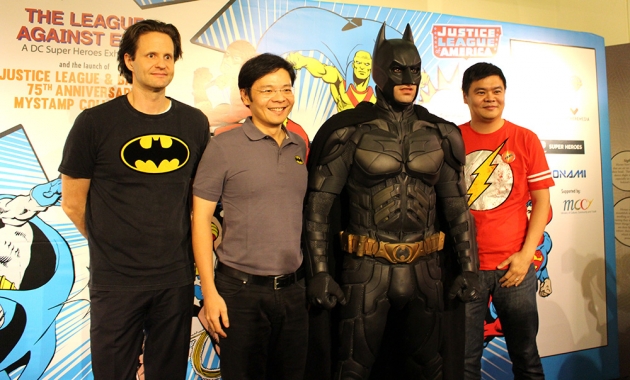 A media preview was held recently in conjunction with the launch of The DC Justice League and the Batman 75th Anniversary MyStamp Collections.

Mr Lawrence Wong, Minister for Culture, Community and Youth & 2nd Minister for Communications and Information, was the Guest of Honour at the event. As Minister, he had a direct line to the Batcave, so he called up the Caped Crusader.

However, before Batman could swoop in and save the day, the audience had to help him defeat his villains with the League Against Evil@SPM app. Download this app before going, so you can take superhero selfies with your friends and DC characters! 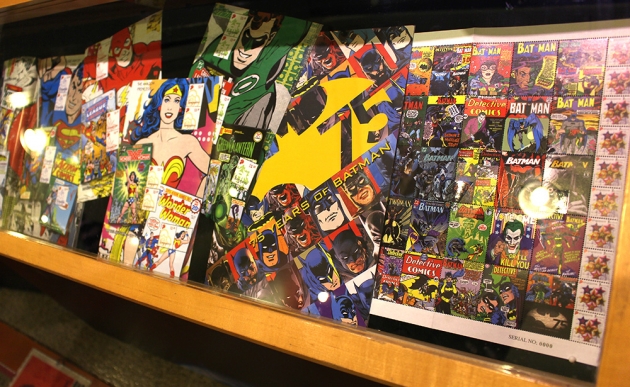 The exhibit itself is stunning despite being confined to one room – it features life-sized cutout renders and limited edition busts of popular DC heroes, as well as stylised text detailing their personal histories and rogues’ galleries.

For me, the standout collectibles were the small scale models of the Batmobiles from the movies. There was art aplenty, with comic panels and concept illustrations from the sketchbooks of the artists themselves.

Of course, there were great stamps as well! I’m a Marvel girl myself, but I was impressed.

Win your own DC Comics stamps!

The “DC Justice League MyStamp Book” (S$69.90) features a whole lineup of the best-loved DC characters. This stunning 10-page spread lets you get acquainted with the superheroes’ significant milestones, by way of comic book covers and exclusive stamps. 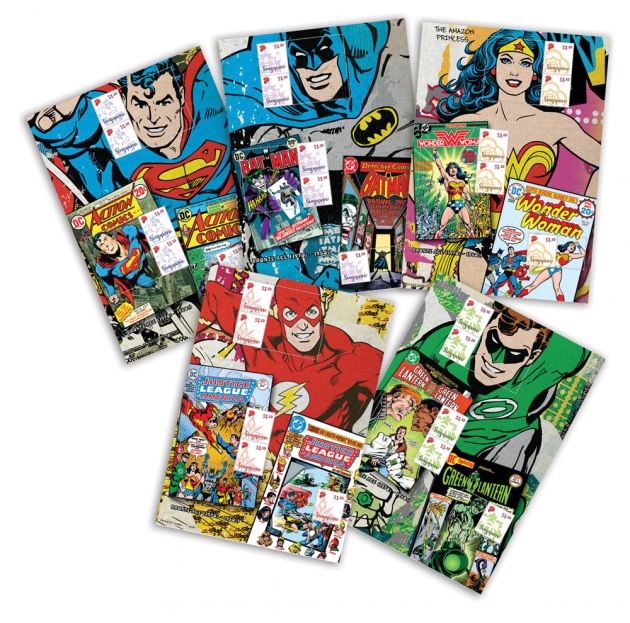 The 9-page “Batman 75th Anniversary MyStamp Book” (S$49.90) also details the rise of the Dark Knight in 75 beloved Batman comic covers in the form of stamps, plus exclusive excerpts from the comics.

Fans who want to collect both books can grab the “DC Justice League & Batman 75th Anniversary MyStamp Bundle Set” (S$89.90). It comes with a bonus Collector’s Edition Slipcase! You can purchase it at any post office or online. 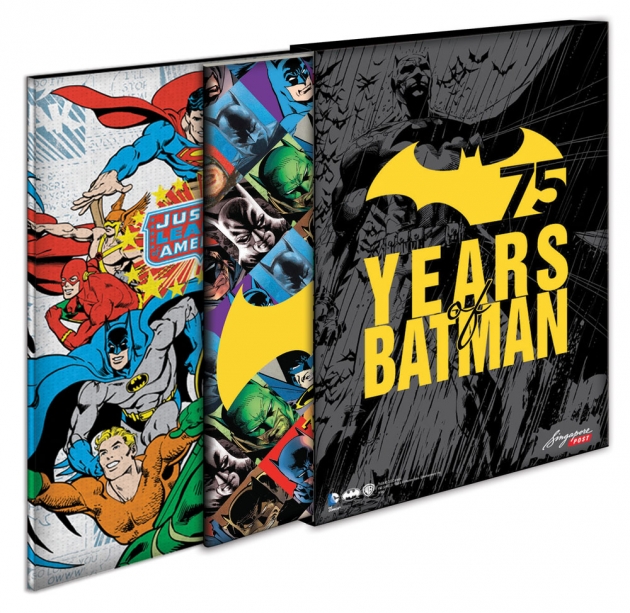 But that’s not all – customers who buy the bundle set are eligible to participate in a special write-in contest to win exclusive, handmade Lego Miniland Scale Figurines!

Seven sets of the specially designed figurines are up for grabs. Each set consists of the five most popular characters from the Justice League, such as Superman, Batman, The Flash, Wonder Woman and Green Lantern.

The winners with the most creative pieces will receive individual Batman figurines! Head here for more details.

Getting to the Exhibition

The League Against Evil: A DC Comics Super Heroes Exhibition is organised by SingPost.

0
SHARES
ShareTweet
Stand Up Paddling in Singapore - How I stood on water for an hour
12 Ways to Survive the Great Singapore Sale - #1 is so mean but so...