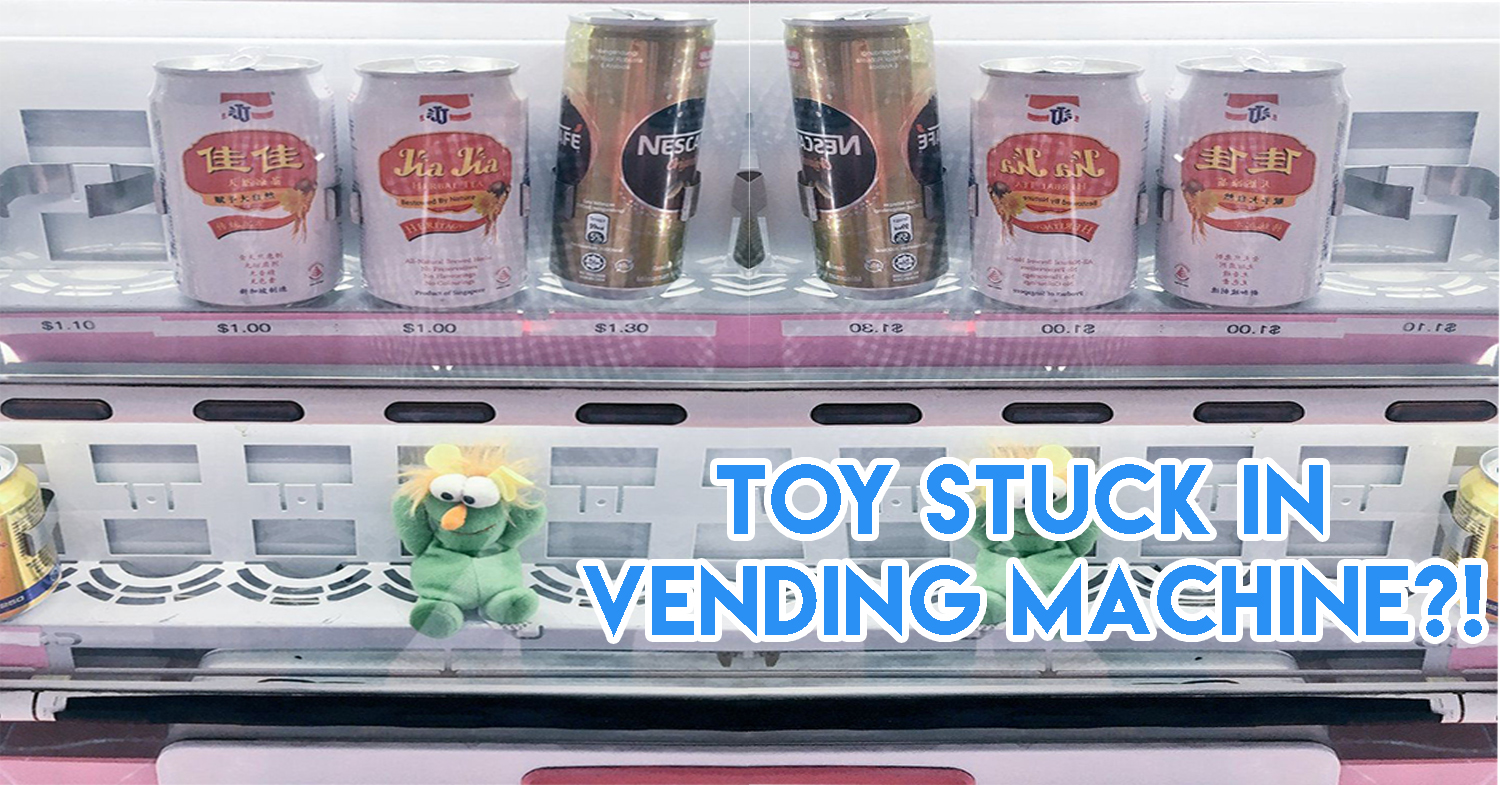 We totally know how a doll can drop onto the train tracks and suddenly find itself sitting on the ledge in the MRT tunnel. It’s just something, well, not common, yet not uncommon that Singaporeans observe from time to time. Or maybe it’s just another campaign from SMRT to get people to hold on to their stuff tighter. 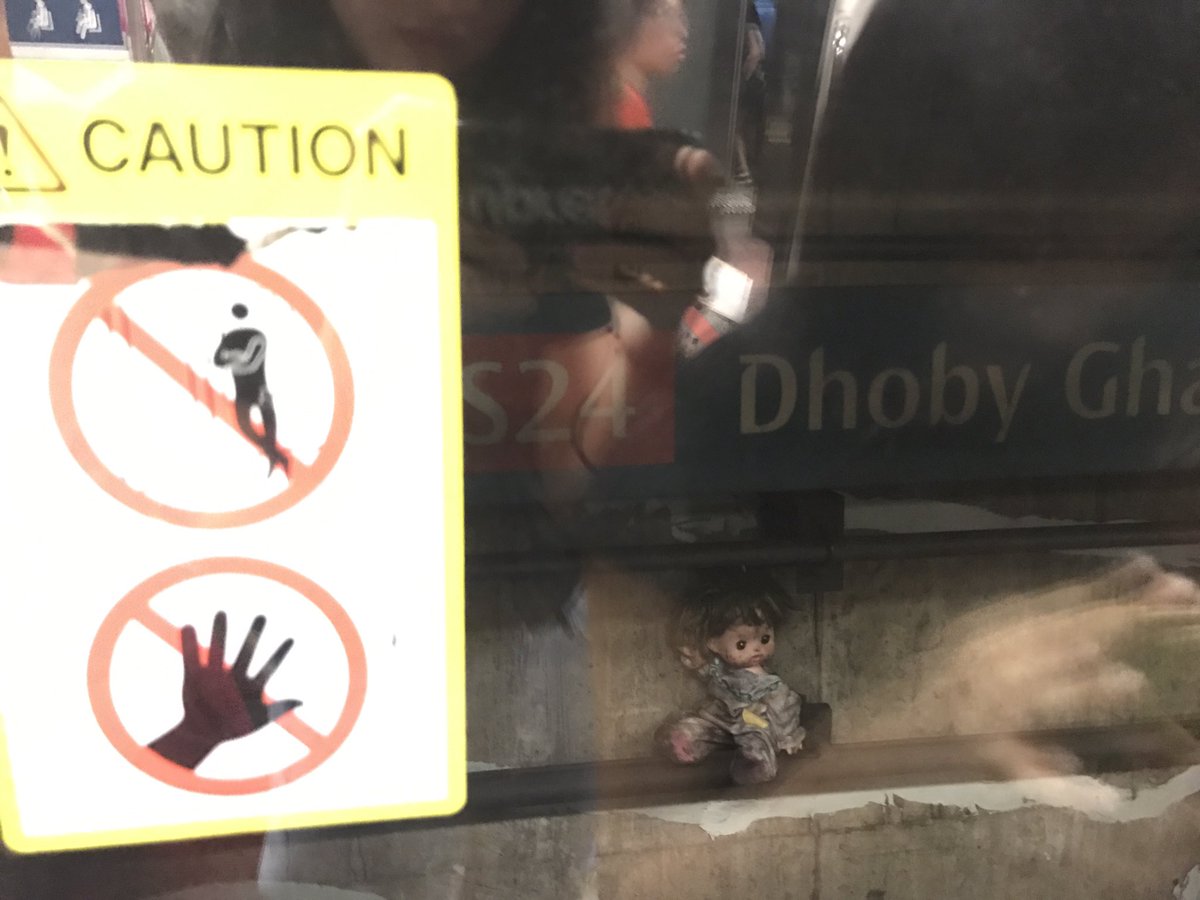 Other than Drop-down Dolly, here are 6 other sightings in Singapore that we are still struggling to wrap our heads around.

1. Bees in a showerhead 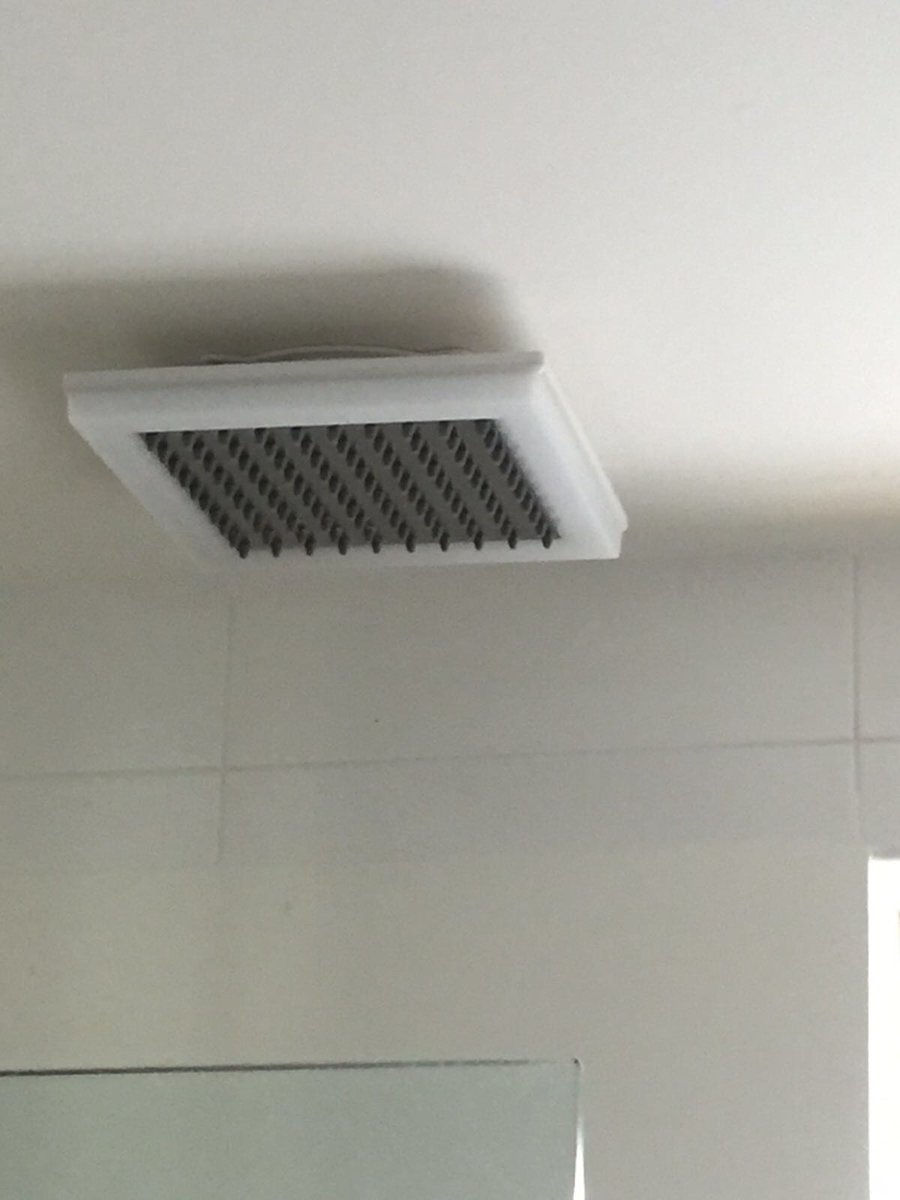 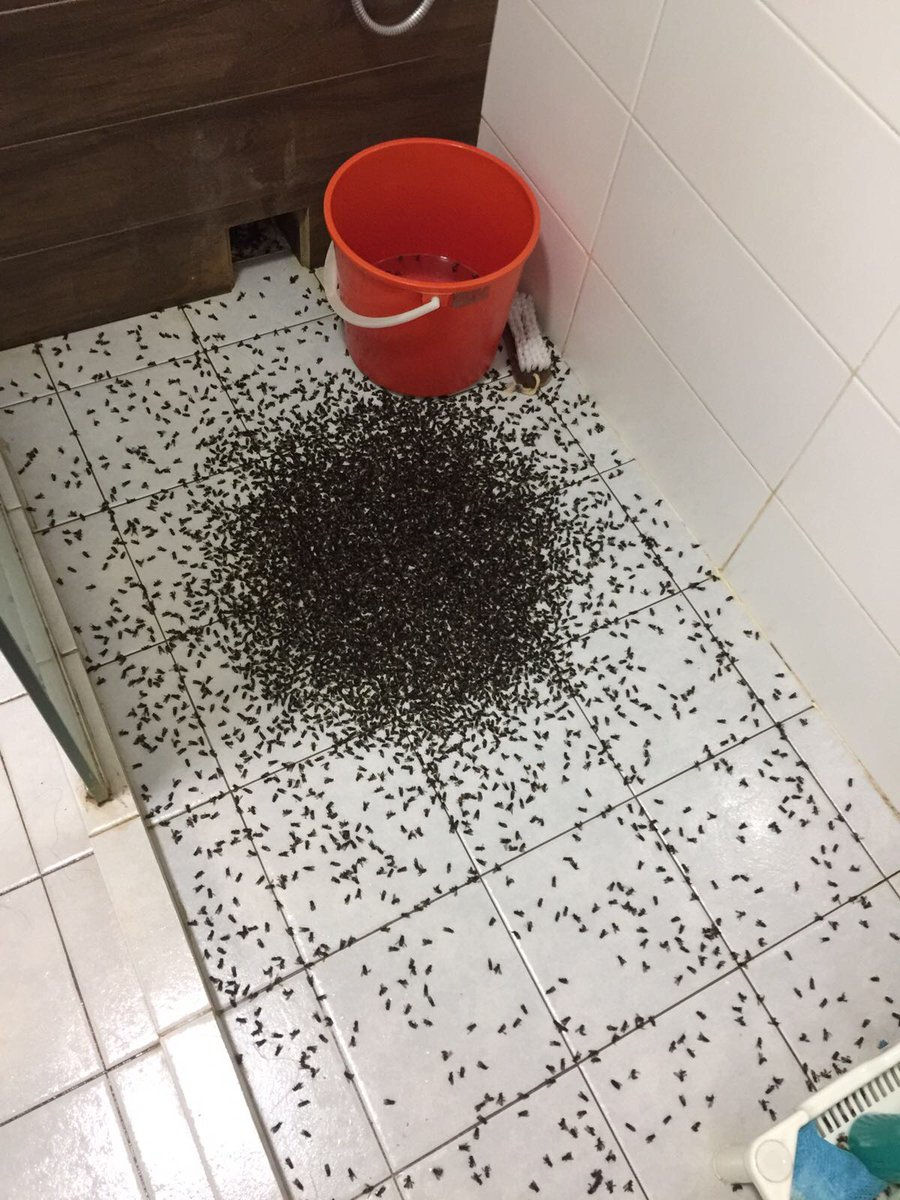 If you are not about bathing in honey, you might want to consider turning on the tap to a nice bee-cooking temperature and letting it run before stepping into the shower bare.

With a name that means “hurling sticks at fruit trees”, we might need to build a glasshouse for Punggol soon, to prevent such infestations from affecting the rest of Singapore.

2. Honker in a vending machine 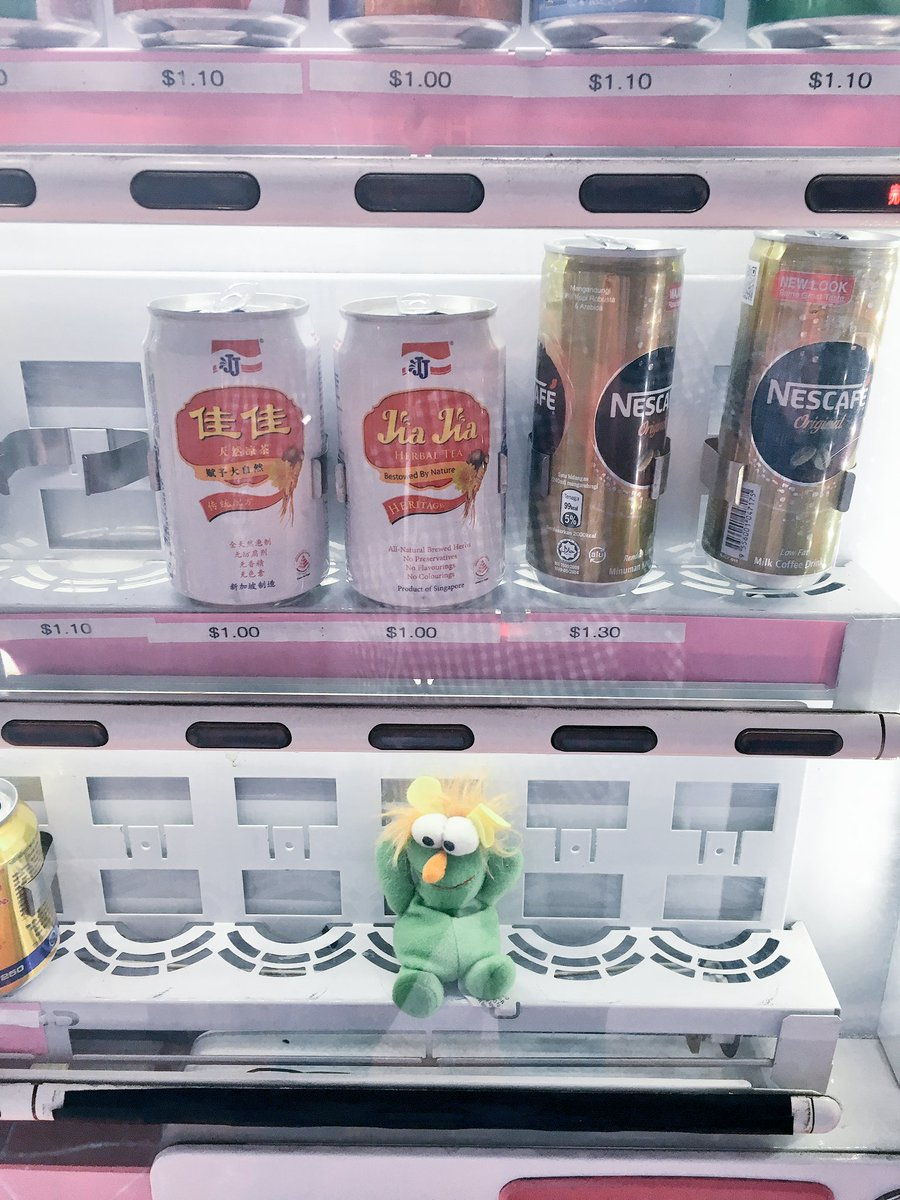 This isn’t all that puzzling. The maintenance crew simply found a Honker (a Sesame Street character) plushie by the side of the machine and purposely propped it up sitting up so that people will be awkwardly ogled by it as they buy a can of liang teh.

That, or the doll is possessed by someone who once got crushed to death by a vending machine. Your choice. 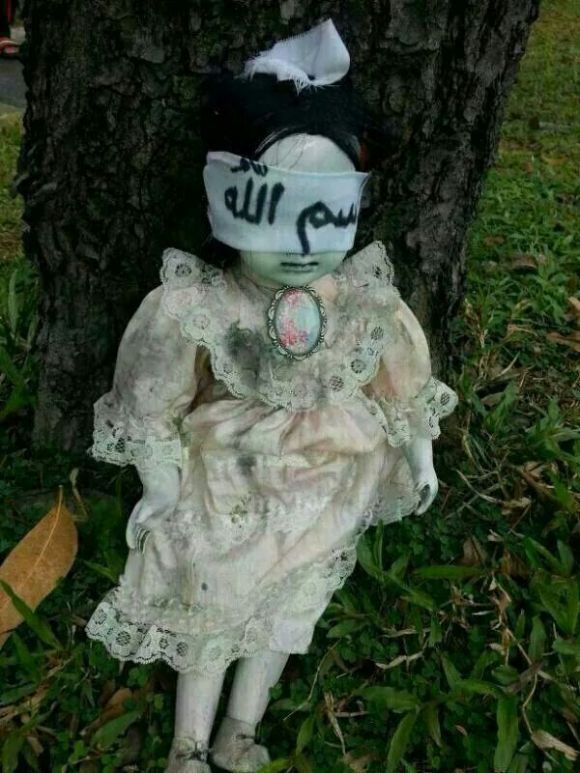 Dear parents, if you are going to let your kids’ playthings slip through the cracks of MRTs and your ever-concerned eyes, at least doll them up a little first. This blindfold’s a nice touch – seeing as how the original version is super rabak. 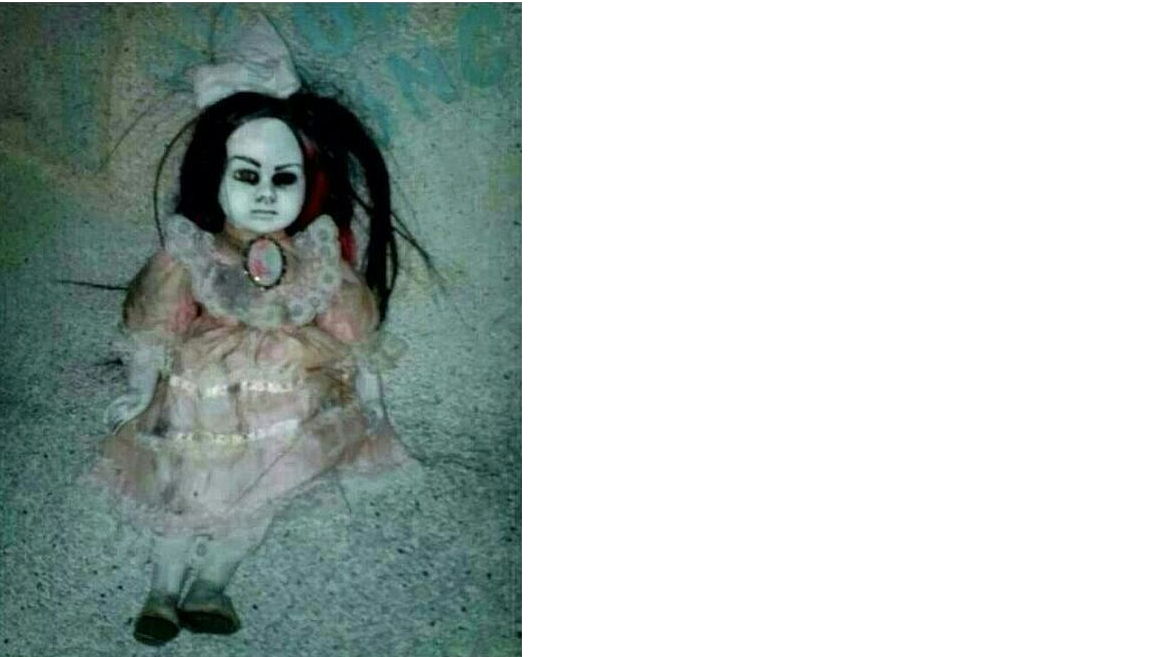 Looks like someone’s having a bad face day Source

Tip: get a permanent marker and draw some arches to get those brows on fleek, or whip out a contour stick out for a sharper jawline. You never know which supermodel might possess it one day.

Please, you only job is to randomly appear in camera frames smiling eerily, not come out in broad daylight hijacking my grandmother’s favourite machine. You are not #bodgoals – we can’t even see you. #boredghost sounds more like it.

In what’s said to be a Tekong legend, a boy from Ninja wrote out the words ‘Wo ORD Le’ on the vents of an air-con unit before committing suicide by jumping off the highest floor of his Company. Those three words could never be removed from the vents – it’s as though he left a part of his soul there.

This little guy just can’t find a better thing to do than to taunt us university students. Apparently the jungle’s getting boring, and pangolins are now on a quest for education. 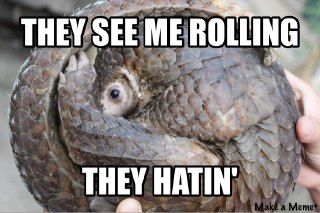 Sorry, friend, our canteens don’t really serve insects. Or maybe pulau NTU does. Heard that it’s an island with its very own kampung.

If anyone else tells you that Singapore is a perfectly sane place to live in, prove them wrong by setting their homescreen as #3. Or just bring them on a trip to the MRT stations with a doll in hand to see how a full-sized doll dropping through the platform gap is something not common but not uncommon in our little island.

The Warehouse Hotel: First Undercover Look At The Staycation Potential Of This New Hotel
9 Common Internet Mistakes That Will Get Singaporeans Into Deep Trouble