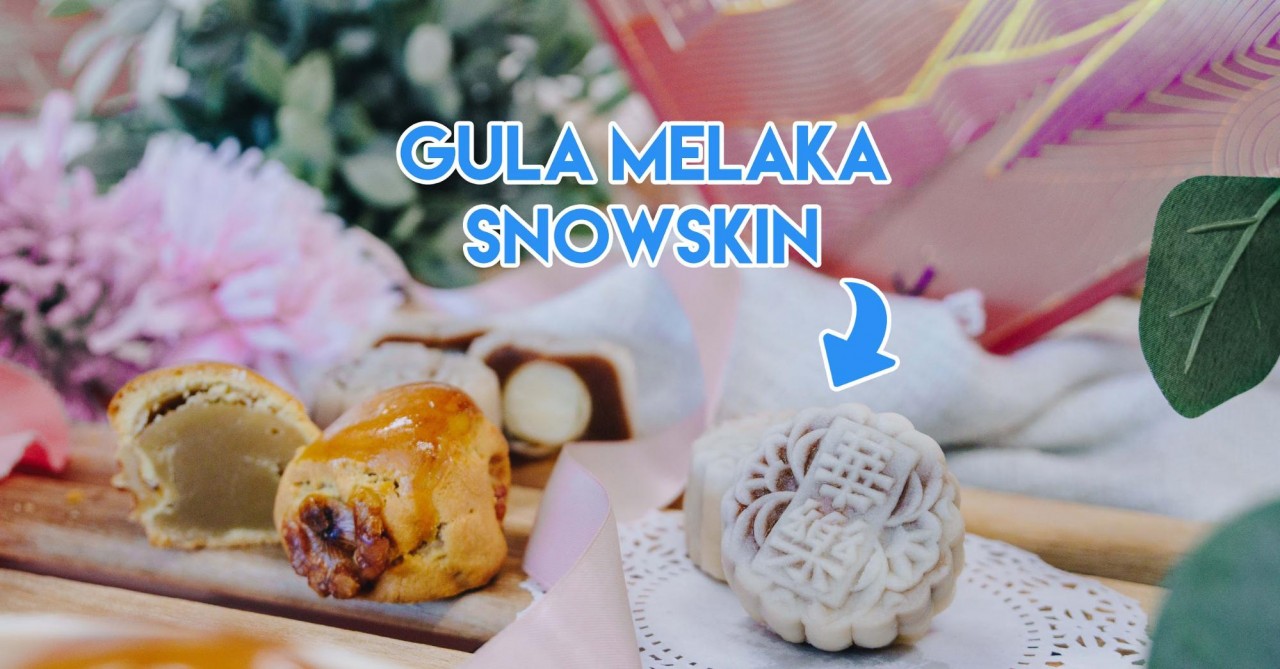 Whether traditional or snowskin mooncakes are what your taste buds crave, all mooncake connoisseurs can agree that it’s the month leading up to the Mid-Autumn Festival we enjoy most – that’s when Singapore’s leading hotels reveal their new creations. And from now to 24 September 2018, Carlton Hotel has both traditional and snowskin mooncakes waiting for us.

From Gula Melaka Snowskins to Mini Walnut Moontarts, we tried Carlton Hotel’s mooncakes ourselves and here’s what we thought: 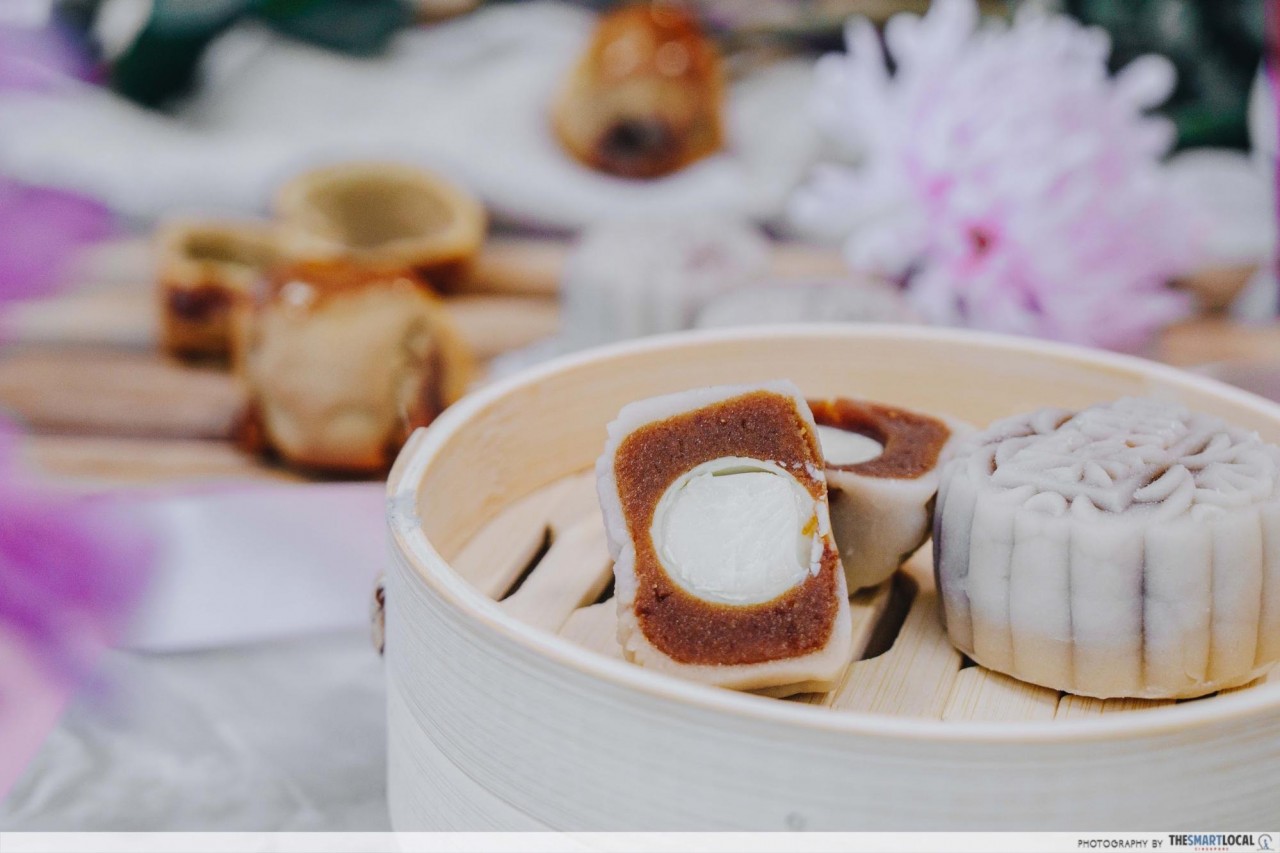 Carlton Hotel already has a solid lineup of snowskin mooncakes, but their newly-released Mini Gula Melaka Snowskin Mooncakes ($67.40) are the ones we’re eyeing this year. Bite through the soft snowskin and you’ll be more than pleased with the generous filling of gula melaka. 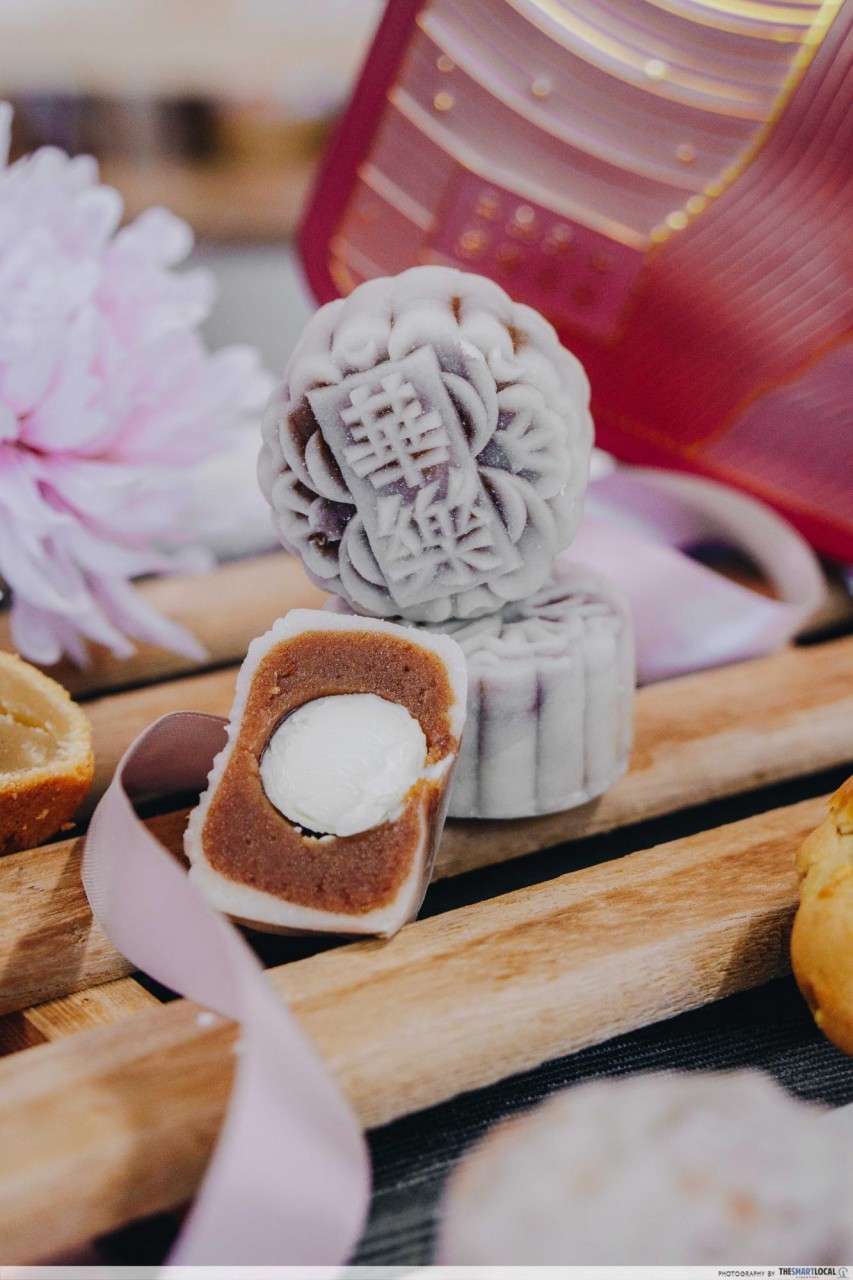 Once you reach the centre, there’s a crunchy white chocolate ball that pairs perfectly with the subtle coconut flavour of the gula melaka. 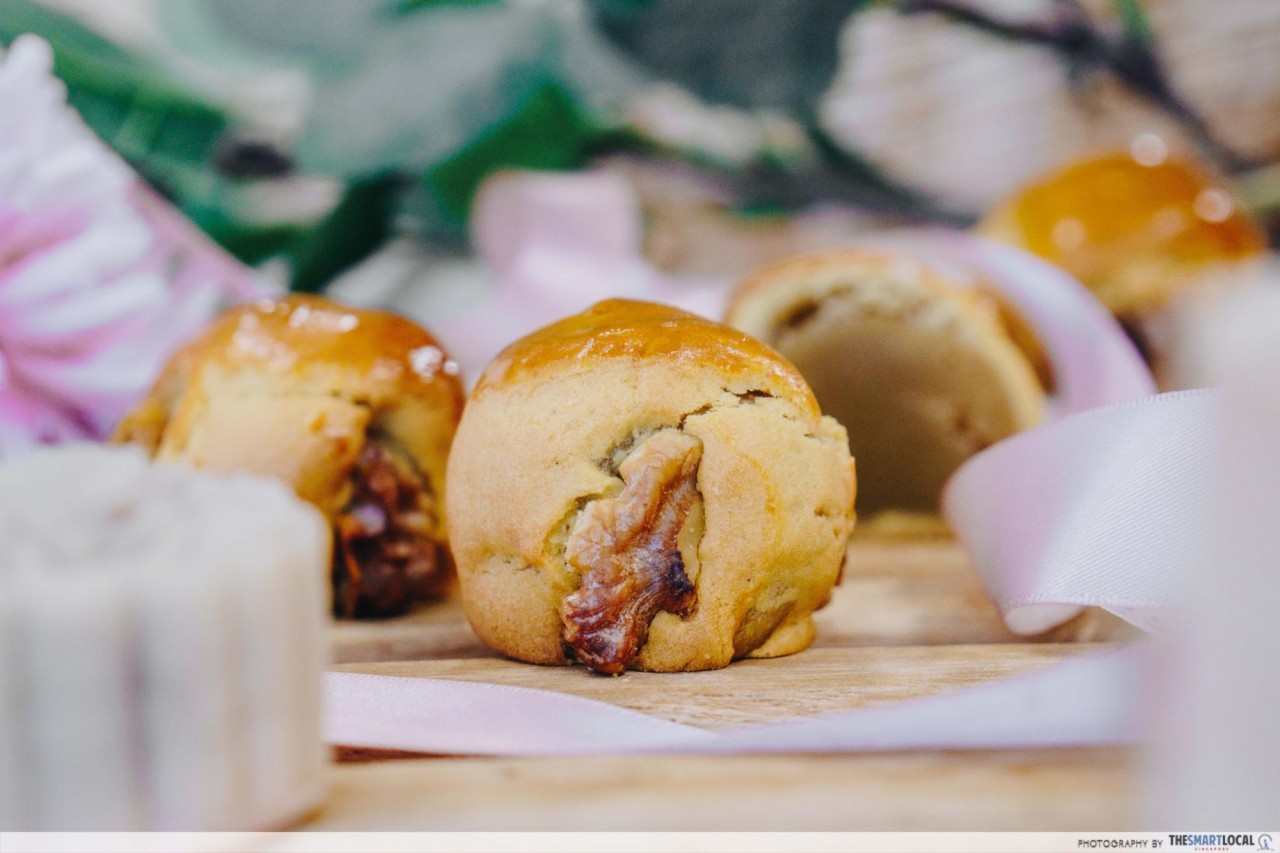 If lotus paste mooncakes are more up your alley, try Carlton Hotel’s signature Mini Walnut Moontarts With Egg Yolk ($66.30). It has a crisp crust made from walnuts and is filled with smooth white lotus paste and egg yolk – no surprise that it’s consistently one of Carlton Hotel’s bestsellers! 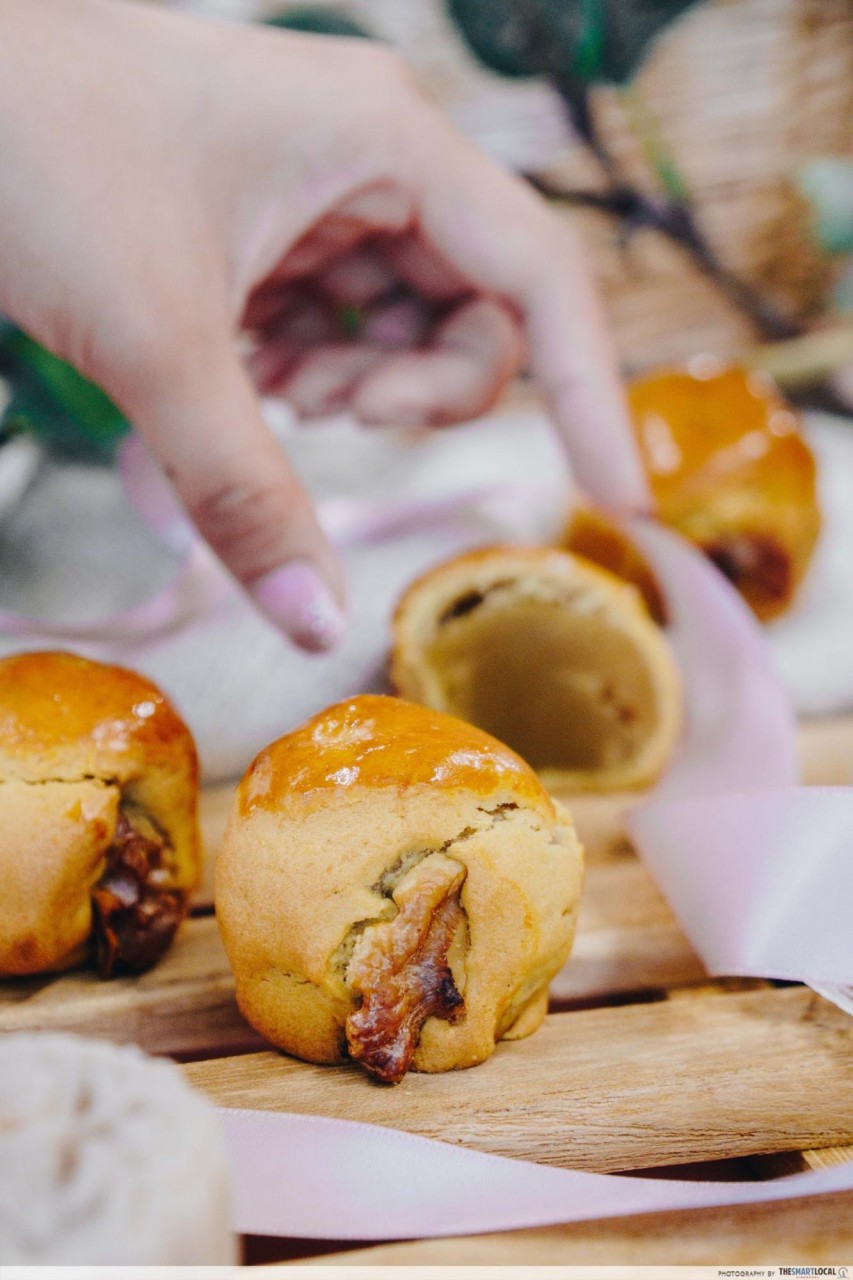 It comes bite-sized so you can easily devour the entire moontart in one go.

But if you’re looking for a healthier alternative with less sugar, try the Mini Walnut Moontart (Low Sugar) for $64.20 or the traditional White Lotus Paste (Low Sugar) Mooncakes for $68.45. Both mooncakes come without egg yolks, and there’s still a tinge of sweetness but without the unwanted guilt of consuming too much sugar. 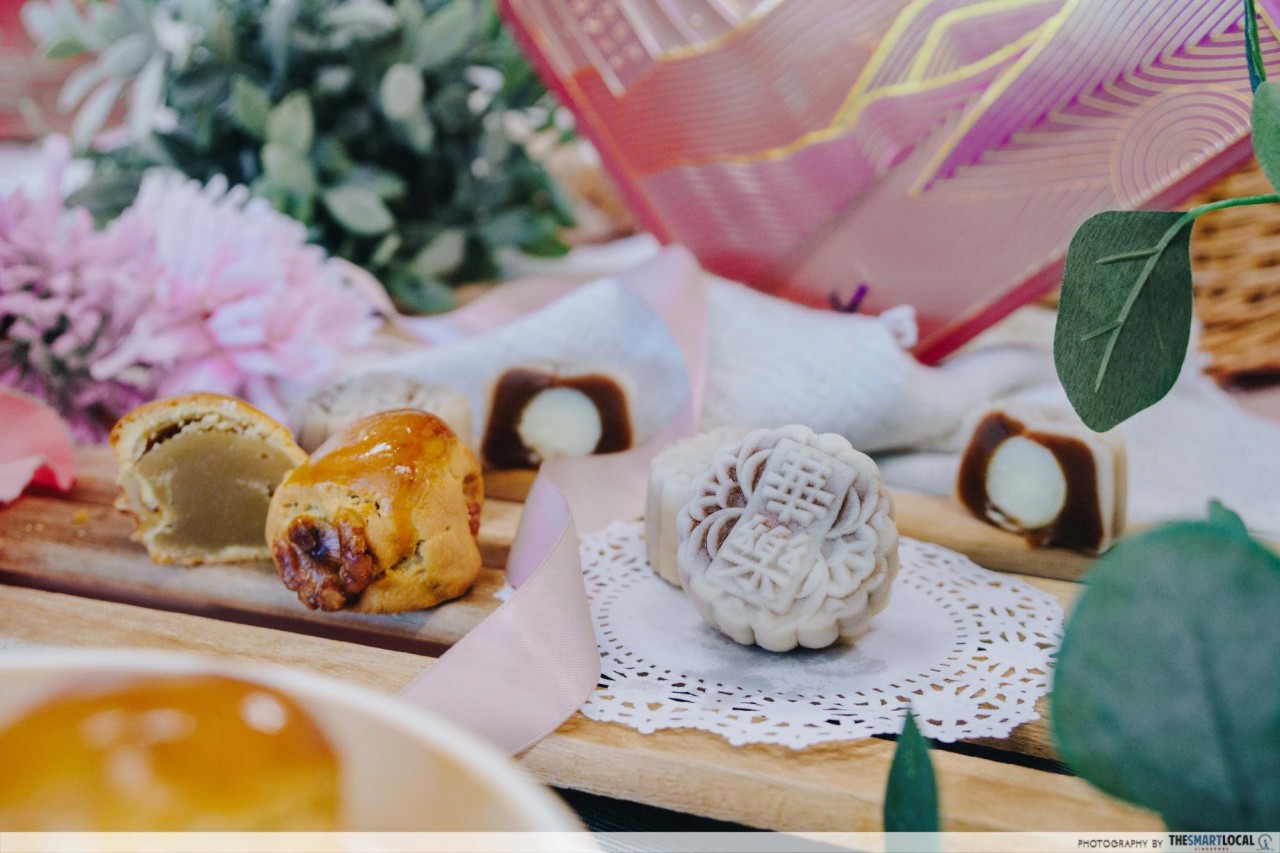 This Mid-Autumn Festival, there’ll be plenty of mooncakes to try from Carlton Hotel. Whether you’re biting into a crisp Mini Walnut Moontart or pillowy-soft Gula Melaka Snowskin, there’s bound to be a mooncake for everyone.

You can purchase Carlton Hotel’s mooncakes online, or at the following booths:

All prices are inclusive of GST.

This post was brought to you by Carlton Hotel.

Thai Food Festival Chang Sensory Trails 2018 Is At Marina Bay's The Lawn With 24 Signature Thai Home Recipes
10 "Crazy Rich Asians" Places To Visit In Singapore - A Travel Itinerary Based On...