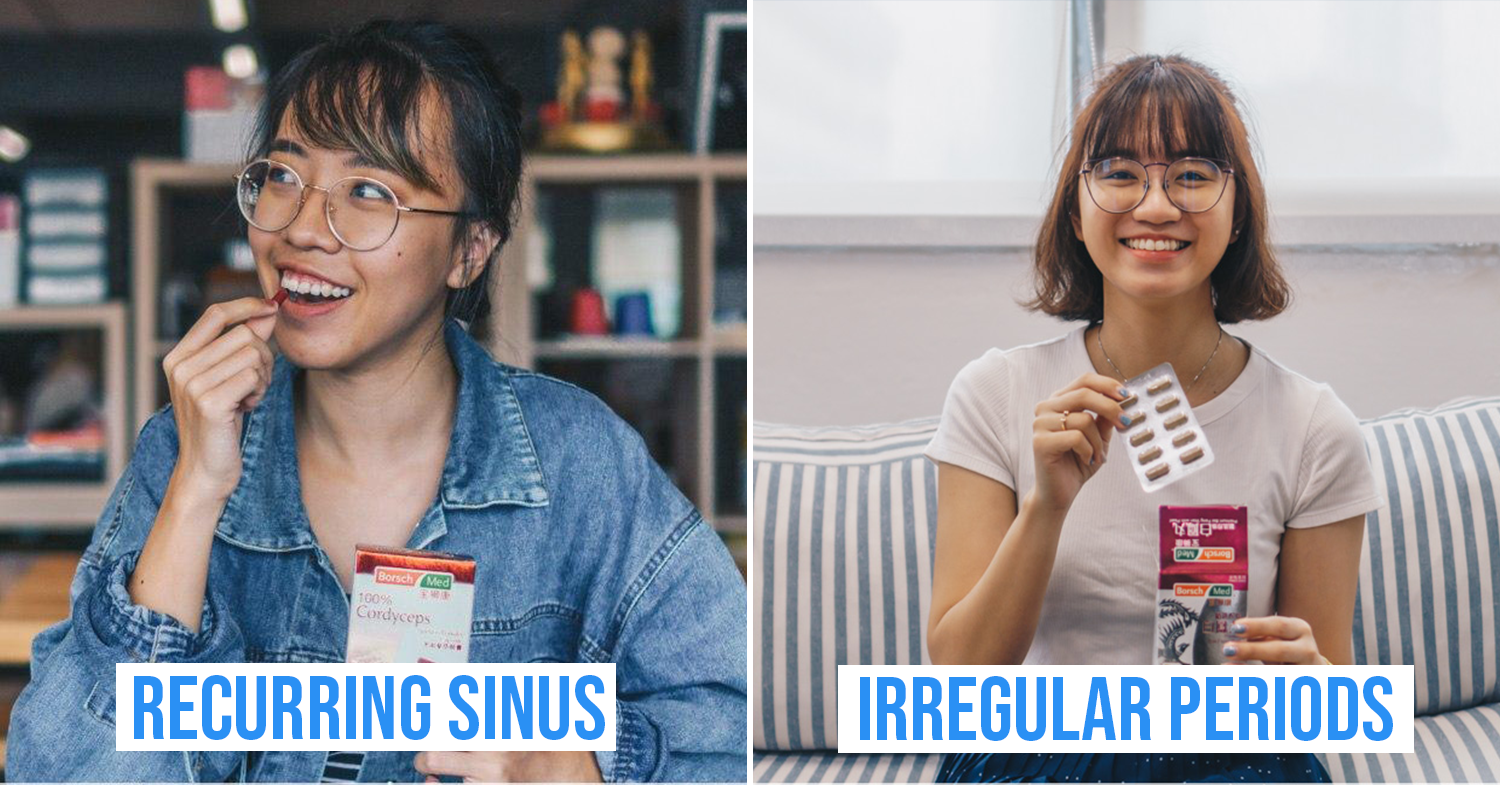 As we move further along the adulting phase, we’ll notice that our health just isn’t as robust as we once thought. We start falling sick more often, feel fatigued 24/7 and before we know it, other issues like joint pains or irregular digestion start to creep in.

We all know healthy diets and exercise help to thwart these problems, but there are still some extra steps you can take to improve your health. These Singaporeans we interviewed tried incorporating Borsch Med health supplements to their routines for 3 weeks straight to see if they could help combat their persistent ailments. 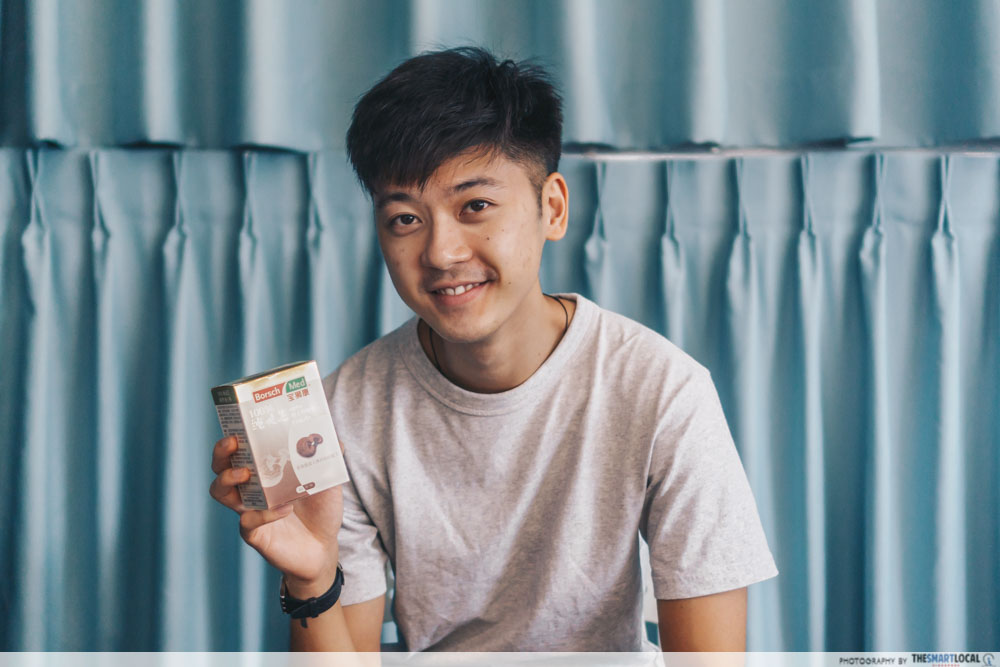 Bryan used to be able to stay awake and alert for upwards of 12 hours a day, but that number’s now gone down to 9-10 hours with a continuously decreasing trend. It’s made worse by occasional indigestion causing him to feel bloated, and thus more lethargic, after meals. “I’d just want to lie down after every meal”, he says.

After taking Borsch Med 100% Lingzhi Cracked Spores Powder Capsule, he’s seen an improvement in energy levels. While he was constantly fatigued before, he now fluctuates between tired days and energised days, and sees more of the latter. He shares, “I can now stay awake after long workdays to get things done instead of instantly crashing the moment I reach home”.

His issue with bloatedness has become milder as well, sharing that he’s kept productivity high even after lunch.

Optimistic about the future, “I hope the positive effects will be visible over time to come with continued intake”. Over the past few years, Ian’s noticed that his body processes seem to be slowing down. “I’m not as young as before,” he laughs.

Despite cutting down on portion sizes, he laments the fact that he’s still noticeably gaining weight. Coupled with increasingly low energy levels, he finds it hard to be as enthusiastic and active as he wants to be.

With Borsch Med 100% 2-in-1 Lingzhi and Cordyceps Powder Capsule, he feels his metabolism slightly improving. Despite working from home and not exercising as much, his weight gain isn’t as evident as before. He’s even found the energy to organise his room over the weekend. “Usually I’m really lazy, but I’ve felt hyperproductive recently”, he shares.

His parents who, according to Ian, are “TCM experts” have told him that Lingzhi is good but usually tastes bitter. Thankfully, the Borsch Med 100% 2-in-1 Lingzhi and Cordycep Powder Capsules don’t have that lingering aftertaste, as it only contains pure cracked spores which are odorless. It’s purely cracked nature also gives it 75 times more therapeutic effects than uncracked spores! 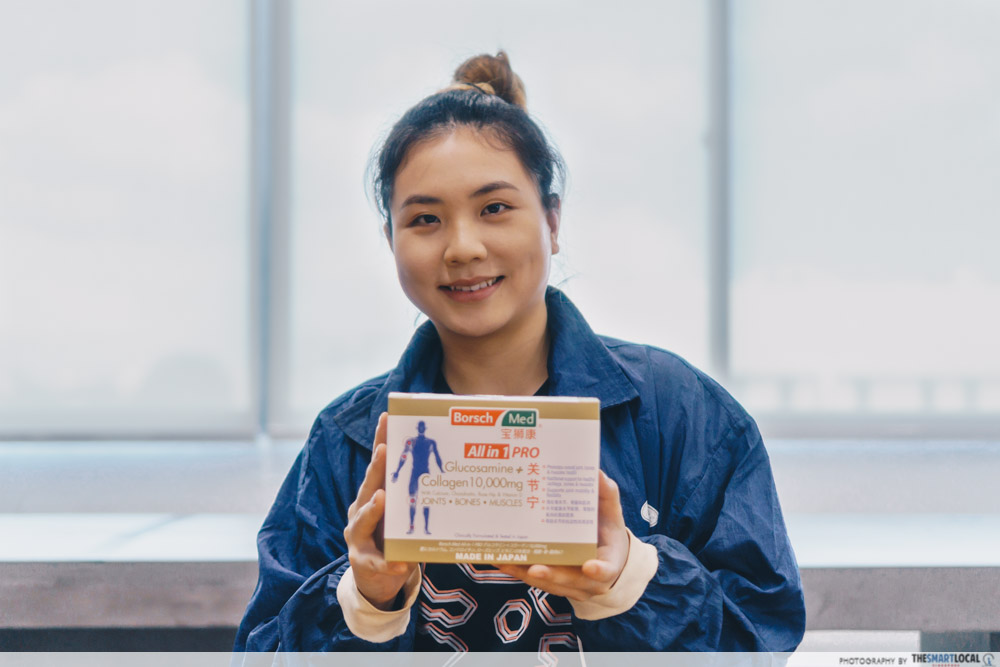 As a water polo player training with the national team, Clarisse is no stranger to the usual muscle sores. However, the heavy loads on her knees and shoulders have caused joint pains that hurt when she wakes up.

“It’s been affecting my training and performance”, she says. “I used to be more flexible, but lately, it sometimes hurts when I move”.

After taking Borsch Med All In 1 PRO Glucosamine Plus Collagen 10,000mg With Calcium, Chondroitin, Rose Hip & Vitamin D, she shared that the daily discomfort has been reduced. Doubling as a painkiller, it has also helped ease the strains on her joints and muscles after intensive training sessions. She recounts forgetting to take the supplement one day after training and felt the throbbing pain slightly resurface in her knee.

When asked whether the powder sachets are an inconvenience, she replies that it doesn’t cause much trouble in her life at all. “It’s the same as preparing your morning coffee”. Alvy’s period hadn’t come for 2 months, but that wasn’t the only thing that was affecting her. She was worried about an “imbalance of things”, physically and emotionally, and was feeling down and stressed more often.

But after a couple weeks of taking Borsch Med Premium Bai Feng Wan with Pearl, she shares that it’s helped her towards regaining a sense of “balance”. She’s had fewer mood swings and generally felt more energetic. It’s also helped her skin complexion. “Even though some nights I forgot to wash my face, my skin’s become clearer”, she adds.

She hypothesised that her inconsistent menstrual cycle was likely contributed by some hormonal imbalance, which the product helped alleviate. And while her menstrual cycle isn’t fully regular yet, she’s hopeful that it’ll return to normal soon. 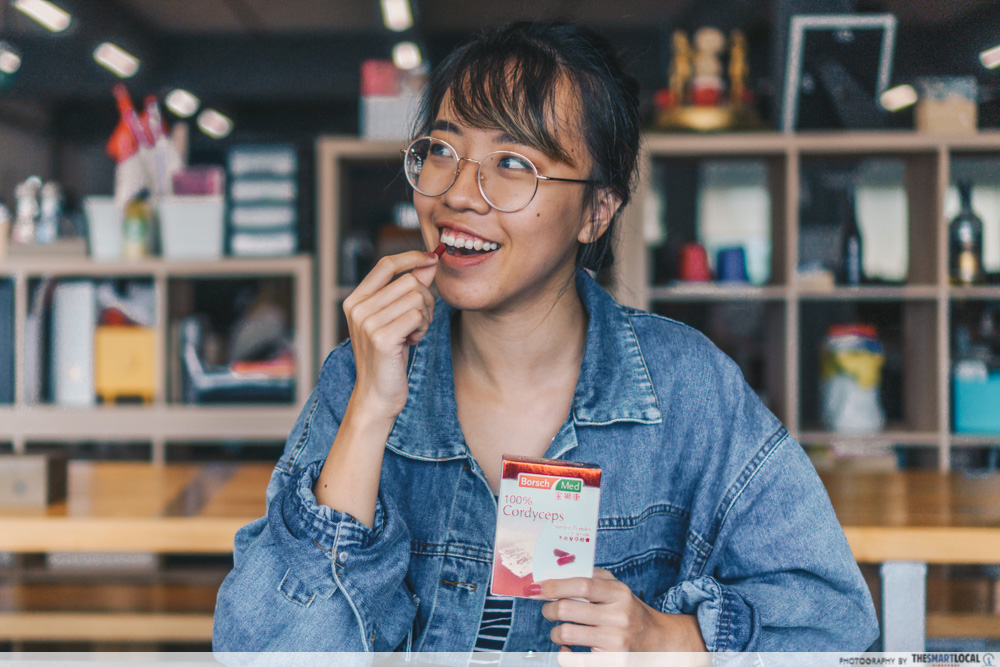 Dust, fur and pollen have always been Kezia’s worst enemies, with the slightest amount bothering her with bouts of blocked noses, sneezing and coughing. “I can’t walk through a flower field, and people can’t give me flowers”, she says.

As her respiratory system and nose always seem to be failing her, she decided to give Borsch Med 100% Cordyceps Sinensis Powder Capsule a try to see if there was finally a solution. And while the supplements didn’t remove her sinus problems completely, it’s reduced the frequency.

“I remember cleaning my typically dusty room one day and surprisingly, there was no reaction at all”, she recounts. Unfortunately, no one’s given her flowers, so she can’t comment on the effectiveness against pollen, but dust seems to be less of a problem to her now. 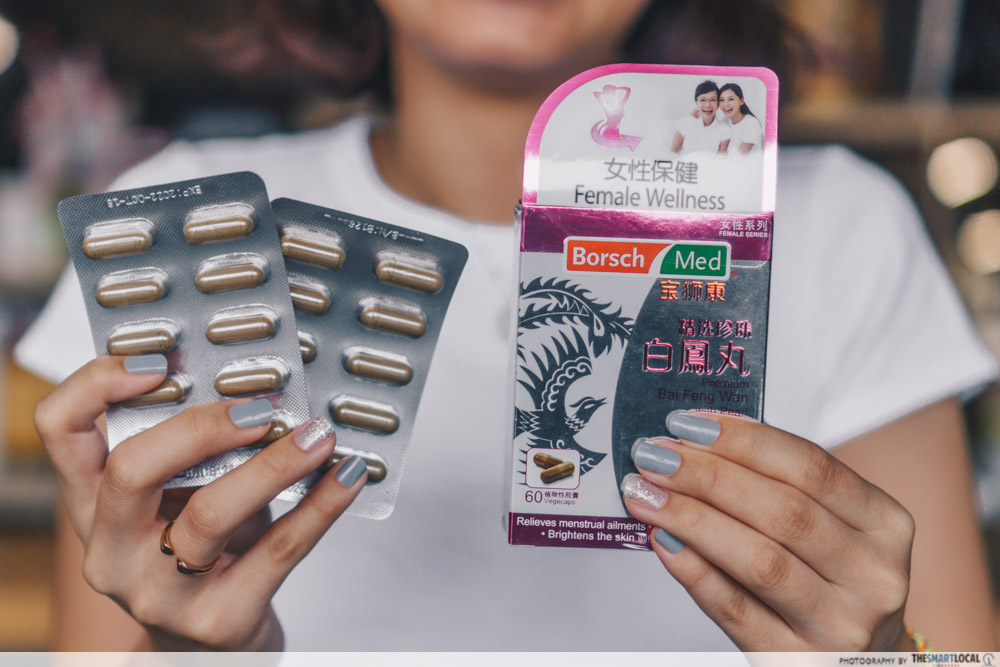 Borsch Med’s supplements infuse traditional medicinal ingredients such as Lingzhi spores and Cordyceps into accessible pills and sachets for the daily consumer, making them super convenient to incorporate into daily lifestyles. For most of the supplements, all you have to do is take them twice daily with lukewarm water.

Their ingredients used are also of top notch quality – their Lingzhi for example, is harvested and cracked by using patented and advanced technology to achieve a 99% breaking rate for optimal absorption in the body. They also include antioxidant properties to prevent it from being oxidized, ensuring a longer shelf life and quality maintenance over time. Borsch Med Lingzhi is also certified as organic. 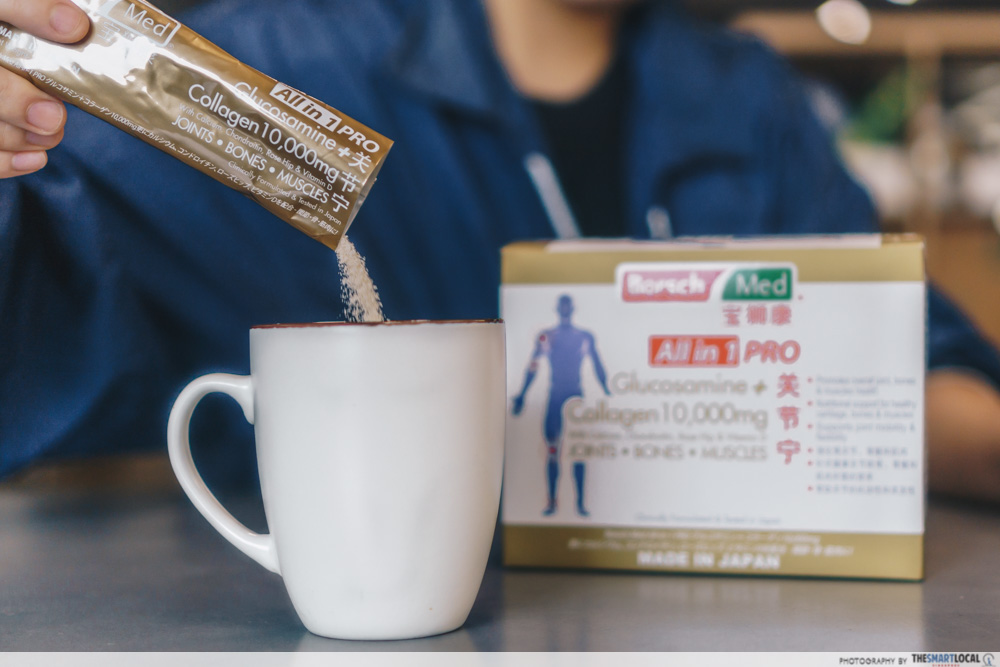 While they don’t provide instant relief to health problems, they can work their magic when taken daily for a sustained period of time. These 5 Singaporeans who tried these supplements for three weeks all noticed subtle, yet impactful, positive differences to their health which will hopefully continue to improve their daily lives.

Whether you’re facing weak immunity, digestive issues, menstrual issues or just general health issues, there’s bound to be a product that’s a match for you. You can browse any of the supplements featured above along with many more on their website, and they’re also available at selected Watsons, Guardian, Unity and Fairprice stores islandwide. What’s more, if you sign up for the Borsch Med membership online at their website, you’ll score an instant $10 reward and 5% membership rewards for online purchases*.

With Mother’s Day just around the corner on 10th May 2020, getting them Borsch Med supplements to alleviate any health conditions they might have will also make a timely gift!

This post was brought to you by Borsch Med. 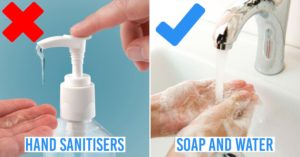 This 5-Step Technique Will Help You Disinfect Your Phone Without Spoiling It
Shilin Singapore Night Market Will Be Online In June Instead To Bring Taiwan To Your... 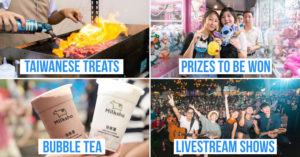