Bibigo is owned by Korean food company CJ Foods, which cut its teeth putting out sugar products back in 1953. The first Bibigo branch was opened in Seoul, and they came to our sunny shores in 2010. Today, Bibigo can be found not just in Asia, but also in the US and UK. With a goal of opening 1,000 restaurants in 20 countries by 2017, Bibigo has no intention of slowing down.

In Singapore, Bibigo can be found at Raffles City, NEX, as well as Suntec City. The outlet at Raffles City has larger and slightly pricer portions. Some of the mains, such as the Kimchi Stew, also come with Banchan (small side dishes) at Raffles City, but you’ll have to order these separately at the other two outlets.

Bibigo rolls out new dishes for their seasonal menu every quarter. These dishes are conceptualized by the CJ’s R&D team based in Korea. The current seasonal menu will last till end-December, so be sure to try out these dishes before it’s too late! 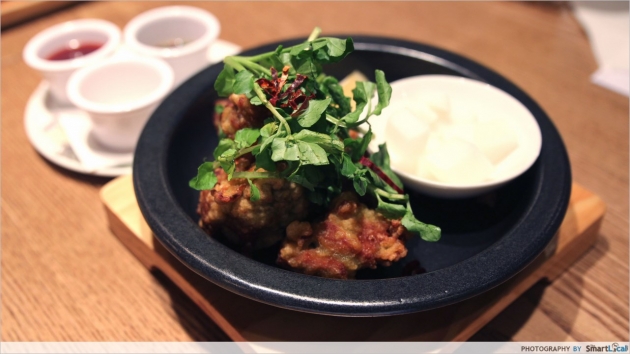 The Gangnam Chicken from the seasonal menu came with three different accompaniments – soya sauce, sweet and sour sauce, and salt and pepper, the latter of which is the traditional condiment that goes with fried chicken in Korea. Keeping in line with Bibigo’s vision of serving healthy food, this dish is prepared with a chilli and green onion coat beneath the batter – squint and you can just about make out a hint of green peeking out. 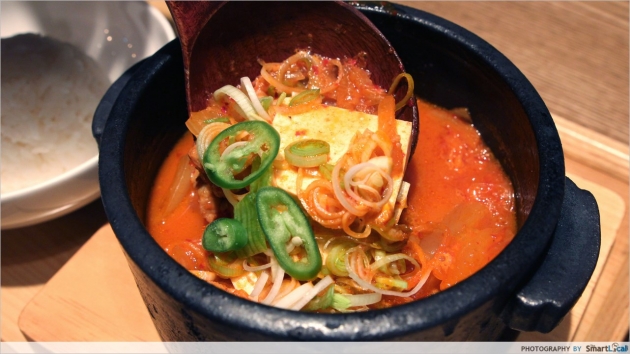 The second seasonal item we tried was the kimchi stew, which was one of the biggest hits with everyone present. The kimchi stew at Bibigo was thick and flavourful, and by far outshined any similar dishes we’ve had at other Korean restaurants. Next, we had the kimchi pancake, also from the seasonal menu. This was not bad, but not as outstanding as some of the other dishes. 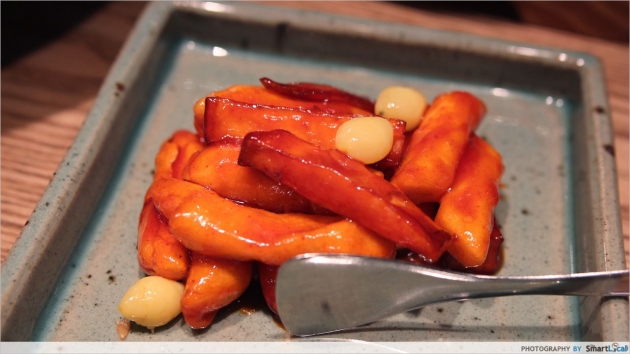 The fried ricecakes came in a Kohot sauce made of hard pepper, and they were irresistibly chewy. Korean ricecakes are traditionally boiled in a pot, but Bibigo’s simple change-up of cooking method gives an otherwise simple dish so much more dimension through its addictive texture. 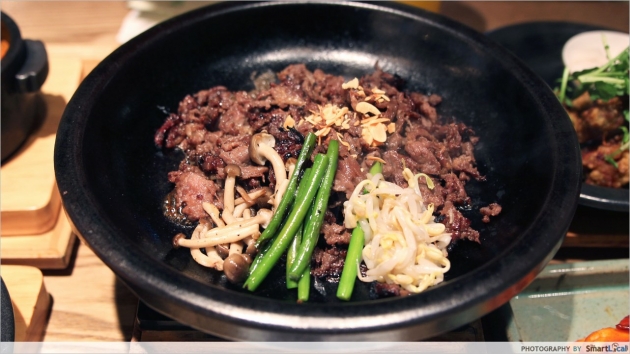 We also had the Char-grilled Bulgogi, which is one of the best-sellers at Bibigo. The meat was well-seasoned and tasty, and as authentic as it gets. Last but not least, we tried the Hoddeok a la mode, which is a sweet Korean pancake. This is actually a humble streetfood (famous throughout Korea, but especially in Busan), but Bibigo’s version comes with ice cream and is plated so beautifully, it wouldn’t look out of place at Gordon Ramsey’s restaurant. This was a delicious sweet treat for us to end the meal off with, and we polished off the plate within seconds.

The tasting at Bibigo saw us leaving extremely satisfied, and converts to die-hard fans of the chain. For those who have never tried Bibigo before, you might be pleasantly surprised to find that it serves delicious yet affordable food, with quite a few of the mains being priced at $10-$15. 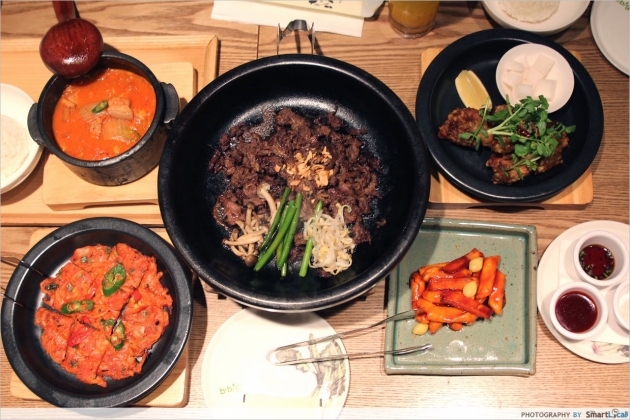 They are currently having their seasonal promotion, and upon purchase of the Gangnam Chicken ($10), you can get 2 bottles of beer for another $10. Chimak is what they call it – that’s a combination of the words “chicken” and “maekjoo” (beer) – and yes, this is a classic pairing that we say is too good to resist. Bibigo is located in Suntec City, which is accessible by both Promenade and Esplanade MRT stations on the Circle line. Alternatively, it is a 10 minute walk from City Hall MRT.

0
SHARES
ShareTweet
Waiting For Godot Comes To SOTA - We Interview Peter Reid, Director Of The Production
11 Urban Legends That Have Haunted Singaporeans For Years - The Truth Behind Them