Useful hacks to get you through BMT 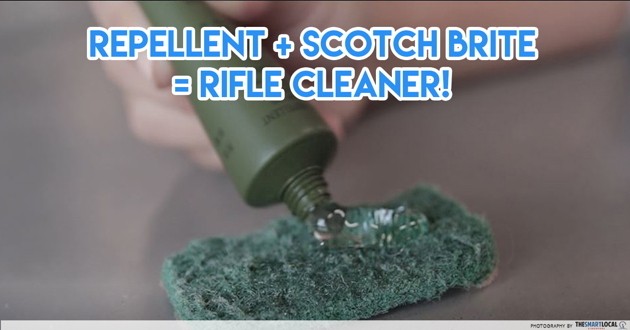 If you’re enlisting anytime soon, then by now, you’ll probably know all the basic survival tips for BMT already. “Act blur, live longer” is a solid piece of advice, but here’s a list of next-level pro tips for new recruits.

From using mosquito repellent to clean off those stubborn carbon stains on your rifle to using shampoo to wash off camo cream, here’re some creative hacks from the people who’ve been there and done that.

1. Buying an extra set of everything “for display” Standardisation is key in BMT. From haircuts to uniforms, each recruit must be an exact clone of another. This is especially important during bunk inspections, where your sergeant will nit-pick everything, down to the way your clothes are folded and displayed in your locker. To save you the hassle of having to constantly arrange all these clothes every time there’s an inspection, buy an extra set of everything you need to display (uniform, underwear, toothbrush, soap, etc.) and leave it unused in your locker.

Trust us, the investment will make your life a whole lot easier.

2. Try using shampoo instead of soap to clean camo cream from your face 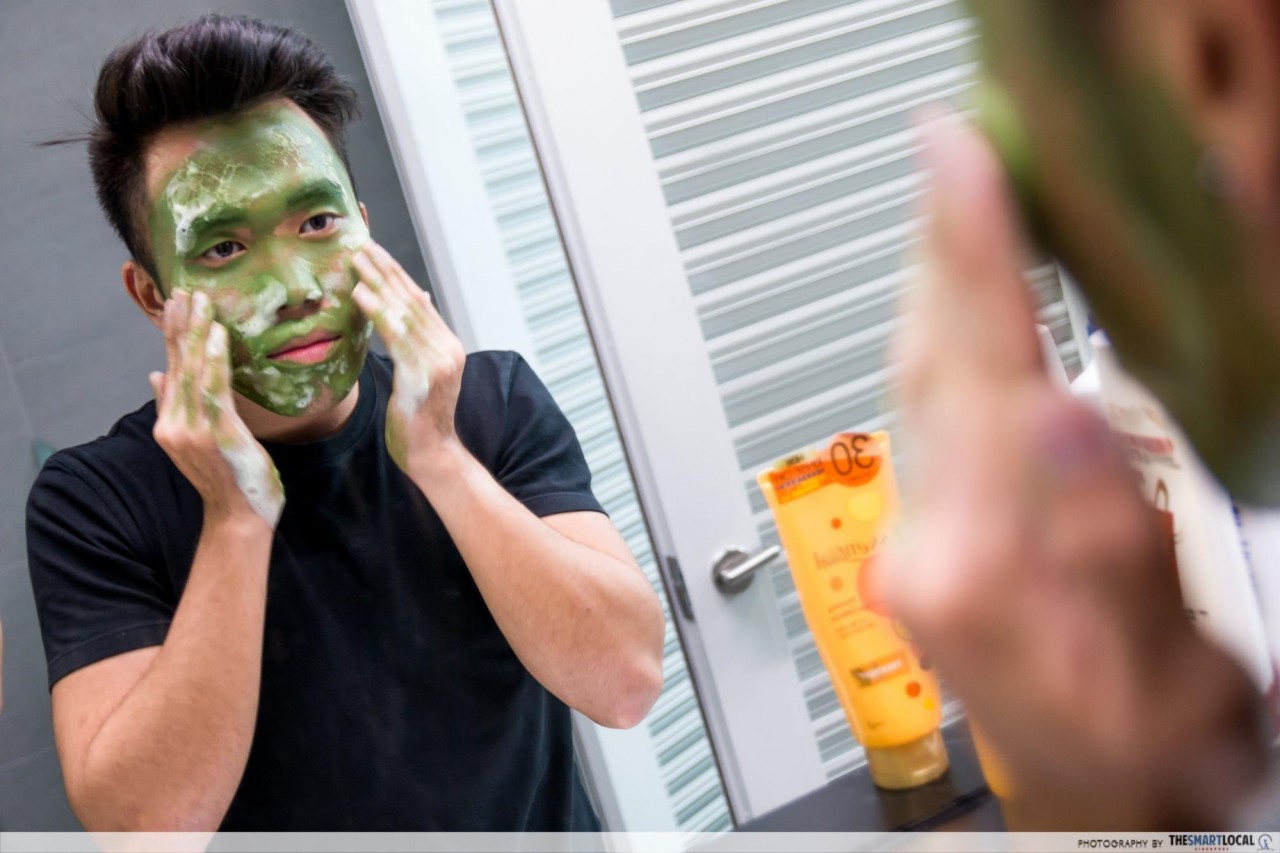 The bane of every hygiene-obsessed recruit’s existence – Camo cream.

It’ll always be a mystery what unearthly substance camo cream is made of that makes it so hard to wash off. We’ve heard stories where an NSF discovered camo cream under his chin two weeks after the last outfield exercise!

To get rid of camo cream quickly, we’ve heard that shampoo is super effective – just try it for yourself. Skip the soap or face wash and go straight for the shampoo on your face. For some reason, it just seems to get the job done way quicker.

3. Use mosquito repellent and non-scratch Scotch Brite for rifle cleaning

Mosquito repellent doing a good job of cleaning off almost anything.

If you think camo cream is hard to clean off, wait till you pop open your rifle after your first live firing exercise at the range. There’s probably more carbon in there than in a barbecue pit at East Coast Park. The best part is all you’re given in the standard rifle cleaning kit are a few tiny brushes and a bottle of oil.

To make life significantly easier when cleaning your ‘wife’, bring along some non-scratch Scotch Brite during your next book in. Throw a bit of SAF insect repellent into the mix and watch those carbon stains disappear faster than your Encik trying to catch the 5pm ferry off the island.

4. Look out for popular foods that your fellow buddies don’t eat Every NSF who has gone through BMT will know that there are highly-coveted foods in the cookhouse, such as fried chicken, sausages, or ice-cream. While you can request for extra rice or vegetables for most meals, there’s usually a fixed serving of these rare dishes. 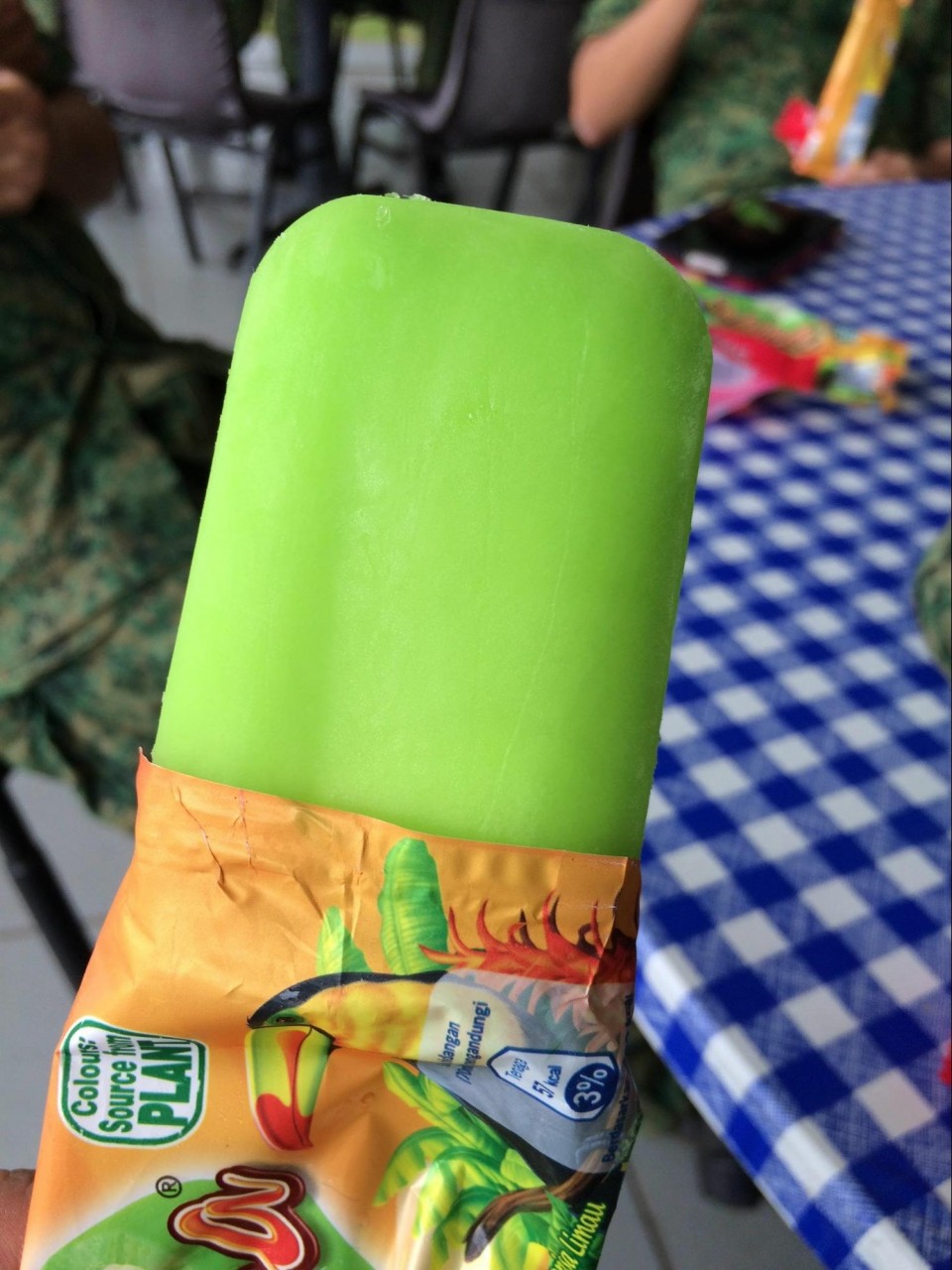 That being said, there will always be those few picky eaters who can somehow turn down fried chicken. I know, right?

So, keep an eye out for what your fellow recruits don’t eat. If you know they’ll pass on a drumstick, buddy up with them when you’re both getting food, so you can swoop in and claim their share as your own. It might seem like a very trivial matter now, but in Pulau Tekong, every drumstick counts.

5. Plan beforehand on how to open your locker quickly

There’s a general rule during BMT that all recruits’ lockers should be locked with a coded lock whenever they’re out of the bunk. The idea behind this is to prevent theft but it also becomes a hassle when you have to fumble with your lock each time you forget something in your locker.

Each time you lock your locker, enter the first few digits of your code and stop right before the last number. The next time you need to reopen your locker, you just need to make that one final rotation and you’ll quickly get your locker open. Those few precious seconds are key when your sergeant gives you less than a minute to fall in at the company line.

6. Maintain your haircut on your own for more relaxation time 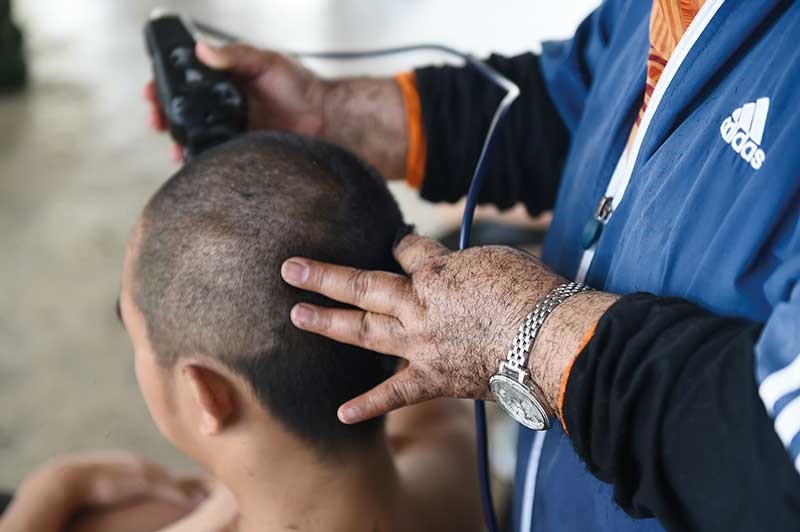 Every recruit in BMT is required to sport a buzz cut in the spirit of unity – and for hygiene purposes. This is such a big deal that there’s even a full-time barber on the island, and commanders frequently schedule haircuts for recruits who look less botak than others, so don’t bother trying to grow your hair out at all during BMT.

Haircuts are usually a time-consuming, sweaty and itchy affair that’ll usually take at least an hour or two. Everyone will be rushing to shower after. To avoid this, spend some time on weekends to give your head a clean shave. Either go to a barber or do it yourself because, let’s face it, it’s not like much can go wrong.

The result: While your fellow recruits get their haircuts, you can relax in the bunk and maybe even squeeze in a short nap while waiting for them to be done. 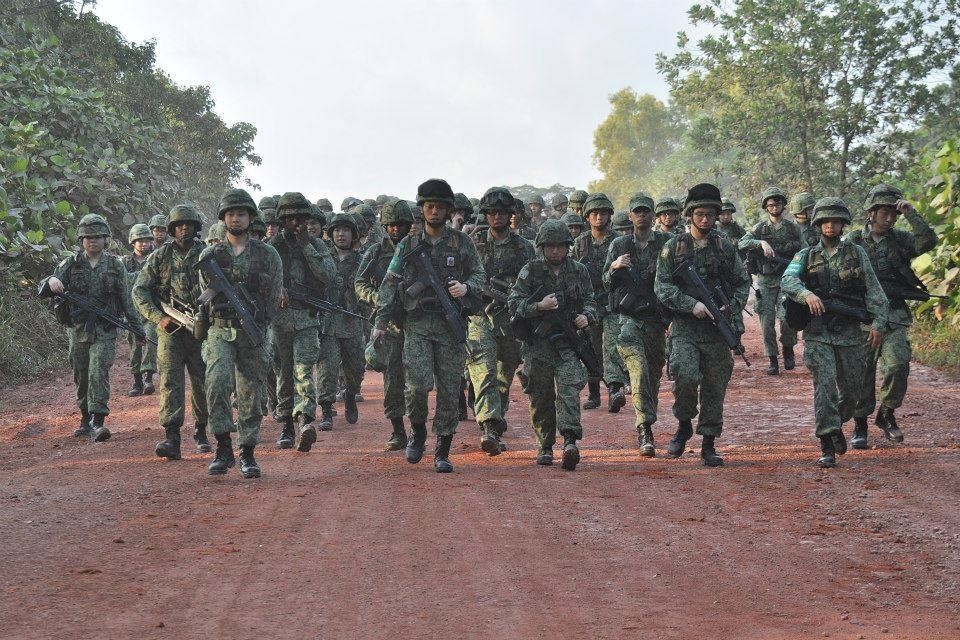 If there’s anything worse than having to lug around a 15kg field pack and your rifle during route marches, it’s the abrasions that come with these gruelling walks.

Unfortunately, thigh abrasions are quite the common problem when you walk long distances with sweaty and baggy pants constantly rubbing against the insides of your legs.

To prevent this, apply copious amounts of Vaseline on these “hotspots”. Alternatively, you could spend the next few days walking around like a crab on the beach. Your call.

Hacks for saving your NSF allowance too

Now that you’re armed with an arsenal of hacks to make your in-camp life easier, it’s never too early to plan for life beyond ORD. The weeks spent in camp may be long, but at least you know you’ll be able to save more money! Even more so if you’re signed up for POSB Save As You Serve (SAYS).

POSB SAYS is a savings programme specially for NSFs, that comes with a few perks. In your POSB Save As You Earn (SAYE) account, you get an additional 2% per annum interest rate on your monthly NS savings. Spending with the participating debit cards will also give you a 2% cash rebate on contactless MasterCard® transactions.

The debit cards – HomeTeamNS-PAssion-POSB Debit Card and SAFRA DBS Debit Card, will also give you access to many club facilities such as gyms, chalets and even LaserQuest, to make your book-out days more worthwhile.

At the end of NS, collect the savings you’ve racked up and celebrate your return as a civilian in style!

Exclusive: Sign up for POSB SAYS to get up to S$90 cashback*, and a chance to win a GoPro Hero 5 worth S$640! Plus, look out for special monthly deals in celebration of POSB’s 140th anniversary and NS50 from now till November 2017.

*For a limited time only, T&Cs apply.

*This article is not endorsed by the Ministry of Defence, Singapore.