Another Country, a W!ld Rice production, brings together various poems, short stories, and play excerpts from both Singaporean and Malaysian history and looks to unite us from across the Causeway.

Featuring over 60 texts adapted to the stage, and each individual scene lasting no more than seven minutes, don’t come in expecting a normal play. The acts move at breakneck speed, with actors switching characters and storylines at a drop of a hat. The set enhances the quick-fire nature of this play as well, with minimal designs and props. 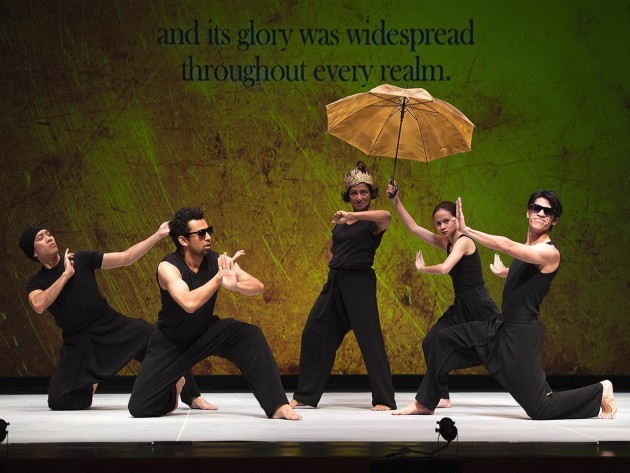 Encompassing various hard-hitting topics on the history of both nations, Another Country consists of two halves, each focusing on a different country. Up first was Sayang Singapura, a series of texts and poems curated by Alfian Sa’at. 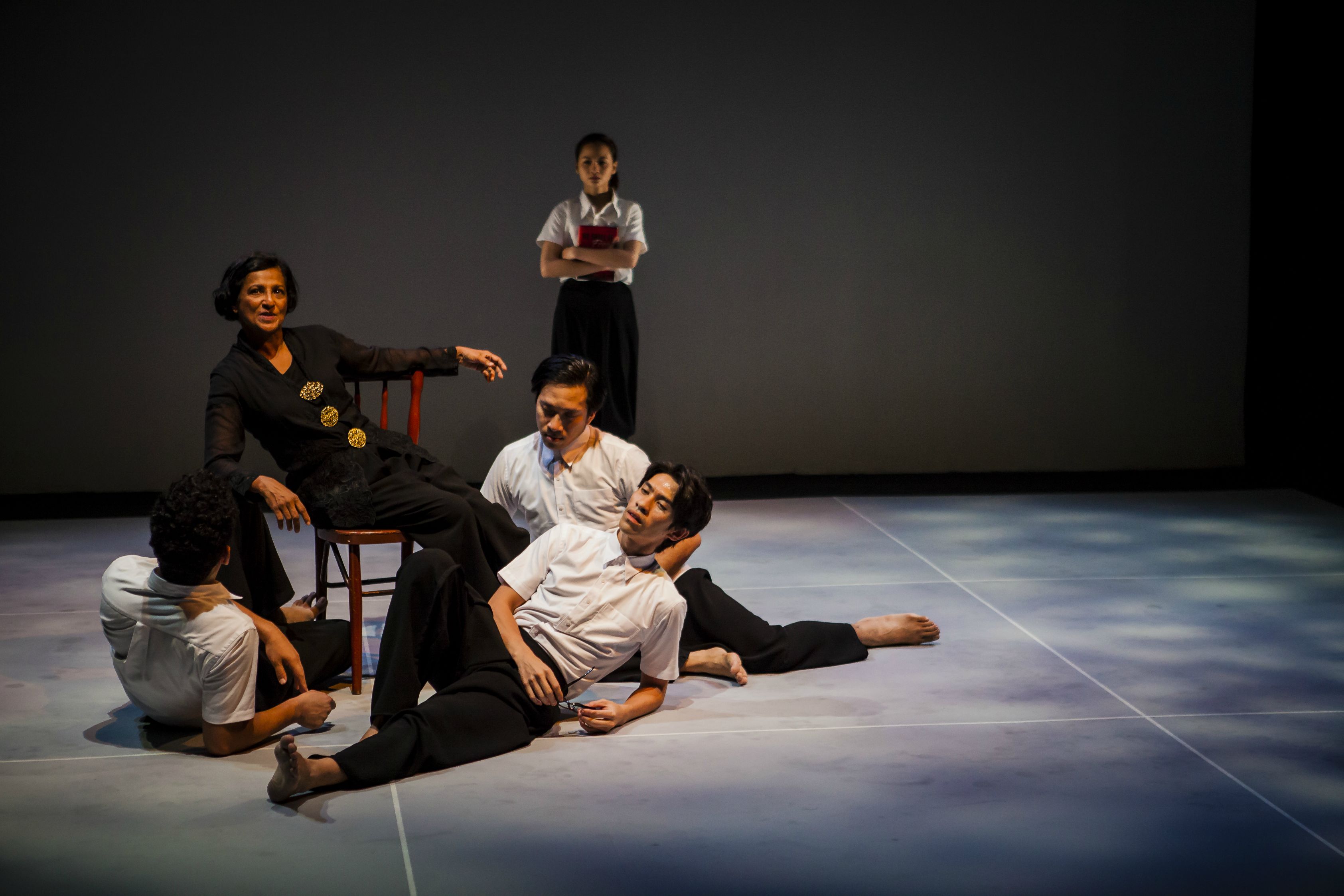 I particularly enjoyed 2 mothers in a hdb playground, a poem that encapsulated the typical kiasu spirits displayed by neighbourhood aunties. Both mothers displayed their competitive sides but keep close to the rules of playground talk – trading tips on handling their children, yet never giving up an opportunity to refer to their latest symbols of wealth. Despite this poem being written over 20 years ago, it holds truths about our people that are still relevant today. 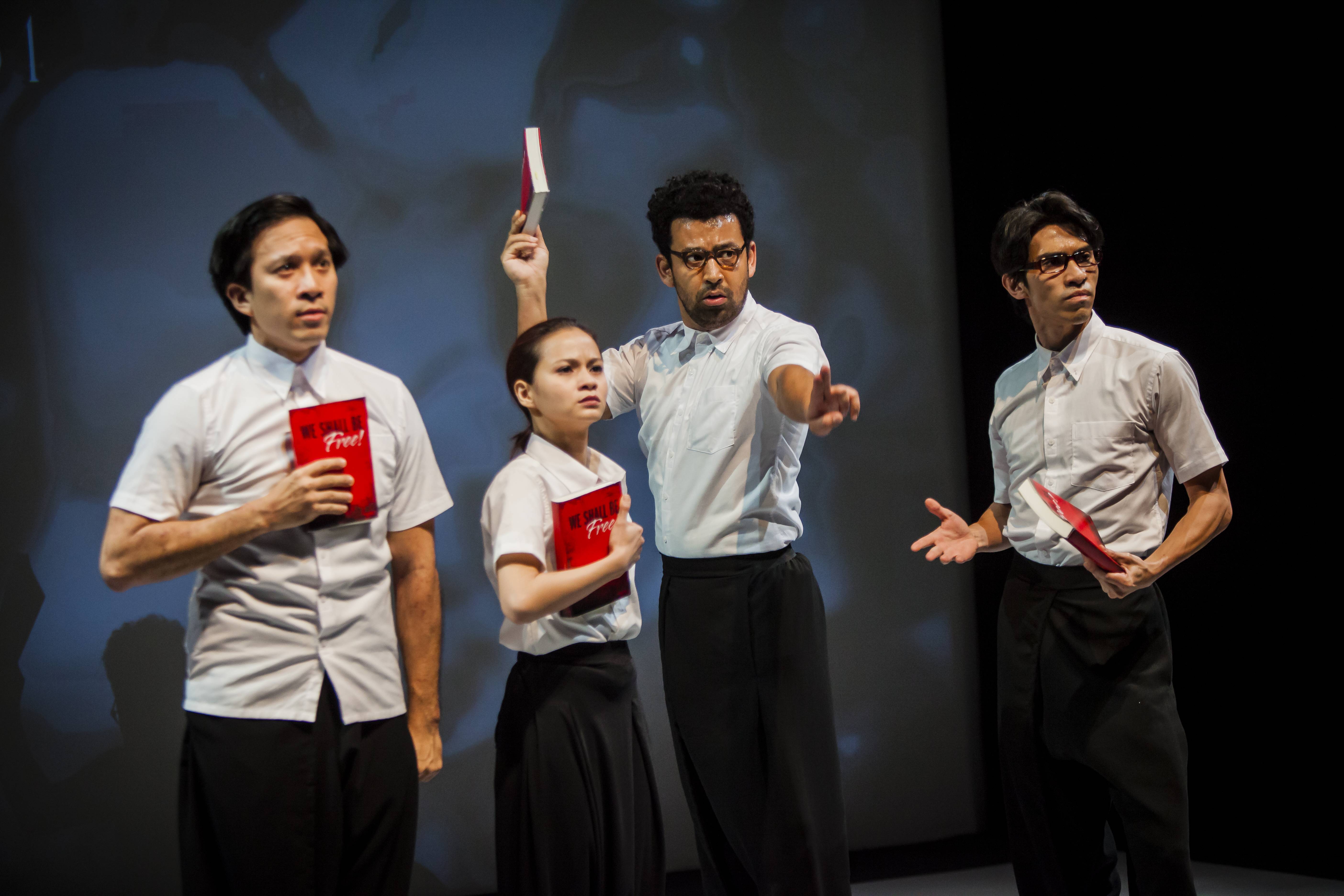 A surprise awaited us just before the interval – the Singaporean actors engaged the audience in a game of tikam tikam, to decide the running order of the acts in the second half. A clever adaptation of a childhood game, this brought an interactive segment to the show.

The second act, named Tikam-Tikam : Malaysia @ Random 2, was much more haphazard and casual compared to the Singaporean segment, due to the random sequencing. 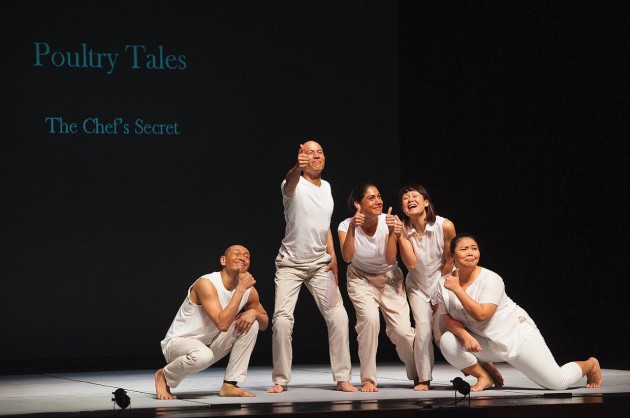 One act that stood out to me was Scorpion Orchid, a text featuring a love-lost sex worker and a hopelessly infatuated companion. The actors brought incredible emotion through their words and facial features, and you could feel the hurt and longing behind every word. 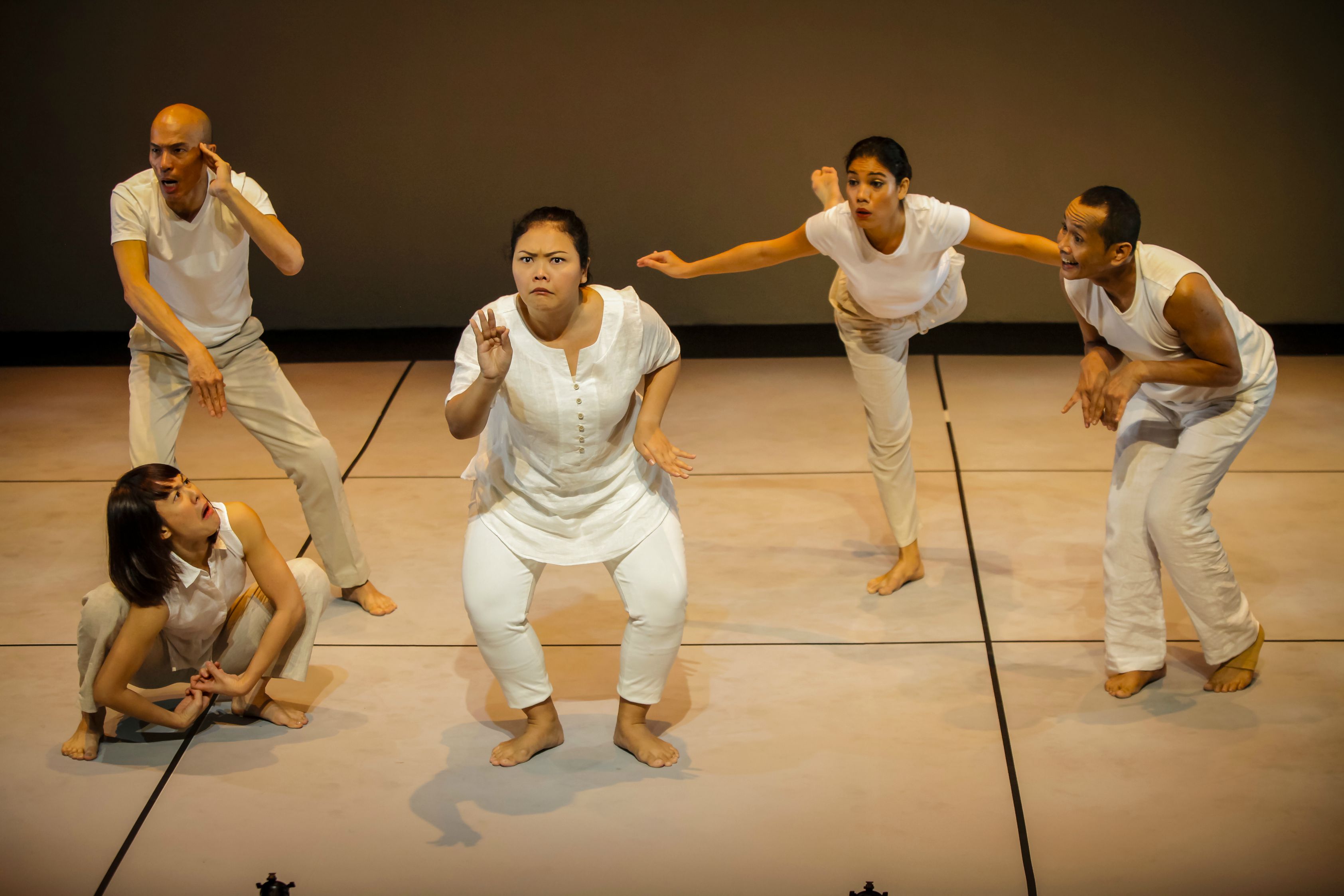 I liked the way each collection represented the idiosyncrasies of each country’s culture, with Singapore’s being by-the-book and chronological, while Malaysia’s was all over the place, messy, yet easy-going. Despite having little knowledge of the Malaysian texts curated, I found myself identifying with the characters and their struggles, which led me to question – are Singaporeans and Malaysians really that different? 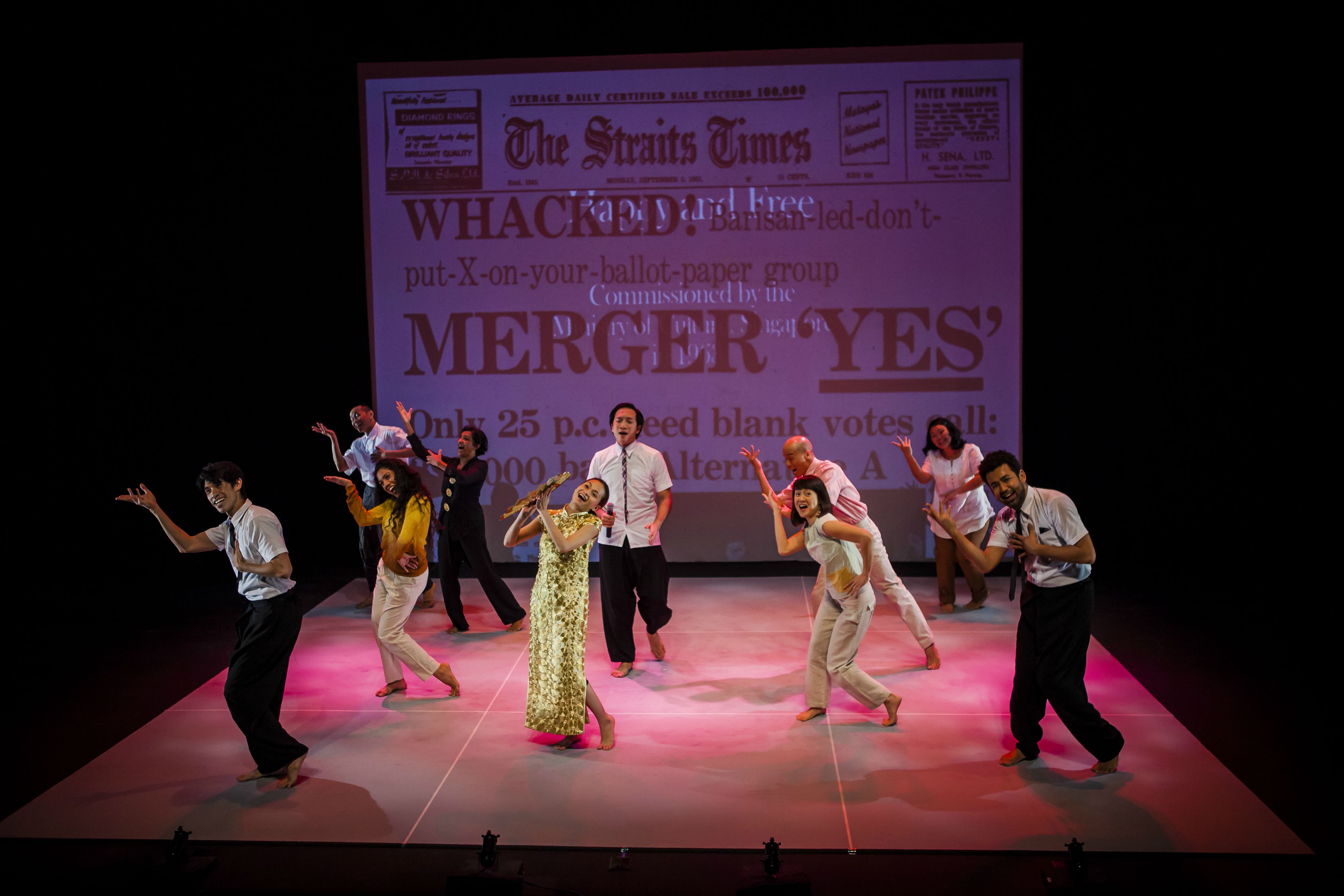 Another Country had me realizing that despite the separation of 1965, the countless disputes over natural resources, and our varying prejudices against each other, Singapore and Malaysia are different sides of the same coin. Learning about both nation’s histories and our uncanny similarities was an eye-opening experience, and it’s something every Singaporean should experience.

With an established cast featuring veterans such as Lim Yu-Beng, Janice Koh, Anne James and Ghafir Akbar, Another Country brings laughs, emotion, sharp wit, and above all, a sense of familiarity.

This post was brought to you by W!ld Rice. 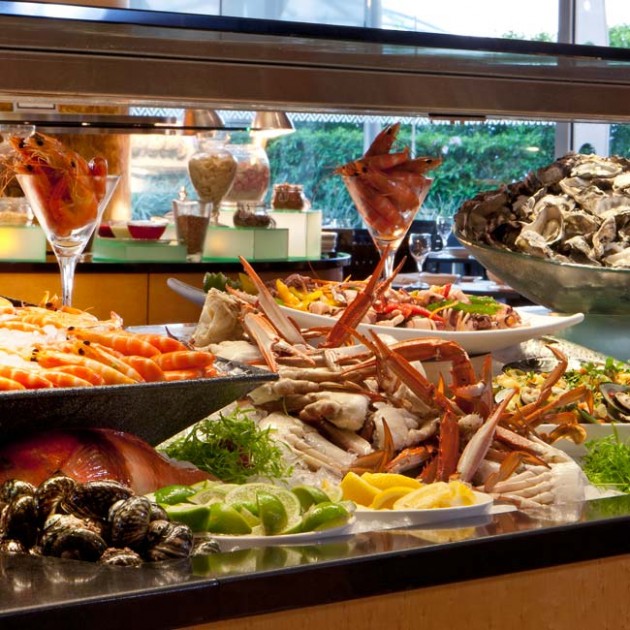 8 Hotels In Sydney You Will Want To Stay In Just For The Food
Mitzo: Traditional Cantonese Food With a Modern Twist 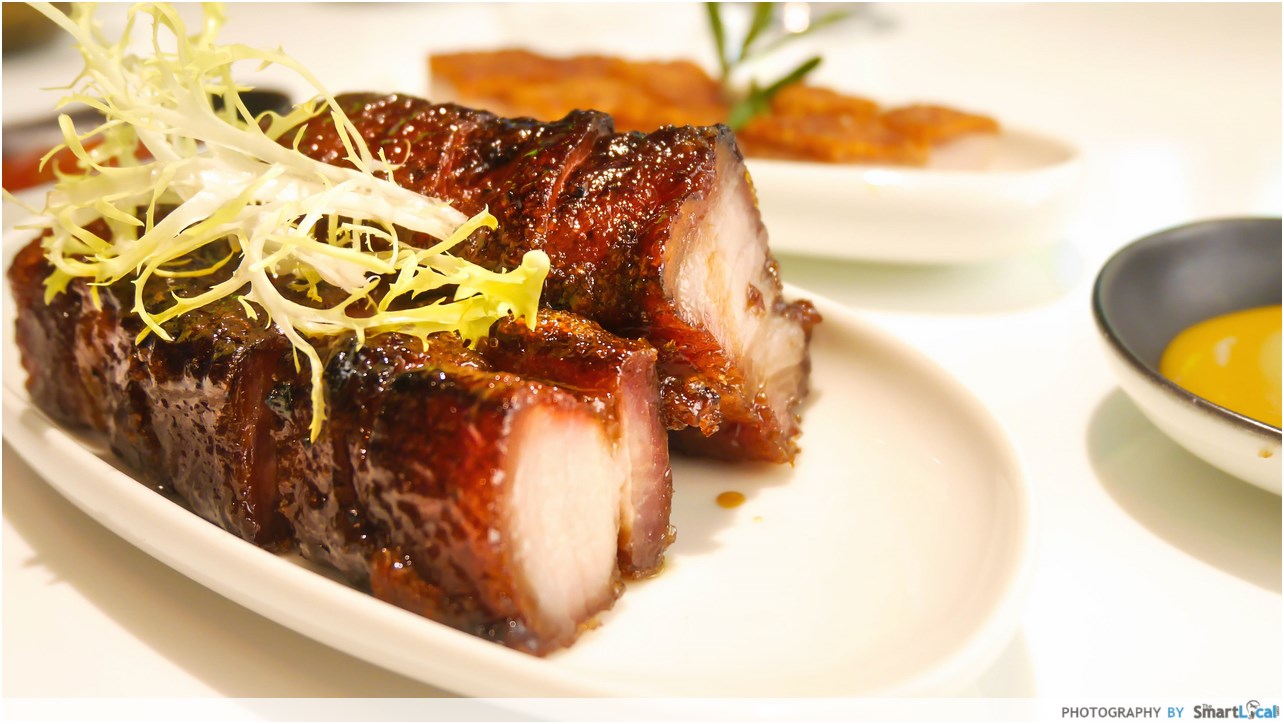