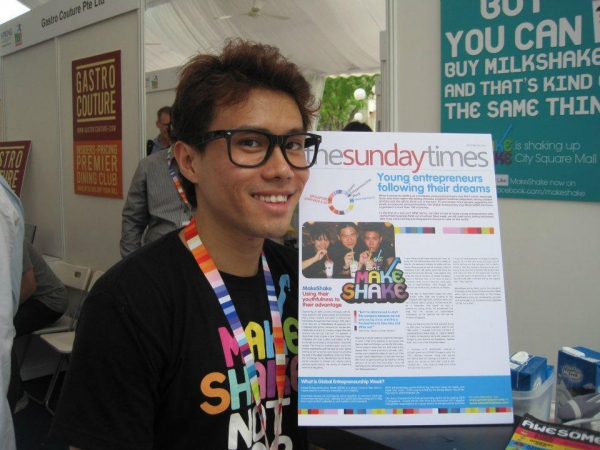 This holds true for most companies in Singapore, where I’m based, but the hard truth is that companies do have stereotypes or bias based on family ties or even race, that limits how far you can progress. For example, small family owned businesses are most probably only going to promote blood-related family members (however incapable they might be), while many traditional Japanese MNCs have a strong preference for Japanese leaders. If you feel your career has no prospect due to these reasons, leave for greener pastures instead of staying as the coffee boy for 20 years. However, if you think you have a shot at promotion, do read on.

One of the most obvious yet overlooked things you have to do is to simply ask for it. In fact, Research shows men are four times more likely than women to ask for a salary raise, and economist Linda Babcock of Carnegie Mellon University says this has a snowball effect. Even a small pay boost will mean bigger annual raises and possibly bigger year-end bonuses which will carry over to a new employer, who is almost certain to ask: What was your last salary?
Employers will always try to get away with paying as little as possible, until your job satisfaction dips so much you threaten to quit; thereupon he offers you a raise to keep you. Why go through this trauma in the first place? Ask for a raise once you deserve it.

2. Always give your superiors credit

In some way or another, always give credit to those above you.  Even though you did the whole 50 page Powerpoint slides and your direct superior merely presented it, let him have the limelight. Let him feel, well, superior. Especially since he is the first gateway to approving any possible progression you have in the company. Anyway, it becomes acutely evident who did the work when more fine details are probed. If your job is not tied to a sales indicator, the only other way to get a review of your performance is through your boss or your colleagues, which bring us to our next point.

3. Have excellent repertoire with co-workers

Having good camaraderie with your boss and your colleagues is the fastest track to any promotion, more so than actual capability. The popular guy always gets elected class president. When people like you, they will help you get ahead so do take special care to go beer bonding with your boss and co-workers. And even if the whole office including the janitor hates your guts, but your boss adores you, you will still come up ahead. Quid-pro-quo though, is a whole different line that should never be crossed.

Start building a portfolio of reasons why you should be given a raise, for example, increased profit margins, positive customer experience or even being an effective team-player. If your job is not sales related, then look to your co-workers, boss and clients for reviews and areas to improve. Not only will you have ammo for a pay raise shootout, but you will be perceived as striving for improvement and bettering yourself.

How can anyone be trusted to run a company if they can’t even arrive on time? Be on time to work, be on time to meetings and definitely never keep your clients waiting. The impression that you don’t take things seriously is perceived when you always arrive late, especially if your boss is already at his desk and you’re not. If you’re going to be late due to some supernatural event like a zombie apocalypse, do at least let your boss know that ‘hey, zombies are trying to break into my car to get at my brains but I’ll still be at work as soon as I can.’

6. Let others know what you are working on

When working with other people, sometimes it’s necessary to explicitly let them know what you’re doing, especially when there is no trust yet. You might be working a 100 hours a week, but it is all for naught if no one knows what exactly you’re working on. Bosses like to see their employees fully engaged in multiple tasks, so always be occupied and let them know that you’re the hardest working human to walk this earth. If you can do more than others in a shorter time, than definitely it’s time for that pay raise. Don’t let your boss give you more work for the same pay just because you’re efficient, get something out of it.

Satisfaction is gained when expectations are exceeded. So lower your superior’s expectations first, and then deliver amazing results that blow his mind. Promise a canoe, then build an ark. Once your boss is constantly impressed by your work, he is going to retain your talents with a more attractive pay package.

8. Be aware of your alternatives

Always update your personal market value. How much does a similar company value my skills? When you have a next-best-alternative, salary negotiations can be skewed in your favor because when all else fails, you know where to head next. This is one of the most common tactics that employees bring to the table after being offered better pay by a headhunter. Be confident of your worth and leave if you are indeed being undervalued by your firm.