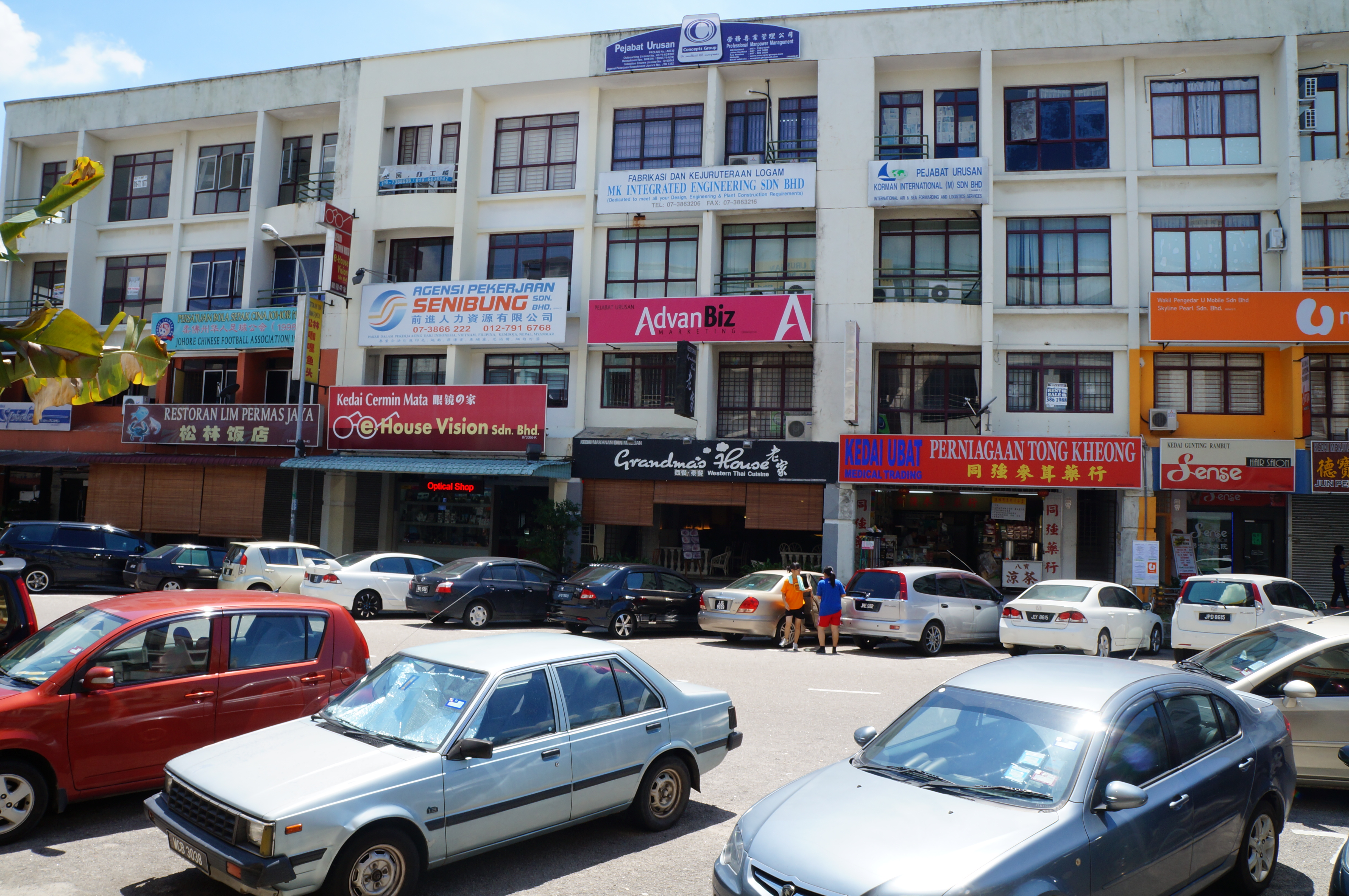 You’d usually hear of Singaporeans heading to Johor Bahru for a weekend getaway – either a day trip or a night there max. In our case, however, we spent a grand total of 3 days and 2 nights there.

This was a sponsored TheSmartLocal trip I embarked on with writers from TSL – Bryan & Malcolm, and 2 other friends Melissa & Edmund. Really thankful for the opportunity because I actually don’t remember myself going to JB even once in the last decade. It was the first time I went on an trip abroad (I know it’s just JB, but yeah you get me) with a group of people I didn’t know super well beforehand, but it turned out to be really fun and enjoyable.

It was also possibly one of the most laidback trips I’d ever had, with a portion of time spent doing absolutely nothing. Not complaining though, because it felt more like a relaxing trip that way and I loved every bit of that. 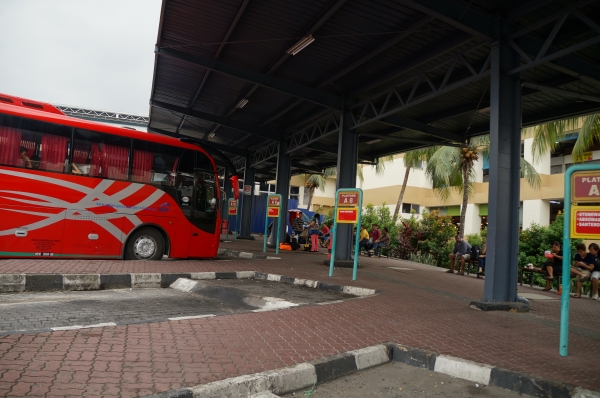 We met at Kranji MRT where there are 2 SBS Transit buses going to the Woodlands Checkpoint, 170 & 960, from there. We didn’t take that however, but took the Causeway Link Express Service which brought us to the Singapore & Malaysia checkpoints intermittently before going to Larkin Terminal in JB. Which terminal you go to in JB depends on which part of the region you’re intending to head to.

If you’re confused, just check out the full range of buses you can take from here – http://singaporebuspage.wordpress.com/bus-services-singapore-to-jb-johor-bahru/ 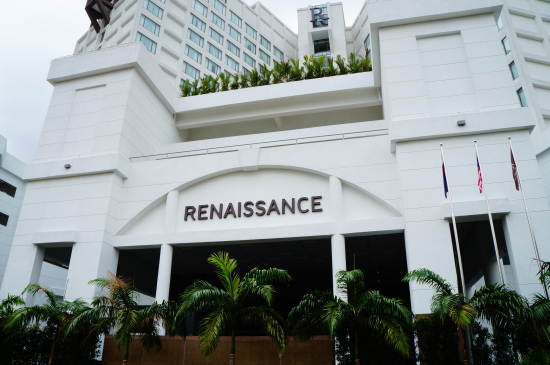 2 bus transits and a cab ride later from Singapore, we finally arrived at our hotel. The hotel was really awesome and every bit satisfactory in terms of anything you’ll look for in an ideal hotel stay. The bed was as expected, immensely comfortable and the rooms spanking clean. The only downside was its location, however. Being located in Permas Jaya, it is slightly far from the main JB city centre, which is where City Square Shopping Mall and the main Central station with the buses and trains are.

There was only a one-floor Aeon Mall nearby, and just a few roads of eateries, convenience stores and the like. We did call cabs to get around though, and a sweet 15-25 minutes is all it takes to bring you to Pandan City or City Square.

Check out Malcolm’s review on the gorgeous 5-star Hotel Renaissance! I wished my house looked like that. If you’re looking for a buffet spread with huge variety as well, you may wish to find out more about Renaissance Hotel’s Cafe BLD too.

Highlights of our 3D2N Trip at Hotel Renaissance & Legoland 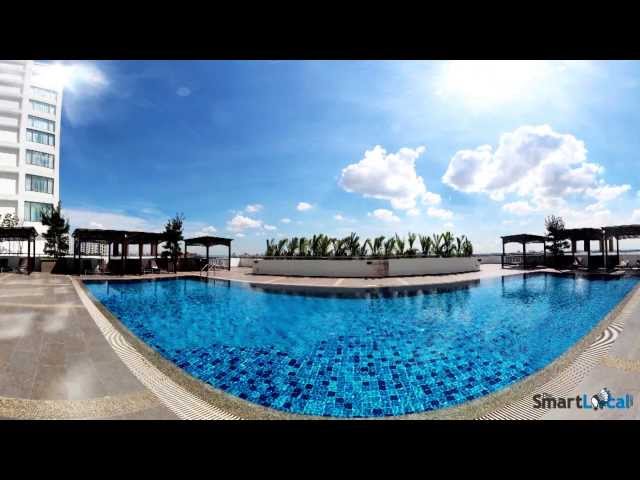 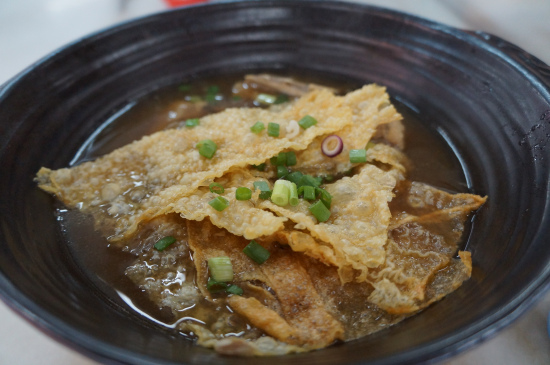 Our first meal there – Hong Ji Bak Kut Teh that was really good. The soup was flavored well and was a satisfying lunch for the starving us who hadn’t had breakfast that day. It wasn’t too expensive either, and cost us about SGD$6 for a bak kut teh with a bowl of rice & a drink.

I had a not-so-pleasant experience with BKT previously at a supposedly good and famous place, because it ended up being too overpowering with all that spice. This one above has restored my faith in BKT again! This makes me happy because it’s one of those Chinese classics that I really like. JB apparently has loads of good BKT stalls, so rejoice if you love Bak Kut Teh. 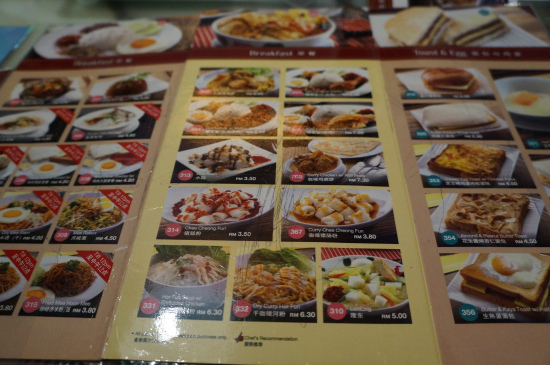 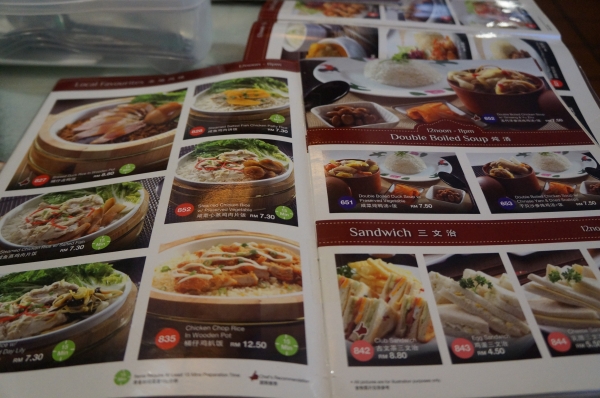 We had a hard time deciding where to lunch at on the 2nd day. There appeared to be too many choices, but we wanted to settle on something worth going. We finally settled on Tea Garden, a typical restaurant that serves Malaysia’s local favorites.

It had everything from Chinese herbal soups to Malay cuisines like Nasi Lemak. The prices were reasonable I guess, and the food was pretty decent if you ask me. 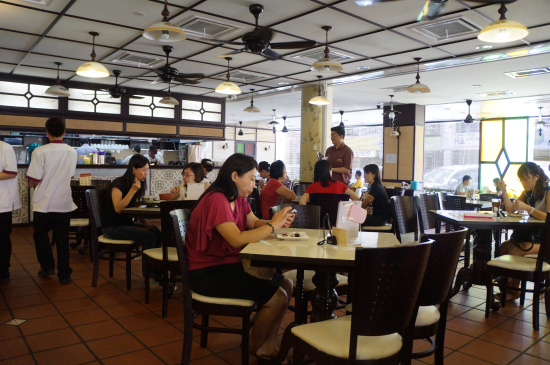 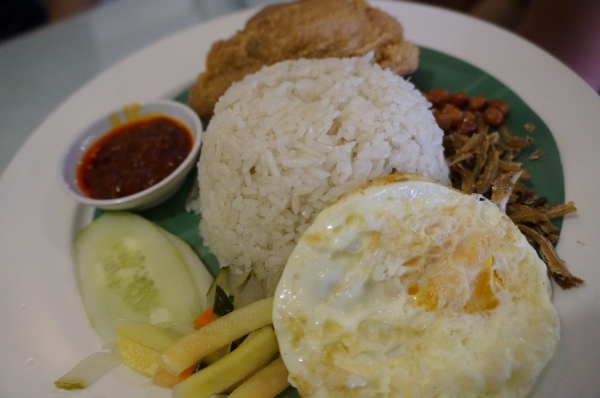 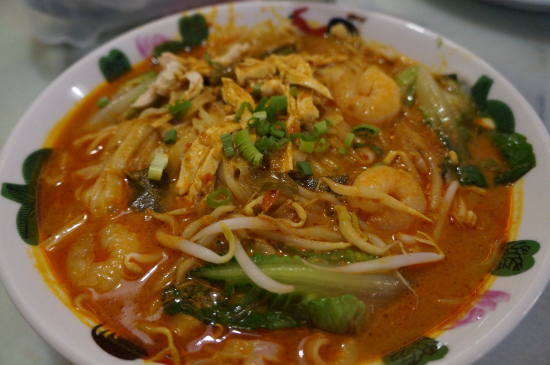 I spent a short pocket of time exploring the place alone while checking out the streets nearby our hotel. I’ve always liked the idea of traveling solo because it gives you a very different perspective and experience compared to in a group. Everything you do and how you respond to situations is based solely on your own whims, fancies and likes. My mum would probably never allow that though. 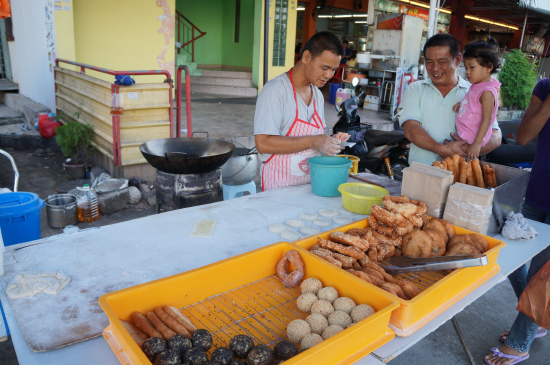 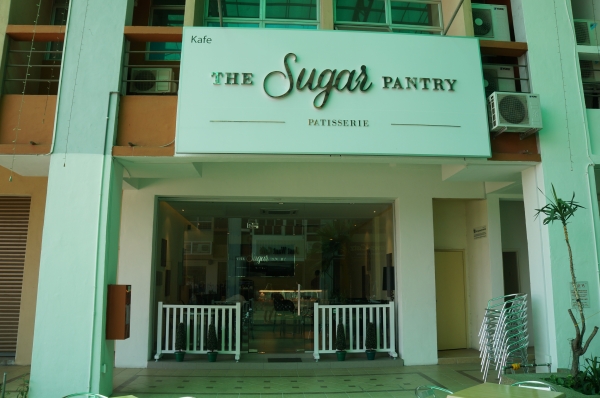 Because I absolutely love checking out cafe haunts in Singapore, I decided to drop by one in JB as well. The Sugar Pantry was lovably simplistic in design. The friendly staff there made the place even more likable, as if the pretty looking confectionaries on display weren’t enough to cheer you up. 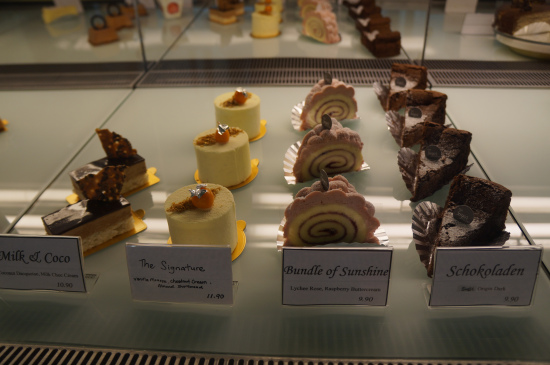 I later realized when I was leaving the place that the lady who had been chatting at a corner with her friend was the creator behind each and every one of the pastries there, and that she had previously set up a shop along East Coast in Singapore before too. Interesting. 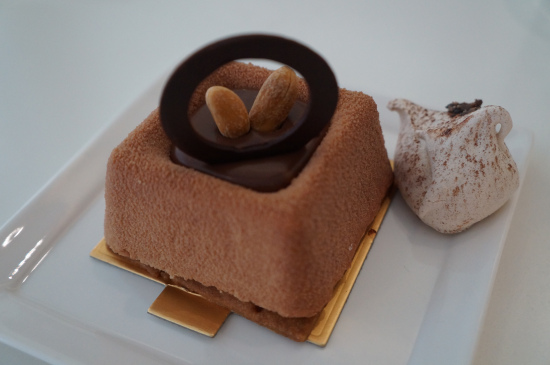 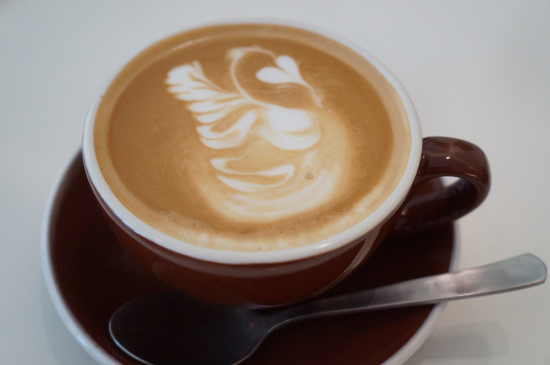 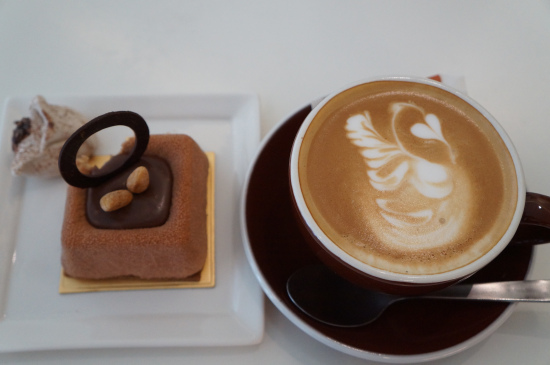 The staff there was probably in a very good mood that day, because my order for the praline came with a complimentary latte and meringue. I had asked for recommendations on what was good there, and explained that I didn’t like overly sweet stuff. I was thus pleasantly surprised to know that the meringue I was given wasn’t sweet at all. I don’t usually eat meringues, but finished 1/2 of it anyway!

We decided to venture out of the Permas Jaya area and took a cab to Pandan City. It is basically a mega pasar malam (night market) selling everything from apparel, bags, food, counterfeit goods to a huge wet market selling meats and produce.

It also happened to be the eve of the first day of Ramadan, the month of fasting observed by Muslims. Guess everyone was stocking up to prepare for the breaking of their fast on the first night! Probably explains the crowd there. 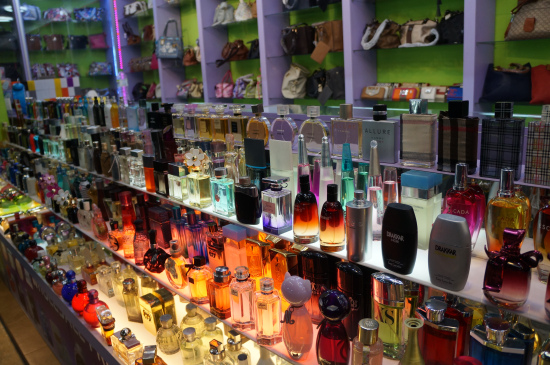 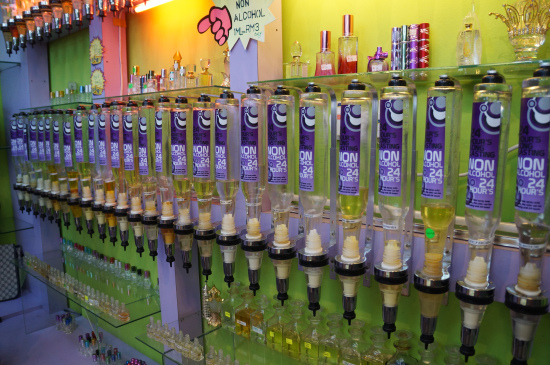 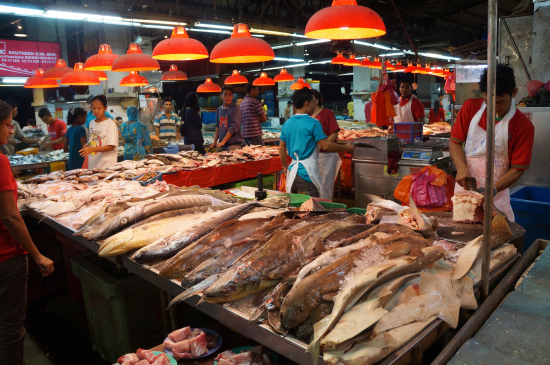 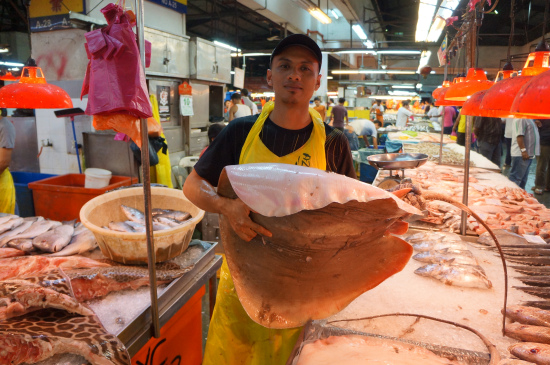 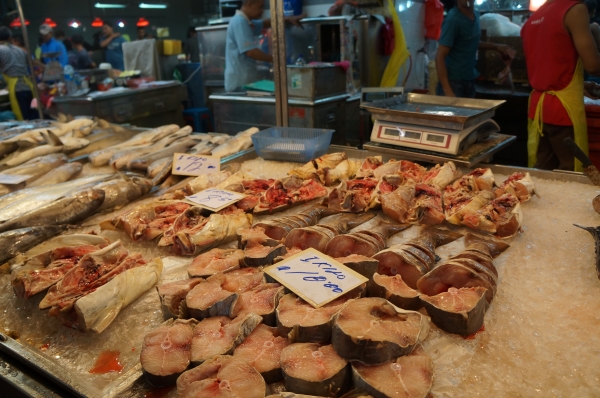 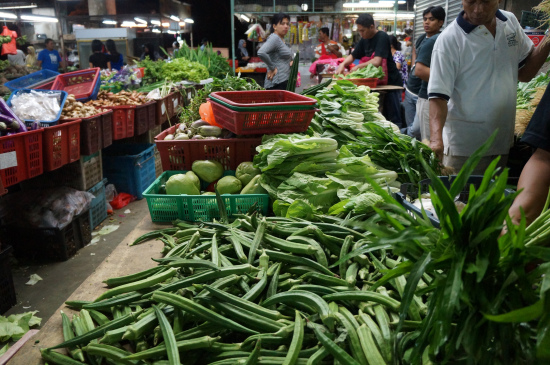 A sea of greens

A Day at Legoland

We had spent our first day at Legoland, which was what we set out on this trip for in the first place. Check out the more detailed feature on Legoland if you’re interested in heading down for a short getaway! Meanwhile, here’s just some snapshots of our time there. 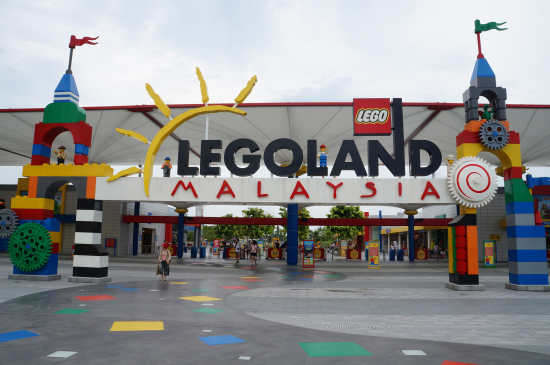 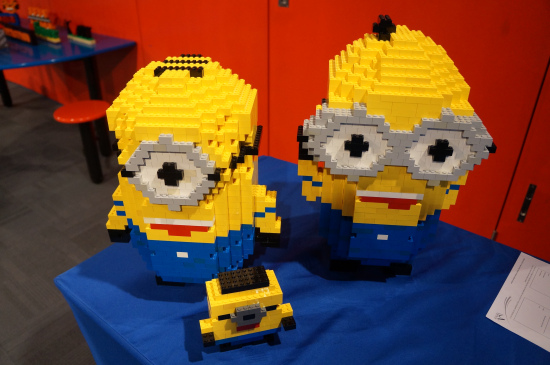 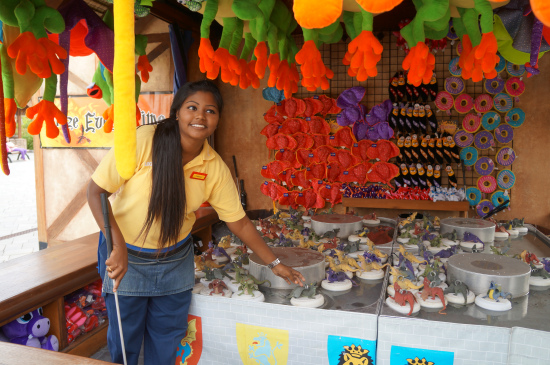 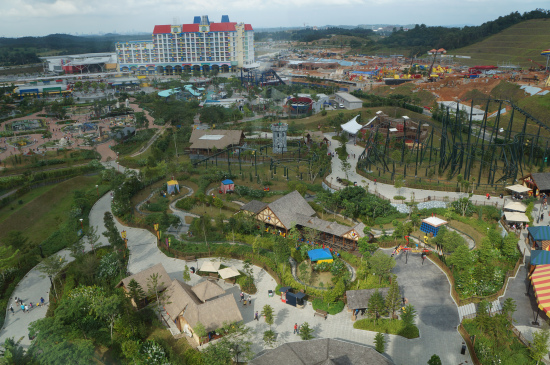 End of The Trip

We spent our last day going to City Square and boy, it’s a mall that has everything you need to keep yourself busy for a day. With plenty of shops, restaurants, a movie theater and a karaoke outlet – and everything cheaper than if you were in Singapore. We ended up singing our voices silly for almost 4 hours at the karaoke before finally dragging ourselves back across the causeway to Singapore.

This was a trip unlike others I had before, and I enjoyed it even though it was just next door in JB. The 3 days of leave I took off of work was pretty worth it, at least. 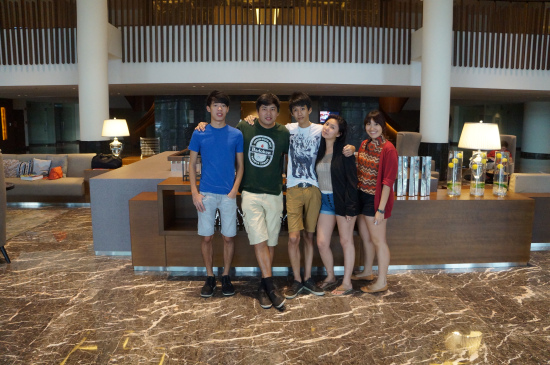 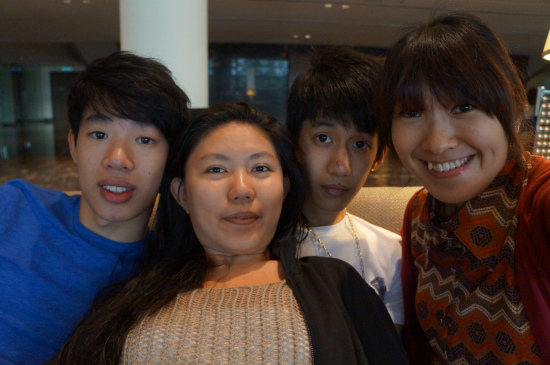 So…I might be making another trip down to Johor Bahru this weekend again with my friends, but only for a day trip this time. We’ll see!

Other Articles from our 3D2N Johor Trip: 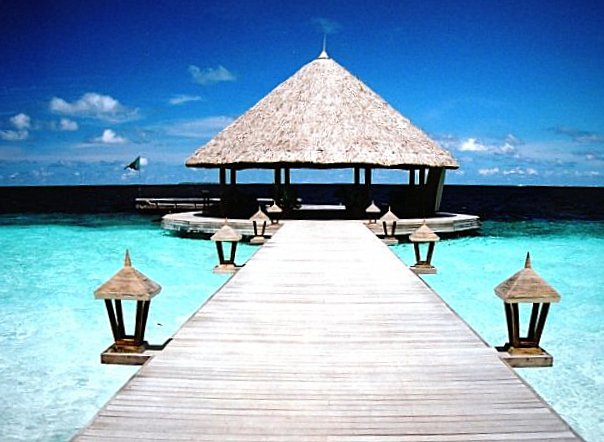