Nostalgic toys of our childhood

It appears that without fail, adults all over the world unanimously reach a point in their lives where they develop a sudden urge to tell the next generation something like, “Back in my day, I didn’t have all those fancy toys you kids now play with.”

I personally don’t have any problem with modern-day kids becoming tech-savvy at a young age, but I do understand the sentiment. Back then, the most “high-tech” toys we had were Tamagotchi or Tetris machines with terrible pixelated graphics, but I wouldn’t have traded those memories for the world.

So, for old time’s sake, let’s reflect upon some of the nostalgic toys that made our childhood awesome. 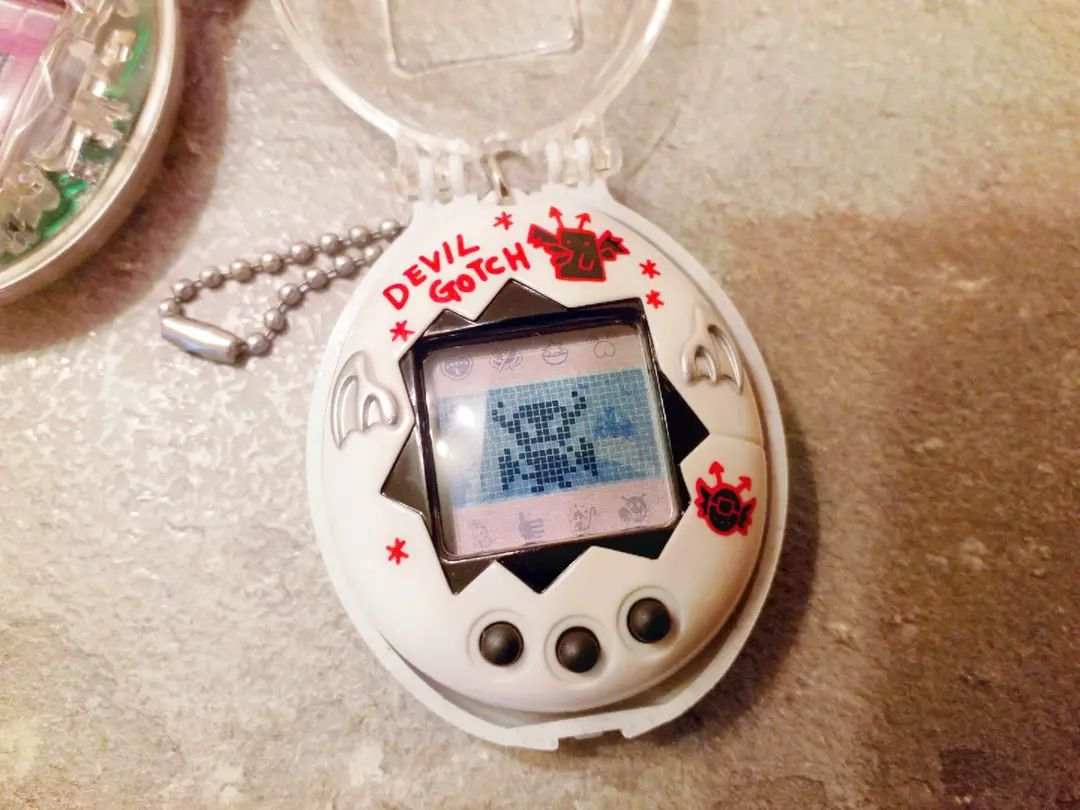 Granted, the Tamagotchi was only a virtual pet made of a few pixels that did nothing but walk around a toy screen. But hey, it depended on us to feed it, clean up after it, and play with it, lest it wither and die – and we needed to start over again from when the “animal” is an egg waiting to hatch.

That was nowhere near the effort needed to raise a real pet, of course. All the feeding and cleaning could be done with only a few button presses. Still, we were all too eager to take on the responsibility – the very first one given to many of us.

2. Fishing kit – which had us think fishing was fun for kids 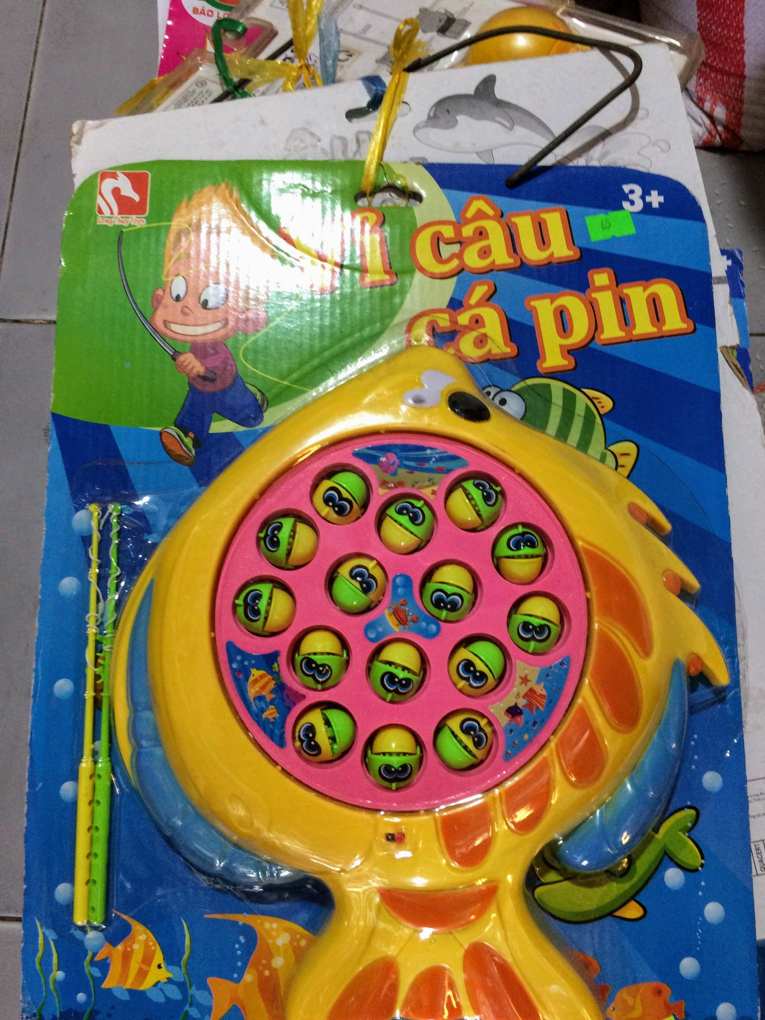 Okay, who else got bamboozled by these fishing toy kits into thinking actual fishing was fun? I, for one, still remember vividly the excitement I felt the night before I went on my first fishing trip with my dad when I was 7, despite his warning that I probably wouldn’t like it.

In my mind at the time, I was going to get to pull fish after fish out of the water like I did with the toy, just with real-sized fish and my dad’s real-sized rod. You can imagine my disappointment when we didn’t catch anything the entire day.

To be fair, in adulthood, I begin to understand the draw of just sitting by a quiet lake for a day and ponder my own thoughts. But for a 7-year-old kid? Yeah, just no. 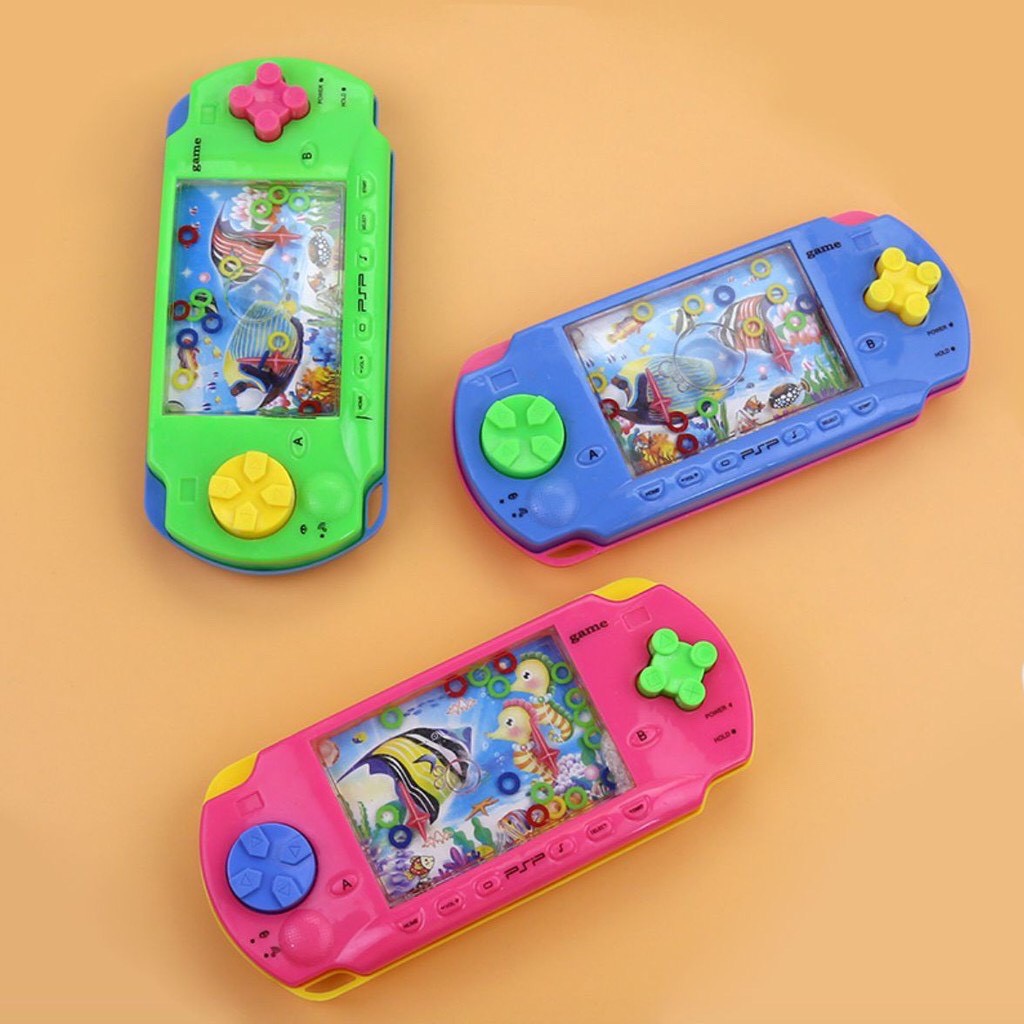 Ah, yes, the good ol’ Waterful ring toss – the first of many rage-inducing games that I would go on to subject my patience and self-control ability to. Who would have thought such a simple device could present this big of a challenge – all you had to do was press a couple of buttons and tilt the thing so that the rings went through the two plastic sticks inside, but I just could never get all of them in. 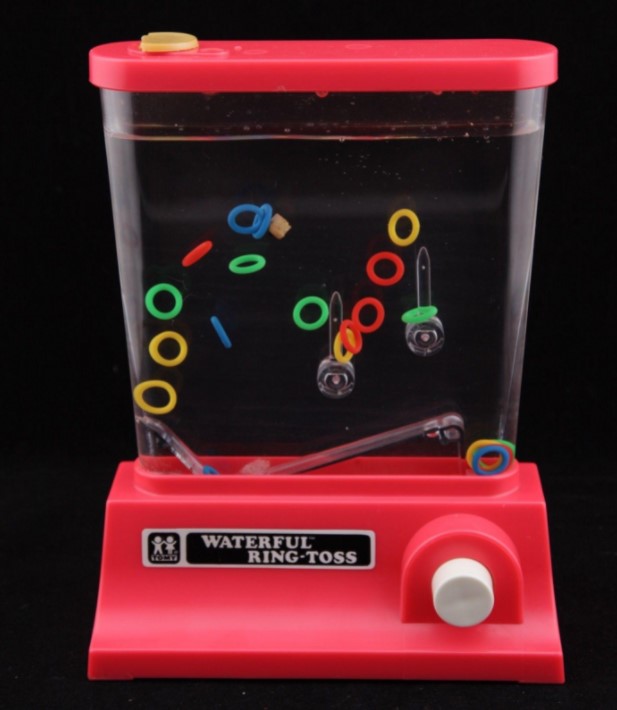 I am now convinced that the game was designed to be impossible and was just something to keep kids occupied for long periods while their parents do something else. But if you know a trick to completing it that I didn’t, and still don’t, please do enlighten me. 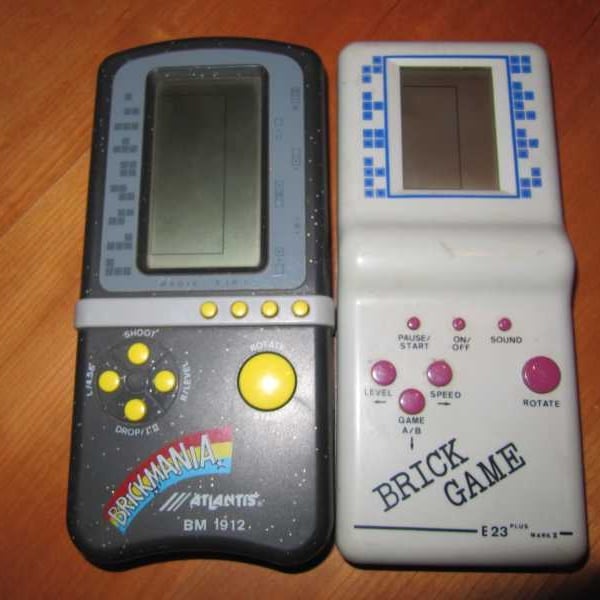 As I grew up and gained access to the Internet, I learned that many 90s kids elsewhere grew up playing Pokémon or The Legends of Zelda or other such games on their Gameboy or Nintendo devices. For me, this handheld device that held a crude imitation of Tetris was my time sink.

There was also this other game in the machine I owned. To me back then, it looked as if I was controlling a human and had to move left and right to avoid other humans falling from the sky. It took me way longer than I’m proud to admit to realize that the thing I controlled was supposed to be a race car moving up the road and avoiding other race cars. To this day, I still don’t know what that game is called.

The abovementioned race car game. In my defense, they do look like human figures.
Video credit: vega365.vn

You can still find online shops selling these devices. Kids these days probably wouldn’t enjoy it with all the fancier games readily available on their parents’ smartphones, but if you want to get one for nostalgia’s sake, the option is there. 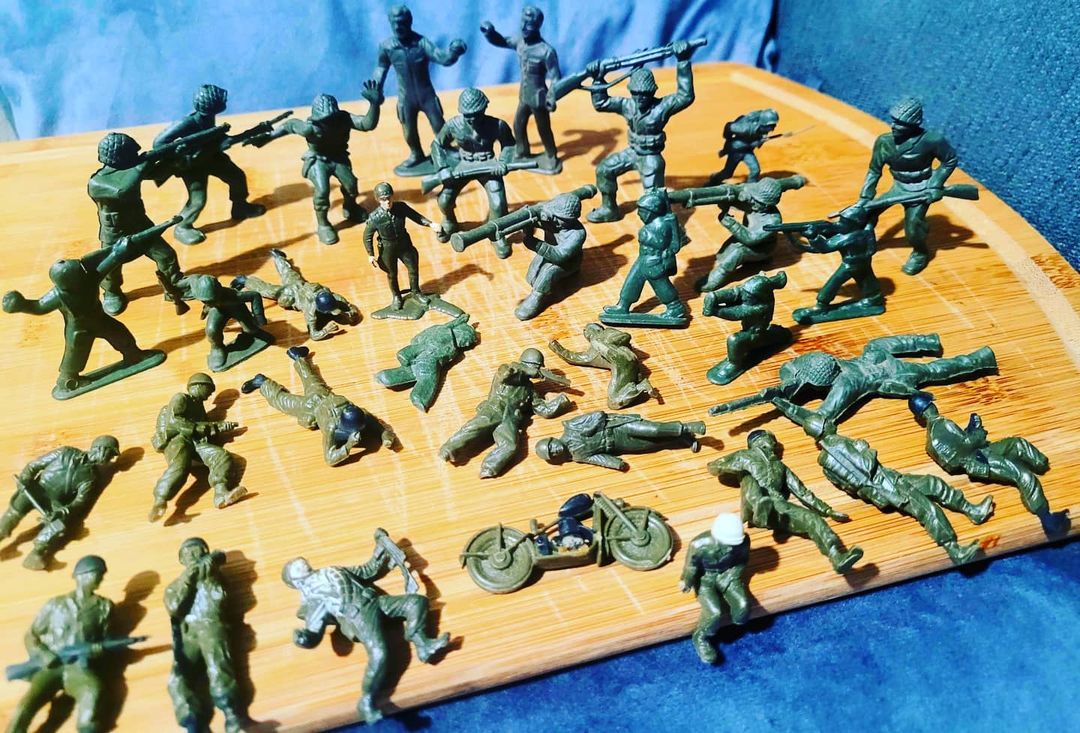 I had always thought these green little toy soldiers were just a thing in Vietnam. I was so surprised and excited when I saw them in Toy Story that I was like, “Look Mom, Andy has the same toys as me!”.

Anecdotes aside, I guess it’s only expected that boys everywhere are interested in guns and wars. Not that there’s anything surprising about  that.

Unanimated though these plastic soldiers were, they allowed us to live out our fantasies of fighting on the battlefield with comrades on our sides, just like the wartime stories our grandpas would tell us.

6. Toy guns – which could shoot firecrackers and create loud noises 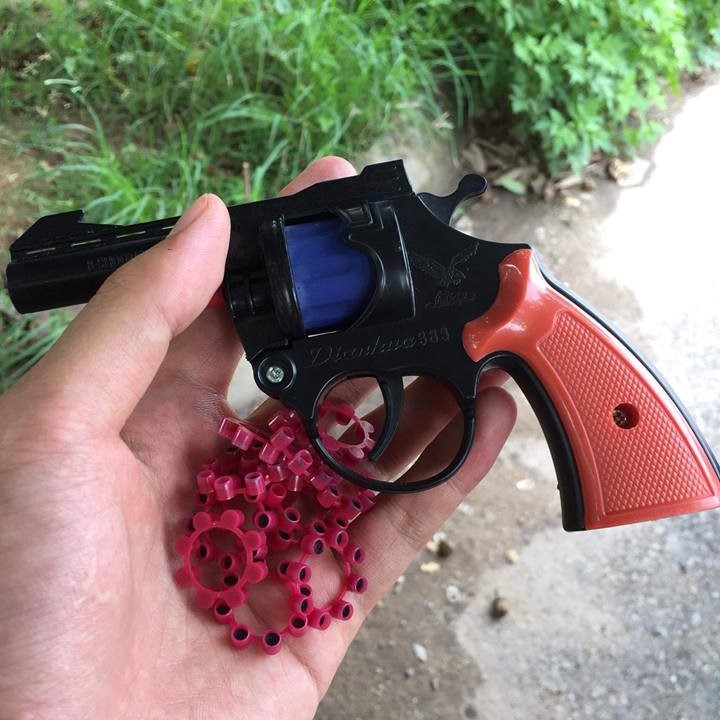 Speaking of guns and wars, one of the greatest desires of my childhood that was never fulfilled was to have a toy gun. Not a plastic gun that shot water or rubber bands, mind you, but the badass kind that looked like a real revolver and used firecrackers as bullets, allowing them to create loud noises and smoke when fired. My parents would never allow me one, though, telling me it was too dangerous.

Now looking back, I understand their concerns. I wouldn’t let my kids anywhere near a toy that can go “boom boom” either. But at the time, I just really wanted one.

The guns could create sparks and smoke like a real gun
Video credit: Nguyễn Đông

So I had no choice but to dog the much older neighbor kids who were old enough to have allowances to buy the guns and their firecracker bullets. I’d run all sorts of errands for them just so they’d let me pull the trigger every once in a while.

7. Laser pointers – which we used to play with cats 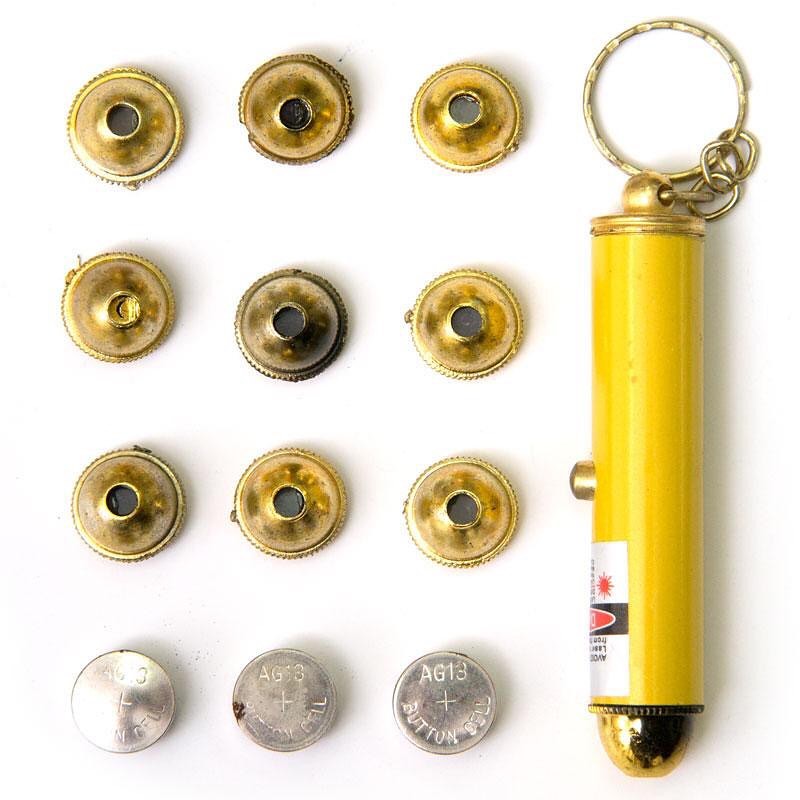 Though sometimes they came with different caps that changed the shapes of their emitted light, laser pointers were, essentially, just that: a stick that projected a red light.

Yet, we could do all sorts of things with it, from pretending we were spies with laser razors that could cut through steel, to messing with cats, to pointing it at our teachers’ backs when they weren’t looking, prompting snickers from the entire class. Yeah…I was not the best of students.

Our parents would not let us hear the end of it when they caught us playing with these. They would say the light could damage our eyesight. But of course, we didn’t really think that far ahead as kids. 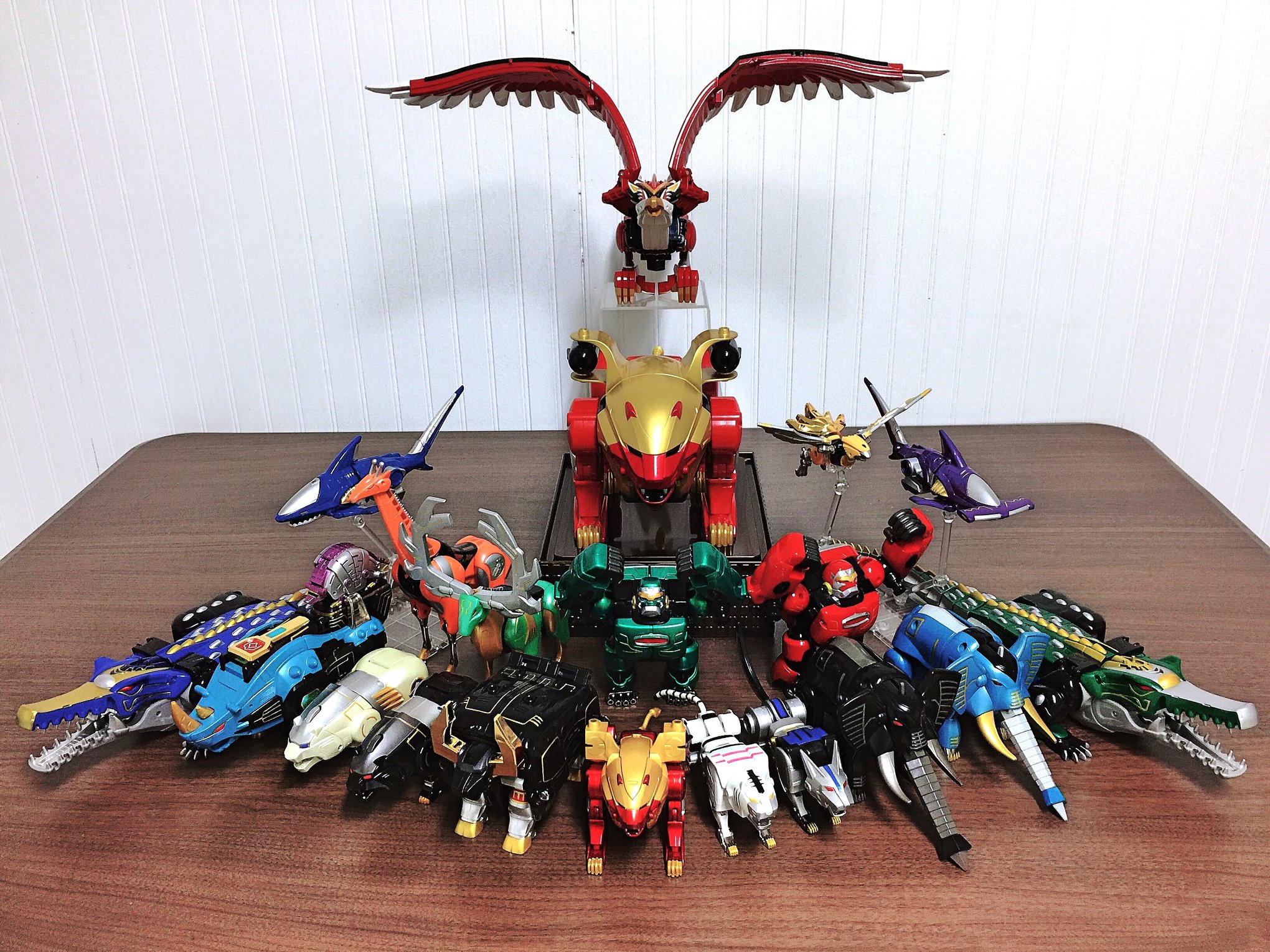 Having one of these was every kid’s dream back in the days
Image credit: Đồ chơi siêu nhân Gao, Cuồng Phong, Power Ranger

Super Sentai aka Power Rangers – you know, the series about guys and girls who slip into colorful tight suits in over-the-top transforming animations and fight off evil? – was a phenomenon in Vietnam and across Southeast Asia in the early 2000s. It came as no surprise, then, that merchandise associated with the brand was also sought after by kids.

Having a model of one of the rangers’ giant robots, which could be disassembled and reassembled again, was a luxury that few kids were afforded. I certainly didn’t fall into that list. 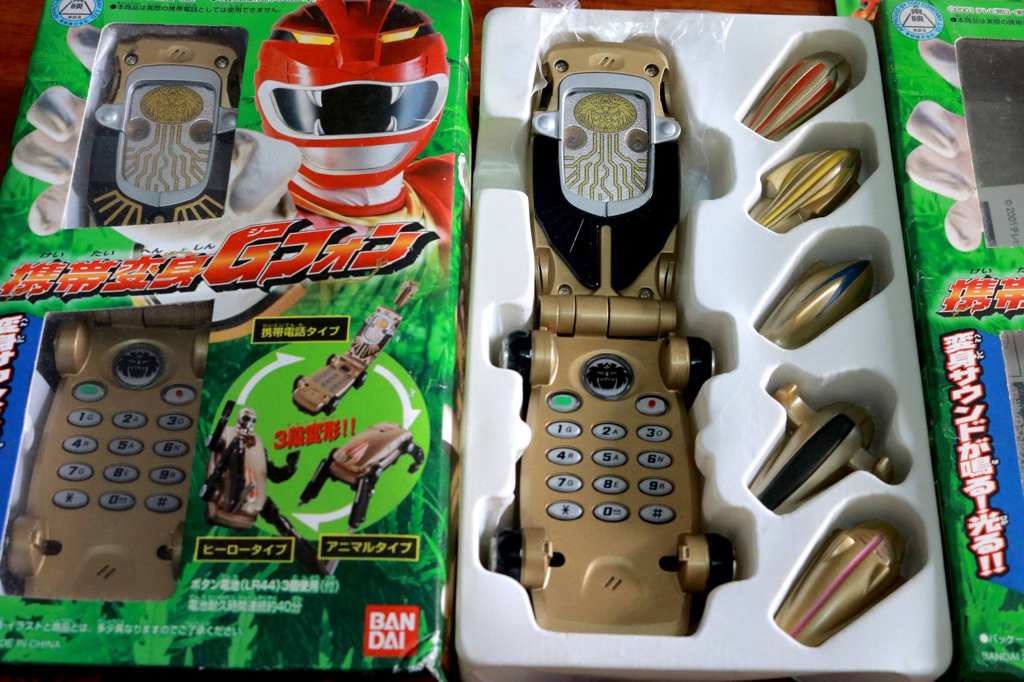 I was, however, given one of the phones like those used in the Gao Ranger series, which prompted many an argument with my classmates over who got to be the leading Red Ranger, and who got to be the cool Silver Ranger who worked alone and always swooped in at the last moment to save the day.

Nostalgic toys that made our childhood awesome

As beautiful as these childhood toys were, I think it’s better to let them stay in the past. After all, it’s the memories and the nostalgia that make them irreplaceable for those who had the privilege of growing up with them.

Sure, monitor your kids’ use of high-tech devices the way you see fit to ensure they are not exposed to inappropriate content on the Internet, but don’t force your version of an ideal childhood upon them. Let them create their own fond memories with what they have, so that one day they can repeat the “back in my day” cycle with their children. 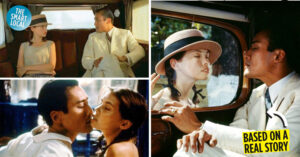 L'Amant (1992): 8 Facts About The Hit Movie Adaptation Based On A Real Saigon Love Story
6 Facts About Indochine (1992): A Historical Movie About Vietnam That Won An Oscar 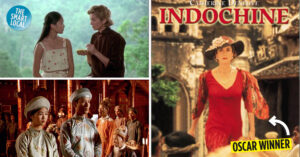