Sydney Street Food is largely influenced by British cuisine and cooking styles, as a result of Australia formerly being a colony of the United Kingdom. But besides Britain, cuisine in Sydney is also greatly influenced by other international cuisines including Japanese, Chinese, Thai, Turkish, Indian, American and Spanish. And as the capital of Australia, the majority of these cuisines can be found all over Sydney.

Breakfast in Sydney is often eaten on the move, with takeaway sandwiches, kebabs, coffee and other handheld food being very popular. Few people sit down for breakfast, except on weekends. Lunch is typically a quick affair at a nearby restaurant or cafe, and prices for lunch are cheaper than dinner. Dinner in Sydney often means a full meal, accompanied by wine or beer, and takes place over a few hours together with family or friends.

Types of Food in Sydney

While the British Fish & Chips and the Aussie Fish & Chips both use the same English style thick cut chips seasoned with salt and a dash of vinegar, the difference lies in the type of fish used. Aussie Fish & Chips are typically made with firm white flesh fish that are common in Australia, such as John Dory, Whiptail Hake, Flathead, Reef Cod, Rock Cod, Flake, Basa Catfish, or Barramundi. The fish is light battered and deep fried, then garnished with a slice of lemon and served with a side of tomato sauce or tartar sauce.

Two biscuits are unique to Australia, and also found in Sydney. ANZAC biscuits are sweet rolled oat biscuits popular in Australia and New Zealand, and are associated with the military forces of both countries. Tim Tam is a brand of chocolate malted biscuit made by the Australian food company Arnott’s, and has since spread worldwide.

Japanese food is popular in Australia, with Sushi, Hand Rolls, and Udon Noodles being the most popular items in Sydney. However, Australian Sushi in Sydney isn’t pure Japanese, being a fusion of western ingredients and cooking styles with the preparation and likeness of Japanese sushi. This combination means Australian Sushi looks Japanese, but tastes western, and is something you won’t find anywhere else in the world. Traditional ‘pure’ Japanese food is extremely rare in Sydney.

Beef / Beef Steak is prevalent throughout Australia, and this famed and prized meat is also popular in Sydney, and is normally consumed during dinner. Beef Steak is often grilled to your choice of doneness, and served with a choice of sides and sauce. The most popular combination in Sydney is Mashed Potatoes And Button Mushroom Sauce. When eaten in Sydney, I find the beef to be more flavourful and ‘fresh’, as compared to the airflown Australian beef I get in Singapore.

An unoffical symbol of Australia, Kangaroo meat is historically a source of food for indigenous Aboriginals. High in protein and low in fat, Kangaroo Loin is considered to be tender, though not as tender as other farmed animals. It is often chargrilled, or minced and used as a filling. However, it has a much stronger gamey flavour than other meats.

Produced by Coopers Brewery Limited, the largest Australian-owned brewery in the Adelaide suburb of Regency Park, Coopers Original Pale Ale is the most popular in its line of beers. It has a light fruity character with notes of grain, and a robust flavour with a slight bitter aftertaste.

An iconic Australian bread, the Damper Roll is made with wheat flour, and normally eaten with a fruity jam, golden syrup / treacle, or meat. Traditionally baked in the coals of a campfire, it is popular with indigenous Aboriginals, Australian stockmen, as well as Australian campers. The Damper Roll has since been adapted for sale in the urban markets.

The traditional Eggs Benedict is also popular as a breakfast item in Australia. Unlike Singapore, the Sydney version of Eggs Benedict is served with a lightly poached egg on an English muffin, with both ham and smoked salmon, and a side of grilled tomato. Both smoked salmon and fresh salmon are cheap and readily available in Sydney, and are not considered premium items here. For the price of 2 airflown salmon steaks in Singapore, about SGD $60, you could buy 1 whole freshly caught salmon in Sydney.

Fudge is a popular American confectionery, which is usually soft, sweet and rich. It’s made with sugar, butter, milk, and vaious flavourings.

Grilled Calamari Squid or barbecue calamari squid is one of two most popular preparation methods for squid / calamari in Sydney, the other being battered and deep fried. Because Grilled Calamari Squid on its own doesn’t have much flavour, it’s often basted or paired with a sauce. The most common combination is salt and pepper squid.

Grilled Octopus is common in the Sydney markets, but not often served in Sydney restaurants. It’s considered a sort of food curiosity out here, and many Australians don’t really eat this. Grilled Octopus is most often consumed by tourists, especially Asian tourists.

Most prawns in Sydney are rather large, and Grilled Prawn is a popular preparation method. The key here is the freshness of the prawns, which make or break the dish.

Bread is often ordered / served as a starter before dinner. The Honey, Cheese & Chili Bread is both sweet and midly spicy, and I like the crunch from the well toasted bread.

Honeycomb from Australia, normally found in sweet / confectionery shops. A small but thick slab like this in honey is quite expensive, at SGD $27!

The Lamington is an iconic Australian dessert common in Sydney. It is a light, plain vanilla sponge cake set in a square shape, coated with a thin layer of chocolate icing / chocolate sauce, then covered in desiccated coconut. The Lamington is often served with a layer of cream or fruity jam. Named after Charles Wallace Alexander Napier Cochrane-Baillie 2nd Baron Lamington, or Lord Lamington, though ironically, he actually disliked the dessert, calling it “those bloody poofy woolly biscuits”.

Cafes are found all over the Sydney central business district (CBD), and all of them serve coffee. The most popular breakfast drink is the Latte, often ordered by Sydney office workers in a takeaway cup and drunk on the commute to work during the cold winter mornings in Sydney.

Along with fresh fish, squid, oysters, prawns and scallops, freshly caught Moreton Bay Bug, otherwise known as the Flathead Lobster, is among the most popular seafood in Sydney. Although it is a type of lobster, Singaporeans incorrectly refer to it as a crayfish. The Moreton Bay Bug / Flathead Lobster has substantial firm and meaty flesh within its short, depressed body, and is best prepared grilled, in a garlic butter sauce, with a garnish of salad and lemon juice. I got this freshly caught, at an affordable AUD $18 / SGD $23!

Served in many Sydney cafes during breakfast, the Egg Omelette is typically round or oval in shape, served with an open face style. While the more common fillings are Ham, Cheese, Mushrooms, other fillings such as spinach, feta, parsley, tomato are also available.

An Australian Beef Meat Pie is a hand-sized meat pie containing diced or minced meat (beef) and gravy, sometimes with onion, mushrooms, bacon, or cheese in a solid pastry shell and often consumed as a takeaway food snack. The pie itself is similar to the British steak pie. While beef is the most common meat used, pies may also be made with chicken, fish, or seafood. It is often served with gravy, Mushy Peas, and / or Mashed Potatoes. The serving style is referred to as a ‘Pie Floater’, which means everything is piled on top of the pie in an ever-increasing tower of food.

Rocky Road Candy is a British dessert consisting of biscuits, marshmallows, and chocolate. Sometimes, raisins or nuts are included.

A Seafood Platter is commonly available in Sydney markets, and is a good way to sample various types of seafood. While fresh and still relatively tasty, the seafood used in the Seafood Platter are typically the cheaper, lower quality versions, masked by deep frying or with various sauces. As such, it’s never as tasty as other dishes. Also, it’s not as satisfying as picking out the fresh seafood yourself, then having it cooked to your liking. Avoid eating the Seafood Platter if possible.

Vegemite is an Australian food paste, made from concentrated yeast extract, with a dark brown colour and a salty, slightly bitter, umami taste. Vegemite is normally eaten as a spread on toast during breakfast in Sydney.

Similar to the Sausage Roll Beef, the Vegetable Roll Spinach is the vegetarian alternative. It consists of chopped spinach within the similar looking puff pastry shell. 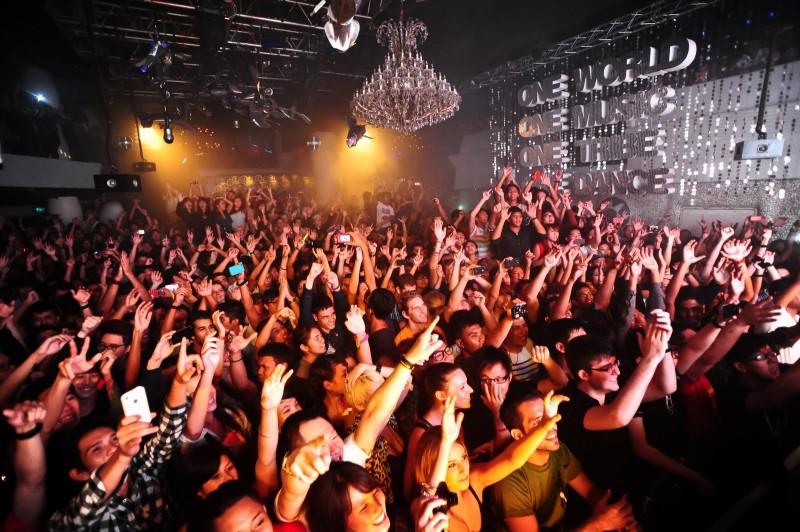 3 Best Nightclubs in Singapore
The Most Popular Guides on TheSmartLocal 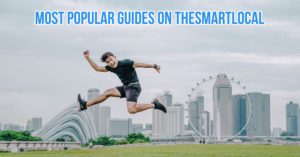