Behind every man and his work is a story that isn’t always told. When he first picked up cooking at a young and tender age to care for his family, he never imagined he’d spend the next 25 years in the kitchen. “There is no secret in the kitchen”, he says, “nor is there any equation.”

Chef Cheung Siu Kong, the Chinese Executive Chef of Summer Pavillion at The Ritz Carlton Millenia Singapore made the Chinese papers some time ago. Apparently, a guest had gifted him a laminated copy of that article, claiming to be a huge fan of his.

Needless to say, I was excited about trying out his creations! 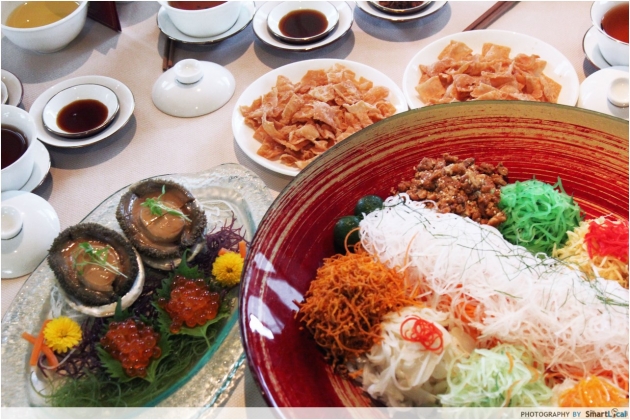 Then came my first of many lou heis in 2015. The yusheng looked extravagant – the only thing any symbol of good fortune and prosperity should be. The abalone and salmon caviar were a party – plump, fresh and juicy with plum sauce in every bite. 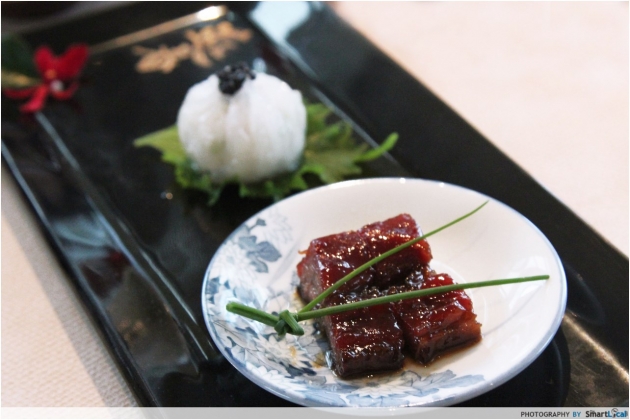 The second dish featured Barbecued Iberico Pork in Honey Sauce with a Steamed Prawn & Pork Dumpling. The BBQ Pork was of high quality, with its well charred skin and delectably sweet meat. The hargow (pork dumpling) was equally satisfying, all fancy with black caviar on top. The filling was soft and crunchy with vegetable bits, and its skin was thin without threatening to tear when you try to lift it. 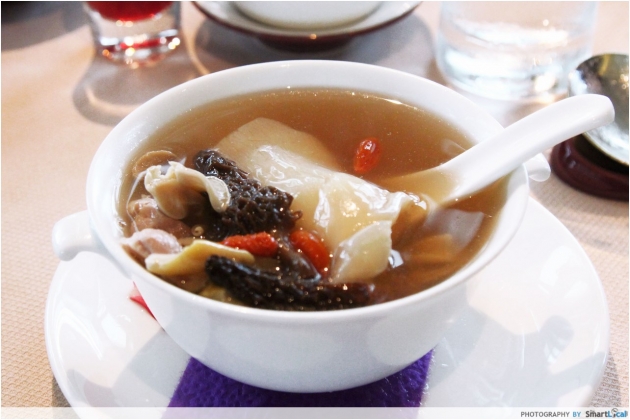 Sea whelks are edible sea snails, basically marine escargots. I was iffy about having “snail soup”, but was pleasantly surprised. The fish maw pieces were luscious and smooth, infused with the rich and sweet broth that has been double boiled for 8 hours. I feel so ashamed for being suspicious at first. 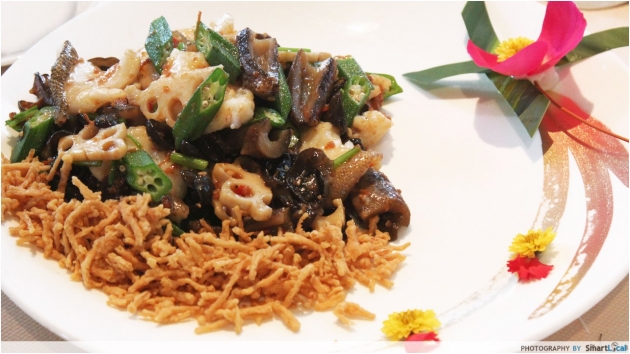 While most Chinese fish dishes are steamed whole, the Sauteed Fillet of Dong Xing Grouper was a breath of fresh air. The fish slices were cooked with lotus root, celery, lady’s finger, fungus and prickly sea cucumber – a glorious medley of crunchy and succulent textures. I think of this as an atas rojak, and any rojak tossed in XO sauce is an excellent one. 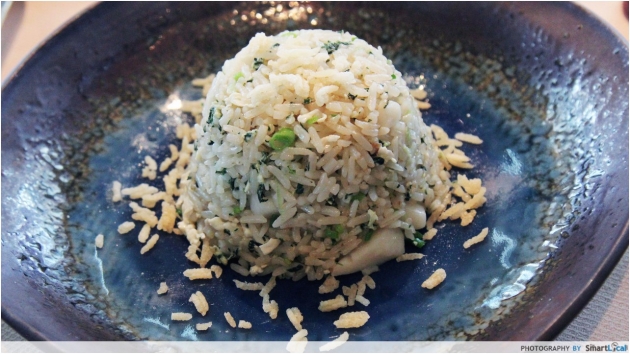 Next, the Fried Rice cooked with Dried Scallops, Egg White and Minced Spinach was served. While the dried scallops were scrumptious, I thought the fried rice was pretty bland and dry, so this wasn’t a big hit for me. You may want to enjoy it with the spicy dried shrimp sambal served on the side – good even on its own! 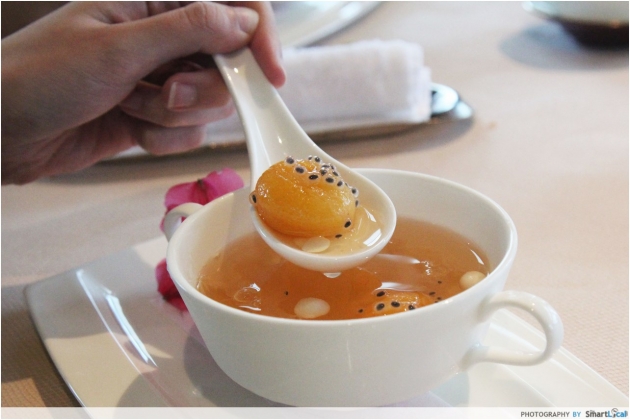 The simple dessert was a simple, sweet ending to the afternoon. Even though it was a little sweet for my liking, I found it to be light and refreshing. The chilled apricots were exceptionally lovely, fresh and tangy with a burst of citrusy flavour!

It would be hard to pick a favourite from our meal. After all, it presented us one delightful dish after another, with small pleasant surprises along the way. For example, the Sea Whelk Soup used Morchella mushrooms were designed to resemble a goat’s horns. How apt for the Year Of The Goat!

The Lunar New Year set menu is a thoughtful creation by Chef Cheung which I enjoyed thoroughly. From the preparation techniques of each dish to the symbolism of an ingredient, nearly everything was on point in this delectable spread at Summer Pavillion.

Getting To Summer Pavilion

5 to 8 course set lunch and dinner menus are priced from $68 per person, subject to 10% service charge and prevailing government taxes. Diners celebrating the first 15 days of the Lunar New Year from 19 February to 5 March at Summer Pavillion will receive a set of exclusive Ritz-Carlton red packets and a pair of Mandarin oranges.

This post was brought to you by Summer Pavilion. 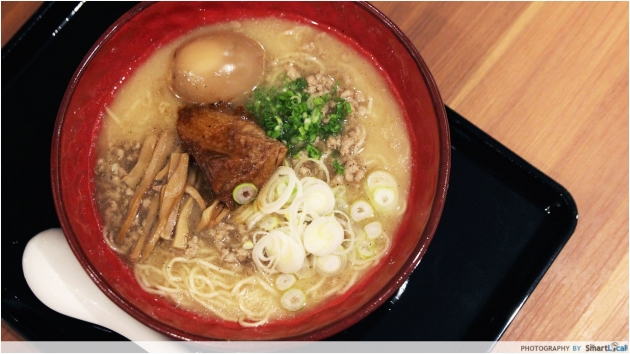