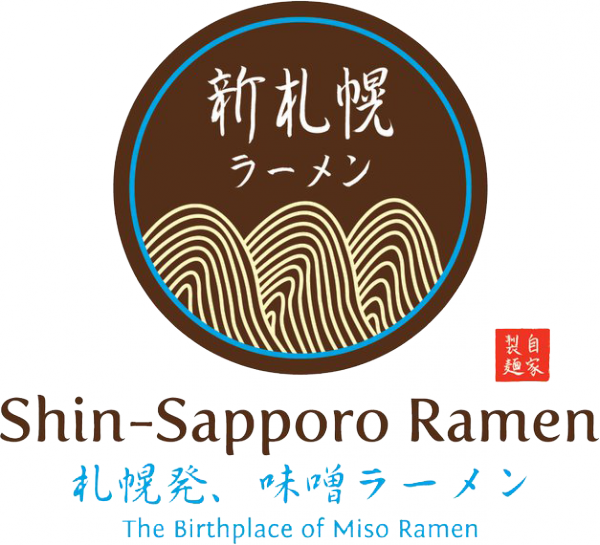 I’ll admit I was apprehensive about what to expect from Shin Sapporo Ramen. I’ve seen it around at Century Square, and never thought that a heartland mall would be able to deliver the same quality ramen as more established brands in Singapore.

With the opening of its new outlet at Orchard Gateway, I thought it was about time I finally tried Shin Sapporo Ramen and I don’t regret the trip at all. The founder Mr Chiam spent months in Japan training under ramen masters you can see how Shin Sapporo blends ramen done the traditional Japanese way with a local twist. This results in a hearty bowl of ramen that will comfort you especially on a rainy day. The first dish I tried was their Gyozas ($6.80). Made with marinated pork and Japanese spices, these were so juicy and tasty! The skin was also thin but did not break apart when you try to pick up the gyoza with your chopsticks, a testament to how well made they were.

I also tried Age Kinoko ($6.80) which are actually shiitake mushrooms stuffed with minced crab and prawn. These mushrooms are then coated in nama panko and deep fried till they turn golden brown. As for ramen, I tried two different varieties, namely their Wakayama Tonkotsu-Shoyu Ramen ($14.80) and the seasonal Sake Ramen ($15.80) which is only available at Orchard Gateway.

The Wakayama Tonkotsu-Shoyu Ramen combines creamy Tonkotsu broth with a lighter, shoyu based seafood stock to create soup with lots of depth. All the noodles at Shin Sapporo are also made fresh in-house daily and they offer 4 different varieties of noodles. This particular ramen was served with Hakata styles noodles which are meant to be firm, thin and straight. 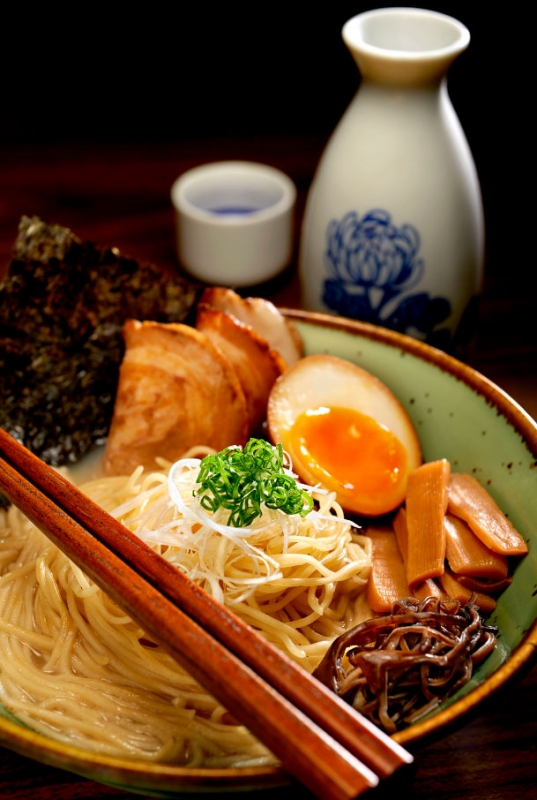 Shin Sapporo’s Sake Ramen was unlike any other ramen I’ve tried before. I expected the taste of alcohol to just subtly perfume the soup, but the sake definitely takes centre stage here. The lingering taste of the sake makes for a rich and flavourful broth but I would only recommend this to alcohol lovers as it can get a little overwhelming after awhile. Personally, I’m sticking with my personal favourite Tonkotsu broth. As for dessert, I didn’t expect a Japanese restaurant to do such a good rendition of a Chocolate Lava Cake ($8.80). I highly recommend that you order this in advance, as it takes time to prepare. The cake itself was soft, gooey and almost souffle-like in texture, while the lava core was simply perfection! 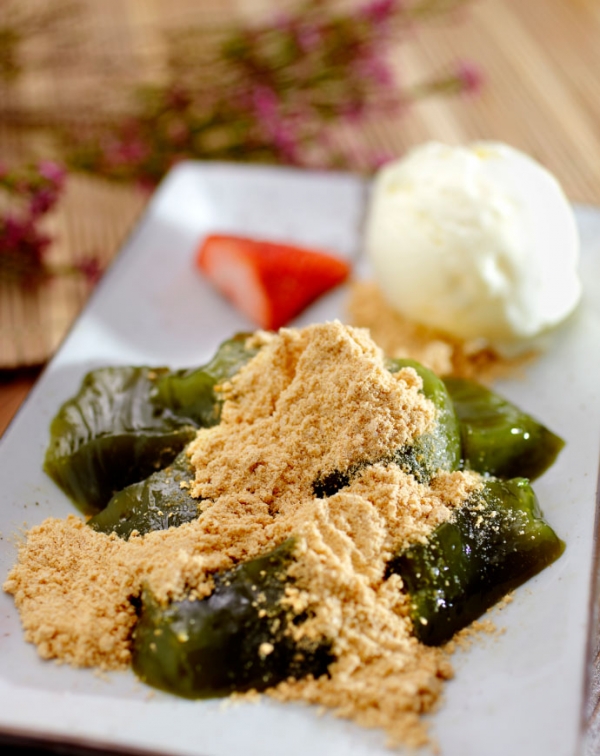 If you prefer something a little less sweet and more traditionally Japanese, Shin Sapporo’s Uguisu Mochi ($7.80) is an good alternative. The mochi has a very interesting texture as it’s firmer than most mochis that come with filling, but is still quite chewy.

Overall I really enjoyed the Gyozas, Wakayama Tonkotsu-Shoyu Ramen and the Chocolate Lava Cake. The soup was extremely satisfying and comparable to other famous ramen chains in Singapore. However, I would have liked it more if the noodles were firmer. The meat, while smoky, was also thinly sliced and underwhelming.

Shin Sapporo Ramen has 4 outlets all over Singapore and the latest addition to the ramen chain is at the newly opened Orchard Gateway. Getting there is a breeze because Orchard Gateway is integrated right into Somerset MRT Station!

This post was brought to you by Shin Sapporo Ramen