Held on the 20 and 21st last weekend, SantaCon saw over 3,000 Santas and Santarinas filling up the streets of Boat Quay. The TSL team was excited to be there, attending Singapore’s very first Santacon!

We headed down early to collect our goodie bags. There were plenty of Santarinas stationed around Boat Quay making it easy to find our way to the redemption counter. 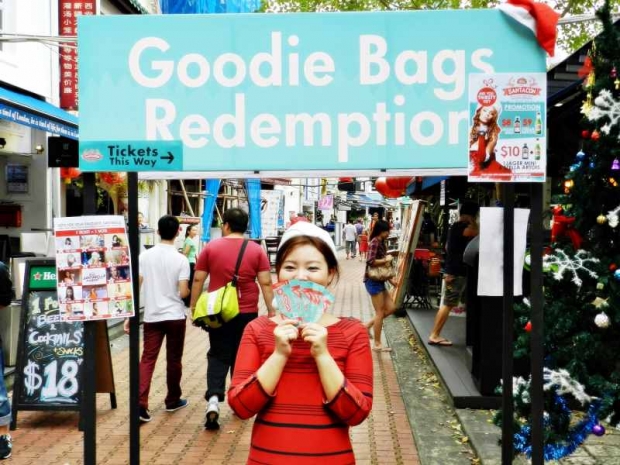 There were heaps of events going on and they had a special drink promotion going on. A bottle of Stella Artois + mini Jagermeister combo was going for just $10 at the participating outlets along Boat Quay! 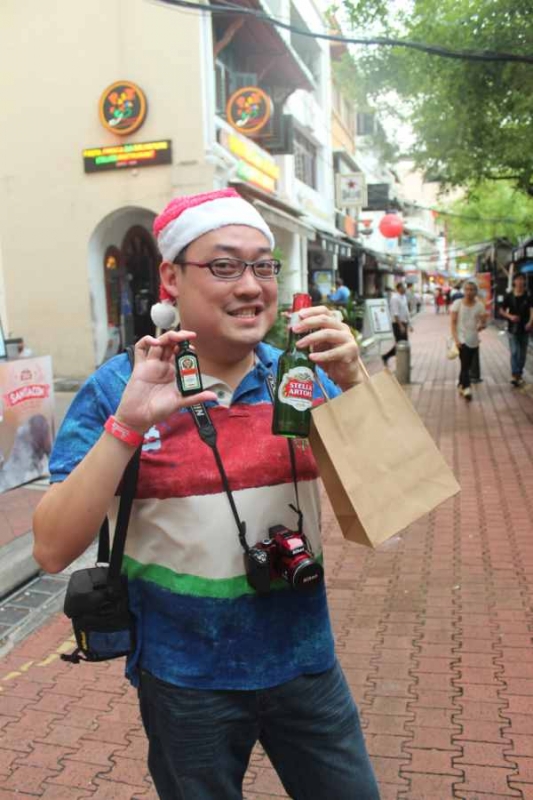 Purchasing this combo would allow entry to the Last Stag Standing contest where party goers battled each other in a Last Stag Standing game. We get a nice discount and a chance to win prizes too? Yes please! And it sure beats just drinking.

Each outlet had its own tournament tree and spectators could watch the battles being displayed on the screen. Losers had to drink! Apart from outlet winners taking home a big bottle of jagermeister, they battled the 7 other outlet winners to compete for the grand prize – a trip for two to Bali. Other highlights were the Santa Belle, Santa Crawl (Pub Hopping) and The Santa Swirl Pole dancing. 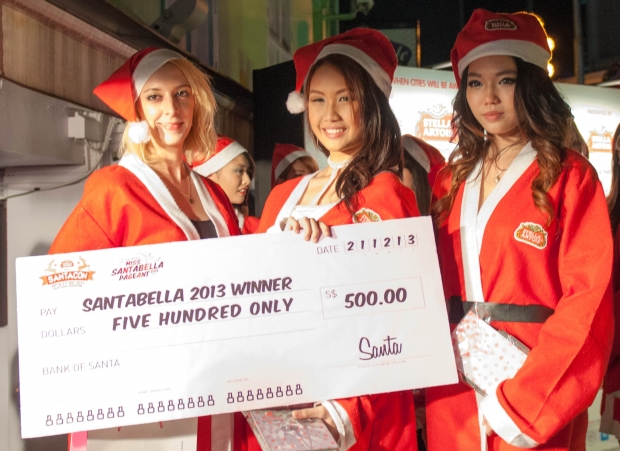 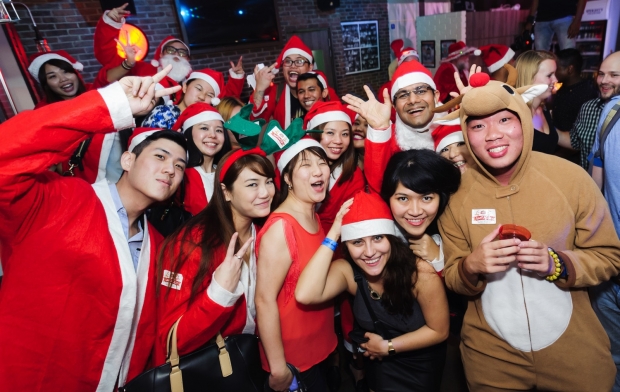 Not only did the streets come alive with Santas, there were plenty of events set up giving revellers more to do than just drink and make merry. The organising team were were friendly and helpful and helped make the event a fun lively affair. A drawback though was the lack of an official schedule or itinerary.

There was so much going on at once so sometimes we were just lost walking around or waiting for the next event and most got delayed. Hopefully it will be better at the next Santacon because this event does have a lot of potential and I can see it being even bigger in 2014!

We’ll be looking forward to SantaCon next year! Disclosure: Collaboration with SantaCon. Pictures above courtesy of SantaCon, Ivan Teh and TheSmartLocal