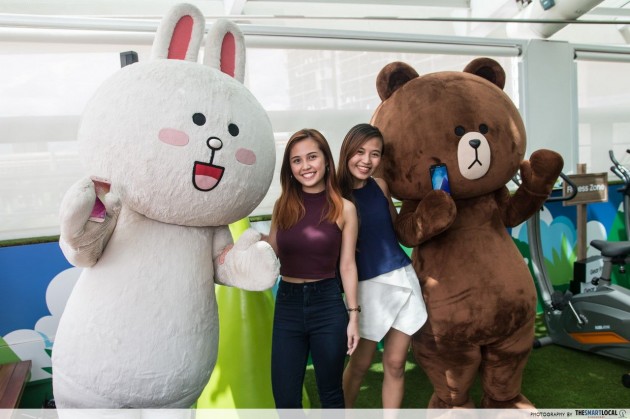 LINE FRIENDS seem to only exist in the  form of inanimate stickers of the perpetually shy and socially awkward Brown and his bae, outgoing Cony. For all the LINE FRIENDS out there, there is a pop-up store at Westgate (#03-01), from now till 2nd April from 11am – 10pm for you to immerse yourself in the world of LINE FRIENDS and catch first glimpse of the new Samsung Galaxy A (2017)!

Best part about this pop-up is that you might score freebies as #damnworthit as a brand new Samsung Galaxy A7 (2017) every week. If that sounds like something right up your alley, here’s  what you can expect:

Virtual Reality isn’t just for horror games, it literally opens doors to places you wouldn’t even have dreamed of.

Hop on the VR rollercoaster ride at the LINE pop-up store and experience the Six Flags’ Theme Park without having to fork out $2,000 for a flight to California. The experience works just like real life – turn your head to see what’s beside you, behind you, below you – and on this particular ride, just put on the headset, raise your arms, and sit tight while the chairs swing you off into motion.

Unlike other VR sets, Samsung Gear VR gets you a bigger field of view, smoother images, and super low light leakage and reflection prevention for the most realistic virtual experience. It also works seamlessly with Galaxy smartphones, so just plug in the Micro USB connection, and you can even do things like watch Netflix and play games. 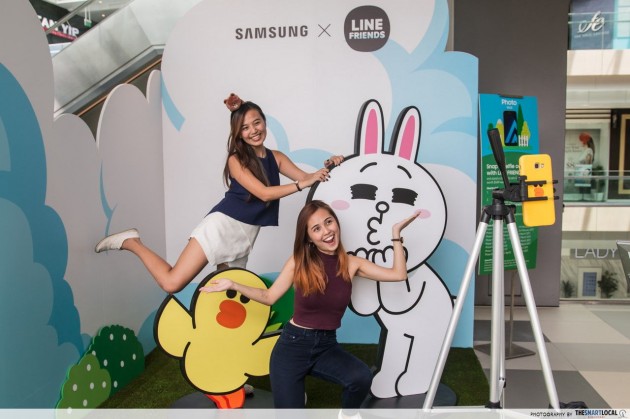 Most of us wouldn’t be caught dead with a selfie stick, but our pride results in badly taken shots with cut out faces or no shots at all. Turn on the gesture control function while taking a selfie on the new Galaxy A series (2017) to the test at their photo wall and you might just be walking away with a brand new Galaxy A5 (2017) (U.P. $548).

All you have to do is raise your palm, and their 16MP camera will run a 3-second timer upon detecting the movement before it snaps those shots that you get to keep forever. Don’t forget to load those snaps on your Instagram with the hashtag #SAMSUNGXLINEFRIENDSSG and #GalaxyA2017 for your chance to win!

Use Samsung Pay to get $1.50 off at Galaxy Cafe 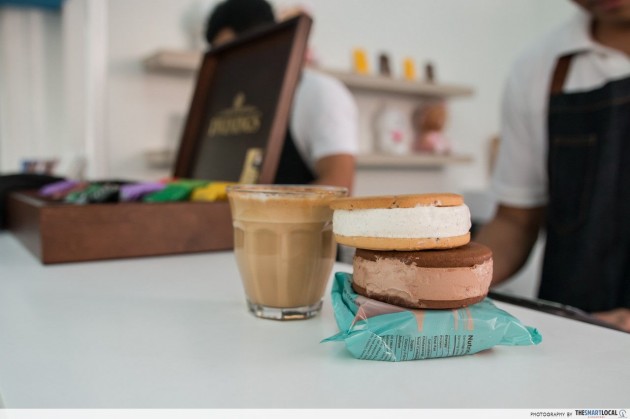 Replenish your energy stores and quench your thirst at the Galaxy Cafe within the pop-up store. Treat yourself to a hot cuppa, a popsicles or even one of their ice cream sandwiches and get $1.50 off your purchase when you make payment with Samsung Pay.

All you need to do is save your credit or debit card into the Samsung Pay app, select the card you wish to pay with, scan your fingerprint, and tap your phone onto the NETS machine.

Note: Activate Samsung Pay at the Galaxy cafe, and you’ll get a $10 Watsons voucher.

360 cams are gaining traction in mainstream media – if you don’t understand the allure, here’s what 360 cams can do: 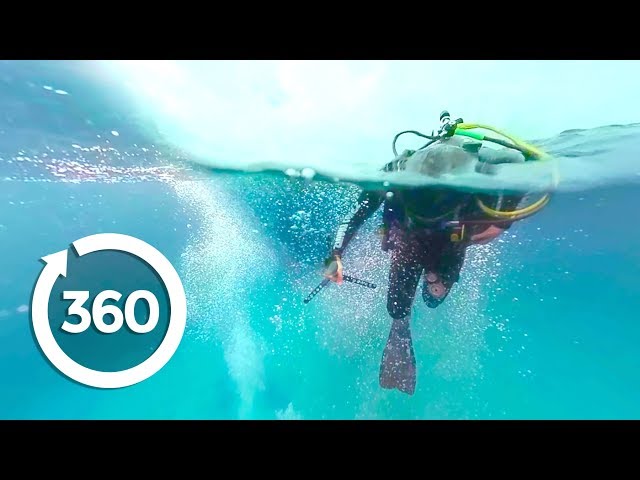 Of course, at the LINE pop-up store, 360 cameras mean we can fit more friends into our shot, and more LINE friends, naturally. 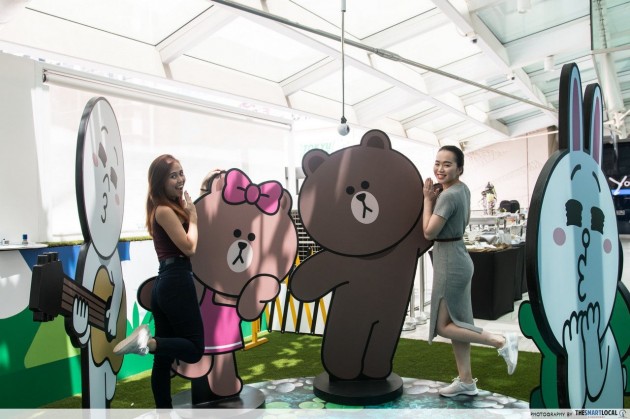 For those of us who have a lot in our lives to capture, and a normal camera doesn’t quite do your experiences justice, you’ve got the Gear 360. With the option to use either of the 2 in-built cameras, you’ll always be ready to capture everything in both photo and video.

It also helps that the aperture goes as low as F2.0 for low light situations, giving your photo the life and detail you see with your naked eye.

Like the A series, the Gear 360 is dust and splash proof. The best part is, that you don’t have to wait till you get home to view your photos – just pair your Gear 360 with your Galaxy smartphone via Bluetooth, and watch your memories replay in crisp clarity.

Upload your 360 shot to your IG and hashtag #SAMSUNGXLINEFRIENDSSG and #Gear360 and score a Gear 360 (U.P. $498) to up your photography and videography game. 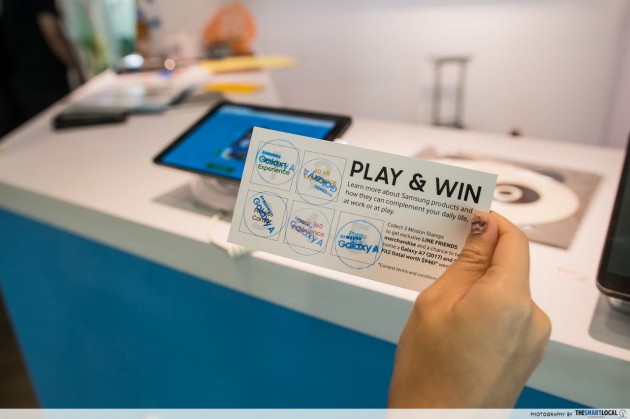 You won’t leave empty-handed after you’re done – remember to get a chop on your redemption card after you’ve completed every zone. As long as you complete 3 zones, you’re entitled to a sure-win draw, where you can win Moleskine x LINE Friends notebooks and other adorable LINE FRIENDS merch. 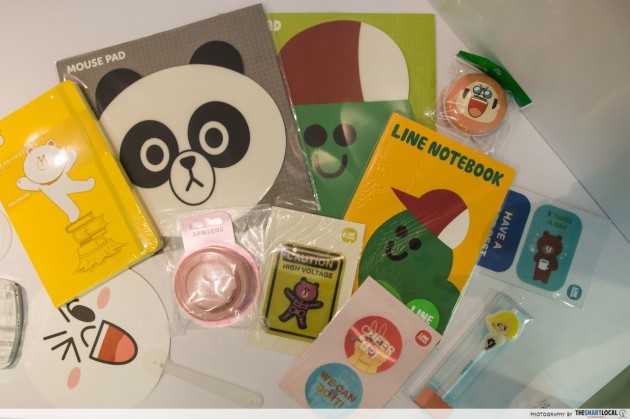 Samsung Galaxy A Series (2017): Keeping it lifeproof for millennials 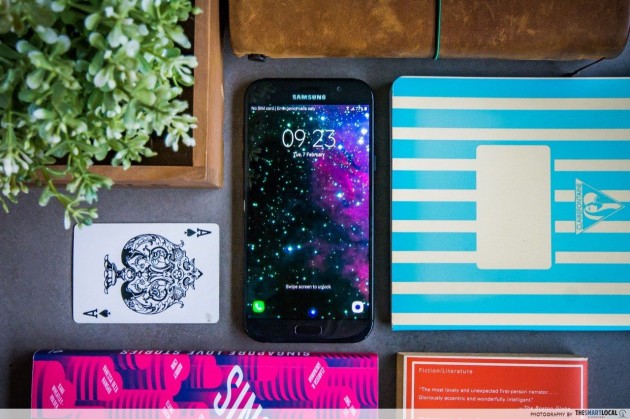 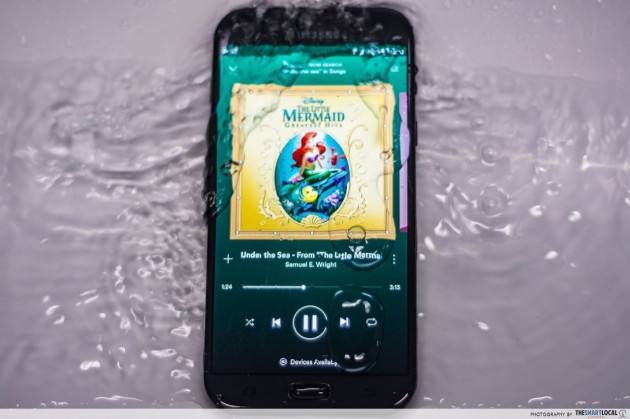 With 16MP front and back cameras, extra storage for all your memories and IP68 waterproofing, your adventures will be captured in pixel perfect precision no matter the weather. To finish the millennial-proof killer combo, Samsung Pay lets you go cashless, and all this goodness is packed within a zero-protrusion, sleek metal beauty.

And for the millennials who shun from commitment, the Samsung Galaxy A5 (2017) and A7 (2017) are priced at $548 and $648 respectively without a plan, and come with the same tech specs, the only difference between them being their screen size. Adorned in 3 colours – Black Sky, Gold Sand and Peach Cloud, they’re the perfect match for those looking for an inexpensive but fully functional phone for life’s everyday adventures. 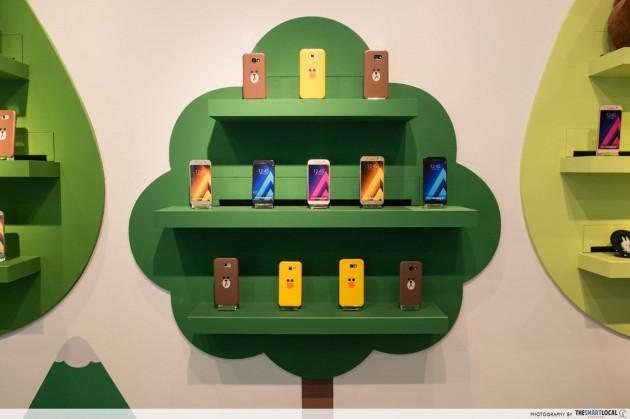 LINE phone cases also retail for $38 at the store 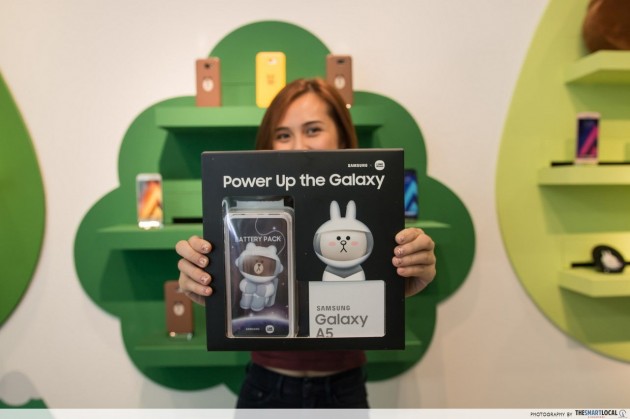 And to make sure that you’ve got enough juice to last your phone all day and all night, Samsung is giving complimentary LINE FRIENDS Battery Pack (5200mAh) (U.P. $108) with every purchase of a Samsung Galaxy A (2017). 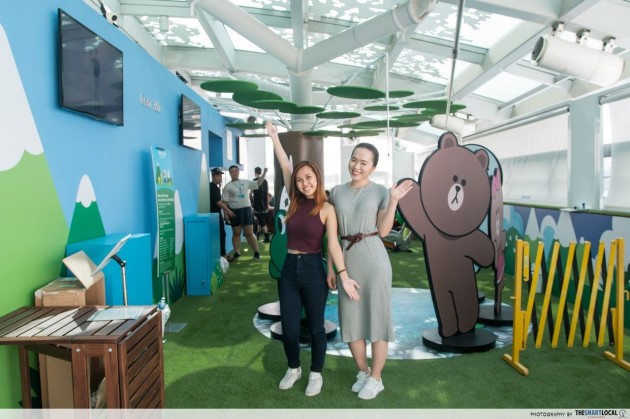 Whether you’re with friends or family, you’re bound to create lasting memories, cemented in your FOC 360-degree photos, wefies with LINE FRIENDS, and all the freebies you’ll take home. The opportunity to win Galaxy A (2017) smartphones, a Samsung Gear, and LINE goodies at a grand total of $0 doesn’t come by easy, so head down with your favourite people!

The Samsung x LINE FRIENDS pop-up store is located directly above the Samsung Experience Store, and the nearest MRT is Jurong East.