As part of the 20th anniversary celebrations of Reebok’s Pump Fury series, Reebok has partnered with local labels Limited Edition and Hypethetic to recreate this iconic shoe. The shoes were unveiled at an exclusive launch held at f Club complete with VIPs and previous designs of the Pump Fury. 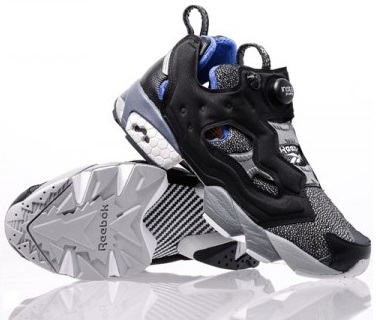 Its no coincidence that these shoes are truly something to marvel at as the labels Limited Edition and Hypethetic were selected precisely for their design forte in the cult fashion market in Singapore.

Hypethetic founder Joe Cher a.k.a. TwistedJoe was given appointed to give his artistic take on the Pump Fury classic. He is no newbie to the world of sneakers and has in fact been customizing sneakers since September 2006.

He has since won award for his work and has been commissioned by huge brand names like Nike, Adidas, Superga and Converse to name a few. Hypethetic launched their clothing line in 2010 and TwistedJoe continues to grow and develop the community of sneakerheads in Singapore.

Every aspect of the shoe design has been thoroughly thought through. TwistedJoe drew his inspiration for the pump’s mottled black and grey upper from the lethal ‘Devil Ray’.

The shoe also boasts silver Reebok, Limited Edition and Hypethetic logos, two metallic silver stars to represent the 20 year legacy, a metallic chrome accent on the heel and blue inner lining, perfectly combining both a sense of class and elegance with the “street” factor essential to any sneaker. 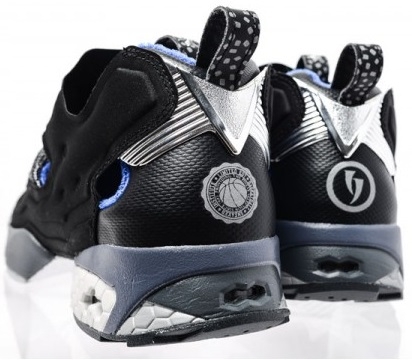 Each pair will come with an exclusive box that has been individually numbered. The box itself its impressive as well, as it features a holographic design by art house WHALERABBIT. Its fabricated from polished translucent black acrylic, accented with a hexagonal holographic glow and a magnetic lock with nickel-plated logos to boot.

Along with this, a special edition, not for sale t-shirt will also be given out with each purchase. The Limited Edt x Hypethetic x Reebok Instapump Fury Box Set will launch on the 19th of March at the Limited Edt Chamber at Marina Bay Sands and will retail for S$249.00 nett.

There are only 175 pieces available worldwide and its no surprise at all, given its beauty and exclusivity, that the pieces are already completely sold out!