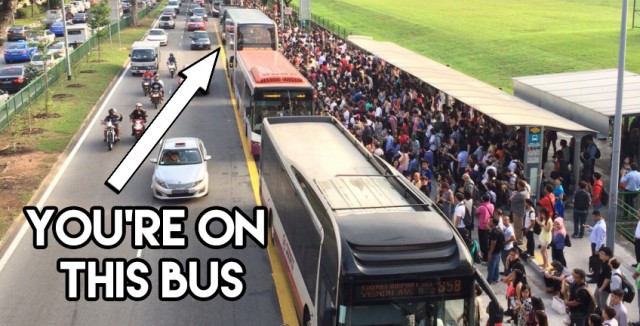 Whether it’s an 8am class or another work week, a usual day for most Singaporeans just simply doesn’t start until we’ve had our fill of dealing with peak hour commute. We’ve all been there – being the first person in queue after not being able to squeeze in the 3rd bus in a row. Or having a conflicting moment with your morals, deciding between if you want to be a gracious citizen who queues for their spot, or just go rabak and barge in the moment the doors open.

The moral, physical, mental and emotional struggle we have to go through at least 5 times a week is real. You’ll bound to identify with these 12 peak hour situations if you belong to those of us that travel to and from work/school via our vast networks of public transport.

1. When you’re the first person to NOT make it into the train 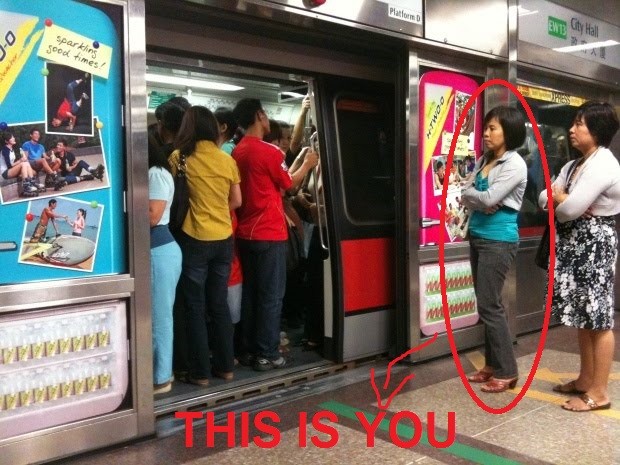 After 2 trains and 8 minutes, my internal dialogue goes a little like this : “Oh my god, thank you lord for the train, because my back is basically a drenched mess and I am just 1 minute away from being late.” And as the train door opens, a good crowd alights and being in the interior of the train is within sight and the air con radiating on your face is a godsend.

Just when you thought you have *finally* made it, you become the first person to not make it into the  train. The following 10-seconds involves you trying to eyeball and see if there are any possible ways to squeeze in before allowing reality to sink in. A melodramatic scene then ensues in which you make sad eye contact with those who successfully boarded the train.

2. When the train gets stuck right before your station

After an hour of standing on the train that never seems to end, eyeing everyone who looks like he might vacate his seat soon, you’re so close to your destination that you can virtually see it. Then you hear the train announcement jingle, followed by “This train has stopped here for a short while, as the train ahead is still at the station.”

The urge to exit and walk to the station is like nothing you’ve ever felt before. And the knowledge that you can’t just adds fuel to your inner fire. So near yet so far!

3. When you don’t have any personal space to fish for your earpiece

The best way to describe our morning trains and buses is using a tin of Ayam brand sardines. So early preparation is always key. By “preparation”, we mean essentials like plugging in our earpieces and carrying our haversacks with both straps on our shoulders.

From the moment you step into the train or bus, the only movement you can take is probably wriggling your toes and ears to keep balance. You won’t even be able to reach that itch on your nose without elbowing someone in the face. Yes, it’s that tough. But in the meantime, it’s music in, world out.

4. When you use Death Glare on commuters and it’s super ineffective

This is usually a paradox because we usually exhibit the behaviours we hate too, especially during peak hours. If you ever were as bo liao as I was, people watching during morning and evening train rides, you’d have realised that people are usually squeezed like sardines at train entrances, while commuters can relax, stretch out and even read the papers in the middle! What atrocity is this?!

As for the bus, refusal to move in is just heinous and should be made a crime, pronto.

5. When your $10 note gets REPEATEDLY rejected by the top-up machine

Not all top-up experiences are made equal. Some have it easy, while the rest have to try and try again. You know how it goes, you place your card and select ‘Add Value’, then “Payment By Cash”. Then it’s just one last step before you finish your transaction and off you go. Then the machine rejects your note. 5 times. For no reason.

You aligned it to the left, made sure the note is as smooth as a pearl, and it still gets rejected. The episode usually ends with you restarting the transaction paying via NETS served with a ‘tsk’ and death stares from the aunties behind.

6. When people hog the escalator exit

You see the sign where the train is arriving, and the next one only comes 5 minutes after. You’re already pass the gantry, your winning shot comes when you sprint up the escalator and dramatically slide into the train as it begins to close. It sounds oh so picture perfect, but the escalator is congested.

And by the time you see catch the slightest glimpse of the train, you hear the announcement “train doors are closing.” You curse internally because you knew for a fact you would’ve been in the train if not for the hoggers. 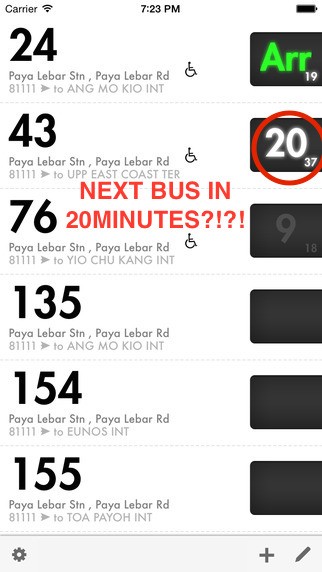 Sometimes, the smallest of detail and time saved count, and we’re talking about mere seconds. I mentally stab myself when I see my bus and run for it like mad only to miss it anyway. But that isn’t the worst, hardly. You take a look at the next bus’ arrival timing and it’s a whopping 20 minutes away.

What usually happens after is me questioning if I would have made the bus if I had dried my hair 5 seconds faster.

8. Said bus arrives the moment you board the Desperation Taxi 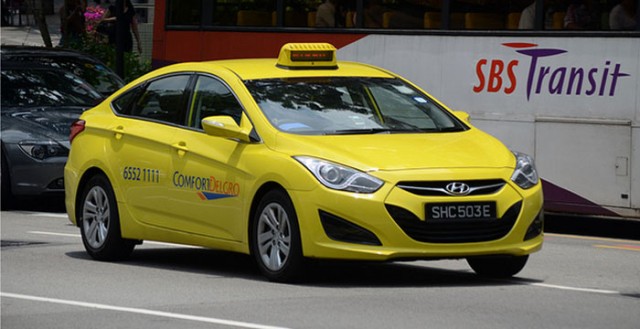 It clearly states on the bus app it’s gonna be another 20 minutes before the next bus arrives. So you spend the next 5 minutes contemplating if you should take the cab or just wait it out. And at that time, you see a cab coming your way and decide it’s a sign from above that you should arrive at work in true baller style.

And as your ride stops at the first traffic light, you see a jumbo-sized double decker bus there next to you. That moment your hands clench and you close your eyes wondering why you didn’t mull over it for another 30 seconds. But the app said twenty minutes! Saying that your feelings were cheated is such an understatement.

9. When the universe gives you a traffic jam the moment you see your destination 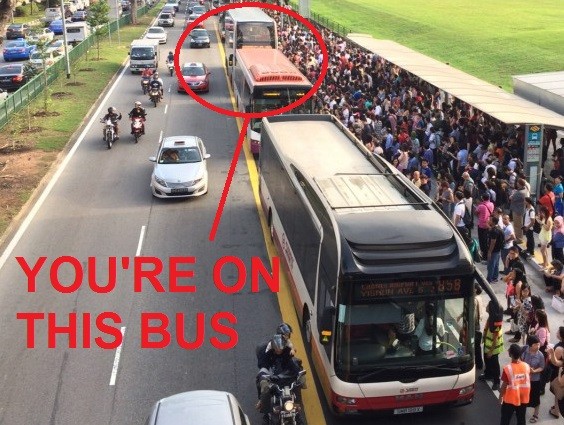 Now this is a personal struggle that I go through from time to time and it hurts just thinking about it. This is how the the scene usually sets out: the time is 8:57am, just 3 minutes before I’m officially late, and all the bus has to do is to make a turn and I can just Usain Bolt into the office and make it just in time.

Then at the curb, the bus stops and stays still for the longest 3 minutes ever. And the most painful part? The bus-stop is just 10 steps away. Thanks, universe.

10. When you’ve identified an optimum boarding spot then the bus moves

You know how it is during peak hours, where buses take forever to arrive, then all at once. It’s fine when the bus you’re boarding is the first one to arrive. The heart wrenching moment comes when the bus you wanna board is lined up at the back, and you gey-kiang (act smart) by finding a spot in between that guarantees you a place.

You know where the bus is going to stop, your card is out, you’re ready to enter the promised land and then… the bus in front drives away. And just like that, what was once the optimal boarding space is now nothing but a random ground where you face the middle of the bus. There goes boarding this bus.

11. When the person in front of you can’t find her card 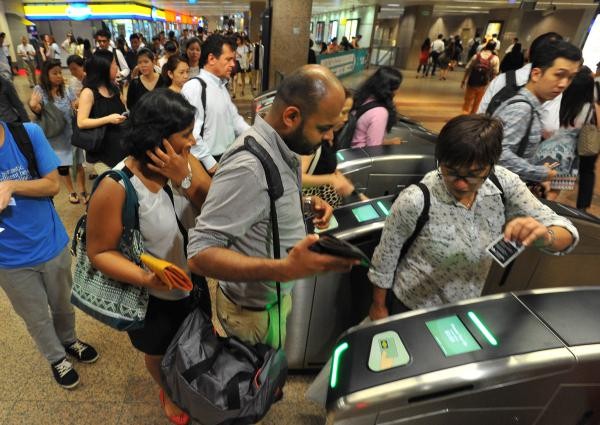 Aiya, must tap one ah” Source

Maybe it’s the Singaporean in us that got too lazy in the morning to even attempt finding our cards and retrieving them from our bags, but auntie, molesting the gantry in hopes of it scanning your card is not the way to go. Even if I can overlook that, the internal cry for salvation is real when these aunties do that for a good 10 seconds and still not get through.

And if you’re at the right place at the right time, you’ll be directly behind that person who only starts to look for their card when they are at the gantry – as if they’re on a personal mission to ensure you miss the coming train. Excuse me, can step aside anot?

12. When YOU are that gantry hogger.

Sorry gals, looking at you for this one. It’s a far too common sight when my female friends would quite literally sweep all their belongings from the desk into the bag in 2 seconds – only to panic when they actually need something. In most instances, wallets and phones.

Nobody likes gantry hoggers, and it definitely isn’t a pleasant experience when you become one. With groans, stares and temper flares from people behind, our morning can be dampened before it even starts. In situations like these, please leave the queue, find the card, and then rejoin the queue. Thanks.

The Struggle is Real

Taking peak hour commute in our concrete jungle today is a job in itself. Whether it’s squeezing into the already packed train or missing the bus by a mere second, the struggle and pain is something every Singaporean knows. But lucky for us, we have some MRT hacks to help alleviate the situation. One undiscovered hack however, is merging cards. 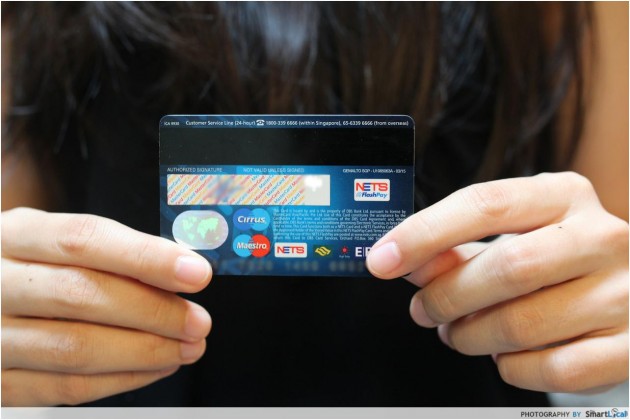 With NETS FlashPay, what was once just a gateway to your finances is now your key to travelling around the island too. Yup, by integrating our MRT and ATM cards on a single piece of plastic, we can bid farewell to switching cards and burrowing deep in our bags to get these elusive items. 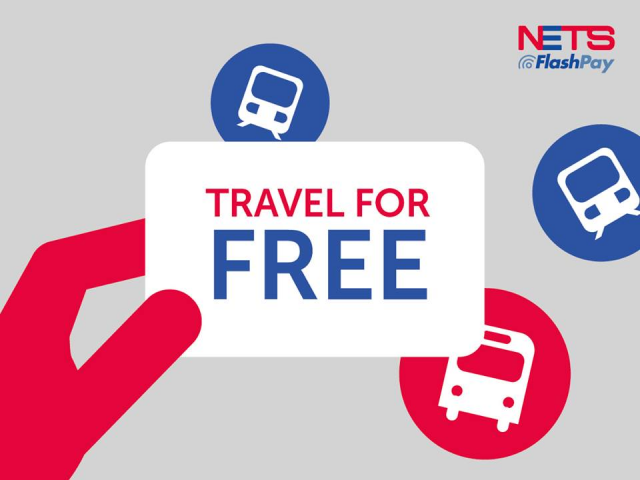 What’s more, you get to save big when you commute with this trusty card. To encourage you to experience the convenience of using just one card for all your daily payments , you’ll get a 10% rebate with every $10 top-up to the NETS FlashPay on your bank card. To redeem the rebates, simply head on to any Add Value Machine Plus (AVM+) aka the purple machine at the selected interchanges. And voila, it’s like getting paid to travel.

What are you waiting for? 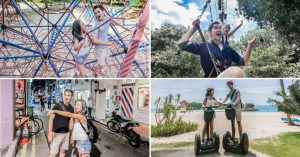