In this blog I will share my HDB search and renovation process which was quite a tiring one but I felt we ended up making really good decisions that may be useful to some of you out there!

Our search for our HDB was a relatively quick one, we saw about 20 flats and in the end settled on a flat in Chinatown. We were initially leaning towards a 3 Room HDB 60sqm flat in Redhill which cost about 380k, then we saw this 2+1 62sqm flat near Chinatown which was 100k cheaper! Simply because it was considered a 2 room and not a 3 room! Oh man what a humongous difference.

Yes we stay in a small 2 Room flat and I don’t care if it means I save 100k thank you very much! Not only was it slightly bigger, it had a far better location literally just opposite Robertson walk and nearer to the city with great En Bloc potential so we figured we would just get that instead and spend the money we had budgeted already on a nice holiday and doing up a good renovation, because clearly, a lot of work had to be done. The flat was in its “original condition” and the neighborhood was really old, one of the other negatives of this flat. 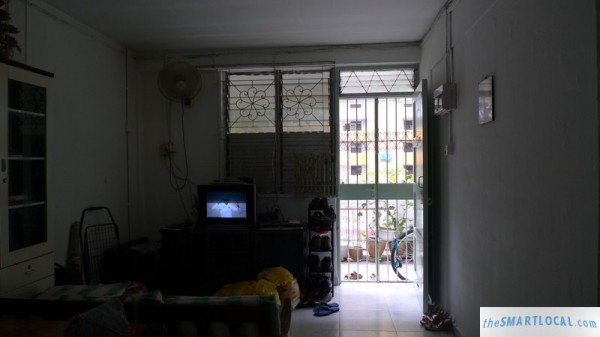 So with that out of the way it was now time for our renovation hunting! This is where renotalk.com was an extremely valuable resource. I spent a ton of time “quality controlling” by spending days surfing through blogs and user reviews, and after many calls and research, it came down to just 3 renovation interior designers I had shortlisted to visit. The first was actually a firm I found on the web before renotalk. I had this flawed view at that time that if the website looks good, the firm probably is successful thats why they had the money to develop a good website, and a nice big showroom to boot and was actually super confident that I found my dream designer when i stepped in the showroom. Oh how wrong I was! It was a huge company with a sprawling and impressive showroom the finishing looked great. The designer engaged to us was like an overweight, smoking and unkempt uncle who didn’t seem to care at all at what we wanted. He probably was successful enough based on the company’s size / image alone and stopped caring a long time ago. I was quoted 28K and got the vibe that he was a terrible contractor and never bothered to contact him again. My search for the company later on renotalk confirmed what I had learned – flashy showrooms are stlyish websites are not an accurate representation of the service you will get.

The second firm we saw had a good reputation on RenoTalk, I loved the blogs his clients posted and he had a great reputation at his previous company. His office was tiny and he was a 1 man operation so I immediately became skeptical and started asking questions about his past work, experience and for pictures of his recent projects etc. He was very patient ant accommodating and we found him to be very sincere and as for his background, he recently separated from his partnership at his previous firm to make a firm on his own. I loved the past work that he showed me and felt like I could completely trust him, especially since we were newbies we could  easily get cheated by “hidden costs” and all of that and I was certain he was not someone who would do that. Still his small office made me feel like I was going to be taking a risk. He also formulated the design with our very weird and vertical kitchen from the floor plan provided which we absolutely loved. He quoted me about 23K

The third firm was a successful and moderately big one which had a good reputation on renotalk as well. The young contractor attached to us seemed to be more like a salesman and had this whole smooth vibe going. I was quoted like 21K, the cheapest of the lot and he promised lots of cost savings everywhere recommending many areas where we could save money. I just didn’t feel safe at all when talking to him and felt like I would have to chuck out some hidden fees later. I also got the vibe he was more of a smooth talking  salesman than an experienced contractor who knew his stuff very well. Still, the quotes he provided gave us some sort of leverage to gain a discounted rate from the other IDs! So yes, you should always see at least three interior designers for this very reason.

Based on the renotalk blogs we saw but mostly on his sincerity and his creative solution for our weird floor plan, I decided on second person we saw, aka Roy Tan from Ir Design.  And it was one of the best decisions we made, as you will  be able to see in the pictures shortly! What sweetened the deal even more was not having to pay an extra 7% in GST in Roy and his one man company, which the other companies charged, as they collectively made more than 1 million in revenues per year. Anyway enough talking! Now on to the pictures, complete with before and after!!

The Living Room Before & After 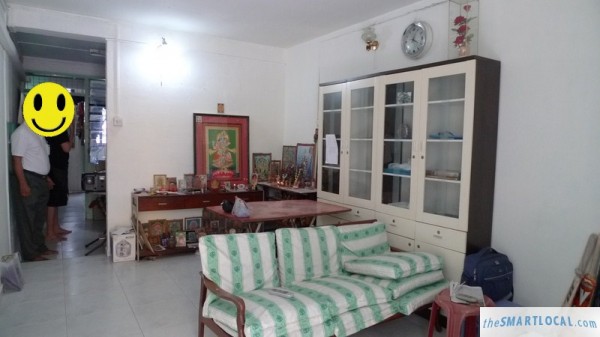 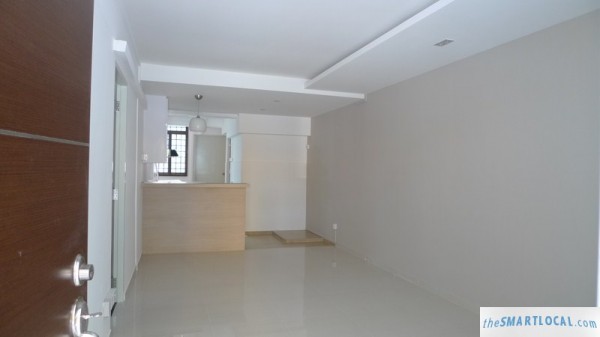 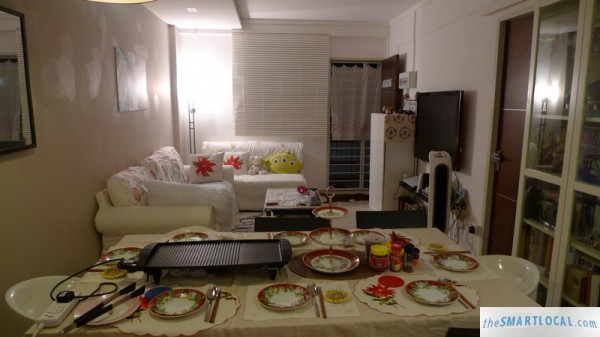 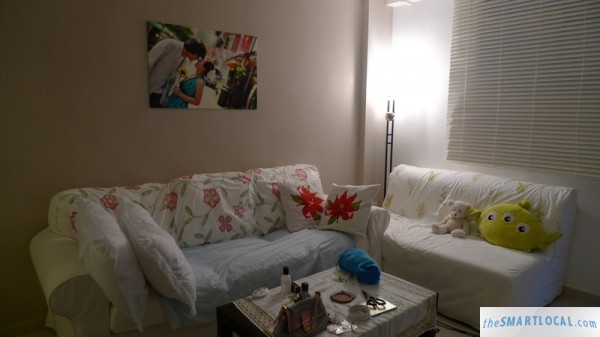 Kitchen Before and After 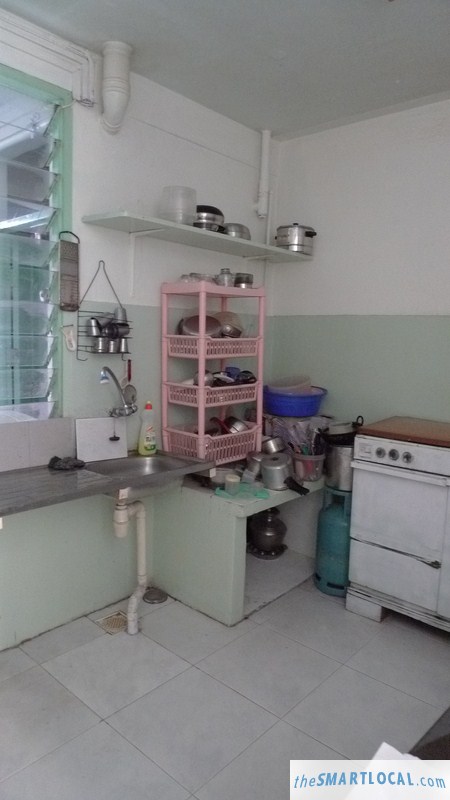 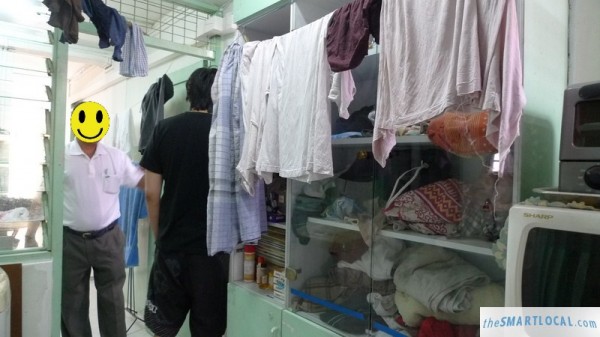 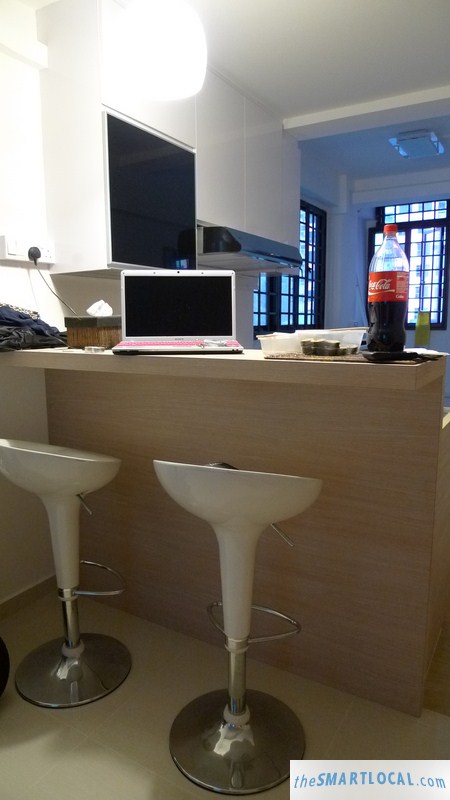 Bathroom Before and After 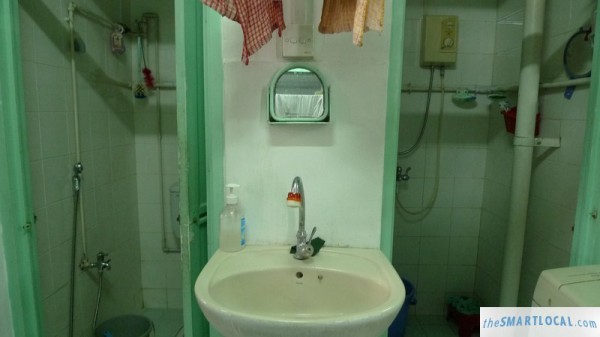 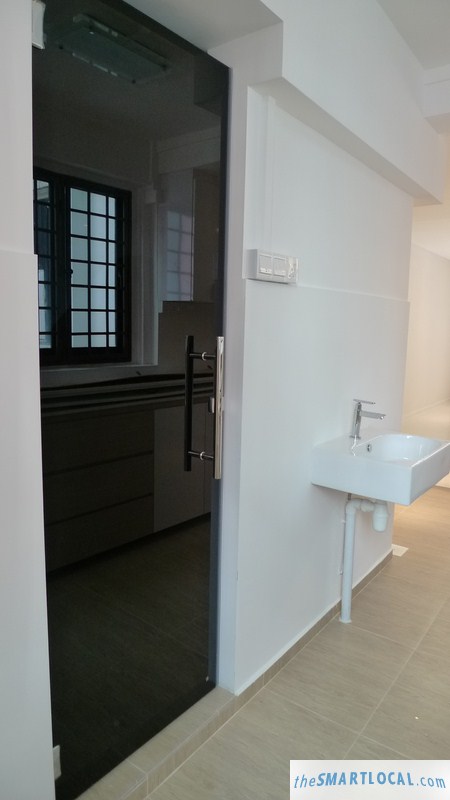 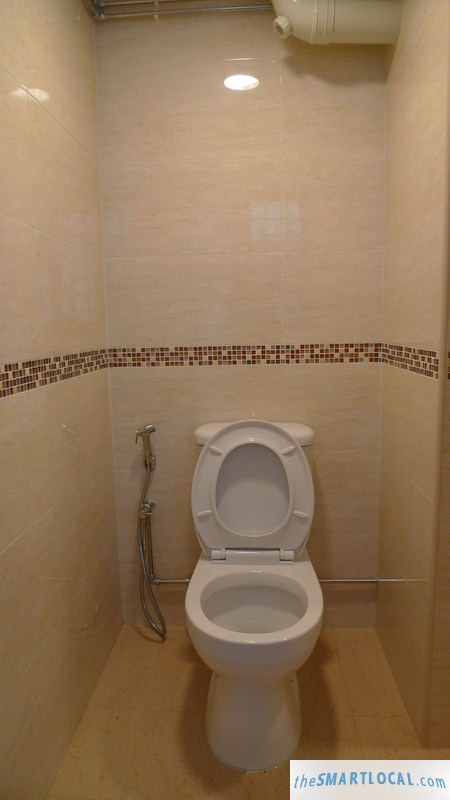 Bedrooms Before and After 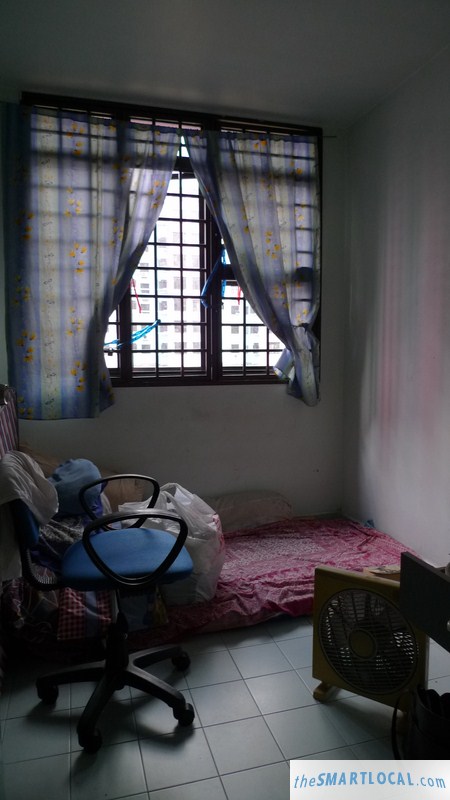 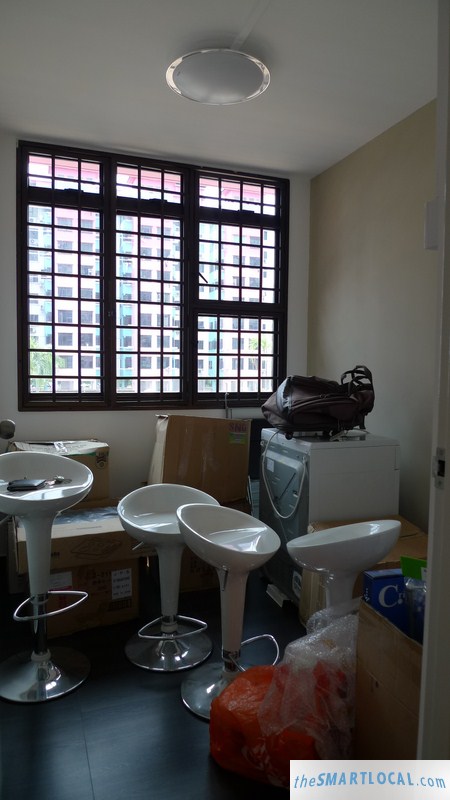 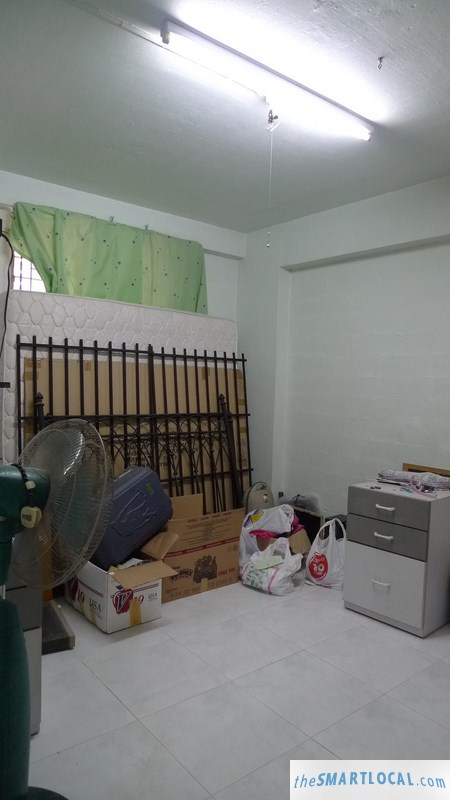 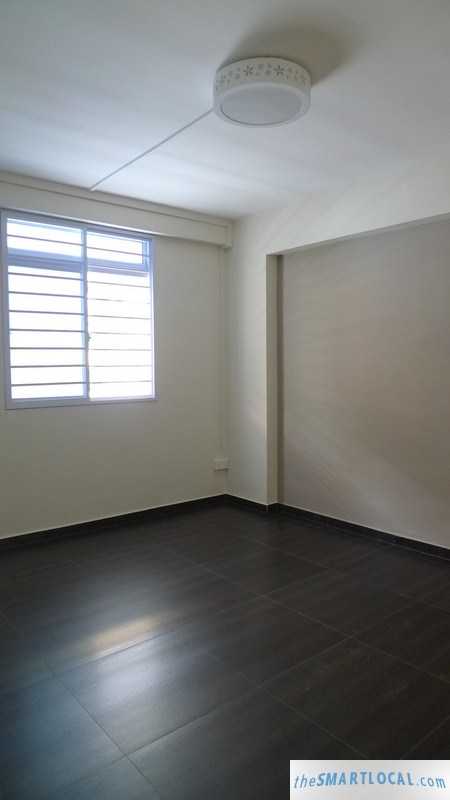 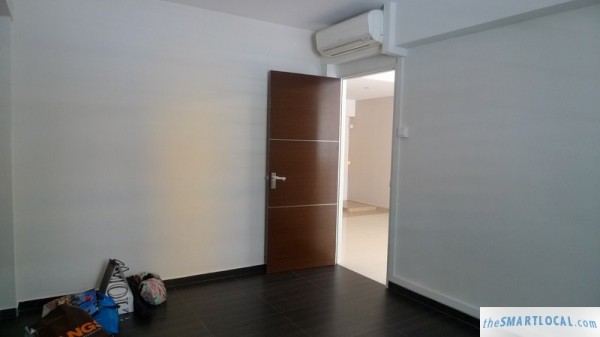 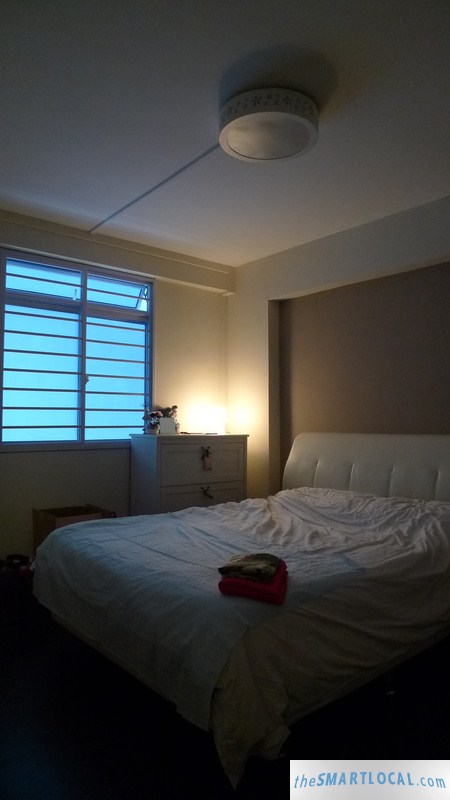 Roy provided us with: 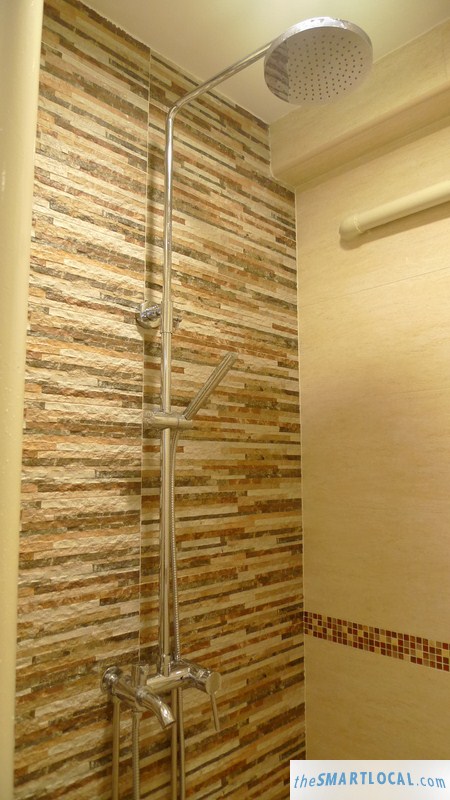 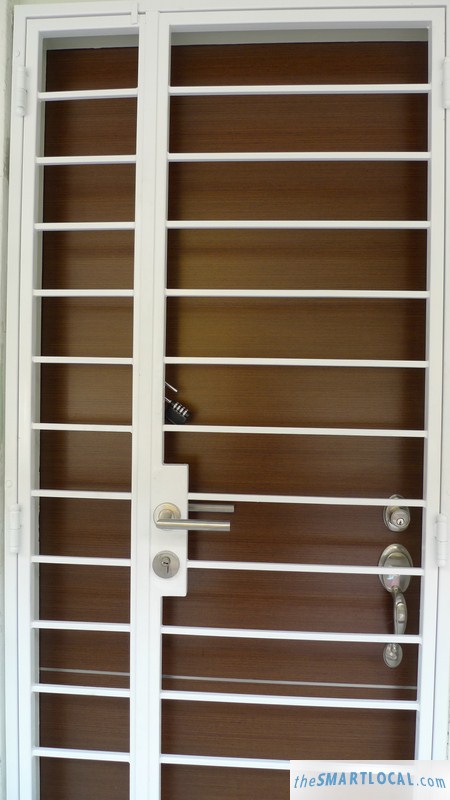 Once again, thank you Roy for doing such a phenomenal job. I would rate him 10/10. For those interested his website can be seen at http://www.irdesignsg.com and his contact number is 9007 3306. He was previously from Inzen design and there are a lot of good reviews on renotalk if you search the old thread. There are also a couple of blogs which I am very grateful to his other clients for posting, which gave me the confidence to use Roy. I am extremely happy with his service and the work he has done, and will recommend them to anyone looking for renovation for their dream home.

Some other renotalk.com client blogs

Hope you enjoyed reading, do share your own renovation experiences or ask any questions you have in the comments 🙂 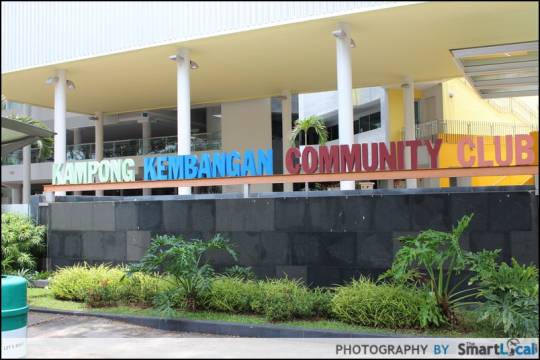