Chendol Soya Milk, Gingko Nut Bean Curd and Pizza Mushroom Pancakes – these are but a few quirky products in Mr Bean’s inventory. These products were launched years ago, but their staying power till today shows that Mr Bean is doing something right, experimenting with flavours nobody else would.

Since its inception in 1995, Mr Bean has been pushing boundaries with its daring experiments with food. However despite success with the innovative flavours, Mr Bean’s iconic Classic Soya Bean Milk remains its best seller.

With the affirmation of Mr Bean’s popularity as a Top Brand in the F&B Category in both the 2013 and 2014 Influential Brands Study, I had to find out what makes Mr Bean’s soya bean milk such a hit amongst Singaporeans. I ventured into the heart of Orchard Road to the outlet at Wisma Atria to suss out the process behind that fresh cup of soya bean milk.

1. The beans are imported

Mr Bean’s soya beans are brought in from North America where they are planted and harvested under stringent quality control requirements. Upon harvesting, the beans undergo rigorous tests for quality, non-GMO modifications, colour and weight to ensure they are of a specific shape and size.

Well, kinda. Each bean is Identity Preserved (IP), meaning that each bean can be traced back to its original parent plant. It’s like having a label, and you can be picked out at any point of the production process.

After getting the stamp of approval from North America, the beans are packed and shipped over to Singapore, where another round of quality checks are conducted, ensuring that the soya milk you drink is of the finest quality.

Once the beans have passed the quality checks, they are are soaked, ground, and brewed in the special machine. The entire process takes approximately 5 hours. 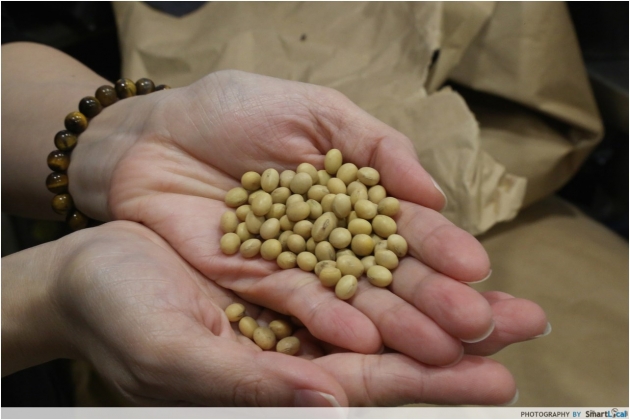 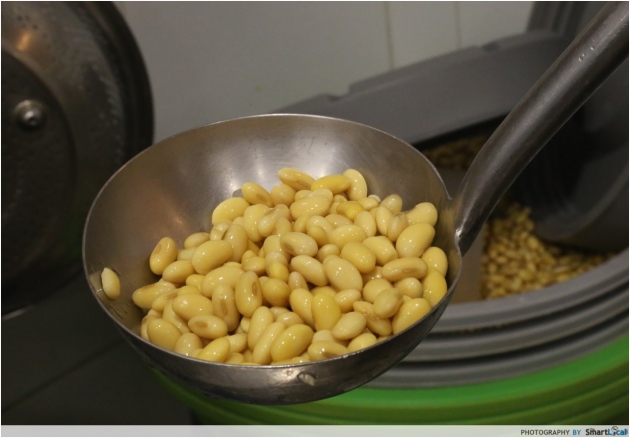 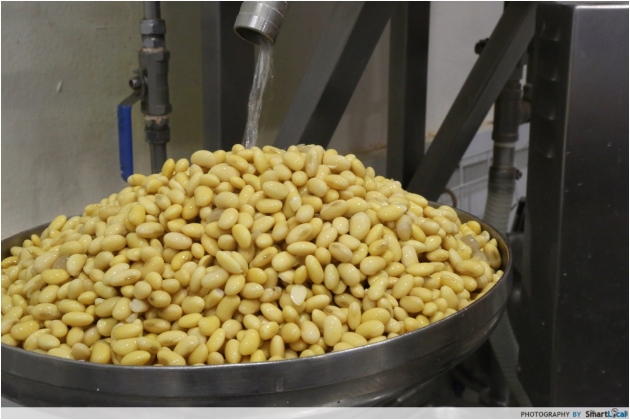 Beans ready to be grounded and brewed into soya milk

I arrived just before the soya beans started to brew, and was greeted with an aroma of fresh soya bean milk the moment I stepped in. 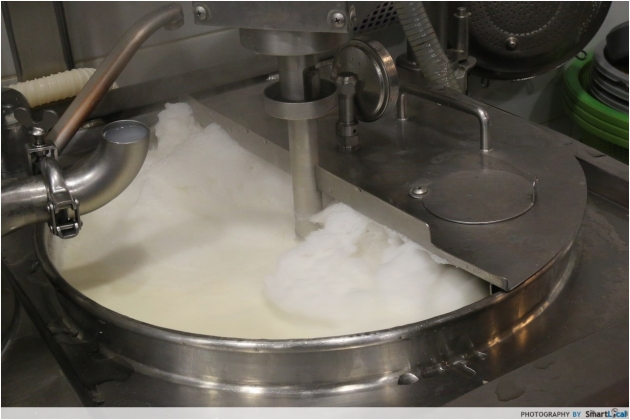 Check out that heap of foam!

The brewed milk is released through a tap at the side of the machine into various containers where they are filtered manually with a filter mesh bag. Foam gets filtered out, leaving pure soya milk ready for consumption! 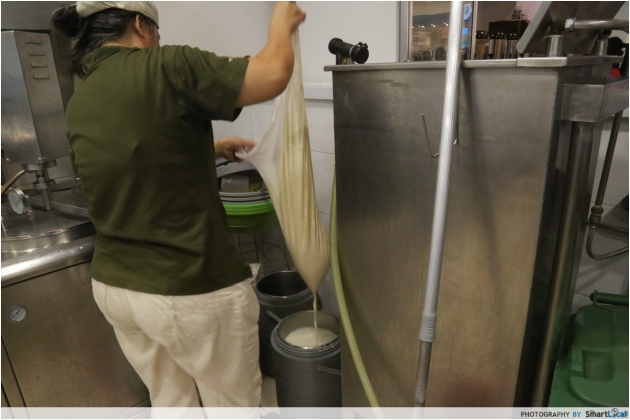 Aunty goes through this process about 5 times a day

These containers of soya bean milk are then segregated – some to be chilled, some to be kept warm, others to be made into soya bean curd, and not forgetting those set aside for my favourite Mr Bean Soya Bean Ice Cream. I can never resist the creamy delectable goodness of the Soya Bean Ice Cream. Plus, it’s guilt-free with its lower sugar and fat contents, earning it the Healthier Snack Label from HPB. 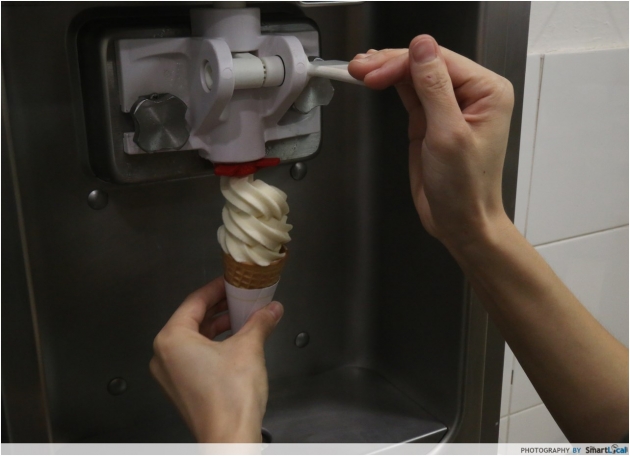 What I learnt from Mr Bean

It’s impressive how a simple soya bean can be so versatile as an ingredient. Apart from being compatible with a myriad of other flavours, the soya bean is also the main product behind tofu, soybean flour, soybean oil and even soya sauce! In fact, soya beans are the matured versions of the Japanese edamame bean! I definitely didn’t know there was so much to a mere soya bean.

I was also heartened to know that despite the challenges of the F&B industry, Mr Bean still keeps everything au naturel, standing firm on its promise of delivering quality and pure soya goodness to its consumers.

Today, Mr Bean prides itself on a strong corporate philosophy – where constant research goes into producing healthy and creative products. With a visionary management team and a commitment to providing new and delectable products, Mr Bean has expanded its operations to China, Japan and the Philippines and is poised to expand rapidly in the region. 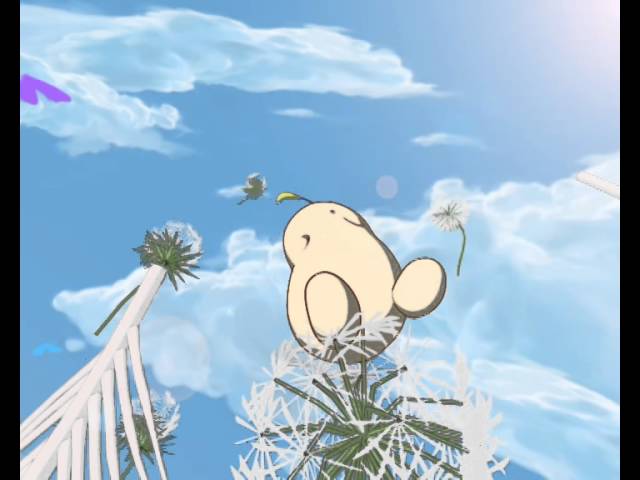 Influential Brands seeks to identify consumer preferences, their behaviours, values and to understand how the ever-changing environment affects consumer experience in the purchase journey. The programme is tailored to enrich the brands’ relationships with their consumers through ongoing meaningful conversations and engagement.

This post is part of Influential Brands 2014, where we highlight the most influential brands in Singapore.

A Day Out With Frankie, The Liang Court Mascot
Hippopotamus Restaurant Grill - Eat Like A Hippo At Affordable Prices!